The flight back to Auckland passed without event: I was actually able to sleep most of the way. My car was where I had left it, at the Airport Gateway Motor Inn and despite the fact it had just been sitting there for several weeks, started without complaint. Just as well, because I had a Christmas dinner awaiting me and I didn't think the AA would be all that keen to attend on Christmas Day.

My family had plans to head to the central North Island on Boxing Day: my two brothers are keen four-wheel-drivers and so we had an outing to the 42 Traverse in the Tongariro Forest Park. It follows old logging tracks: 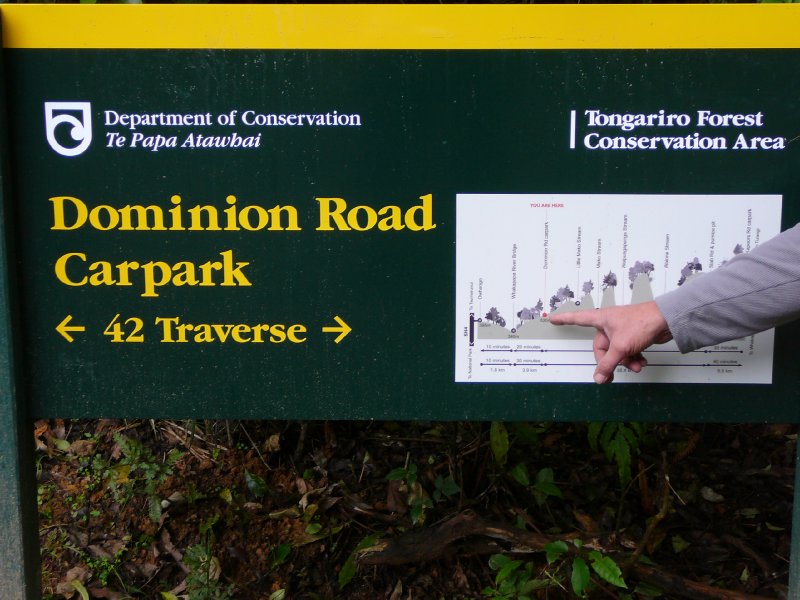 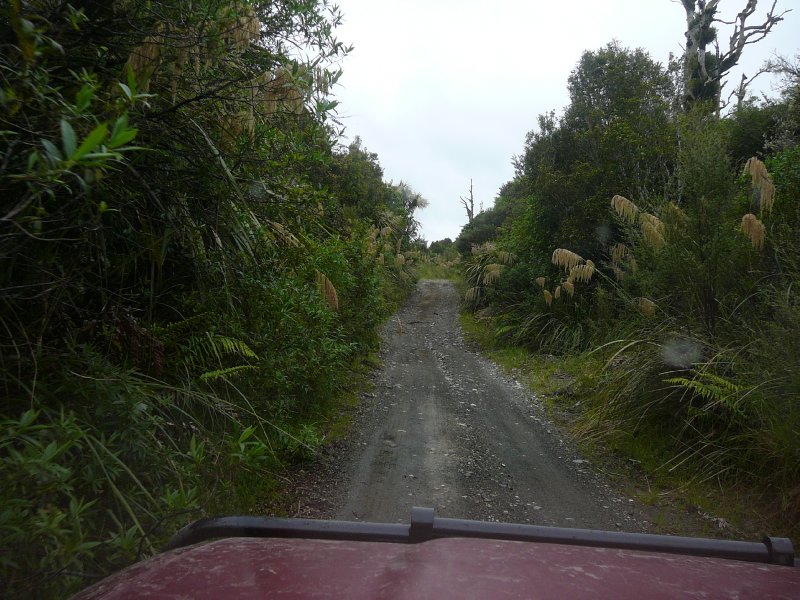 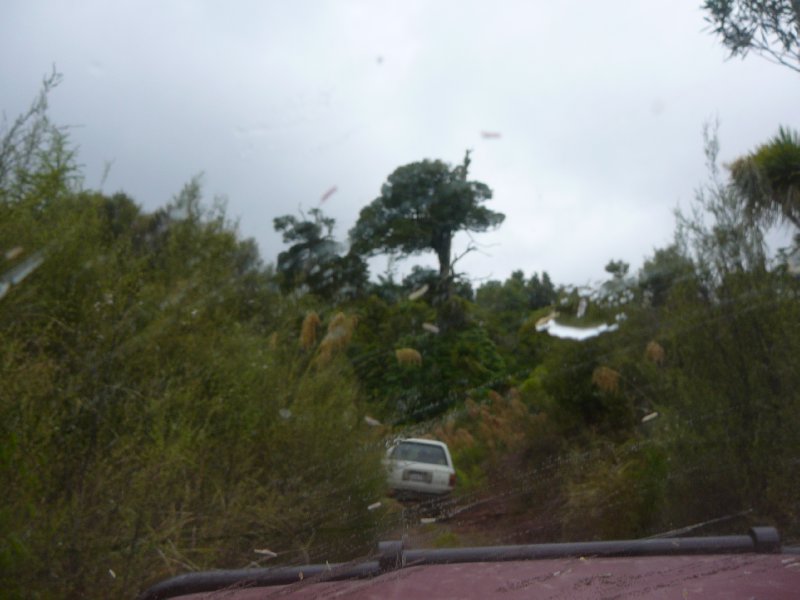 and has some spectacular views: 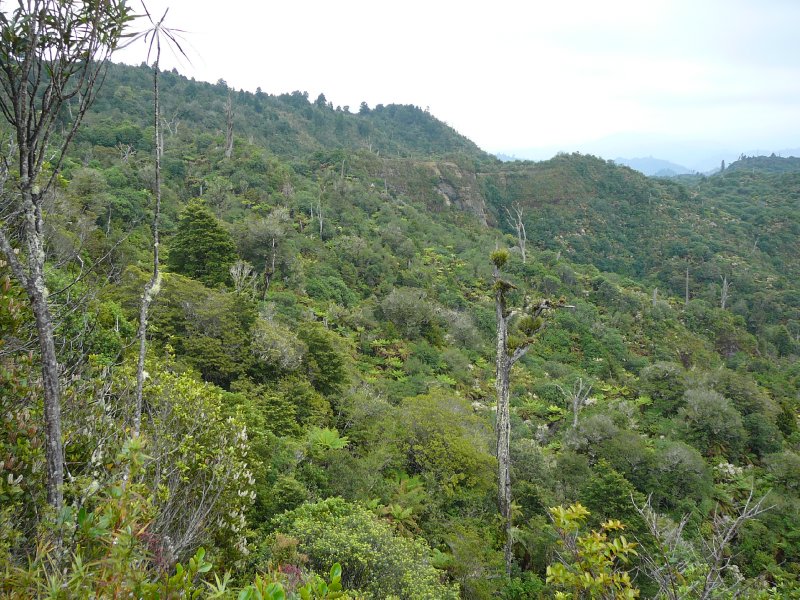 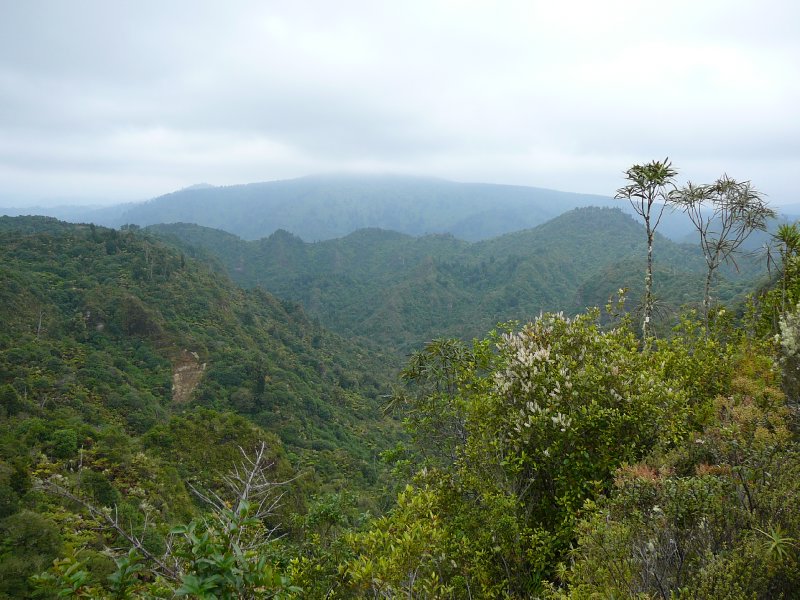 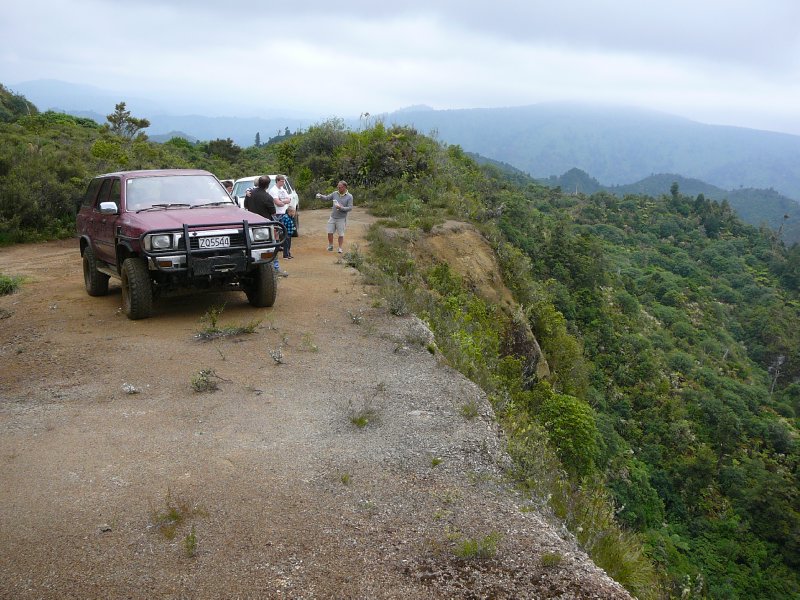 Along the way we met a gentleman who is walking the length of New Zealand - he seemed quite keen to sop and chat. 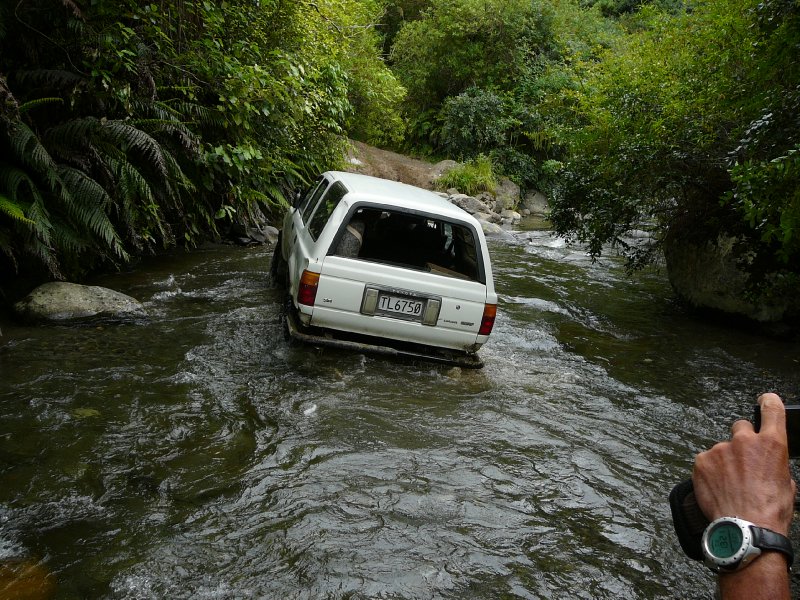 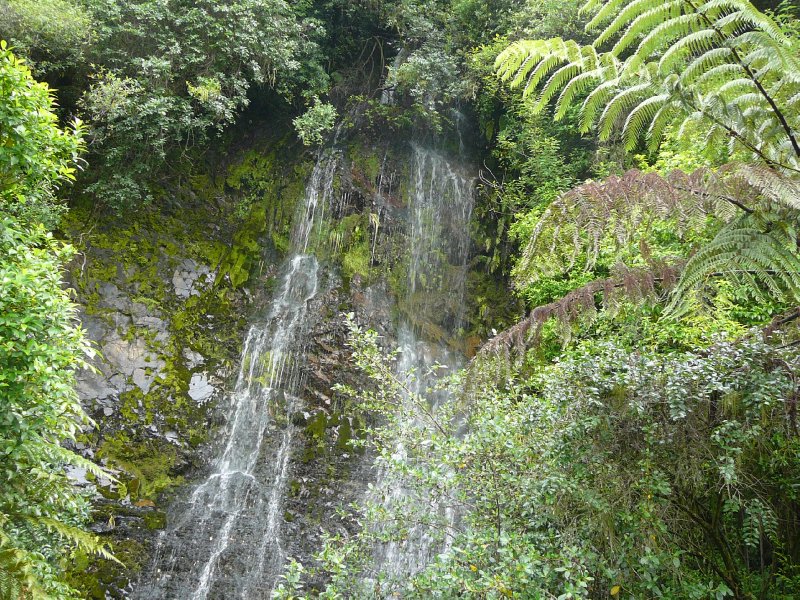 At the end, we found a piece that was more like a funnel than a track but we had to go through: 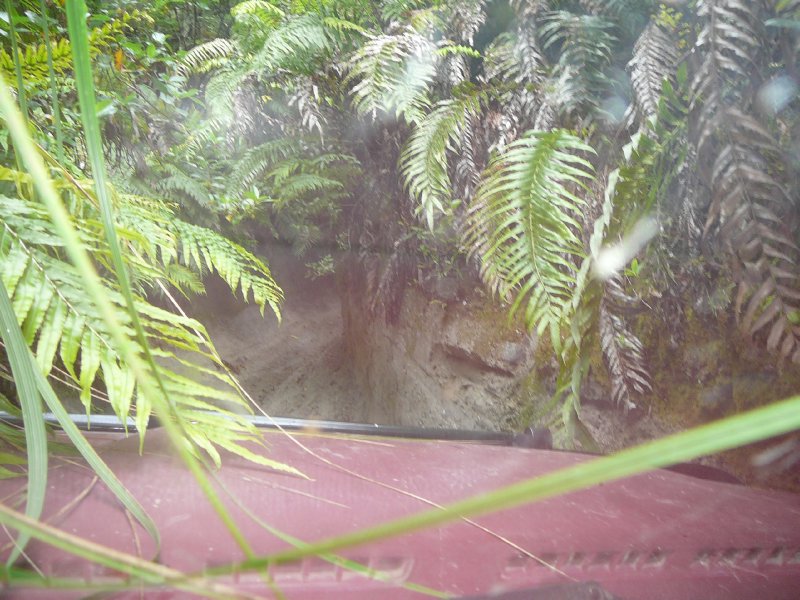 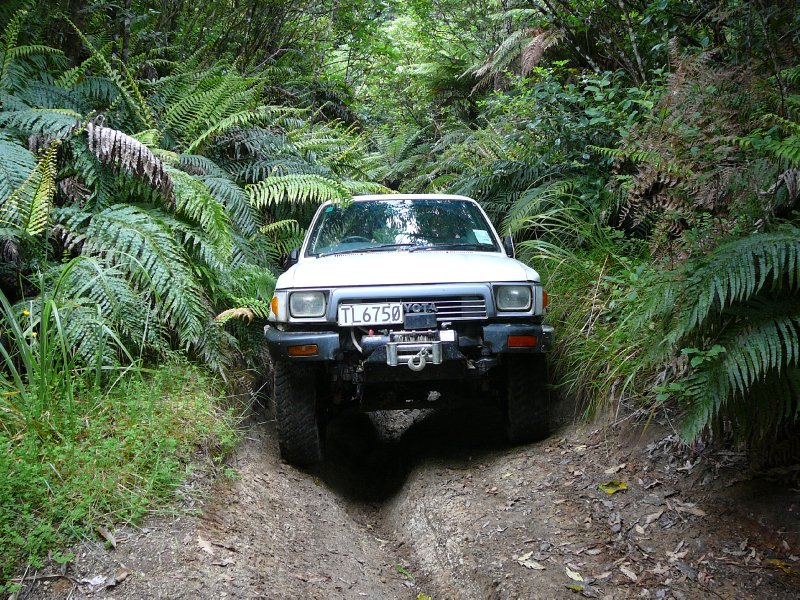 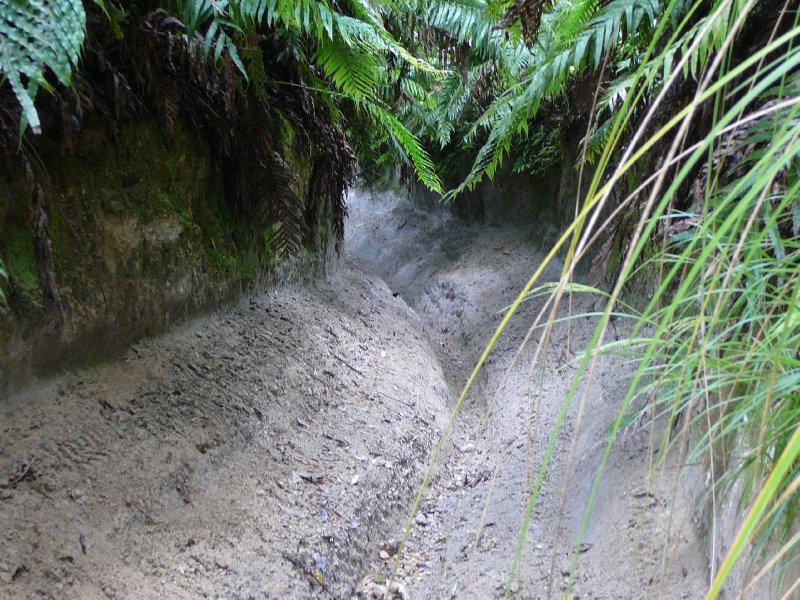 As all the guides say, the track finishes at the Owhango pub, so we had to stop in for a beer and a snack before heading back to the Park. On the way we encountered Raurimu Rex - the fellow who made this, Jack Marsden Mayer, has made quite a few sculptures of this sort, making up a "forgotten world" in Wade's Landing Lodge at Raurimu. 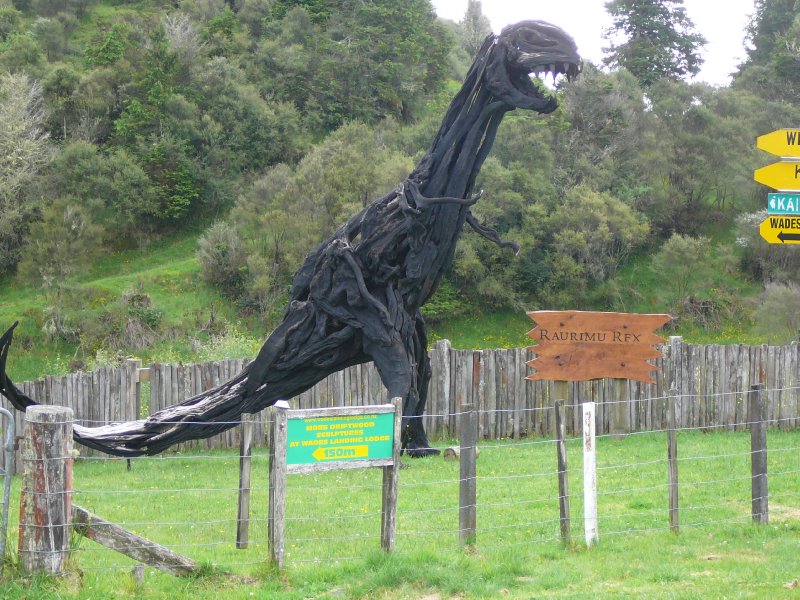 There was going to be a phase two to my trip but things change and I was home for the New Year. I found it odd that these guys were all lined up in the same spot at Kelly's Bay (in Northland): 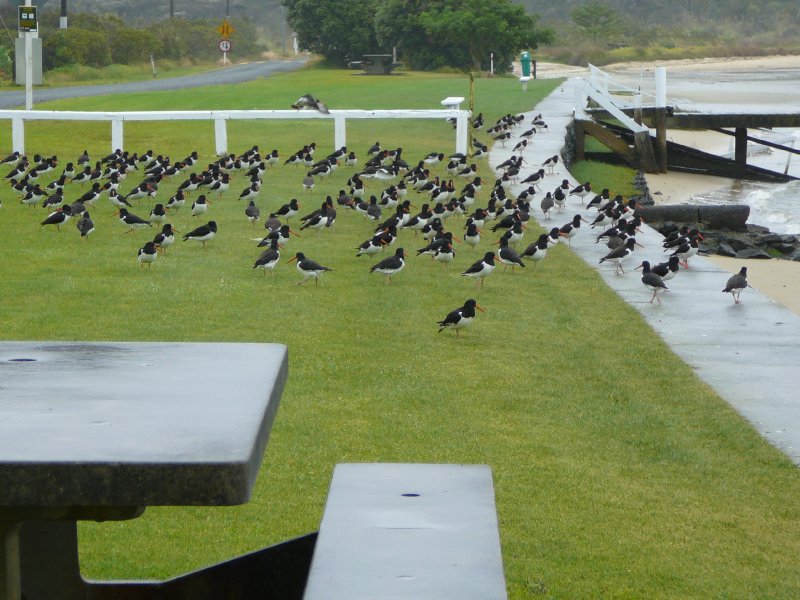 And to finish off with something completely random, when I was growing up, every so often we would go to the dog trials, where dogs are put through their paces at herding sheep. Down south, they do things differently! 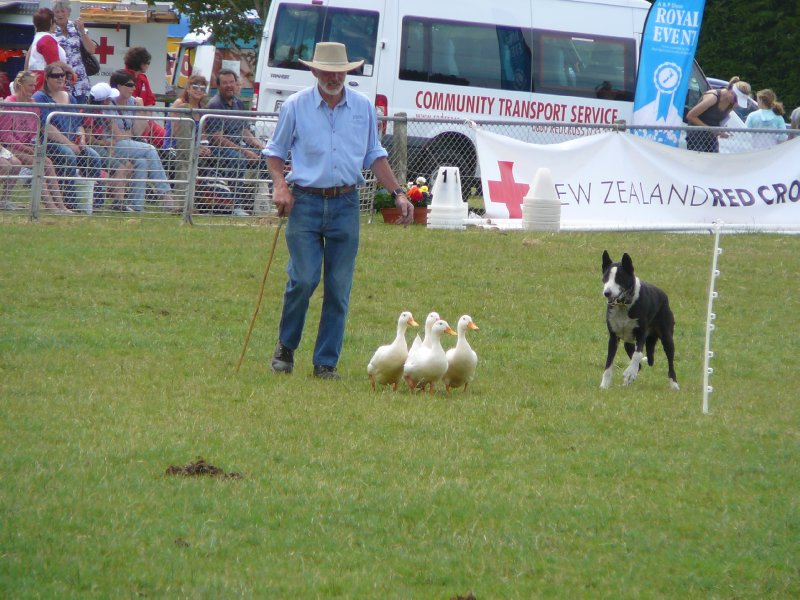 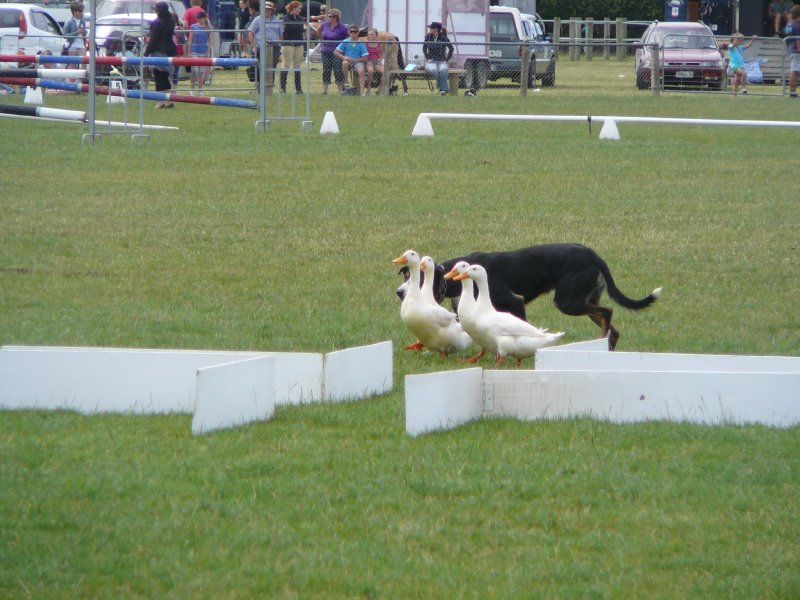