I'd built Chinatown up in my mind a wee bit. I was actually here, when I first came to Hawaii a couple of decades ago, but my only significant memory is of garish plasticware and kitchen equipment for sale and a general down at heel feel. This time round, I'd read a couple of blogs and hundreds of reviews on tripadvisor and yelp as well as stolen some ideas from a gastro-tour leader. I was really looking forward to all sorts of great things to eat in Chinatown after a fairly taxing day at the Arizona Memorial - and then found that it is a lunch-time only sort of place. If I wanted to eat in Chinatown proper, I'd have to eat Vietnamese - which is not a problem, just not what I was expecting at all. I ended up at a diner, well a modern take on one, called Downbeat where I had a pretty average burger (the one at the cheesecake place was much better) and a couple of rather good beers. 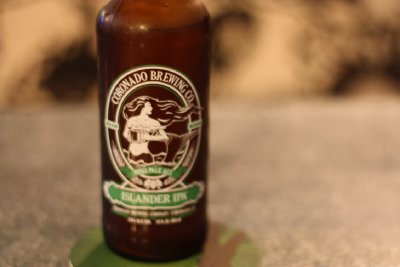 My research had led me to expect this to be hipster central, and there might have been a few there, but it was a mixed crowd and the place itself was nicely turned out - here is what they put on the seat covers 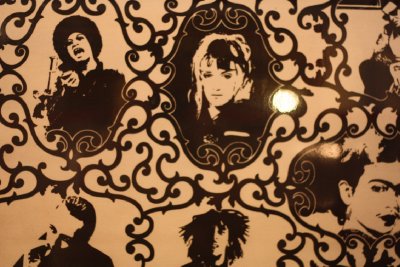 I had very much wanted to stay in Chinatown and in the end it would have made a lot of sense to do so as I was there every day, but there really is nowhere to stay. I did have several pretty good walks around Chinatown - it is pretty modest looking, still down at heel with a few interesting old buildings 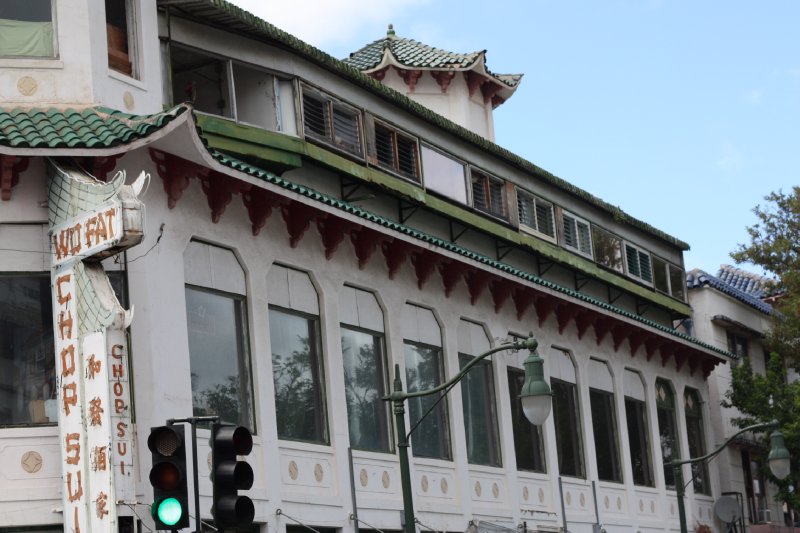 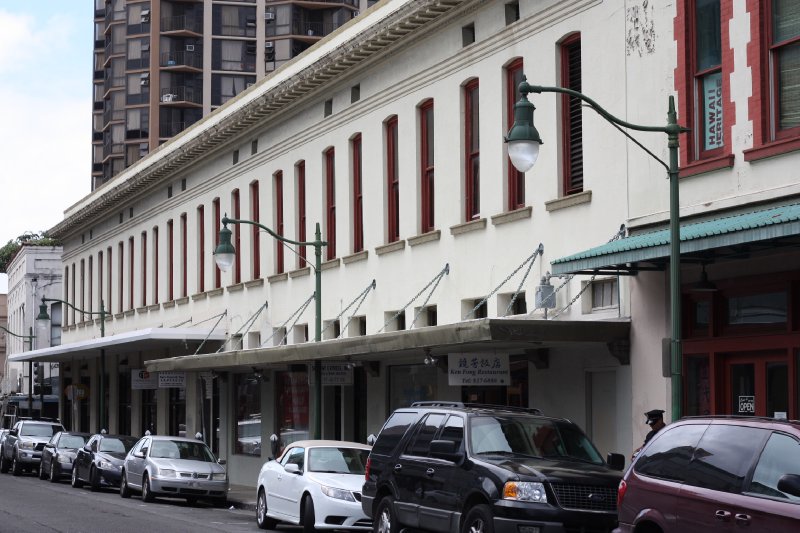 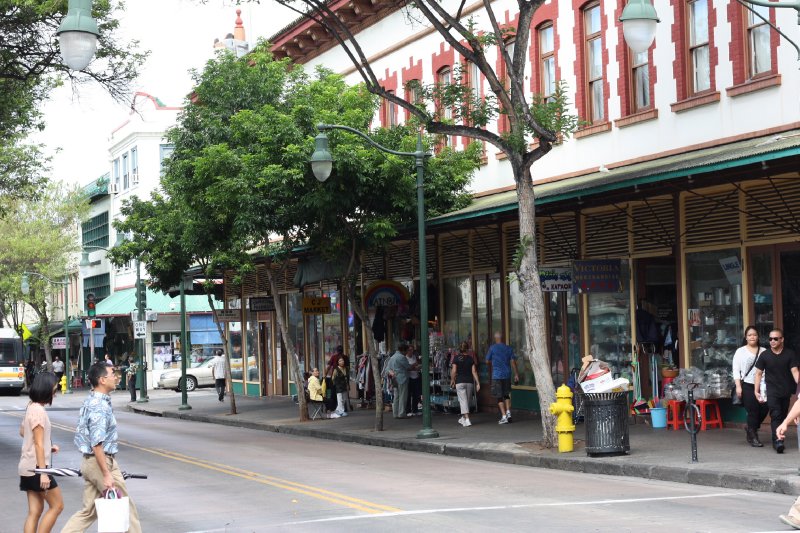 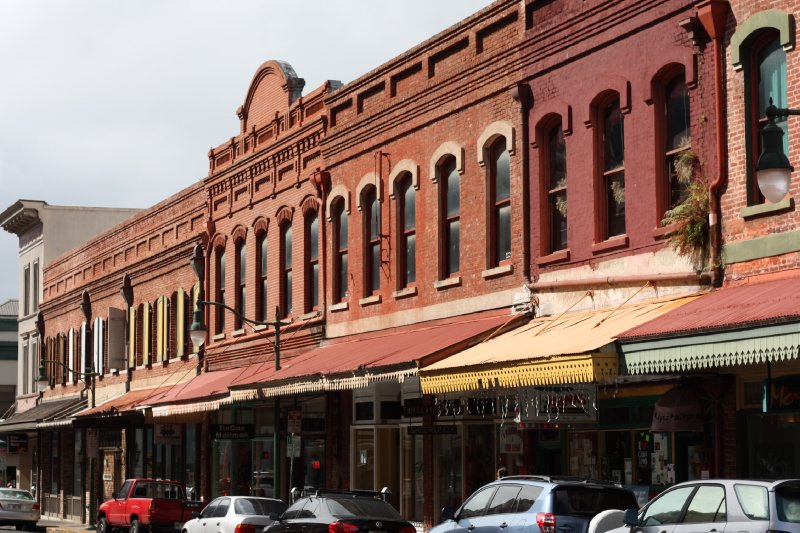 and a bit of encroachment from very nontraditional businesses for the area - some swish bars, a surf shop. This looks like an important way to bring much needed new life to the area - I wonder how long before someone hits on the idea of a hotel? There were a couple of likely looking premises (it was most aggravating to see lots of references to hotel, but that was because Hotel Street is one of the major streets running through the place). One particular shop intrigued me, both because it was called Victoria Merchandise when I couldn't imagine a less Victorian place and because they seemed to have taken my approach to merchandise layout 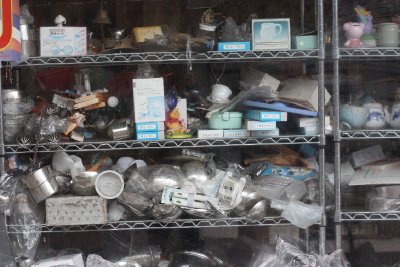 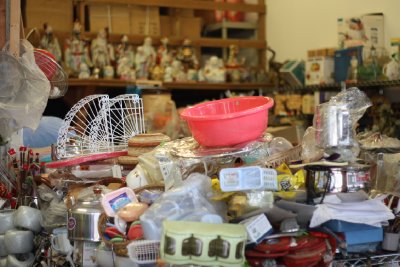 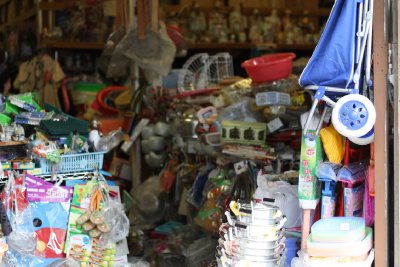 After my burger, I walked home and came back the next day in the hope of finding a nice roast duck meal: my researches had shown that a place called Char Siu House was the best place to get it. It must have been good: I was there at about 11:30 and the customer in front of me got the last of the duck. I went in to the nearby Maunakea Marketplace, where I saw the same sort of crappy, over-bright plastic products I remembered from last time as well as a real market where I could buy chicken feet 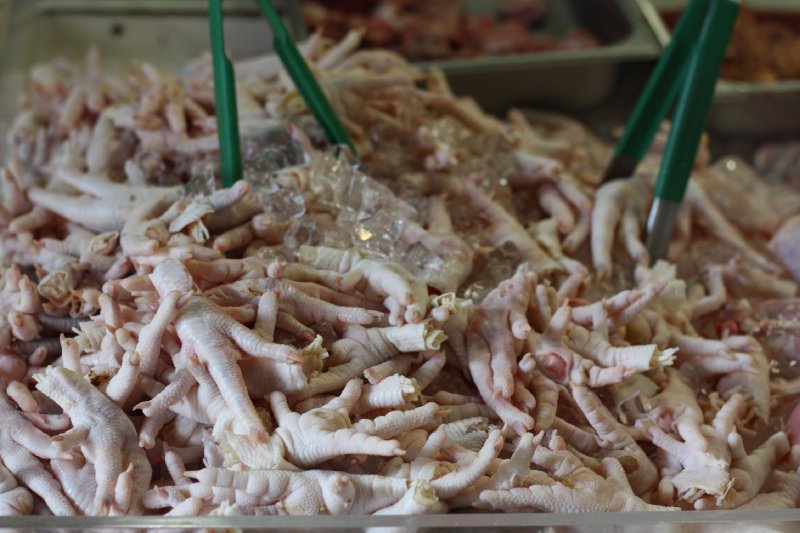 various sorts of fish, including these beauties 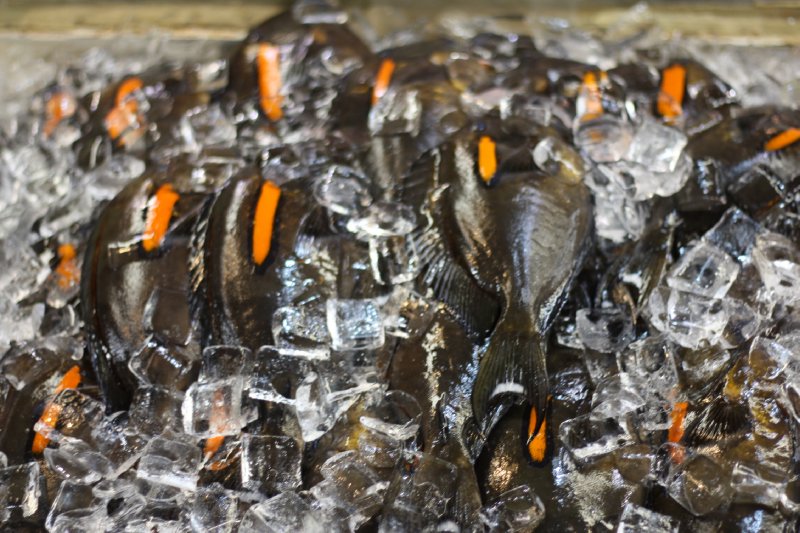 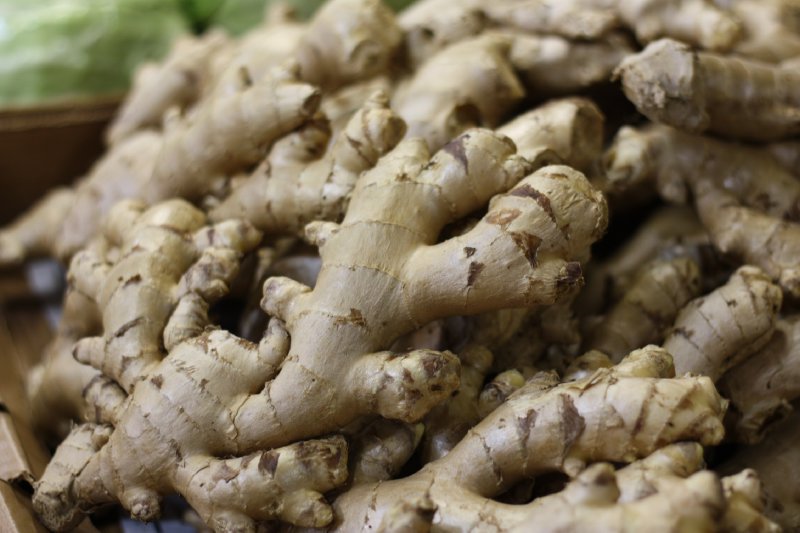 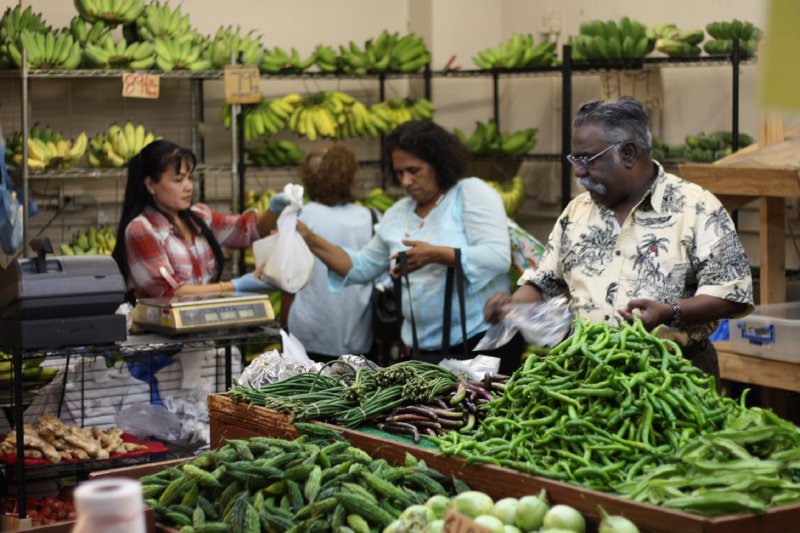 One of the reasons I was frequently in Chinatown is that it is near lots of things I wanted to see, such as the State Art Gallery and Iolanis Palace. I popped in to the State Library and was amused to see that most of the space for reading was actually outside, in the courtyard 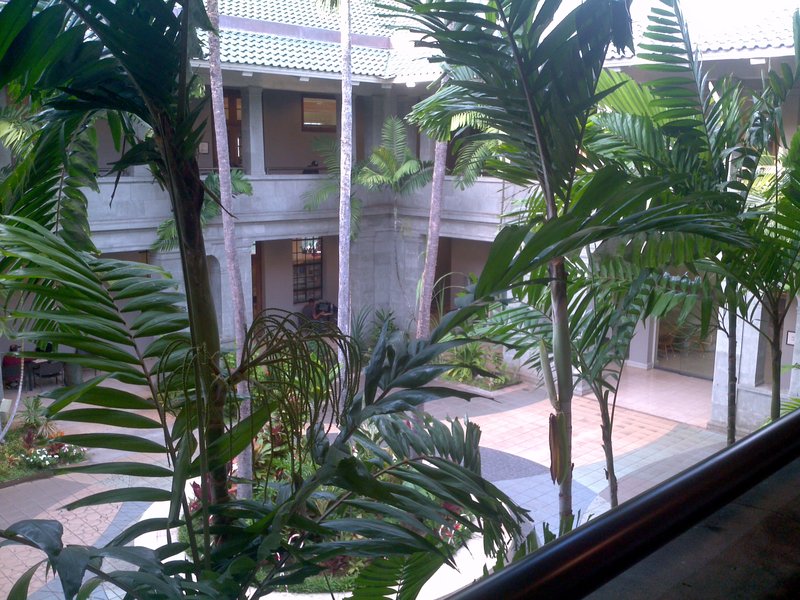 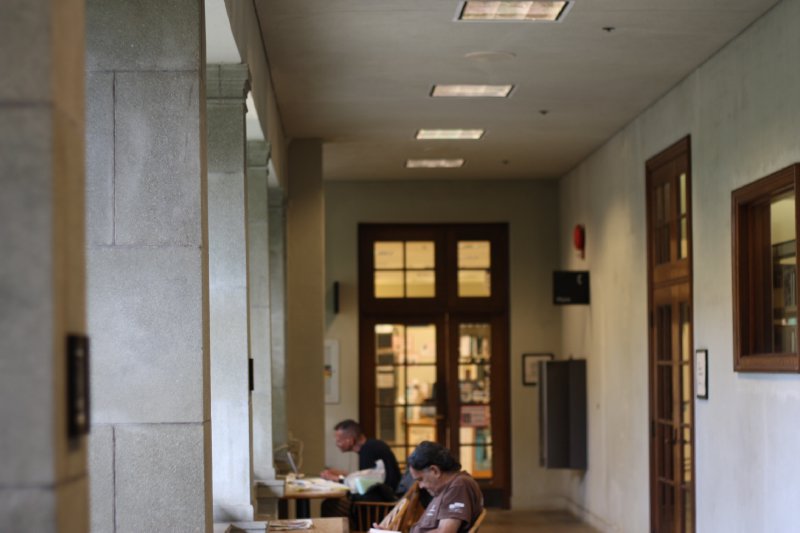 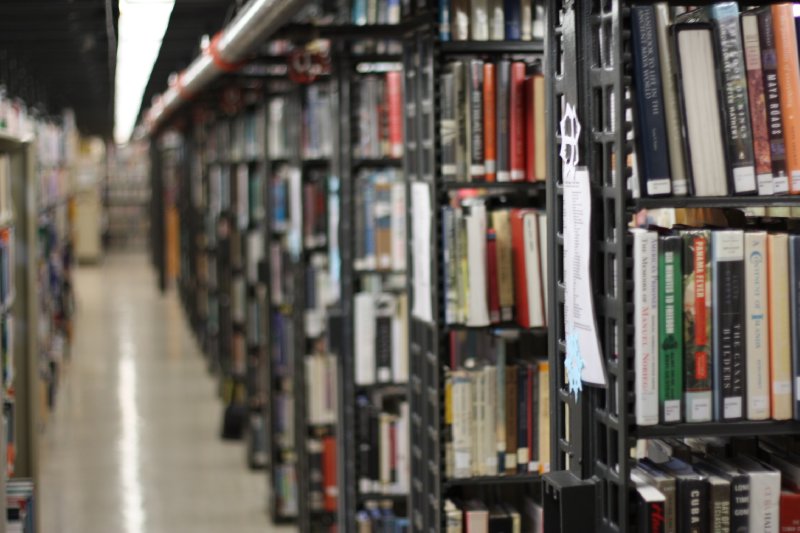 The State Legislature was in the same area 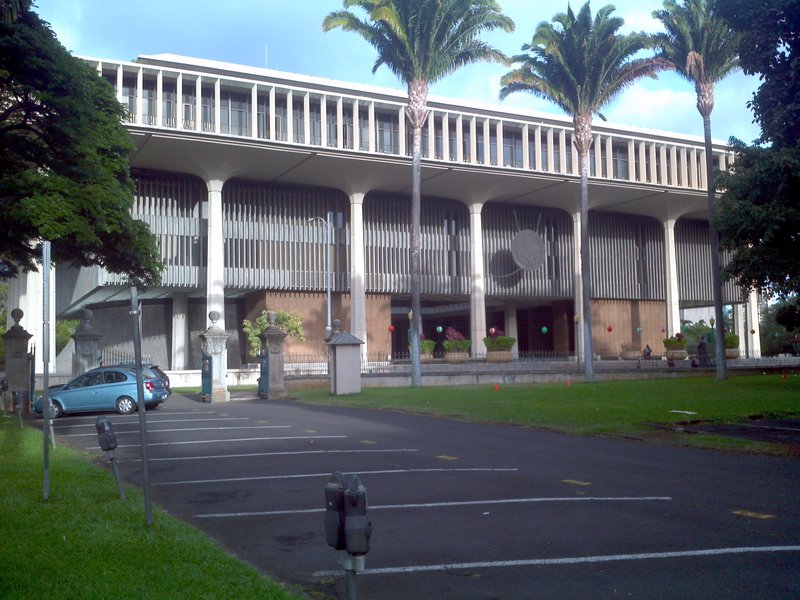 I spent an enjoyable hour or more wandering around the Hawaii State Art Museum which, naturally enough, had lots of Hawaii specific images. One sequence I found oddly mesmerising: they were photos of the engineering work on a new freeway, which were actually intended as form of protest but I saw them as more of a celebration of the work. There was a dry fountain out the front and a dry swimming pool out the back, but the latter actually seemed to have water in it 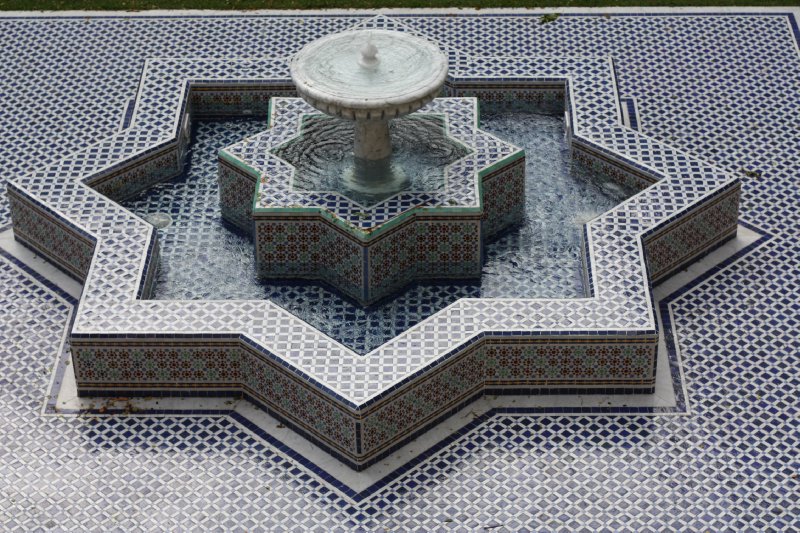 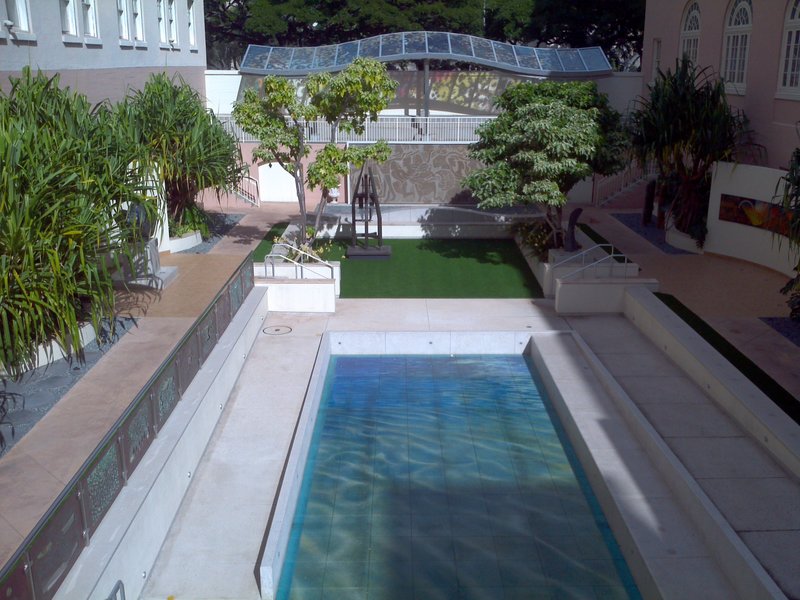 They were generous enough to allow photography - three pictures spoke to me so much I wanted a record of them. One collection was devoted to images of the body - one was exceptionally disturbing: Sally Mann's "Jessie at five". The blurb said something about seeing her with a mother's eye, but this is a very curious way for a mother to see her child. I actually cropped some of the image, as it portrays her as naked to the waist - which led to some controversy about images of naked children: I am far more concerned with how she is portrayed. There is no way this girl looks like she's five! There is an even more disturbing version of this photo in SF MOMA, where she is flanked by two other fully clothed and more natural looking five year olds. 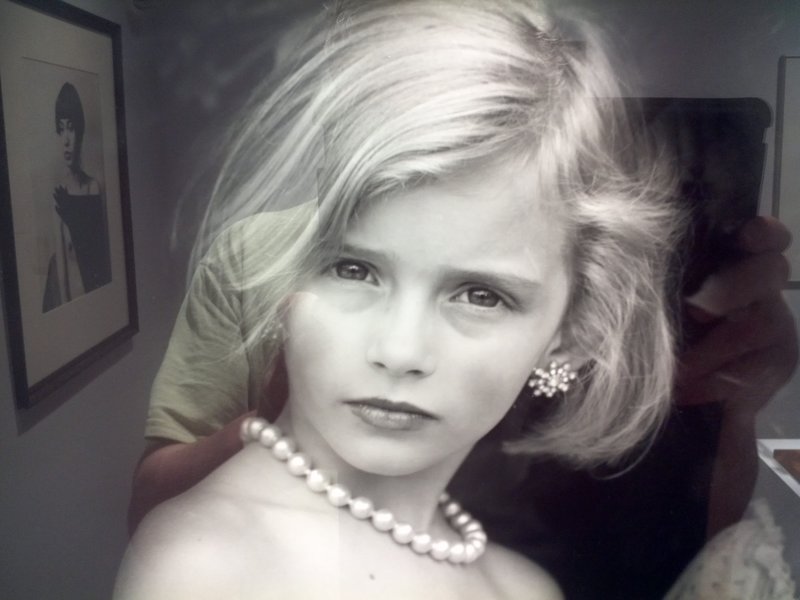 The next one was just a bit weird: John Buck's "Lamp". 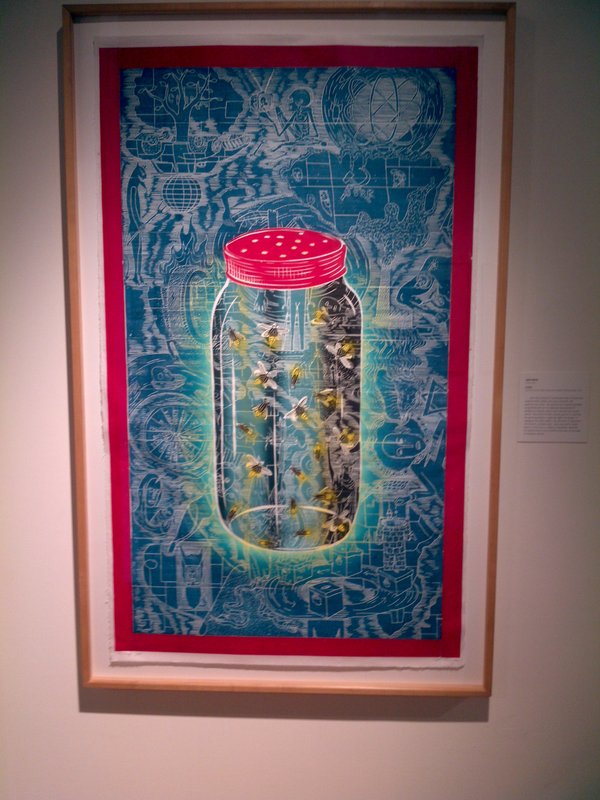 These two were actually side by side, making a comment on sibling indifference - they are Andrew Blanchard's "Fair-weather Family" I and II. 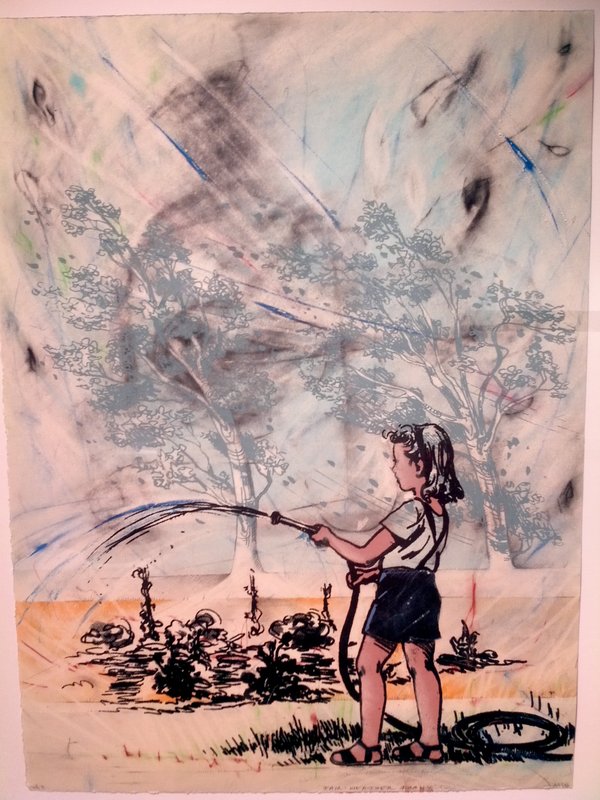 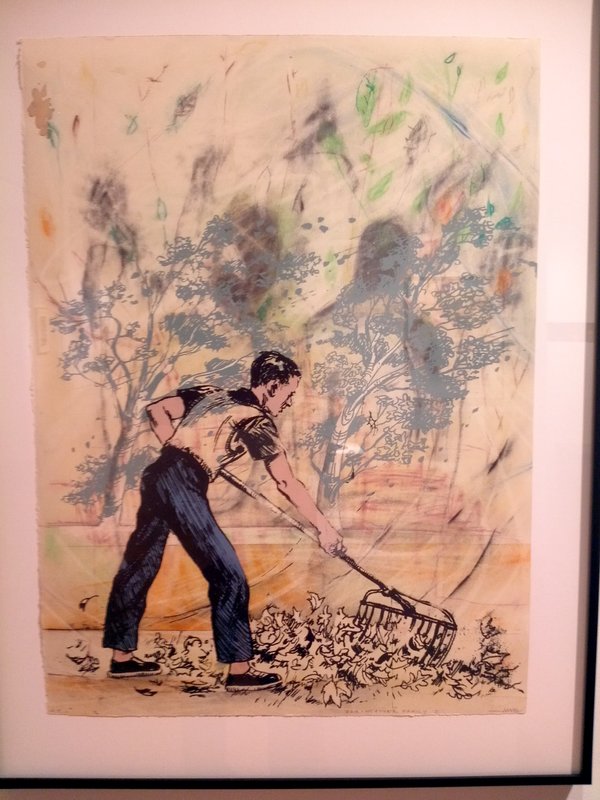 I still had a bit of a need for some roast duck and Chinatown was all closed down by the time I had been through the gallery and Palace, but I had one more name on my list of places to check out: I didn't think it would let me down 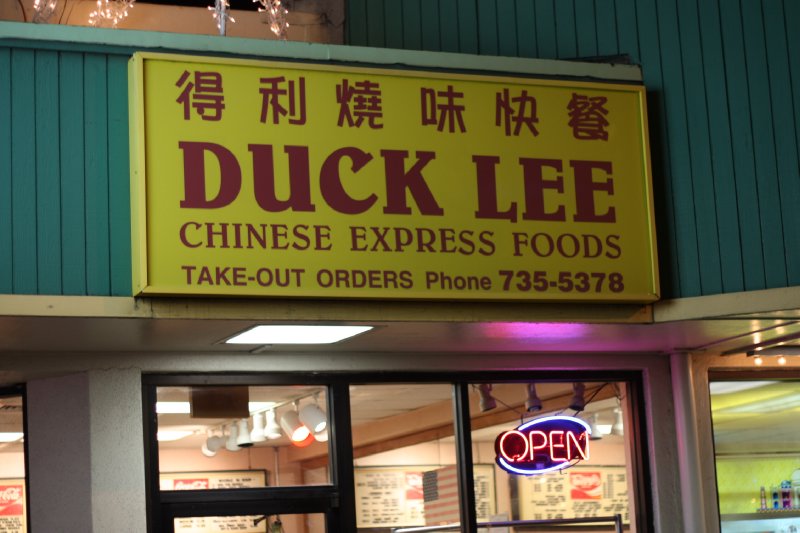 It was a 3.7 mile walk from the Art Gallery to this place, so I really hoped it would live up to its name - it sure did. It was a modest sort of cafe 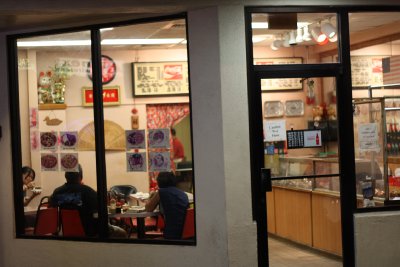 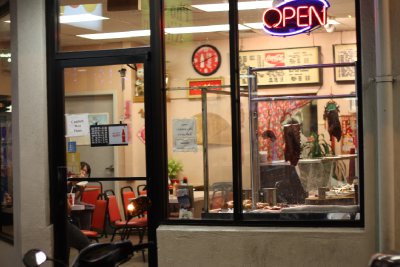 but the girl behind the counter was very friendly and the fellow wielding the cleaver was very generous: I was given more than I could eat! I waddled back towards my hostel and finally found one of Honolulu's very few proper coffee shops, Glazer's - it was fairly full of people hanging out, studying and making use of the free internet. The coffee still suffered from the American problem of putting in too much milk, but was pretty good.

Posted by NZBarry 22:45 Archived in USA