My last day in Hawaii, I had to prioritise because there was more to do than I had time to do it and decided on the Bishop Museum. I caught the bus but was beginning to wonder if I was lost, as the neighbourhood didn't strike me as being where I would find Hawai'i's premier museum: used car yards and a sprawl of run down shops in the South Dunedin of Honolulu, between Downtown and the airport. So I had my first fast food experience of the trip and called into a Zippy's for coffee, dougnuts and reassurance. Sure enough, up behind the High School, I found it. This photo shows how far from downtown I was 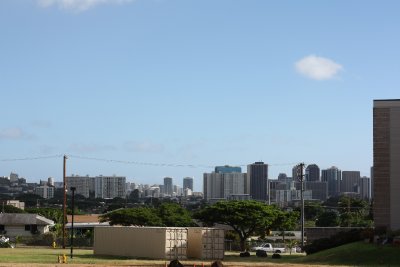 It really is quite magnificent. It was purpose built in the late 19th century by a fellow called Bishop by way of memorial for his wife, a kind of Hawai'in Taj Mahal but more useful. 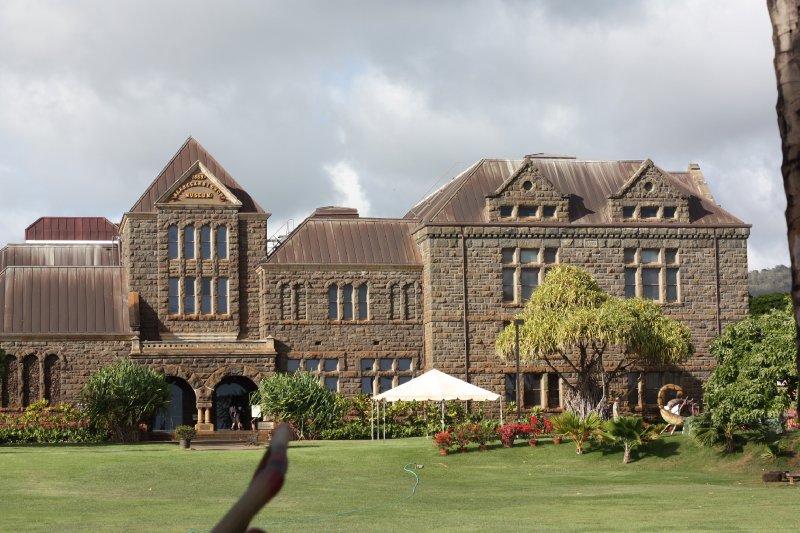 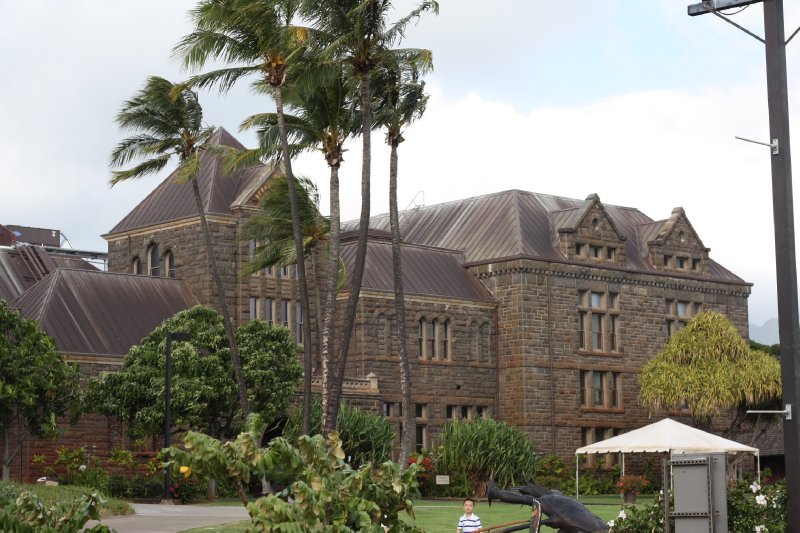 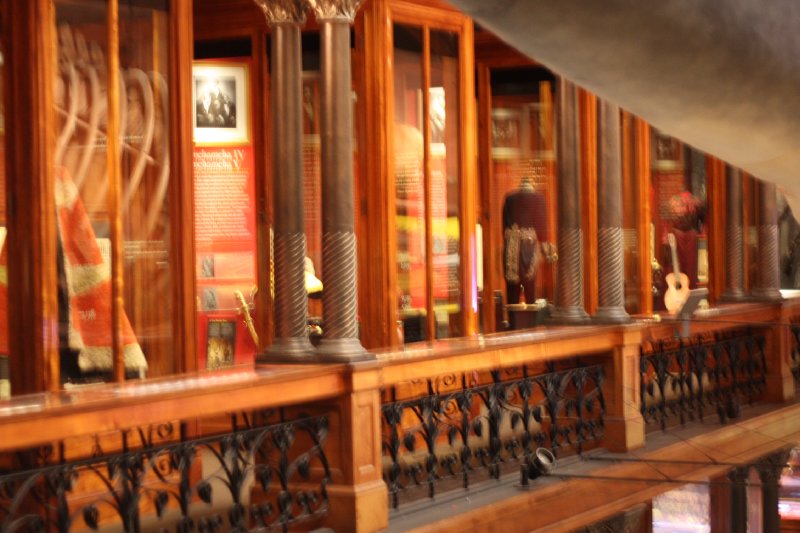 It tellls the story of how the Pacific came to be populated, and then focusses on the Hawai'in story with its Gods, beliefs, culture and Royalty. While I genuinely felt this all to be interesting, although a bit overwhelming to take in on a single visit, it is the building itself which really impressed - this fellow Bishop must have had some serious coin. In the Palace yesterday, I learnt about the overthrow of the Queen: today I learnt more about the subsequent history. There wasn't much of a plan, there were competing alllegiances to the UK and USA so for the first few years it was a self governing Republic, before becoming a US Territory under the governorship of a pineapplehead, one Sanford Dole. He was actually a lawyer, who had drafted the infamous "Bayonet Constitution" which limited the power of the monarchy, took the right to vote away from all Asians and made it difficult for native Hawaiins and poor people to vote (a cousin started the pineapple farm). Hawaii remained a mere territory, albeit a vital cog in the US military machine, for 60 years, becoming a State in 1959. 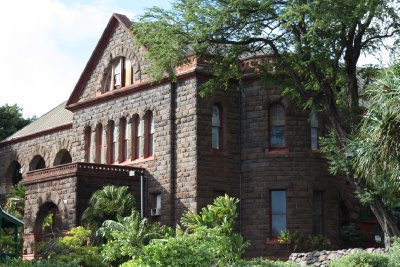 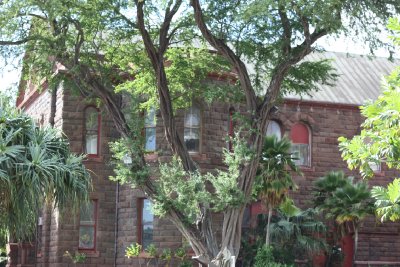 There was a special collection devoted to Alfred Shaheen. We all know about the Hawaiin or aloha shirt: although he didn't exactly invent it, he was a major figure in its prominence: he put it into mass production, and even sold patterns so people could make their own at home. There were well over 100 shirts on display, maybe 2 or 3 I would wear. Although no photos were allowed, I wasn't told that when I went in. Oops. 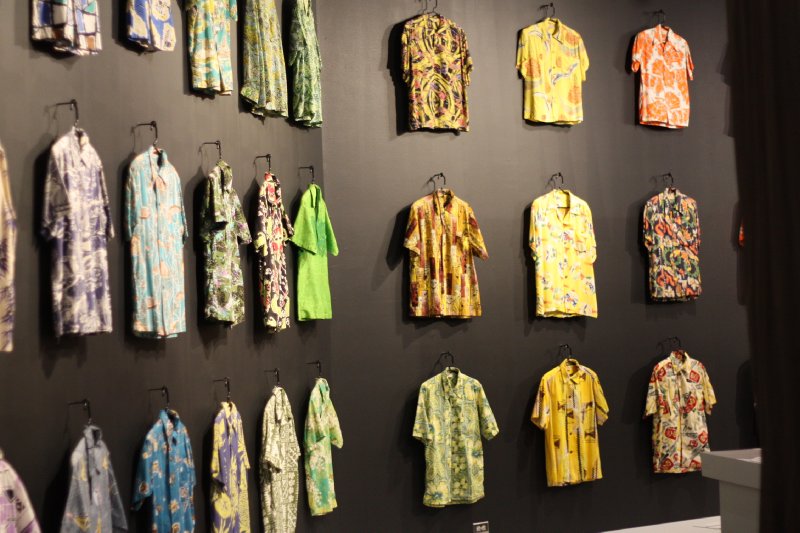 He also designed dresses, using the same fabrics, and developed a few matching sets - shirt and dress of the same fabric - taking togetherness to the extreme! Shaheen himself grew up in the family custom clothing shop, but went off and studied aeronautical engineering and was a successful WWII fighter pilot. He retired and closed the factory in 1988: I asked why he didn't sell - no-one in the family was interested and he didn't want the business in the hands of strangers. Its weird: when I first saw this exhibit, I had thought it wouldn't possibly be of interest, but found it quite absorbing.

Then the thing I thought might be the best failed to do much for me - the Science Adventure Center. Lot's of money has been spent on interior design, to give a mock up of a volcano, for example but its a bit of a one trick pony with little to do or see. More fun were the robotic version of creepy crawlies outside 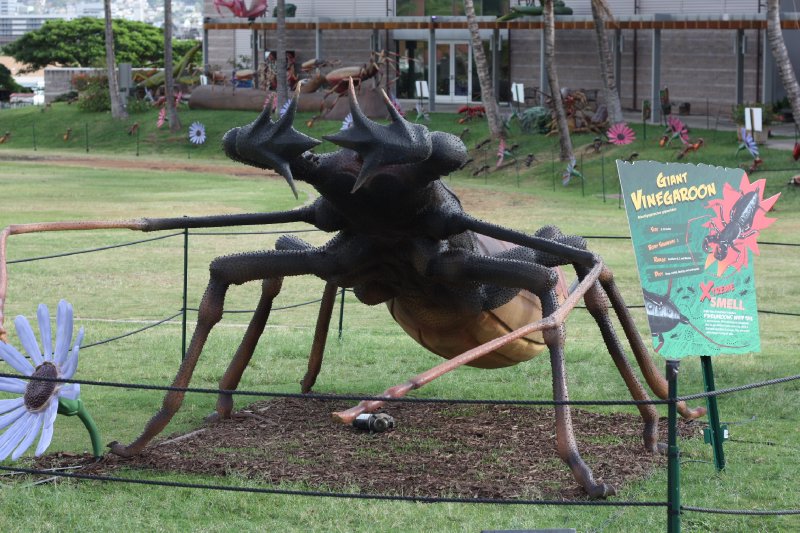 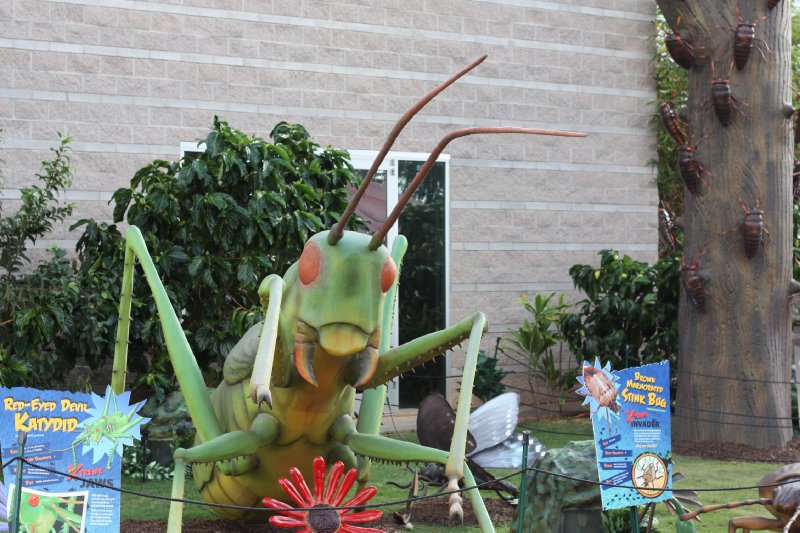 Walking back, I decided I'd see how Zippy's fared for dinner, as I am planning to try out various US fast-food joints, those which are a bit more interesting than the sort of thing we get back home. Zippy's has been going strong in Hawaii for more than 60 years and has an extensive menu. I only had some of their chili (which they say is their trademark product) and some fried chicken - both were initially very impressive (the chicken was particularly moist because it had a hard crust) but got a bit dull by the time I'd finished.

My flight to San Diego was in the early afternoon so I once again took the bus out to the airport. I had left in plenty of time but after the driver took off in an unexpected direction, took a morning tea break and returned me to where I had started, I was starting to worry. But everything worked out, I made my Air Alaska flight with an hour to spare and found my way by bus into downtown San Diego. I hadn't realised my hostel was in a party zone: the Gaslamp on a Saturday night is the place to be - there were hordes of people out in the streets, every bar seemed to be packed (some had lines for nearly a block) and the place was a confusion of sounds. Luckily, they shut everything down about 2:00 so I slept well. I think it helped a bit that I visited the Ghirardelli Ice Cream and Chocolate shop and had a mega triple chocolate ice cream sundae. Yum. 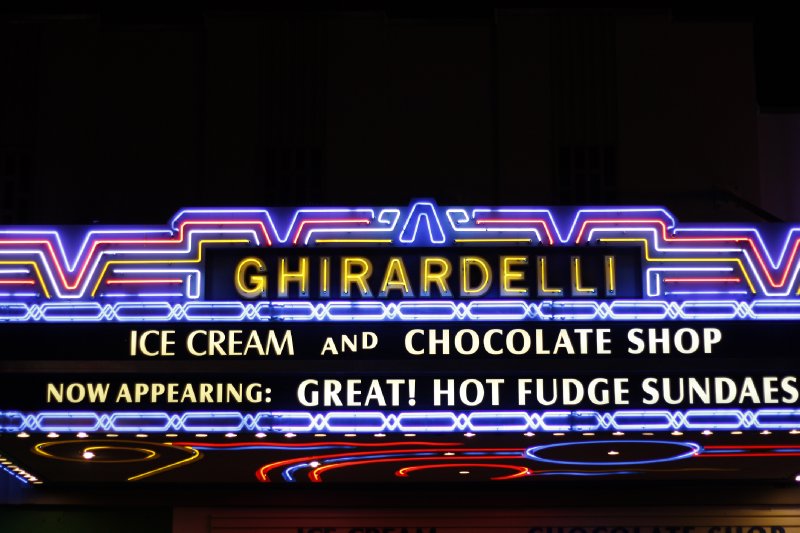 This, by the way, is one of the very few photos of neon I have taken that is at all good.

Posted by NZBarry 22:44 Archived in USA