I think my favourite museum was the Museum Of the Photographic Arts or MOPA. There was an interesting collection from a photographer called Arthur Tress: rather than me try to describe what he does, there is a good collection on this blog. The thing I liked the most, however, was a crowd-sourced selection from the collection. What this means is that they put up 120 photos and asked people to vote, kind of like Photo Idol, and then showed the results. The top three featured an Angkor Wat ruin with a giant encroaching tree root, the Atomic bomb blast at Bikini Atoll and a crazy scene from the top of a Swiss mountain. The bottom three were truly stupid, I have no idea how they ever got into the collection: a big yellow blob, a tiny picture of a picnic table and chairs and some random near nude bloke maybe wearing a mask - the picture was very small. I was surprised at how many were black and white - all but a handful. I wasn't allowed to take any photos, so don't have any accurate way to share what I saw, but I liked all of the 120 down to about # 100, found them engrossing. There was also a Youth Exhibition, from those still at school - they demonstrated an over-arching concern with the state of the planet, either by showing nature at work (eg bees pollinating flowers, flowers themselves) and how it is being polluted.

My visit to the San Diego Museum of Art was pretty short - there were just a few works which struck me, including this view of Venice from Canaletto 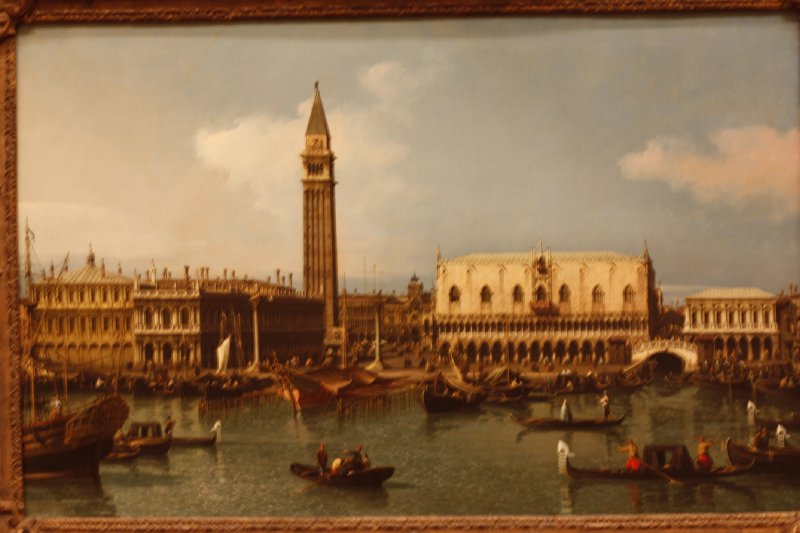 and this interesting untitled work by one Yves Tanguy 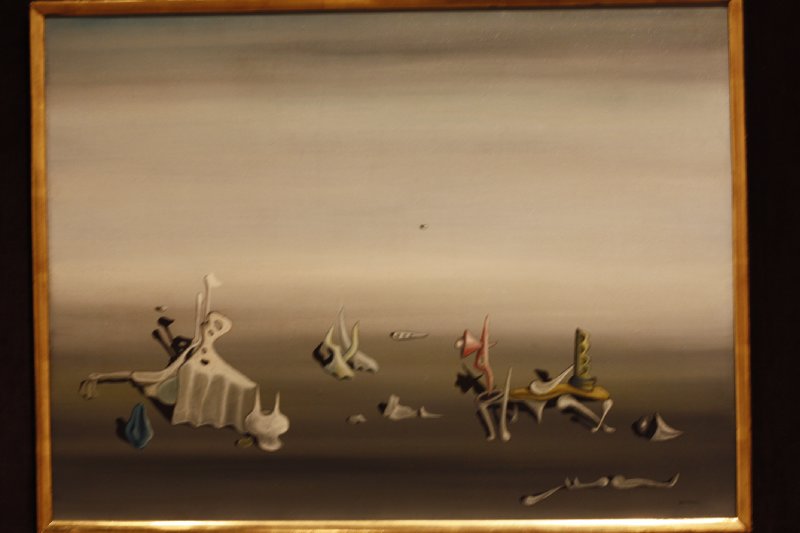 and most particular, this one, "Eve of St John" by Peter Hurd. 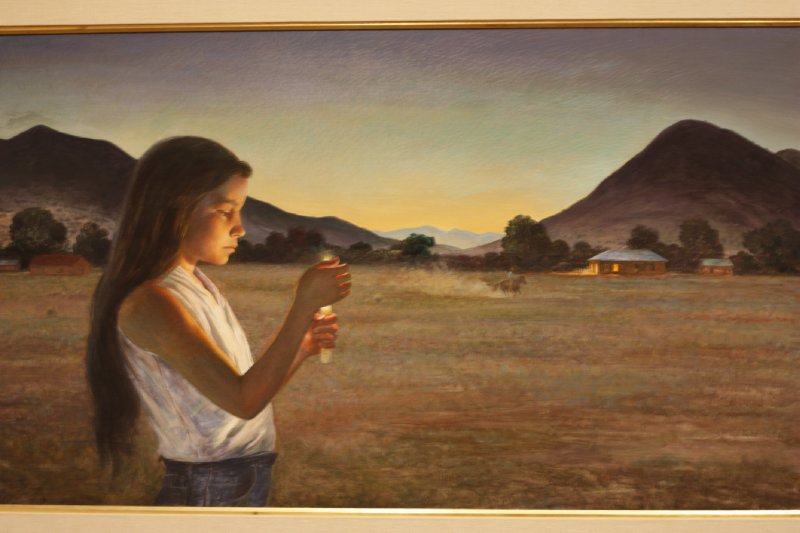 They had a major exhibition by Charles Reiffel, an "American Post Impressionist" but actually a couple of his paintings struck me as quite realistic - The Lumberyard and In the Street, of downtown SD, possibly 5th Avenue. Many were impressions of the countryside. One picture I could actually see the streets glistening with rain was, sure enough, called Rainy Evening. There was a glorious picture of a train largely obscured by fog "Railway Yards - Winter Evening".

Finally, I went into a make your own art exhibition, where a room was set up with lots of metal objects and we were invited to create our own expression of the built environment. This is how matters had progressed by the time of my visit 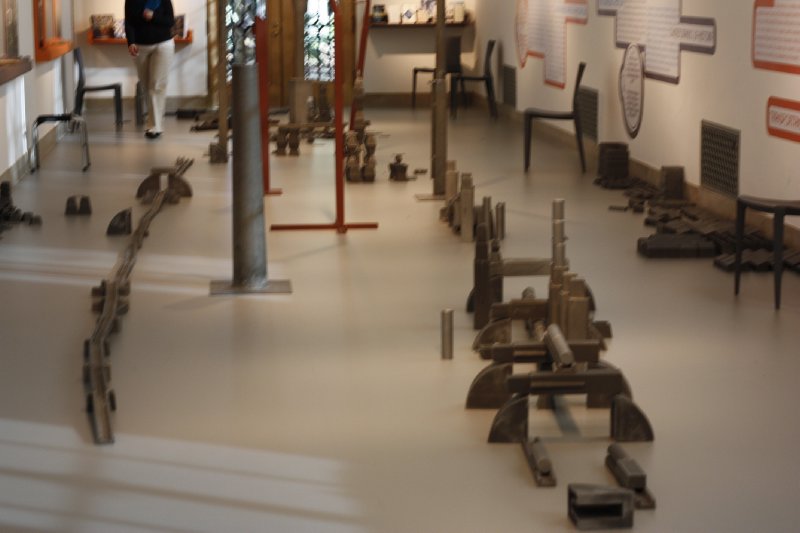 There was a seperate space called works by living artists, mainly emerging painters. I snapped a couple I liked but neglected to record the painters. 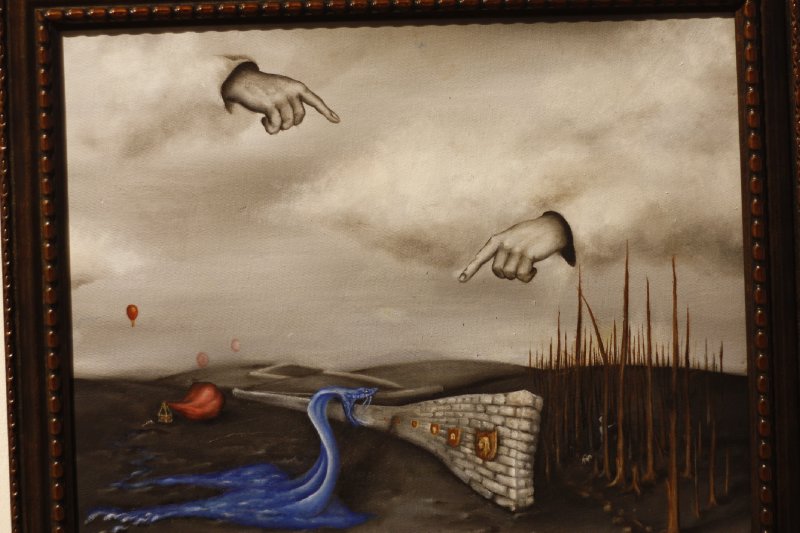 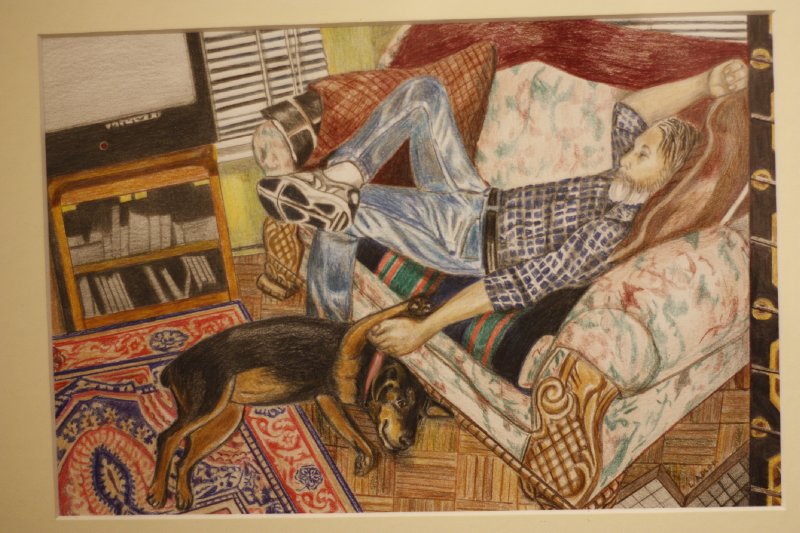 My last museum was the Mingei International, which had three disconnected things happening: Blue, Japan and Music. The former two didn't occupy me for long 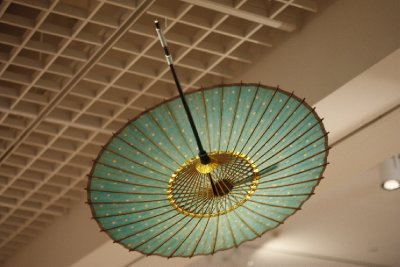 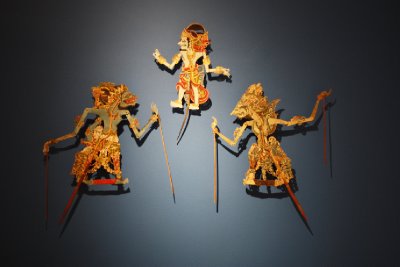 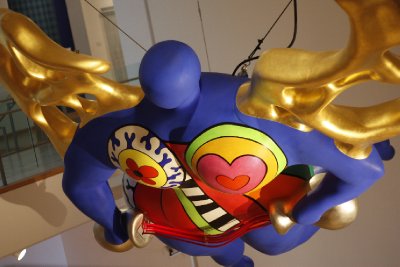 but I was in with the musical instruments for quite a while. Although there was no-one there playing any instruments, they had recordings of most of them. Some just looked great 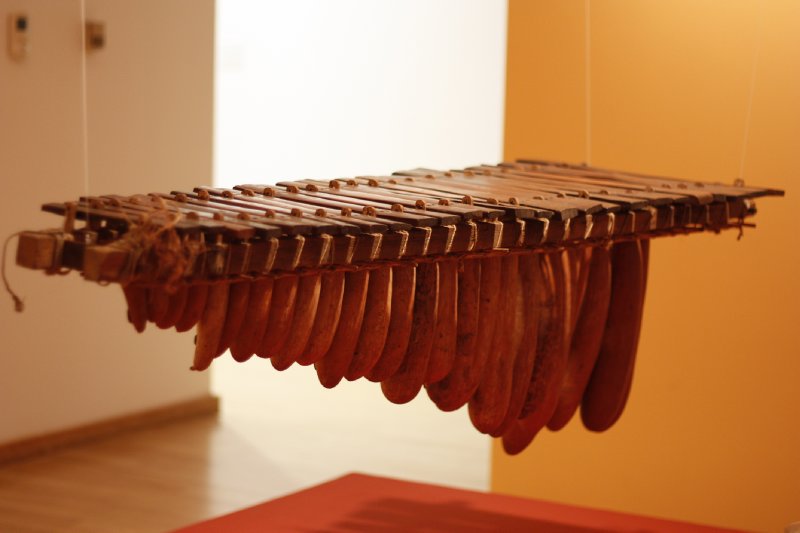 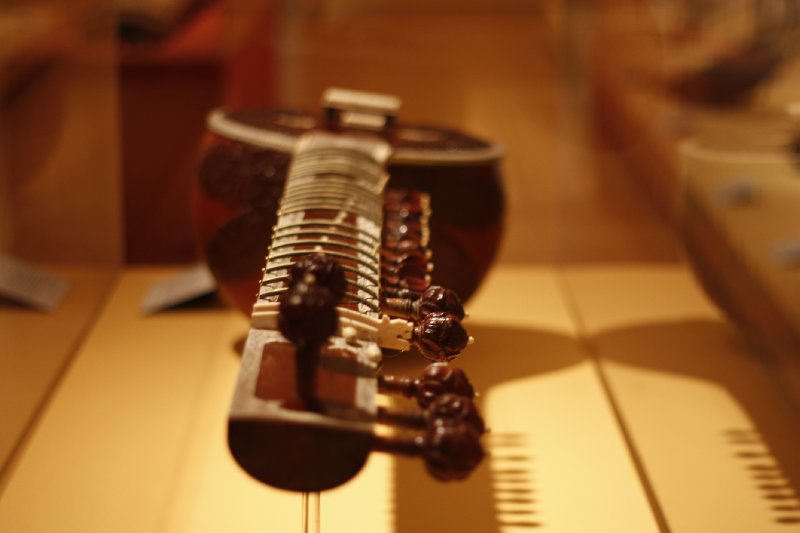 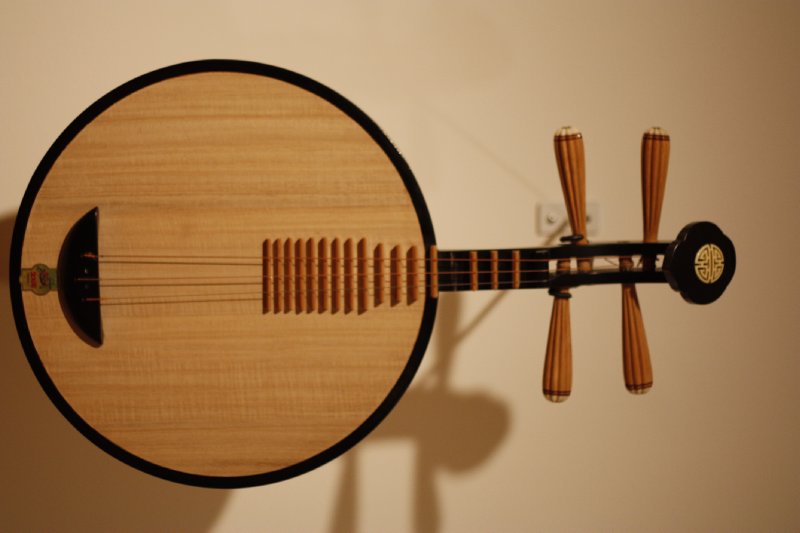 These were not only images of Mexicans playing whistles but, according to the sign, were actually whistles. 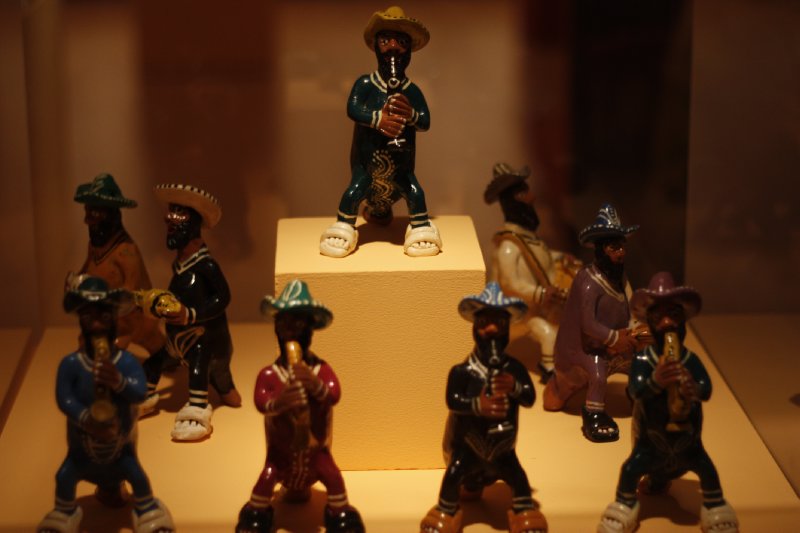 There is an instrument which is played without any contact with the musician, an instrument I very much like the sound of - they had a pretty basic version of one there - the theremin. One instrument produced a completely unexpected sound, and a sound I liked a lot: the Romanian bucium - the sounds it produced were surprisingly melodic and textured given its apparent simplicity. 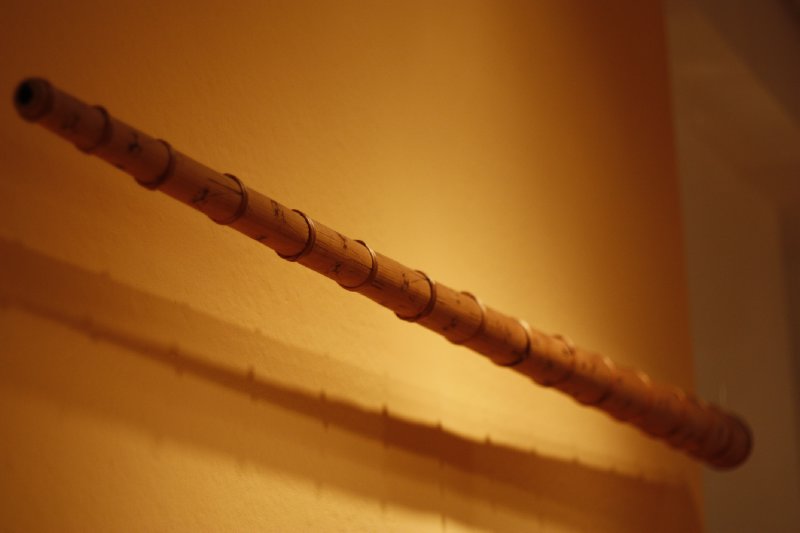 As I said, my hostel was in the Gaslamp area, which had created the general impression of being quite gracious, even if very noisy, but when I actually went looking for buildings I really liked the look of, there was only a handful, including the Horton Grand Hotel (Alonzo Horton was a pretty big wheel in San Diego back in the day, owned a huge tract of what became the Gaslamp area and gambled successfully on the railroad coming) 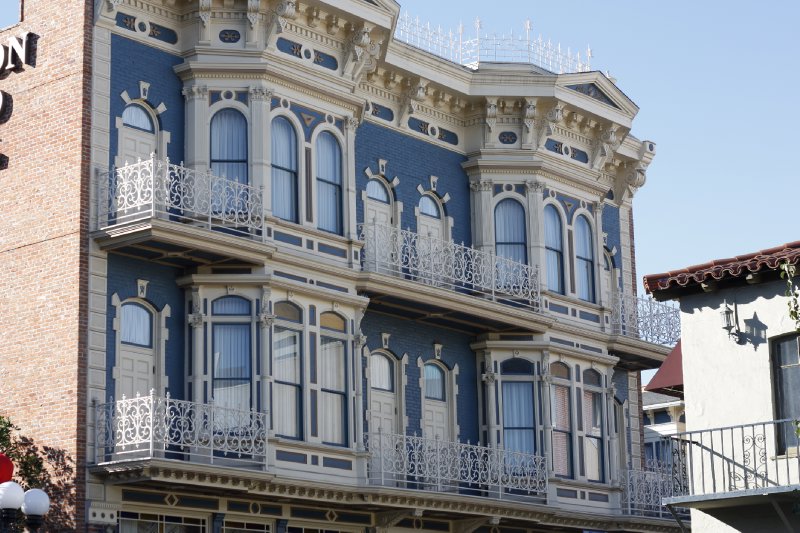 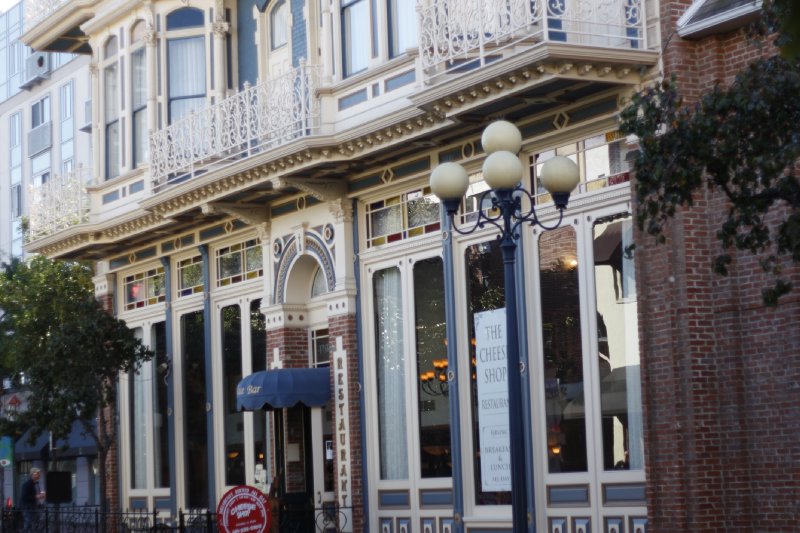 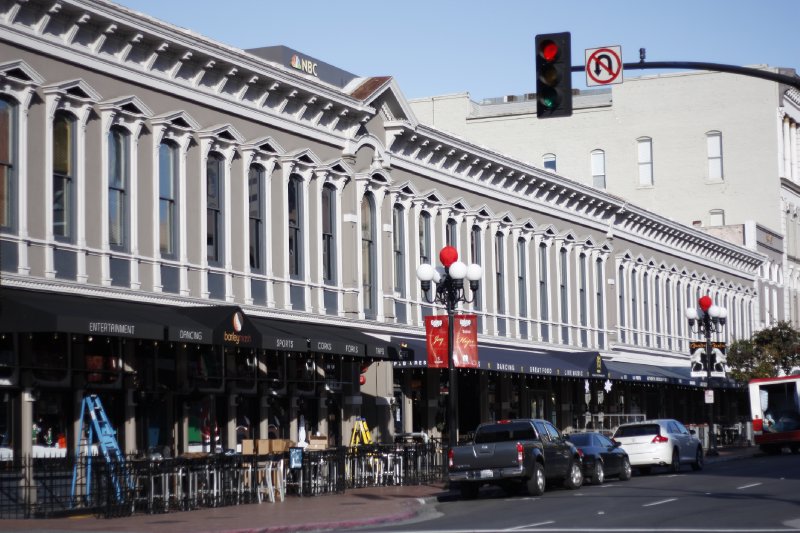 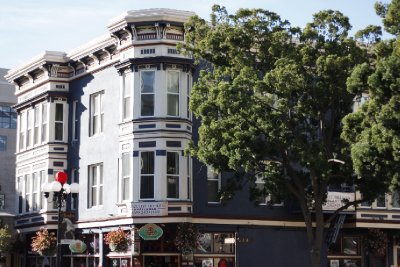 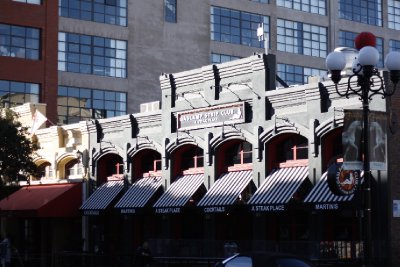 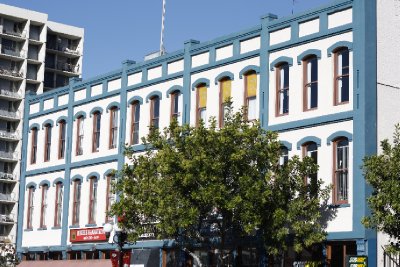 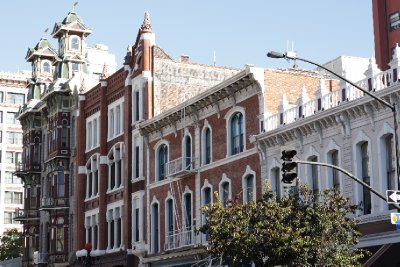 Posted by NZBarry 20:57 Archived in USA