Palm Springs has quite a history: it became a very fashionable place to come a hundred or so years ago, largely thanks to the great climate: it has a year round dry heat. It only gets about 5 inches of rain a year and through the winter maintains an average day time temperature in the 20's. Starting in the 1920's, people started building big resort hotels and that brought in film stars: Bob Hope, Frank Sinatra, Clark Gable and Bing Crosby were all here. Film is still important: I was just a couple of weeks too early for the Palm Springs International Film Festival. Post war, lots of money poured in and it resulted in an explosion of modernist architecture, in the same way that the Napier earthquake led to it being built in art deco style. Suzanne Somers, Herman Woulk and Barry Manilow were part of this influx. I did plan to drive round and see what remains of this era but simply ran out of time. Lots of retirees (particularly Canadian) come here for the winter instead of Florida: they're called snowbirds. I had no idea what I would make of such a place, but it made an initially good impression on me, and my state of well-being persisted throughout my stay.

In among the huge malls, Palm Springs has managed to retain a proper downtown area - they call it the Village, as far as I can tell - on Canyon Drive: it had a huge number of antique and home furnishing shops 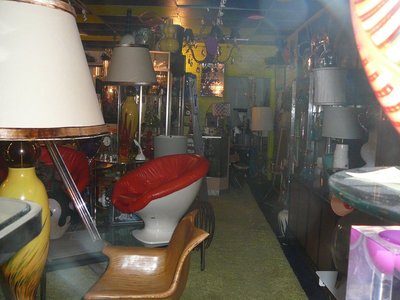 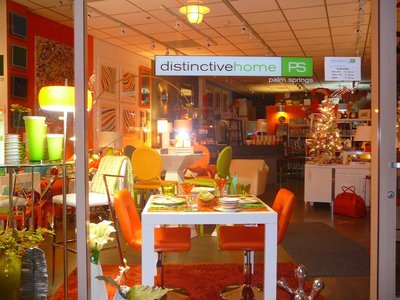 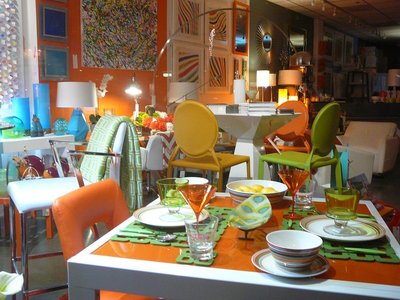 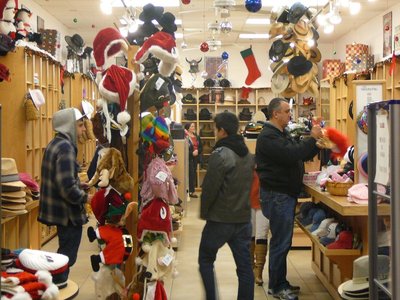 along with lots of bars, restaurants and cafes. I was thinking that I should get out of the habit of going for cheap and cheerful meals and take advantage of the nice places to eat but somehow I succumbed to the charms of Ruby's Diner, which made a very good burger in the style I am accustomed to from back home. 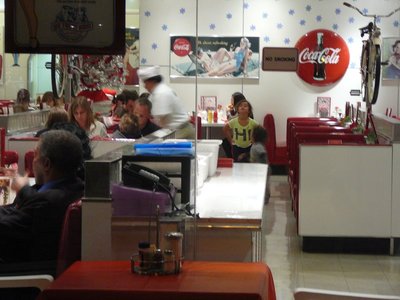 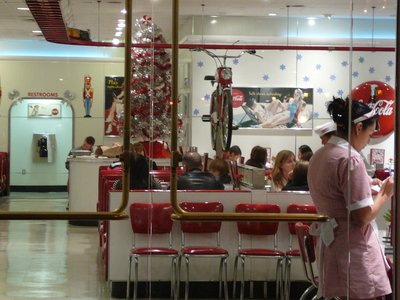 (I guess I should have worked out from the attention to the look of the place that it was a chain) and then Bill's Pizza, because it was buzzy and had lots of newspaper articles pinned to its wall suggesting it was a big deal among pizza places: I particularly enjoyed the crust's flavour. 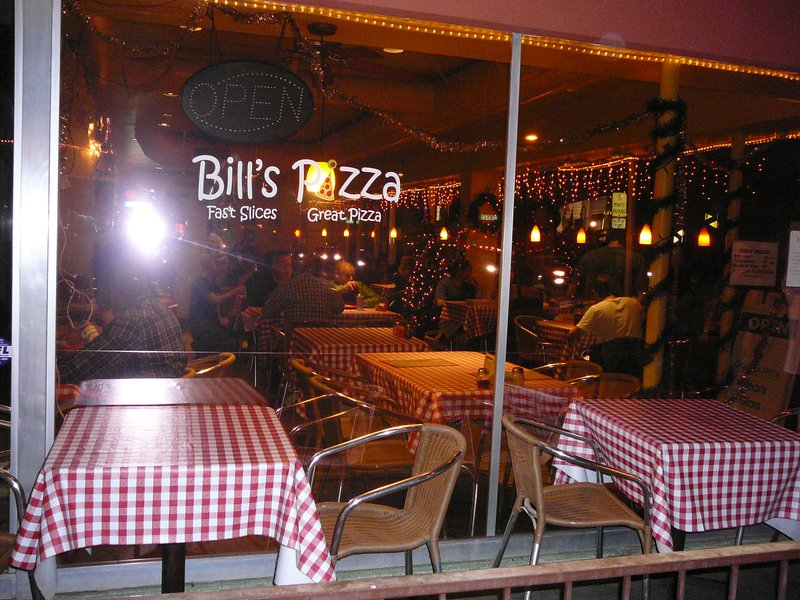 So, I walked around the shops a bit, although I didn't want to go into them, as they had many seductive items, but getting them home would be such a mission that I decided that the only way to avoid temptation was to adopt a strict policy of window-shopping only. Of the several things I had plans to do in Palm Springs, the only one I actually did was to go out and visit Joshua Tree National Park, named after the distinctive trees to be found within the park, which themselves were so named because Mormon pioneers were reminded by them of Joshua leading them to the promised land. The Park is about 50 miles out of Palm Springs and is over 550,000 acres: I drove in at the West Entrance and out the North and noticed big changes in the landscape as I drove through.

I had to stop before I had really got out of Palm Springs, however, as I was struck by how many windmills there were in the windfarm to the immediate north of the city: 3100 in total, more than enough to electrify the city. As soon as I got out of the car to investigate, I understood why they had chosen this spot for the windfarm! The windmills extended as far as I could see in two directions 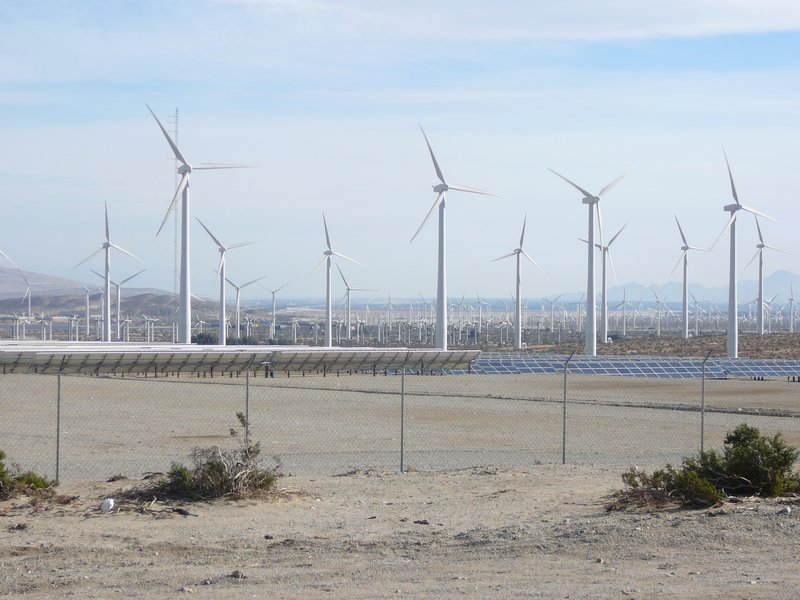 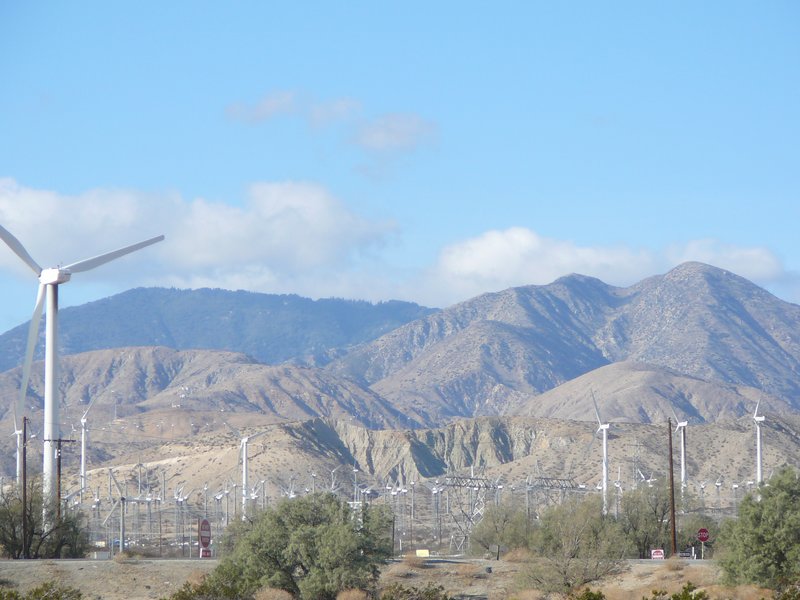 There were at least two generations (groan!) 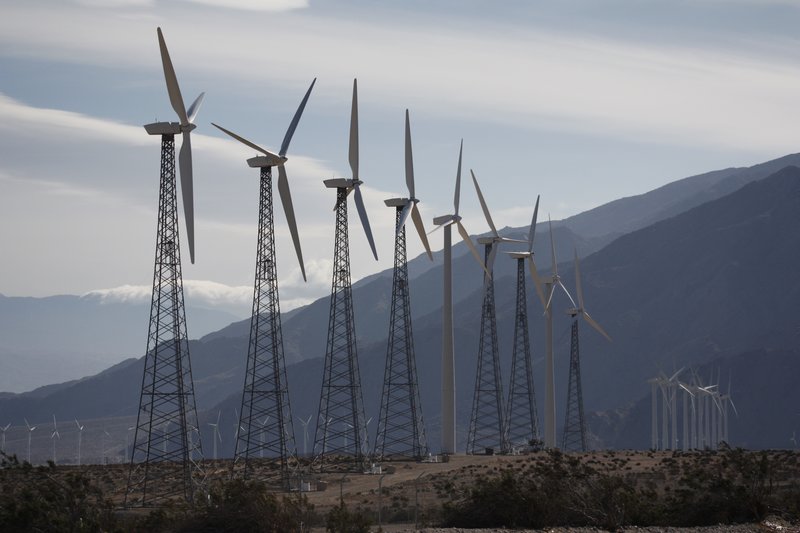 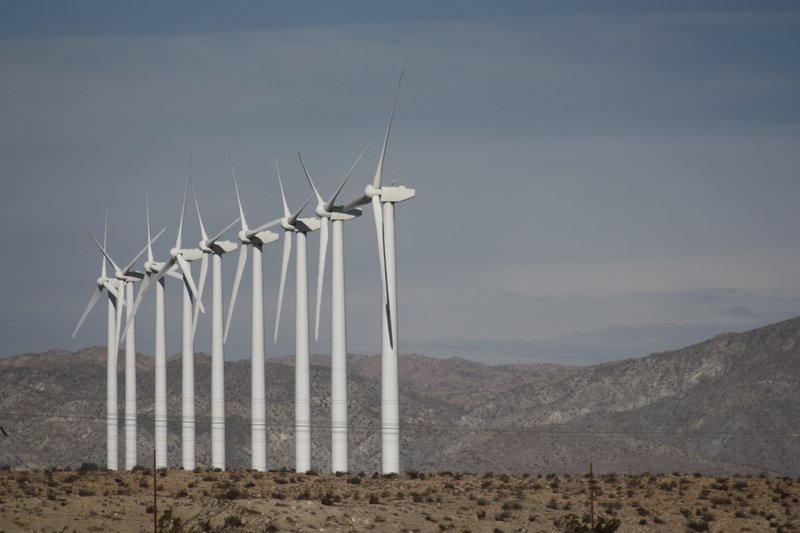 All in all, it was already well after 2:00 before I was finally ready to enter the park but I was assured that I would still have time to see the best bits. There certainly were a lot of Joshua Trees, at least for the first while 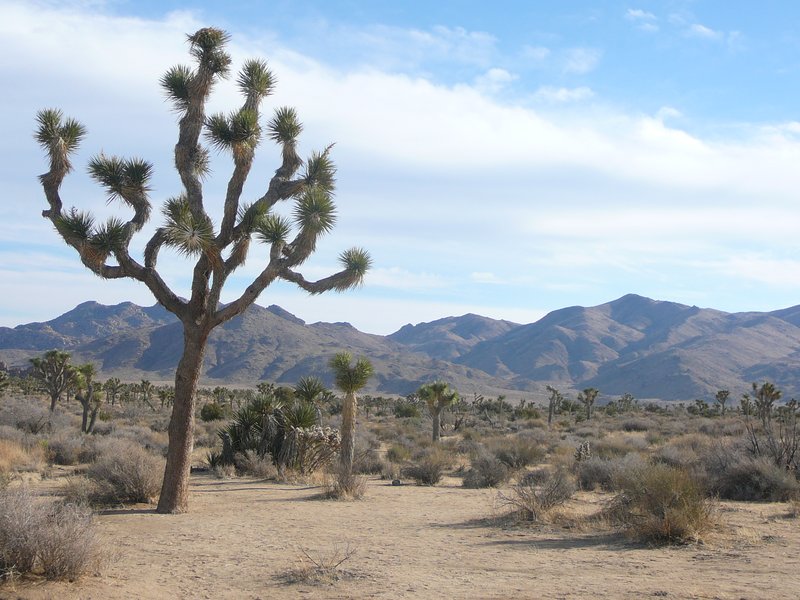 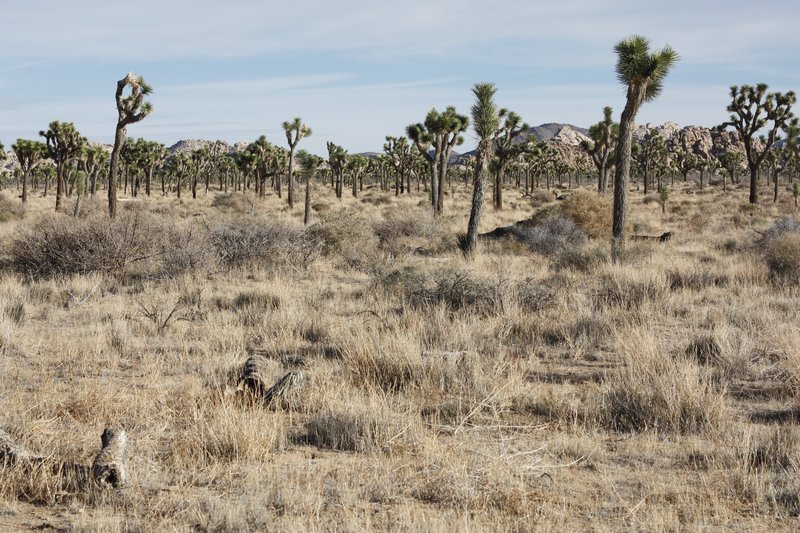 After a while, the trees and boulders began to mix 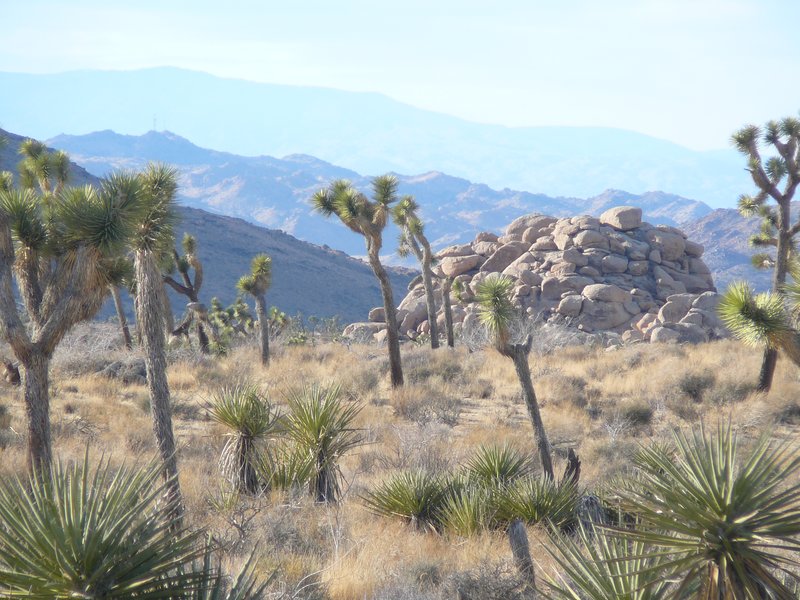 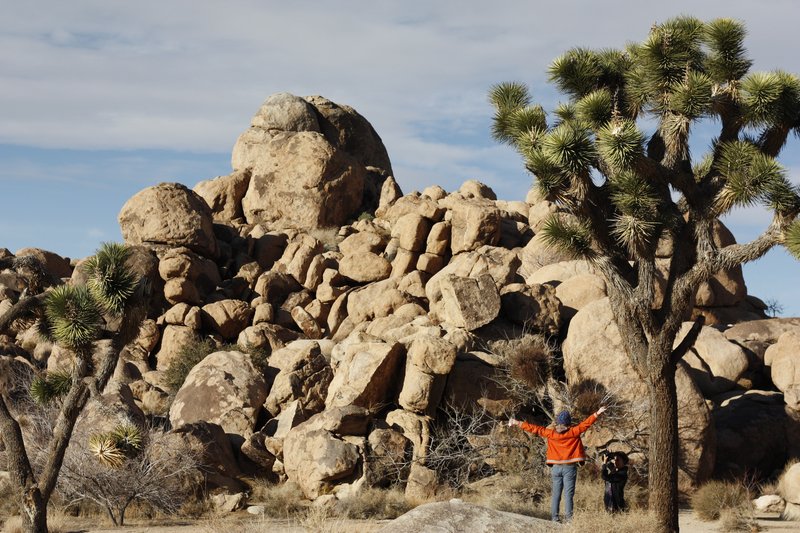 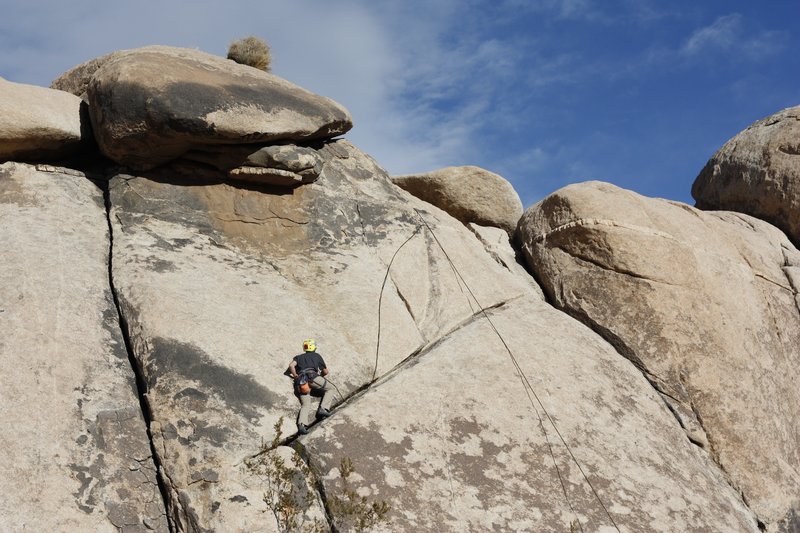 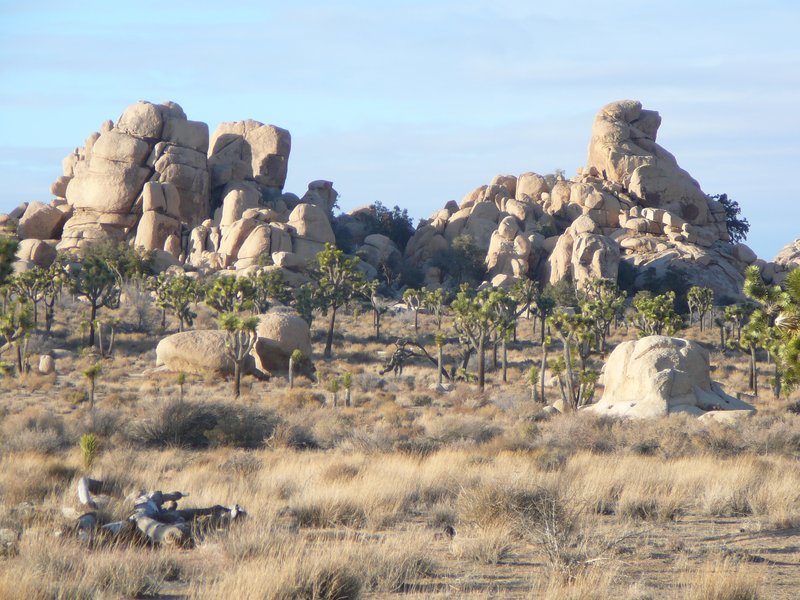 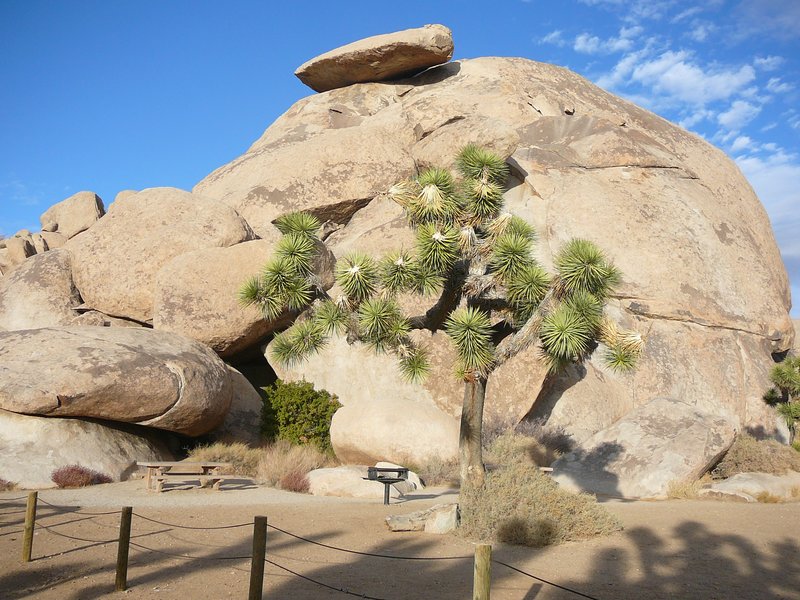 and then the boulders began to dominate 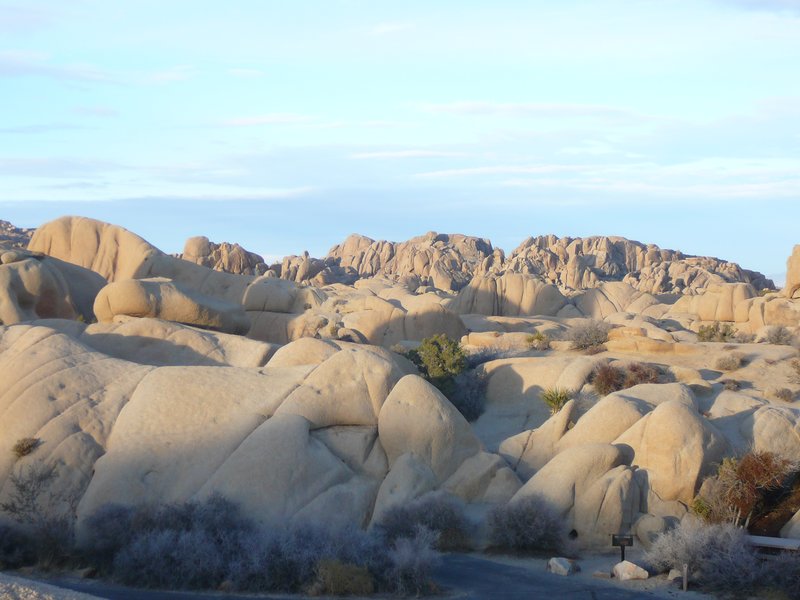 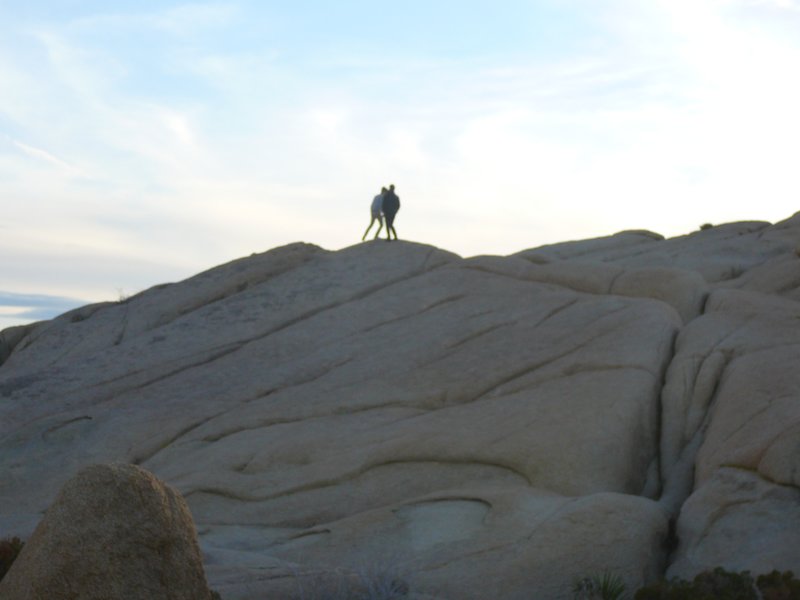 It would be an interesting place to have a picnic or, indeed, to camp out 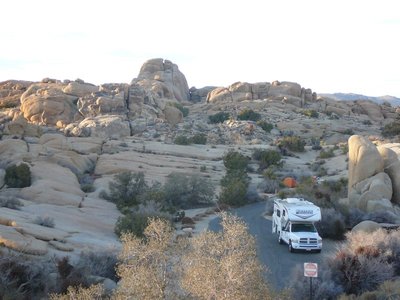 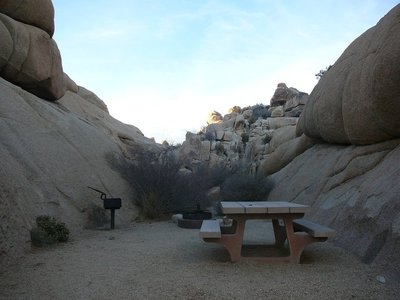 Eventually, after quite a lot of broken land 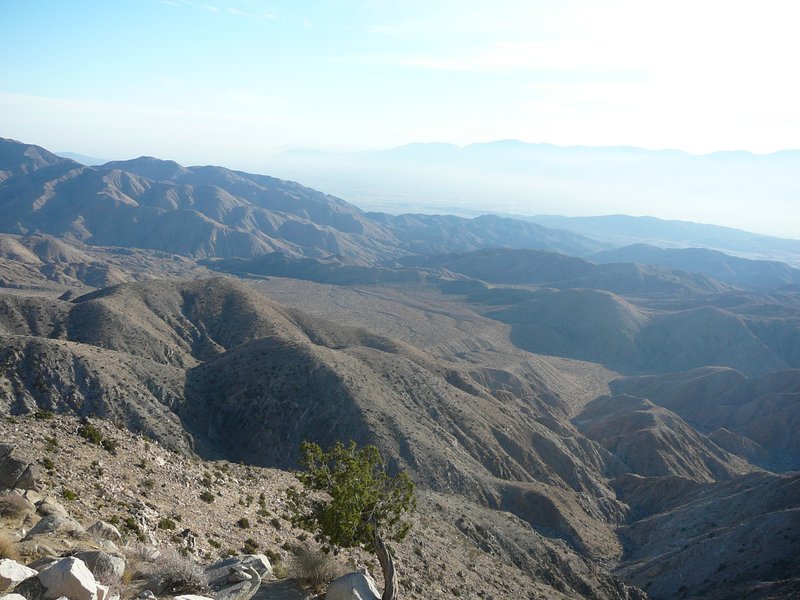 it was flat for miles. This is one BIG park.

Posted by NZBarry 10:06 Archived in USA