My desire to stay off the Interstates led to such an extreme outcome that I started to fear that the cheapest car in America would be shaken to bits. But I get ahead of myself. My route out of Phoenix took me to the end of van Buren. The area around 3000 East is said to be a bit sketchy: all I know is that the handful of people I encountered while I was poking about looking at old motels all greeted me nicely. This particular piece of van Buren is also of considerable legal significance: a fellow called Ernesto Miranda was wandering down here when he was arrested and charged with rape. The Supreme Court held that the police had an obligation to advise the fellow he had rights to silence and to an attorney - something we all see done routinely now in US cop shows.

As I'd been driving around, I'd seen an old disused foodcart for an outfit called Bill Johnson's Big Apple. I knew they had restaurants but had gained the impression they had all closed down: not so. 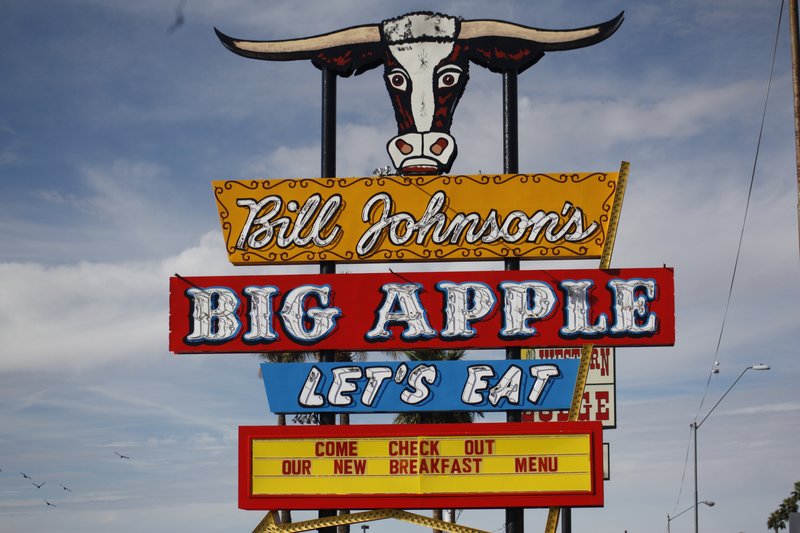 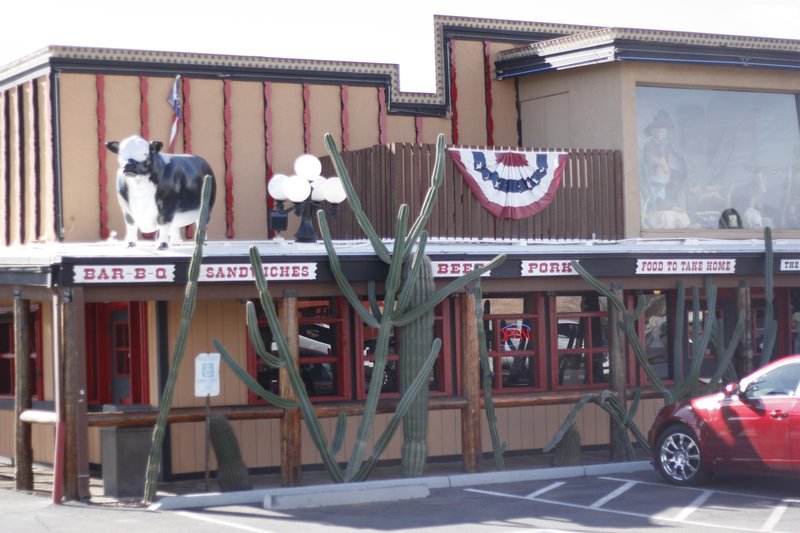 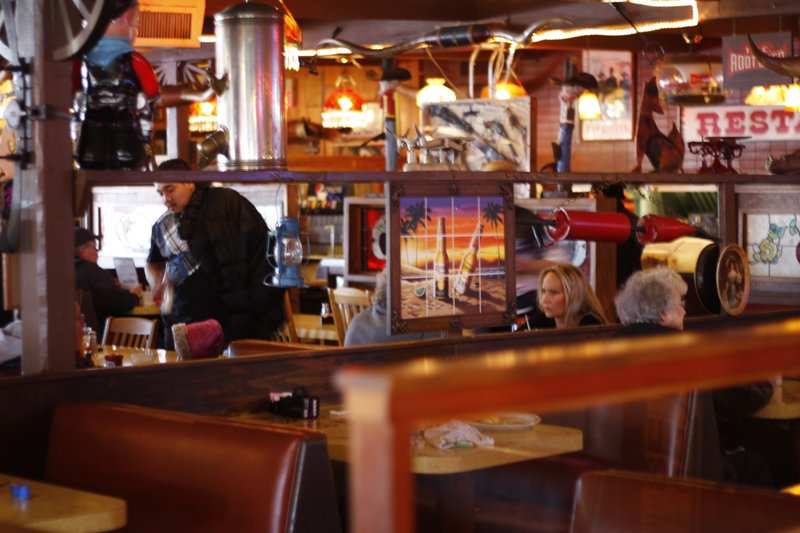 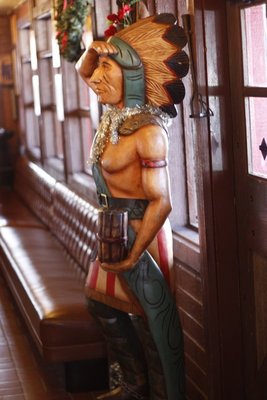 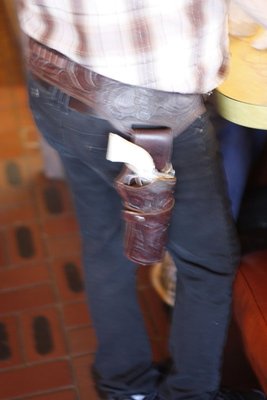 It took me a while to click, but I eventually noticed that the staff were all "armed"

I had to go in: I was presented with a huge mound of hashbrowns, corn hash and eggs: the hashbrown was a revelation! Just grated potato cooked on a griddle so it has a nice crunchy exterior and the internal is light and fluffy.

The route took me down through Tempe and then along to an older part of town called Mesa. You can get an idea of the age of things from this 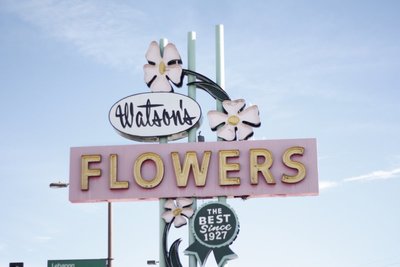 Not everything was that old - there was a very nice shiny arts centre, right in the middle of town. Now, I took a lot of pictures of motel signs, but won't trouble the world with them, but there is one I want to make special mention of. 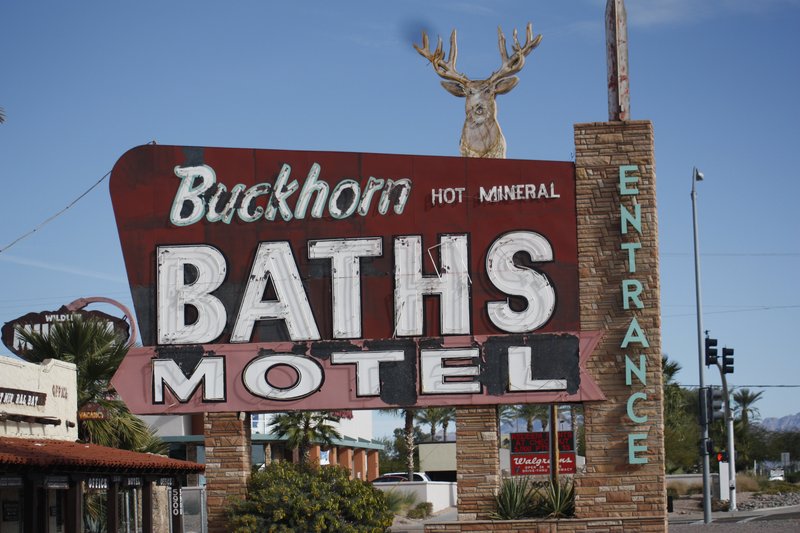 The owners of the Buckhorn Baths Motel obviously wanted theirs to be a motel which gave more: in addition to the thermal baths (segregated by gender), they had a wildlife exhibit, sorry, Wildlife Museum. In a motel. I couldn't really get in a good place to get a good view inside - this is all I saw 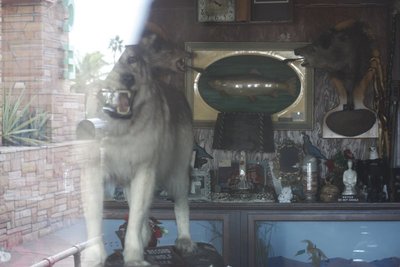 The motel was actually operating until recently, but the owner (who I think was 92) died and the family hasn't decided how to proceed. It seemed appropriate that I looked across the road and saw this 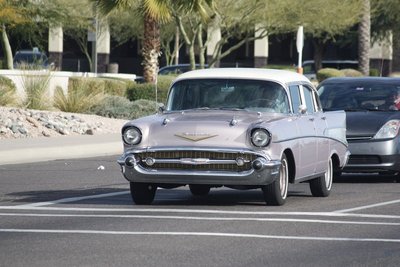 Finally, I was out of town. I went past part of the Superstition mountain. 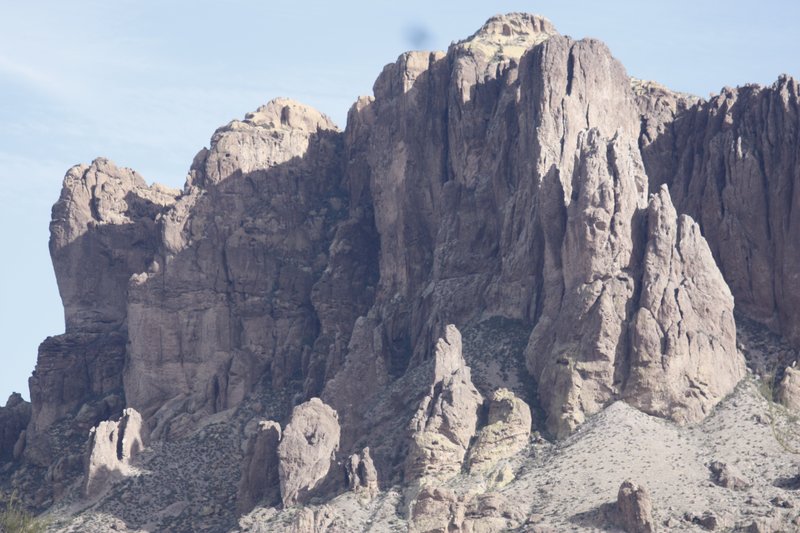 I was pursuing something called the Apache trail, a road set up a hundred years ago to carry materials into the Roosevelt dam project and following traditional Apache pathways. For a while, it was just a normal sealed road. Then it was an unsealed road - I knew that, but had been told it had a firm surface. Maybe, but a horribly corrugated one - so my poor wee car was juddered mercilessly for 30 odd miles. At least he handled the task better than the truck in front: it bounced right off the road into the ditch.

But it was a wonderful drive, although it was nearly dark when I got to the dam. Here's how the journey unfolded 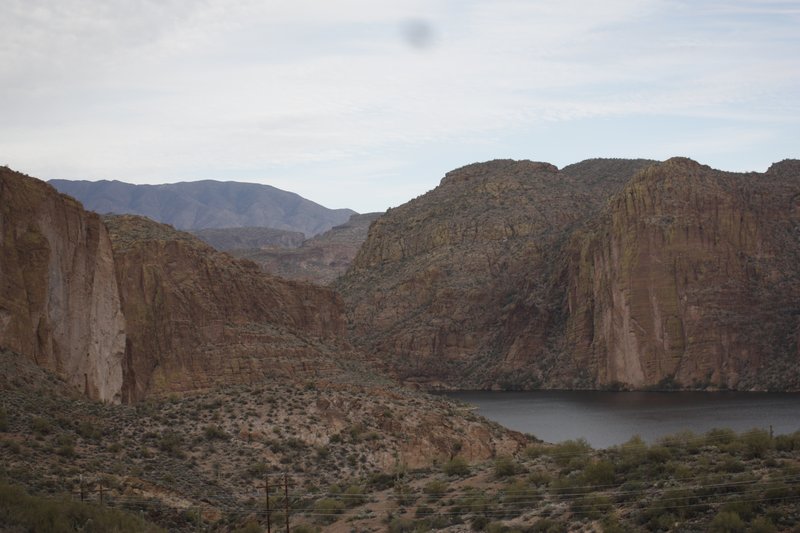 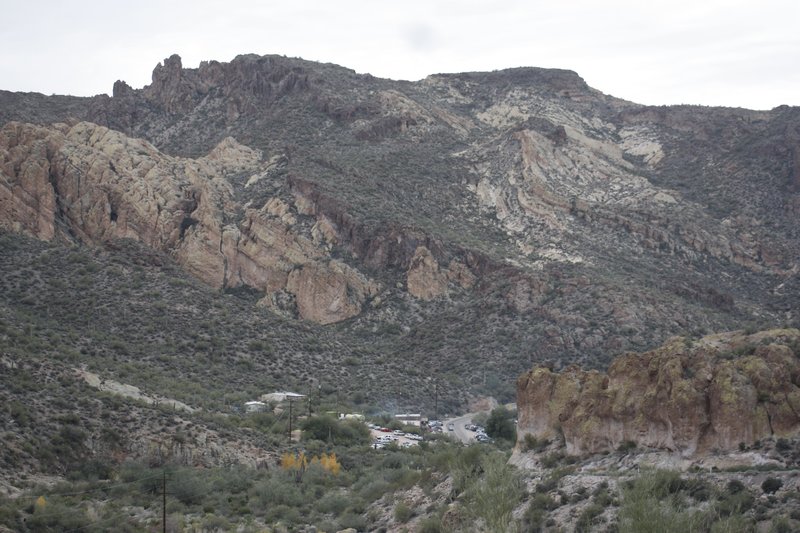 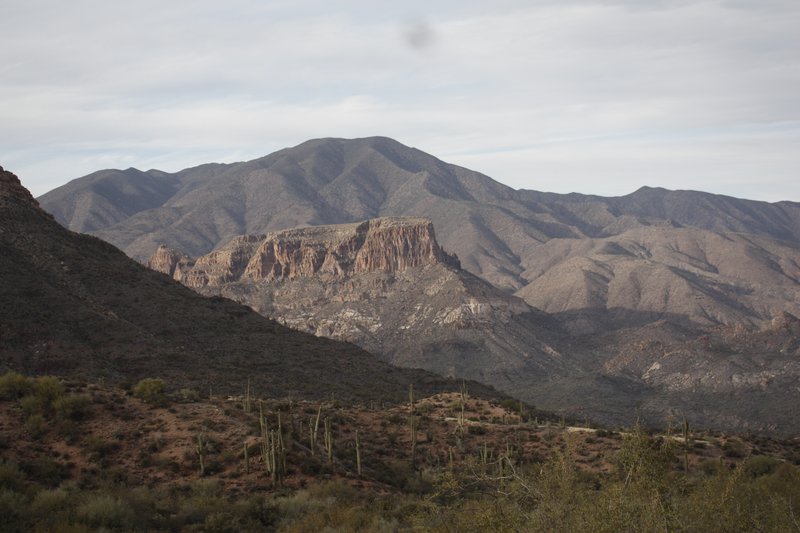 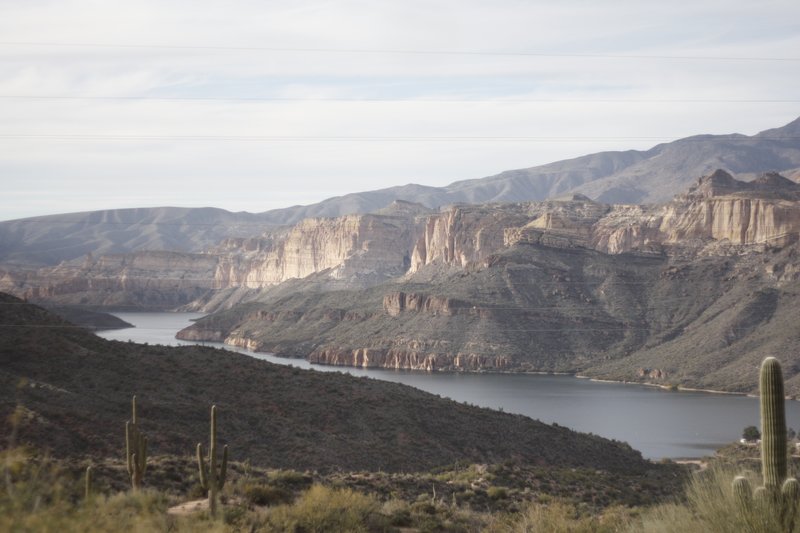 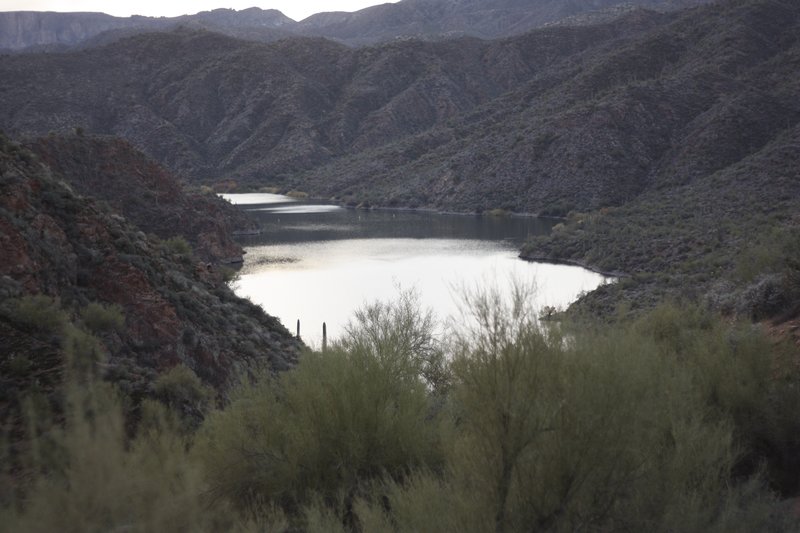 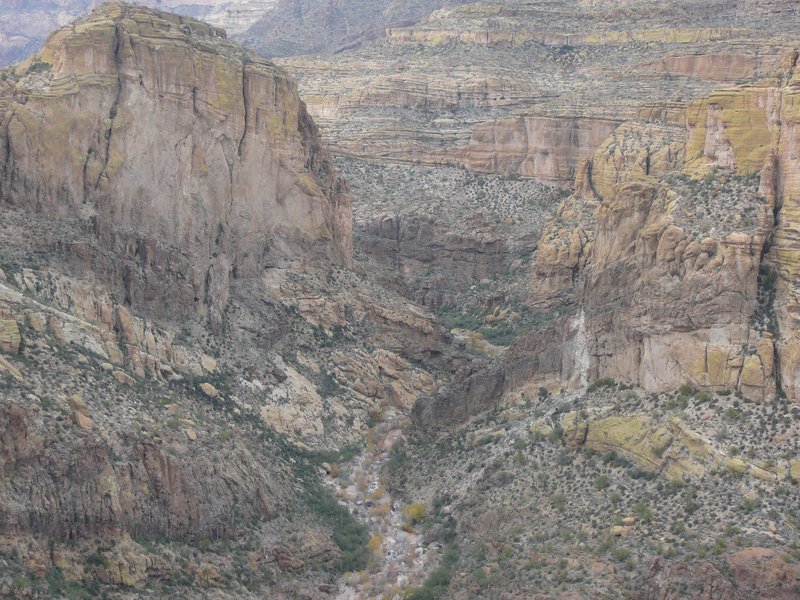 The road itself wasn't all that photogenic, but here are a couple of shots 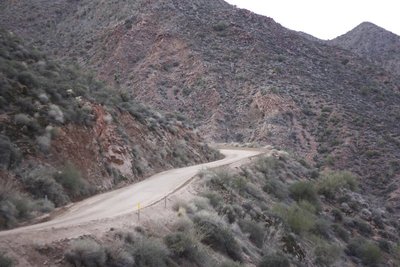 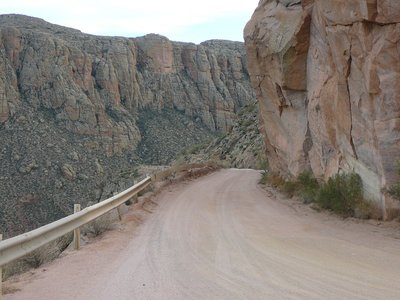 It's in there somewhere 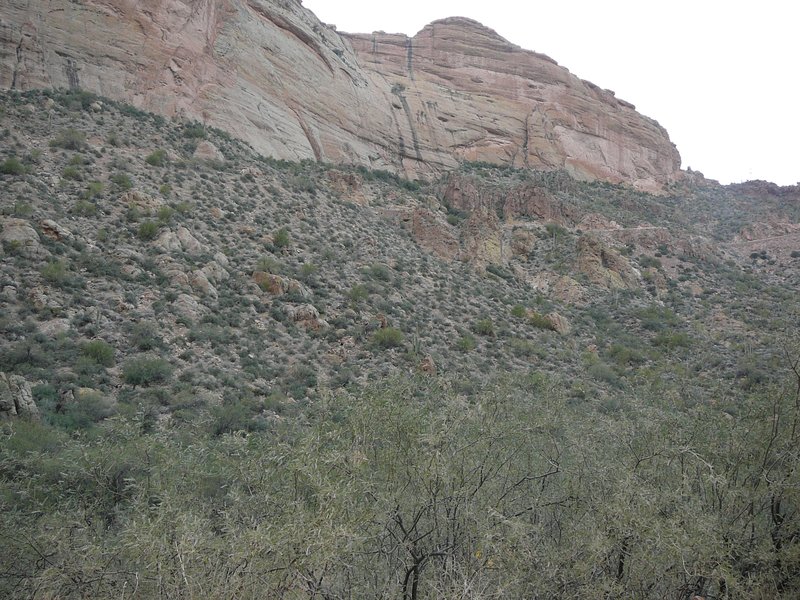 As for the dam 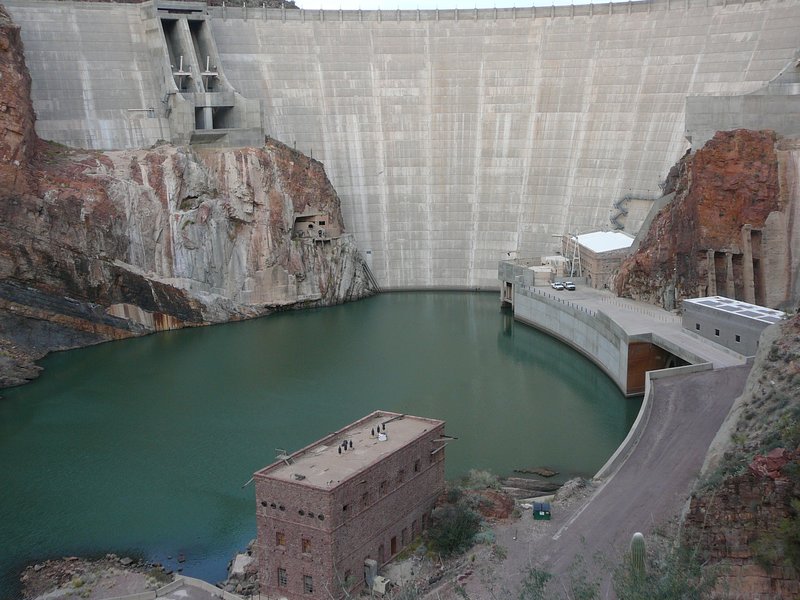 And on the other side 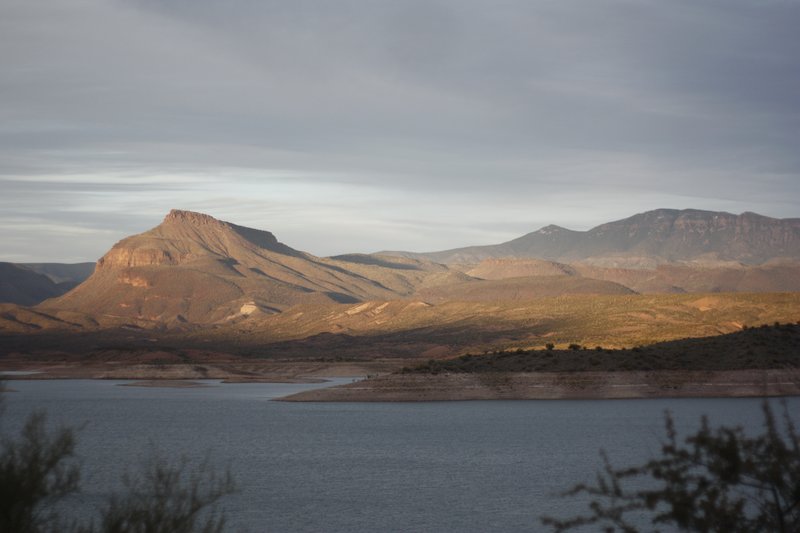 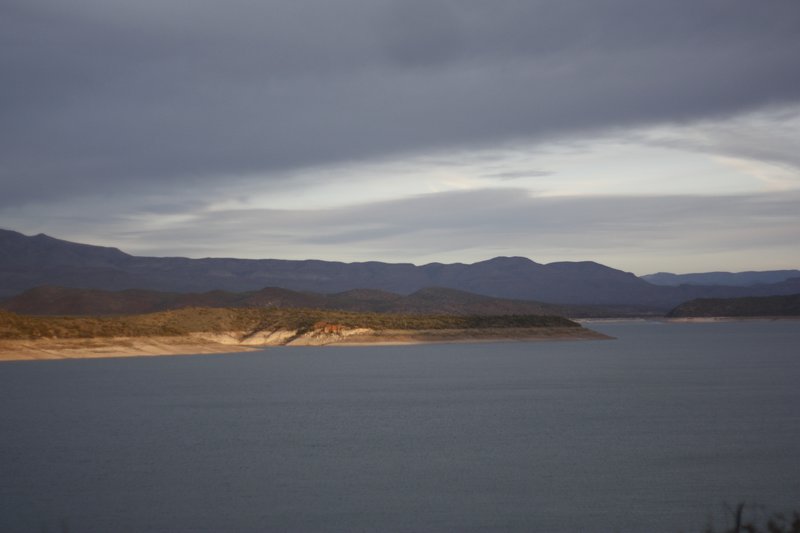 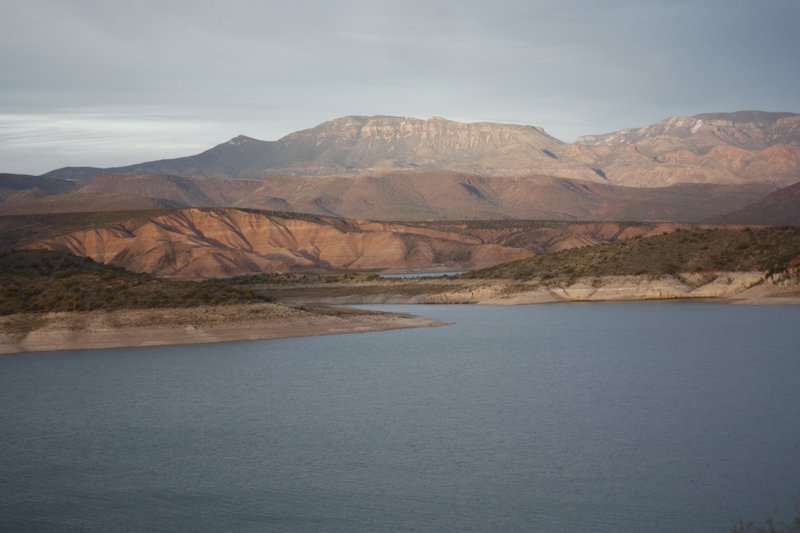 I was a bit worried about how long it was going to take me to get out again: if the road on to the next sizeable town was like the one I'd been on, ages. Luckily, no, a nice normal road 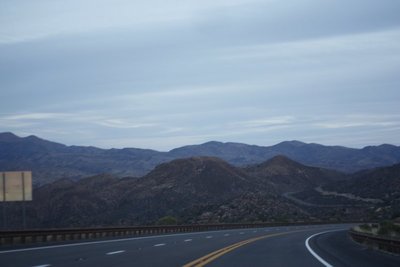 Made me wonder why they took the hard way to get what they needed into the dam.

Posted by NZBarry 08:27 Archived in USA