The next place down the line where I could get a bed turned out to be an old mining town called Globe. I was very happy to find out that the bright lights in the centre of town belonged to the cinema. Perhaps it is somewhere random like here that I should bight the bullet and finally watch the Hobbit? Globe has a couple of famous citizens, connected with the shootout at the OK Corral. Big Nose Kate (Doc Holliday's girlfriend) was from here and Phineas Clanton. one of the bad guys, came here and eventually died.

Prices seemed quite high for motels, given that there were quite a few of them and they were all deserted. Luckily, I was able to squeeze just enough signal out of the library wifi system so I could use a discount code I have for motel6, and thus I cam to stay in the first motel6 of the journey - they've been upgraded since I was last here. Dinner was provided by a gracious old Mexican restaurant and I was sorted for the night.

Just up the road there's another town, called Miami, and the actual mine which is still going 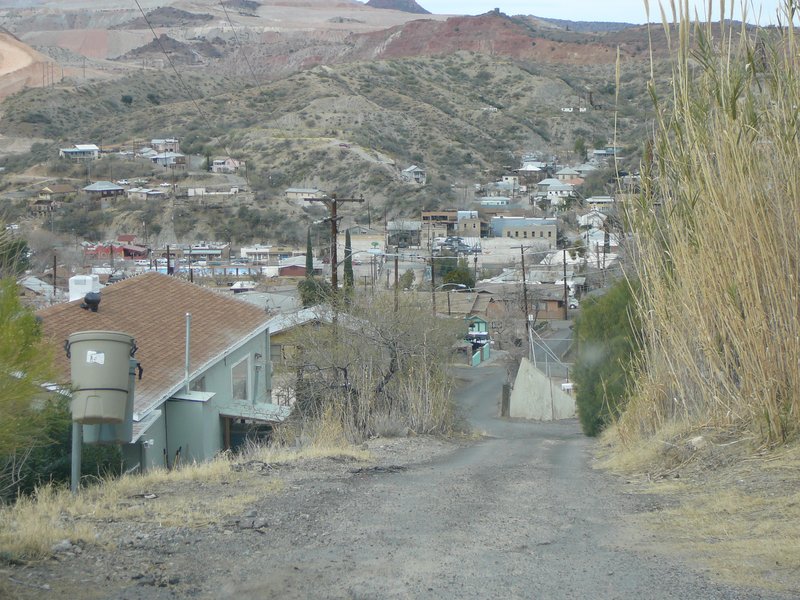 but evidently not employing as many as it used to, as pretty much all of the original businesses on Miami's main street closed down. 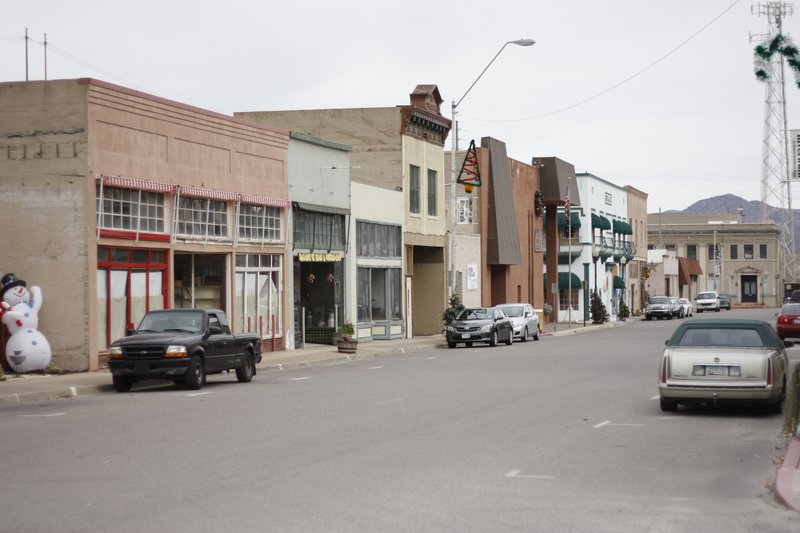 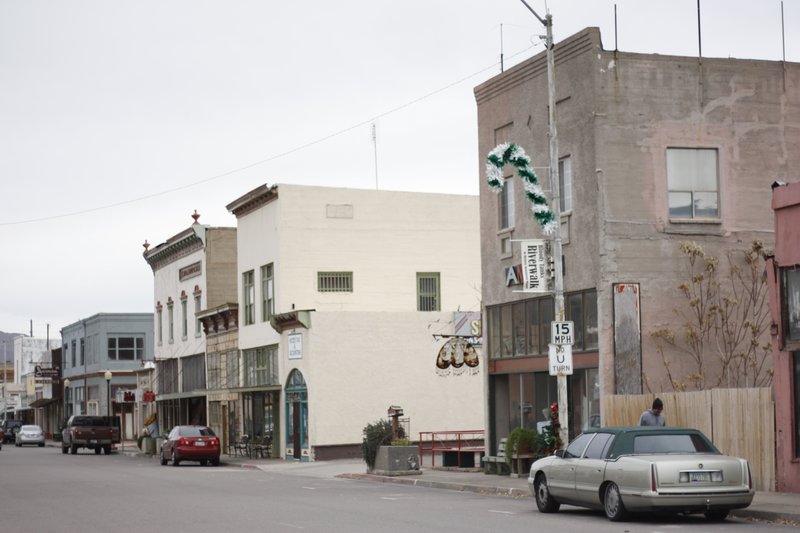 The buildings are looking the worse for wear and I initially thought there was not much going on, but quite a few of the buildings have been repurposed as antique shops, with interesting collections. 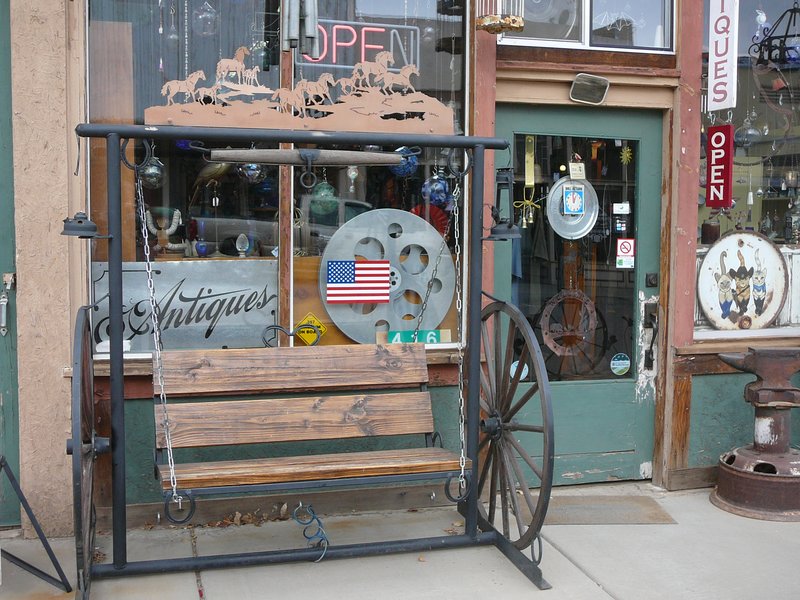 There are also a few artists working here, and one had even decided to run a wee coffee shop in has gallery: he made me a fine Sunday morning cuppa.

I poked about and found some interesting treasures 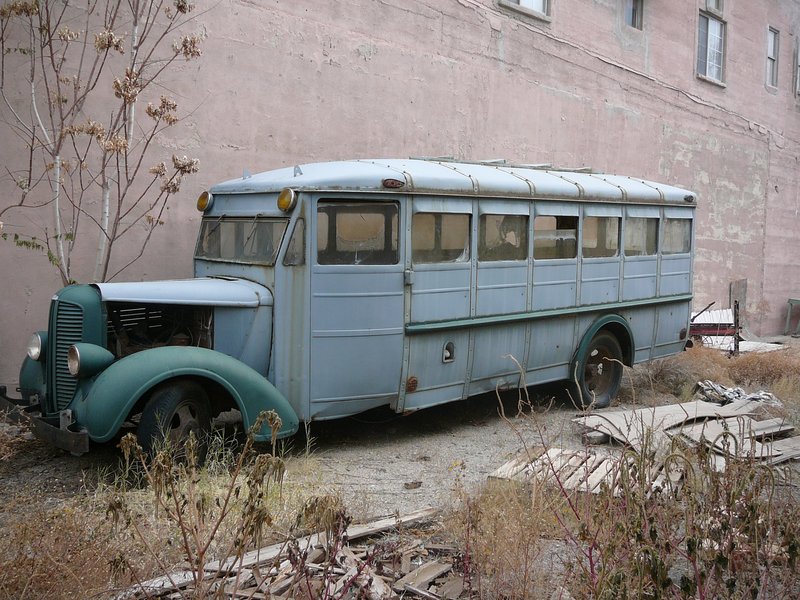 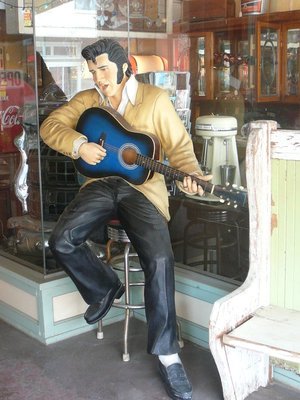 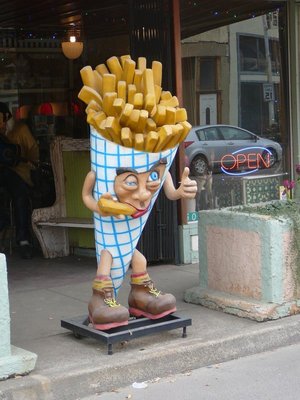 This soda fountain shop was in an odd state of flux: the seating looked like it was being redone to allow for new customers but the counter area looks like it is being turned into an artwork or museum piece. 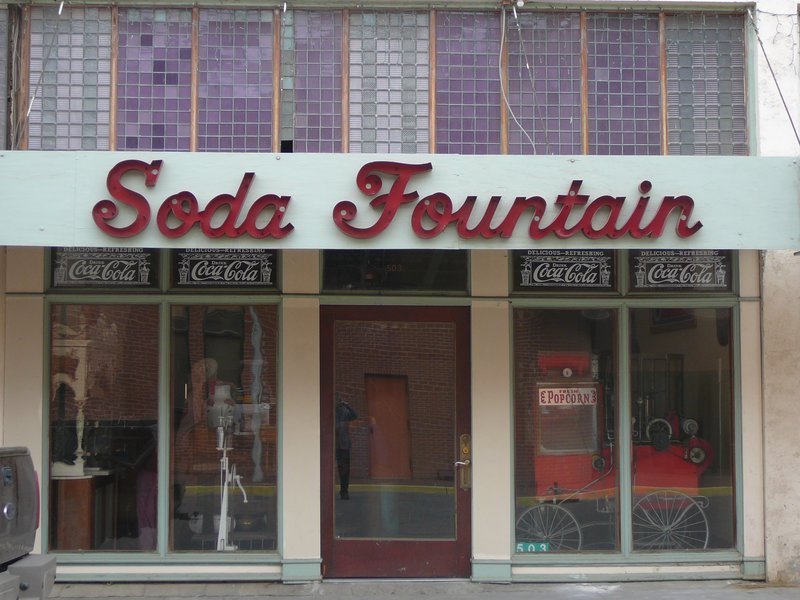 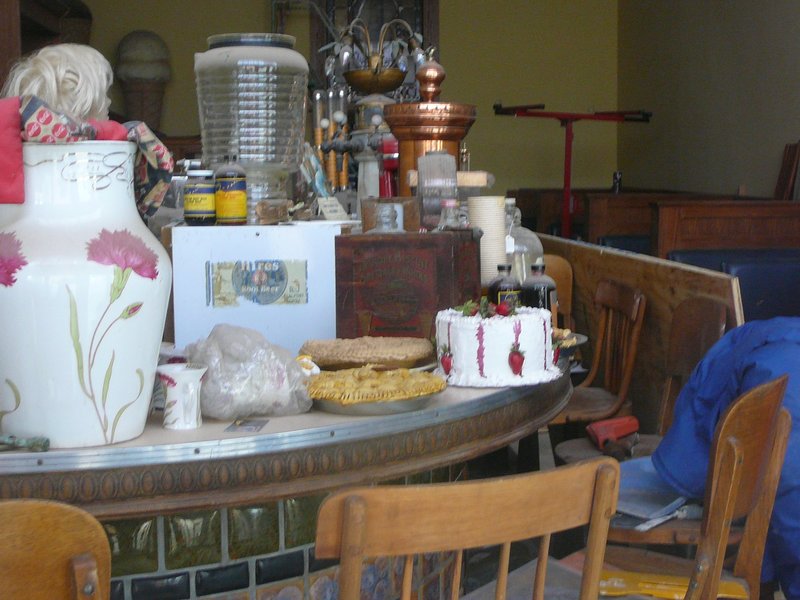 Globe is in a much better state, with various shops contributing to create a functioning town, although the upper level of the main street looks better than the lower. 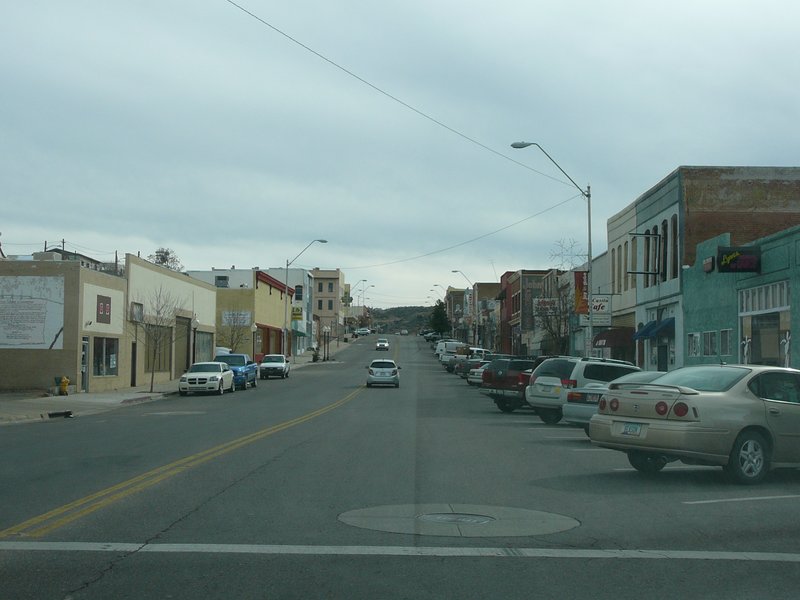 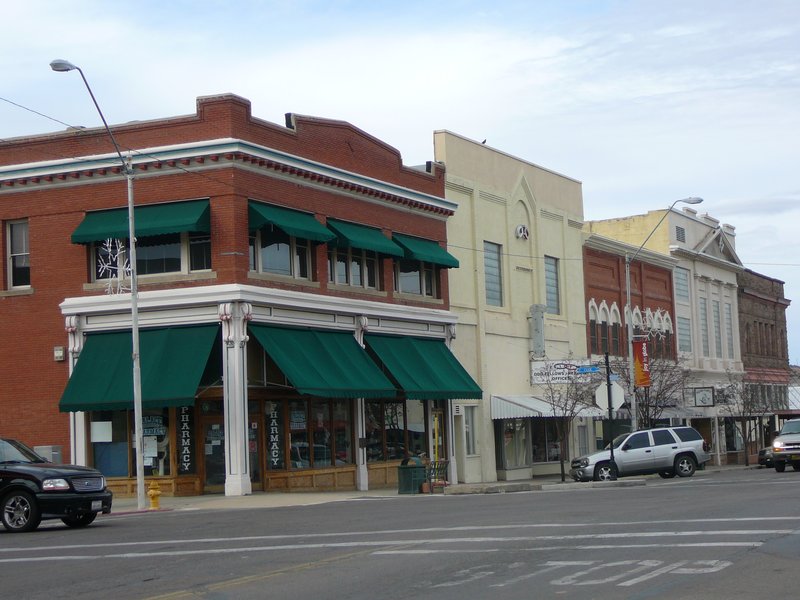 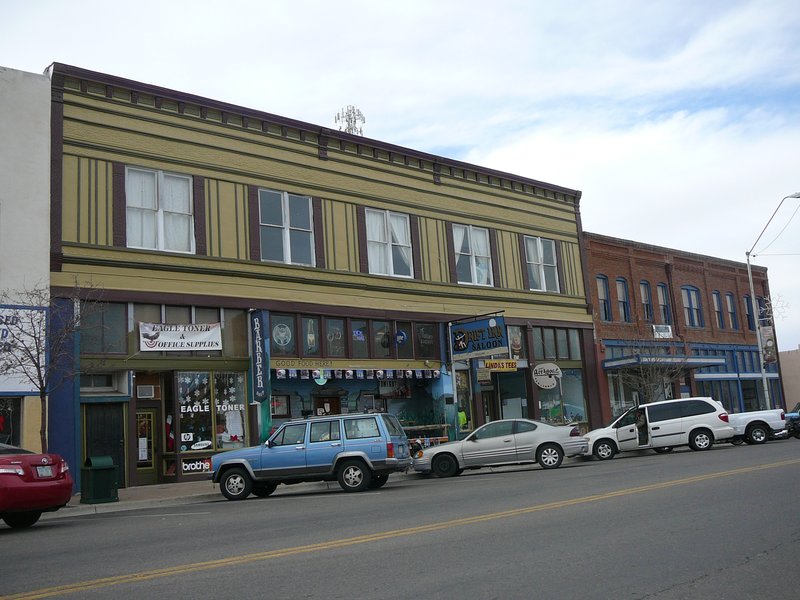 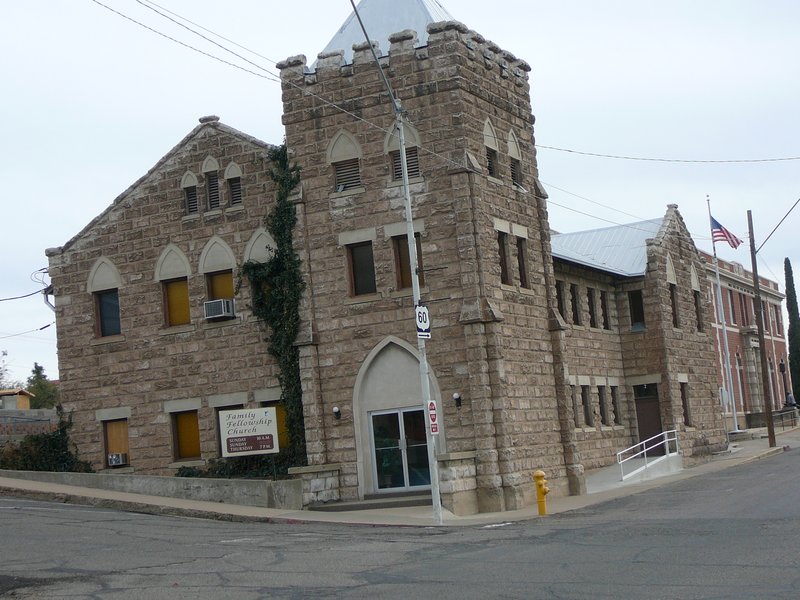 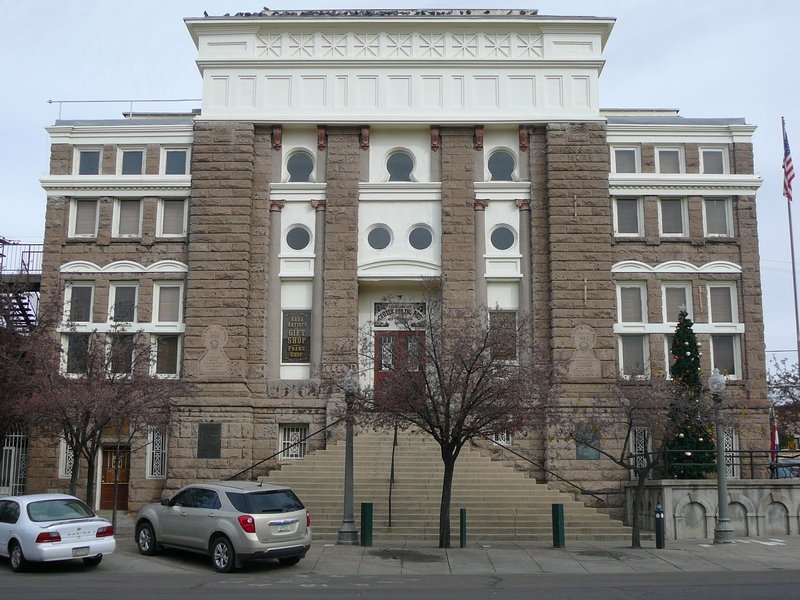 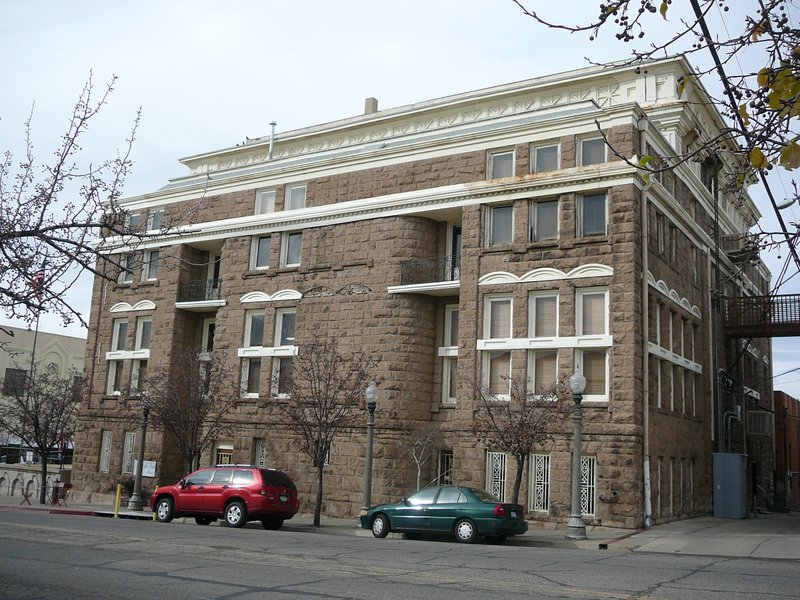 I was impressed with how high those front steps take - right up to the second floor, as it happens. They've turned the place into a folk art gallery, not my thing, but I was glad to get the chance to go in and wander around, although the upper floor was closed off to the public - this was slightly frustrating, as I could see evidence of its former occupant, suggesting that sometimes it is open. Out the back was the town jail 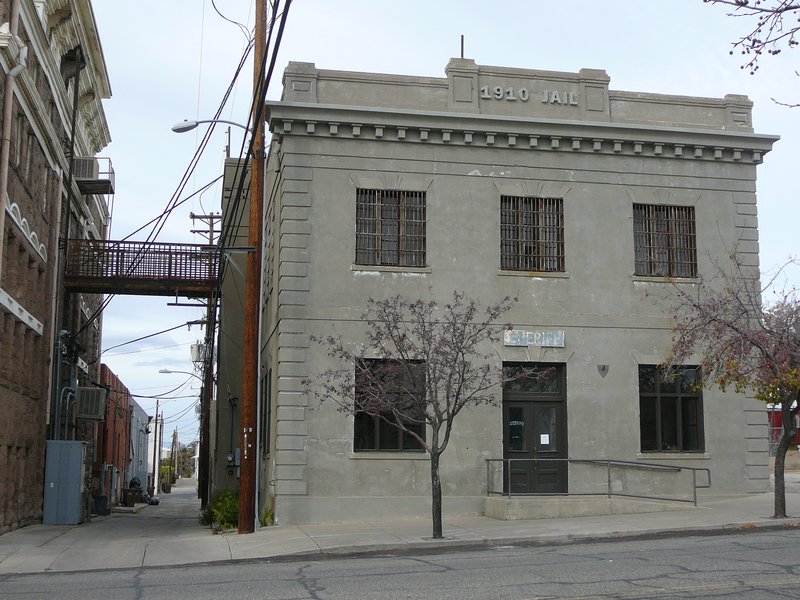 On the way out of town, I noticed this - it had no sign, was not part of a bigger collection, was just sitting there as if someone had built it and forgotten it 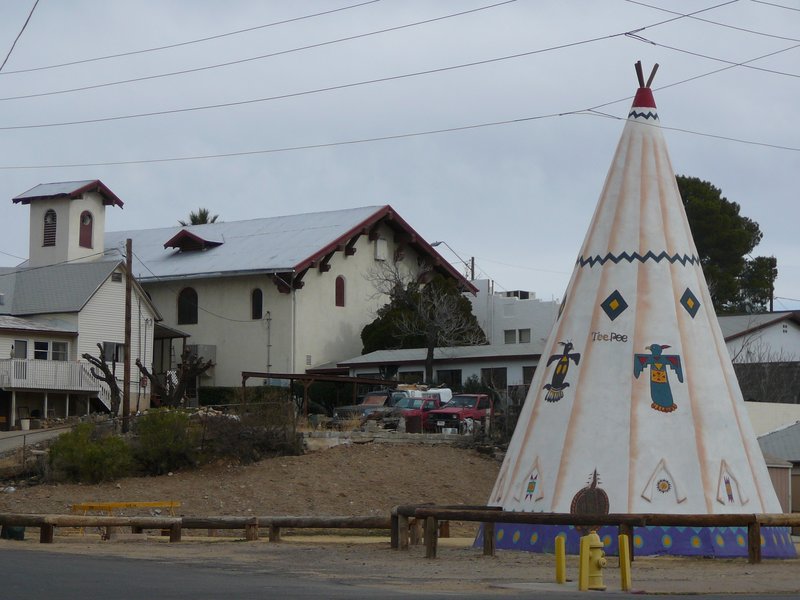 It is only 100 miles between Globe and Tucson but somehow by the time I arrived, it was already dark. I spent a couple of nights in Tucson, even saw in the New Year there.

Posted by NZBarry 09:11 Archived in USA