I'm not even sure where Tucson starts. I arrived at a place called Catalina, which is really just a mess of plazas and malls, and there was no let up for the next 20 miles or so and I was in downtown Tucson. Not that there seemed to be much going on there: my predominant impression is of a streets undergoing reconstruction with a bunch of closures and detours. I did find one wee centre of activity, for about two blocks N 4th Avenue turned it on with cafes, bars, tattoo places, whole food shops, funky clothing shops and a bookstore. I particularly enjoyed Cafe Passe - I was in there a couple of times to use their internet, have a good coffee and just sit awhile.

My main reason for stopping in Tucson, however, was so that I could go out and explore the Old Tucson Studios. This is a film set built in the 1930's for a movie called Arizona. There were a few more movies shot there during the late 1940's and '50's (Last Outpost with one Ronald Reagan and Gunfight at the OK Corral) but it seems that the place was falling into disrepair until a fellow by the name of Robert Shelton took it over. He made it into a combined film set and theme park so that members of the public could go out there and poke about. According to legend, Shelton was worried that he would spend all his money getting the place ready, open its doors and no-one would come. Apparently there were something like 15,000 people waiting on opening day, and they haven't stopped coming.

A huge number of Westerns have been filmed here, including four John Wayne movies (and they are still being made here) with the same buildings being used over and over, although every so often a new building has been required and then in 1995 there was quite a fire, which meant substantial rebuilding. To get there, you go out through the hills 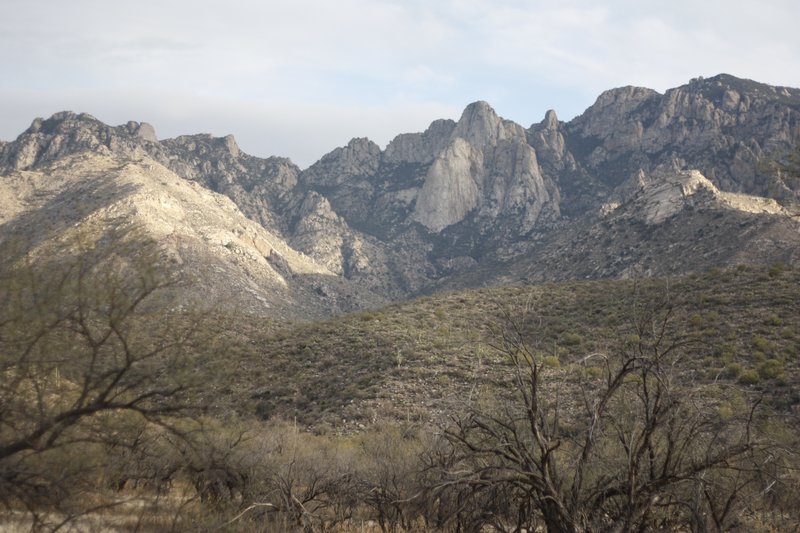 where there's lots of cactii lined up like soldiers 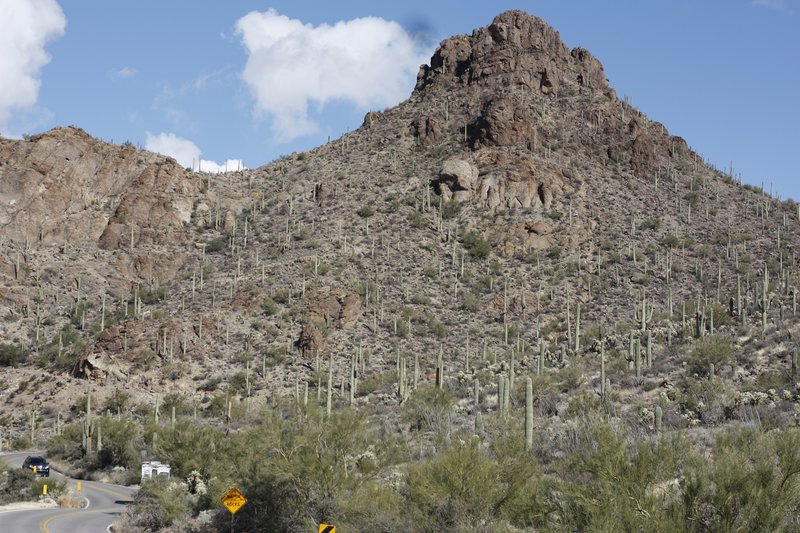 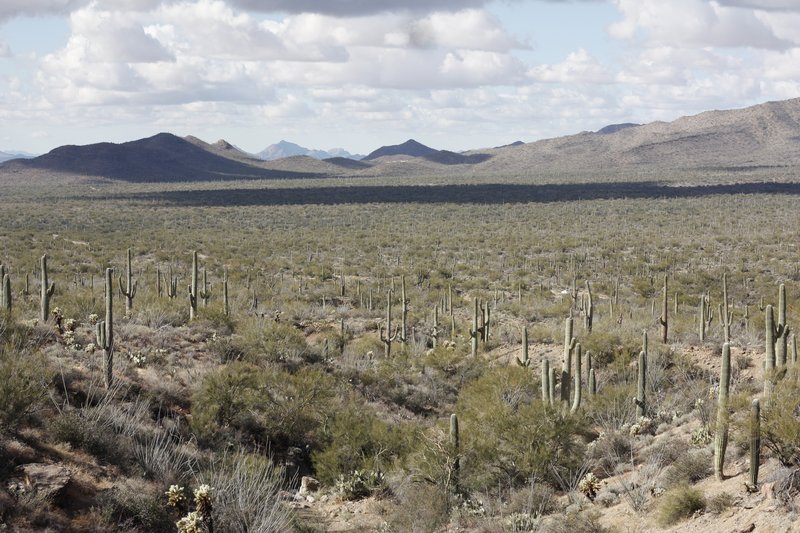 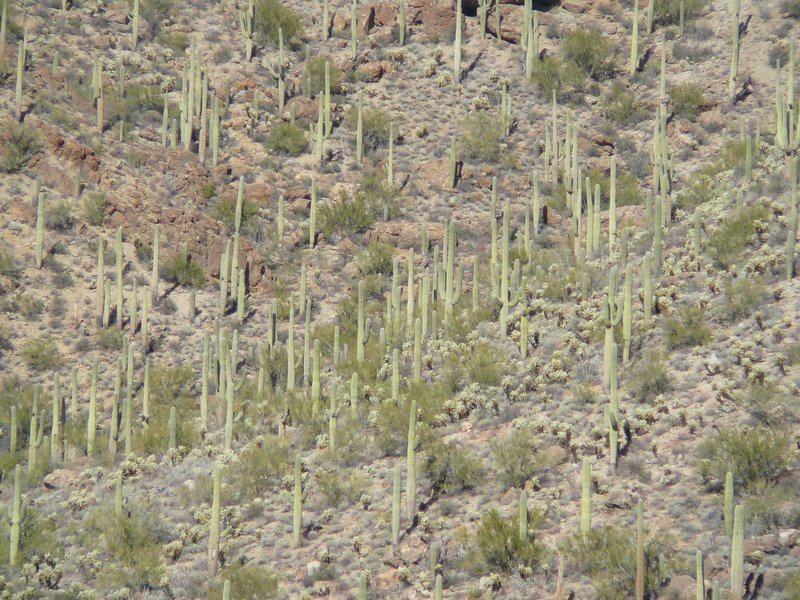 When I was growing up, I spent a fair amount of time watching the Cannon family trying to establish their ranch, High Chapparel. It was all shot here, although the buildings didn't really match my memory of the place 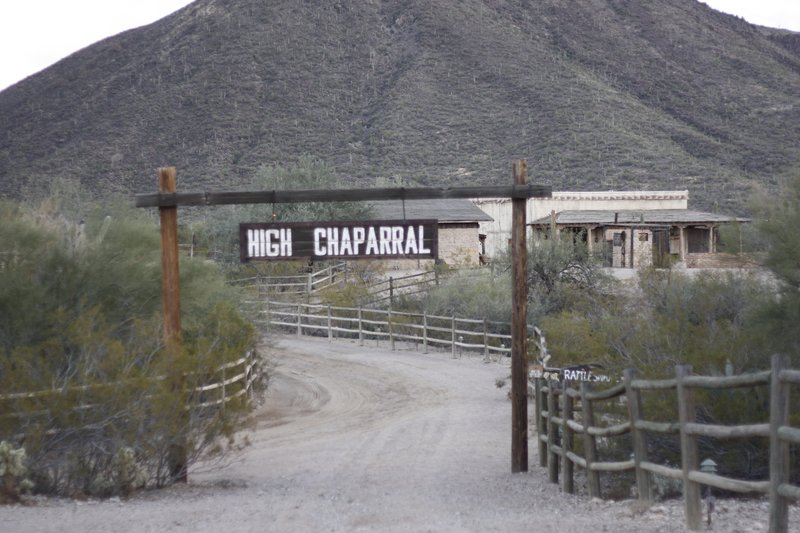 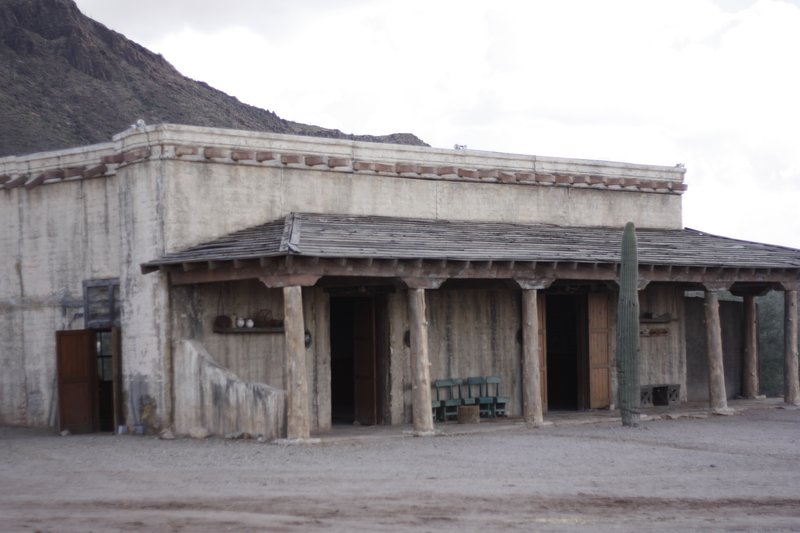 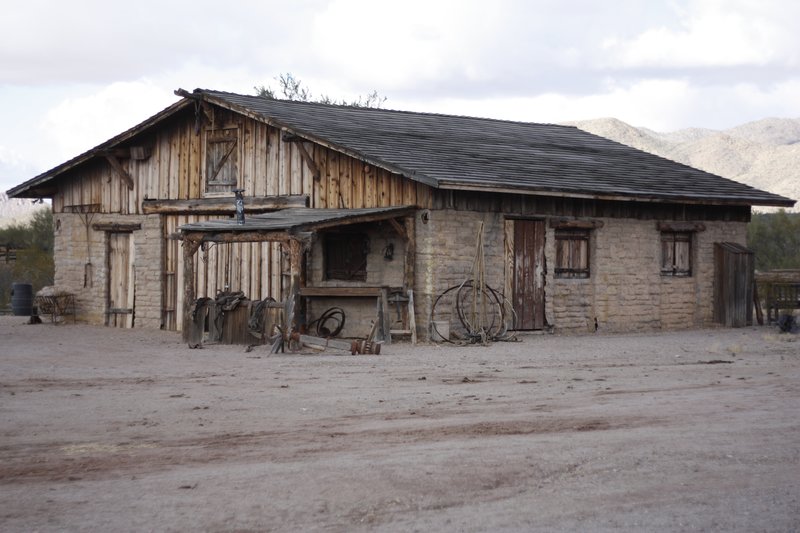 The idea is that this set is some version of early Tucson (and half the small towns in the west). It has a main street 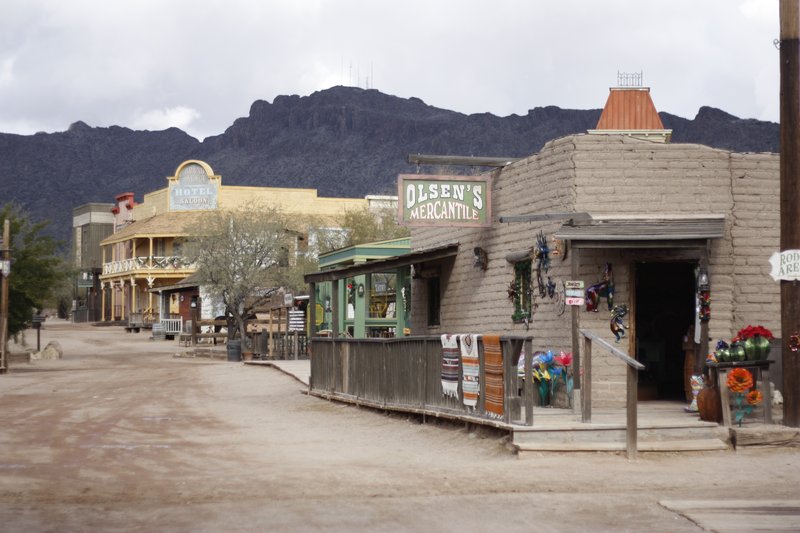 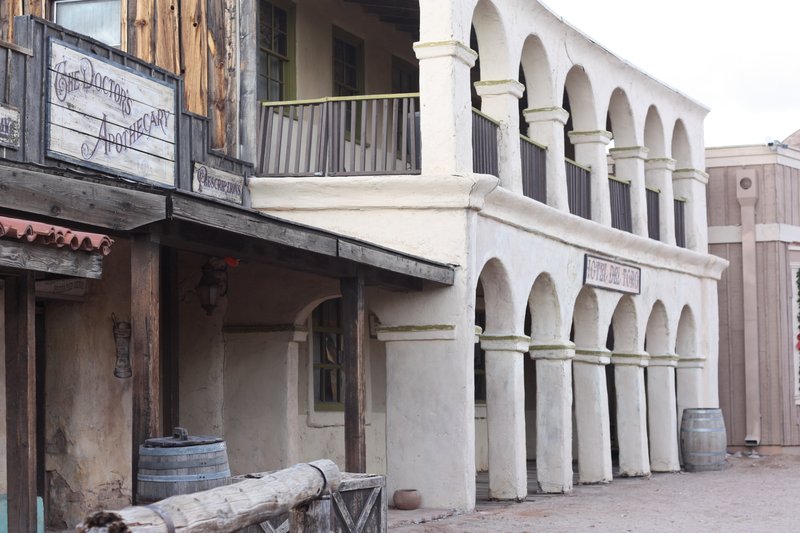 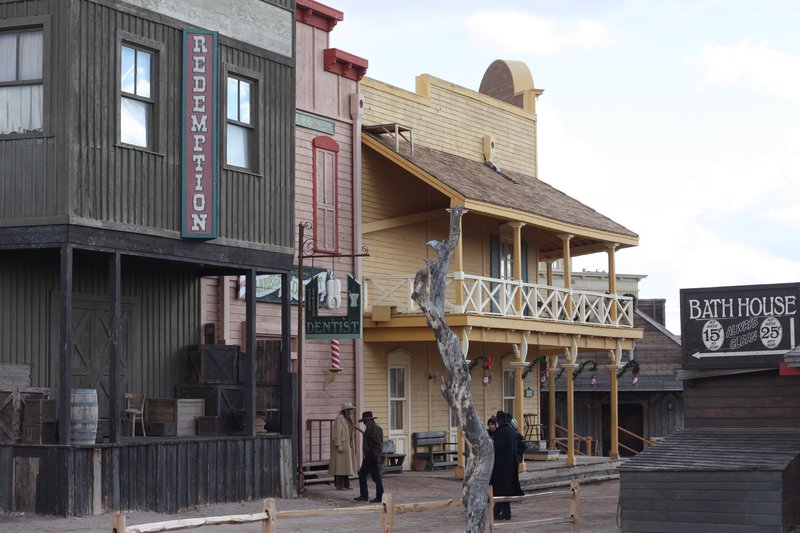 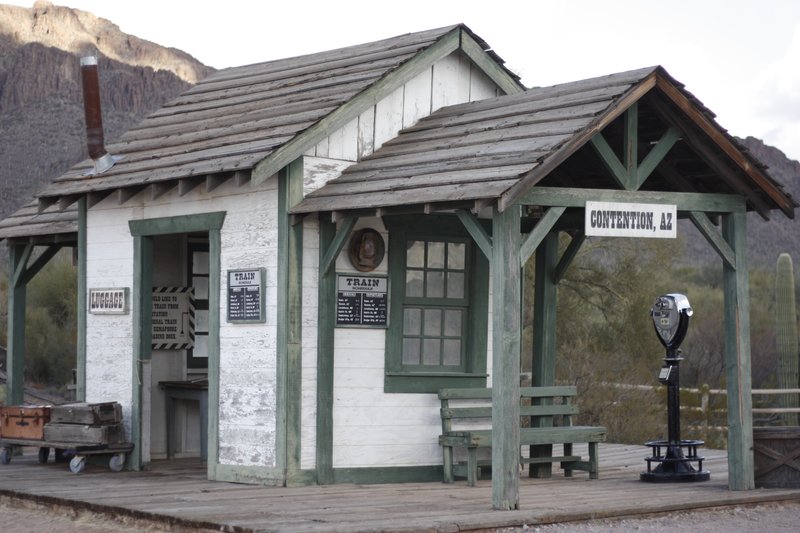 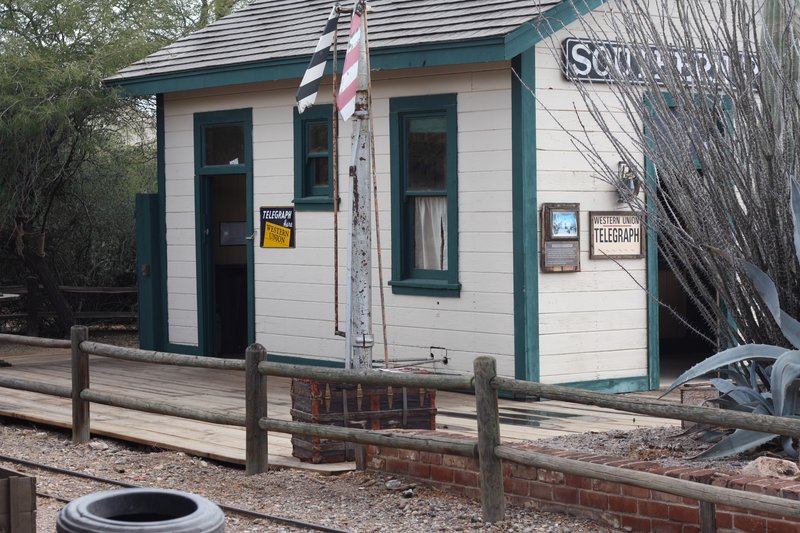 a train (the Reno) 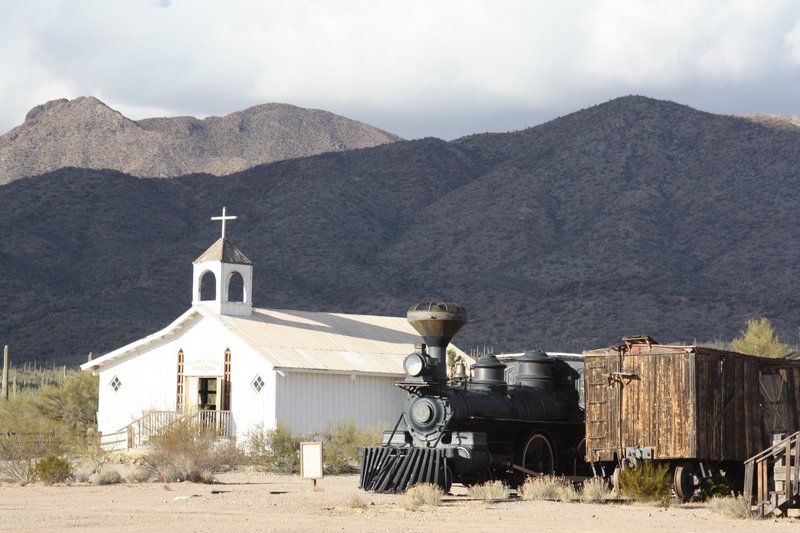 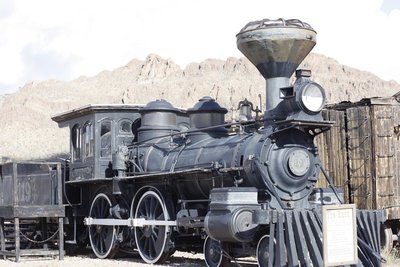 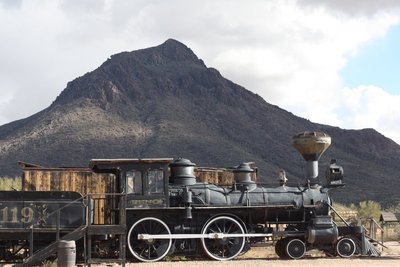 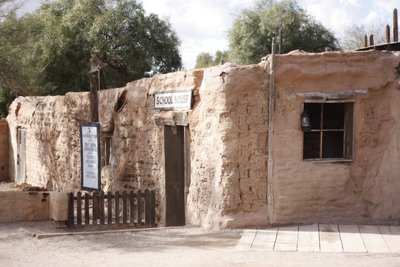 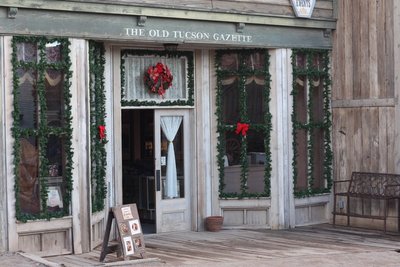 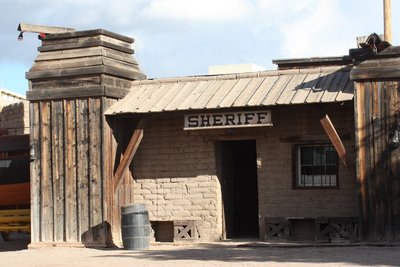 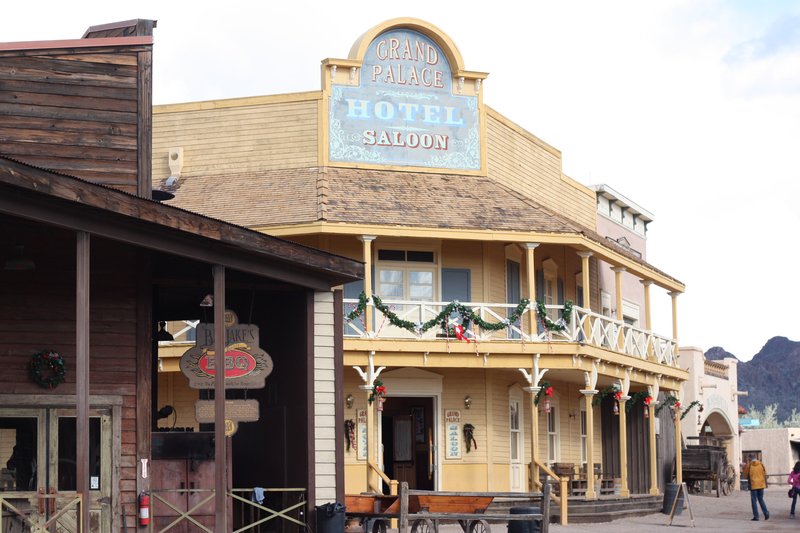 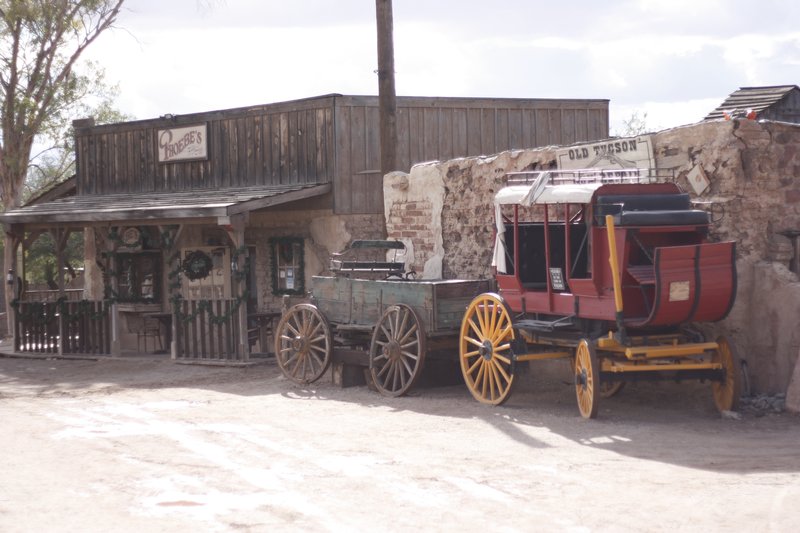 This is a western town and a movie town, so what you need are staged shootouts: the one I saw was from the Quick and the Dead. It was actually pretty good, to the point that I came out wanting to watch the movie 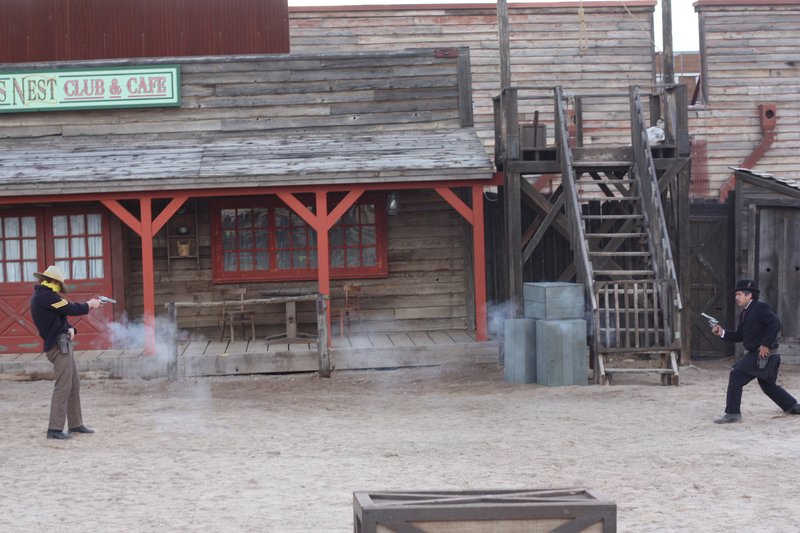 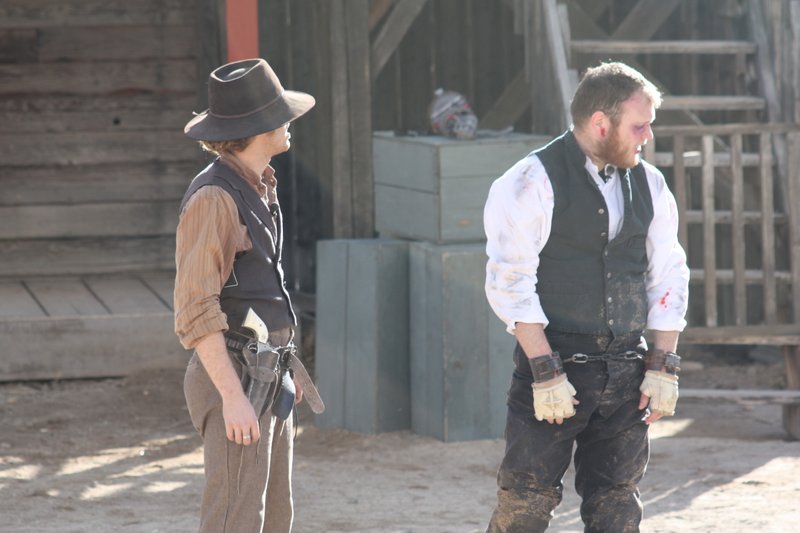 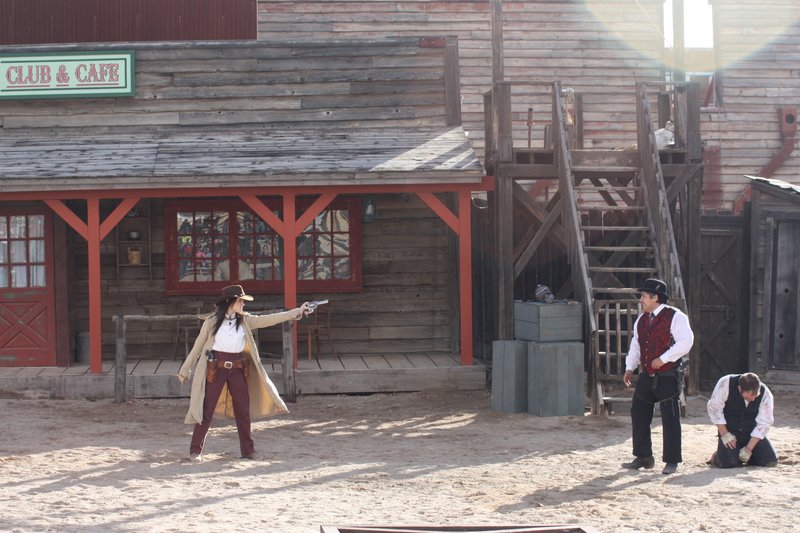 Ah well, time to get out of here 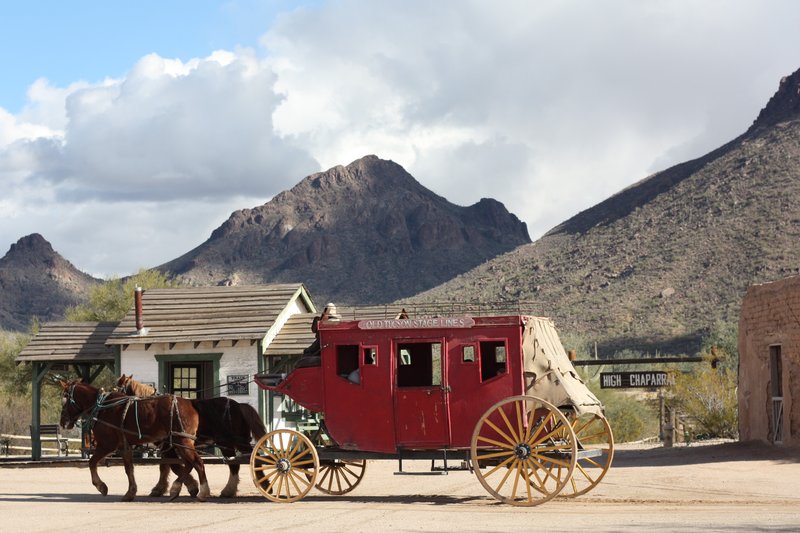 Back in Tucson, I thought I was in for a long afternoon of photographic viewing at the Center for Creative Photography at the University of Arizona. Turns out it is more about doing than showing, so there was a single exhibition called The Jazz Loft, photos of Eugene W Smith. He was a Life Magazine photographer who became a shut in, in a building at 821 Sixth Avenue, New York from 1957 to 1965. Luckily, this wasn't any old building, it was a jazz loft, where the greats used to come play, hangout, record: Mingus and Monk are the two names I recognise. It looks like he never left the building - he shot 1447 rolls of film, either of events within the building or what he could see from his 4th floor window. He had also wired the building for sound, so creates an unusual behind the scenes record of musicians at work - about 4000 hours worth. They would be interesting (and possibly worth a fortune now).

The big news on the TV at night is about gun control, with Joe Biden deputised to work out a way to restrict the sale of assault weapons and large capacity magazines. Tucson had its own shooting just a year ago (nearly lost their Congresswoman and did lose their Chief District Judge), so I would have thought there might be a certain desire to corral the use of weapons. Not according to the second major news item: there's a run on guns in Tucson.

Posted by NZBarry 10:02 Archived in USA