Looking at the map, it seemed simple: drive up to a northern entry to Death Valley National Park, drive down through it and across the I15 Interstate into the Mohave National Preserve, then pop along the I40 to Barstow - 370 mile, which would be easy if I left early. So I booked a hotel for Barstow and did set off early, but things went awry in Death Valley: I found I liked it so much I had to explore all sorts of side roads and it was pretty much dark as I was leaving the Park. Even then, I missed about half of the park - it is huge, 3.4 million acres. A hotel in Barstow no longer seemed like a very good idea.

The drive up from Las Vegas, a bit over 100 miles, was dead boring: Vegas itself flung itself along the side of the road for about 20 miles, then there was nothing save for one or two gas stations and casinos. Finally I started to approach the park 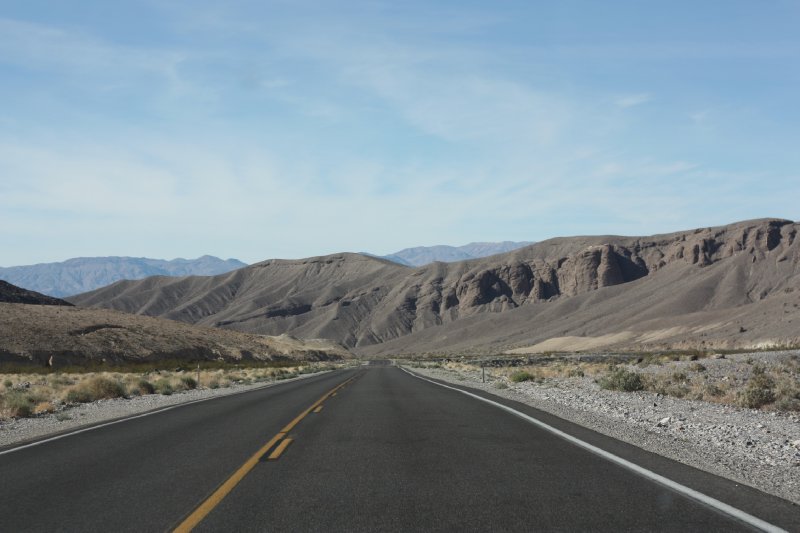 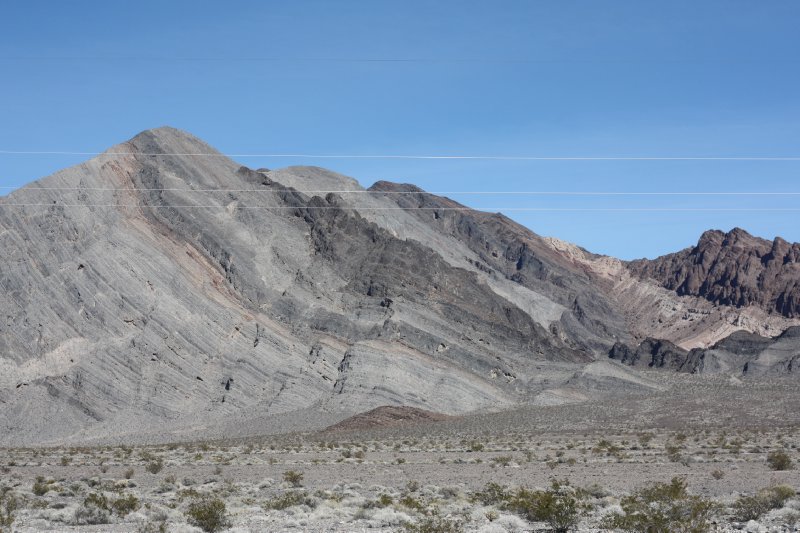 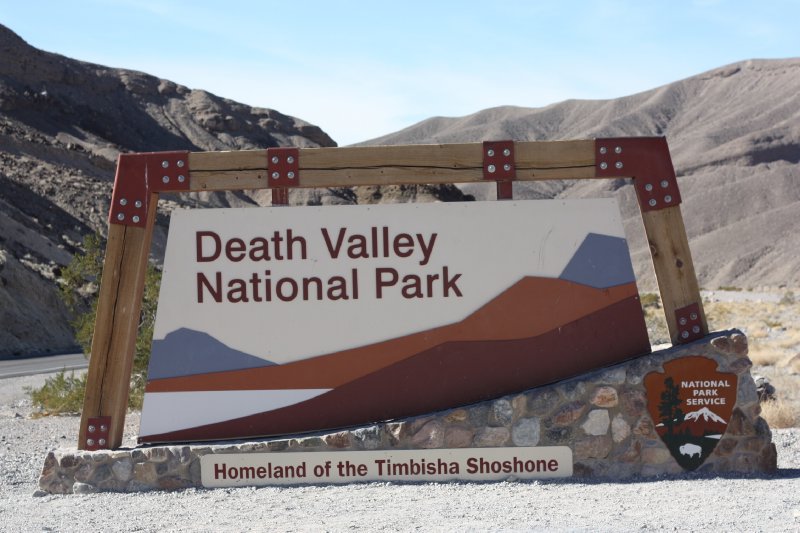 Death Valley is aptly named: the record high (and it has the world record) is 56.7 degrees (sounds even worse in fahrenheit - 134) at Furnace Creek, with an average mid-summer daytime temperature of 47 degrees. There is an odd story about this world record: it was set in 1913 but only recognised as the world record recently by stripping Libya of the title for a temperature set in 1922. As I overheard a ranger say to a group he was conducting, this heat bakes the land so hard that nothing lives, not even snakes (he didn't mention cockroaches). Funnily enough, this didn't stop someone setting up a marijuana plantation with about 8000 plants. Nonetheless, a hotel has been established there 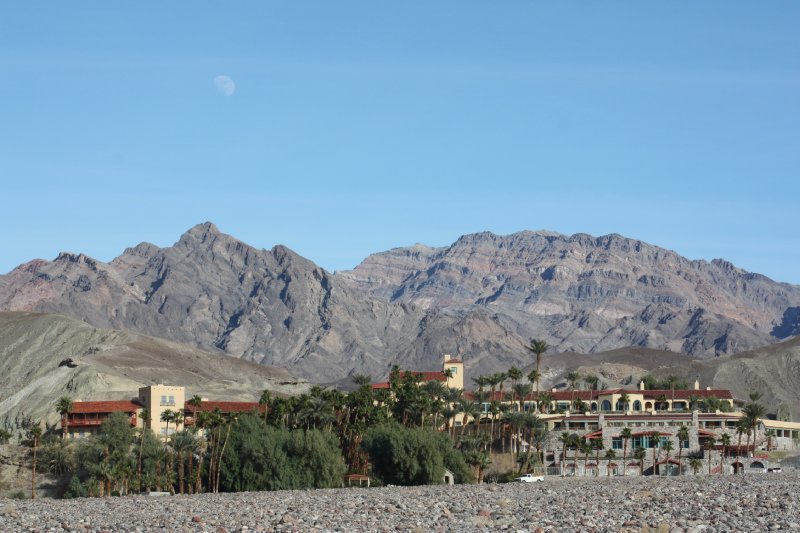 and a gas station (with incredibly expensive gas - I filled up in the morning and paid $2.90 a gallon, they were charging a bit over $6!). I was glad to be there in winter: even then the average day time temperature is around 20 degrees. But this is only one of the features that makes this place different: another is that it is the lowest point in the USA. Furnace Creek is at 180 feet below sea level, and then as you go down the valley, at Badwater Basin it is 282 feet below. As I was driving around the hills above the valley, I would have sworn I was seeing water below me, but it is actually salt encrusting the rocks, which is what makes the water that does exist (and there's very little) bad. A third feature is the tremendous variations in the rock formations I noticed as I drove in and around the Park.

The thing that really put the valley on the map was that it was found to be very rich in minerals - gold and silver as well as borax. There are something like 3000 mine openings around the place, most of them pretty dangerous. 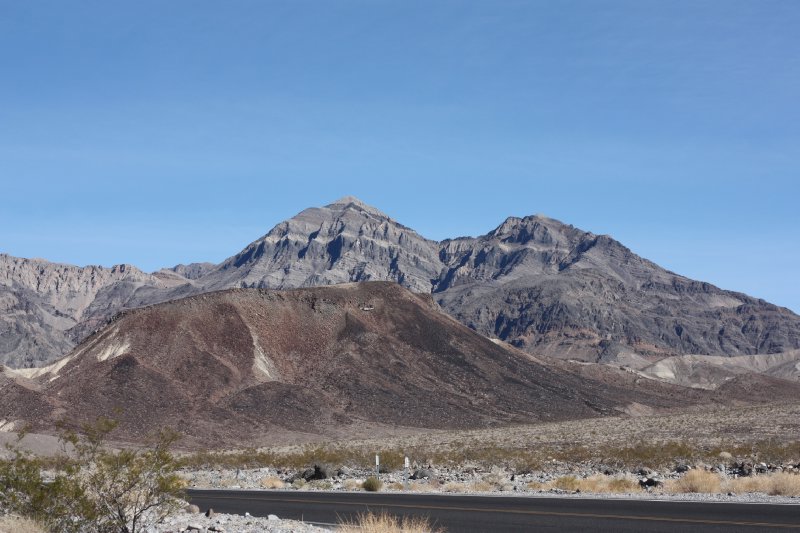 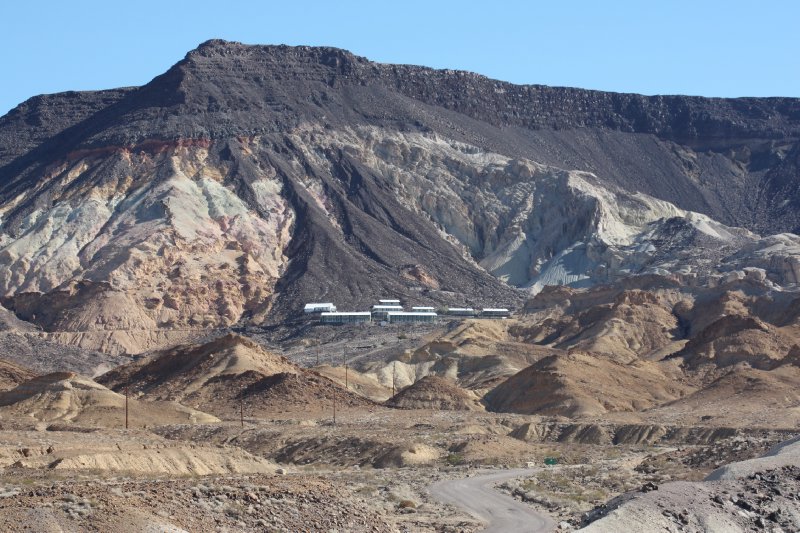 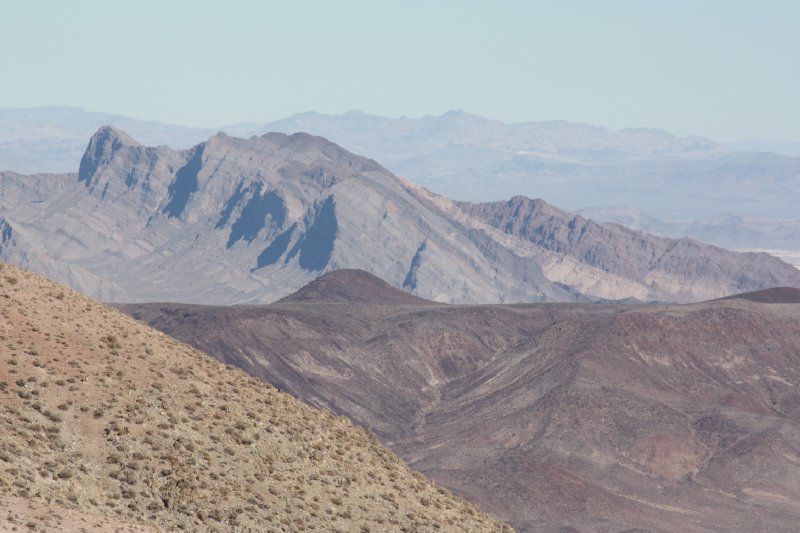 My first thing was to get out and clamber around on these rocks, at the entrance 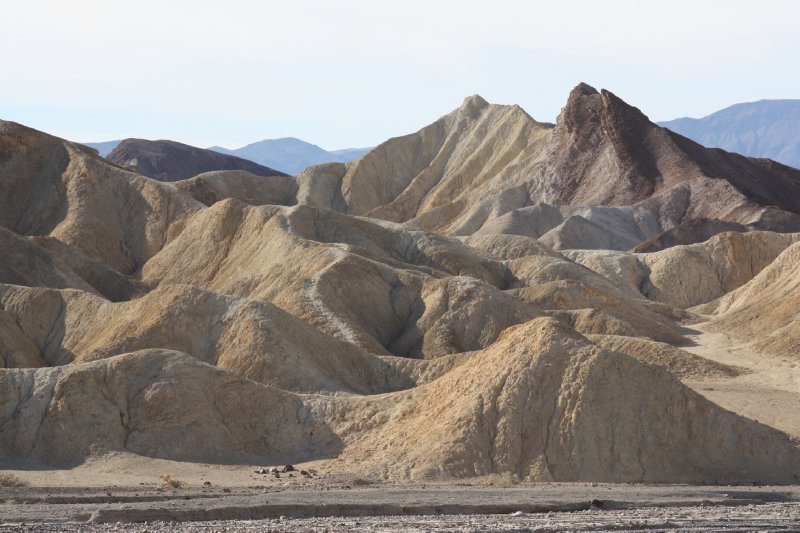 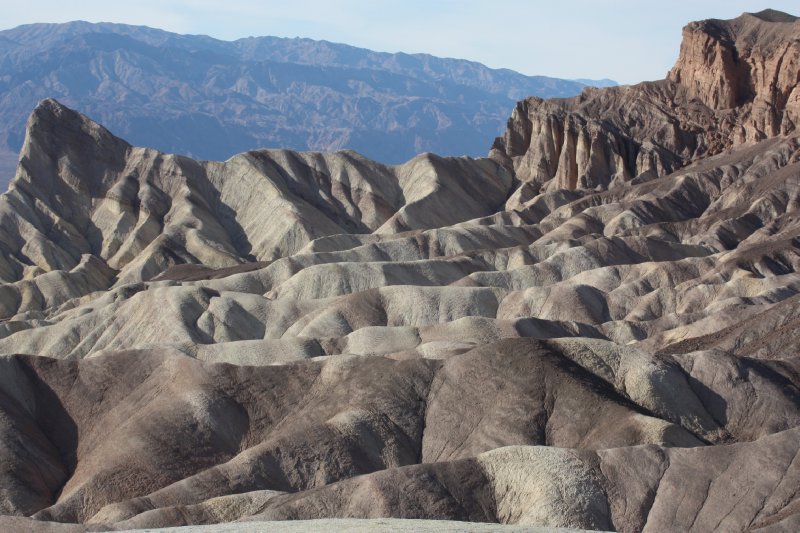 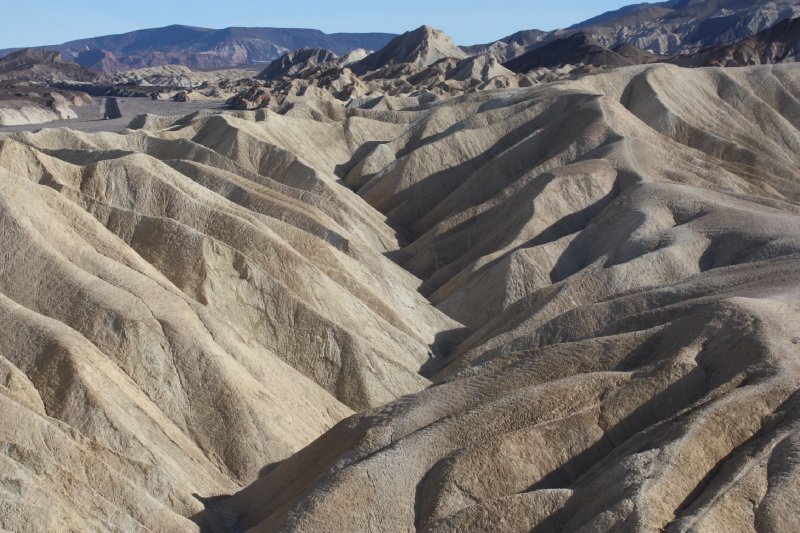 then go up Dante's View, which is about 5500 feet up, and allows a proper look into the valley 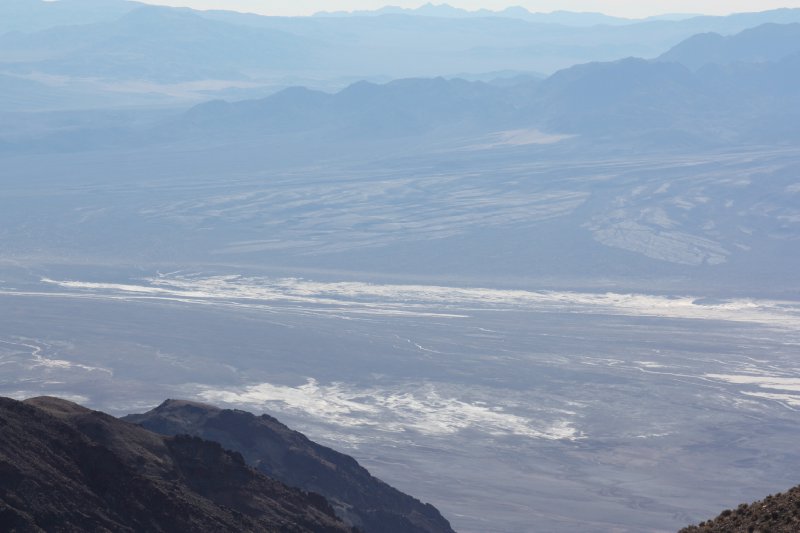 This part (below) is called the Devil's Golf Course - the salt surface makes it so rough that only the Devil could play golf there: 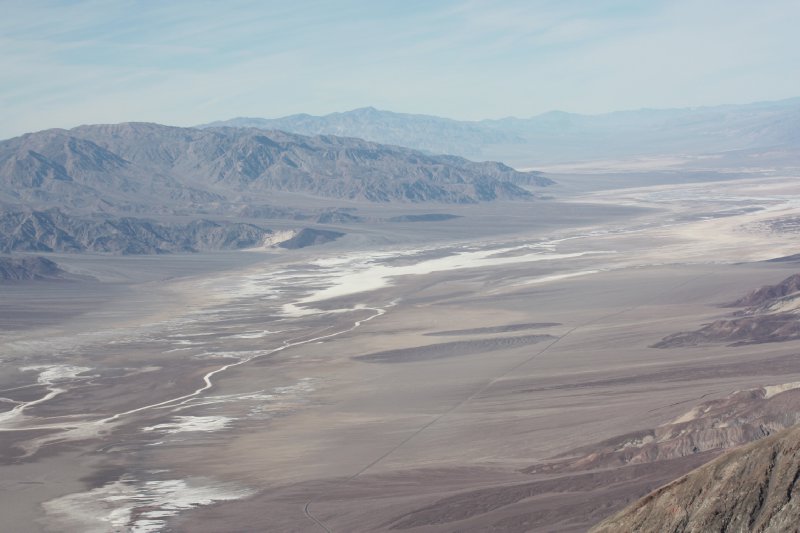 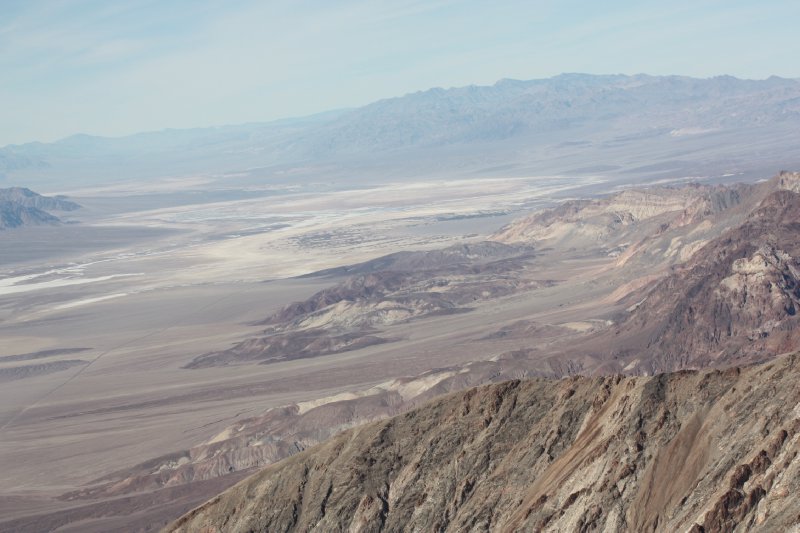 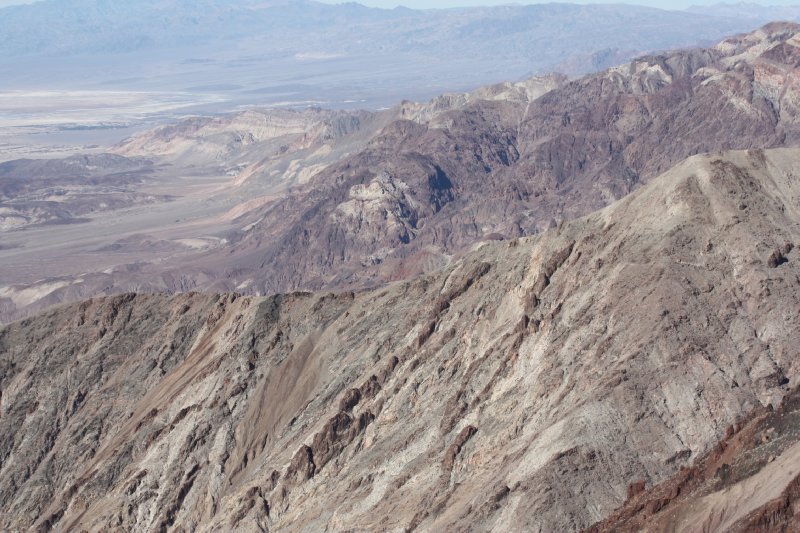 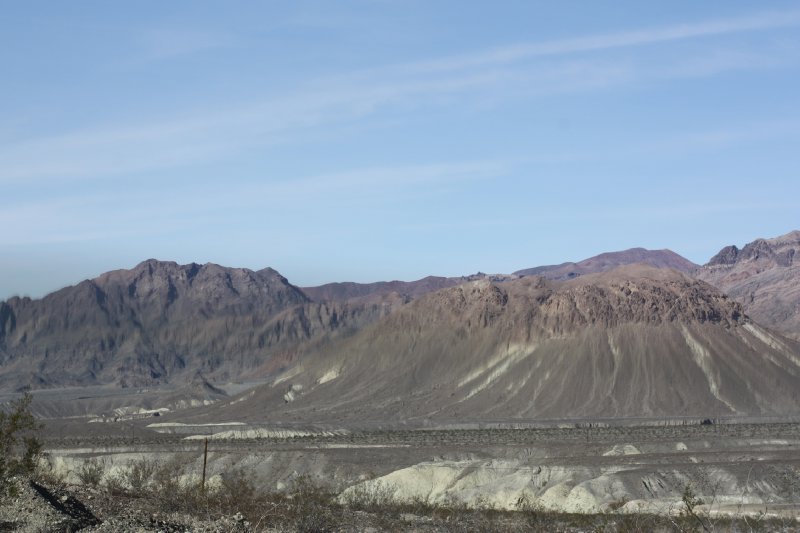 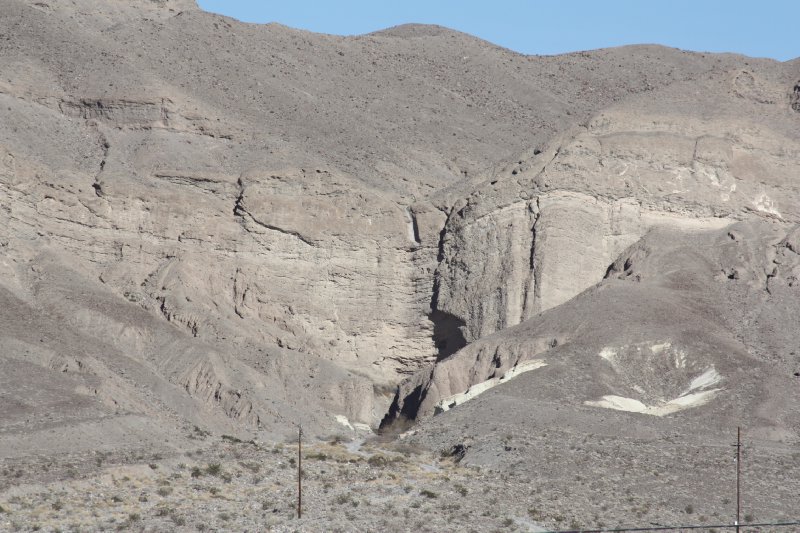 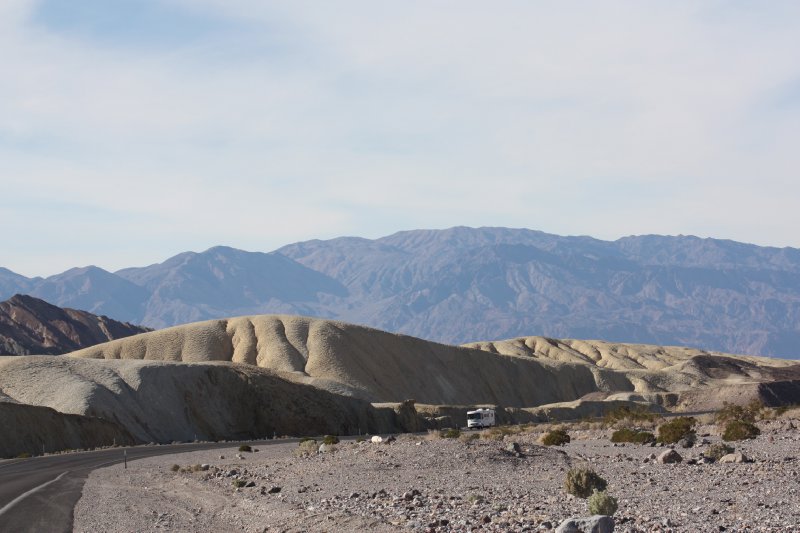 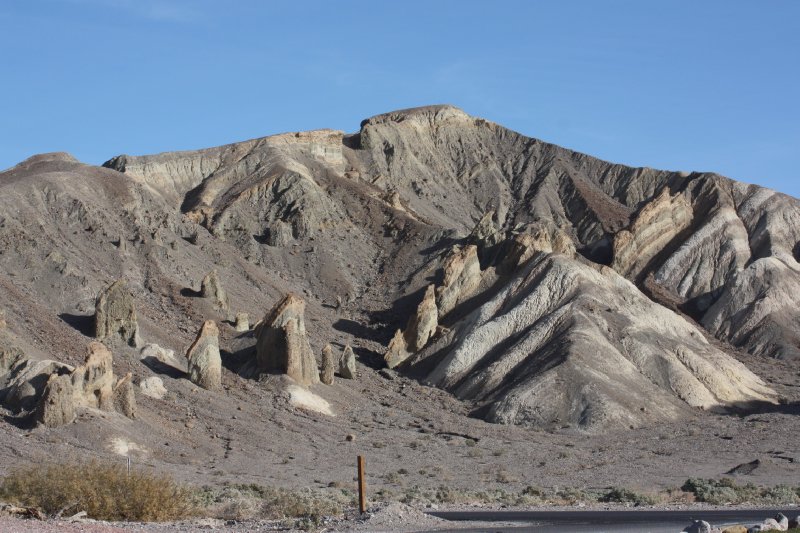 and colours - as a result, there is one part where they've made a separate road to get you close to the rocks and called it the Artist's Drive. Unfortunately, the colours were quite a bit brighter than my photos might suggest: 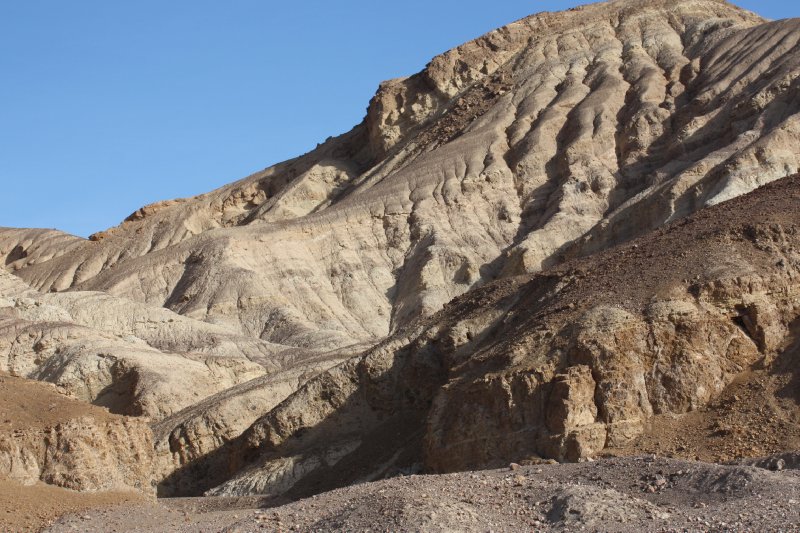 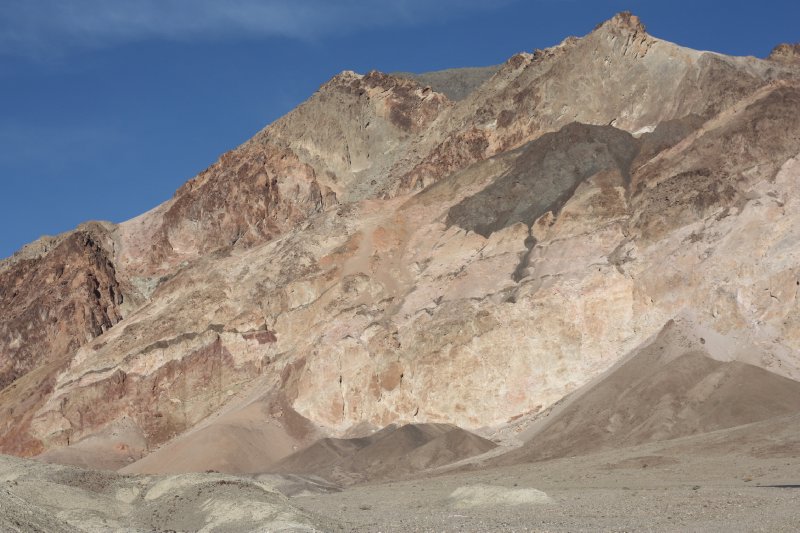 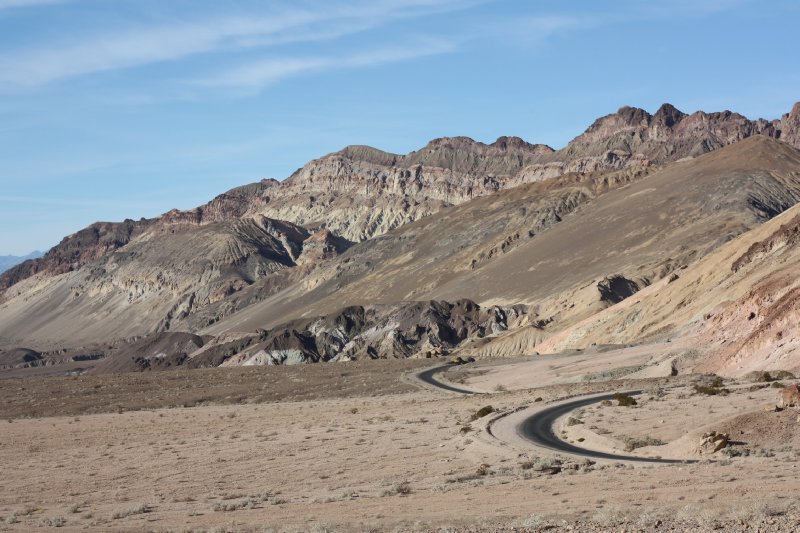 The road had some nice twists and run quite steeply downhill for quite a bit, which would have been great to cycle down: two fellows did as I drove, and they quite comfortably beat me 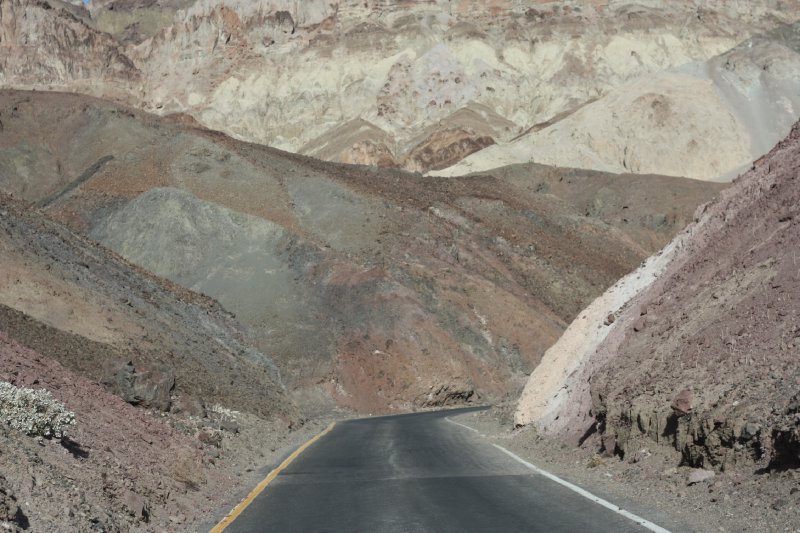 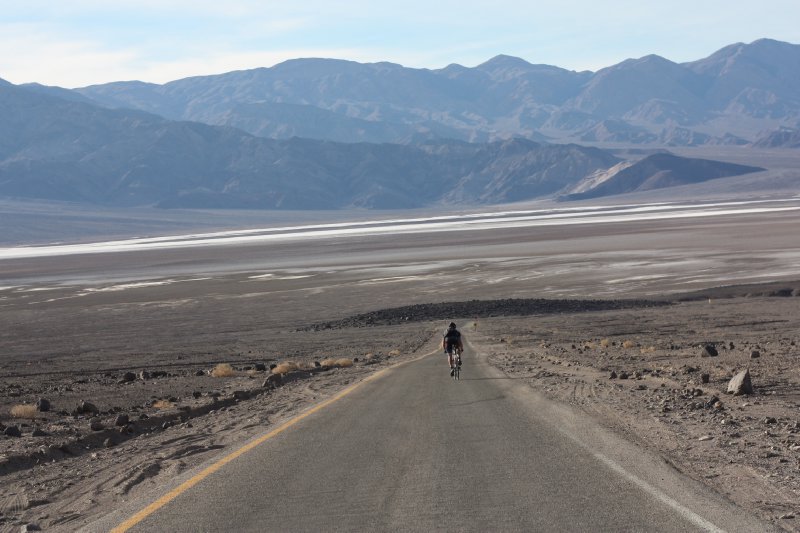 Finally, I reached Badwater Basin, and there actually was a tiny bit of water there 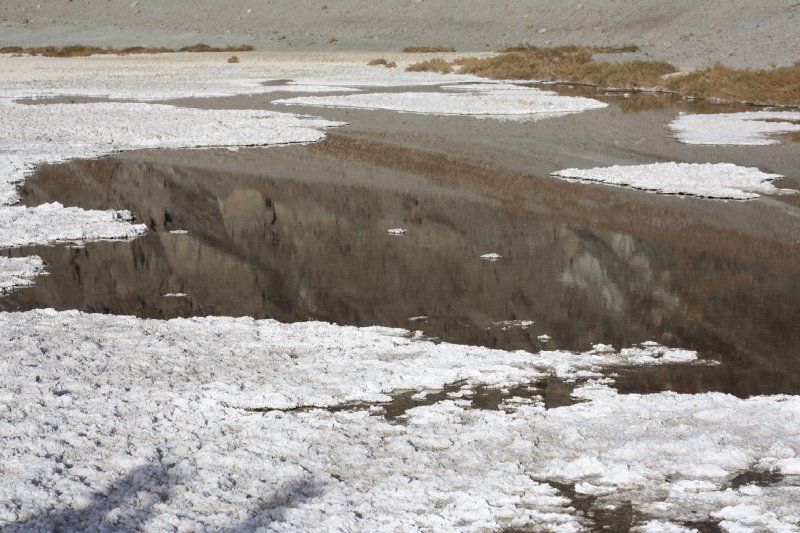 I didn't try drinking it. The road south out of the park was very slow - it twisted around the edge of the salt flats - and so it took a long time to get out to the semi-main road. I finally ended up in Barstow a bit after 7:00, with nothing seen of the Mohave National Preserve at all. There wasn't much going on in Barstow - the most exciting thing for me was its two 24 hour donut shops (there is a Route 66 Museum, but it opens just two days a week, and a drive in cinema, which did interest me, but it was closed for the winter).

Posted by NZBarry 04:31 Archived in USA

Brilliant - gorgeous landscape, looks like the Moon or some Star Trek backdrop :D