People in the know about Bulgaria had said skip Sofia, go straight to Plovdiv (Bulgaria’s second city). It is an ancient city (it claims to be older than Athens), with some traces of Roman occupation still visible then an overlay of Ottoman rule and, most recently, buildings constructed as part of the national revival effort. Much to the horror of Nini (one of the staff at my hostel in Sofia) I had decided to go by train. She told me they were cold, dirty, uncomfortable and slow. I’ll give her the slow – we started in such a gentle manner that I didn’t even notice and the pace could only be described as sedate (mind you, it had to contend with snow as we went through the foothills of a mountain range) but it was warm (to the point people were opening windows), comfortable and very sociable, to those who speak Bulgarian. A couple of family groups were sharing my compartment; by the time they separated, it looked like they’d made lifetime friends. One sight in particular stood out - it was quite simple, a netting fence, but in each of the diagonals of the wire, some snow had collected and crystaliised - quite beautiful.

I felt that my journey had finally begun. Sure, I’ve had three plane trips but you hardly get any sensation of travelling with them; you get on at one end, they stuff you full of food and entertainment, and you get off at the other. With a train, I always feel more connected with the travel, as I can see what I am travelling through. The bonus is that they tend to make a bit of a production out of train travel (unlike bus travel); grand stations, lots of staff bustling about doing random things like tapping the wheels to see if they’re still there and there’s the train itself – which you can see snaking its way in front of or behind you.

I arrived in time for a late lunch (of extremely unmemorable food involving a dry sausage) and a bit of a wander. Because it gets dark and cold (I believe the temperature went from somewhere around zero to about 10 below) early, I decided to spend time back at the hostel until dinner time. When I emerged, at about 8:00, the place was completely transformed. Unlike New Zealand, where Christmas Eve is a chance for a bit of a drink, Plovdiv was completely deserted, with nothing open – even McDonalds was closed. I suppose I could have had a slice of greasy pizza from the non-stop but it was not what I wanted for my Christmas Eve dinner. Luckily I spotted a major hotel in the distance; 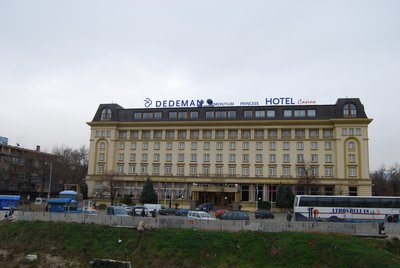 they provided me with some sort of tasty beef casserole.

Christmas Day, I was surprised there were a lot of people about and that the shops were open. 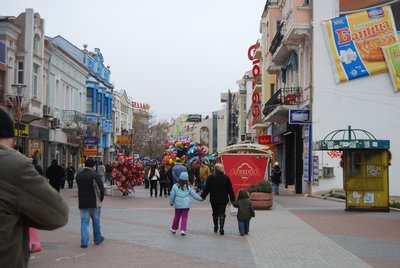 There was a band playing 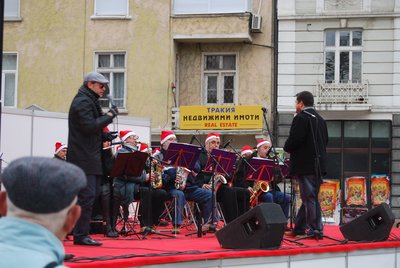 (weirdly enough, it was playing American Jazz classics and Frank Sinatra hits – exactly what I’d expect a Bulgarian band to entertain a Bulgarian crowd with for Christmas); kids had their entertainment; 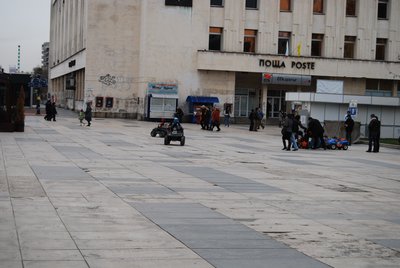 others didn’t seem too fussed 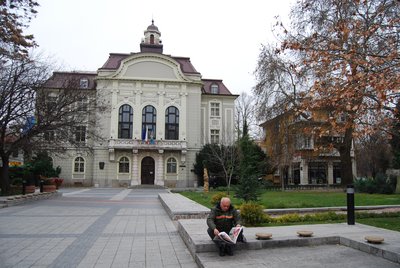 and a few even braved the freezing park. 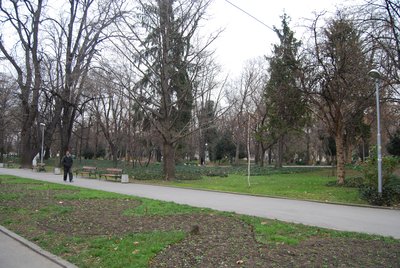 Not wanting to be caught out, I decided to get in a good Christmas lunch in a fairly large, packed and very cheerful restaurant called Happy 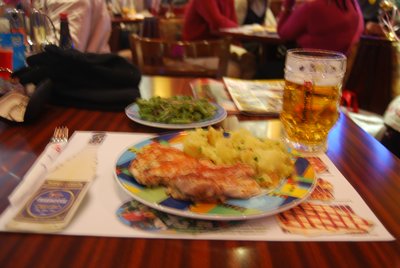 before going for a walk to see what the fuss is about with Plovdiv. I found a few interesting streets: 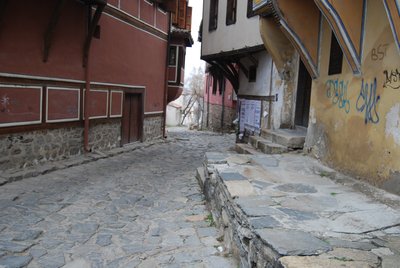 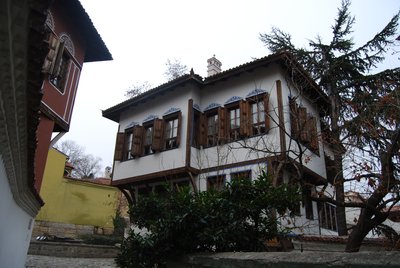 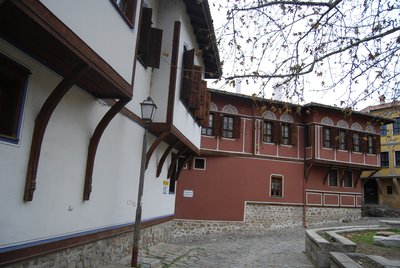 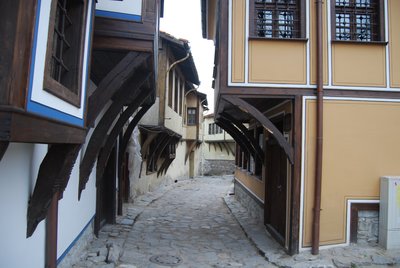 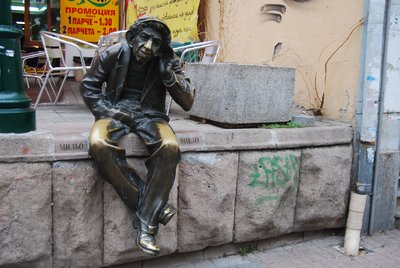 found the ruins of the Roman stadium semi-buried under the town centre: 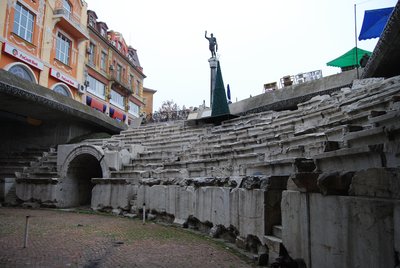 and thought it curiously appropriate that where the stage once was is now an internet café: 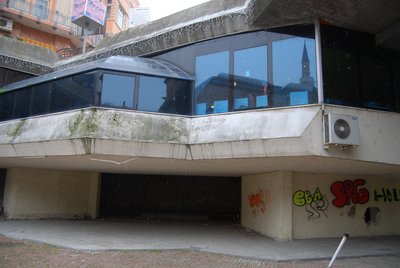 There is actually another Roman stadium, one which is still used for shows. 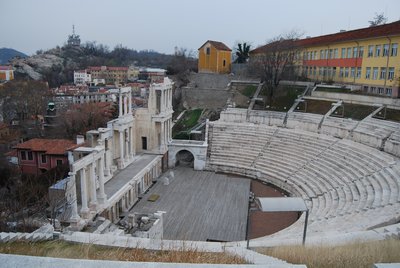 By the time I’d done these sights, I was pretty much over Plovdiv and still had the whole night stretching in front of me. Luckily my room mate Eduardo got back at about the same time as I did and was up for a drink and a meal. He’s done what I sometimes wish I had done; gave up studying law in favour of more transportable skills in hotel management and has been travelling for years. Again, a lot of places were closed, so we took the first place we found and had a tragic Christmas dinner (his turned up in a tinfoil cooking tray). But we made up for it; we got some cheap beer ($3 for 2 litres) and went back to the hostel and had a bit of a party with a young Greek couple who were staying. By the end of the evening, they wanted me to come with them, but they were headed back they way I had come, otherwise I might have – they were good people, studying computer informatics and automation respectively.

Posted by NZBarry 01:33 Archived in Bulgaria