I took my last sip of beer and zipped my bag just as my friends drove up to take me to the airport. A short delay with my plane gave us a window for another beer, and then it was off to Christchurch where I was collected by another friend, who drove me around and watched on patiently while I had supper (actually the first meal of the day, so maybe I had been busier getting ready to leave than I thought). My last morning in New Zealand was relaxed - a short stroll to the coffee shop around the corner and on to the airport bus. Christchurch has these interesting devices on its bus stops - a list of bus routes, you press one and a wee red light glows to show when the next bus on that route will arrive. A fellow inhabitant of the bus stop was so intrigued by this system that she took numerous photos - I can just imagine how they will go down back home: "Look ma, a bus stop! You push this button and it does this, and.." "Alright, enough about the bus stop - make me some tea".

I had several hours to kill at the airport, and again at Sydney, which I occupied quite easily - mainly by eating. On the flight to Sydney, I was a bit squashed - a bloke sprawled with his legs wide apart to the right and an excitable Chinese woman of indeterminate age to the left who never sat still. In my semi lucid state, I examined the bloke and indulged in the thought that he was pretty scrawny for one taking up so much space and, with the element of surprise in my favour, could probably beat him in a fight. During one of my other neighbour's several absences, a cabin crew member sat in her seat for a bit, and she was using the seat back entertainment system to buy some food. I know the Government is strapped for cash and selling off its assets, but I didn't think it had reached this point. I did ask Paige if it had - she was just buying for another passenger whose screen was not working. In Sydney airport, I was in a cafe, enjoying my food, when I felt the heavy hand of a security guard on my shoulder. Not much of a situation: he had seen me eating, thought it tasty and come over to find out what I was eating (since it was just BBQ chicken on noodles, I thought it was obvious). Finally it was time to get on the Air Asia X flight to KL - a mercilessly dull 8 1/2 hours. No entertainment system (not without paying for it) and I was too tired to read but not sleepy. The only upside was that as soon as the plane levelled out, I could extricate myself from my seat and swap for one in which I had no neighbour.

On the descent, we were told we'd be ready to disembark at 3:15 a.m. and that the temperature was 27 degrees! It didn't seem too bad, and formalities were extremely perfunctory - no landing card to fill in, no questions, waved straight through Customs - I was checked in to the hotel before 4:00, where I had a tiny little room which was no more than a foot bigger on any side than the bed. My first day in KL didn't see me do very much - move into the city, catch up on some more sleep and then go buy the things that I had left behind (a mouse, a memory card, soap). This involved a visit to the malls in Bukit Bintang. Up on the 6th floor of the Sungei Wang Plaza, I enjoyed this sight: 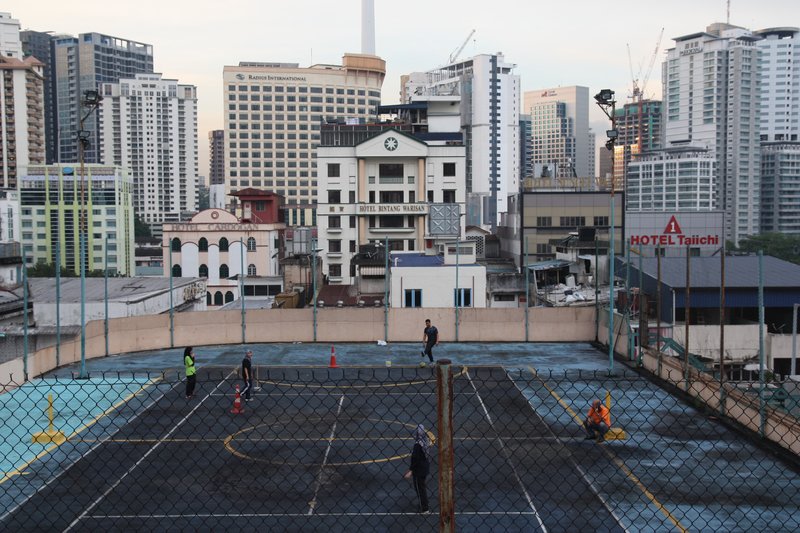 After a heavy dose of shopping, it was time for one of these: 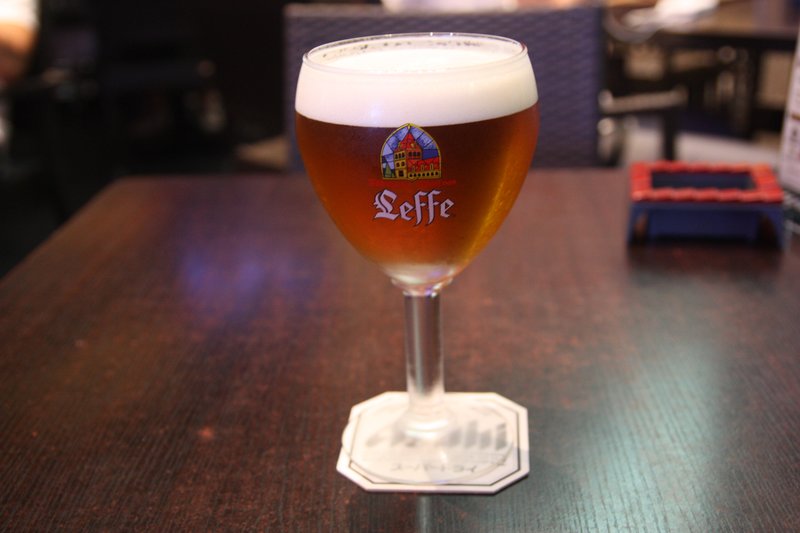 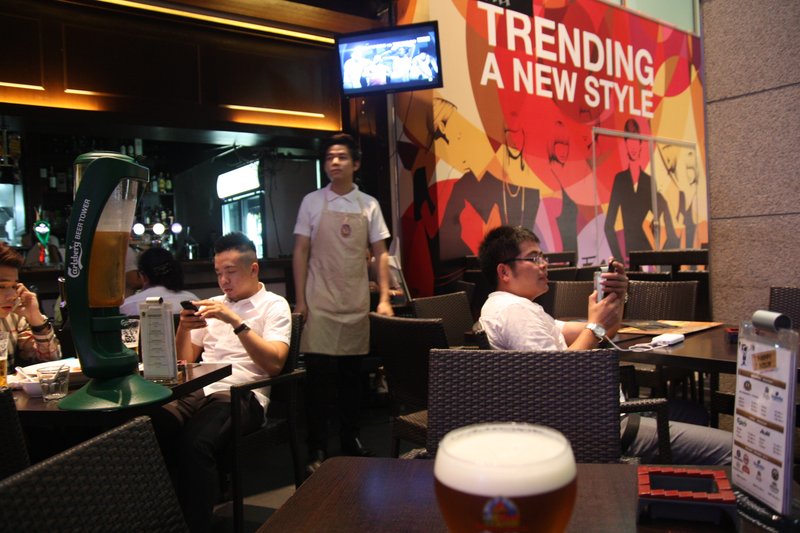 I noted the guys beside me had gone for a 2.5 litre tower of beer: there were only two of them and they were making very slow progress - I doubt they were going to finish. I only wanted the one beer, then it was time to enter the maws of the mall and find some dinner - it was very Christmassy. 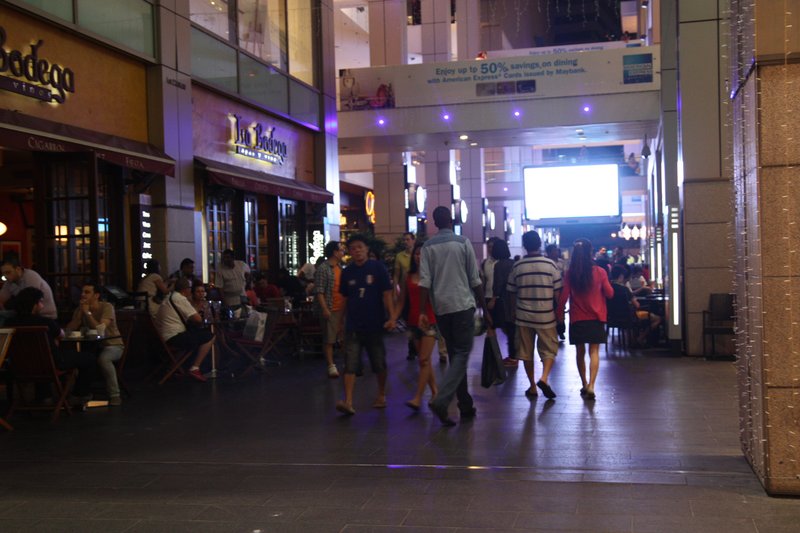 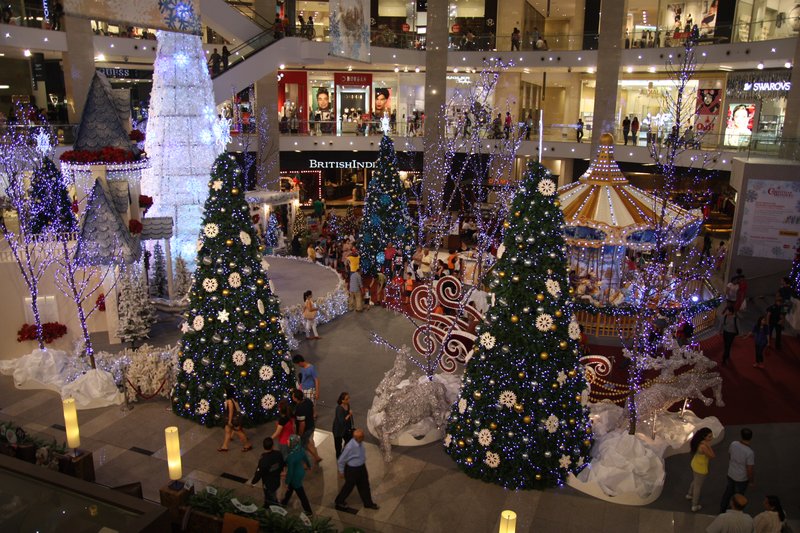 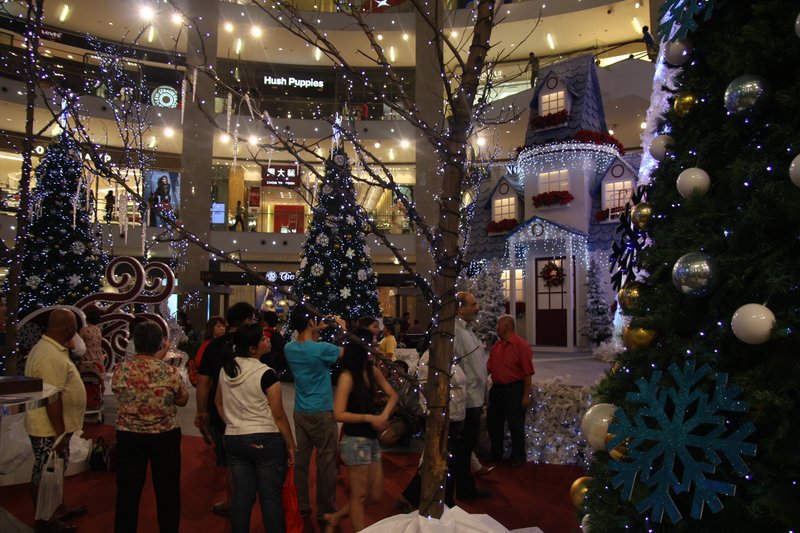 Posted by NZBarry 18:10 Archived in Malaysia