Unlike Plovdiv, I wish I was still in Veliko Tûrnovo. It drew the short straw in terms of where I spent my time, so I only had one night there, at the Hostel Mostel (which has one of the most helpful reception staff I have ever come across). She was a complete contrast to the woman I bought my train ticket from, back at Plovdiv. I had a wee bit of trouble getting my tongue around Veliko Tûrnovo, so she had some difficulty in working out where I wanted to go. Her response? To close her shutter, light a cigarette and glare at me, mouthing “informazion”. At about this time, I was wishing I knew what “ugly cow” was in Bulgarian, because the informazion counter had sent me to her. Luckily, a local came along to resolve my dilemma – she found out what I wanted and made the request.

Veliko Tûrnovo is the old capital of Bulgaria, it is where they got together (in 1879) and formed the country once the Ottoman left, and had been the capital in medieval times, before being possessed by the Turks, so it has huge significance to Bulgaria. It is also very beautiful, located on the banks of a river (the Yantra) which does a sharp turn half way through town. 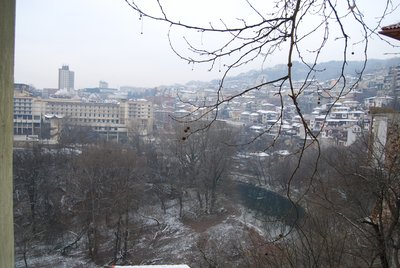 Sitting up above the town is the Tsarevets fortress, 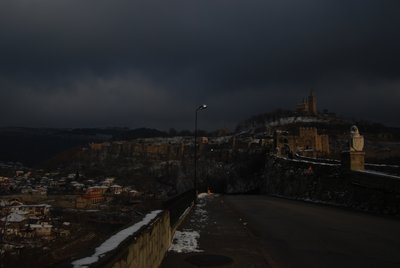 which is where the government had been back in the days of the Second Bulgarian Kingdom (until 1393). Only the church is still standing, 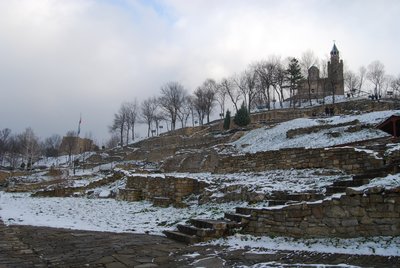 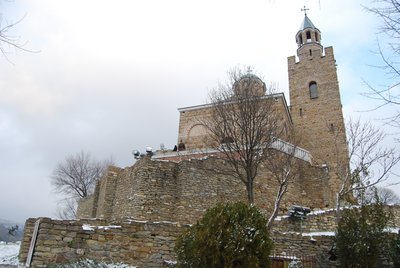 but the place was HUGE, much bigger than the Acropolis. 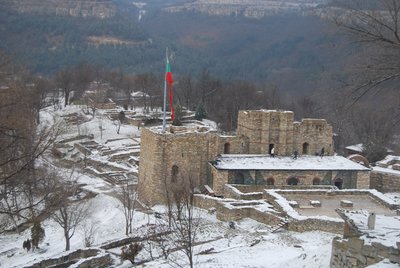 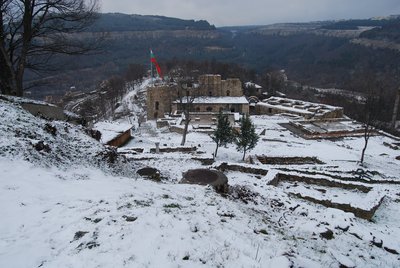 One thing I learnt is that when there is a steep hill covered in snow i.e. as in the above picture, scrambling up is SO not the best way to go, particularly if there is a set of steps around the corner.

The hills are pretty steep and the river provides a premium vista (maybe not so much in winter) so they get built like this: 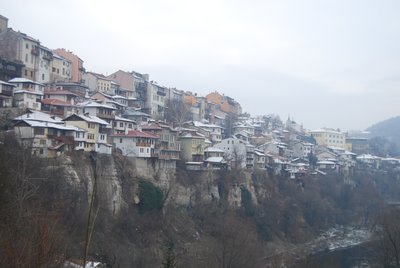 Wandering through the streets was a joy: 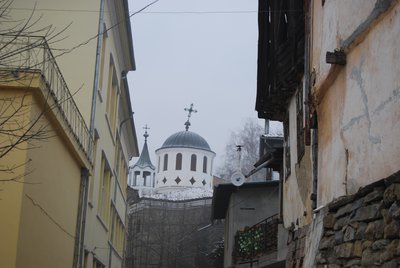 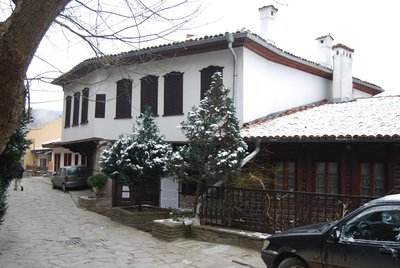 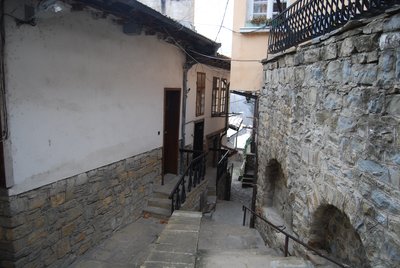 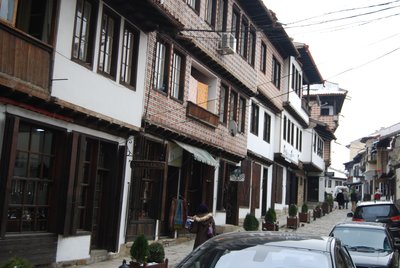 When I come back, I think I’ll stay here: 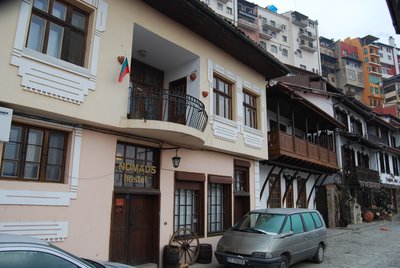 – nothing against where I stayed, it is just that this place is facing the river.

My first port of call was to a rather nice coffee bar in a hotel, on the main street (with a terrace overlooking the river). The very attractive staff spent their time between answering to the beck and call of customers by dancing to the background music or telling each other long and involved tales. Since dinner was provided by the hostel, I only snacked. Since dinner provided by the hostel was terrible, I had to come back later in the evening and found a very cheerful late night eatery and had a proper dinner, envious of the fellow beside me who had a skewer full of meat (and a few veges) at least two foot long).

In the morning, we discovered that my train was running very late, so that gave me a chance to dash back into town for another go at the coffee shop, and to have some food (well, a sort of croissant covered in sugar and, for a little suprise, full of jam) from a real hole in the wall place: 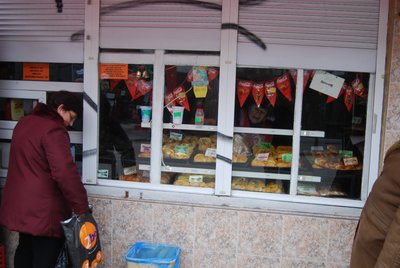 and say goodbye to another friend I’d made: 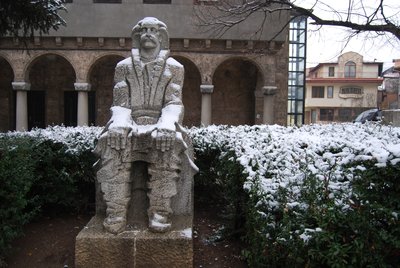 House prices here are quite reasonable – under 50,000 for an apartment, and if you’re willing to go half an hour out into the country, you can get a 2 bedroom house with large garden and shed for pocket money; this place 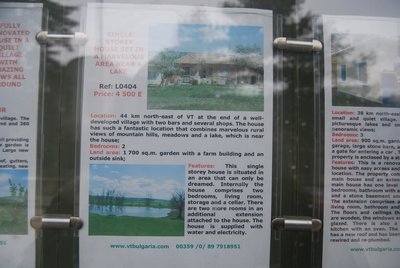 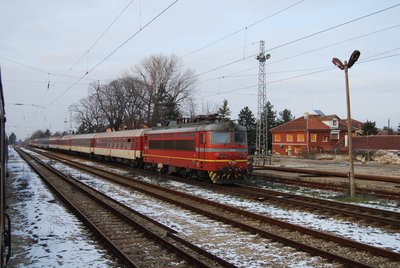 Posted by NZBarry 12:33 Archived in Bulgaria