On My Way Again: Chengdu to Yichang

In the evening the day before leaving Chengdu, I had a rather strange experience: if I had been in any other country in the world, when I walked into Qintai Road, I would have said that I was in Chinatown, albeit an upmarket one. But you can't really have a Chinatown in China, can you? It was built ten years ago, but celebrates a 2,200 year old love story involving a pretty girl from a wealthy family and a poor scholar - they fled to this spot to be together, running a pub. The bloke carried on studying, got a better job, decided he'd rather have a concubine than his girl-friend - she responded with a famous poem, which persuaded him that he should get in his horse and cart and come collect her. 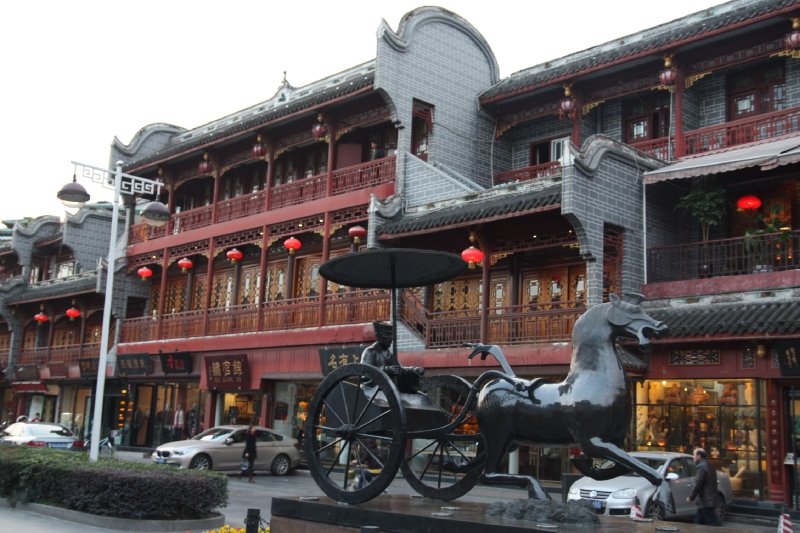 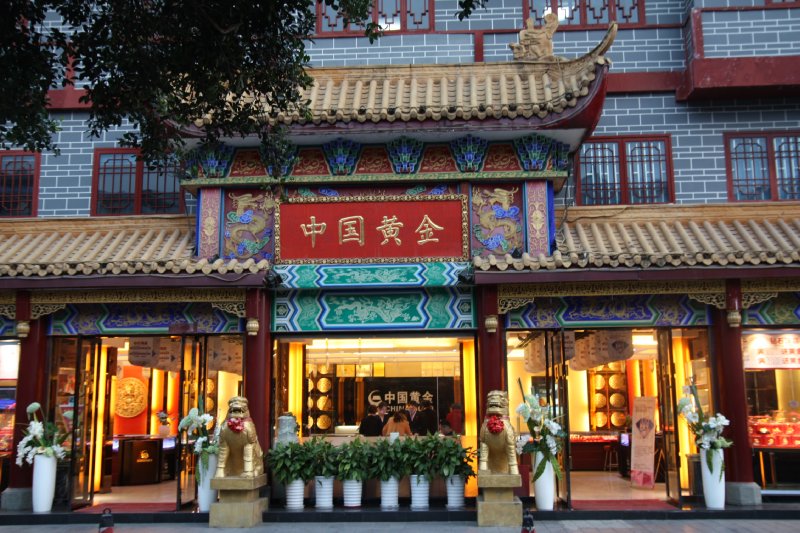 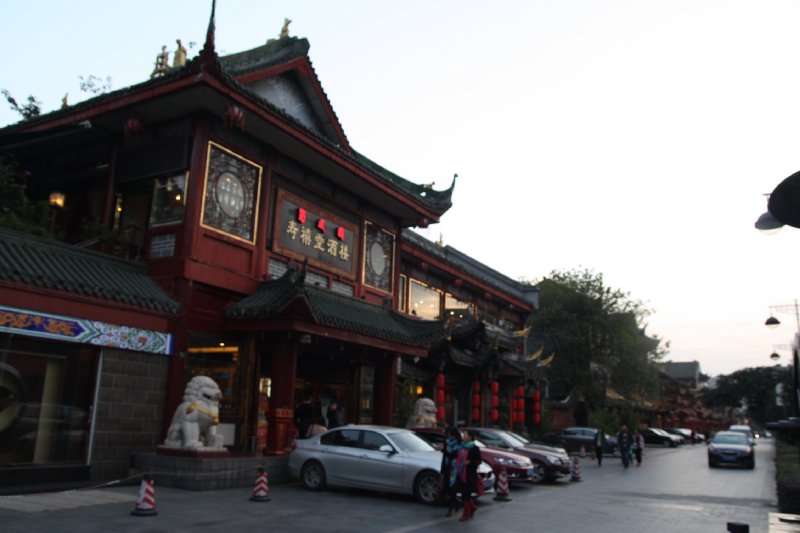 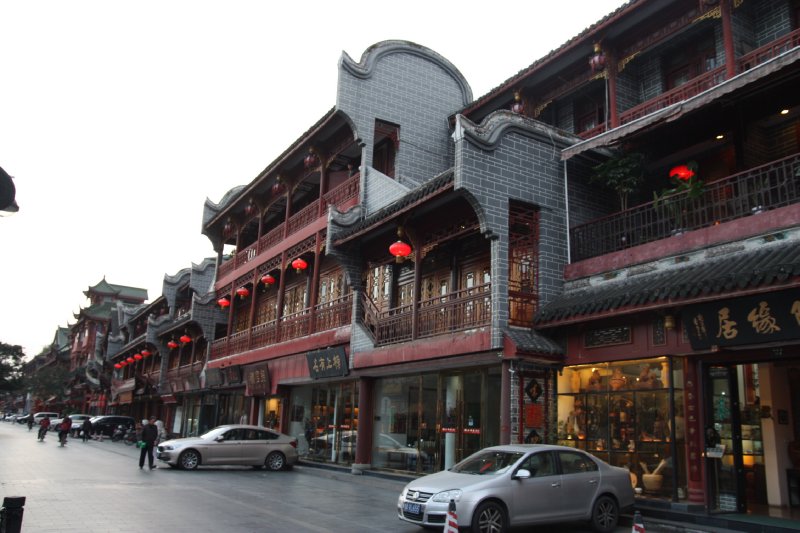 On my way back to my digs, I paused to eat a cake or two and couldn't help noticing this poor fellow. 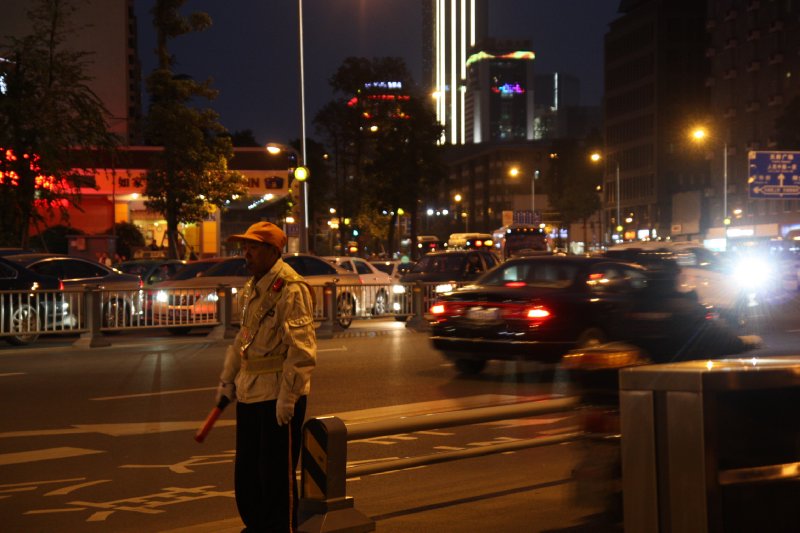 His job seemed to be to make sure that all two- and three-wheeled traffic stayed in the cycle lane, which ran to his right. Chaps would bowl along on their scooter or their little three wheeled motorised cart contraption, and he'd furiously blow his whistle and wave his little orange sabre with the non-functioning light. In about 15 minutes of watching, I don't think I saw one driver affected by his behaviour. I'd like to say that despite this minor set-back, he persisted, but that would be a lie. I could see him get dispirited - his efforts would become half-hearted and eventually his whistling would peter out, his sabre would flop to his side. He even sat down and had a cup of tea - which produced about a two minute burst of enthusiastic whistling and gesturing.

My last day was devoted to an inspection of an irrigation system, which required a trip on a very fast train. I was weighing up in my mind my various options for dinner as I went up, but when I returned to the Dujiangyan railway station from my inspection, I had a minor disaster: no train back for three hours! There was going to be almost exactly two hours between getting back to Chengdu and my departure on the next stage of the voyage. So, I had a final beer in the hostel lounge (Lazy Bones Hostel in Chengdu is very good) and threw myself on the mercy of the railway station waiting room catering facilities - this turned out to be McDonalds, either the one burger they were suppling or fried chicken (which is actually pretty good). A fellow customer helped me out with translation, and I made friends with her wee kid.

The next 14 hours were spent on a hard sleeper train, which was remarkably civilized - no smoking nor spitting. They have a three tiered bunk arrangement and my Chinese calligraphy skills actually worked, because the lowest bunk is by far the best, and that's what I had. I was a bit surprised at how unsociable my bunk-mates were: I didn't expect them to embrace me, but one hears of these sorts of train trips being talkfests, but no-one said anything to anyone. No matter, my bunk was comfortable, I did a bit of reading, and snoozing and before I expected it, we were in Xiangyang.

As I walked up the train, my wee friend from the night before recognised me, and I met Lucas (5) and his mum, Lulu (undisclosed). They were in town for a family 85th birthday party. Even though my hotel was only two blocks away, Lulu insisted that her cousin would give me a ride. While we waited on the station plaza, Lucas is pulling things out of his backpack and laying them out: apparently in his school, they bring objects and set up pretend shops - which is what he was doing. So cute, and a possessor of enormous energy, and a rapid fire chatter of mixed Englih and Chinese.

I had no real reason to be in Xiangyang other than to change trains, but stayed the night in a rather nice hotel. I never did find much to see - lots and lots of shops and malls (one devoted to shoes, it seemed). Outside another mall, I was very confused to see this line up, as I couldn't figure out why they would all be parked here: 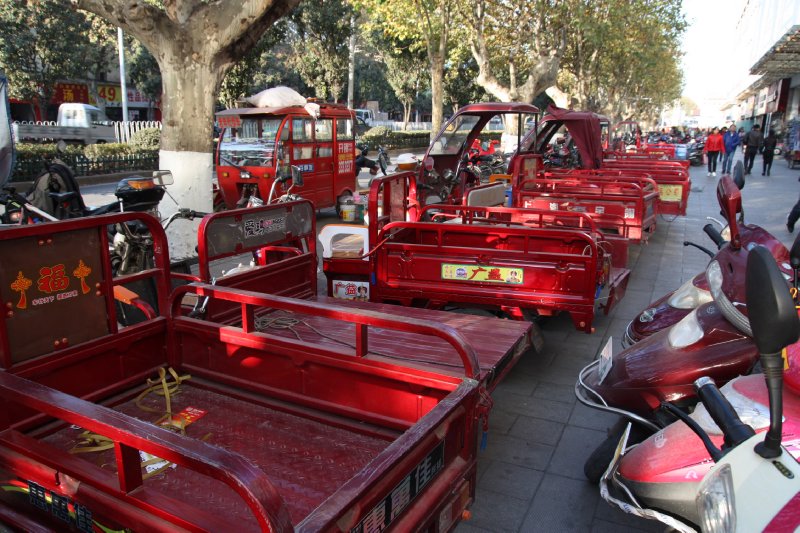 The one historical thing I had found to see was its historic wall, which has been around since the Ming (1368-1644) dynasty. It looked quite walkable, so I walked to where I thought it was, but I'd made quite a big mistake - I knew it was across a bridge, and I did walk over a bridge, but I'd got the wrong bridge - the proper one was several kilometres away. So, thanks to google maps, I was able to find out which was the right bus to take - the wall is maybe a kilometre in length, although is in two parts thanks to a fairly siginificant road bisecting it, and, well, its a wall: 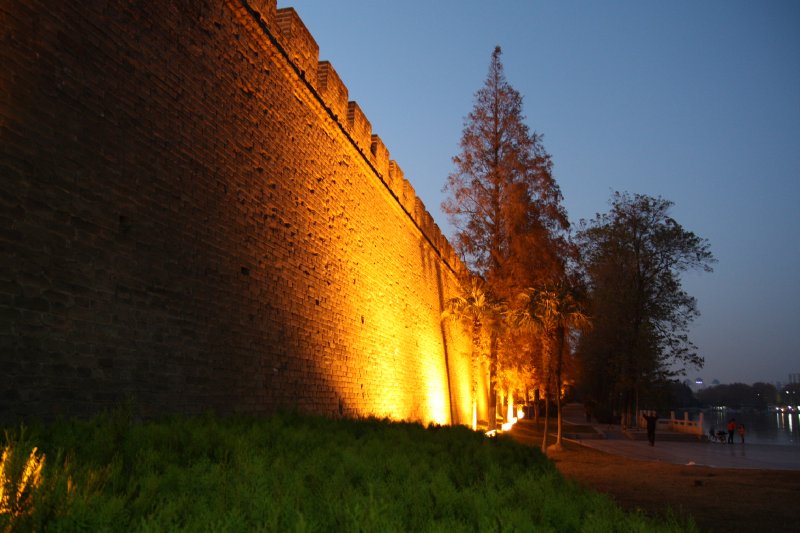 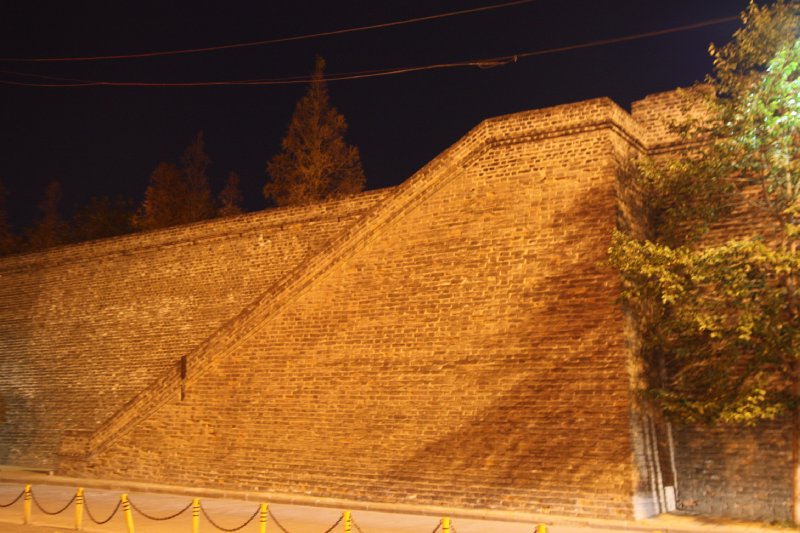 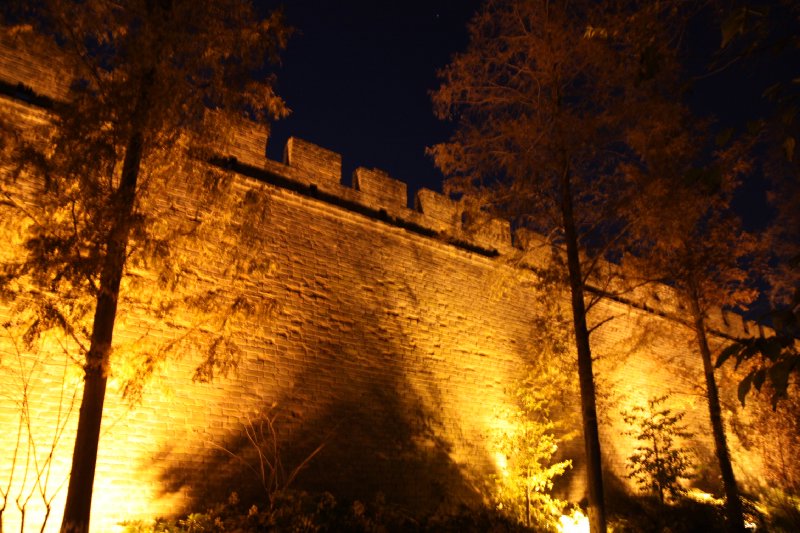 Next day's hard seat train deposited me in Yichang - thanks again to the marvels of google maps, not only did I know which bus to catch, but how many stops to count before my destination - very helpful, as everything was in Chinese. Luckily Chinese buses are rather communicative - there's a running commentary on the trip (or maybe it is ancient Chinese poetry or advertisements for shoes) and a very distinctive signal for each stop passed, so I ended up exactly where I needed to be, two blocks from the rather classy Ramada Yichang.

Posted by NZBarry 07:17 Archived in China