Jingzhou: Side Trip to see an Old Bloke

It is only about 100 km from Yichang to Jingzhou, a city which has been occupied for around 6,000 years. It is on the Yangzte, so has long had both logistical and military importance. A bit over 2,000 years ago was the Chinese "Epoch of Warring States" (which saw the decline of royalty and the emergence of overlords) and a fellow called Zhou succeeded pretty nicely in beating all the local overlords so that he had acquired ascendancy over about 3,000 square miles: Jingzhou was his state capital. There is very little of the ancient about modern Jingzhou, however: street after street of shops and malls.

It does have its wall and its moat - I had read that it is possible to walk right around the wall (about a 10 km journey) or to take a golf cart tour (!) of the wall but I couldn't see howeither would be possible as (a) where I ascended let me walk maybe half a kilometre before I encountered locked gates and (b) there were lots of steps. But I could see how a golf cart might get on the wall, as there is a ramp, built to allow horses up 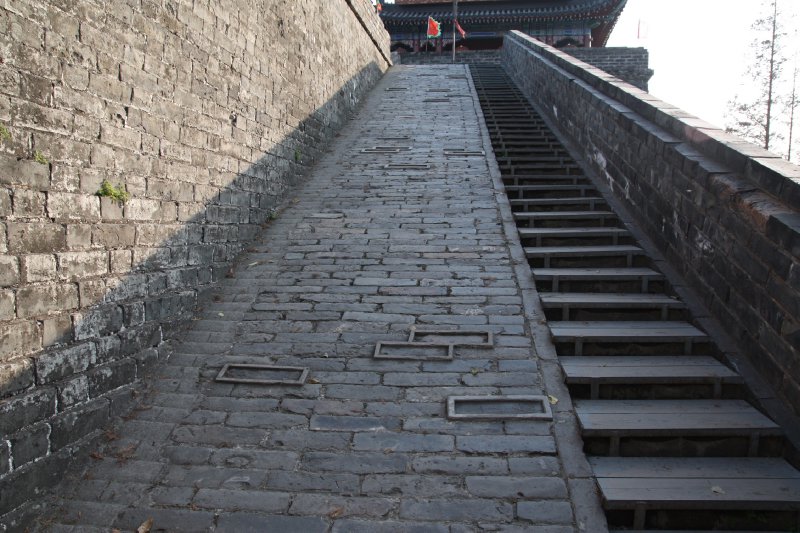 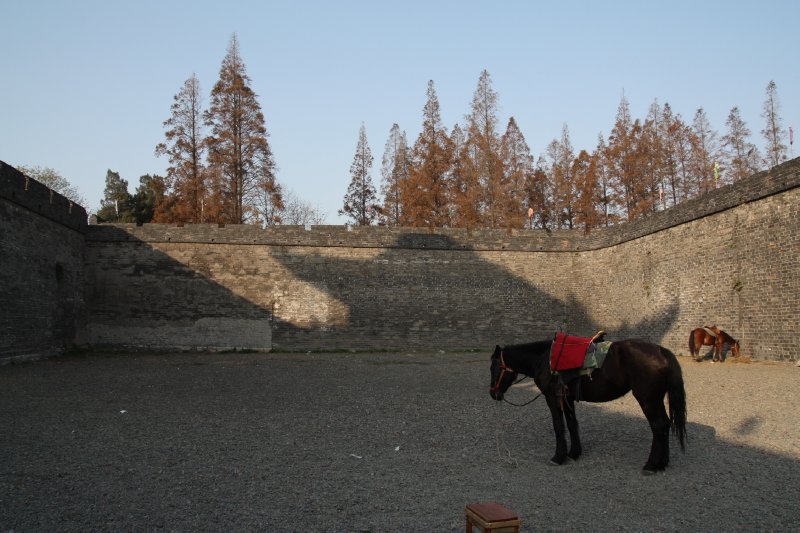 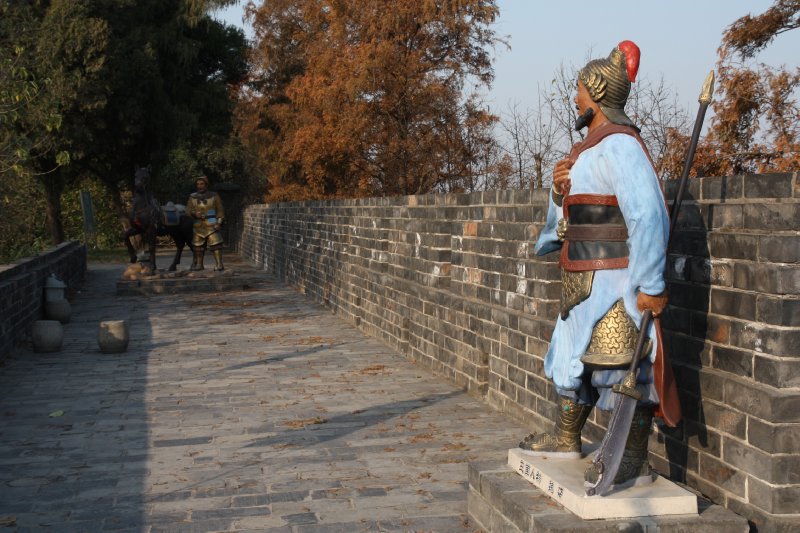 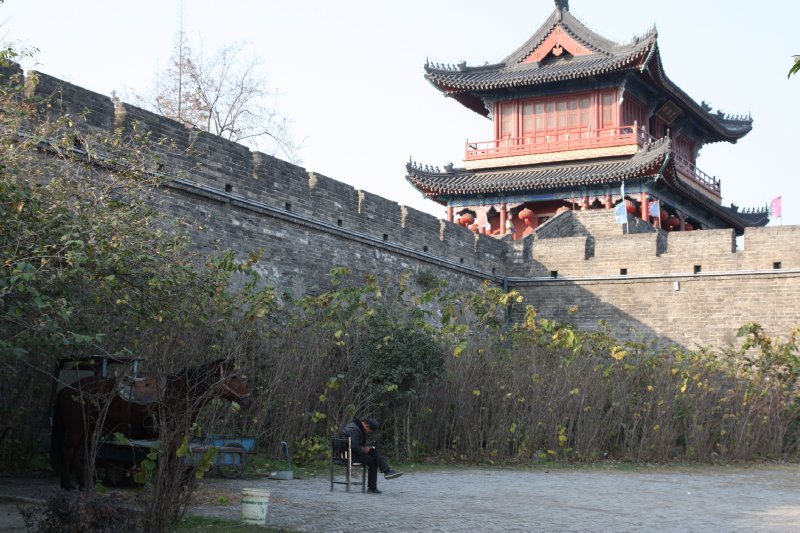 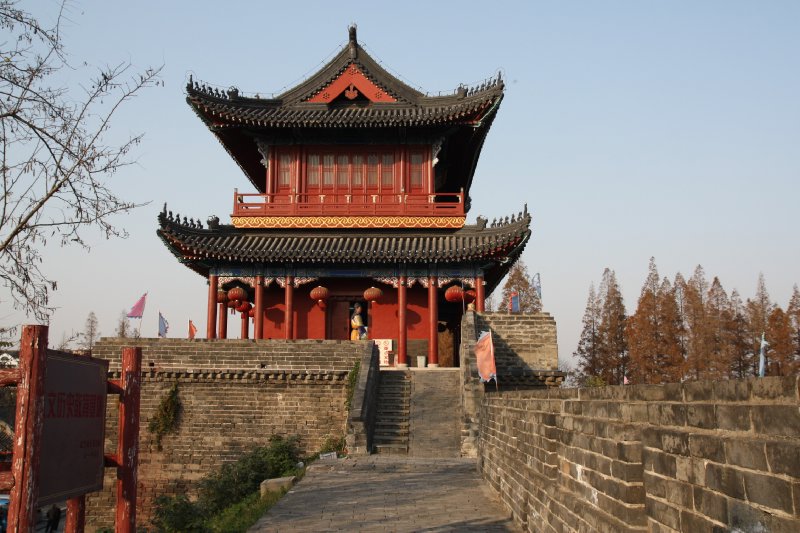 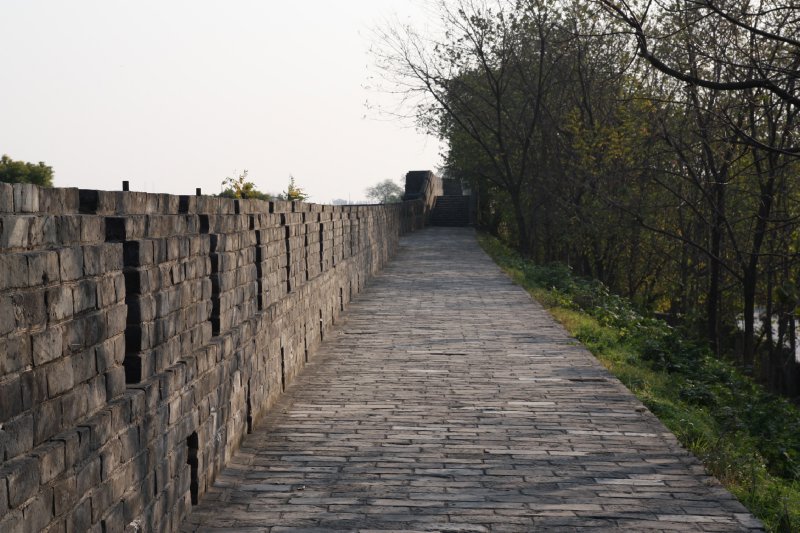 What I particularly liked were the spaces created within the wall, although the idea of rushing up or down these steps to fight some battle terrified me (not the battle, the steps!): 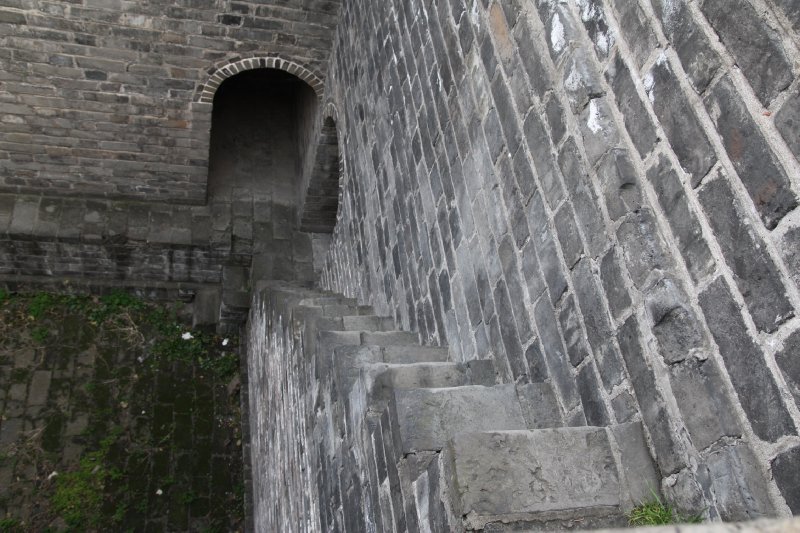 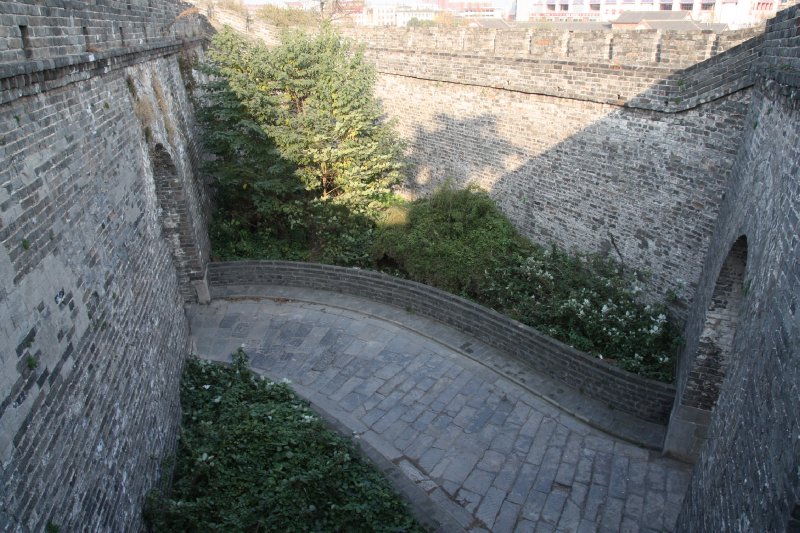 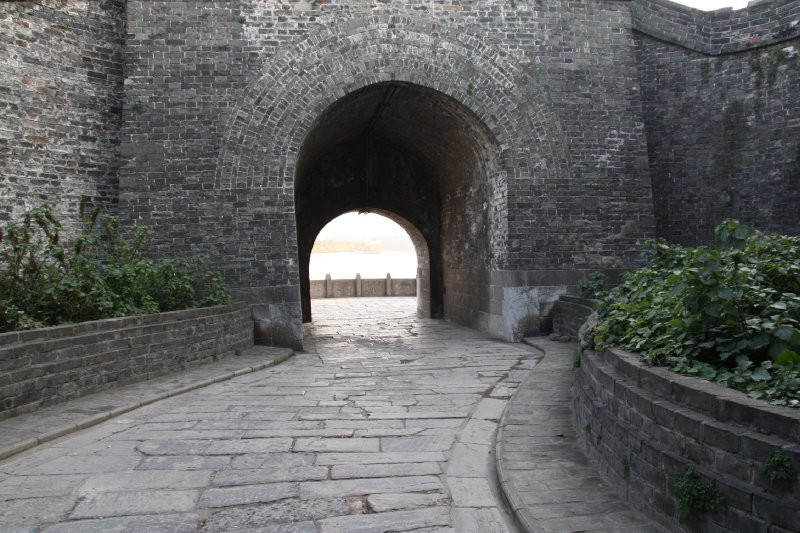 The city was surrounded by a moat (which created the idea that there was an initial world of water, then a world of stone, then one of earth (i.e. the city itself). I didn't really realise it, but I had spent the day within the city walls, so the moat seemed to be on the wrong side of the wall for a while. It did strike me as a rather wide moat, but I don't know what sort of reconstructive work had been done in the meantime 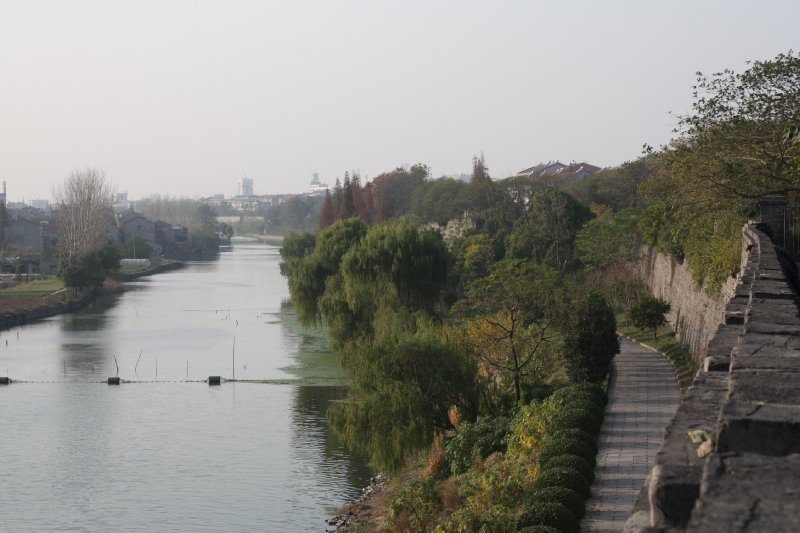 But I didn't actually come to Jingzhou just to inspect the wall: I wanted to see its museum, which was quite an impressive set of buildings for what is a relatively small Chinese city 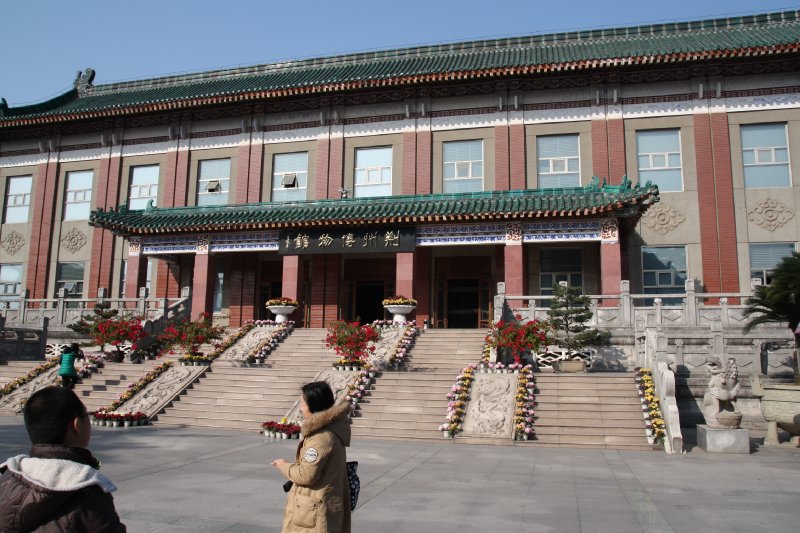 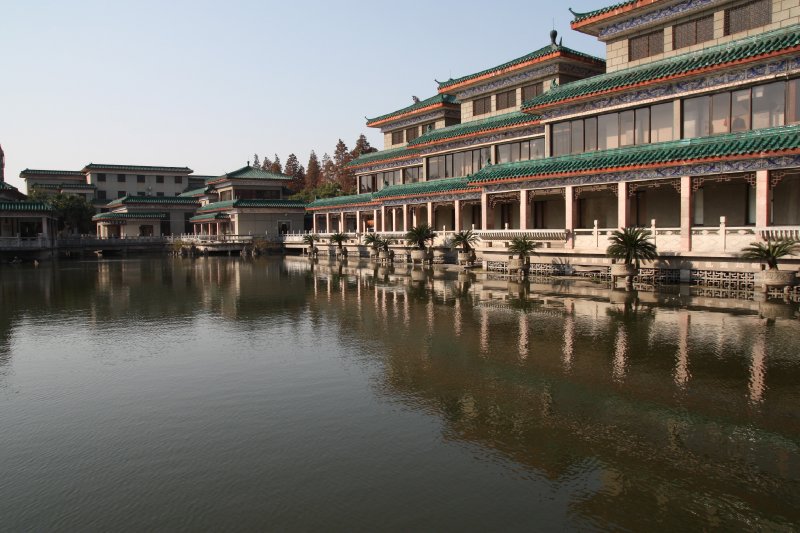 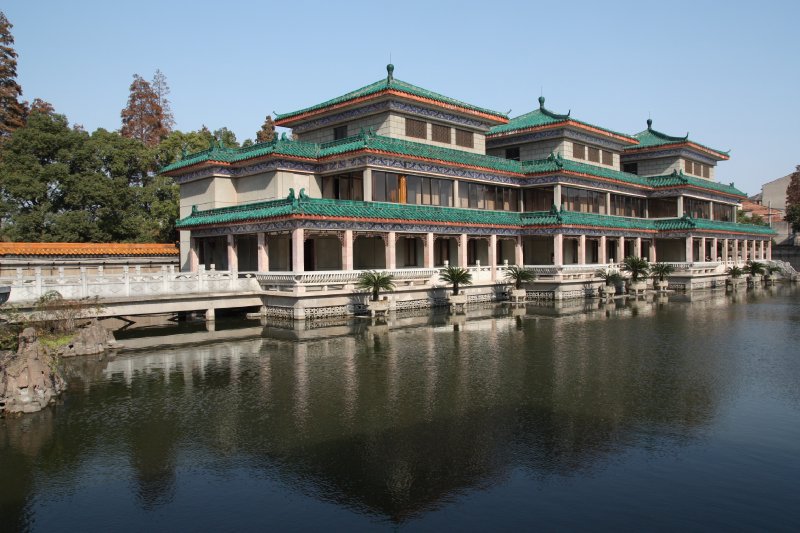 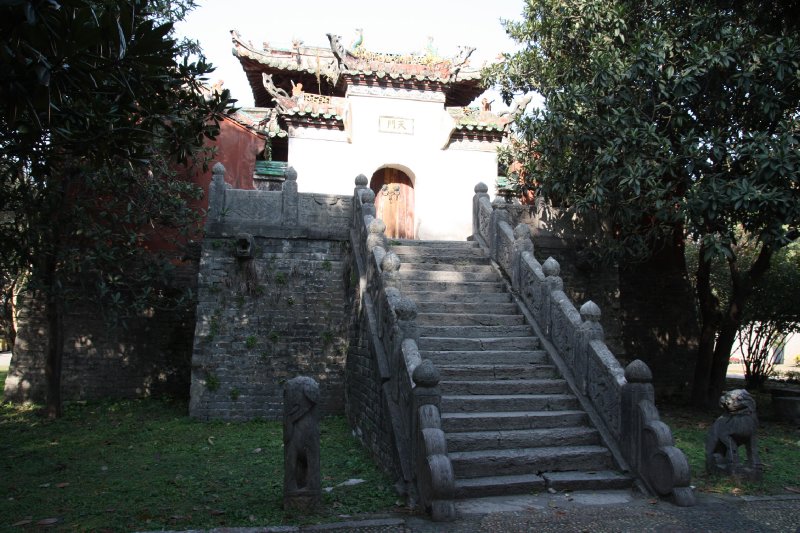 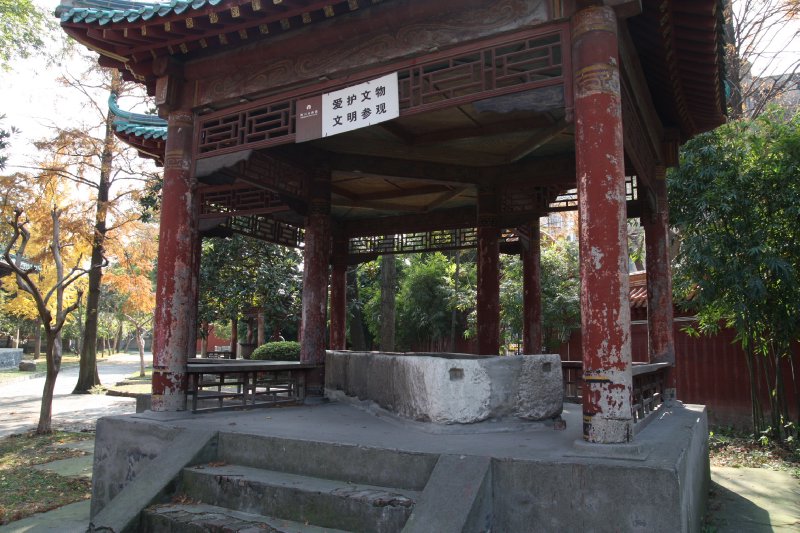 The initial rooms had big no photographing signs, so I didn't take any, but essentially they traced the local history from the paleolithic period through the bronze age (with lots of bronze pots and the like) to the so-called porcelain period, which started around 265 AD. It seems to have taken around a thousand years to mature the technology, so that there were colours, artwork and the shapes of plates etc that we know today. Some of the plates from the Song Dynasty (960 - 1279 AD) looked exactly like what we might buy in Briscoes today (which, curiously enough, are still made in China). There was also an extensive jade collection, made more extensive by the fact that the Chinese apparently regard "any fine stone" as jade, regardless of colour - and very few of the objects I saw were green. Apart from the work done by humans in shaping these objects, they were also beautiful because of the patterns inherent in the stone itself. Oddly enough, there was another collection in the "House of Treasures", where I had to pay to get in, saw the same sorts of things but was allowed to take photos: here are some jade swords 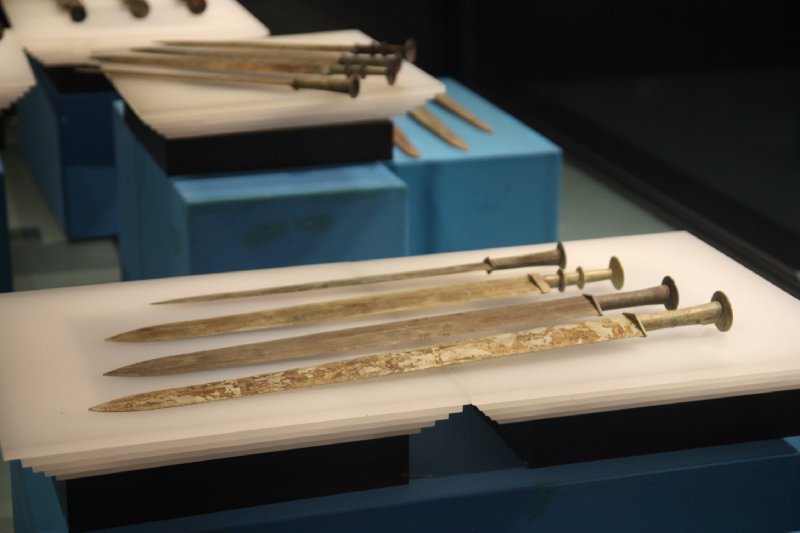 One of the important local findings is a fairly extensive burial ground from around 160 BC. Back in those days, they really knew how to bury a fellow - he would have a double coffin arrangement (towhich black lacquer would be applied, and they'd be sealed using hemp and a lacquer glue) 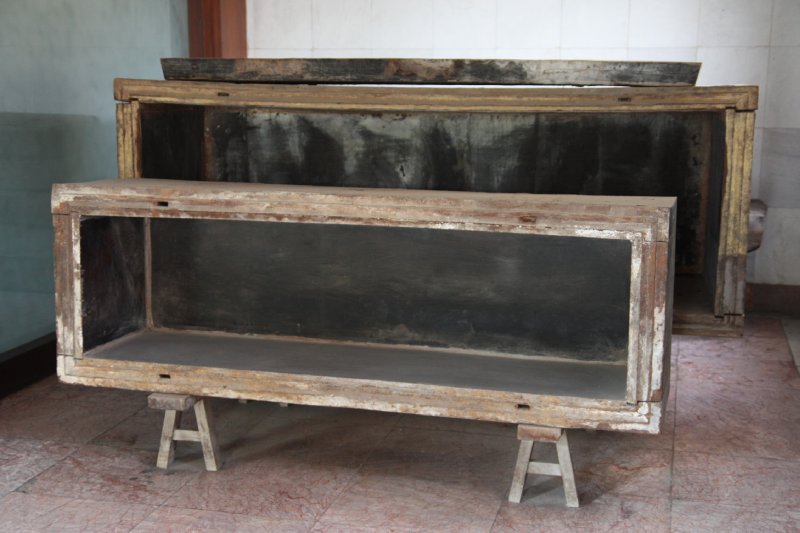 but then they would be encased in a tomb designed to imitate the dwelling - the three containers would symbolise the house, the living room and the bedroom 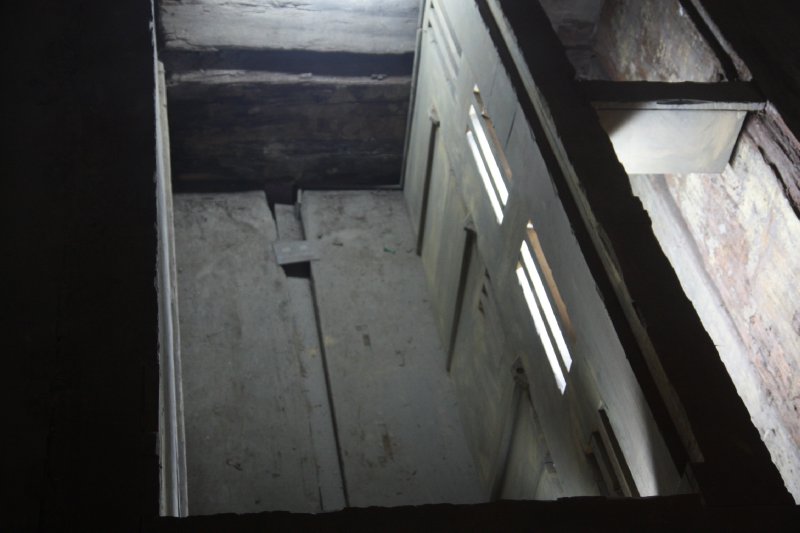 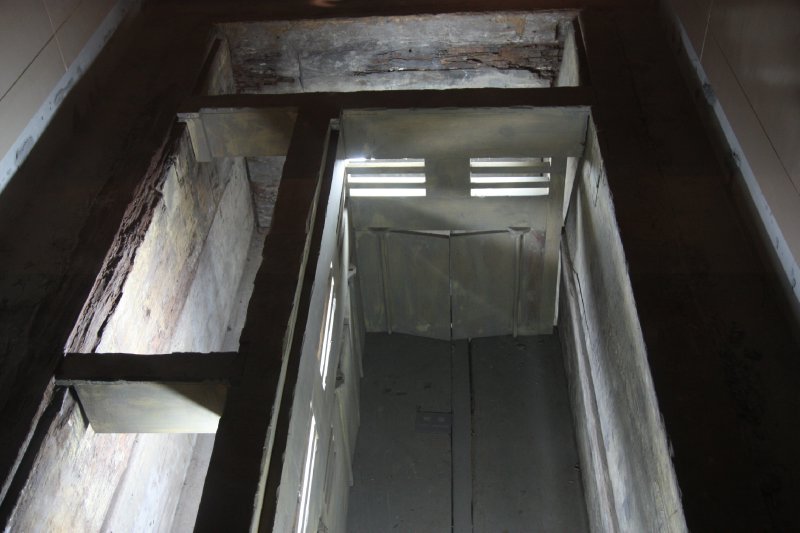 I think I want this for when I go. One by product is that the person inside remains remarkable preserved: this fellow died of a gastric ulcer over 2,200 years ago 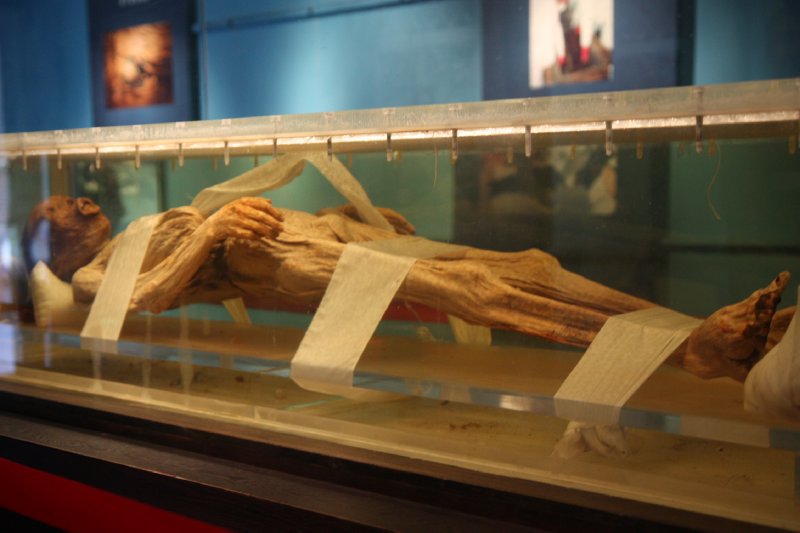 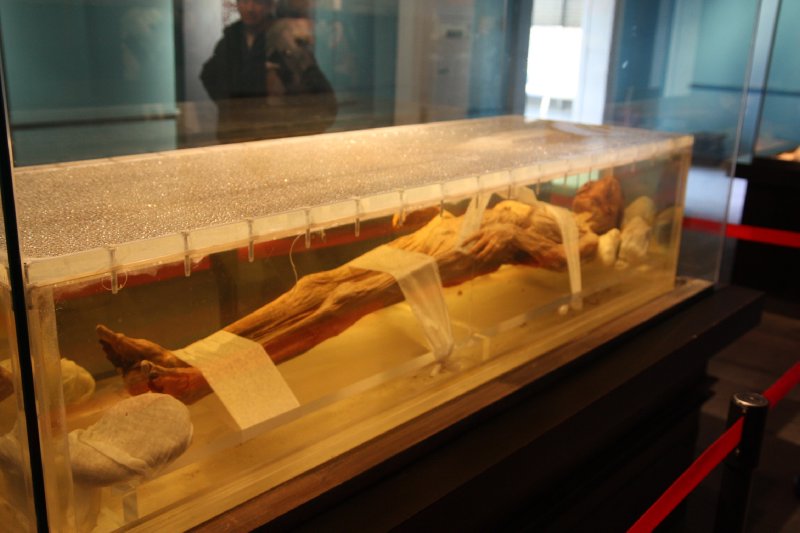 The reconstructed version looks rather more grotesque than the original 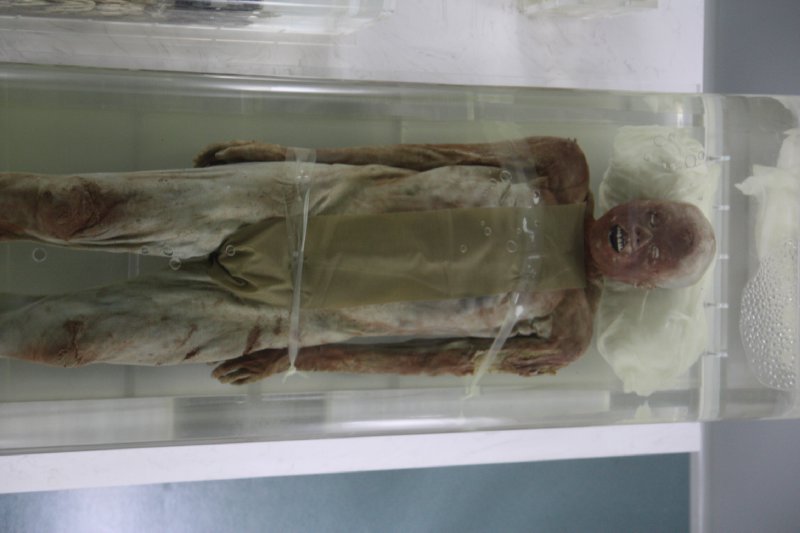 To add to my collection of odd signs, I present the following (although some people might actually like to see such a gallery) 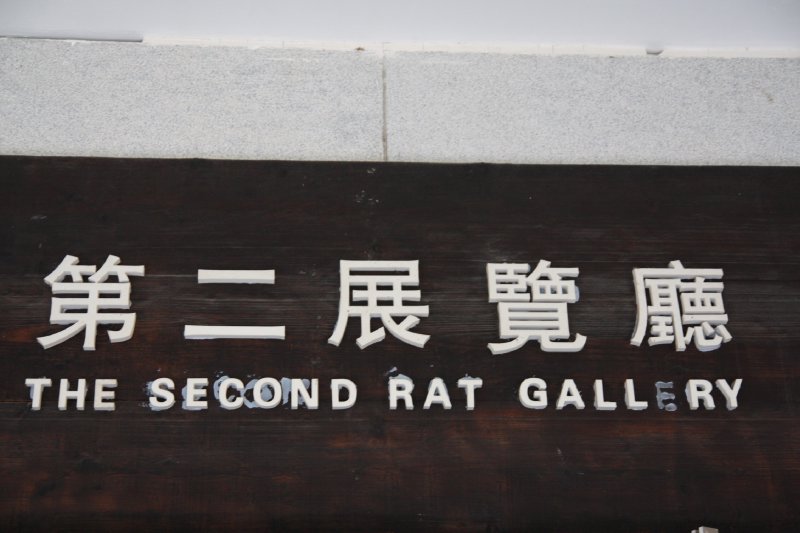 I spent a fair amount of time in Jingzhou on rattly old city buses, which made me a bit wistful when I remembered what I had seen lined up at the station but obviously not yet deployed 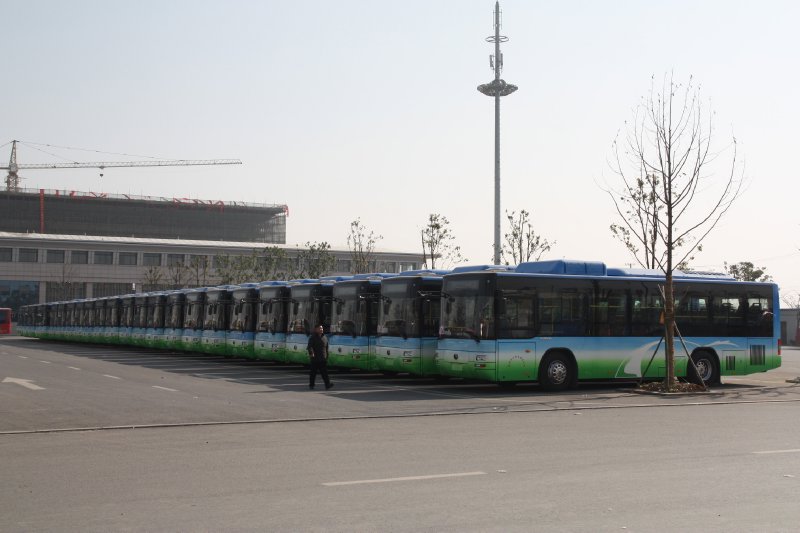 Posted by NZBarry 18:17 Archived in China