Chongqing: A Tale of Two Prisons

I said I was not unhappy to get off in Chongqing, but my arrival there turned out to be a little daunting. I had booked a hostel and had precise directions as to how to get from a particular metro station to the hostel, but nothing else. The plan had been to use the internet on the cruise to fill in the details but the cloud cover was so bad, the satellite internet had been turned off. So, I got off at the dock with no idea where to head: there was a bus stop with just the one bus line serving it, so I had to hope it went somewhere useful. It did, sort of: the central railway station, but the only visible metro line was an elevated one going across the river and no stop in sight.

The thing about Chongqing is that the main city is high on a ridge (which runs between two rivers) but the railway station is essentially at the river level: I was faced with a cliff face, with the city at the top, and the only way I could see to get up was a zigzaggy street, which did have sets of steps to provide shortcuts – it was a long way up carrying my luggage. Of course, had I done the research, I would have found out that the longest escalator in Asia runs from the railway station to the metro station at the top of the cliff.

But eventually, I found the hostel, and I have to say it (the Greenforest) is one of the sweetest hostels I have ever stayed in. From the outside, it looked like nothing – it occupied the fourth floor of a fairly shabby apartment building 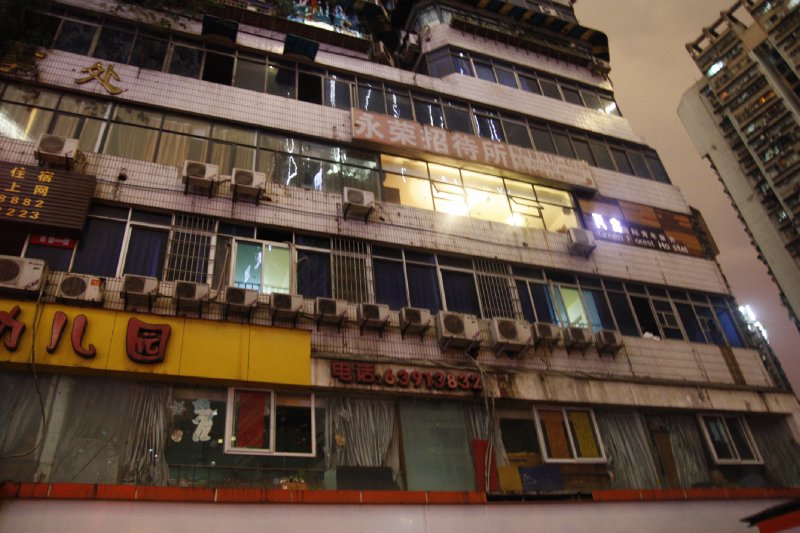 – but inside, they had done wonders. I had my own room, but spent most of my time in the communal area, having a couple of beers of an evening, sharing the space with the nice people who ran it and other guests, simply because it was so welcoming. 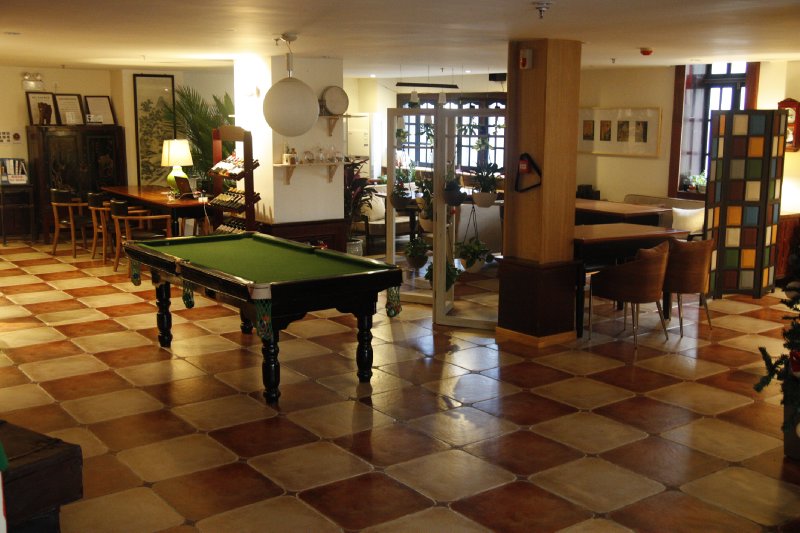 I had no particular reason for coming to Chongqing, it was just where the boat stopped, but ended up enjoying my time here greatly. In terms of modern Chinese history, it is a tremendously important place – it was up in the hills (Gele Mountain) that Chiang Kai Shek (another fellow I learnt about in school - he fled to Taiwan and established the Republic of China there) had set up HQ for his Kuomintang, so the civil war of the 1930’s-40’s that led to the Communist Party taking control was centred here. The KMT had a branch rather euphemistically called the Military Statistics Bureau, which was really a system of prisons for political prisoners: I visited two of them.

The larger, Zhazidong, housed about 300. It looks quite nice, until you notice the barbed wire , bars on the windows and sentry boxes 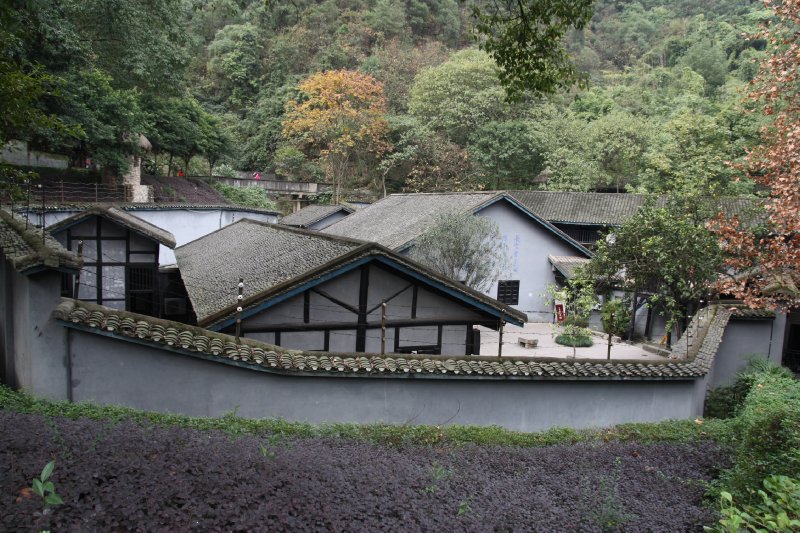 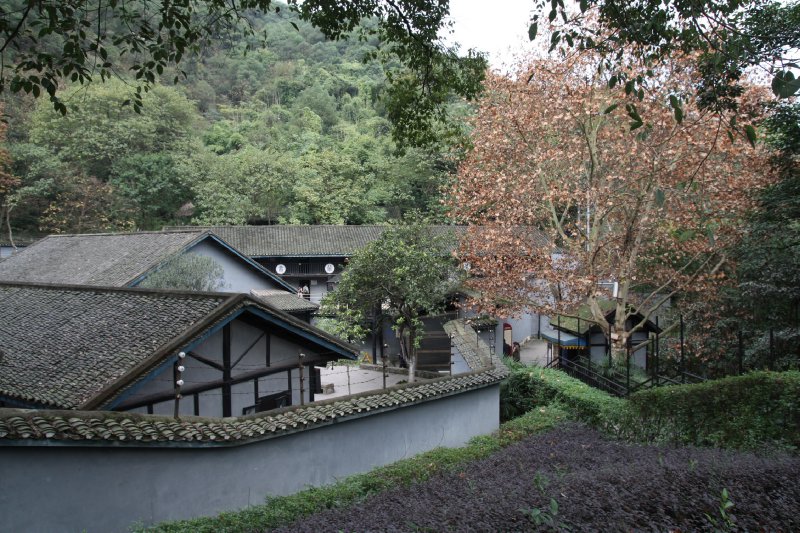 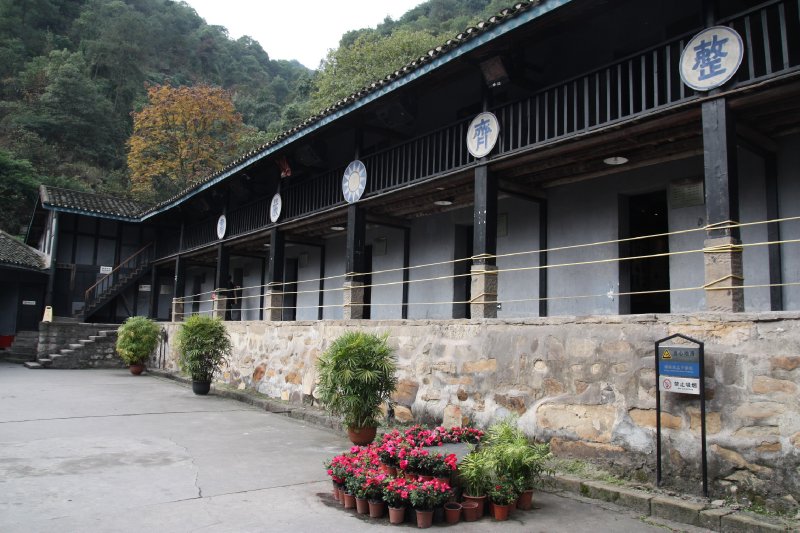 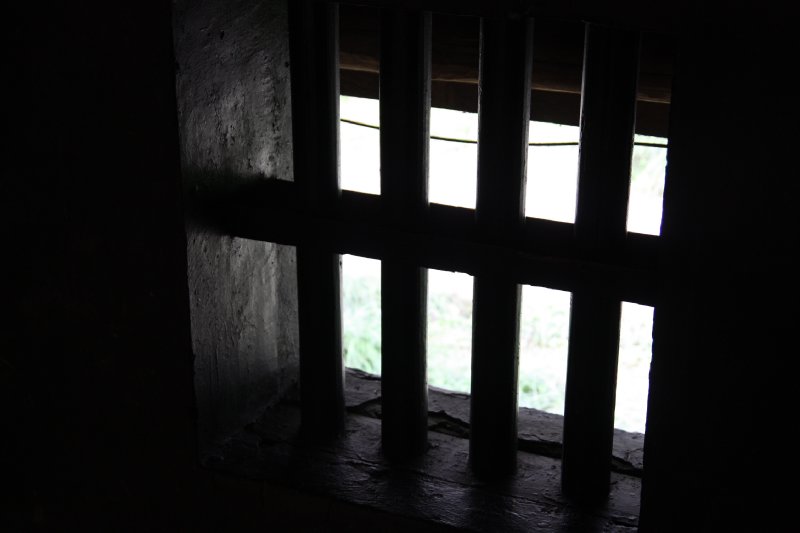 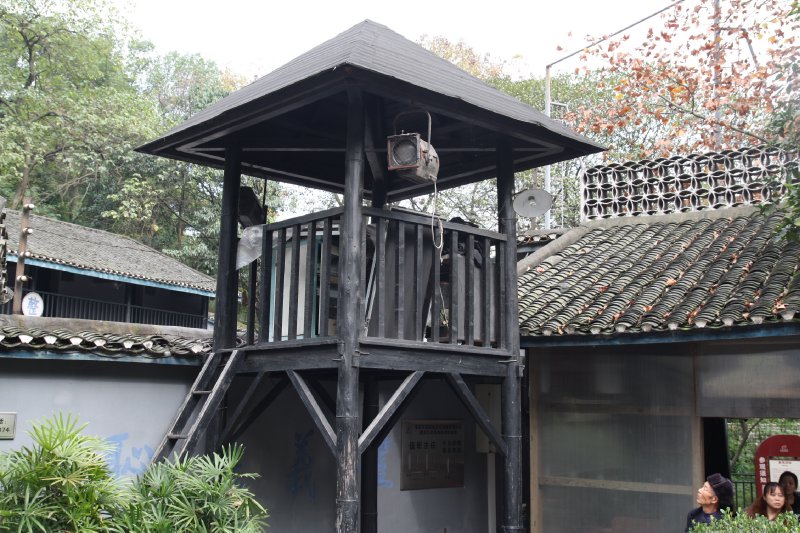 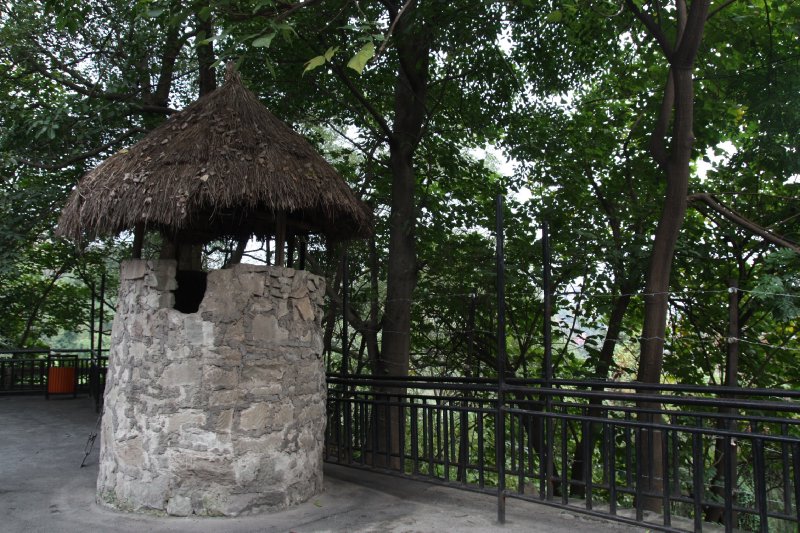 There were 16 or so rooms, furnished in quite a spartan fashion 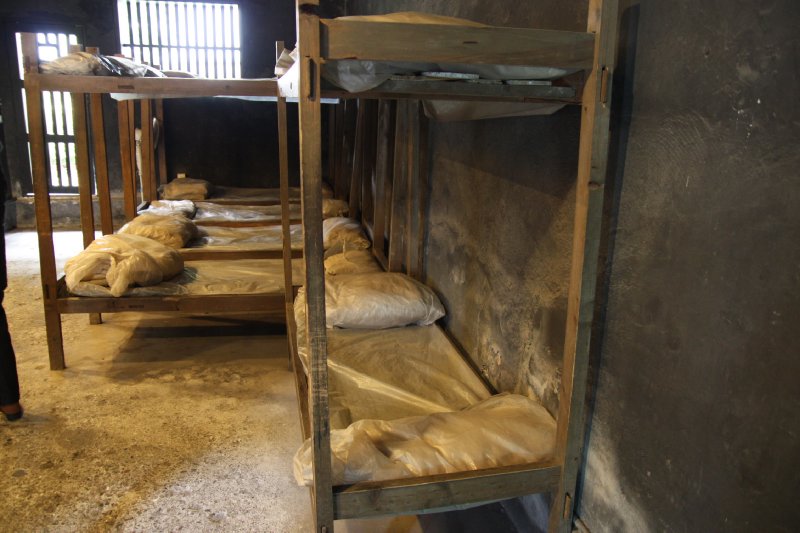 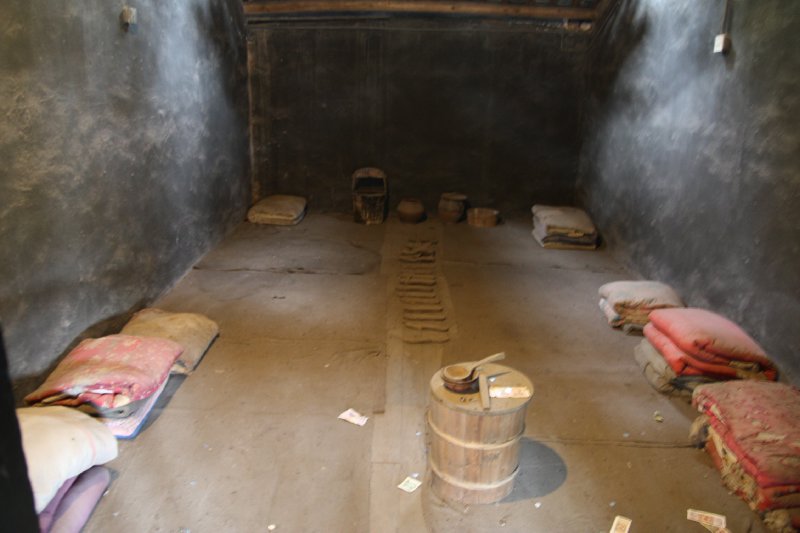 One of the rooms was used to “torment” the prisoners in order to obtain their confessions, using this sort of equipment 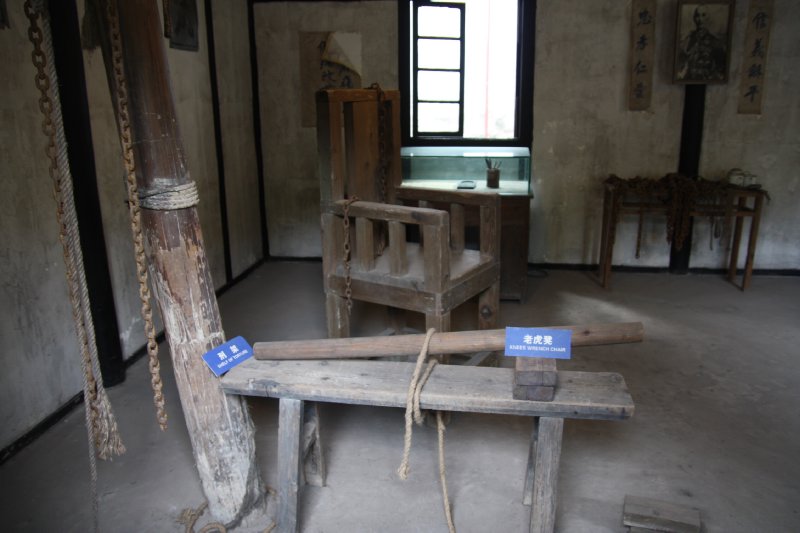 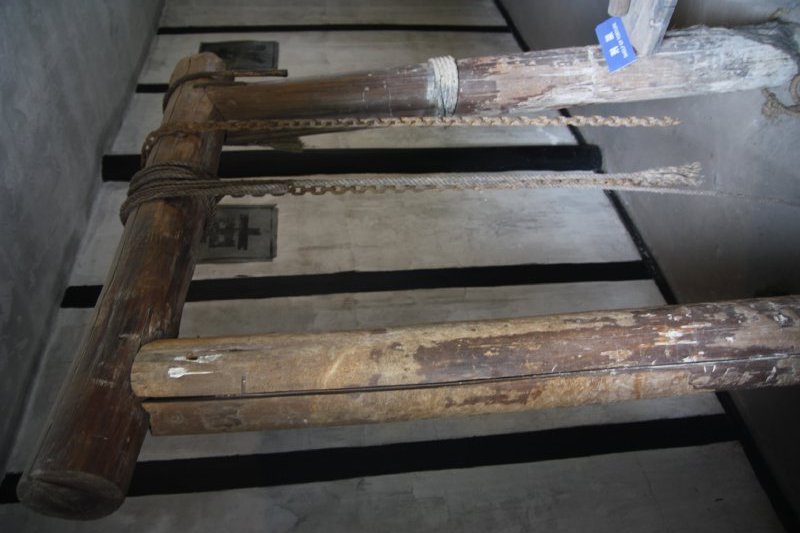 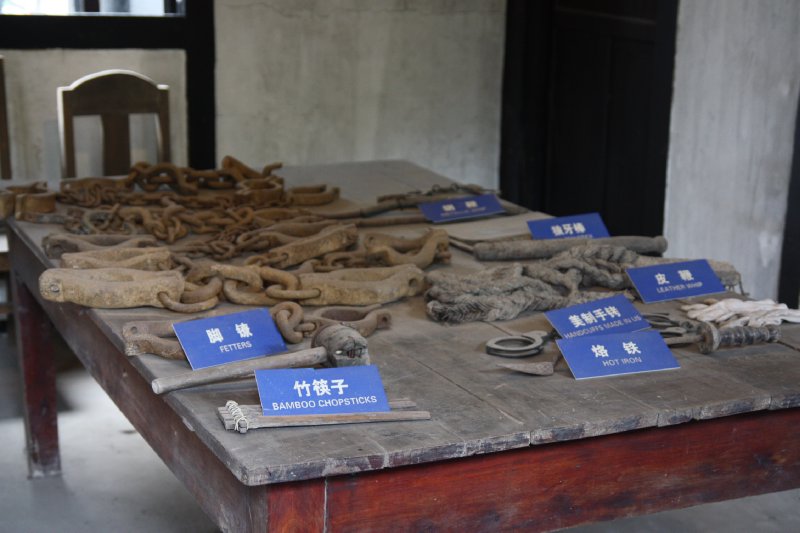 These were all Communist party members, or at least suspected of being members, who are now honoured as martyrs – most of the rooms featured pictures and stories of their occupants 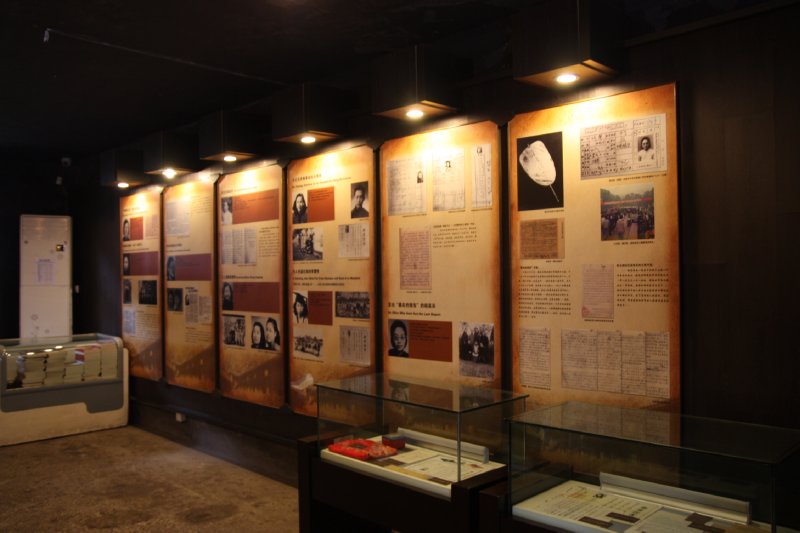 I say martyrs, because in 1949, they came to a terrible end: “secret agents massacred all the prisoners” and set fire to the buildings – 15 managed to escape through a hole in the wall. The other prison, Baigongguan, was a different sort of prison, and must have been used to house the elite prisoners (and at one point housed US military officers, who were working with the KMT). It is a villa built by a warlord, and rather nice. Here, the prisoners were not tormented – they were “queried”. 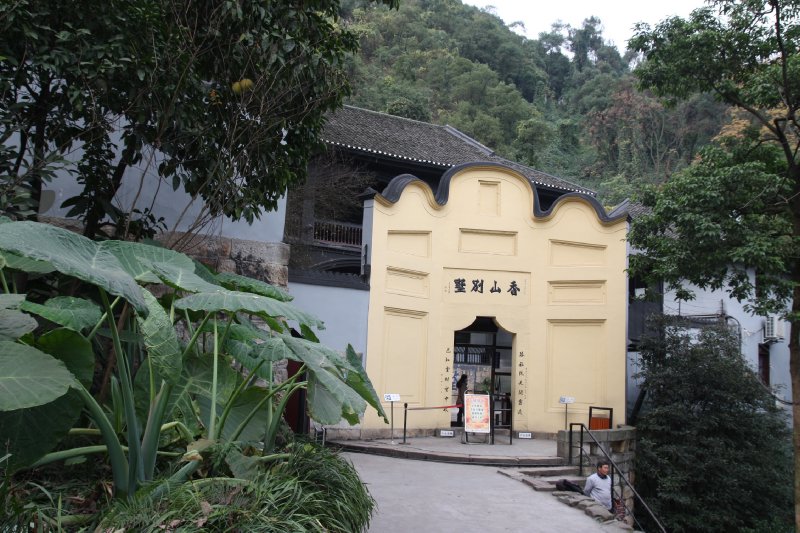 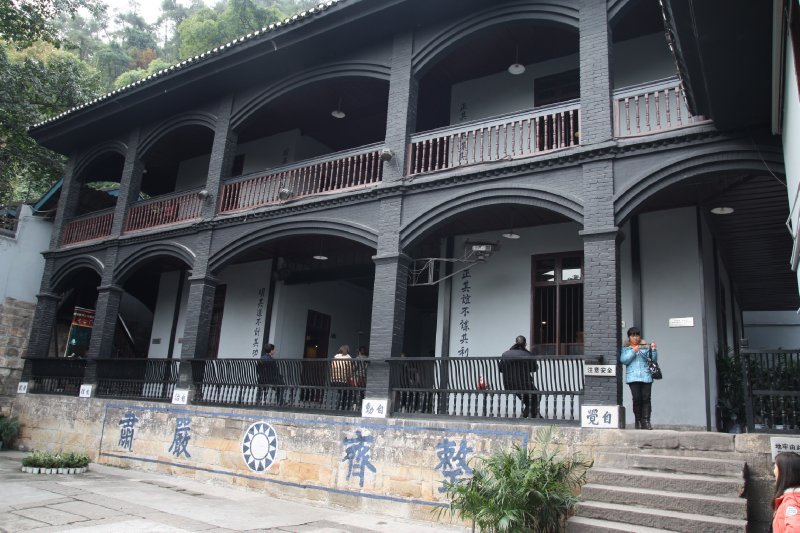 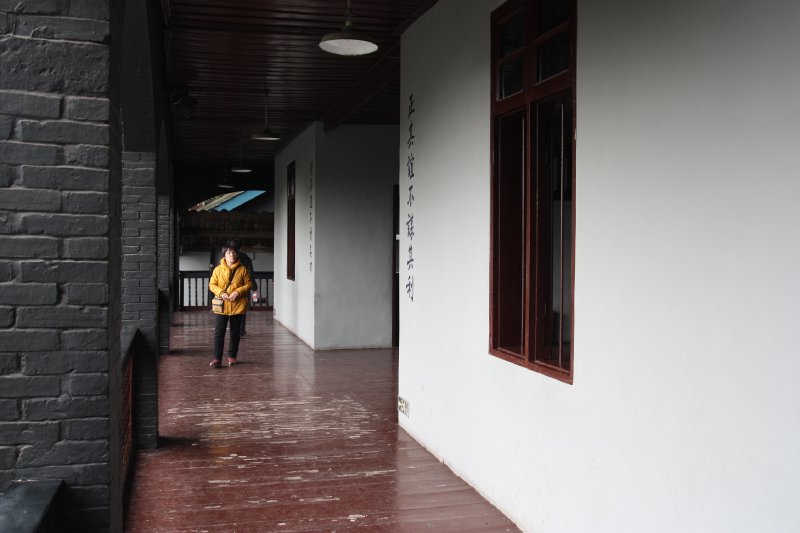 But, again, its inhabitants were all murdered in November, 1949. At various points around the area, small fields have been set aside to commemorate these martyrs 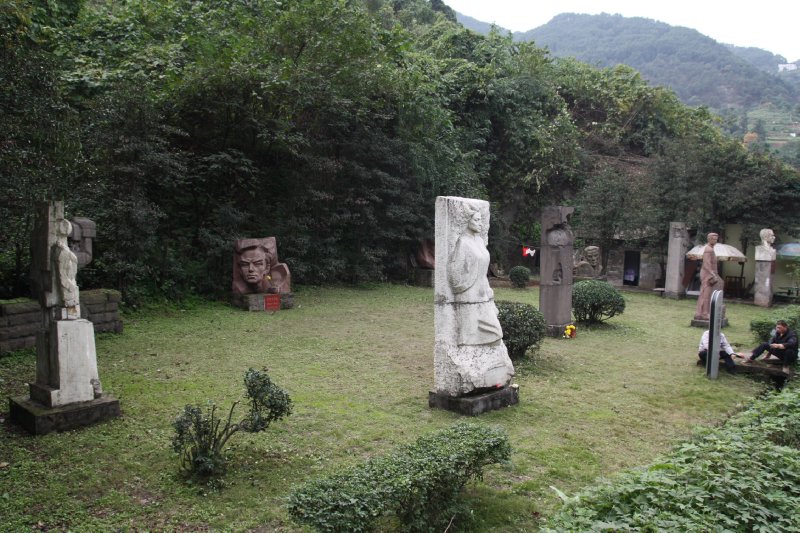 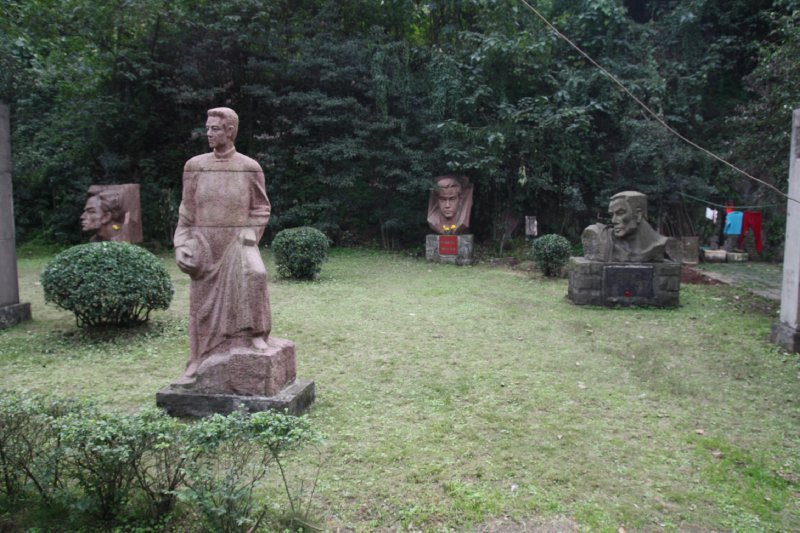 This was a pretty sobering day for me, but there was one brief moment of amusement – they were using dogs to track prisoners, but the Chinese dogs either died or ran away, so an important contribution from the Americans was to bring 25 police dogs over. The first order of business was then to teach these dogs to eat rice.

As I was walking out of this area, I came across this: 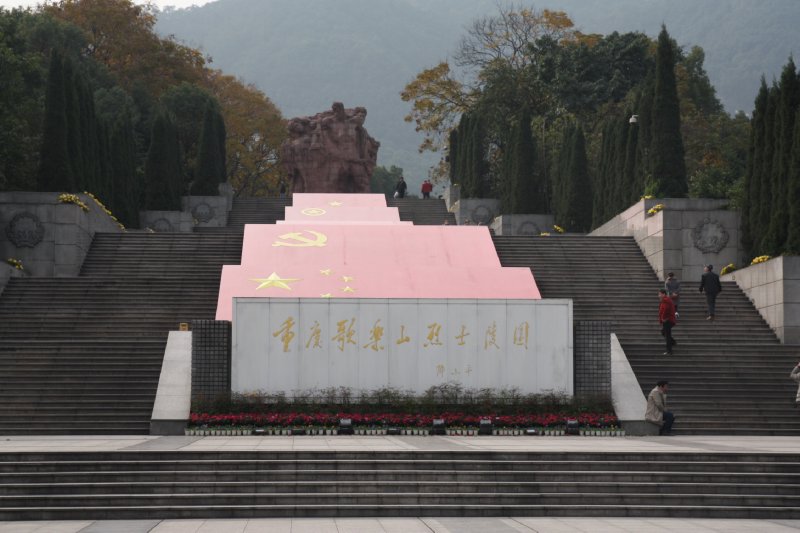 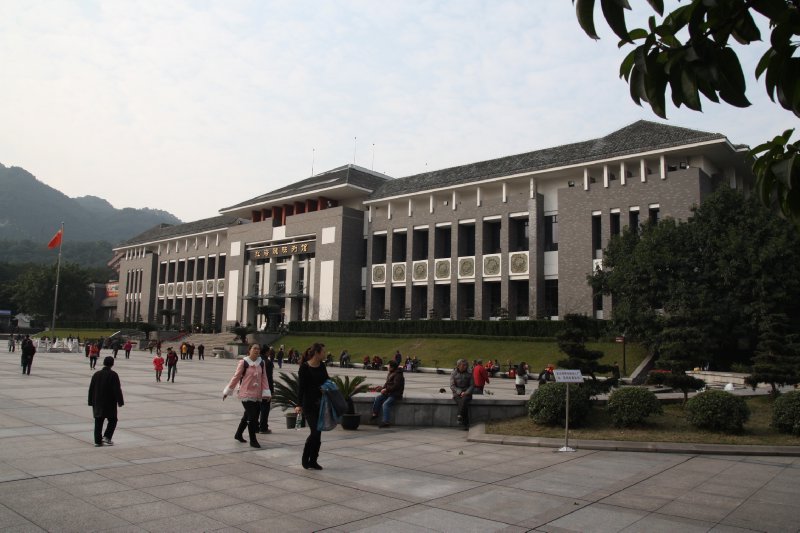 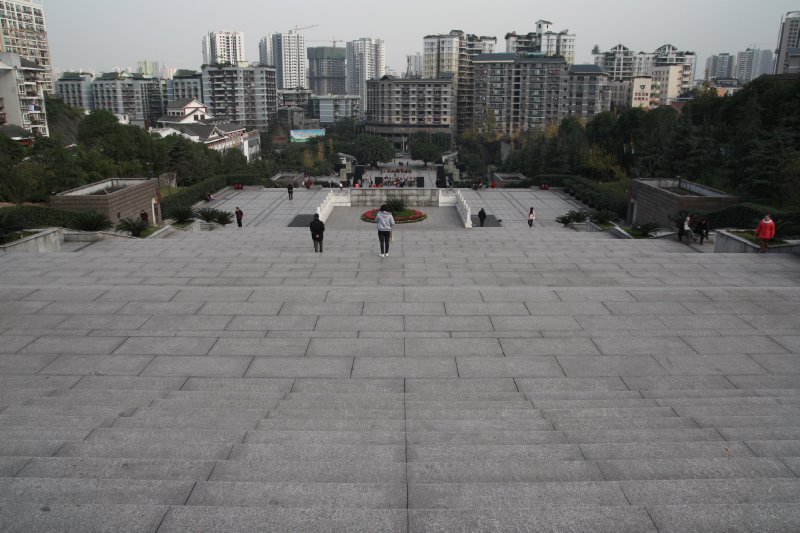 it is the House of Memories, also erected to commemorate the revolutionists and martyrs who fought against the KMT. One thing that did hearten me was to learn that while this civil war was under way, the Japanese seized the opportunity to attack, and actually had control of Chongqing for a while, under a “puppet” “traitor” governor. The KMT and Communist Party were able to suspend their differences for a while, unite to repel the Japanese, and then carry on with their civil war.

Posted by NZBarry 07:51 Archived in China