I started this little effort several years ago because I was embarking on a six month sabbatical, my longest stint of travelling since they invented the internet. The years have now rolled around to provide me with a further opportunity for a sabbatical, this time for an entire year. Plans are not well formed - I have bookings which will see me hit Canada and cross it by rail, and then fly one of the more obscure connections, from Orlando to Oslo. But all that is far far in the future.

My last few days in the country were, unsurprisingly, rather frantic. I saw no sense in keeping a broken down car hanging about awating my return, so onto trademe it went. I listed with a $1 start bid, and for a couple of days was worried I wouldn't get my listing fee back, then worried that some bloke with no trading history from Te Awamutu would buy my car and not complete. Luckily there is more than one nice lady in Christchurch who likes elderly Hondas - my buyer was so keen she set her alarm clock for 2 a.m. to be awake when the auction closed (I somewaht foolishly just randomly listed it at 3:40 a.m. so that's when it closed) and then organised for a transporter to take it away. For a pretty much accidental buy four years ago, it was a great car and I'm a bit sad to see it go. 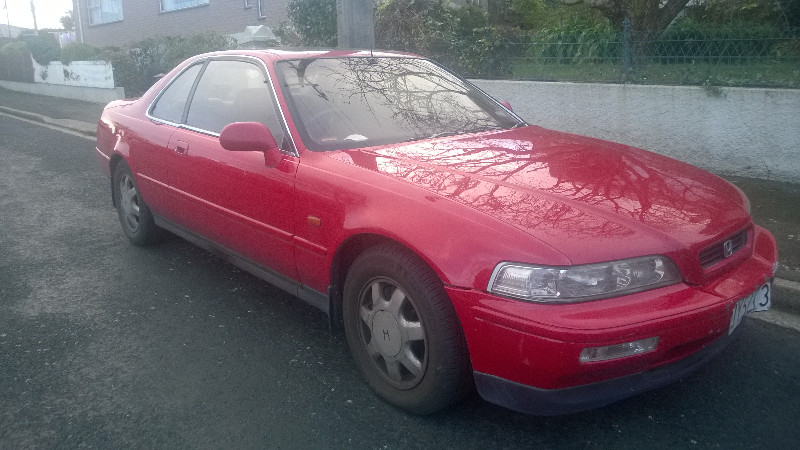 There was really only one mishap - I managed to leave my boarding pass and a library book on top of my car when I left it at the transport yard. Oops. The rest of my time was a blur of marking, house and office cleaning, trying unsuccessfully to instal a house-sitter, a rather nice farewell dinner at Ombrelloes and two very late nights - so late that when I finally caught my flights out of Dunedin, I managed to sleep through both take-offs. Unfortunately one seat mate had irritating leg syndrome - at first I thought he was tapping along to his music, but then his whole leg would start oscillating and, horror of horrors, touch me. That kept me awake.

My last three days in New Zealand were taken up by a quick drive down to Tauranga to see my family and then two days locked up in a motel near the airport, to finalise the last of my marking. I did manage to find two nice meals - I took a drive over to Panmure to eat at a highly rated Malaysian place but it was closed for some sort of holiday. Luckily I found an enormous Vietnamese place where I could have a beer and curry and the next day popped over to Birkenhead for a great Malaysian curry. In between I dined on KFC burgers, to use up some vouchers I had.

I was at the airport in time for a relaxed departure, and the Cathay Pacific flight to Hong Kong was unexceptional. I've never been here before so caught the bus into town in order to sit on the upper floor and see what could be seen. I enjoyed seeing the lights of the high-rise buidlings lining the harbour and then the bright lights of Nathan Road. My digs are pretty good - in Hong Kong it is hard to get spacious rooms with free internet cheaply but by going a bit out of town I succeeded. The only real downside is that it is up a bit of a hill from the train station, and this June was the hottest Hong Kong has ever recorded (since about 1880). I had to have a bit of a sit down when I finally dragged myself and my bags into reception. 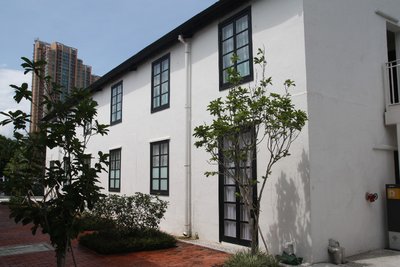 The Heritage Lodge is part of an old (100+ year old) hospital compound (the rest is something called the Jao Tsung-I Academy, which is a sort of museum honouring the works of a local academic, Professor Jao Tsung: 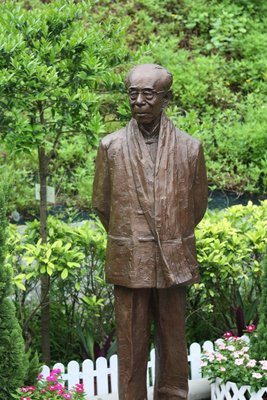 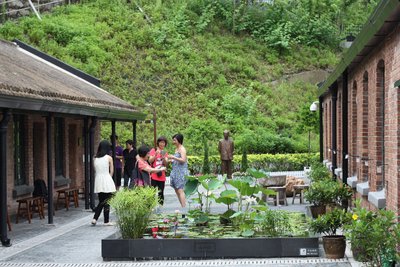 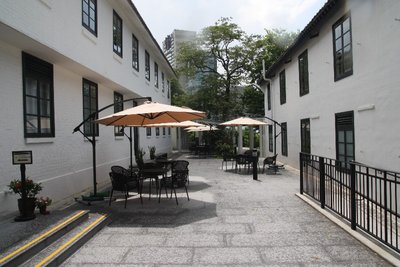 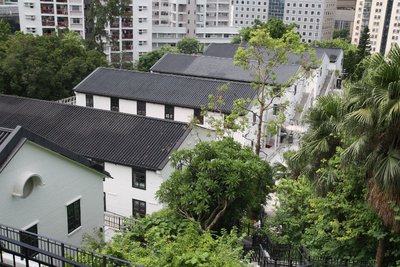 This really sets the bar quite high as a marker of academic achievement! I took a quick look round - it was mainly a collection of some calligraphy and paintings of his, but there was a nice group of photos of old Hong Kong. The security guard was cute - she saw me in the main exhibition hall, waved, told me to take no photos and dashed off. Then she waved again, came rushing up to me and said :welcome, I hope you have a nice visit".

The local area, Mei Foo, is very much a residential area, made up of a large high-rise private housing estate 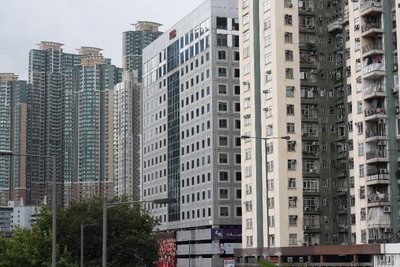 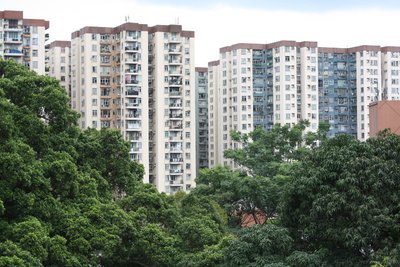 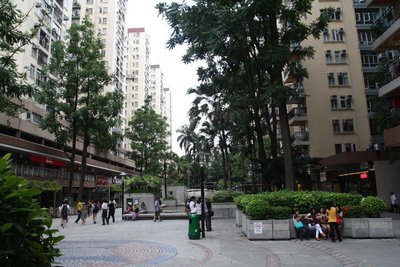 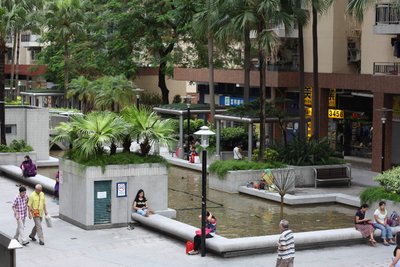 - lots of real estate agencies, banks and bakeries, and a quite pleasant local fast-food chain restaurant, Cafe de Coral. I've just read that it is run on Taylor's (i.e. Frederick Winslow) scientific management principles, which is a little scary. He invented the stop-watch based time and motion study and apparently believed that workers are not capable of understanding what they are doing, so all power is in the hands of managers. All I can say is that the people I dealt with seemed cheery enough and I didn;t see a stopwatch anywhere. I've also just read about Mei Foo - when built it was the largest housing development in the world, with around 80,000 occupants in 13,500 apartments. Mei Foo is the Chinese trading name of Mobil Oil, the former owners of the land. I can't say it is the most exciting part of Hong Kong, but it was a good relaxing place to spend my first three nights.

Hi there. I so enjoyed reading your first report n loved the photos. Have fun dude.