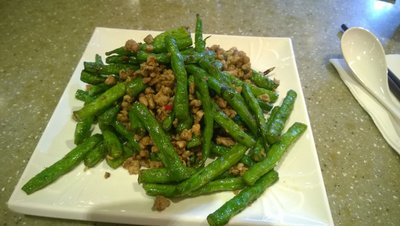 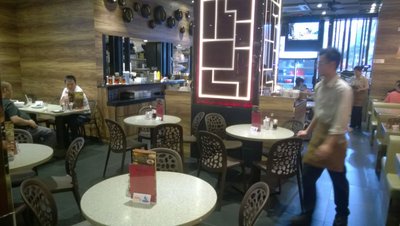 it struck me how happy I am with this way of living in Hong Kong (and lucky to have it). Yes, I spend most of my days in libraries (a combination of the HKU Law library and the HK Central and Mongkok Public libraries) and work quite hard but I actually enjoy the ability to work at my writing without distractions. Walking around Hong Kong is constantly interesting, and my most enjoyable aspect is probably the people watching. I come from a place where it is cold and there are only ever about six people in town at any one time, so the combination of the heat and the thousands of people per square foot, all of whom seem to move in the most unexpected ways or simply stop moving at all to hold a family conference in a doorway can be a little confronting. That's pretty minor in the overall scale of things. I look at all of the enormous and in many cases rather shabby apartment blocks, and know the apartments are tiny, and start to wonder what it would be like to live in one with all those people.

Or, as I did in a Kennedy Town cafe, I wonder what its like to be a waitress - this one in particular caught my eye because when she was needed to serve food or take orders or clear tables, she was alacrity personified, and very helpful - she helped me sort out the menu - but when there was nothing for her to do, she'd stand, transfixed by the soap opera on TV, and start to bounce up and down and squeal if something (I presume) juicy was going on. In another cafe, I found myself having a race with another customer - she was very trim, well under half my size, but I noticed that we'd both received our orders for the same dish at the same time. I was not even handicapped by having to use chopsticks and thought I was motoring through my food while she was eating quite sedately, and yet I was only three quarters done and she was getting up to pay the bill. The food places are are a revelation - so many good, cheap places to eat, and many of them full of people at all hours: eating, obviously, but also just hanging out, reading the paper, doing whatever. Even McDonalds is a very social space, where people seem to sit for hours, not always ordering anything. I guess this is a consequence of the tiny apartments.

Mentioning Kennedy Town reminded me of a cafe I popped into after the conference one day. We've all seen cafes combined with other sorts of business, like books and music and garden centres, but this one had an odd juxtoposition: I was chowing down on a big piece of chocolate cake and drinking my cappucino amongst a fairly good range of outdoor sportswear.

When the conference finished, I made another hop - this time to a hostel in one of the most densely populated places in the world and the most expensive rent for retail premises in the world (this is apparently where the vertical mall was invented): Causeway Bay. 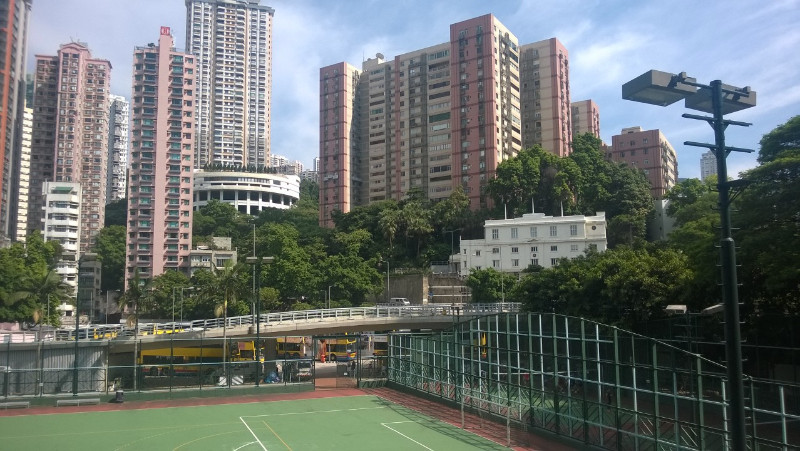 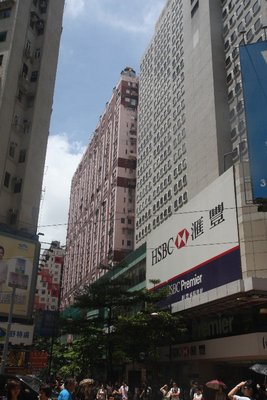 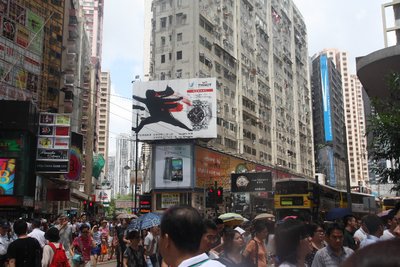 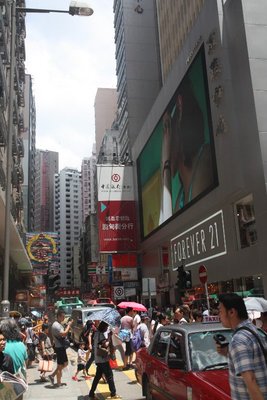 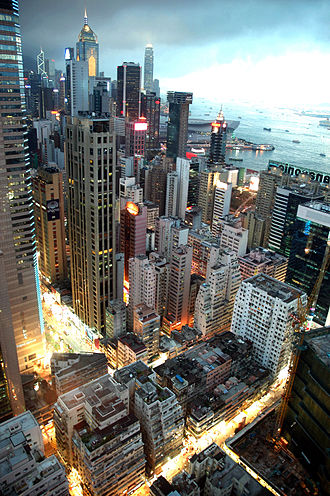 [Stole that last one from wikipedia.] I was still on Hong Kong Island, about half way along its north shore. The hostel is almost on the coast so that while I could see nothing from where I slept, the common area had a great view of Victoria Harbour, really fantastic at night. I had an interesting encounter there with a violin student from the Shanghai Conservatory - she came in a bit tipsy from some club, and was very sweet and friendly. 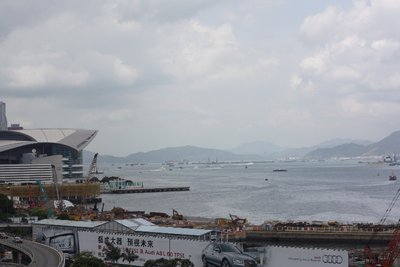 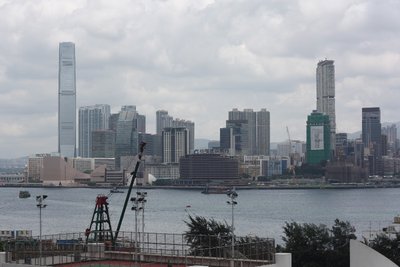 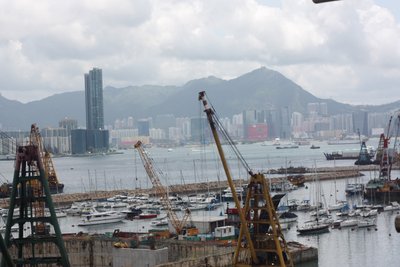 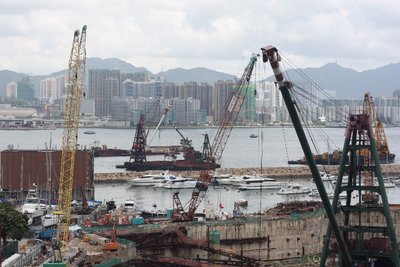 It seems that the main reason people go to Causeway Bay is to shop, which I couldn't do as there's no way I want to lug even more stuff around the world (I've already bought more than I ought). One thing that did interest me was that there was a sort of march - I'm not sure if it was a protest or celebration, as it had elements of both: someone bellowing catchphrases into a megaphone, a police presence and banners suggested the former, but the marching girls, the music and the dancers suggested the latter. One thing I do know is that one woman was not happy - she stood on the sidelines shouting at them and waving her umbrella angrily (it didn't have much of an effect, as t was one of those wee fold up ones and it kept flapping open). 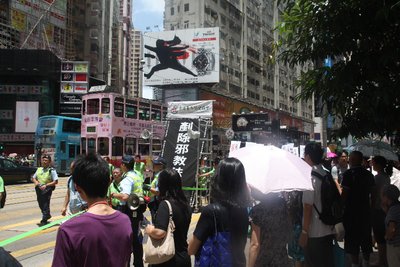 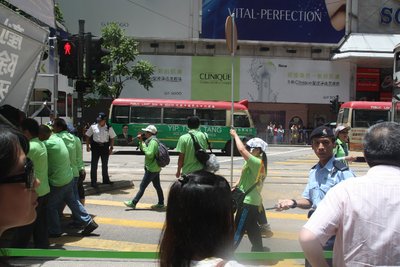 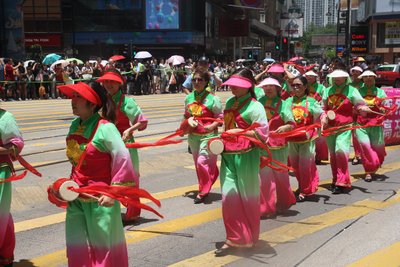 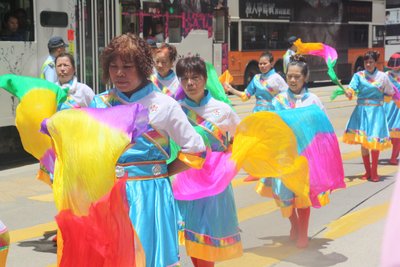 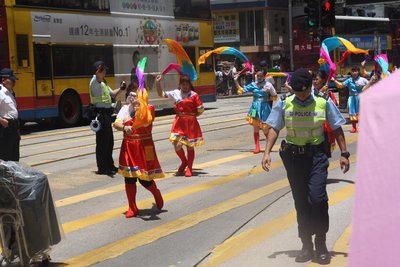 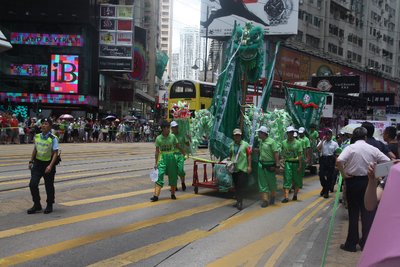 After spending the Saturday morning wandering around, I had not much more I wanted to do there (I am trying out a policy of staying local) so when I found the utterly wonderful Hong Kong central library, that's where I went by way of refuge/natural habitat. It has nine floors, all filled up with books and computers and people, and a near absolute silence prevails throughout. I tried to get good photos of the interior, but a security guard came racing over and was all "no photo, no photo". He didn't follow me into the lift, however. 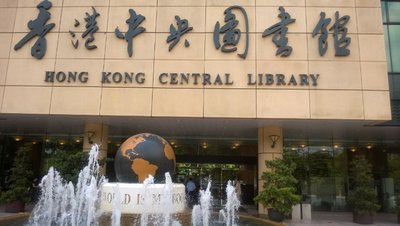 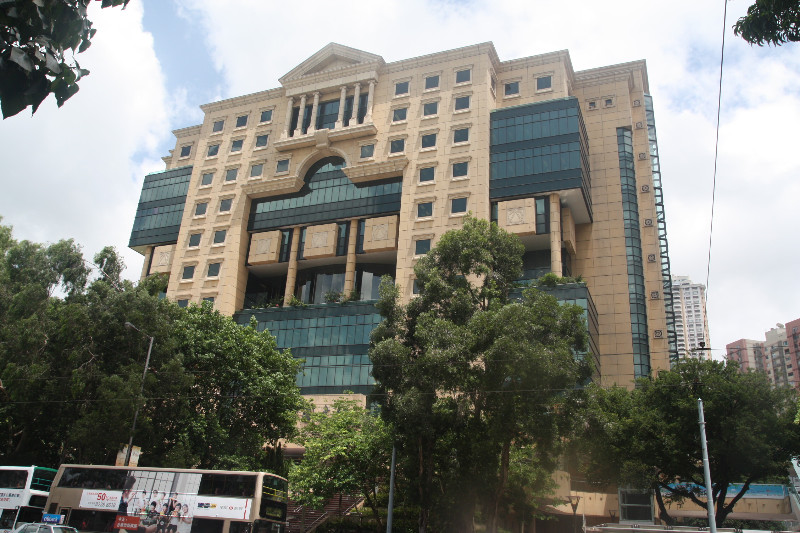 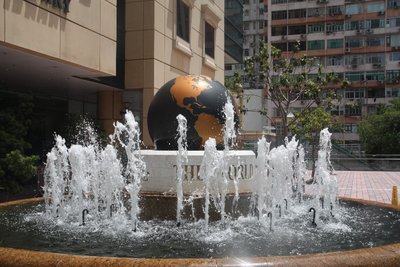 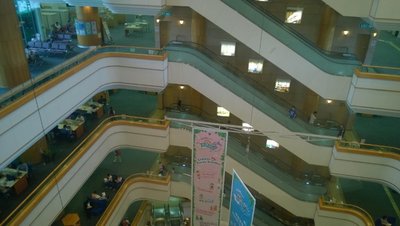 I found two really good coffee places - one, a tiny almost hole in the all place with just four constantly pacled tables (18grams) was just outside the hostel, and the other, Coffee Academics, I just found by randomly walking around - it was very swish, but its apple strudel was rather smaller and more civilised than the huge chunks I normally have on X-Files night. 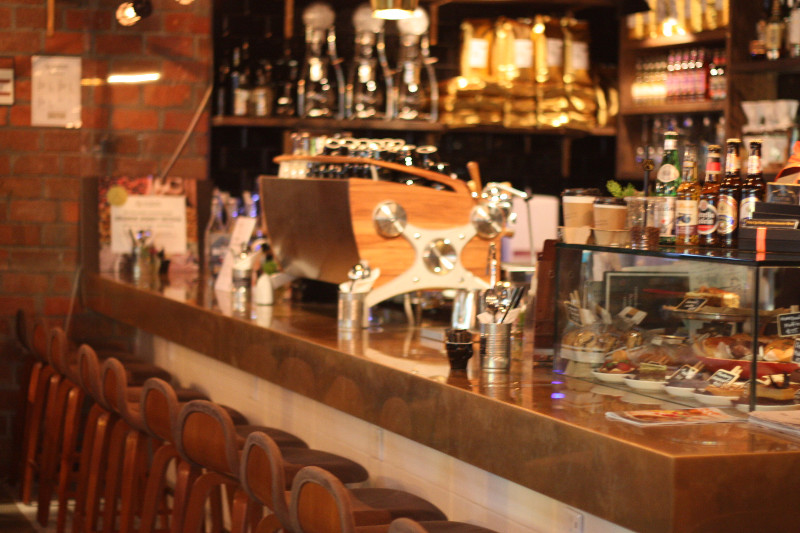 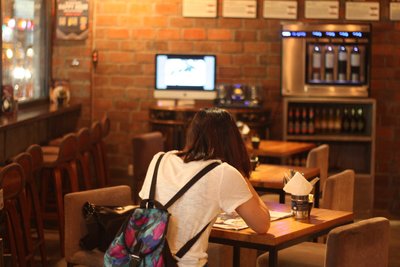 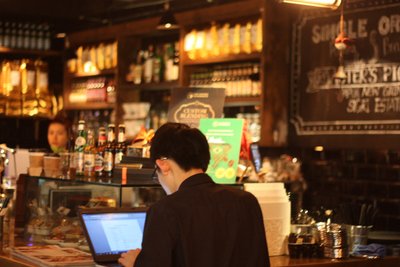 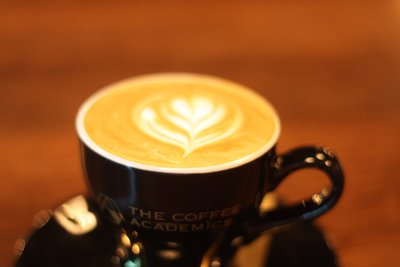 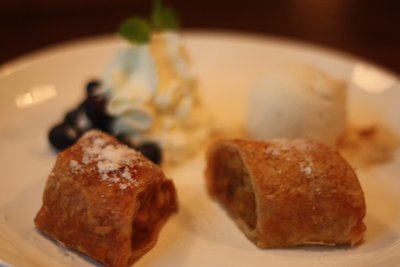 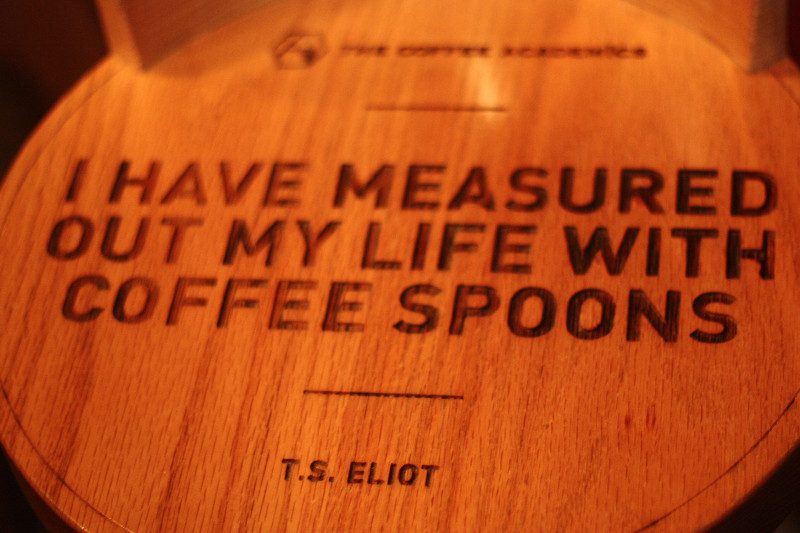