Nathan Road is probably Hong Kong's most famous - famous for big brand shopping; infamous for traders selling fakes as real and for the travellers' institution, Chungking Mansions. That is a group of 17 storey apartment blocks, but decades ago, people started converting their apartments to mini-guesthouses (a kind word for a flophouse) and hotels. According to Wikipedia, there are around 2000 rooms for rent - in amongs the restaurants ("African Bistros"!), money-changers, import-export businesses, clothing stores and many less savoury endeavours. I have been reading about this place for at least twenty years, and it has been in my imagination as a mystical place where you can live for virtually nothing and anything goes, but when it came to it, I didn't stay there - the rooms are cramped, and I really don't want to be anywhere that my stuff is unnecessarily at risk. 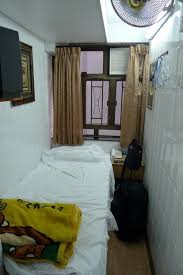 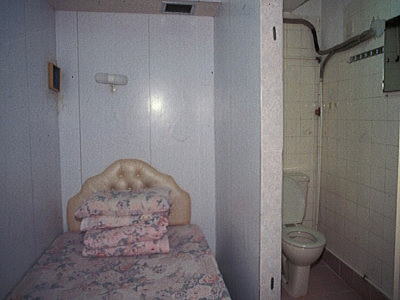 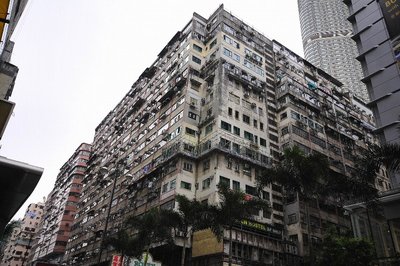 My bus from the airport did actually run up Nathan Road and I was back there that night for a late dinner, but I thought that I should spend a period at least nearby, so picked a hotel in Mongkok, which is centred on Nathan Road but runs out as far as the coast. The name refers to the preponderance of ferns that used to grow in the area, which had been agricultural: now it is in the Guiness Book of Records as the most densely populated area in the world. Something of old Hong Kong has remained - it has kept up the tradition of having streets devoted to single trades or industries, but has moved with the times so there is now a photocopy street. Ladies market is not what you might think - it caters to ladies. Apparently it is also the centre of triad activity - back in the days, the British authorities would not venture in here.

The hotel I picked, the Dorsett Mongkok, was the nicest of those I stayed in - the staff opened the door for me, the room was very modern although still not very big but wonderfully set up as a workspace, 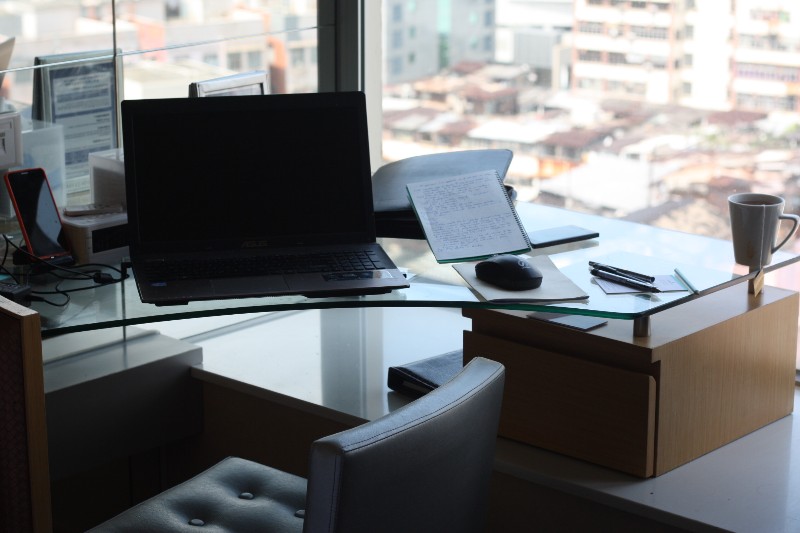 except for the flaky email. It wasn't exactly in the centre of things, about two blocks from the coast, 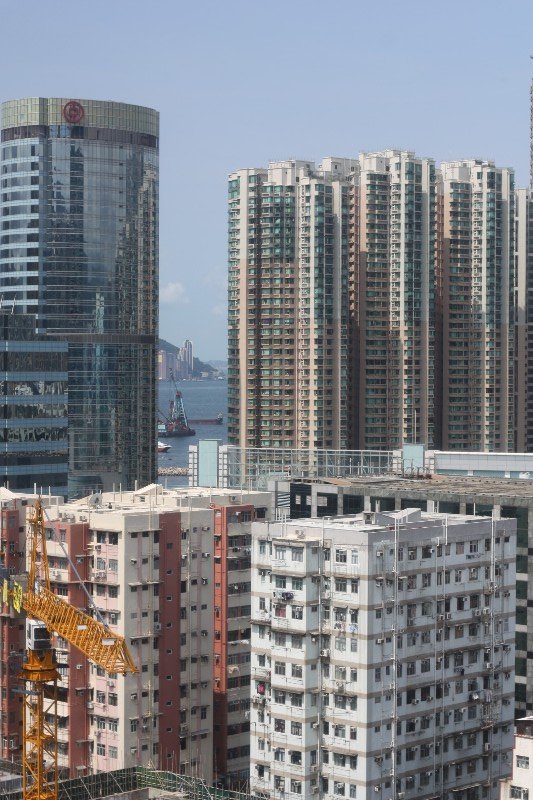 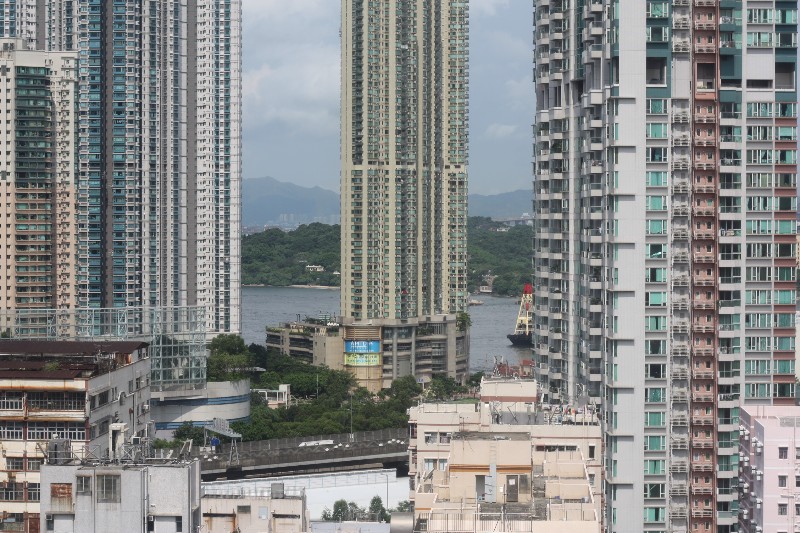 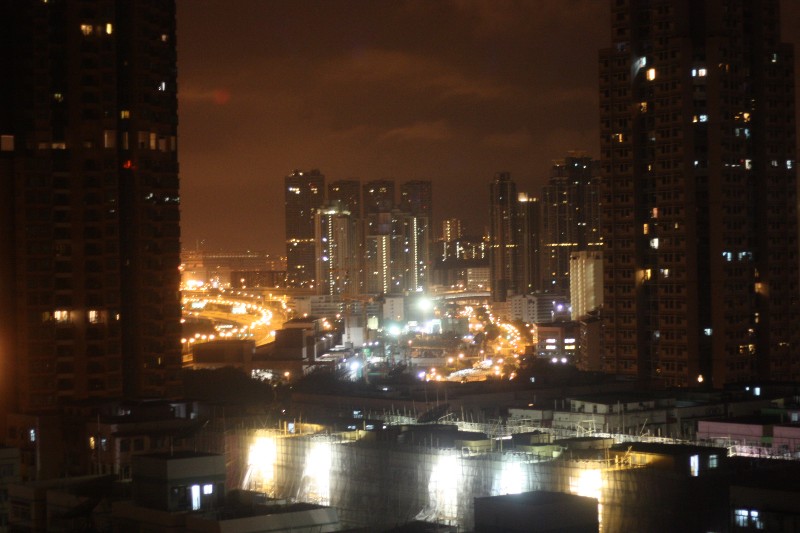 I had to go look - it was a pretty low key freight hauling area, where containers were loaded individually by derricks 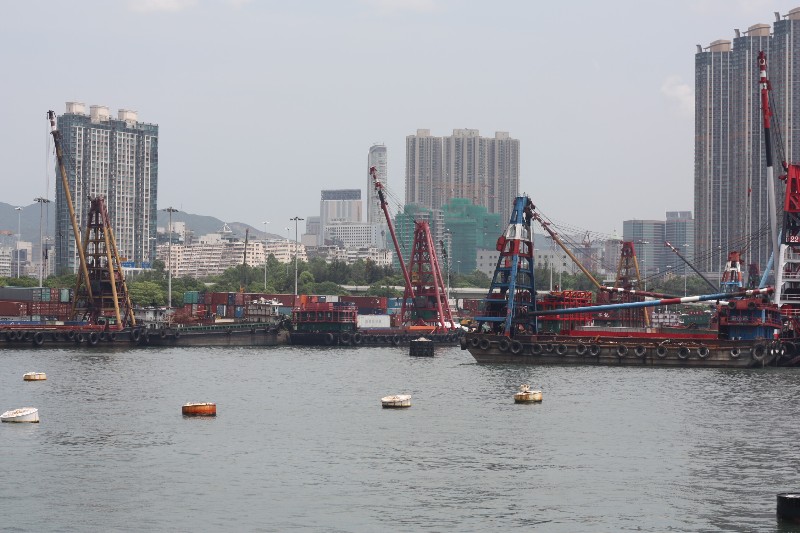 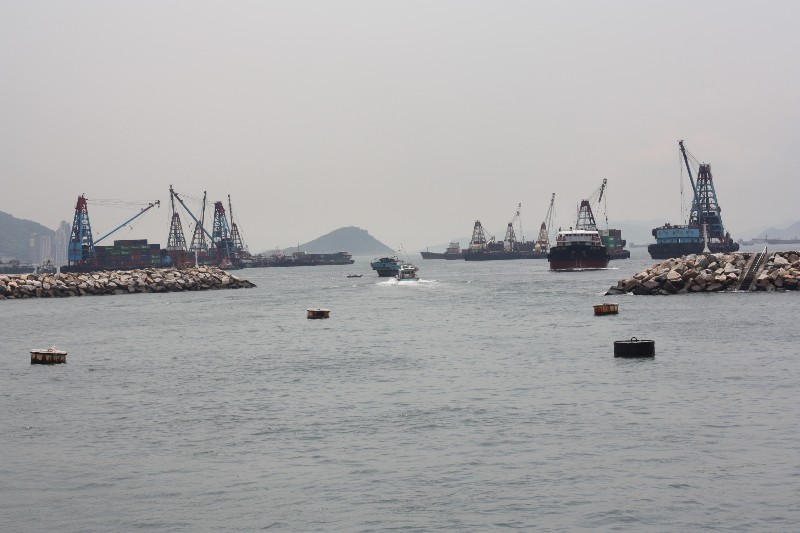 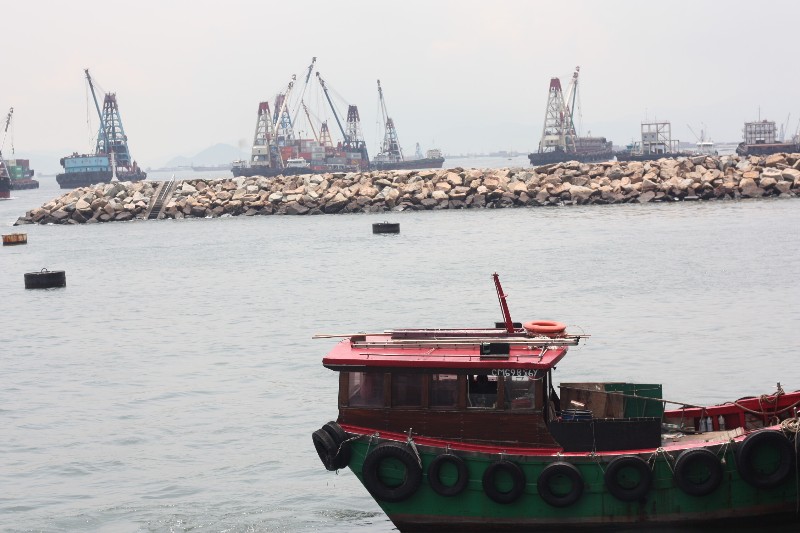 a few blocks from Nathan Road, in its own town centre, malls, and a pretty good burger shop, Burgerman. 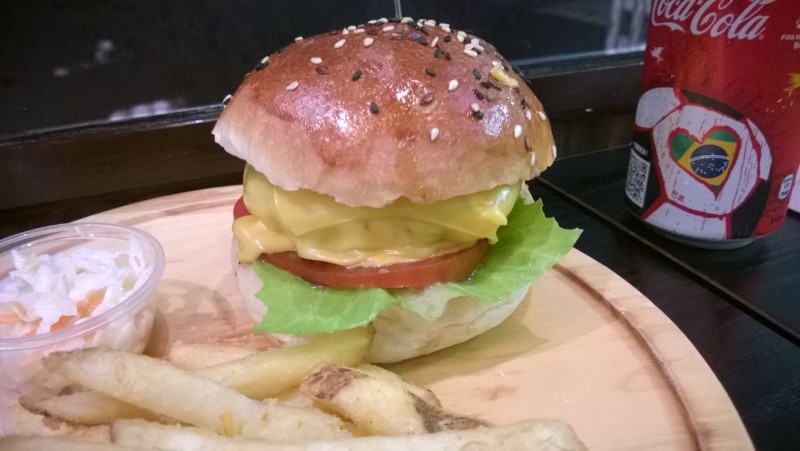 I spent the first couple of days trundling down to HKU in the bus so I could use their library, but then I found the public library in Mong Kok which had a dedicated study space and solid internet. Better still, it encouraged me to explore the area a bit better as I walked to and fro. 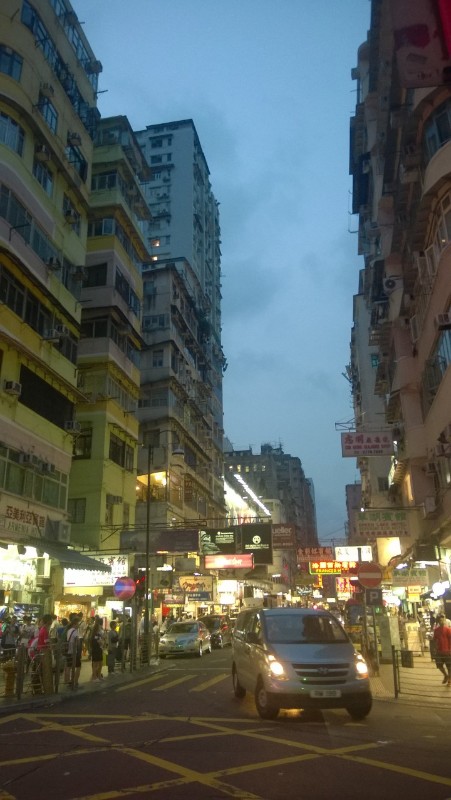 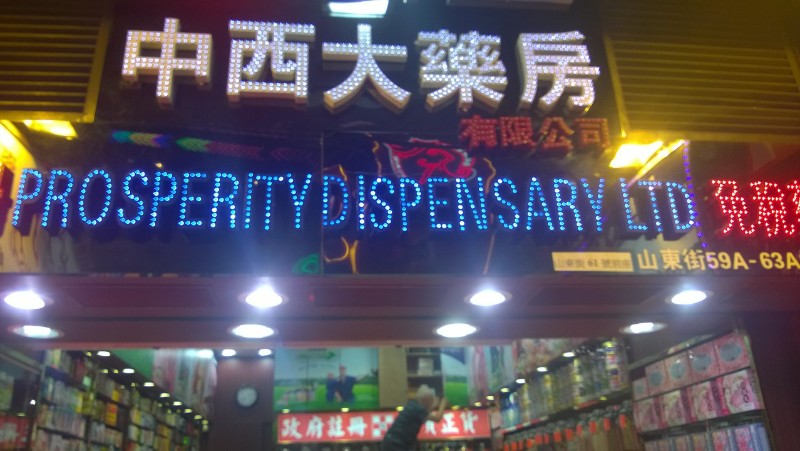 We could all use some of the latter! I found my favourite coffee place so far, where the people were incredibly fastidious, and used a variety of techniques to make coffee - although I stuck to the tried and tested. 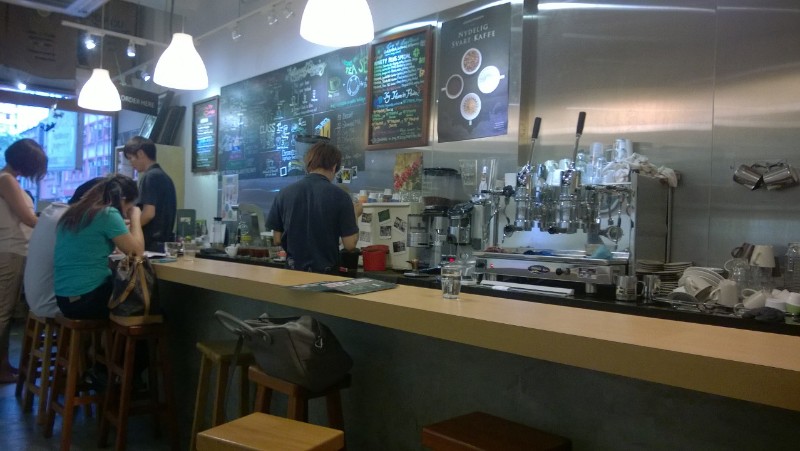 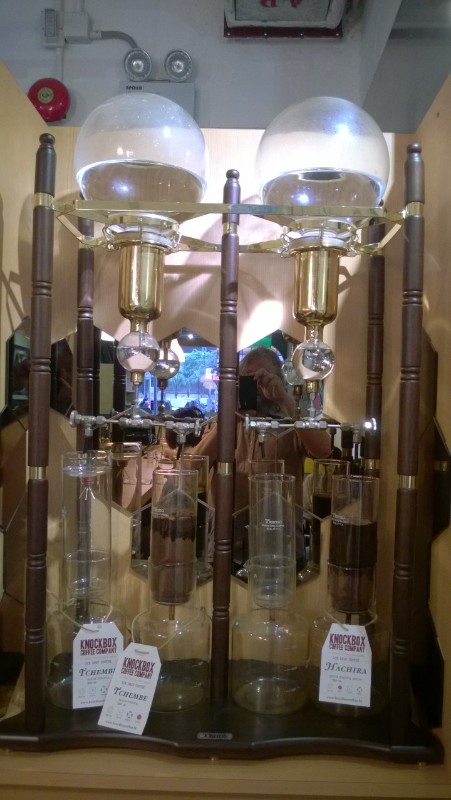 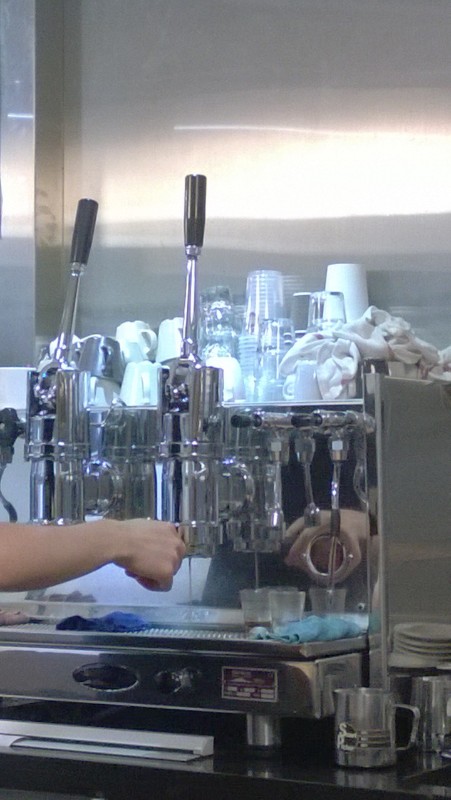 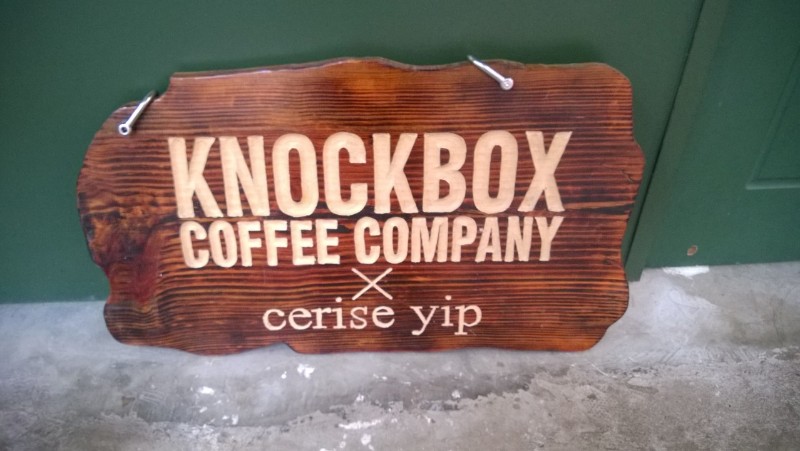 I also found an incredible mall, Langham Place, which is 13 storeys high. I went all the way to the top in its intricate network of escalators, and found that it then spiralled down. They had lots of brand names that sounded appealing - like Chocolate, Cream, Paper - but when I got there, I found that they were all selling clothing for fashion forward young women (dare I say it, hot chicks). So when I found a shop called Hot Chicks, I was more than a little surprised to find it sold fried chicken. A couple of places I did like - there was a shop called 80MBus, which was largely based on selling models of Hong Kong public buses, and a ramen shop called Ippudo I have eaten at before, and would have again had the queues not deterred me. 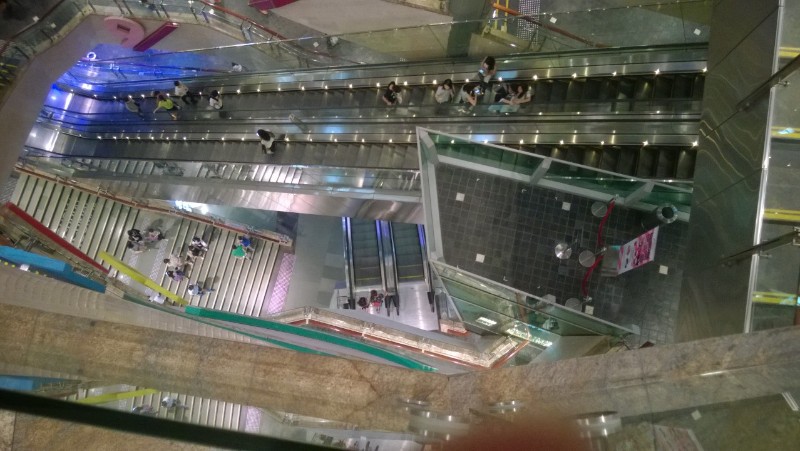 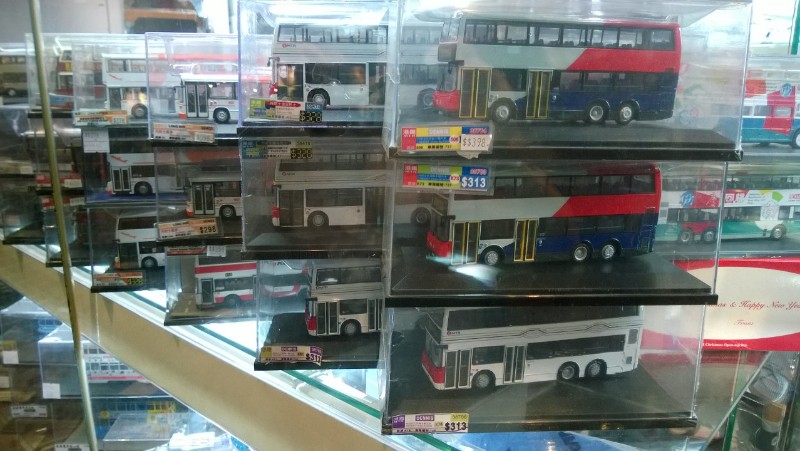 One odd thing about Hong Kong is that they have their libraries in Municipal Service Buildings - where you can find a council office and so on, but also a couple of markets - the normal fruit and veg, fish and meat and then the cooked food market. It was here that I finally tried goose - the flavour was not much different to duck, but the meat was quite a bit chewier. 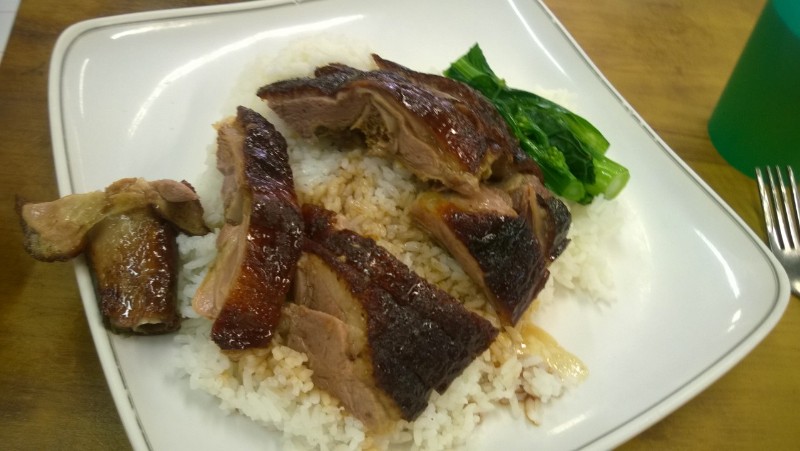 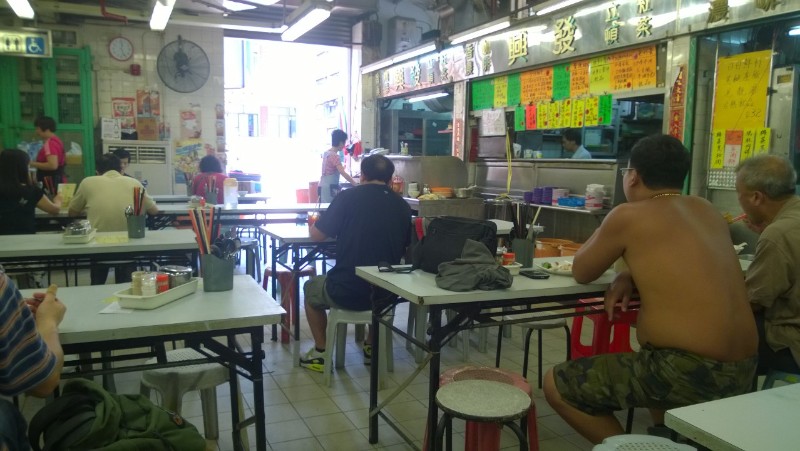 My mom lived in Chungking Mansions in the 1960s and said it was respectable then. We stayed in the early 1990s and it was my first trip to developing world living (chickens slaughtered in the stairways, construction wheelbarrows in the elevators). I did enjoy this book, even if some of it was repetitive. http://www.amazon.com/Ghetto-Center-World-Chungking-Mansions/dp/0226510204

Mong Kok is "REAL" Hong Kong. Glad you got to explore it.