It was a lovely mid-afternoon journey by fast train up into the Carpathian Mountains to visit Braşov, the so-called capital of Transylvania. 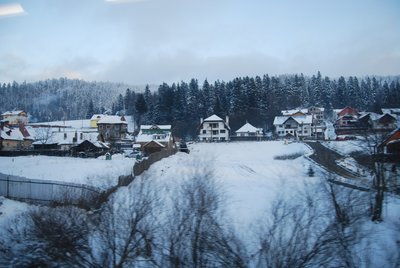 When I arrived at my hostel, there was a conversation going on at reception as to how cold it was going to get - a drop overnight to -15 and then a recovery to around -10 for the day. There was a kiwi in my room; she decided it was simply too cold and would be spending her whole time wrapped up in bed.

Most of the city is pretty unremarkable (unless you think tyre repair shops doubling as bars are remarkable), but the old city is fantastic. My first port of call was for some much needed coffee, but on the way I got distracted by the great old buildings and the narrow passages between (through?) them: 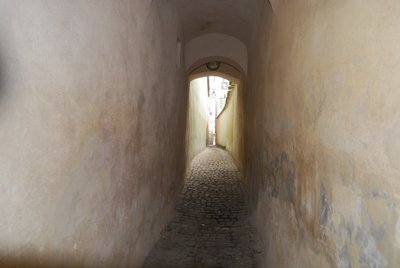 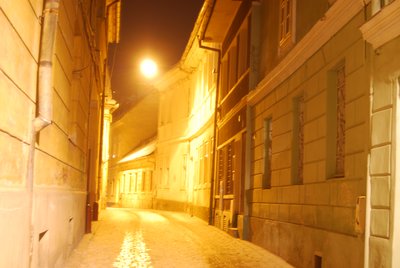 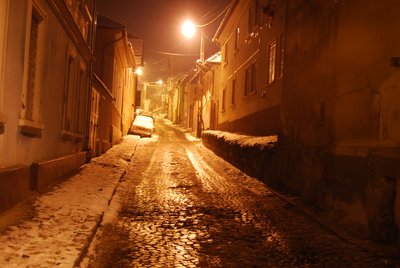 The first place I found was the local branch of Cafe Turabo, Romania's answer to Starbucks - the differences being that it has class and good coffee (oh, and booze and good cake). It was so cold it was definitely a two coffee moment, although people were still outside ice-skating: 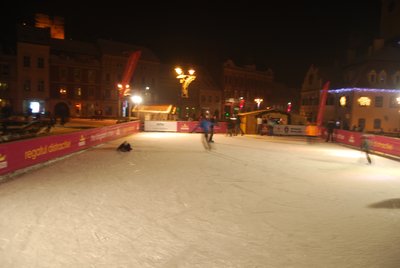 The town square featured a huge glittering Christmas tree, far too bright for my camera (skills) to be able to resolve into a nice shot. Beside the square is Braşov's most famous landmark, the Black Church (so called because there were attempts to set fire to it in some war (it is made of stone, people!): 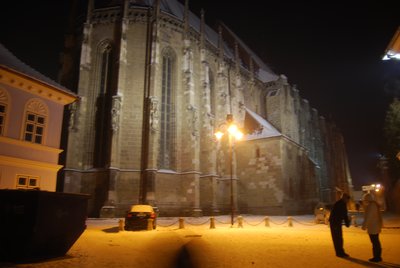 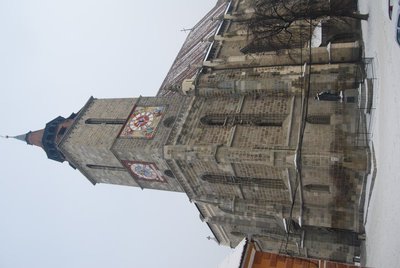 I was getting hungry by this point. Being a ski resort, there were heaps of coffee shops, bars, pizza joints, French bistros, Chinese restaurants, donut shops and the like but I was determined to have a traditional Romanian dinner. It was a long, cold walk but I eventually found an underground taverna that promised authentic Romanian food. It had very few takers: 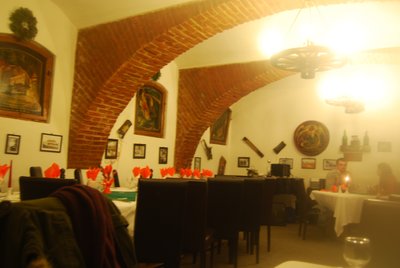 and to be honest the food really was unremarkable, although the pickled red cabbage was tasty, and it was warm and they had good beer.

Althoough I had a train to catch in the mid afternoon, I thought I might go for a wee excursion. First, I was distracted by the sight of this cemetary, just beside my hostel, which seemed just a little wrong: 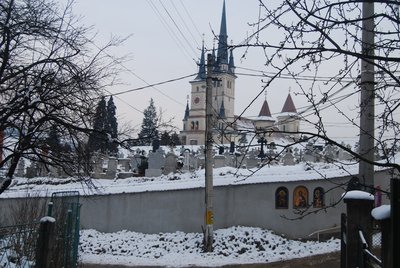 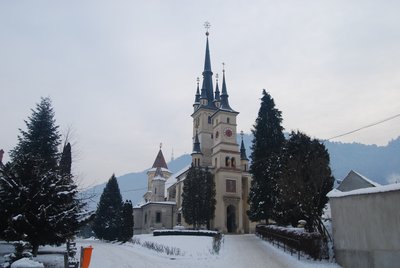 But my excursion was to Bran, which involved taking a bus out to the bus station, waiting in the freezing cold till the bus driver showed up from wherever, then being crammed onto his rickety old bus with about 100 others wanting to go to Bran. The reason? This: 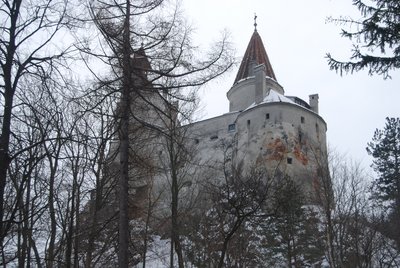 Yes, a castle, one that on some accounts was occupied by Vlad the Impaler, aka Count Dracula, although evrything I have read furiously denies that saying that, at best, he might have walked past, or attacked it maybe. Still, it is a castle, so I went in and had a good look round:
Queen Maria's room: 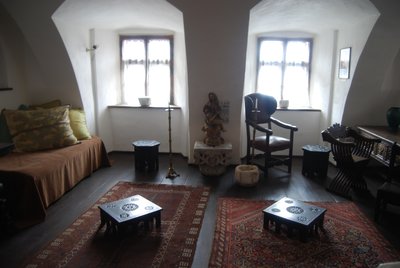 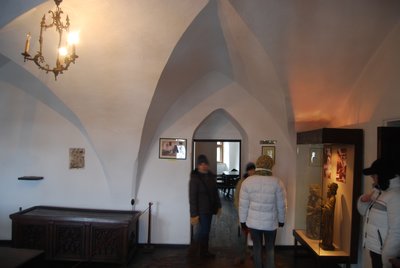 Thoroughfare (the thing that really surprised me about the castle was that, despite its size, its rooms were quite small, and it had fairly narrow passages and even narrower and generally curly steps going off in various directions) 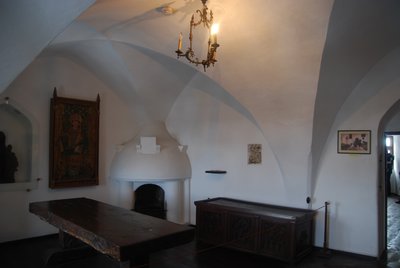 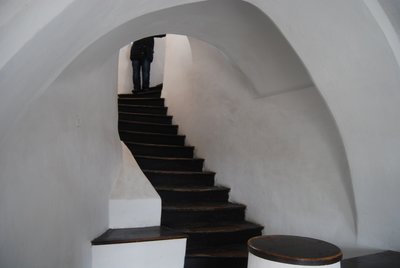 as well as a secret passage leading off from a cupboard 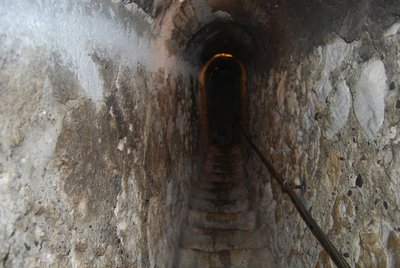 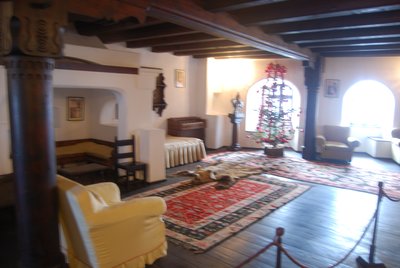 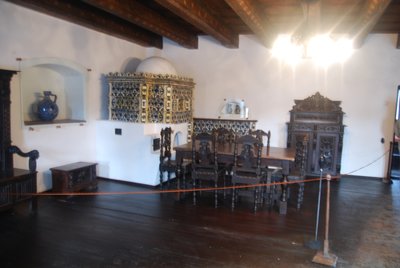 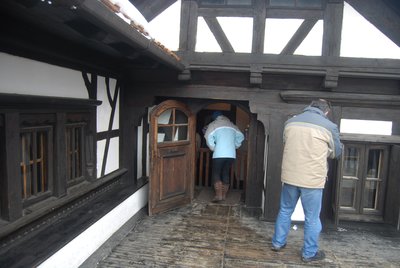 Outside the castle grounds, there was quite a big market, mainly selling souvenirs: 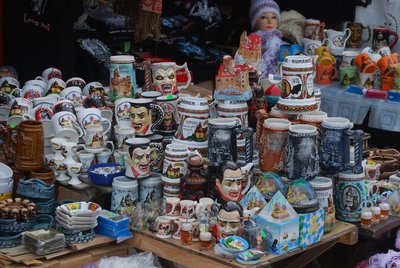 Posted by NZBarry 15:11 Archived in Romania