One of the reasons I wanted to stay in Butte in the Finlen was that I liked the idea of waking up there on my birthday. I also liked the idea of a relaxed start and a slow-paced day. It didn't quite turn out that way - according to the map, we did more than 450 miles, some of the roads were slow, some had wildlife on them which hindered progress (next post) but mostly what we were seeing was so fantastic that we had to stop lots. We left really early and still didn't manage to get to the next hotel much before midnight.

So, the photos are going to tell most of the story. The first bit of the drive was a fast drive for nearly 200 miles down the Interstate to Columbus, MT (the easternmost point of our trip), where we hung a left onto US 212 and on to Red Lodge where we finally stopped for something to eat. I was expecting very little as it barely shows up on google maps, yet Red Lodge is a sizeable town of 2000+ people. 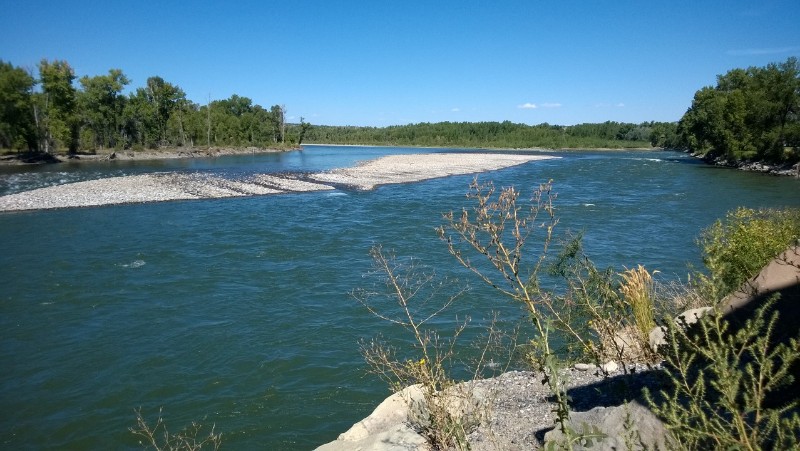 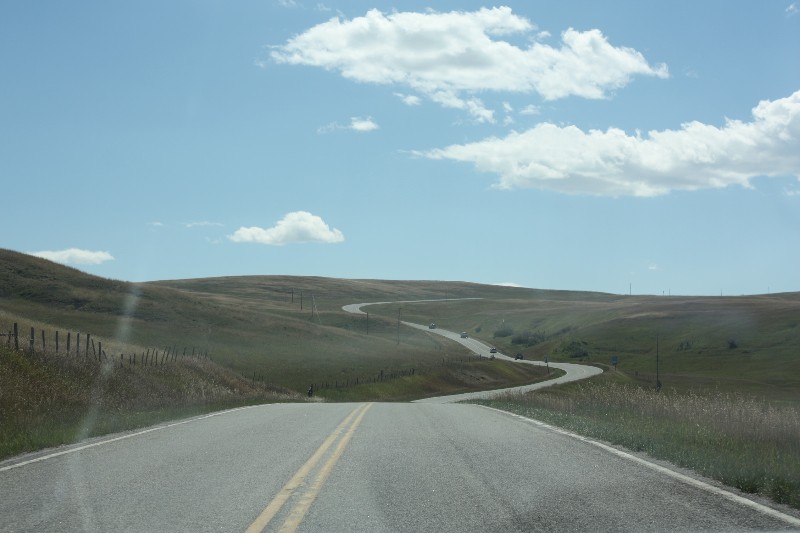 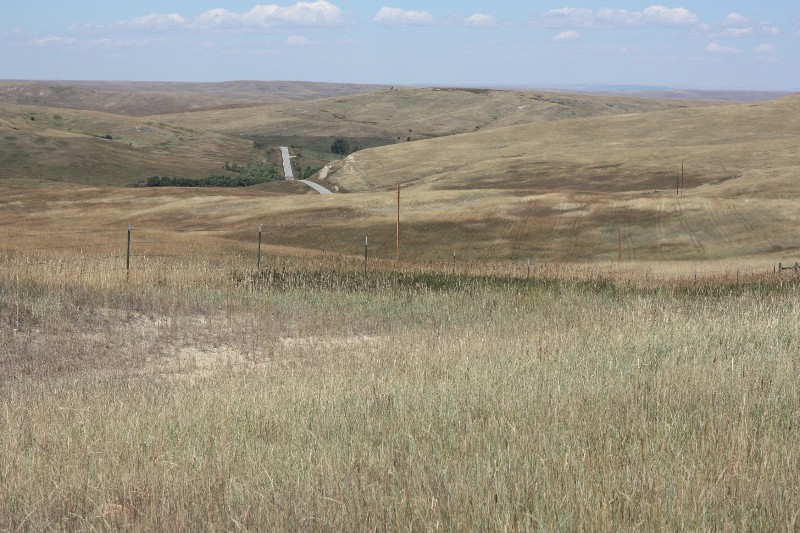 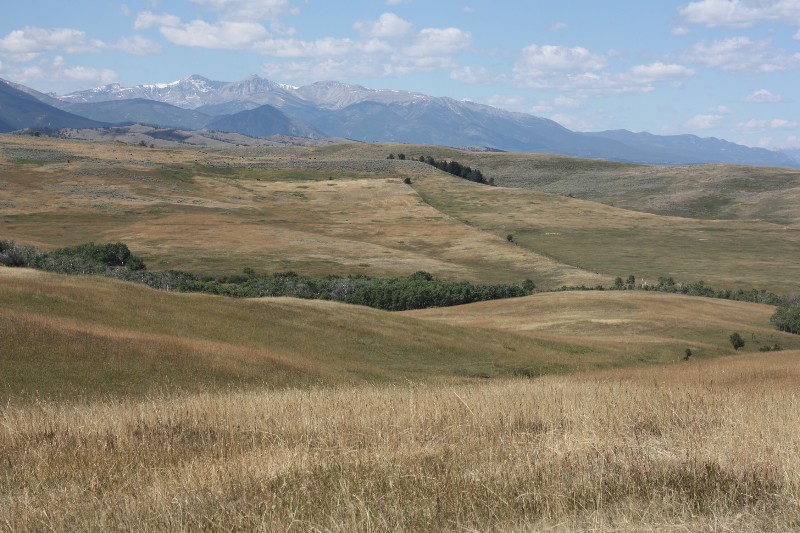 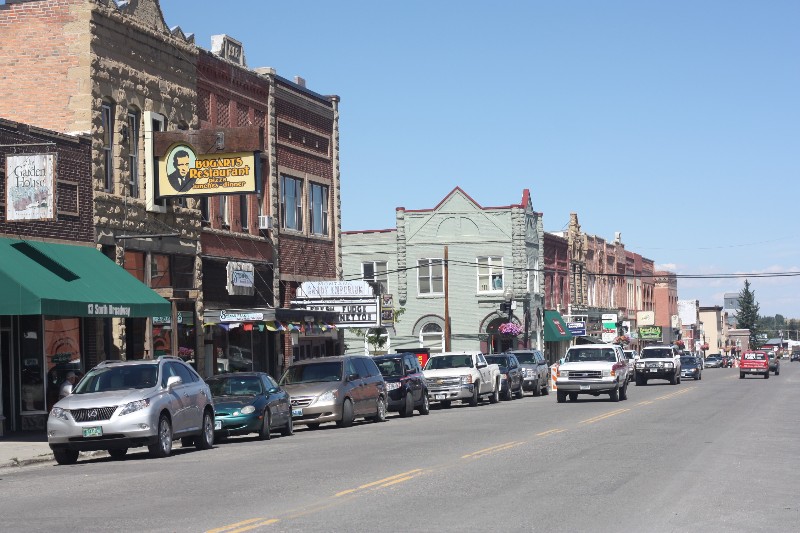 In 1896, Red Lodge had twenty saloons and, as the library records show, riotous and violent living was characteristic of the town...

Foolishly, it touts itself as the gateway to Yellowstone, and almost ignores what lies between it and the Park - the Beartooth Highway, which goes over the Beartooth Pass. Now, we had already gone over the Crowsnest Pass and were left completely underwhelmed, so I did not share my brother's enthusiasm. The road was built in the 1930's to provide access to Yellowstone but, dare I say it, easily outshone anything we saw in the park (and didn't require a $25 entry fee). To get up to the pass, the road climbs nearly 2 kilometres, and the going is not exactly easy. 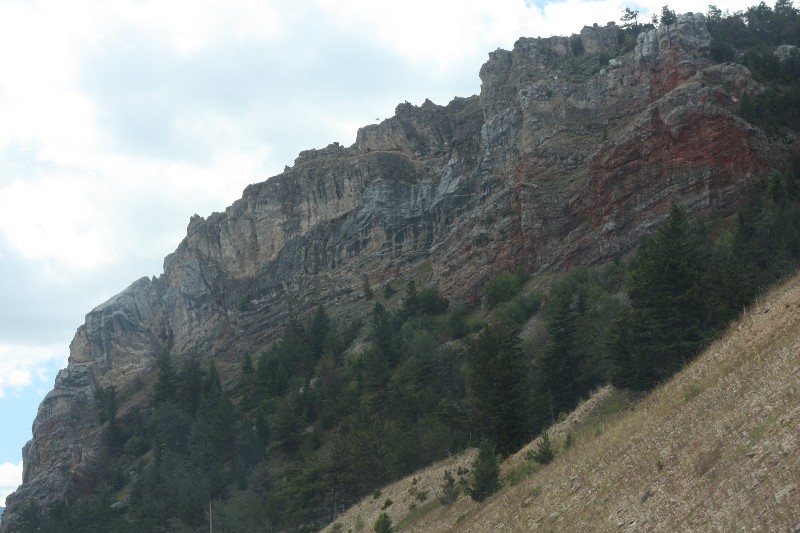 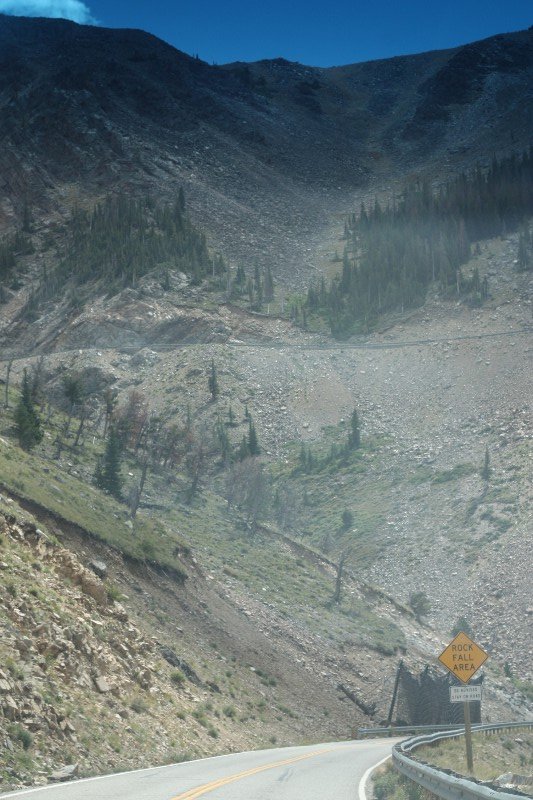 Heading in to Beartooth Pass 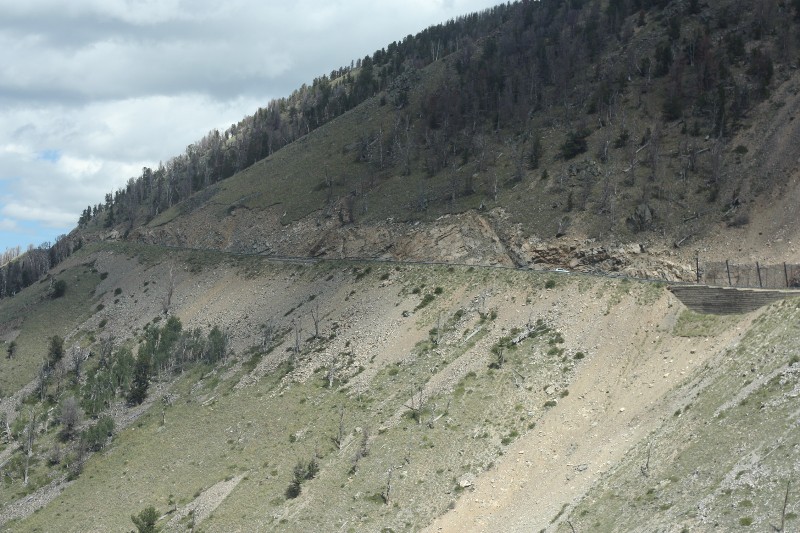 Road ahead to Beartooth Pass 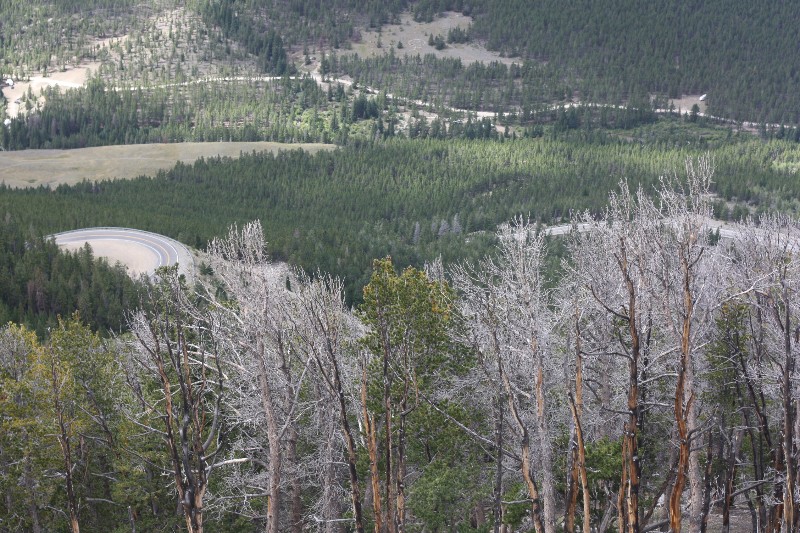 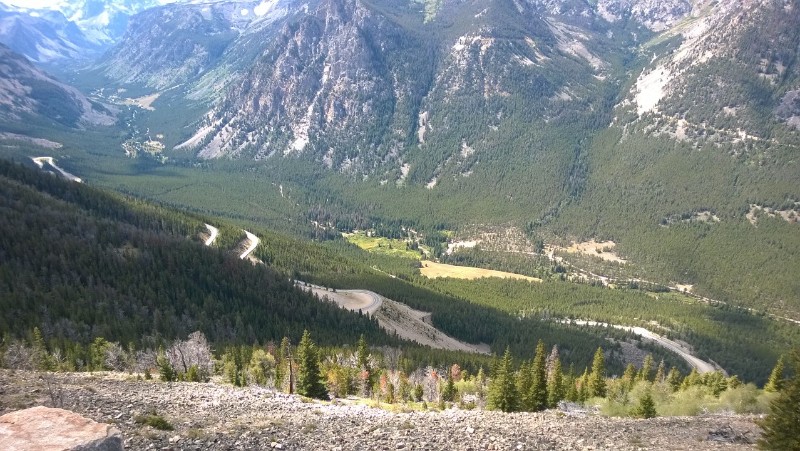 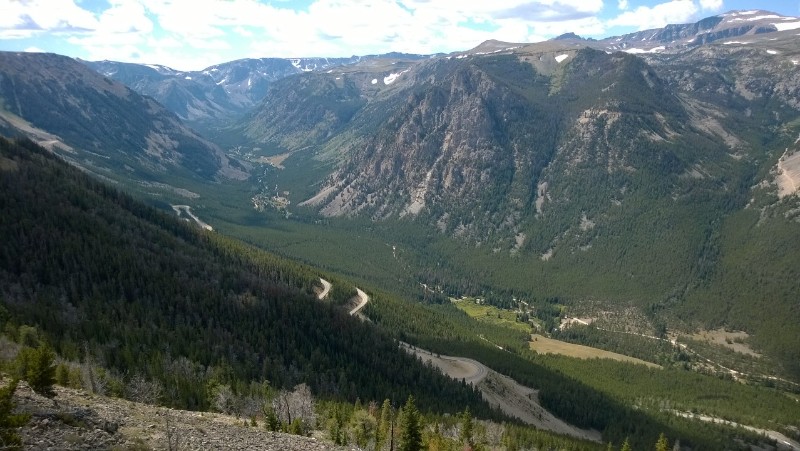 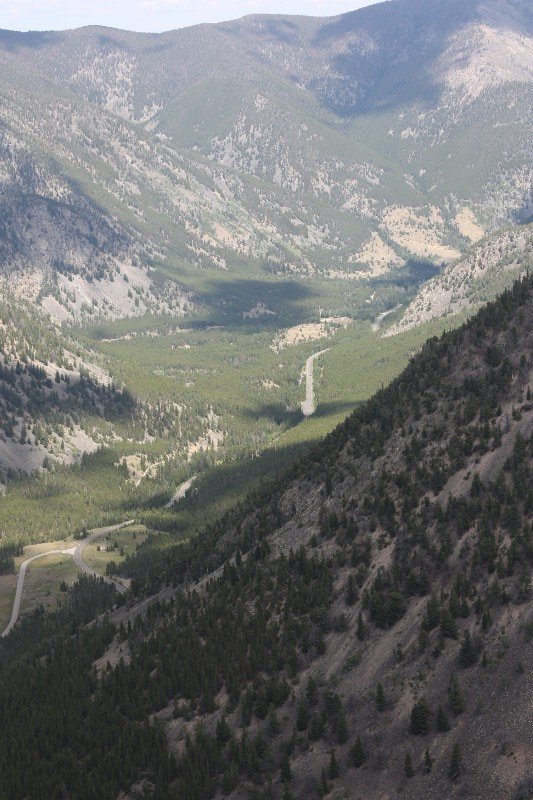 Looking back from Beartooth Pass 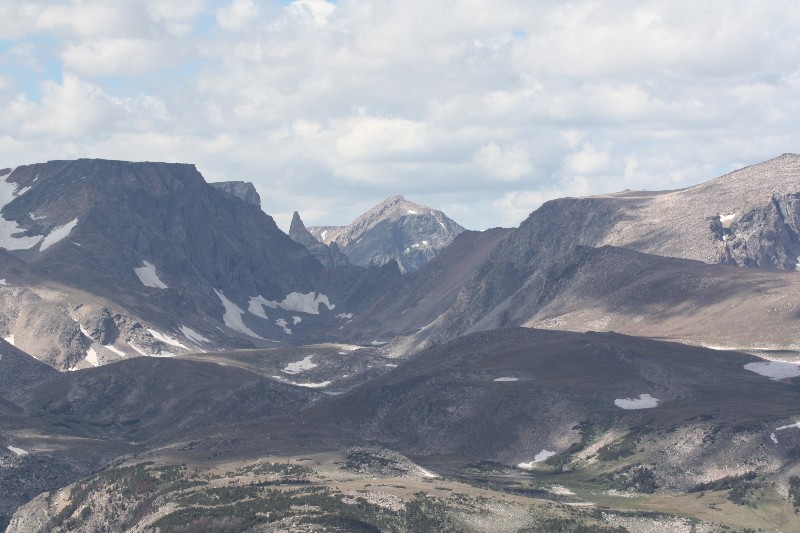 Already you might have some idea why it has been called the most beautiful drive in America. The Pass is 3,337 m (10,947 ft) above sea level - the land flattens out to form a plateau, and then gets wildly beautiful. 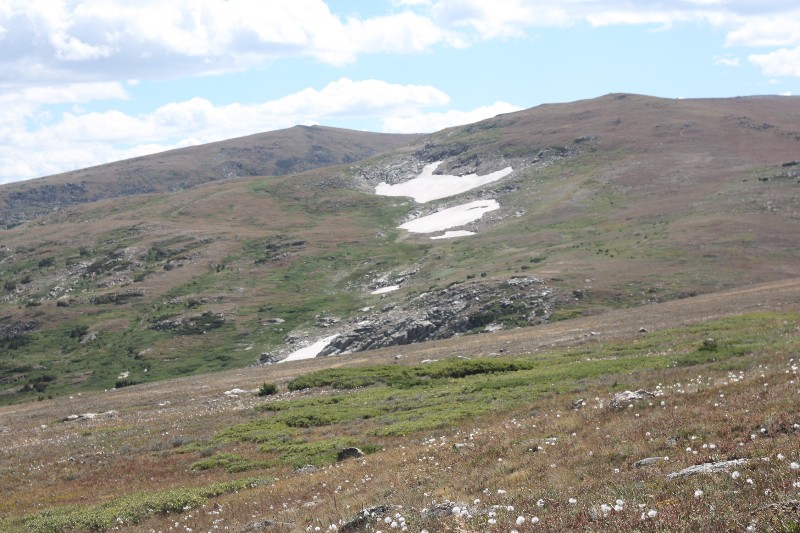 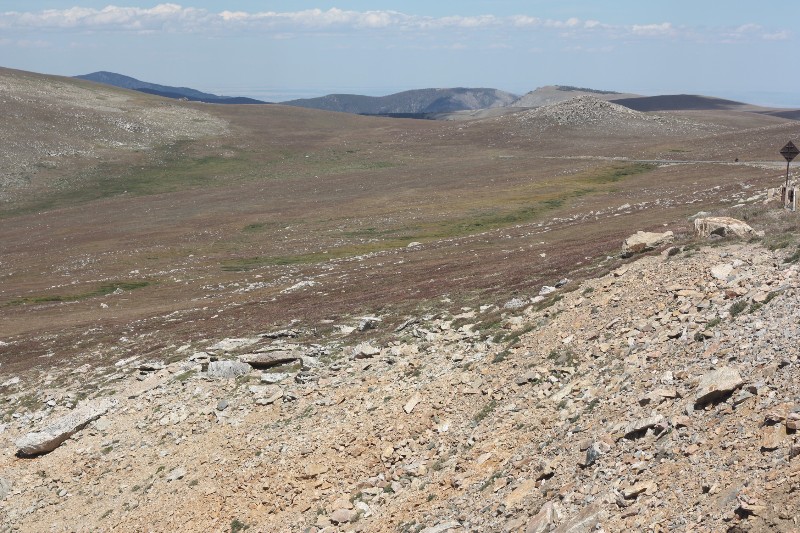 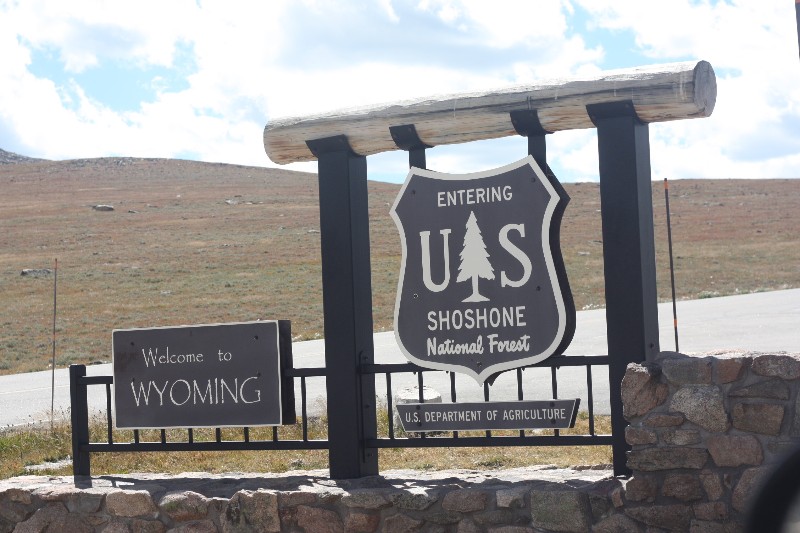 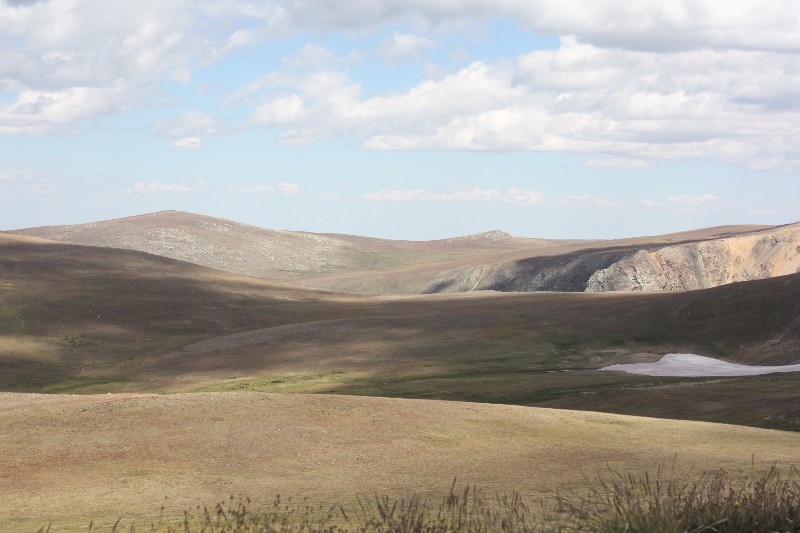 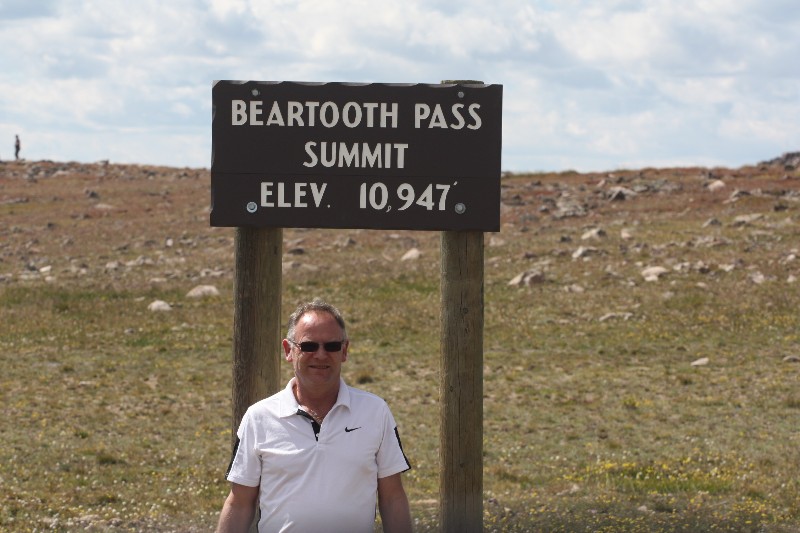 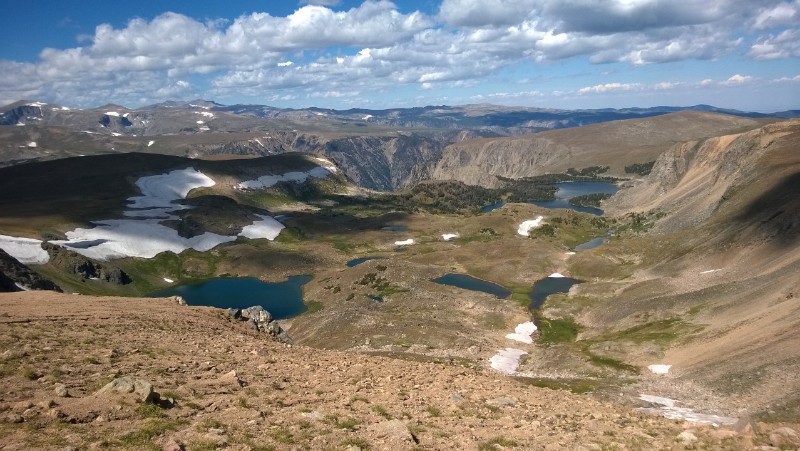 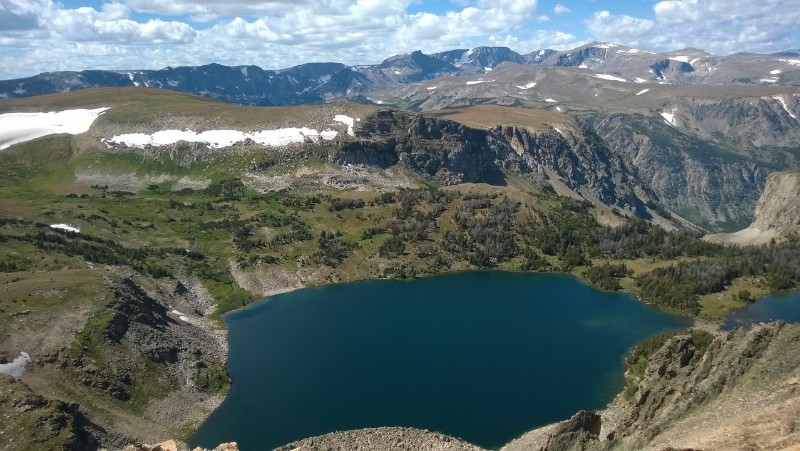 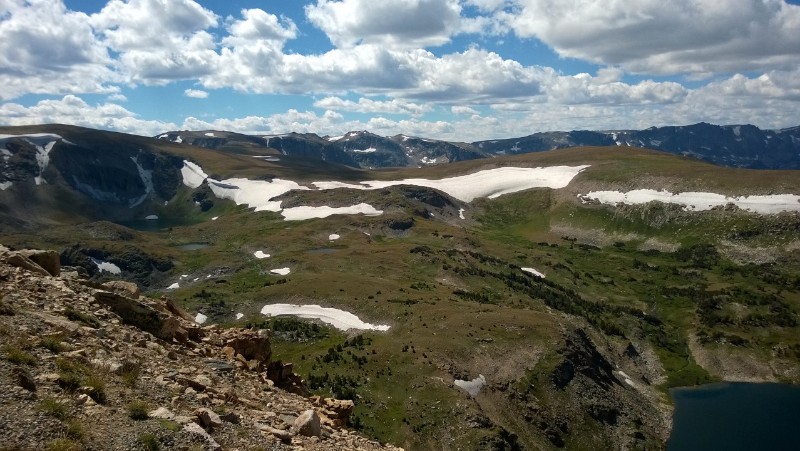 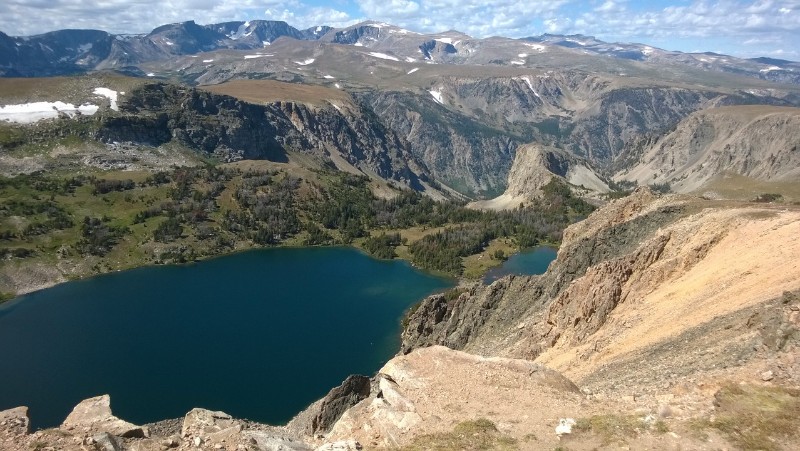 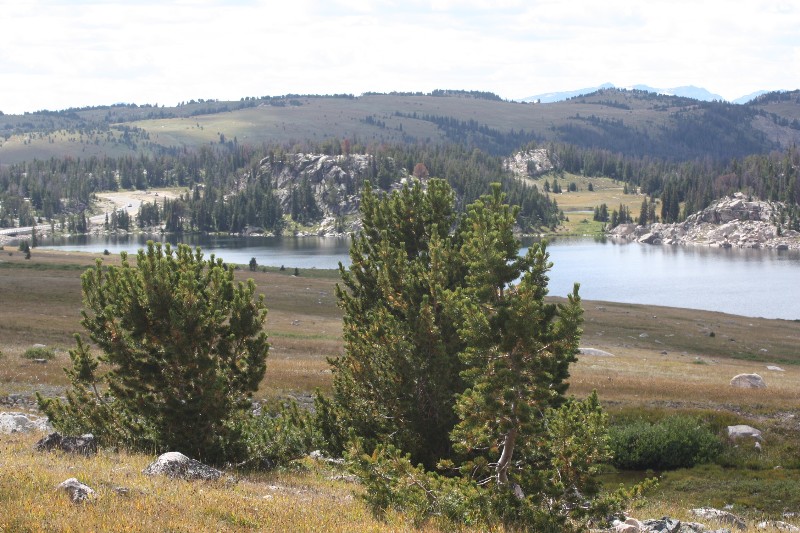 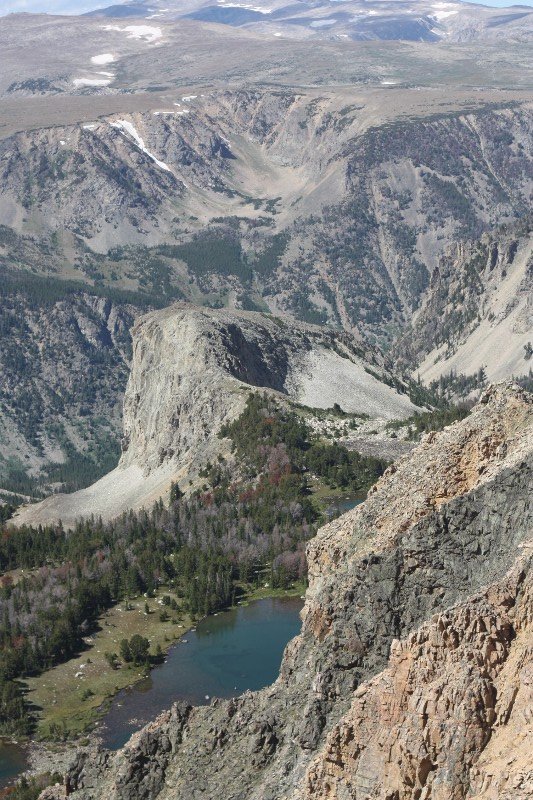 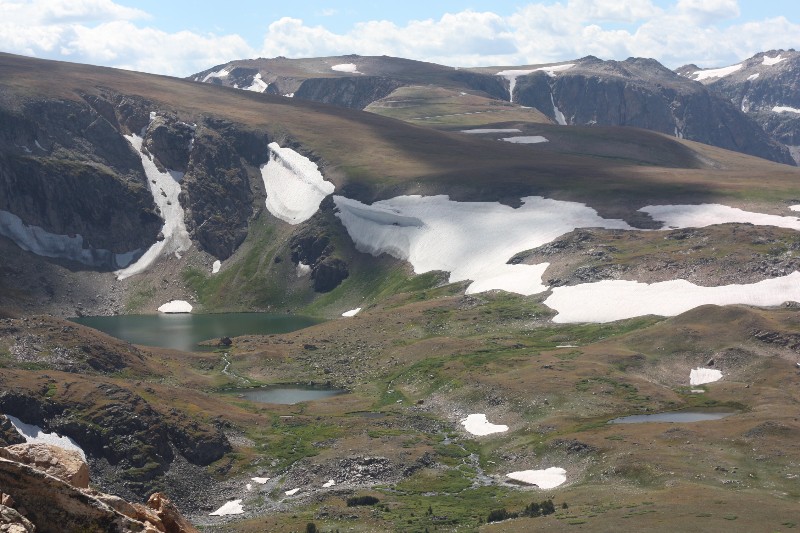 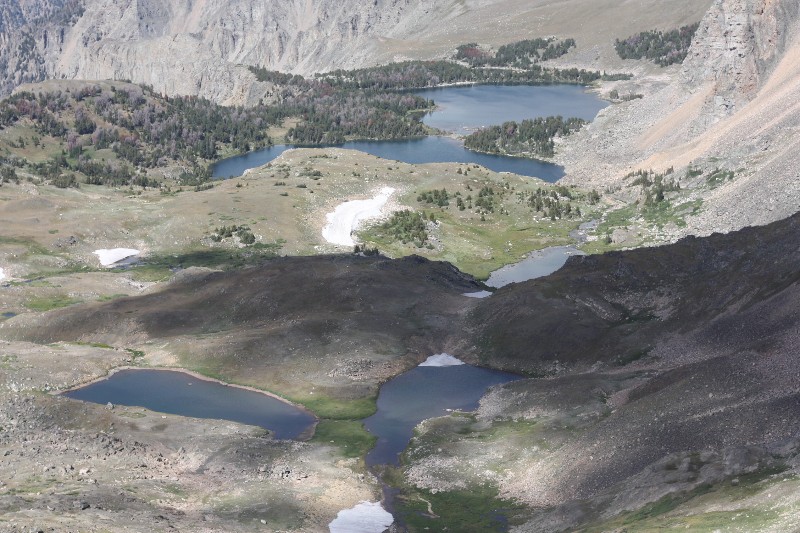 Heading down the other side was a little bit anti-climactic, although the Crazy Creek Falls were worth a stop and wander around, and then the land flattened out. 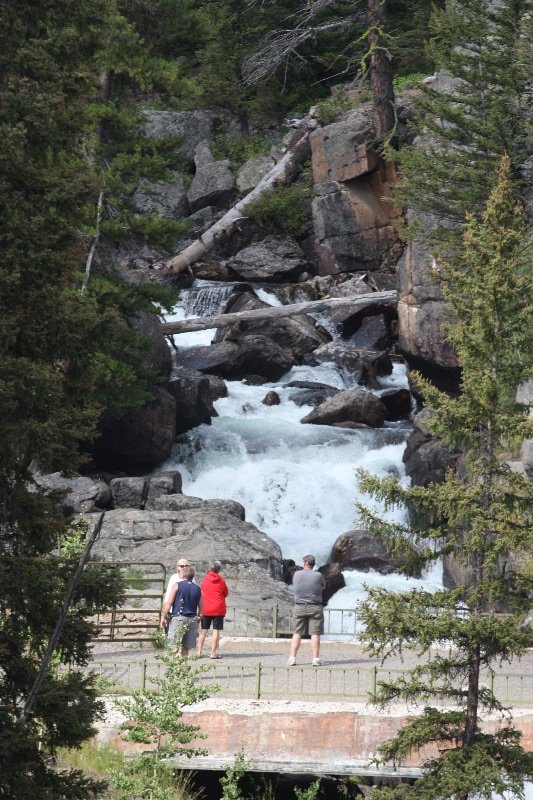 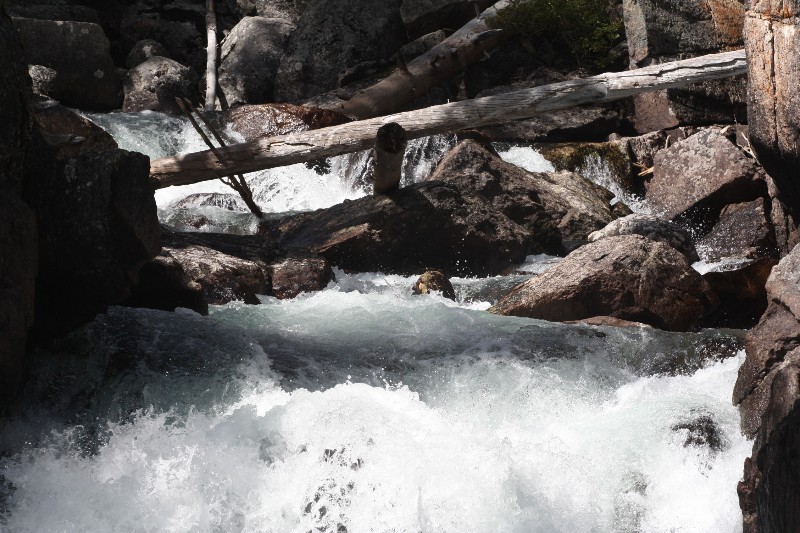 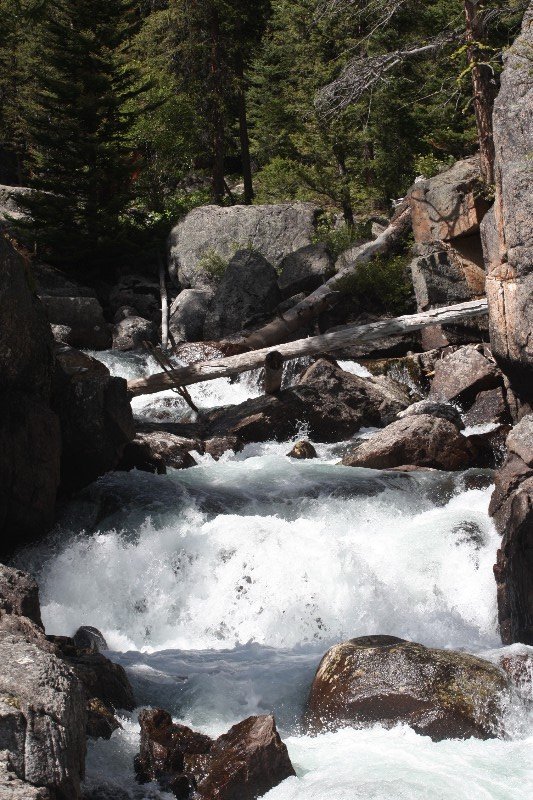 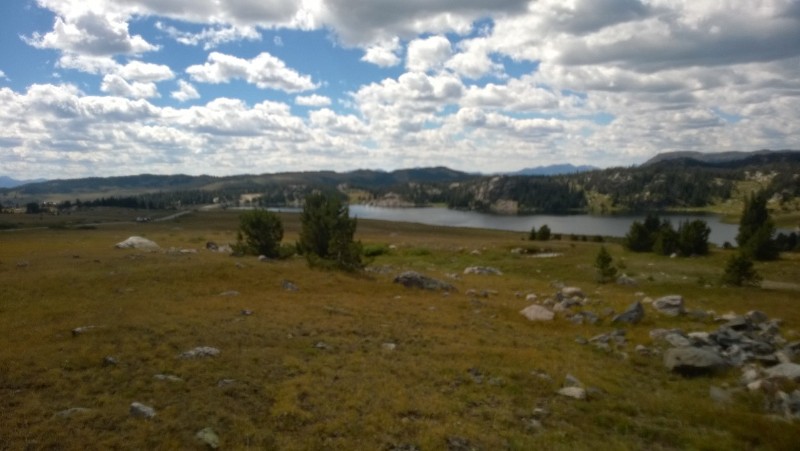 Cooke City is at the other end of the Beartooth Highway - the day was running out rapidly, so the sensible thing would have been to stay there for the night, and carry on though Yellowstone the next day. Again, Cooke City hadn't really shown up in my researches, so I had booked a hotel the other side of the park, so we pressed on.

Posted by NZBarry 20:53 Archived in USA