Yellowstone is iconic, probably the most famous of all the American National Parks. It was also the furthest point on our journey. This made it more than a little ridiculous that we didn't actually enter the park until 4:00 in the afternoon, and had less than five hours of daylight - although it was only a 50 mile drive from top to bottom, there was stuff to see and of course we had to make the occasional detour. We saw some good stuff, but it was a rush and I would have liked the chance to see the Mammoth Hot Springs Terraces (photos taken from the park website): 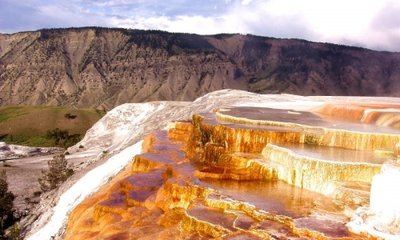 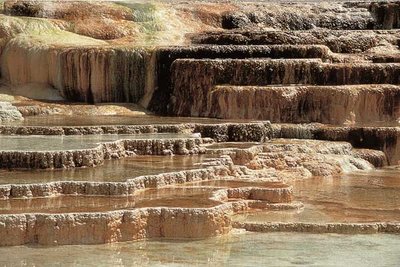 We were wondering of we would see any wildlife at all - the woman in the Visitor Centre at Cooke City had made us feel hopeful, but we had gone quite a way into the park before we saw this fellow 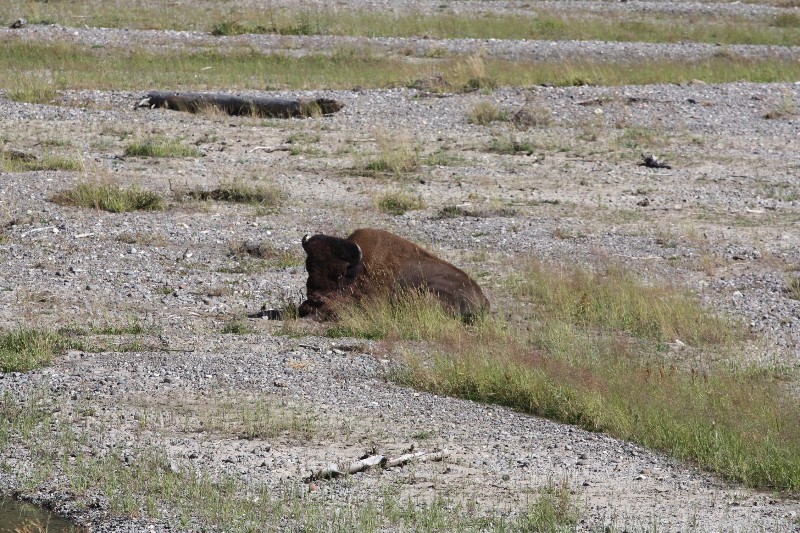 We screeched to a halt and ran across to get a better look - he was kind enough to get up and have a bit of a look at us, he may have even pawed the ground a bit, but he wasn't much of a threat, being lame and across a small river - another bloke who had seen us stop and followed us in seemed a bit apprehensive, and stayed a fair way away. 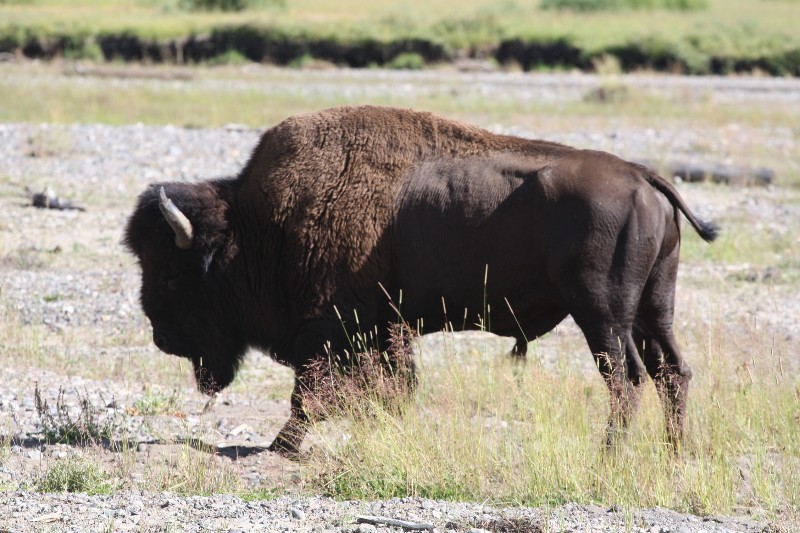 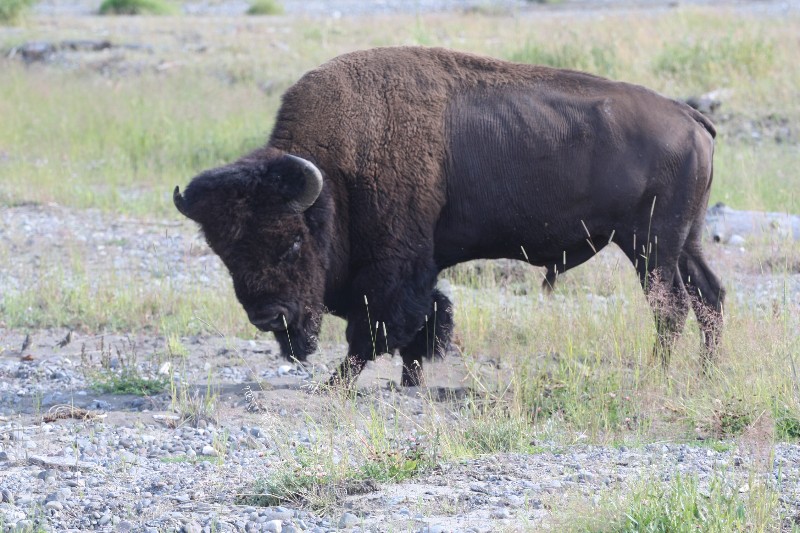 We went on a bit more, and saw a few more 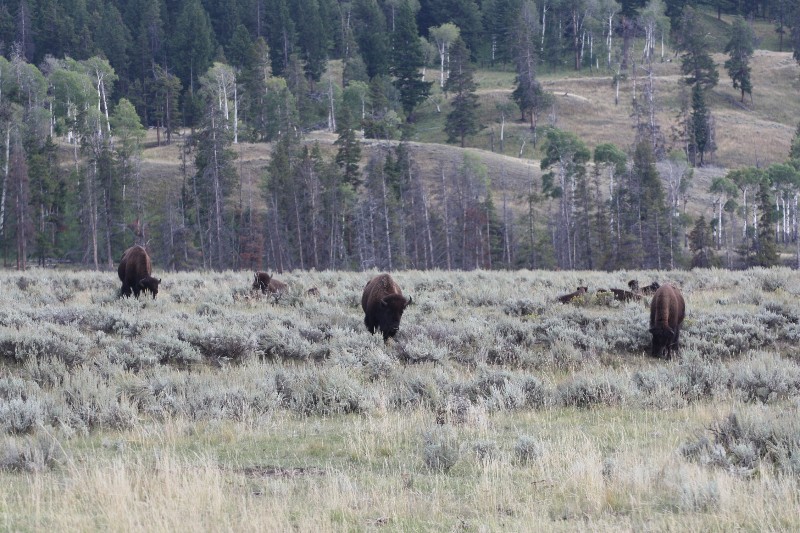 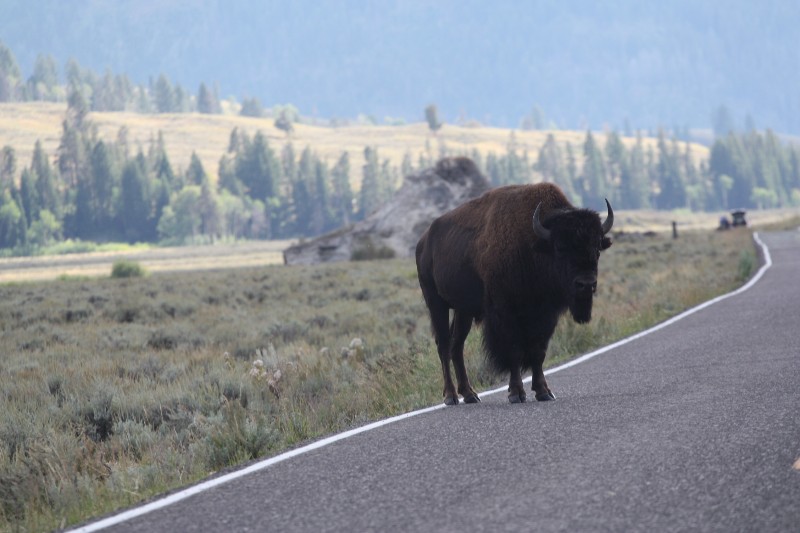 So, yeah, we ended up seeing hundreds, maybe even a thousand bison - they ended up being a bit of a nuisance as they'd clump in the middle of the road and take their own sweet time to leave - not the kind of animals you want to get all shouty with, I suspect. 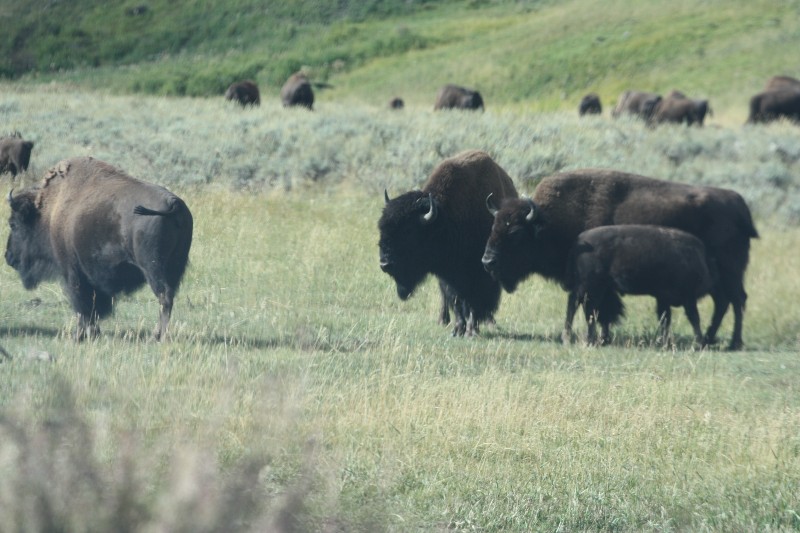 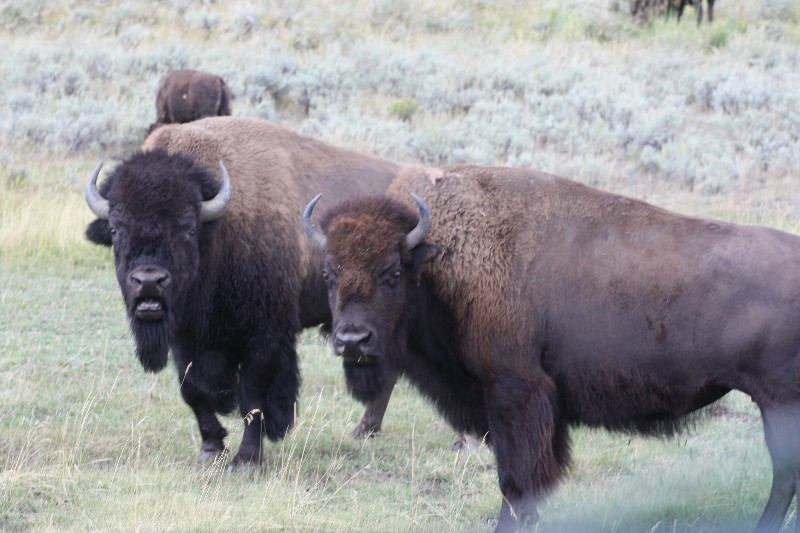 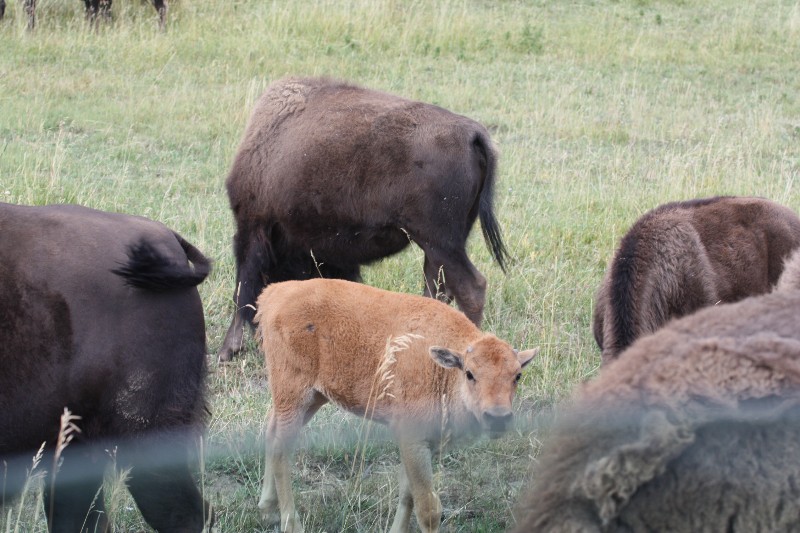 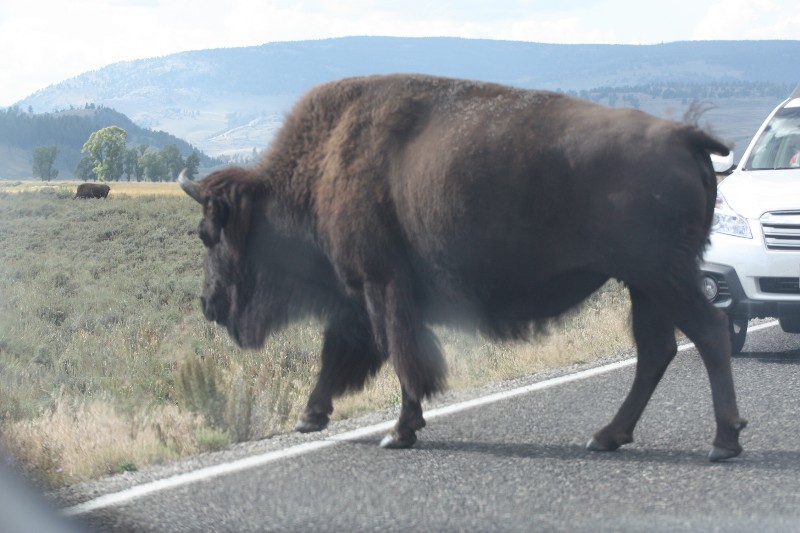 They were actually the only animals we saw. Driving through the park, it wasn't as dramatic as the Beartooth or the Glacier National Park, but it had its moments. For about 20 miles, the Yellowstone River gets all compressed by a large ravine - they call it the Yellowstone Grand Canyon. A lot of work has been done to put boardwalks and paths along the top to give people a good view, although we only made the one stop. 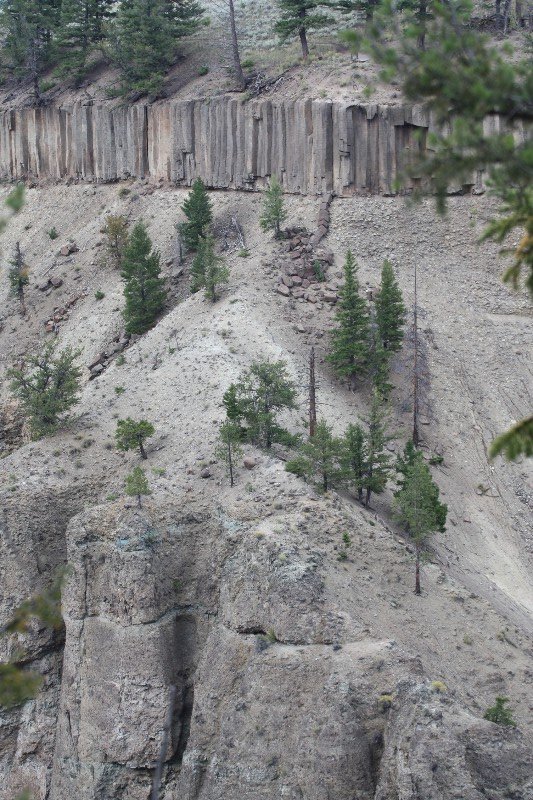 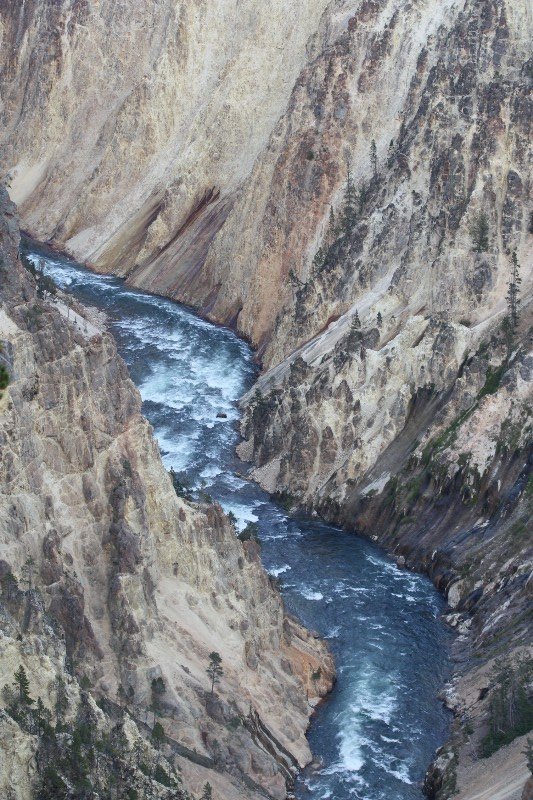 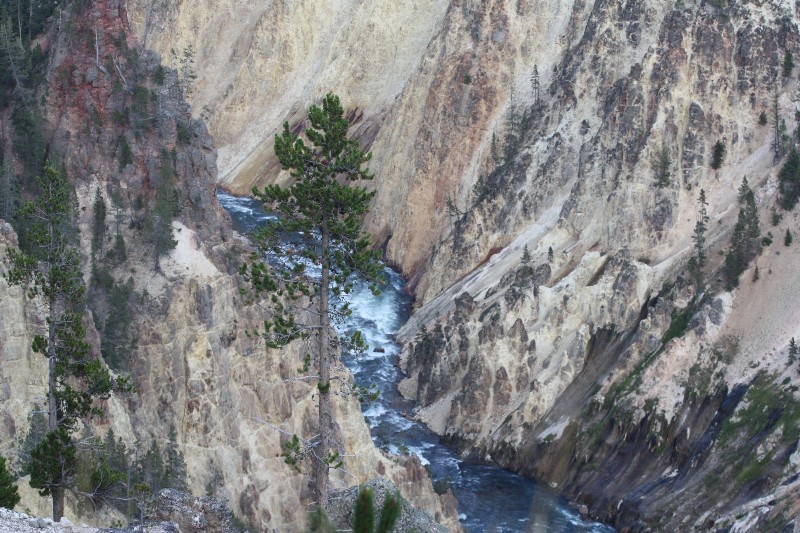 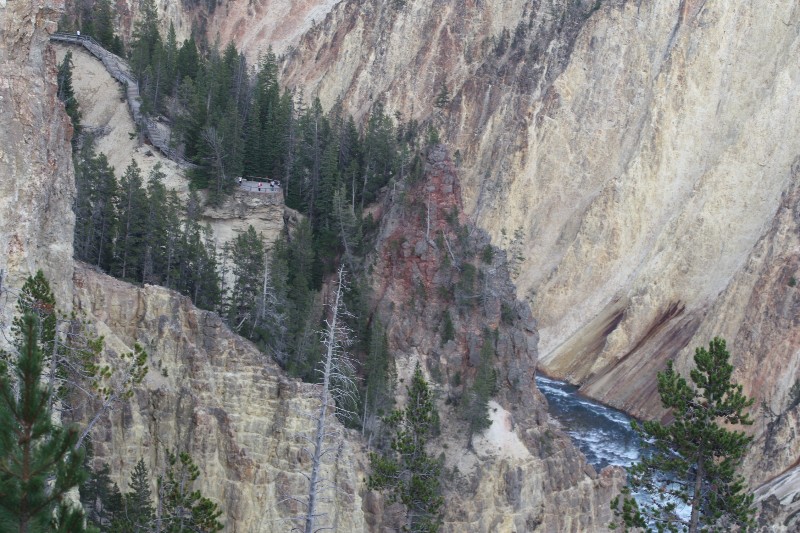 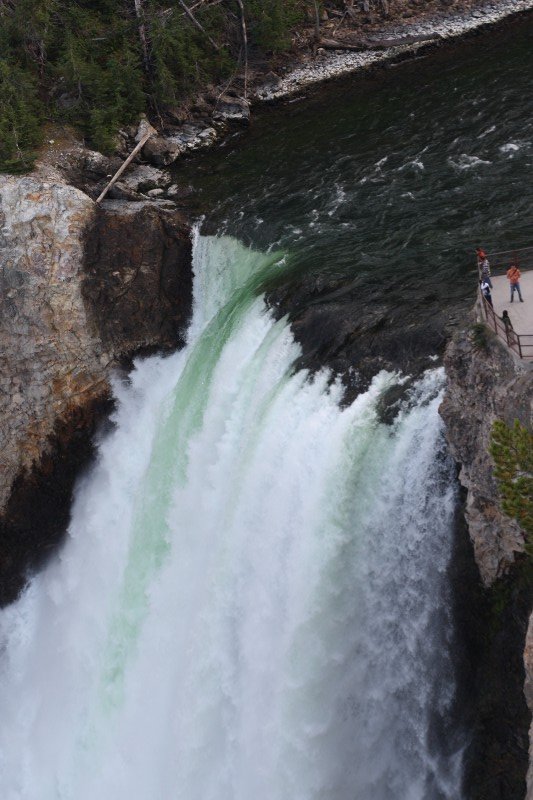 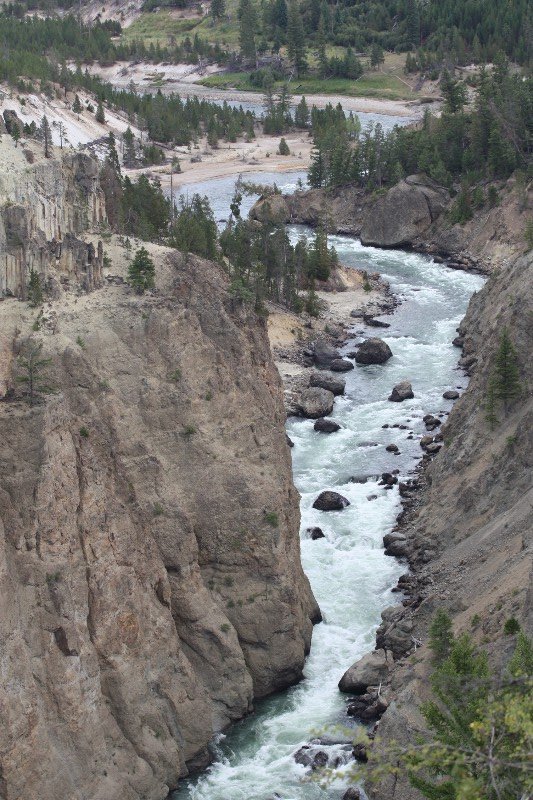 Down the road a bit was Sulfur Cauldron 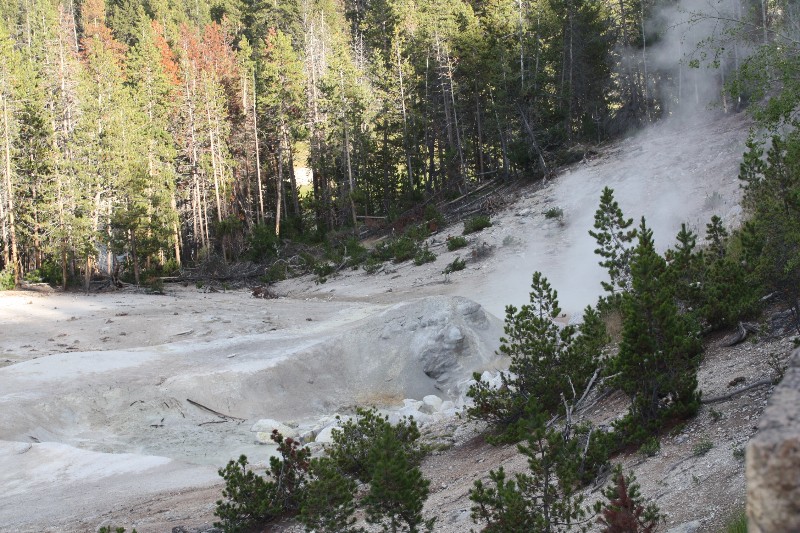 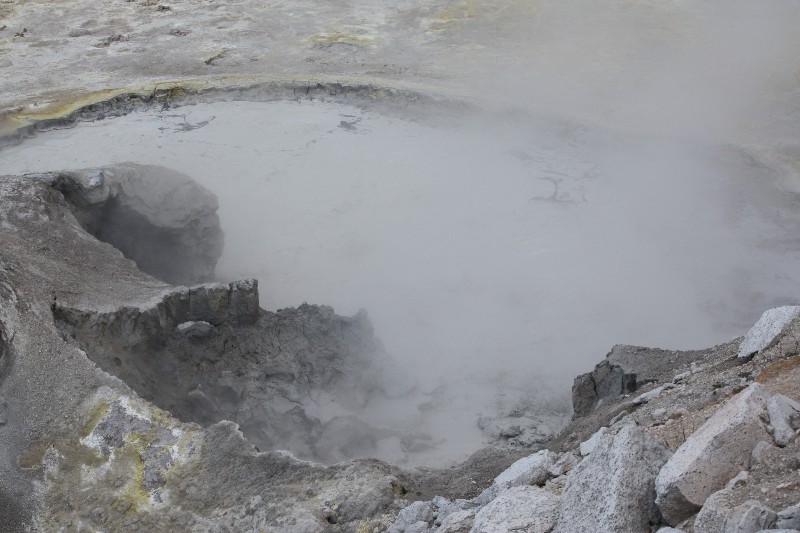 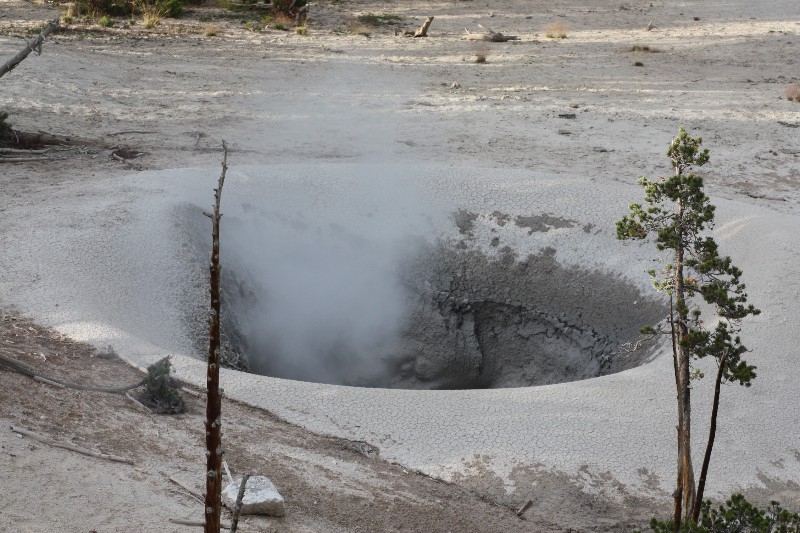 The big event is probably Old Faithful, a geyser which goes off with some regularity even 50 minutes or so. We're pretty sure we saw him in action as we drove in towards him, but by the time we arrived, he'd quietened down a bit. 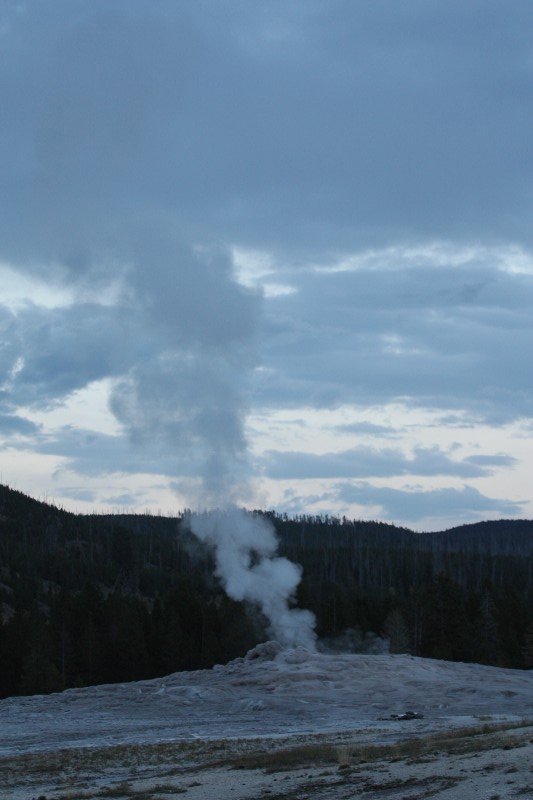 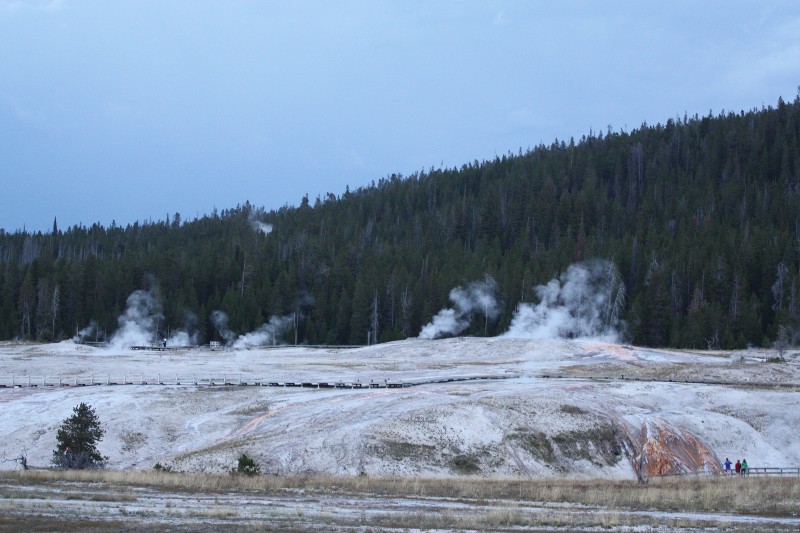 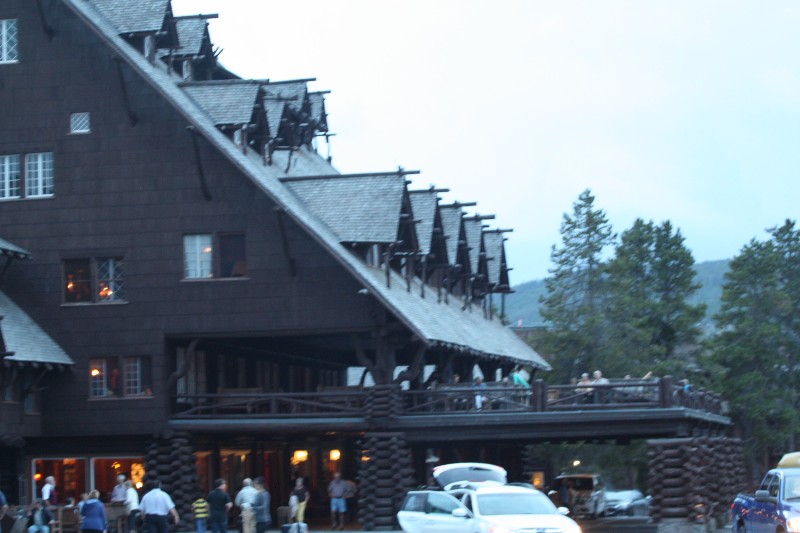 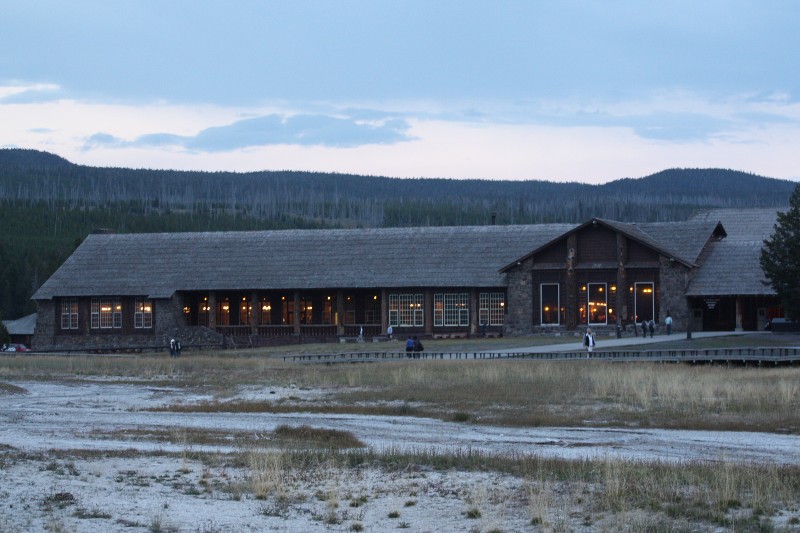 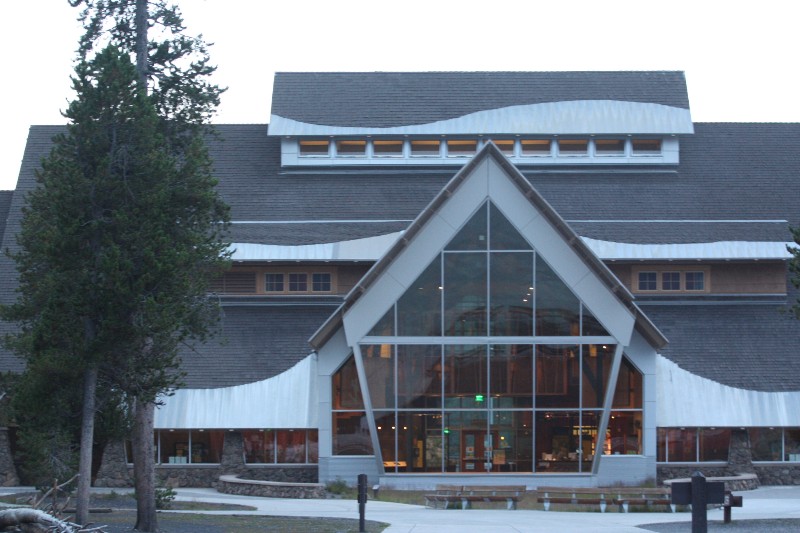 I have to say that the facilities they have built for tourists are really spectacular, more than the park itself. We did dither a bit in the hope we'd see him, tried to get something to eat but everything shut at 8:30 except the Old Faithful Inn, and they wanted us to wait. So we bought some shirts and, because it was so dark, didn't wait for Old Faithful, as we still had a bit of a drive - 100 miles, to be precise. What I didn't know was that as the road went down through the Grand Teton National Park, it was speed restricted (45, maybe 50 miles an hour): after my tangle with the Police a few days ago, I didn't want another, and we did see them with people pulled over. So, after an 8:00 start, I was a wee bit tired when we finally pulled into our hotel in Jackson Wyoming at around 11:30. It is obviously not a town of night owls, as the only place open was a pizza place, Pinky G's. Luckily, the pizza was pretty good, the place had a bit of a buzz so we relaxed over a couple of beers. Its one way to spend my birthday.

Posted by NZBarry 22:02 Archived in USA