Apart from the two tours I took in Stockholm, I didn't actually do very much that could be called organised. I tended to just wander around, so that my trips back from the library could take hours to accomplish - mind you, it was about 5 km away. There was nothing closer - I thought I had found one, went in, sat myself down and was ready to get settled when I found myself escorted from the premises. It was a library, yes, but for "ungdomen" - young people. Somehow they knew I didn't qualify.

In my wanders, I tried hard to get a good picture of Riddarholmen Church, the burial ground of the monarchs. It is the oldest church in town, one of the oldest buildings, although it has not been used as a church with a congregation and masses and the like since 1807. It is huge and is an enclosed space, so the best I could do is a little sacrilegious. I did better with the rather pleasant looking S:ta Maria Magdalena kyrka, which I'd walk past twice a day. 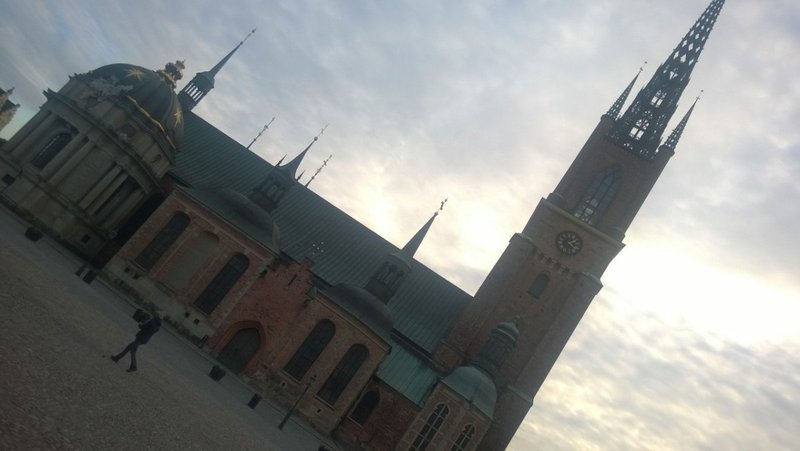 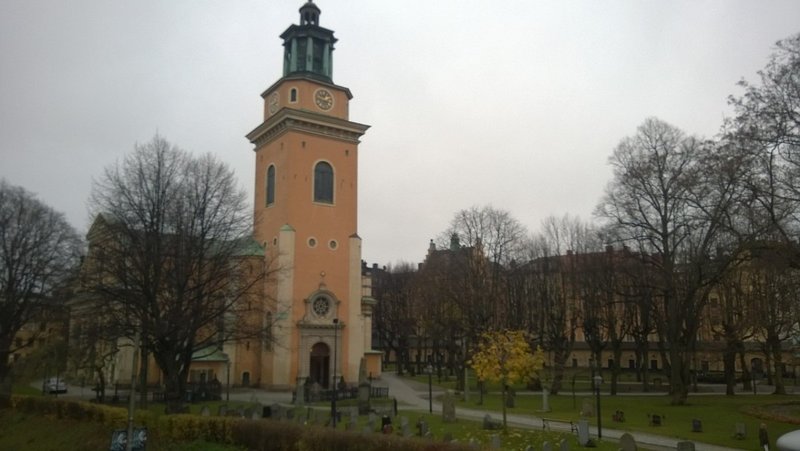 One officially touristic thing I did do was visit Fotografiska, a three storey building devoted to photography. I went in at about 7:00 in the evening and was surprised to find hordes of people - obviously a popular spot. I had two favourite photos, both by the same photographer, which I enjoyed for their sense of whimsy. When I was done with the photos, I went up to the restaurant on the top floor for dinner: didn't really appeal, but I found a band doing sound-check - they sounded so good, I stuck around and ate, late, elsewhere. 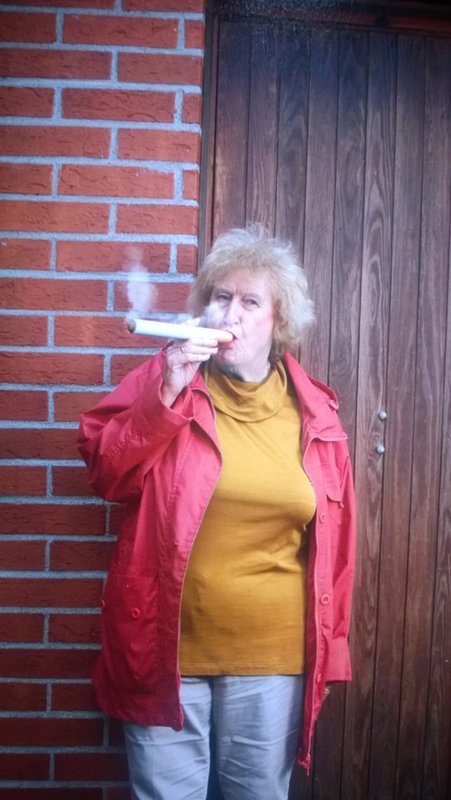 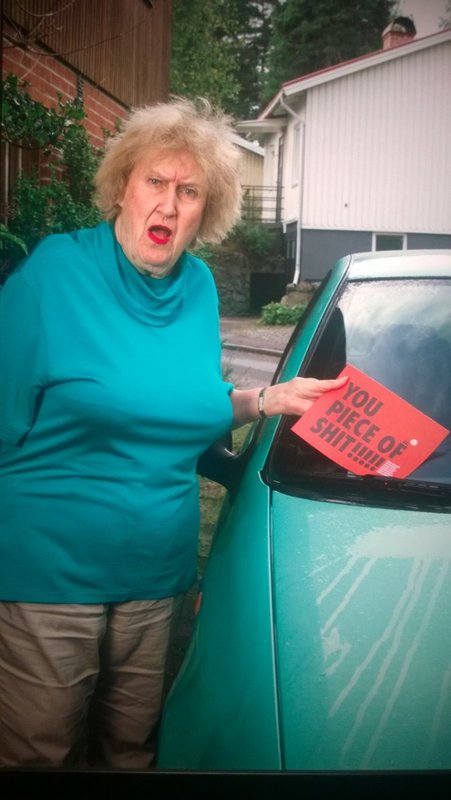 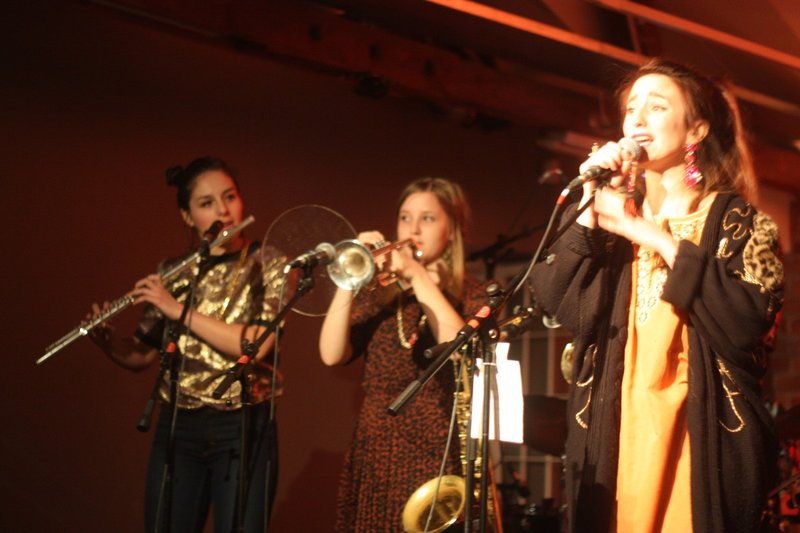 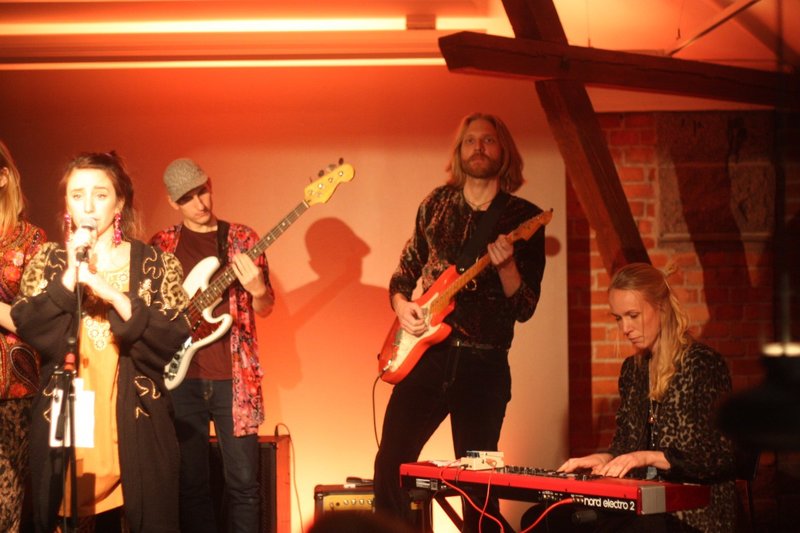 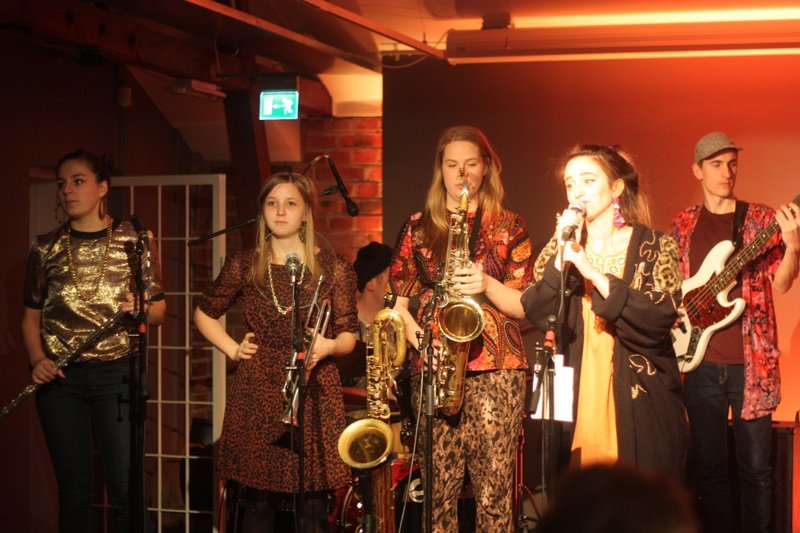 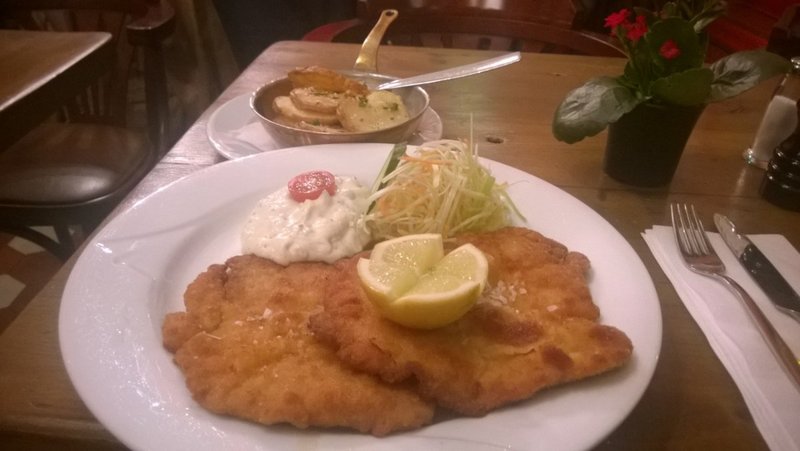 The band was called Nadja Al-Malki, and were delightful - they sang in English, were sort of pop-jazz, very cheerful and fun. As far as I can tell, no-one in the band is actually called Nadja Al-Malki. I have found a couple of videos, but they are collages rather than performances of a single song

From various vantage points on Södermalm, there were good views of the Old City, which was to the north with a hint of east, and then further east the harbour opened up a little. The big brick building in the fourth photo is the town hall - it is where they hold the Nobel banquet and apparently is very flash inside. I haven't found confirmation, but I was told that the tower was a bit of an after-thought, added to ensure that the Stockholm Town Hall is taller than the Copenhagen Town Hall. The three Crowns on top probably relate back to the period when Sweden, Norway and Scania (part of Denmark which was pawned to the King of Norway) were ruled as one. 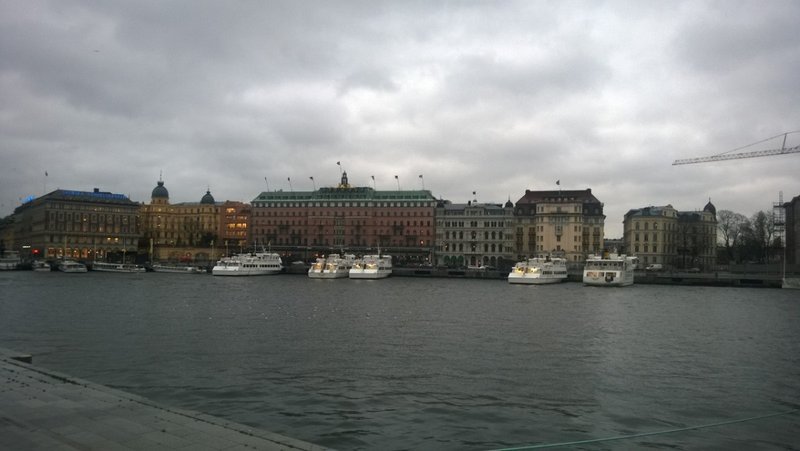 Looking in to Old Town 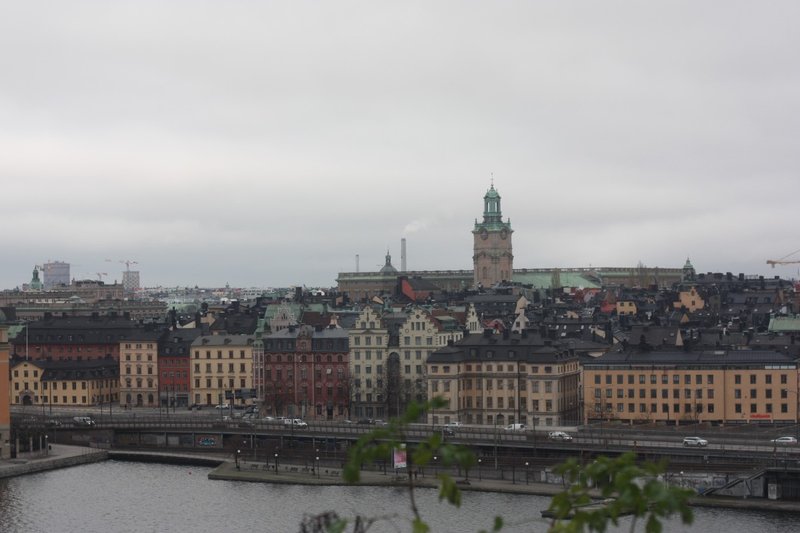 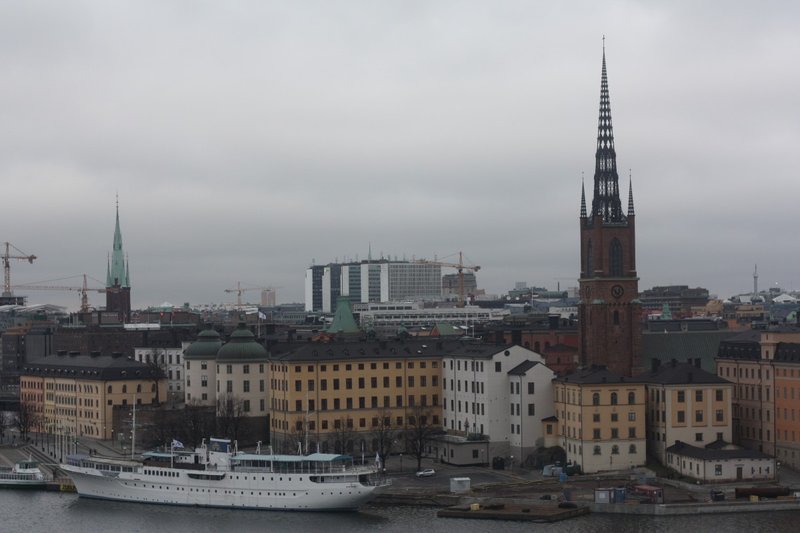 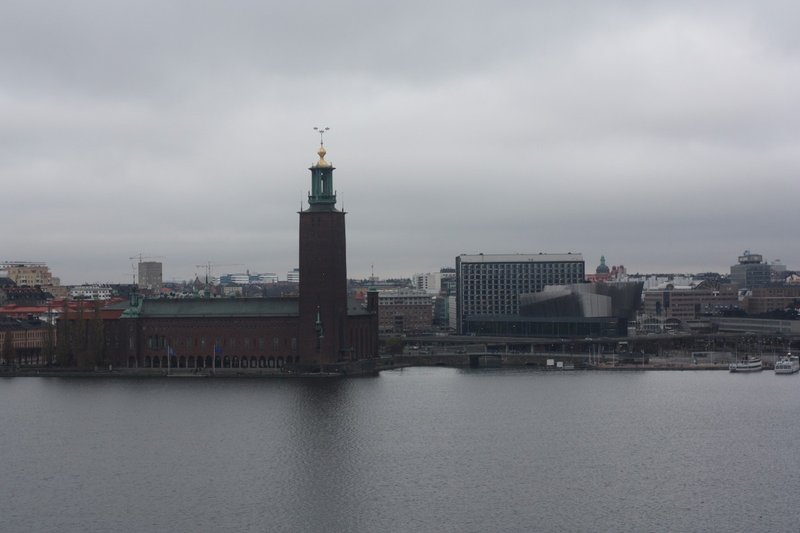 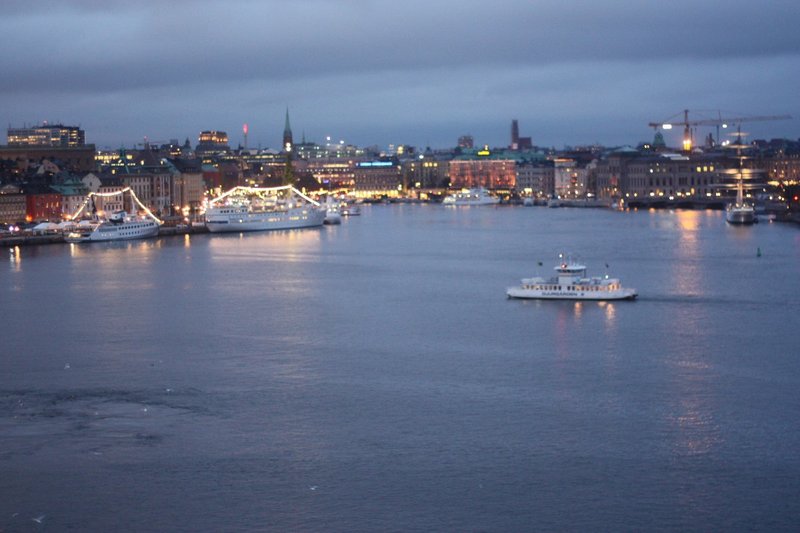 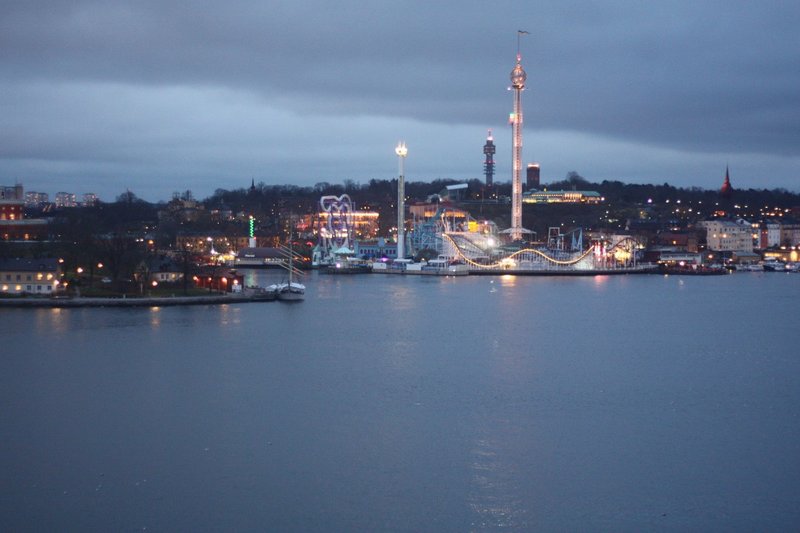 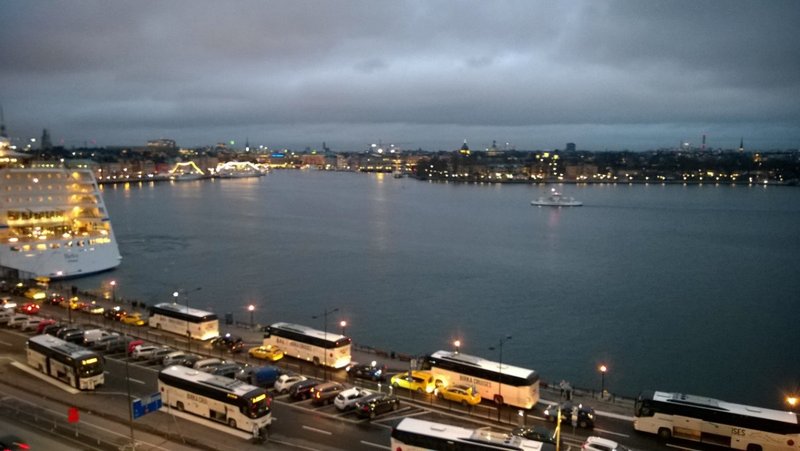 As always, I have a couple of photos of buildings I like, but have either failed to identify them or can't remember what they are. 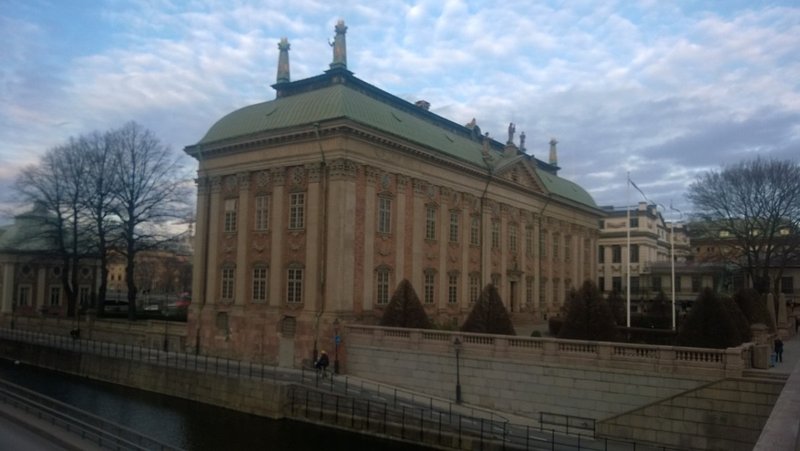 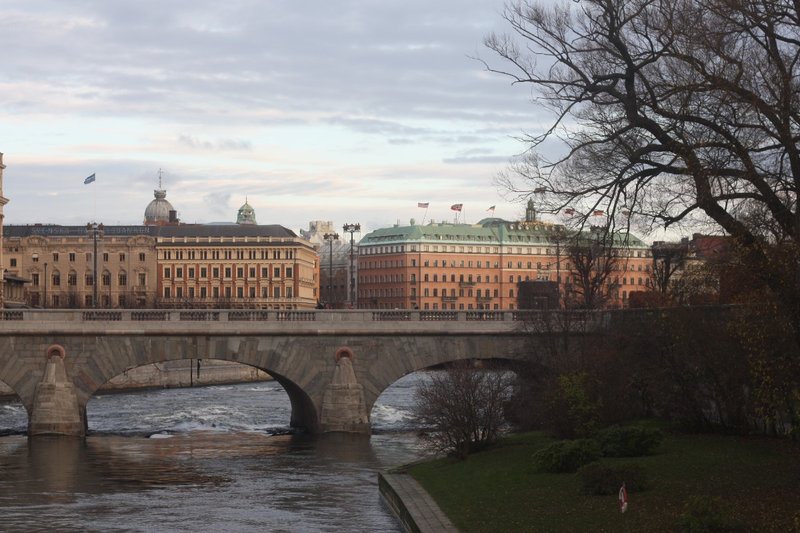 
I do know what the building is in these last photos - the Stockholm Public Library. I had intended to go to the State Library of Sweden, because state libraries tend to be rather grand, but in Sweden, they seem to have put the books in the wrong building - the State library is a grotty little thing, so I didn't even go in. The only problem I found with the public library was that the acoustics in the reading room are fantastic, so when they put in a fellow to perform some sort of half-spoken, half sung play-poem-song, it was a brilliant place for him and his audience but not so great for people using the library. 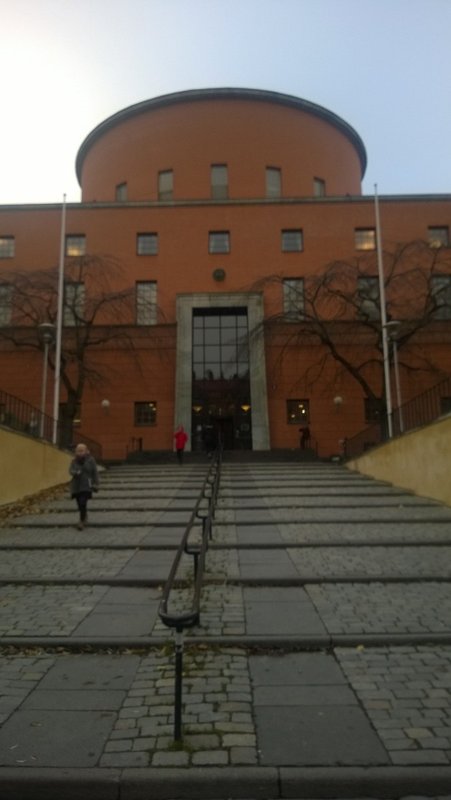 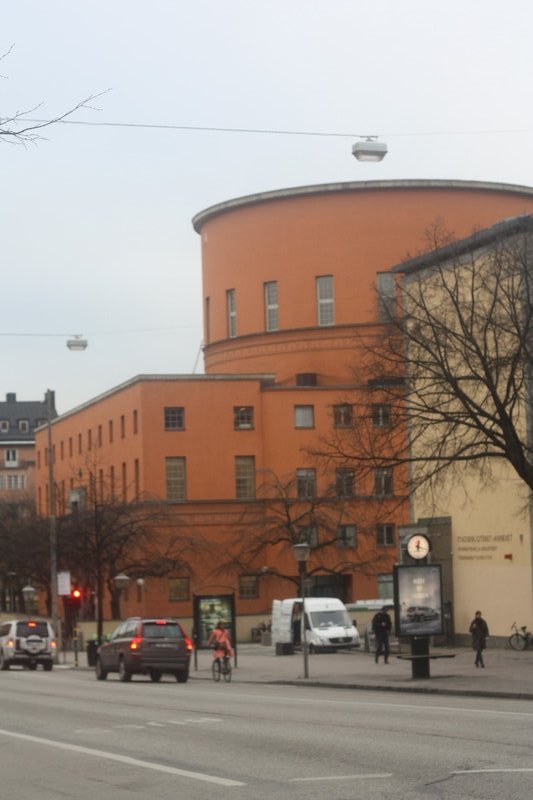 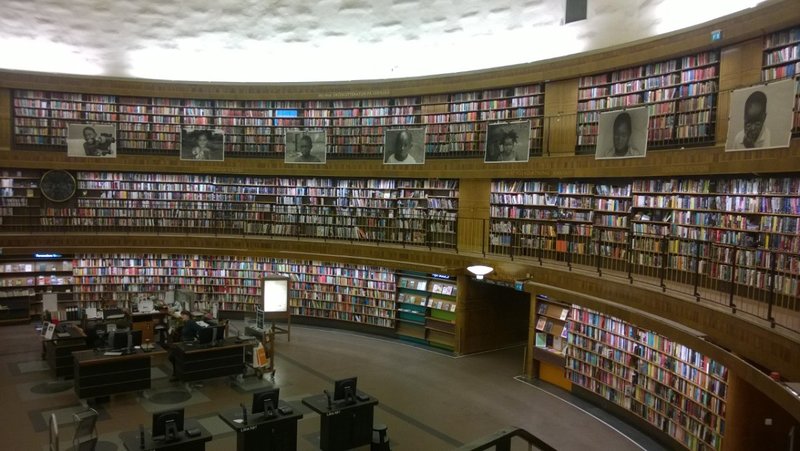 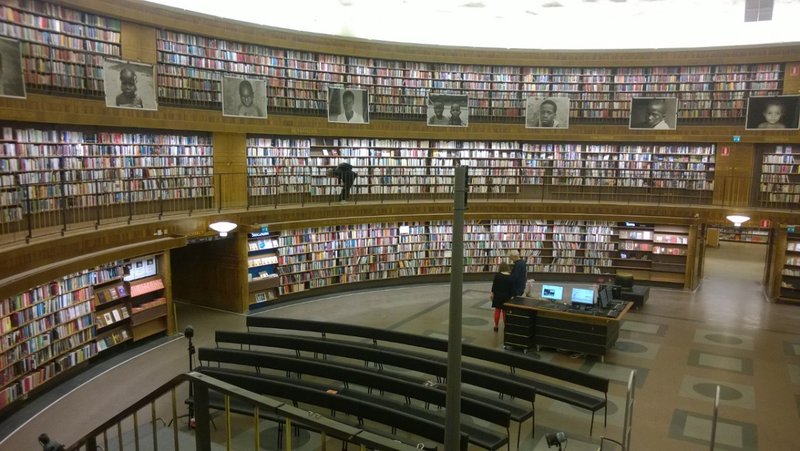 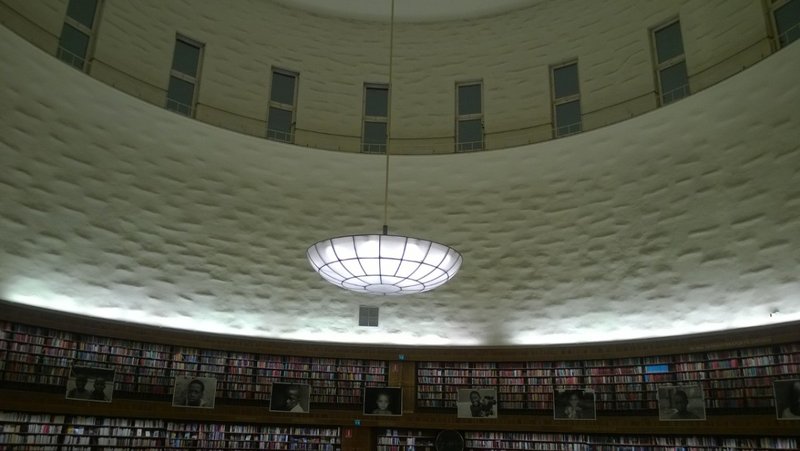 Posted by NZBarry 16:10 Archived in Sweden