Gothenburg - Not Gothic but Volvo Central

I really knew very little about Gothenburg, just had ideas about gloomy, stone, spikey people, no I meant churches, well maybe people as well, and that my train was going through. I hopped off for a five night stop, and it is a great city - helped by the fact that, curiously enough, the sun was out most of the time I was there. I did see one shop which sold goth-related gear and there was a club which had a goth night, but that was about it. I saw lots of record shops (i.e. selling actual vinyl records), but they were more likely to sell Neil Sedaka or coffee and cake than Fields of the Nephilim. The churches were largely cheerful brick buildings. Not far from where I was staying, in a former jail now hostel, the Rover pub made me very happy - 32 beers on tap, the ones I had (including an IPA from famous Danish brewer Mikkeller) were fantastic.

I also had one of the best meals of my trip while I was in Gothenburg - I'd noticed a restaurant (Rustica) with a daily special of beef bourguignon and thought that would be nice. What I didn't know was that instead of cutting the fat out of the beef or even cutting it up, they just cooked it very slowly as one large chunk: delicious. One table of fellow diners intrigued me. For a start, they didn't dine - one of the three fellows nibbled at the hard bread put free on the table, on one of his rare pauses from talking. He looked like he was lecturing - very intense, gesturing, deliberate. Another fellow, green jersey matched with horribly bright orange trousers, took notes. The third fellow, very natty, complete with bow-tie, questioned. When the note-taking one took a break, the other two went for their smart-phones, every so often sharing screen with the other. Maybe it was a job interview, maybe an oral examination or maybe they just had an odd way to socialise.

My big touristic endeavour was to go up to the Volvo factory. Way back when Volvos were big, chunky, square cars, I really wanted one but they evolved and even with my eccentric approach to car purchases think that the old ones are getting a bit long in the tooth to be a sensible acquisition. I had actually hoped to go on quite a special tour of Gothenburg: a fellow has a small fleet of Volvos from the 1950's, and lets people drive them in a bit of a convoy, but he'd stopped for the season. So going up to the factory was the next best thing - it took a couple of buses to get there, 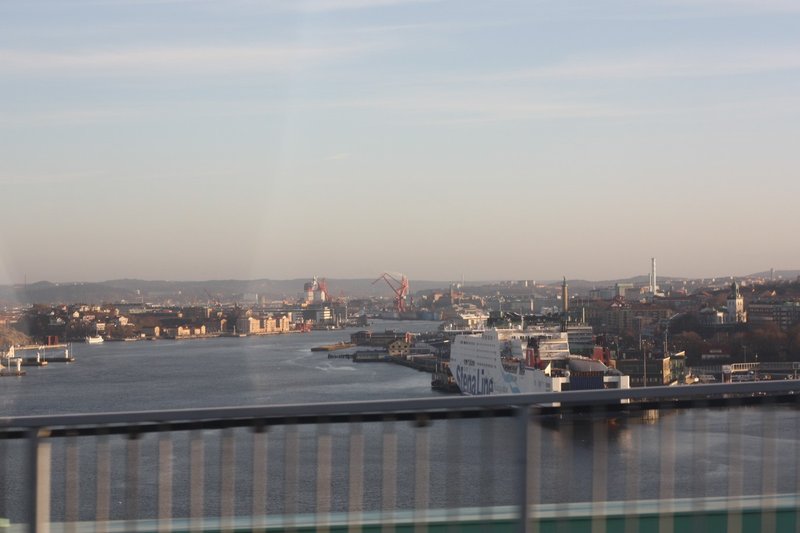 the second one went right in to the depths of the site, past all sorts of buildings- a bit like a really big, industrial looking university campus.
There wasn't actually a tour inside the factory to see the cars being made (which would be cool), just a museum showing off the company history. It started out as a bearing manufacturer, SKF, which is still going - Volvo was the name of one of their products. At the start, it was a two man (Larson and Gabrielsson) company with one desk - they kept this desk the whole time they were together, and would stamp on the floor or bash it with a broomstick to communicate with the workmen down below. 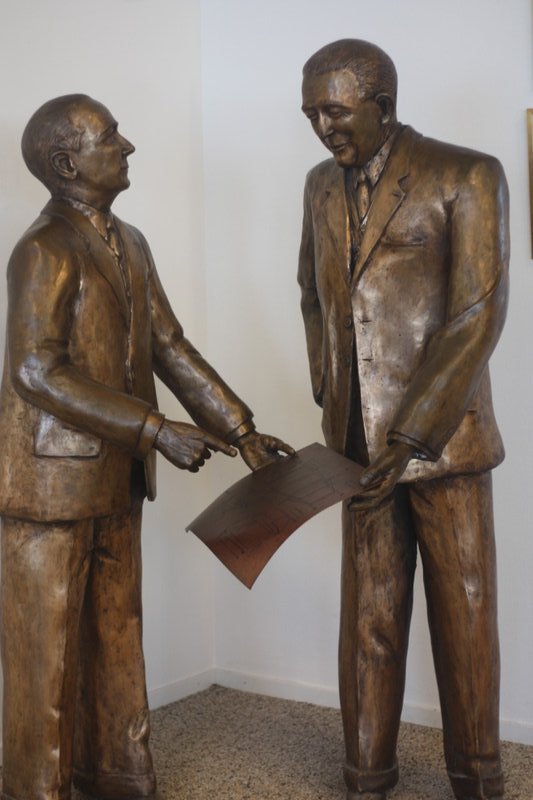 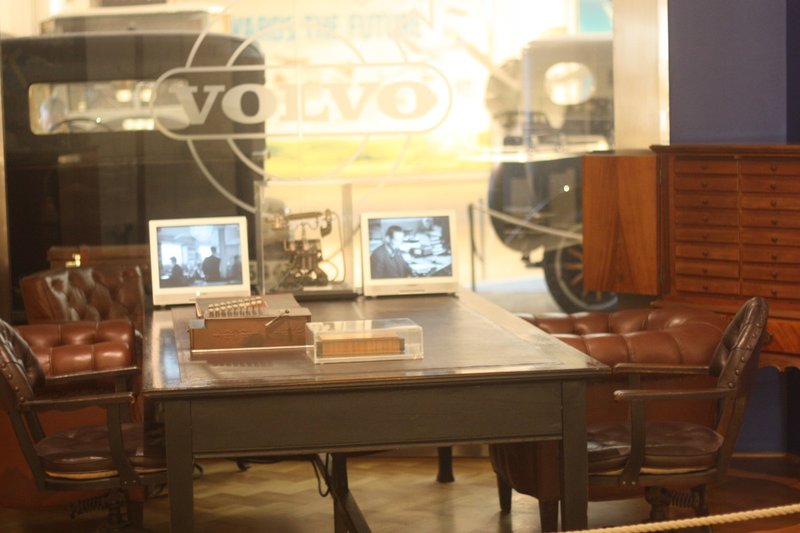 Their first car was a bit of a botch-up: they installed an important part of the gearbox backwards, and that was the direction the car would go. 14 April 1927 was the big day for their first public display - not bad looking for a first effort. Within a year, they had one with a roof, the PV4, and sold 700 of them. Top speed was a credible 55 miles an hour. Then came a 6 cylinder version, the PV651, in 1931, a wee bus and a 7 seater taxi that was "impossible to wear out". 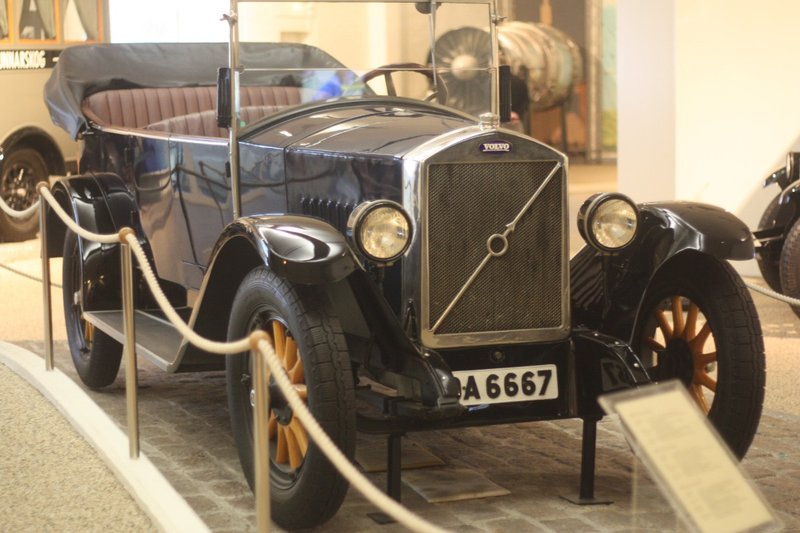 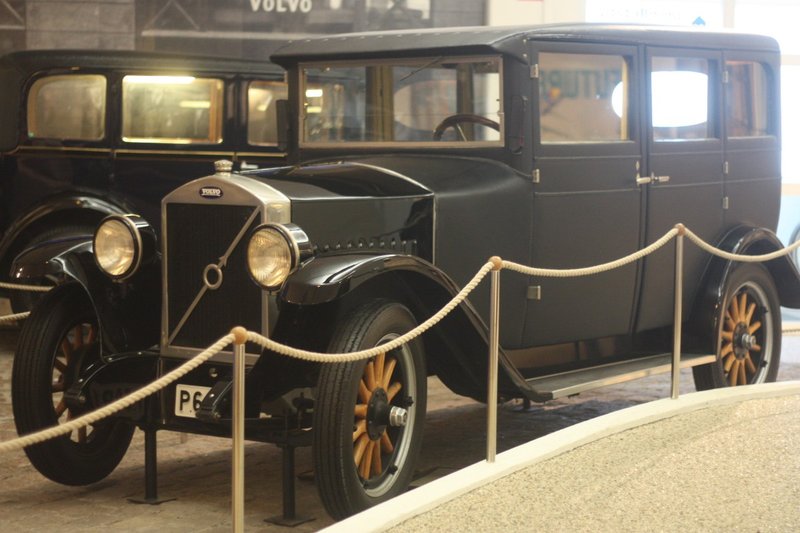 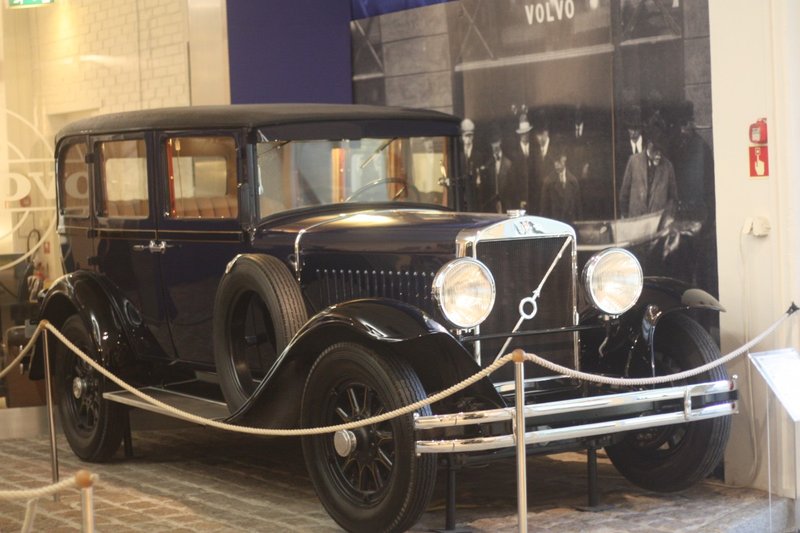 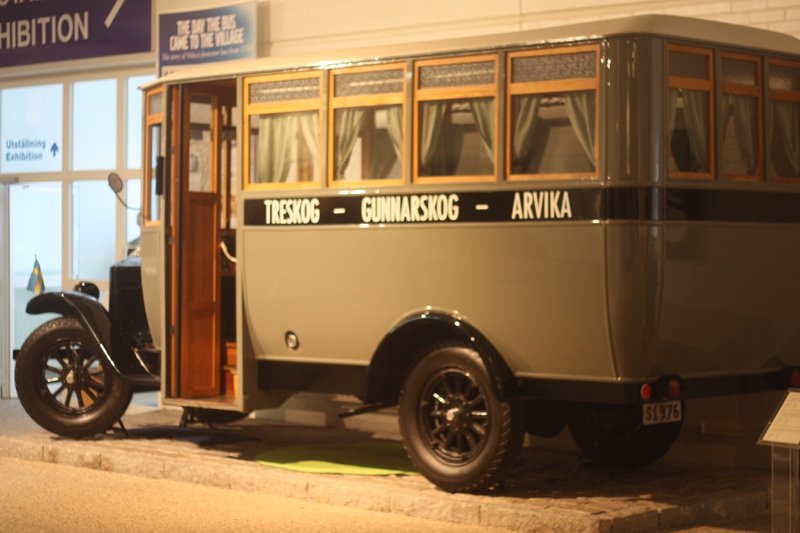 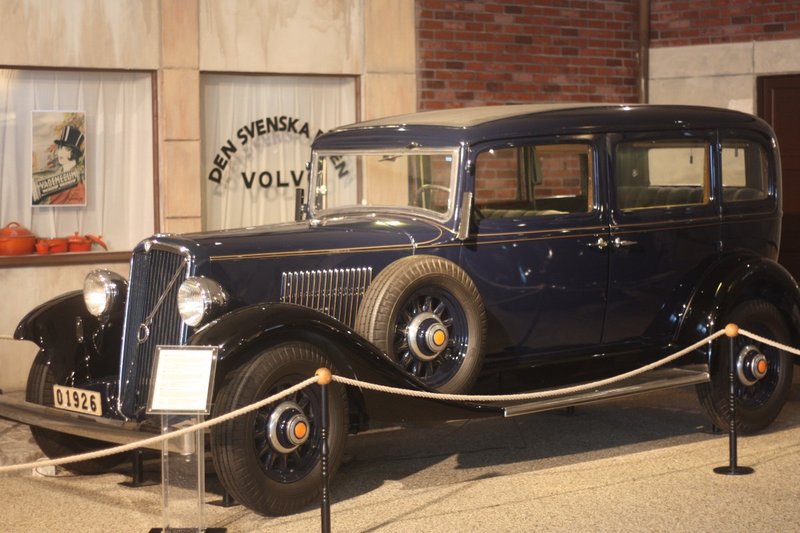 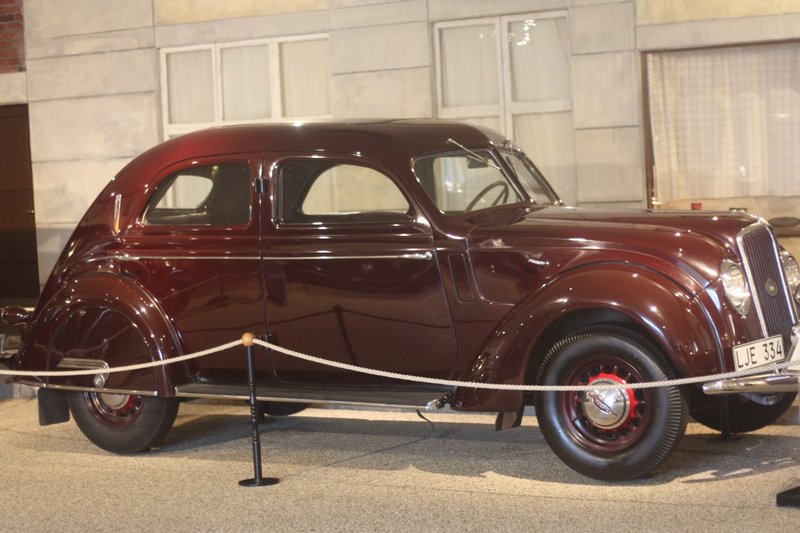 In its first twenty years, Volvo was only selling its models in the hundreds - to succeed, it needed a hit. Post World War II, it produced the PV444, a "little black hump-backed car" (sounds SO appealing), planning to sell 8,000 - but ended up selling a staggering 200,000 of them. I don't know why they planned to sell 8,000 as they had pre-sales of more than that. I can't say I like the look of them, but this is the model that the fellow who runs tours around Gothernburg uses - I would have had a go at driving one given the chance. In the early 1960's, it had another success, with its P1800 sports car: Roger Moore drove one in TV Programme, The Saint. He (or the production company) didn't look after it very well: it was found in 1982 in a paddock in North Wales, engine on the back seat and in a very sad state. Nearly 40,000 of these were made. 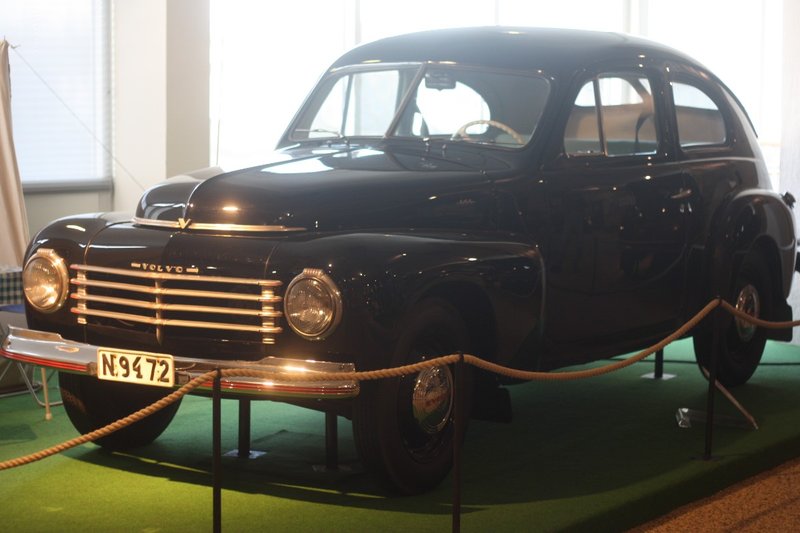 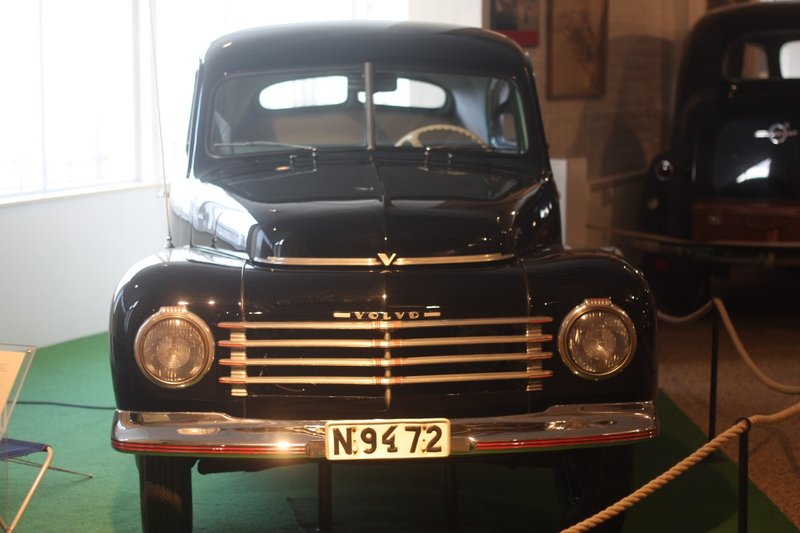 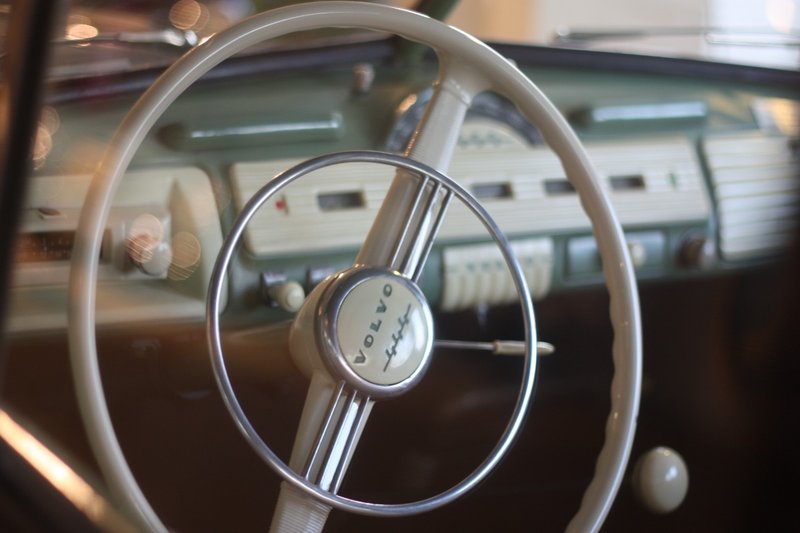 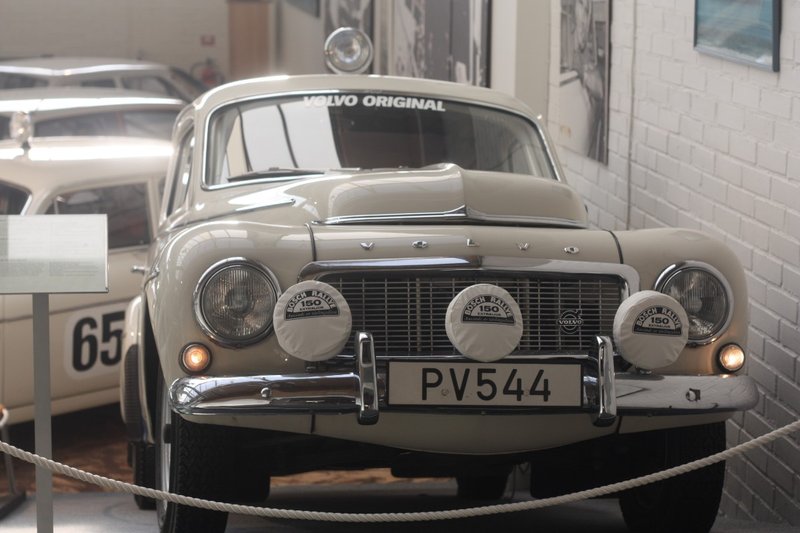 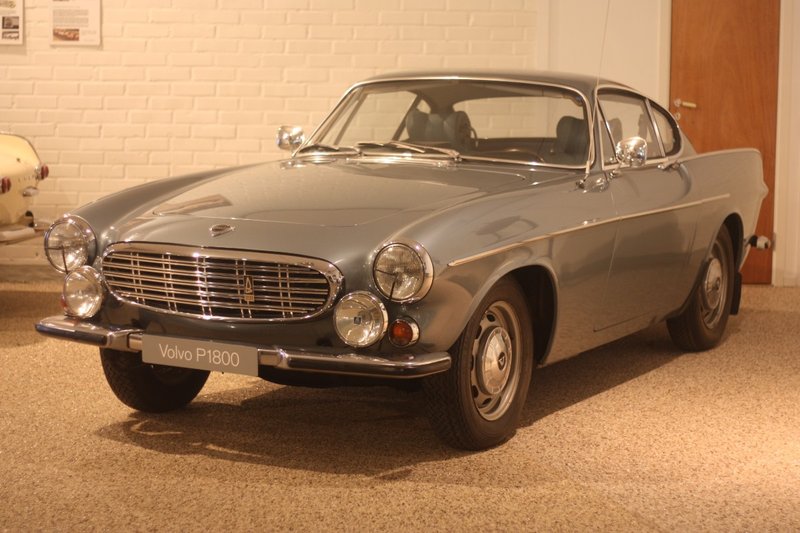 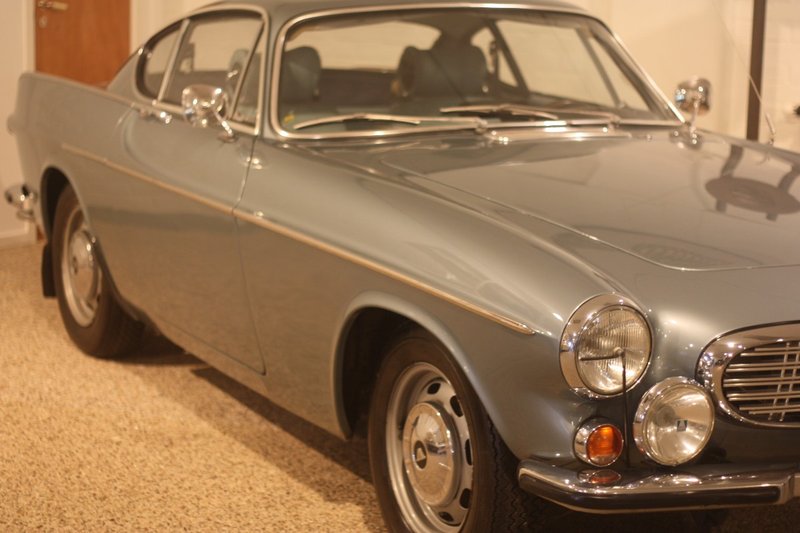 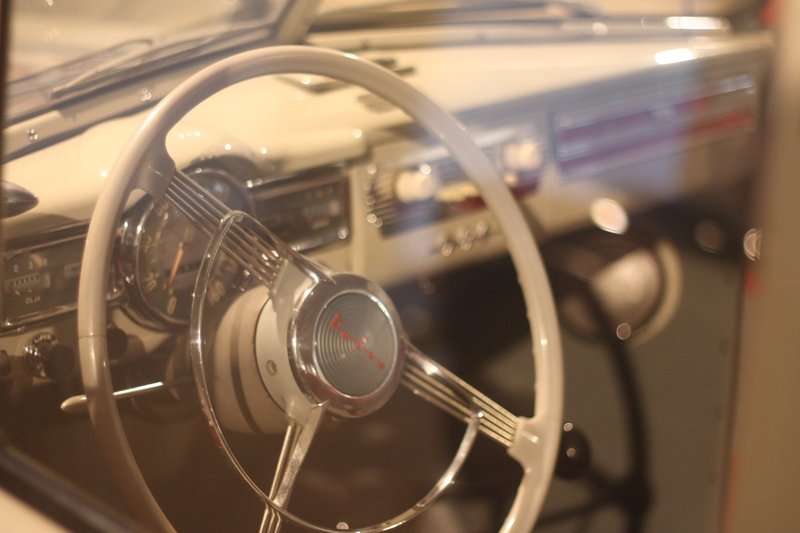 If you look on trademe, or see Volvos on TV, you might be forgiven for thinking that they only make station wagons, and yet they didn't even start making them until 1953. This one was bought by the Volvo employees to give to the boss on his 60th birthday. Coming into almost modern time, the Amazon was made until 1970 and then we finally get the first of the boxy Volvos, the 164 and the kind of Volvo I'd really still quite like to have. 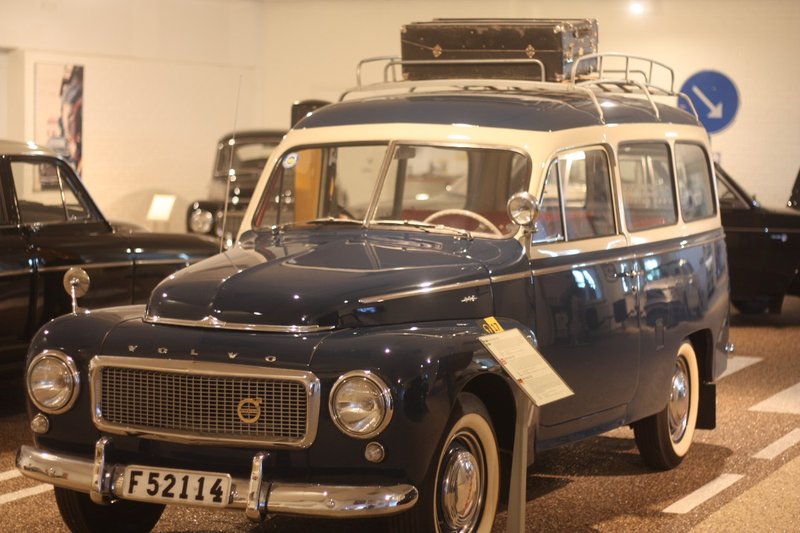 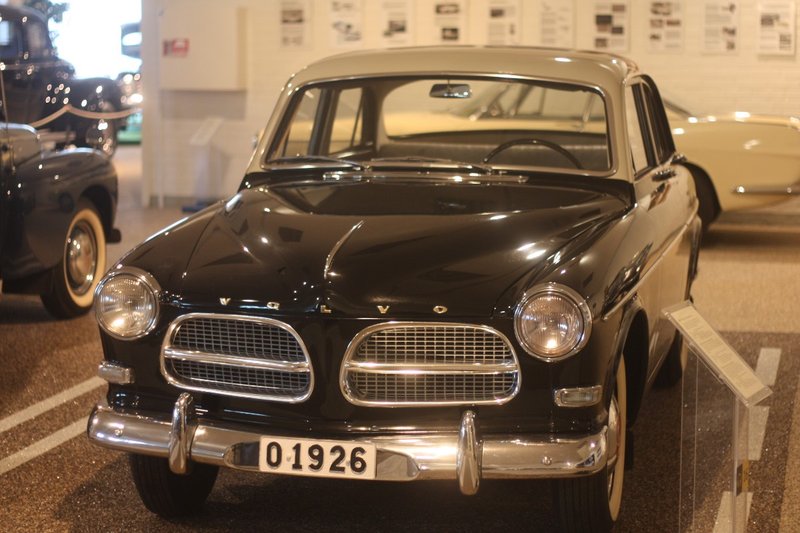 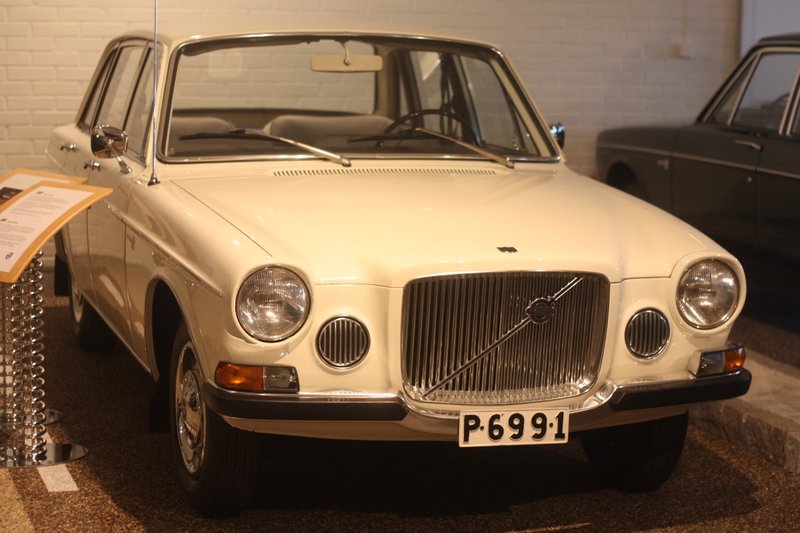 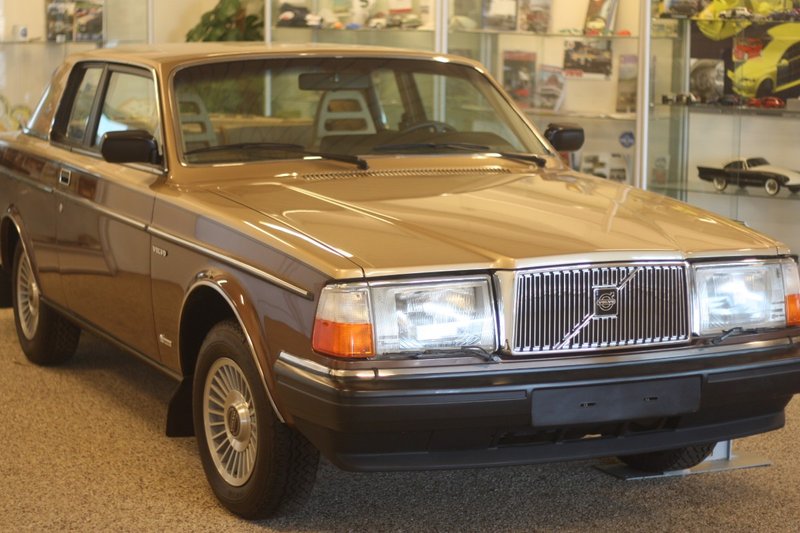 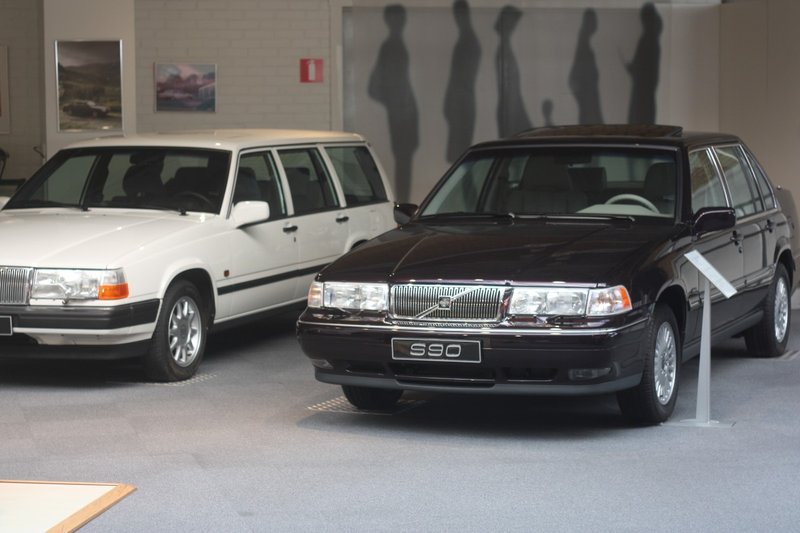 Volvo don't just make cars and buses - there was a big exhibition of their machinery and of their trucks, and of a stupid looking concept bus where the driver sits in the middle, and finally, a Volvo made from Lego. 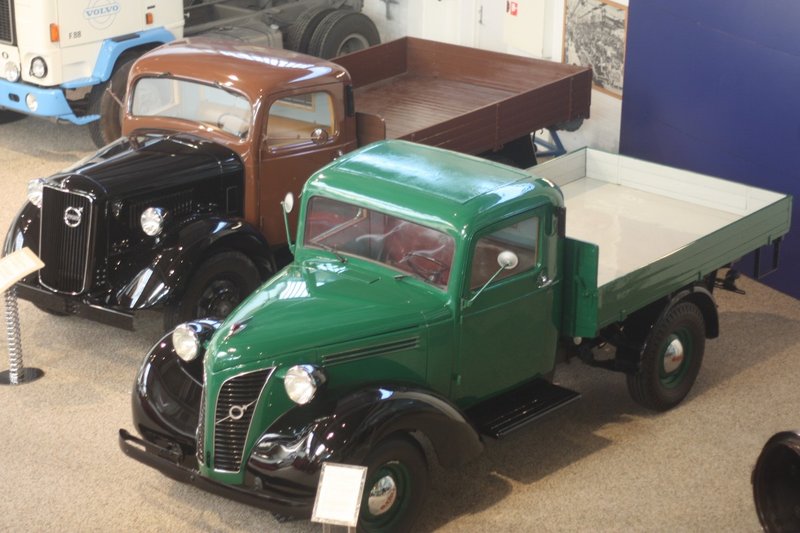 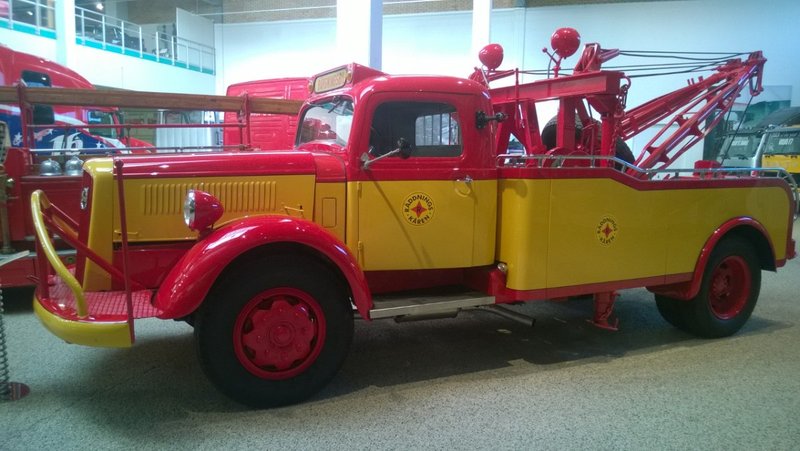 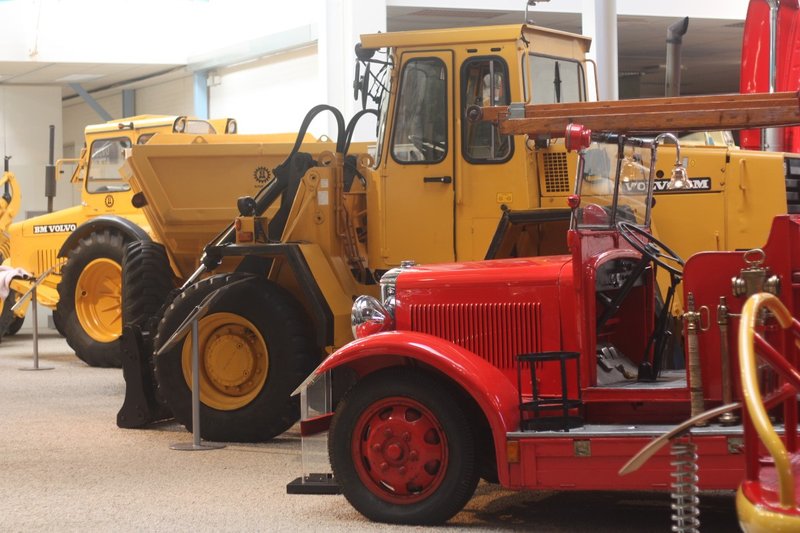 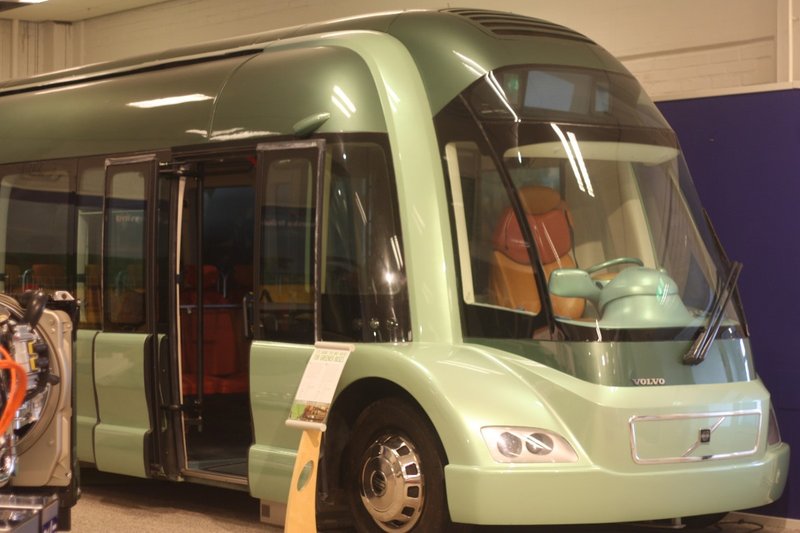 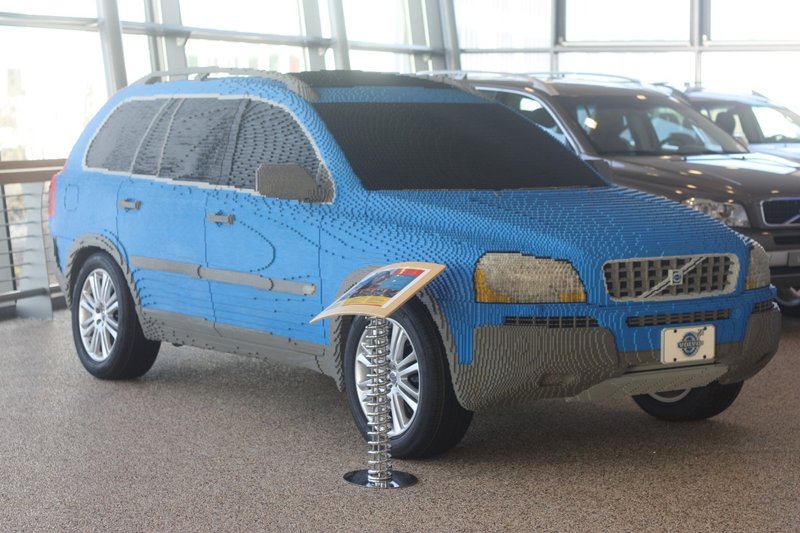 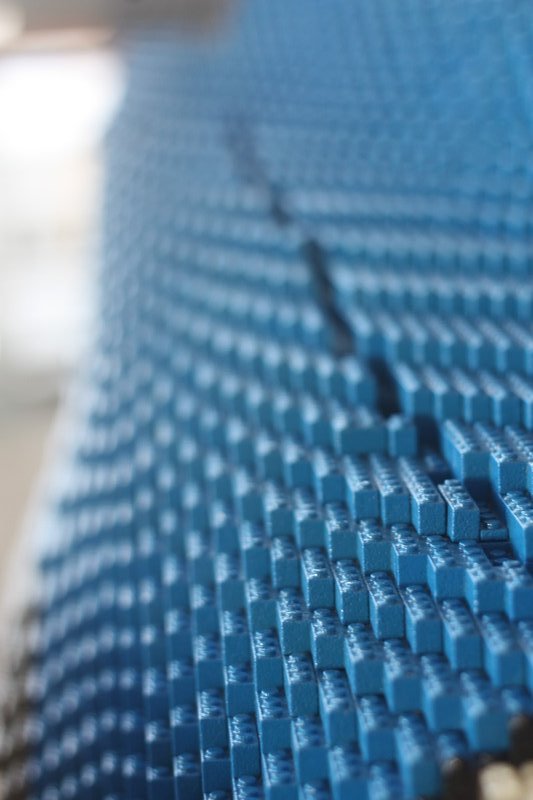 Posted by NZBarry 18:34 Archived in Sweden