Saint-Émilion and on to Spain

The middle of winter is definitely not the greatest time to go visit the vineyards but I really thought that I should get out of Bordeaux to where the grapes are grown because Bordeaux itself, while it has warehouses, negociants and wine shops, showed few signs of wine production. I picked Saint-Émilion, because it was easy to get to on the train, and probably was one of the better places I could have gone. It has been inhabited forever, has had grapes growing here since the Romans planted them in the 2nd century AD and is another UNESCO World Heritage Site and, when I was there, almost completely deserted.

The train station is a bit out of town, which suited me fine, as I could walk past some vineyards, and get a glimpse of Saint-Emilion on its pedestal. There are many chateaux around here, but everything I could see was locked up, maybe just for Christmas or maybe for winter generally. 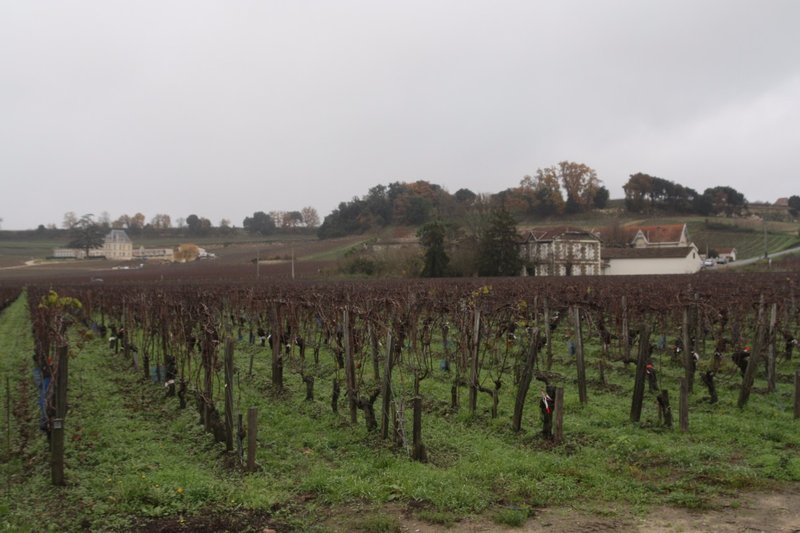 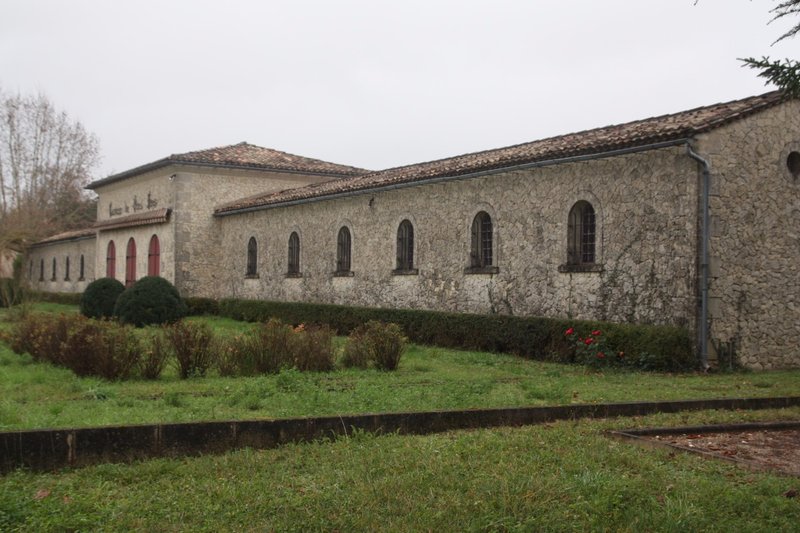 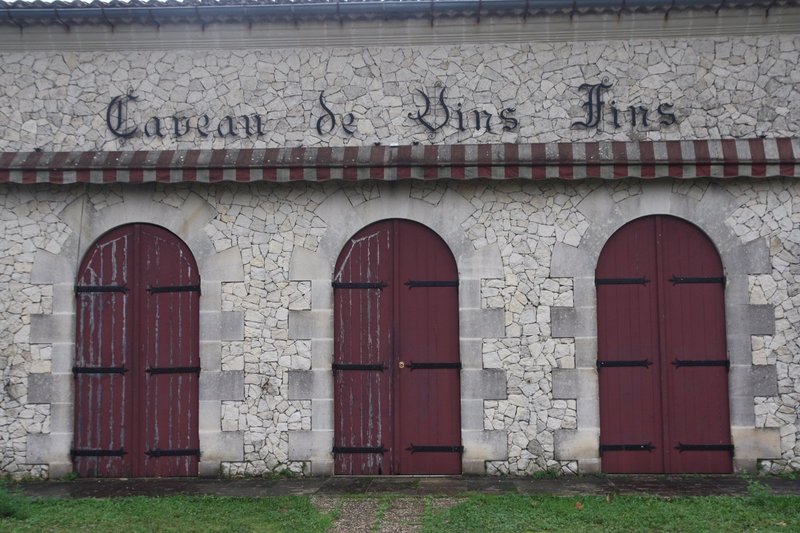 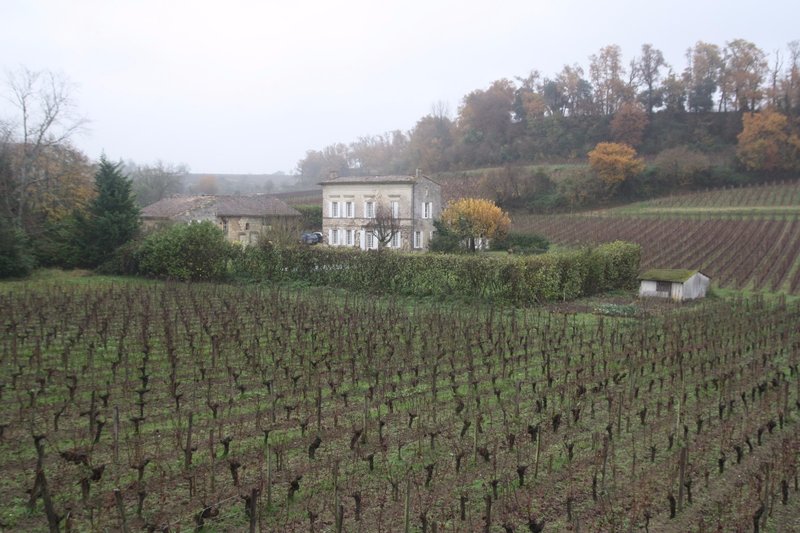 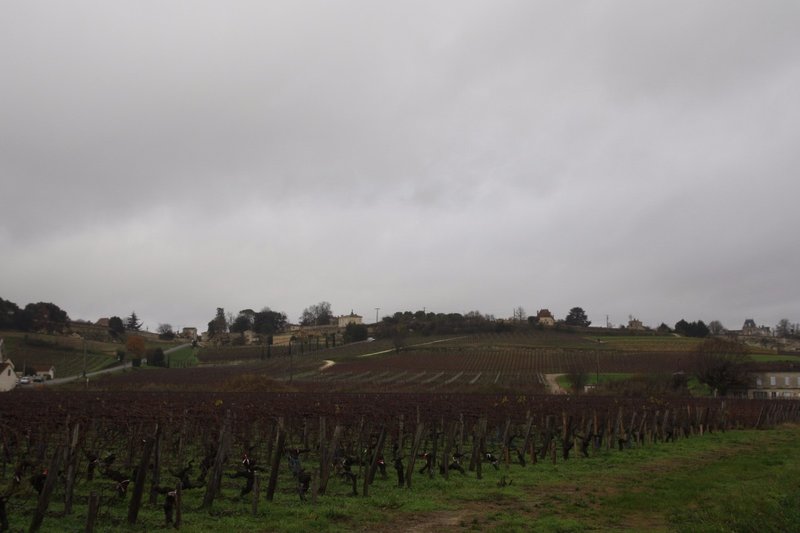 I really didn't think the town would be as quiet as it was - I often try to minimise the number of people in my photos, but here I didn't even need to try, there was just no-one about as I entered. 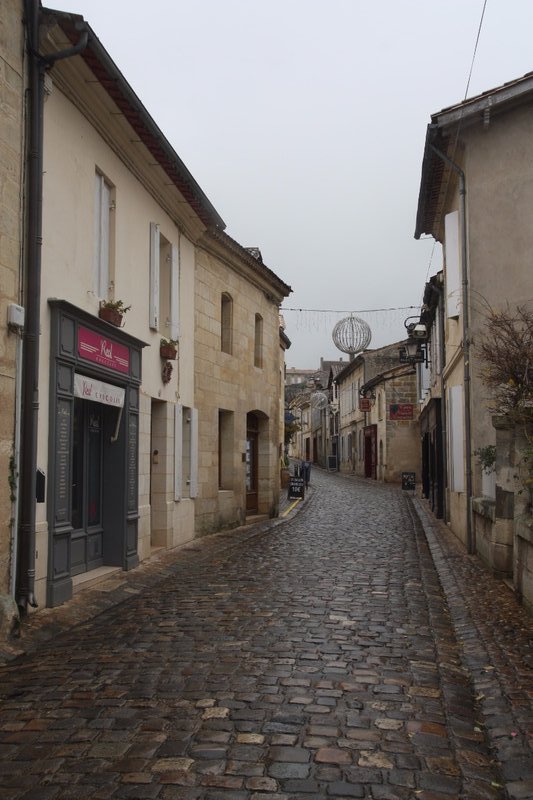 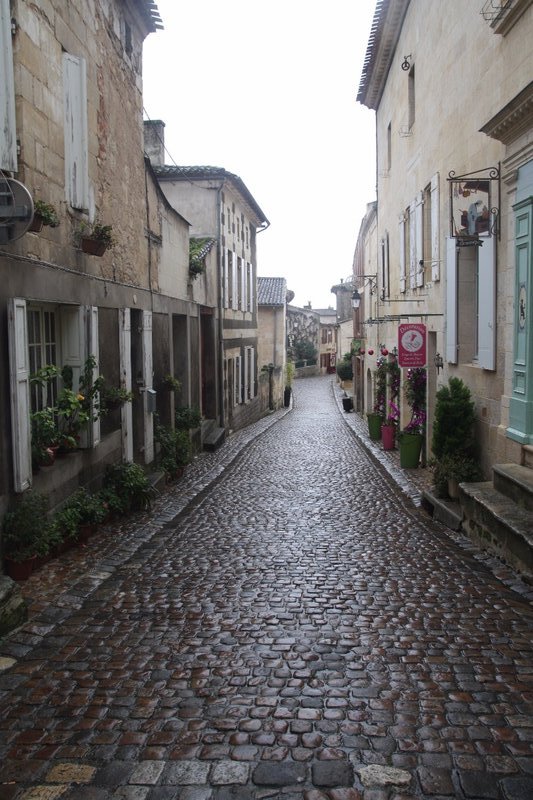 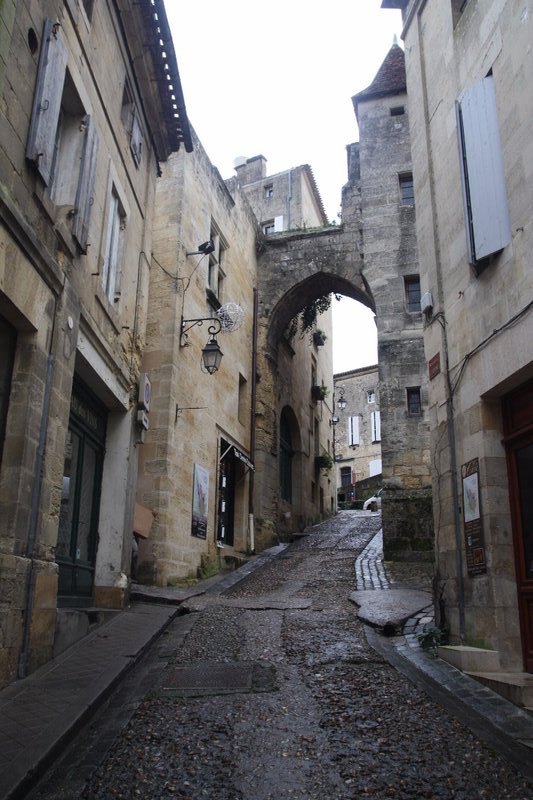 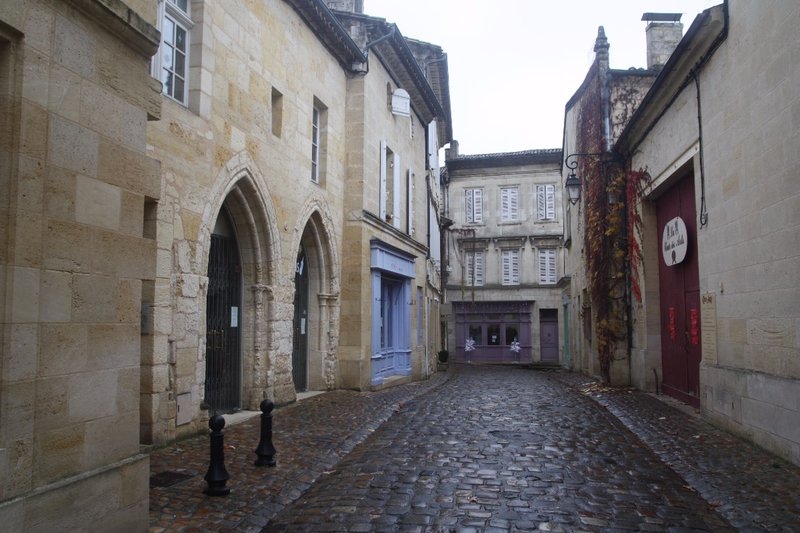 I was getting a bit anxious, as the plan was for lunch, but when I got to the town "square" (it wasn't really square, but that is its function) I found a cafe, which actually had about three tables occupied. One of the dominant features of Saint-Emilion is its monolithic church, so called because it is partly built into the rock. Apparently there was a real chance that the bell tower was going to topple over - digging out beneath the church probably meant its foundations were not the greatest - and so late last century a lot of strengthening work was done. Unfortunately, the place was locked up when I was there - it is no doubt an interesting place to explore. 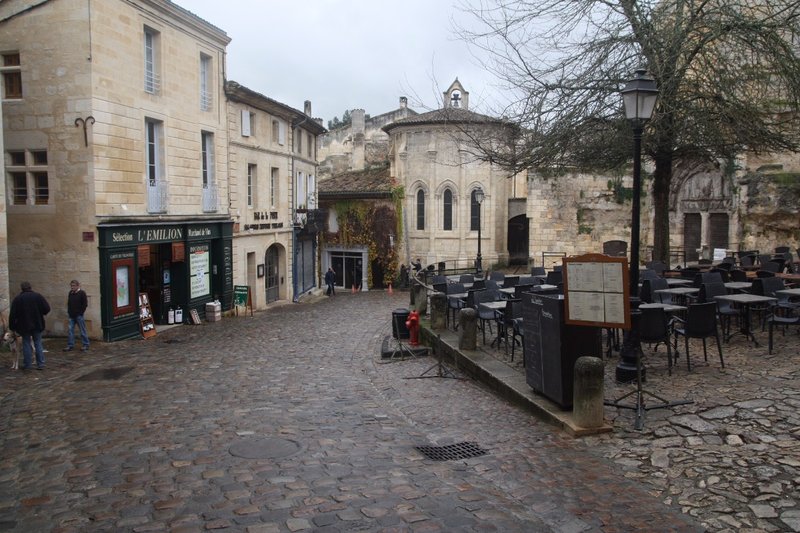 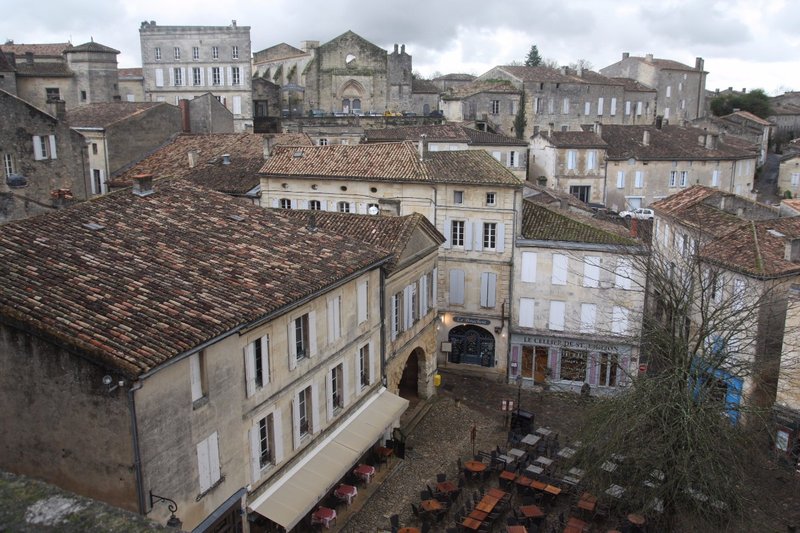 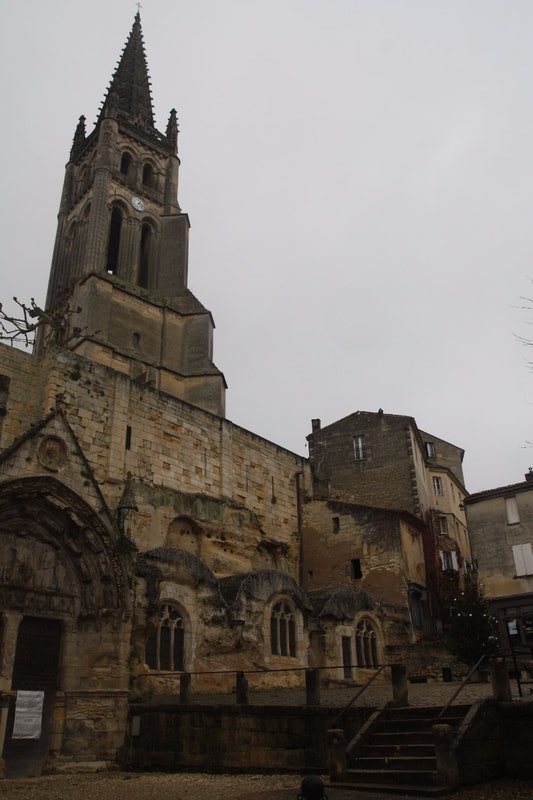 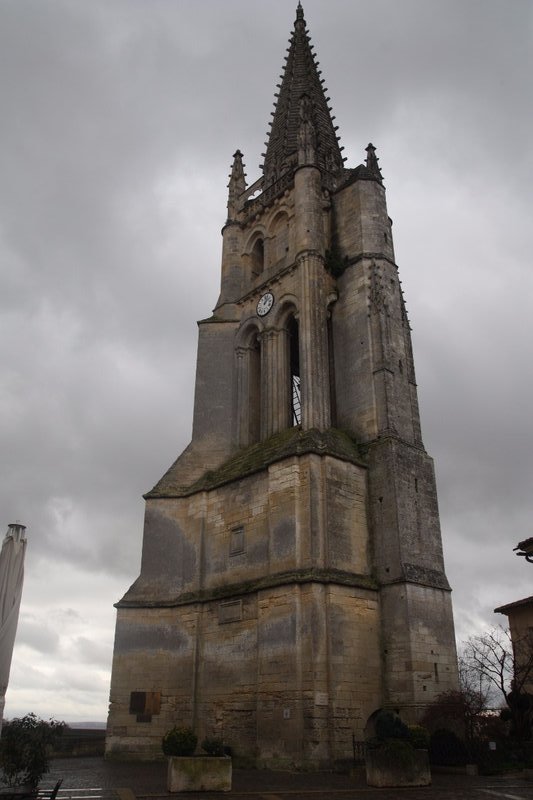 I really enjoyed the sense of age that this town evoked - I don't recall any building at all being in any sense modern, and several of the buildings were ruins or well on the way, including a fairly large warehouse right beside the church. 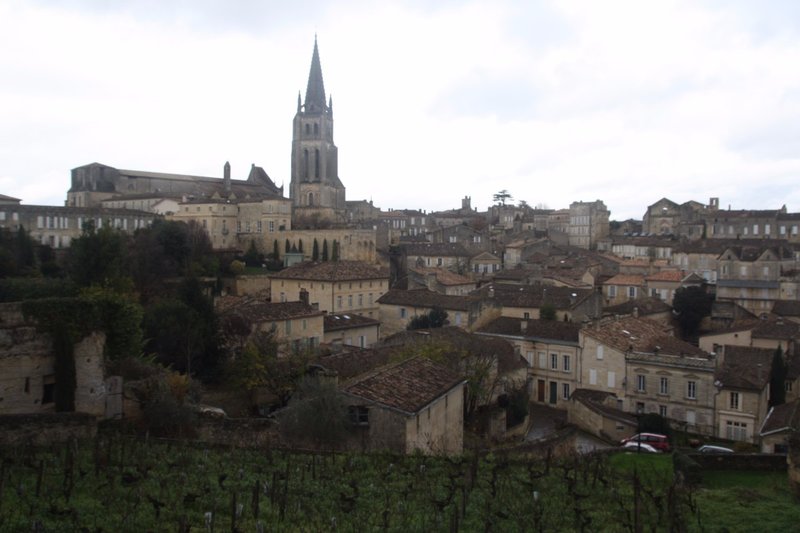 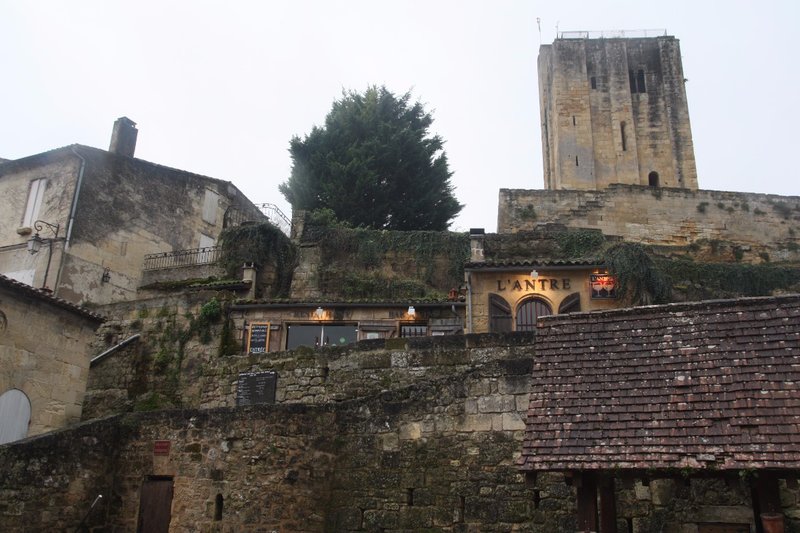 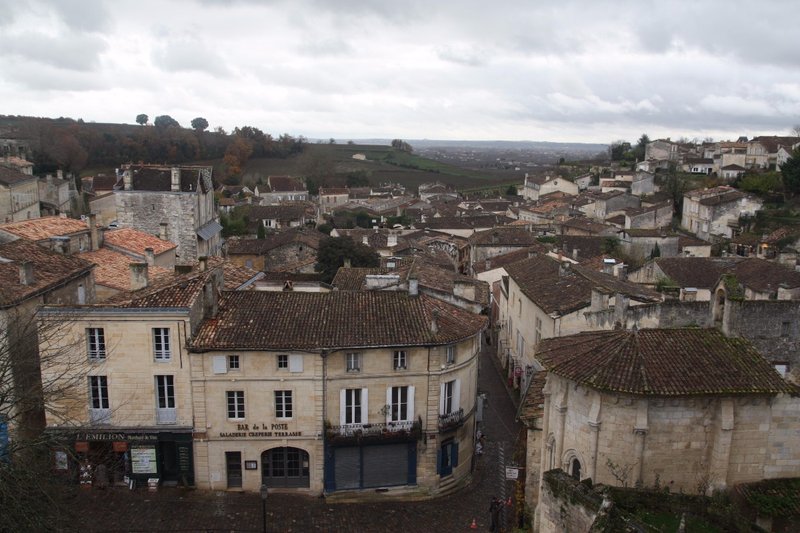 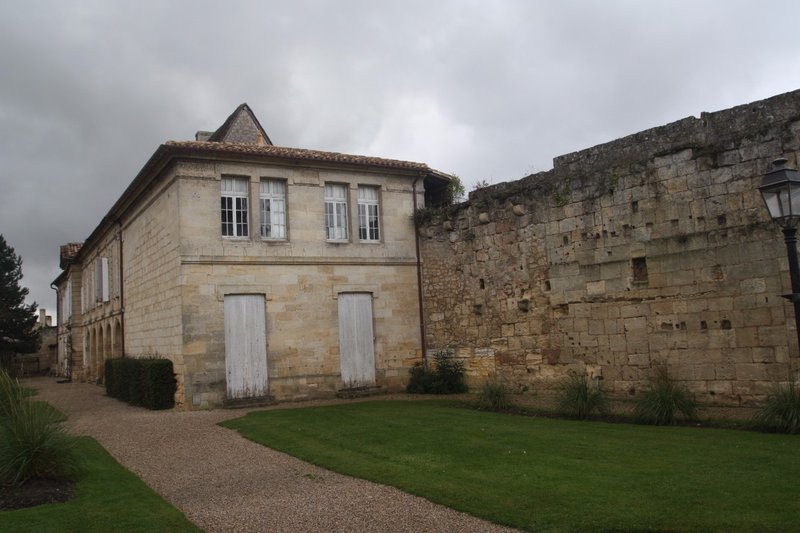 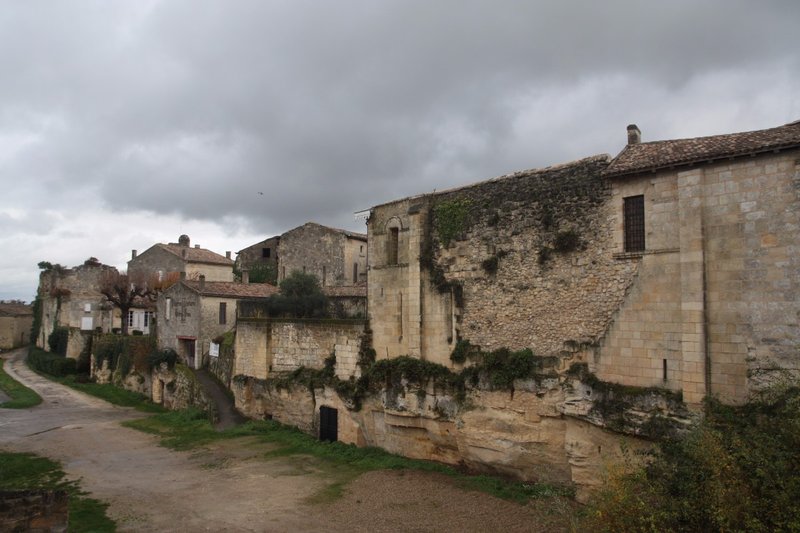 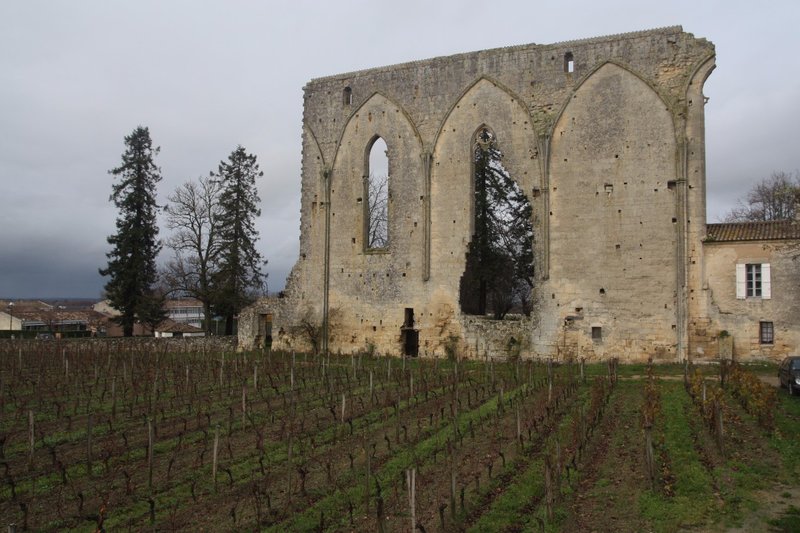 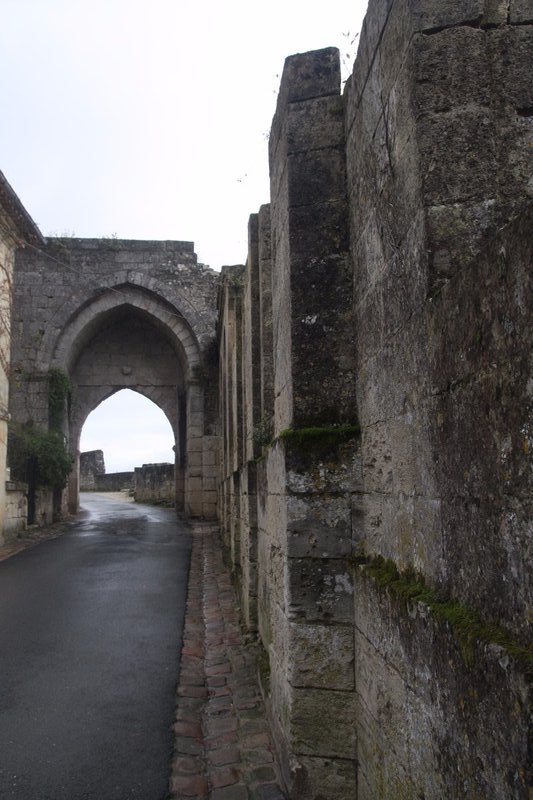 There were some very nice places, however - the town hall and a posh looking small hotel, the Hostellerie de Plaisance, were probably my two favorite buildings. Apart from its wine and its church, Saint-Émilion has another string to its bow: macarons have been a bit of a fad for the last few years, but in Saint-Émilion, they've been a thing since 1620, when a local religious community started making them. The shop I visited is still using the recipe first developed by that community: unlike those I've seen in my travels, there are no garish colours or weird tastes, just a single type in which coconut is the main flavour. 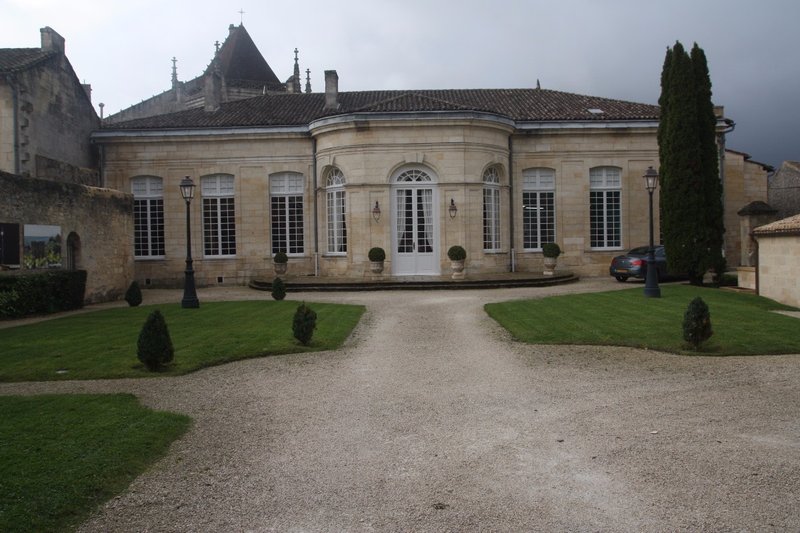 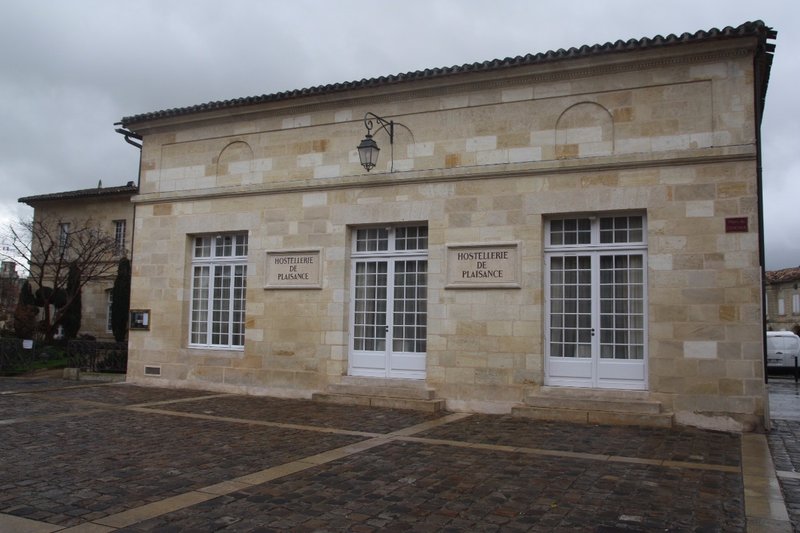 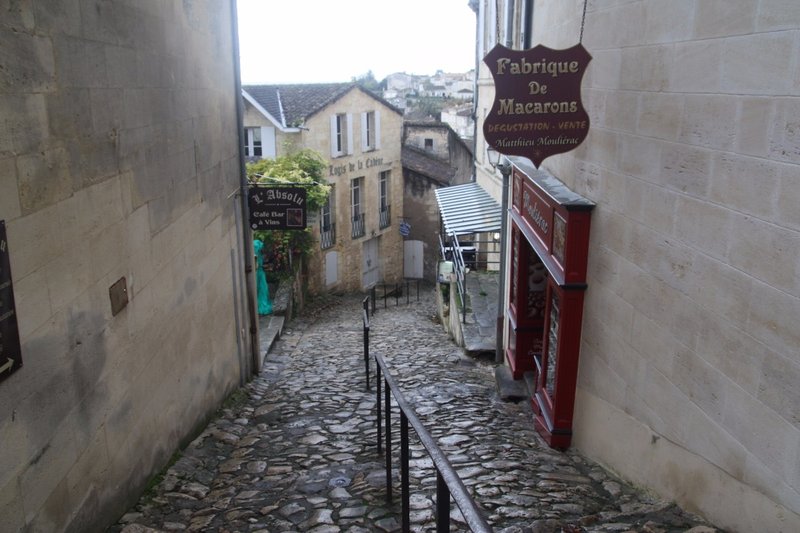 And so my time in France was done: time to head south. I had this idea that the train would take me around the north coast of Spain, and so instead of catching a direct train, I did it in hops so I could see everything in daylight. My first leg took me to a town on the Spanish border, Irun, and I did get to see a bit of the French coast. There wasn't much to Irun - I found a couple of really old fashioned cafes I liked, and was quite excited to find a bar that was promising me 8 lamb-chops for dinner: there were 8, but they were sliced as thinly as cheese, which really is not optimal. I stayed in a pension near the station, notable only for being above a bar which was exclusively patronised by rather elderly gentlemen who seemed to have a lot of time on their hands. The next hop was to a town in Galicia called Vigo - but I never saw the coast because the line cuts through the interior. I probably should have done some research about the train, and indeed about the hostel I stayed in in Vigo: it was a beautiful hostel, brand new, so no problems there - but when I was only making a quick stop between trains, I really shouldn't have picked a place two miles uphill from the station. I had to pause half way in a bar, and had my first experience of proper tapas - my two euro yielded enough food to just about qualify as dinner.

Posted by NZBarry 15:24 Archived in France