Greymouth. It is a town with a varied reputation. Not everyone likes it. I do. I've made at least four prior visits, have managed to spend an entire day making a very slow visit to the supermarket, have done a stint for a couple of hours on the radio there due to a chance meeting with a guy in the hostel and have just enjoyed meandering around. Steve Braunias likes it. In Fool's Paradise (which I happened to be reading while I was there) he says he likes it for its smell of coal and the hardiness of its people (he tells a story of a bloke who, back before the floodbanks were built) canoed into the local pub to buy a drink as if there was nothing untoward with the streets being a couple of feet deep in water). He writes of his arrival on the train:

The high riverbank cliffs give way suddenly, and there's the flat town, slinking towards the treacherous bar and the white, foaming Tasman Sea... Greymouth is worth a good, long gawk. It feels like the most forgotten town in New Zealand. There are other places more far flung, isolated, amputated. None exists with such independence or strength of character... In the town, attractions include the ABC Quick Lunch Cafe which at this time of year serves excellent whitebait sandwiches on white bread for $5.50. The only printing press in New Zealand that is visible from the street whizzes out copies of the Greymouth Evening Star behind glass....

The Star is still there, still being printed behind windows - I was able to watch it as an edition was being printed. Sadly, the ABC Quick Lunch is no more: the entire building in which it was located was due for demolition, has probably now been demolished, with no clear vision for what will take its place. I did find three cafes I liked to hang out in. The DP1 Cafe has been there as long as I have been visiting Greymouth, undergoing several transformations - I can remember it being a surprisingly alternative place and quite busy. It has taken on quite a retro identity these days, featuring kitchen tables exactly like the one my parents had when I was a kid, but unfortunately not featuring any customers. 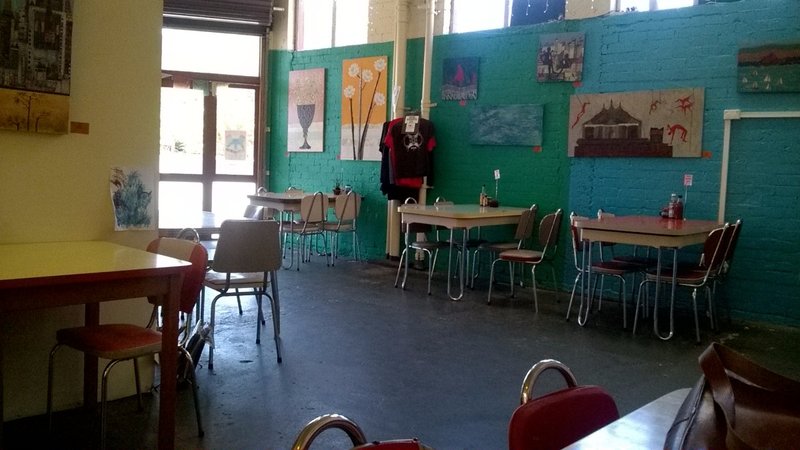 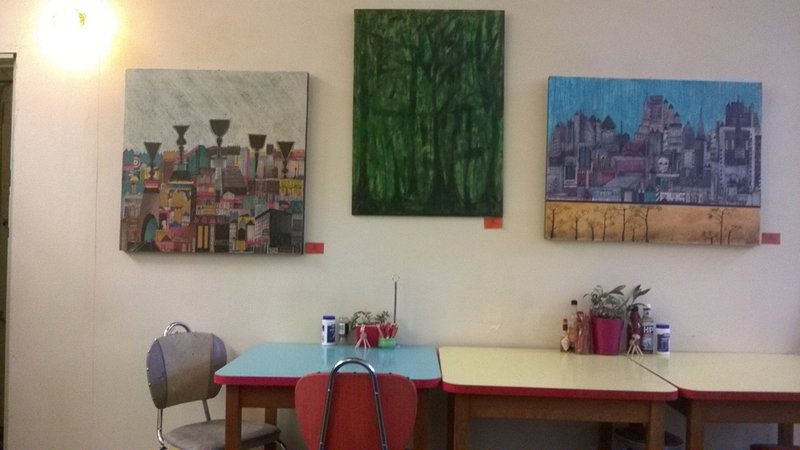 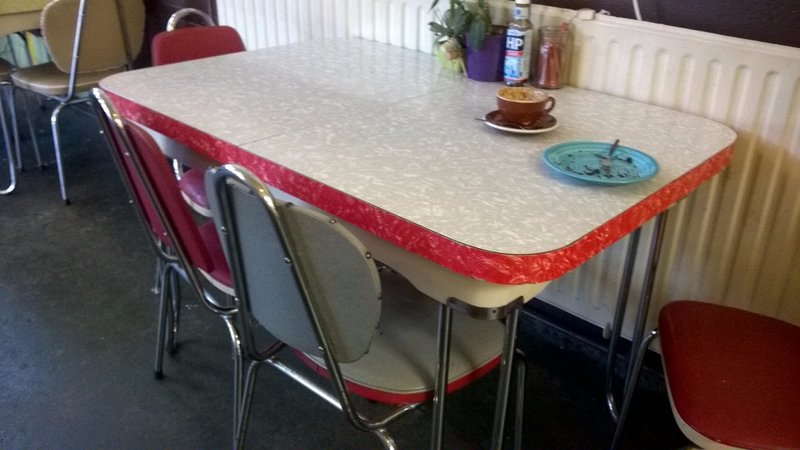 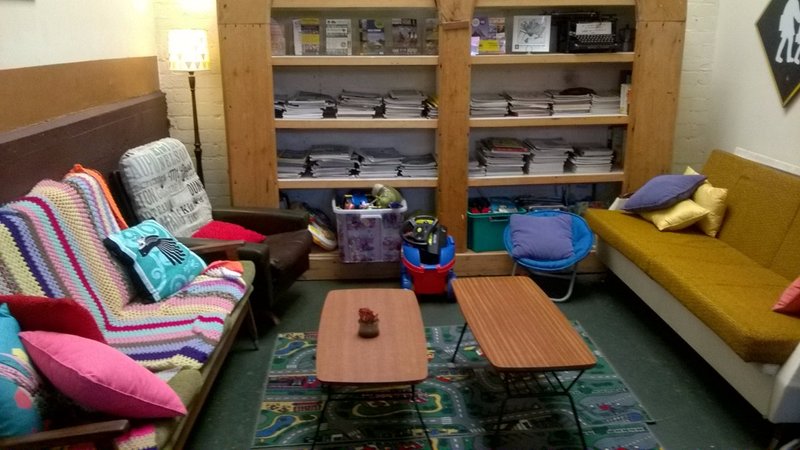 The Gap Cafe is the local winner in the Restaurant Association's best cafe competition: aesthetically, it could be anywhere but it served up a good coffee and decent food, so I was happy to pay a couple of visits. It was Freddy's, however, which became my favourite: I think there is something special about upstairs cafes accessed by nice wooden staircases, and by my second visit, I was recognised as a regular ( perhaps because I demanded that they put my coffee in a much smaller cup than their norm). In the several days I was in or around Greymouth, I would have been in 4 or 5 times. 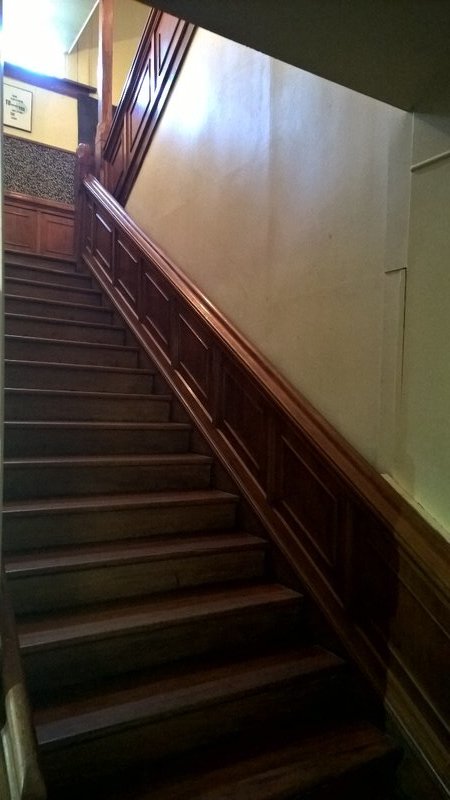 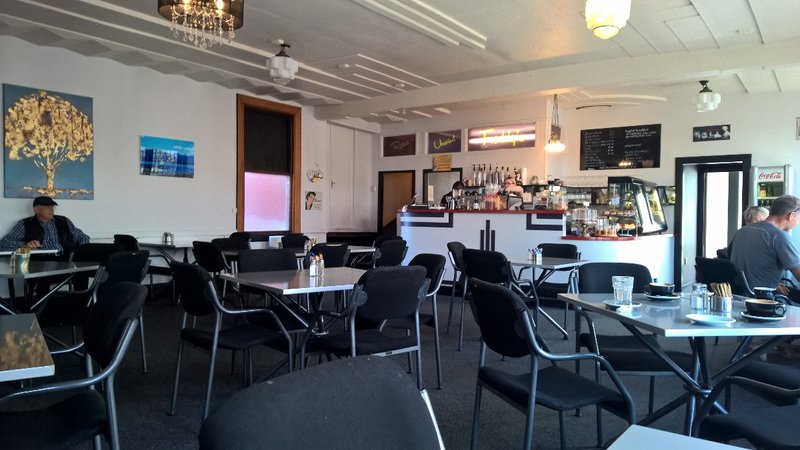 I visited the local museum (or history house) - which told the story of Greymouth according to a number of themes, such as gold, flooding, local identities and the 43 or so ships which had come to grief trying to get into the quays at Greymouth. In about 1867, there was more trade in Greymouth and goods passing through its port than anywhere else in New Zealand. The history house had real depth - in addition to the normal collections of artefacts and photos. the people who run it had put together hundreds of folders of information - it would have been easy to spend a week reading through it all. 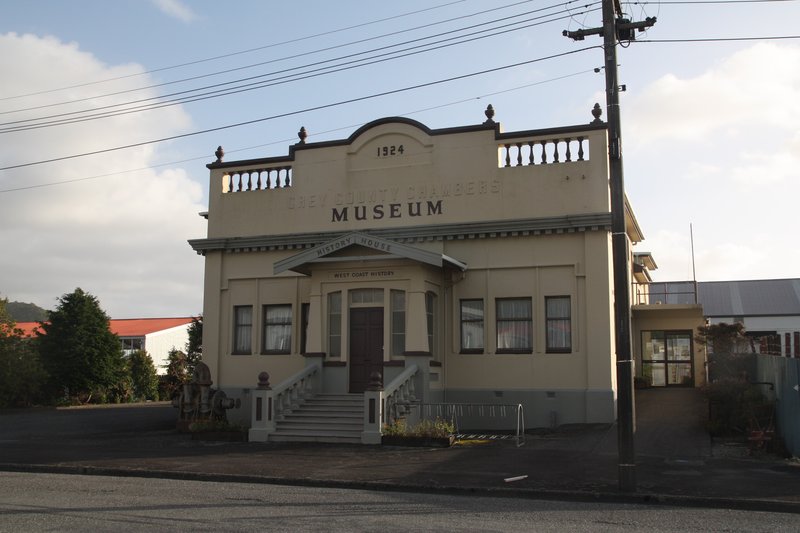 Although a breakwater has been built to make shipping easier, the waters at its end are still wild, and people still come to grief - most recently when the Lady Anna had problems getting across the bar in 2013, leading to the death of one of the crew. I went out a couple of times - I think that if I lived here (it is one of my possible retirement plans), I'd come out to the end of the breakwater every day, just to see what was going on and to enjoy nature. 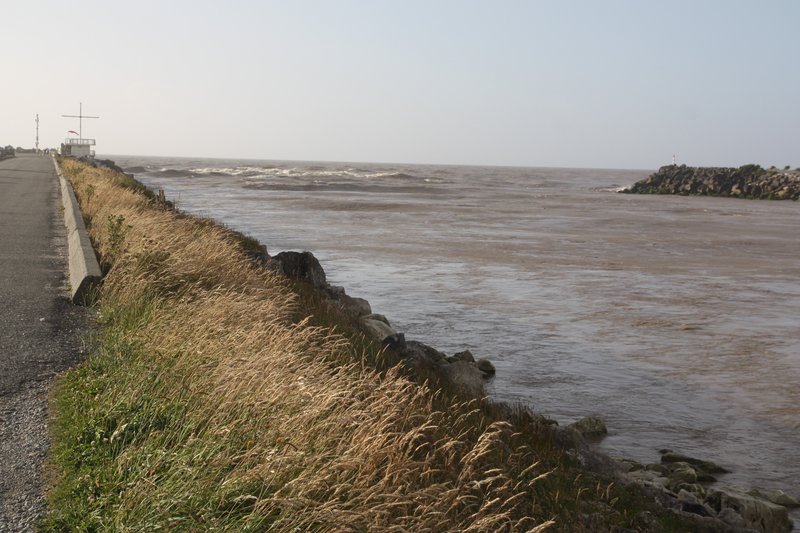 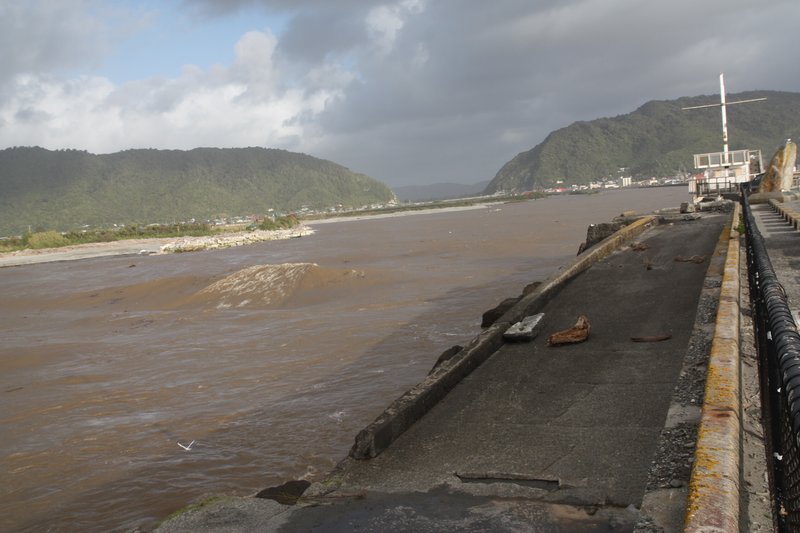 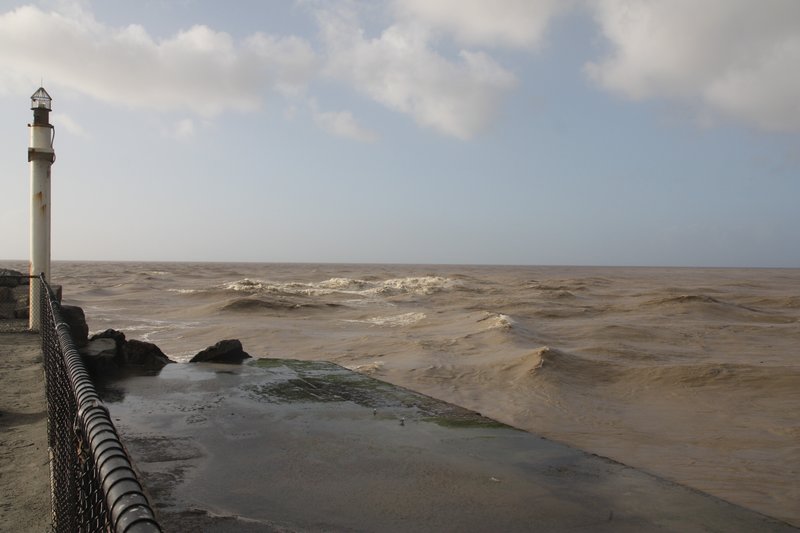 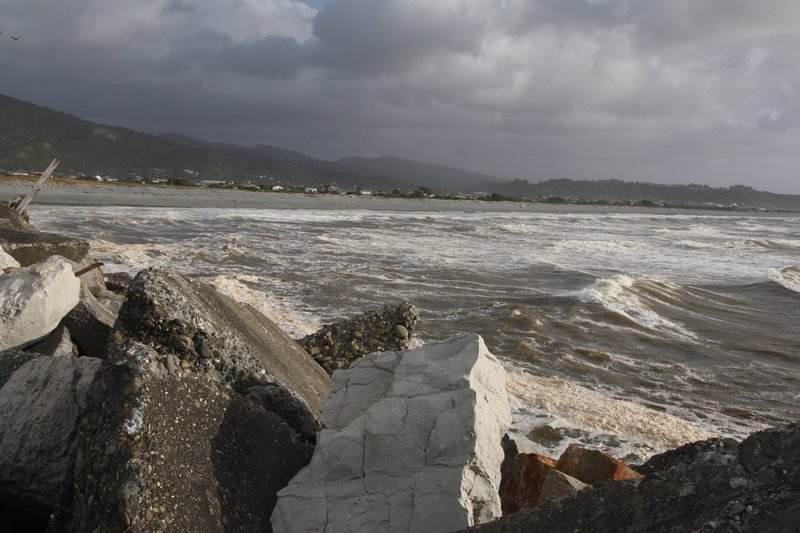 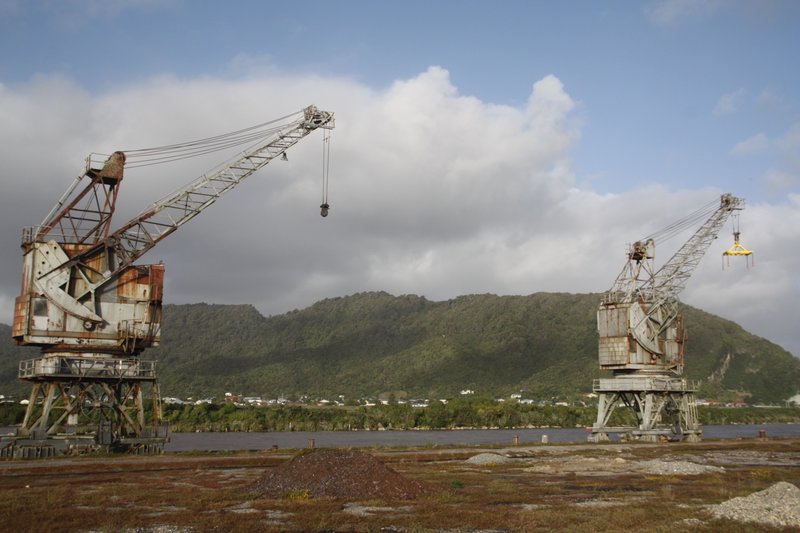 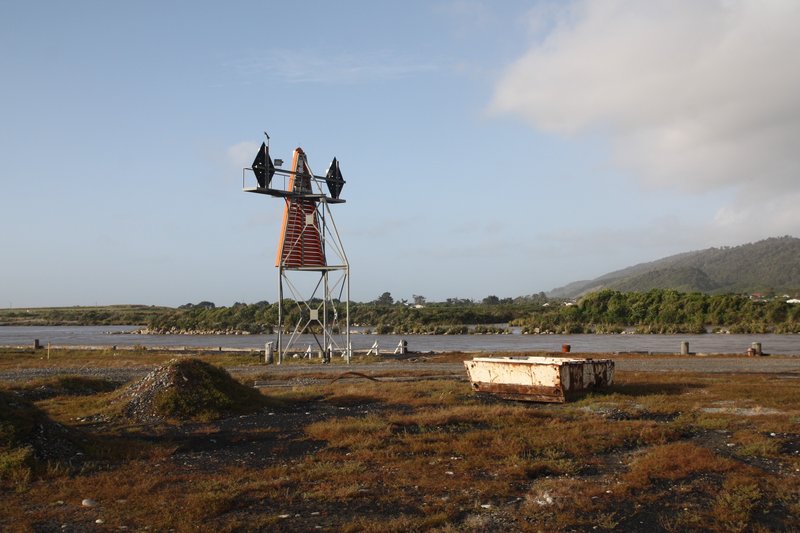 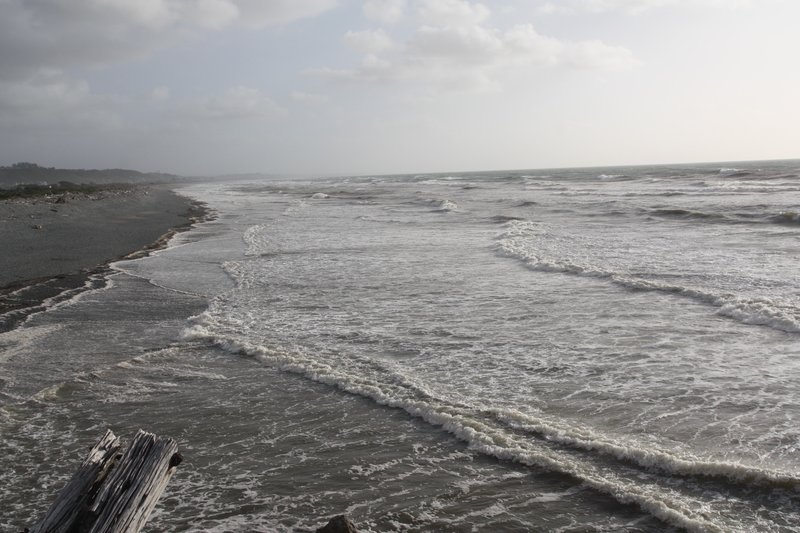 On one of my visits, a couple of guys had set off on surfboards from the beach in the last photo, but in the time I was there, they were so pushed back by the waves that they were closer to the shore when I left than when I arrived: I doubt that they ever got out far enough that day to actually get up on their boards.

Greymouth also has a grand old theatre, so I had to watch a movie there. Most offerings were for kids, but Freeheld stars Ellen Page and Julianne Moor, making it worth a punt. Unfortunately, it was not screened in the main theatre, just a small room off to the side, but I enjoyed the movie - it was based on a true story in which a cop battled county officials to allow her pension to be paid to her (female) partner: the county resisted because they were not (and could not be) married. While in the theatre, I noticed publicity for a forthcoming event which made me revise my plans so that I could return to Greymouth before heading home.

My plan was to spend a couple of days over Christmas at Punakaiki, but (as Jimmy in The Fall and Rise of Reginald Perrin might have said) there was a bit of a cock up on the booking front - after checking out of the Moana Holiday Park, I had a spare night before I was due in Punakaiki which I had filled by booking in at Westport - which meant I had to go north of Punakaiki for a night and then backtrack 50 km. At least that part of the coastline is truly fabulous. Here it is going north out of Greymouth: 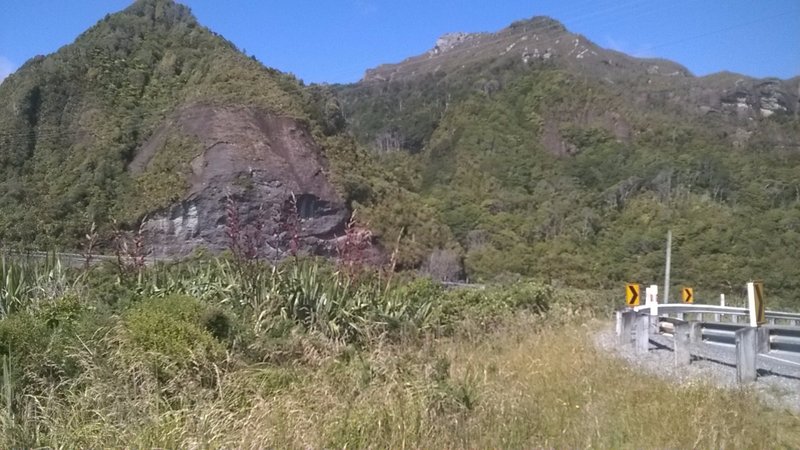 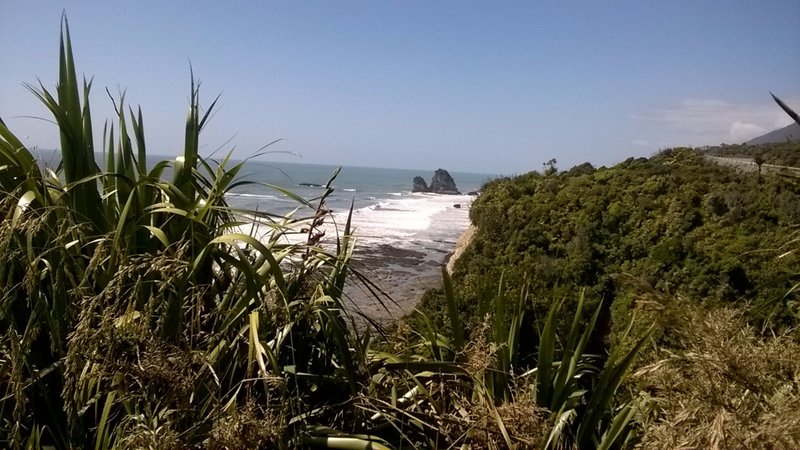 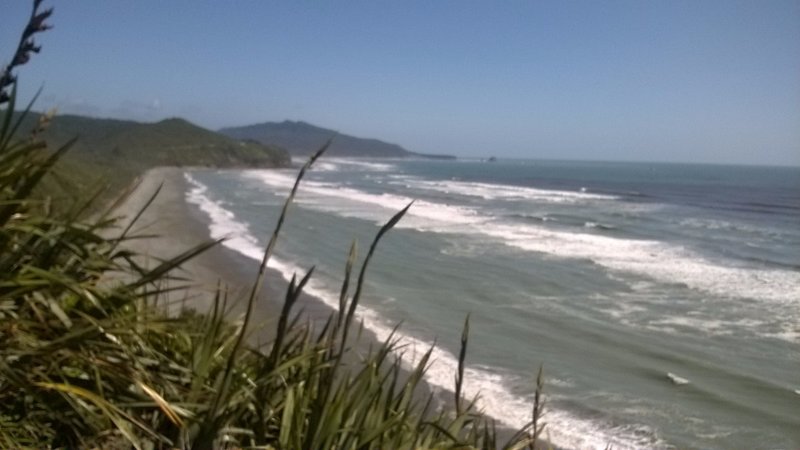 Oh, and this is what my caravan looks like on the inside (at least, this is what it looked like when I bought it): 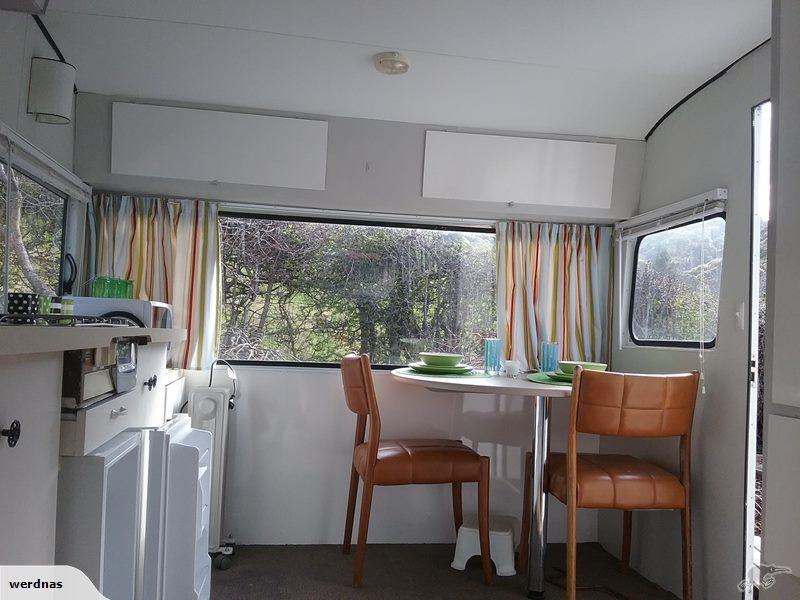 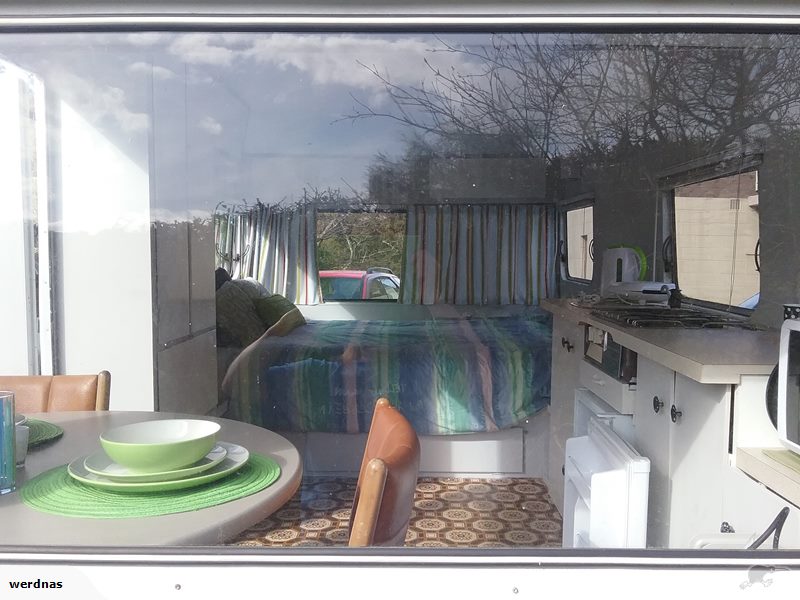 What a gorgeous caravan.

I can't think of Greymouth without thinking of Gaylene Preston. In her documentary "War Stories" Preston's mum talks about having fallen in love with another man in town during WWII. Oh, the sadness and confinement that must come from living in such a small town during such a time....

I've never seen War Stories. It is possible that being in a small, inconsequential town during a war might actually be a comfort - being away from the action.