To pick up where I left off in my last post, I quit Mokihinui, had a last wander around Westport and headed north, up the side of the Buller River. 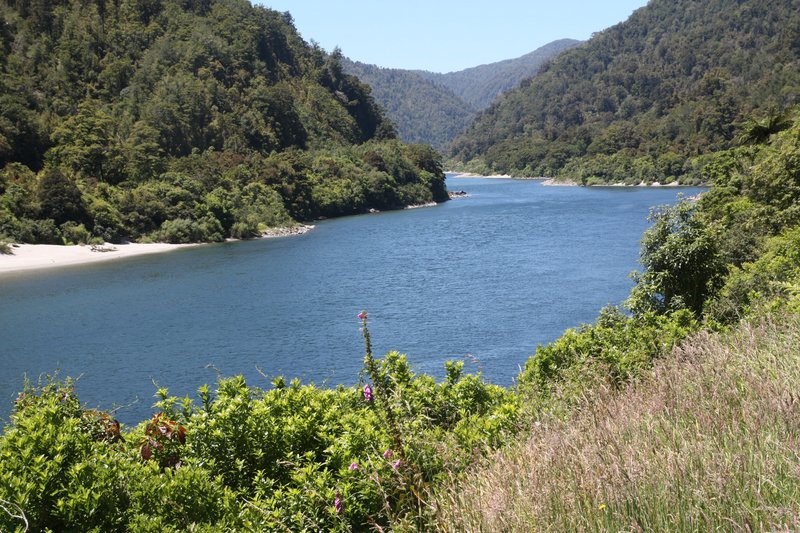 After an ill-advised stop for a beer in a place called Berlins, which consists entirely of a cafe, then an ice-cream in Inangahua and a coffee in a rather wonderful cafe in Murchison, I finally arrived in Motueka in the early evening.

I've never spent any time there, apart from a coffee as I've passed through, so set up camp for a couple of days. Its a nice enough town to do that - a relaxed holiday park, several decent bakeries, at least one good cafe - Precinct Dining - and a Sprig and Fern made me quite happy. Places for dinner were not thick on the ground, but I went to a very busy (and tasty) Indian cafe for dinner: while there, I had to ask the waitress why the nicer looking Indian place next door was practically empty. I never really expected her to tell me, but she was very forthcoming (had had a bad experience there on her birthday).

Friends were staying around the corner in Kaiteriteri, so I popped around to visit them in their camping ground. This was a rather different experience: it was HUGE and absolutely packed, with every tent or van cheek by jowl. Every time I moved, I got lost. Not really my sort of holiday park. Kiateriteri Beach itself was nice, with golden sand and a small rivermouth. 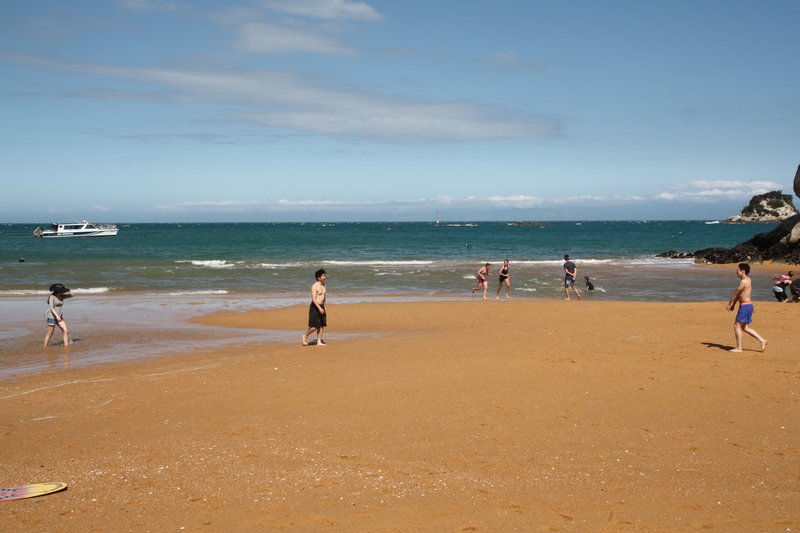 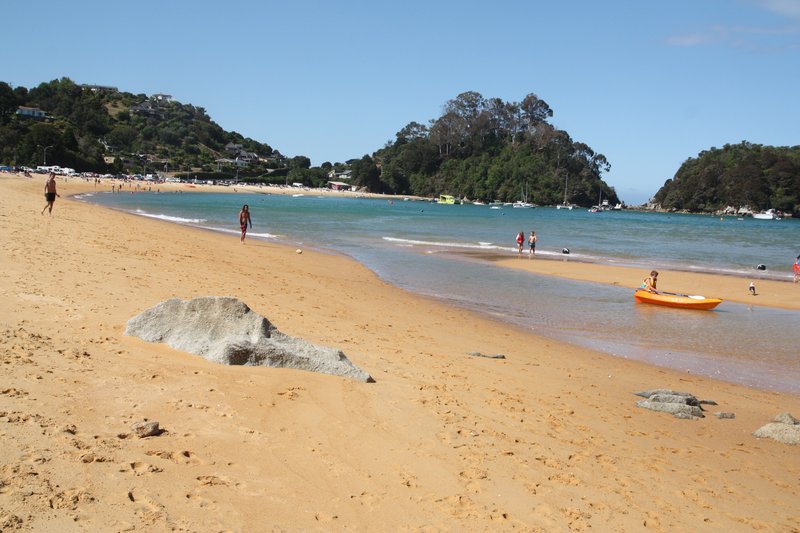 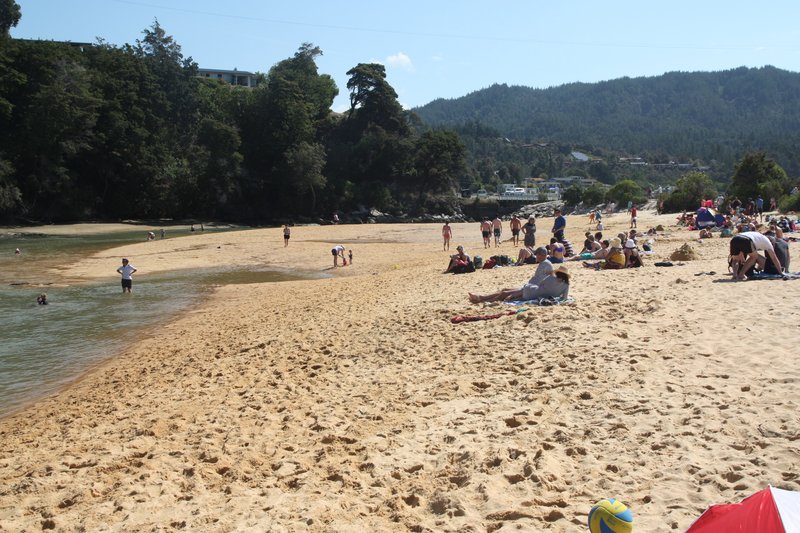 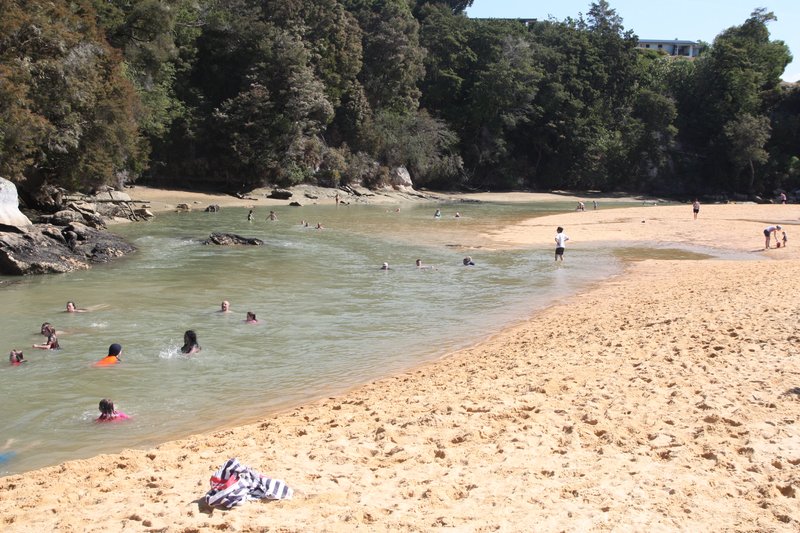 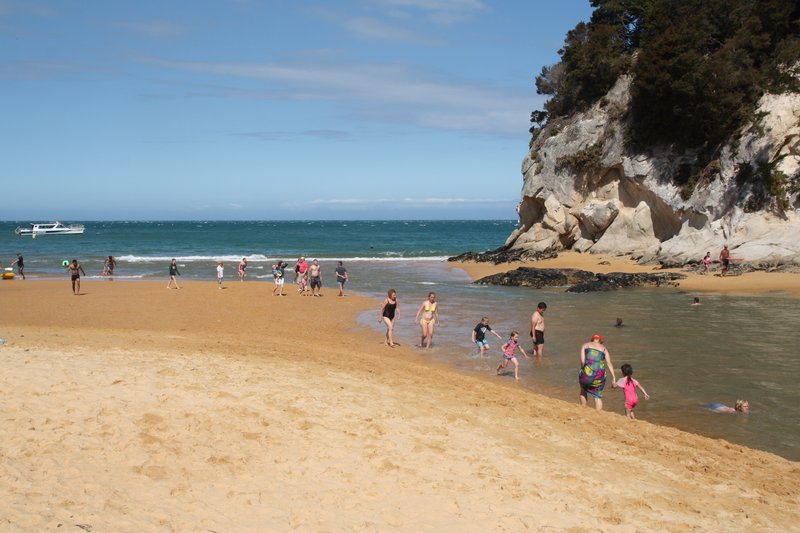 The next town round is Marahau: we stopped in for a coffee and a strange form of breakfast hash, several elements of which were not cooked. The main event on the streets seems to be the Marahau Water Taxis - they load the passengers into boats at a shed, then parade them down the street to the launching point. 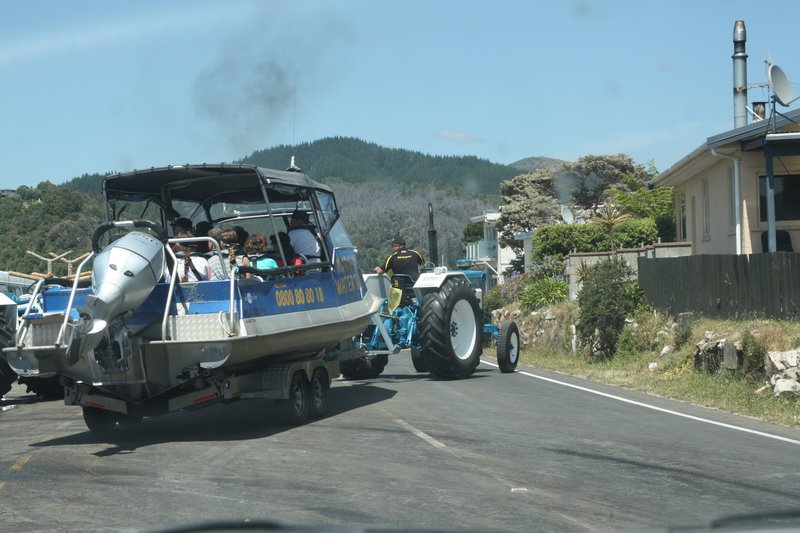 My destination, however, was beckoning and so, with just two days of 2015 remaining, I set off over the dreaded Takaka Hill: it isn't particularly high, but it is a long and winding climb to get up and over it. Going up was actually OK - I just took it slowly and there was not much traffic behind me. On top, the outlook is bleak, but with nice coast views if you look in the right direction. 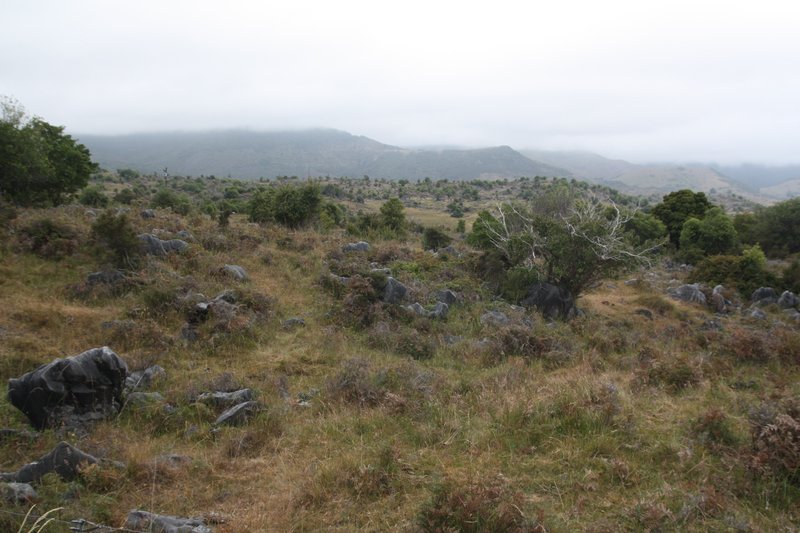 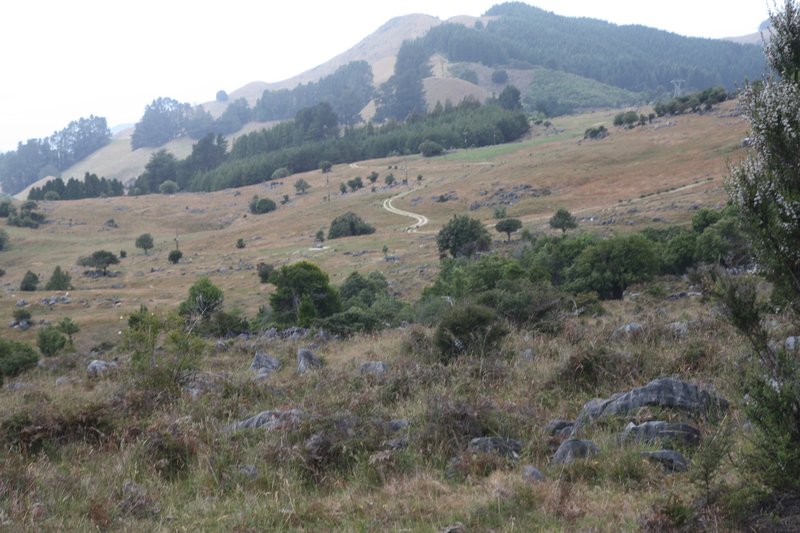 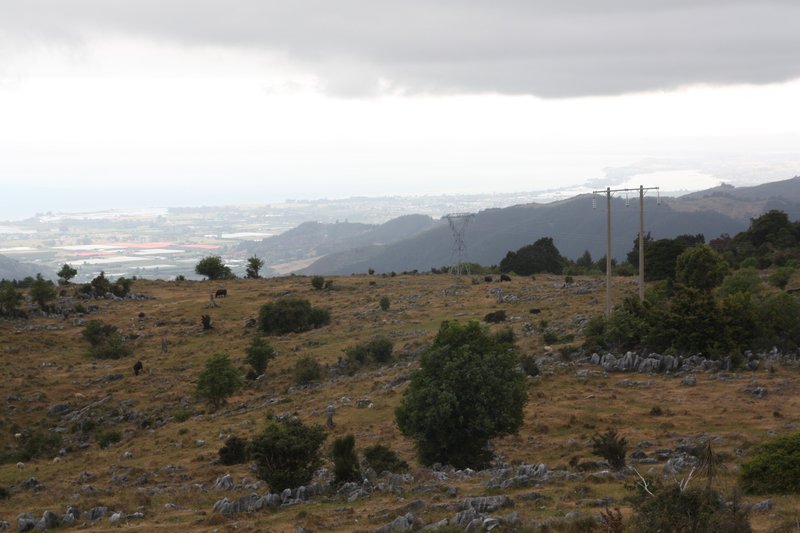 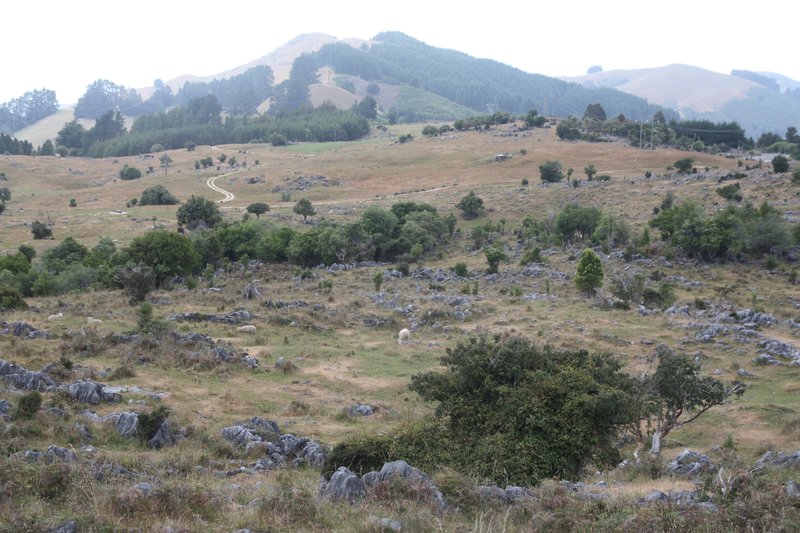 Going down was the problem: I had to brake so frequently that things started to get quite heated - I felt my wheel hubs at one point and nearly burnt my hand. This had the flow on effect of expanding (I guess) the brake discs to the point they were making continuous contact with the brake pads - it slowed me down even on the flat and there was a pronounced squealing: stopping to let things cool down removed both problems.

There is a reward for going west over the hill: Takaka. In the summer, it is a bustling wee town, with lots of craft shops (although fashion is making some inroads) and cafes - my preferred option is the Wholemeal, which was set up in part of the cinema in 1977 and has subsequently taken over the entire building.They have retained a few notes of its cinematic past, it is a cheerful place and (when the kitchen is open) serves interesting food. 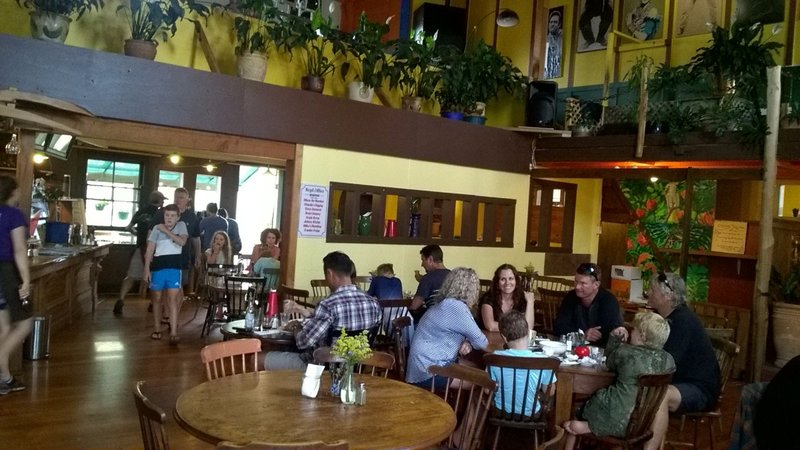 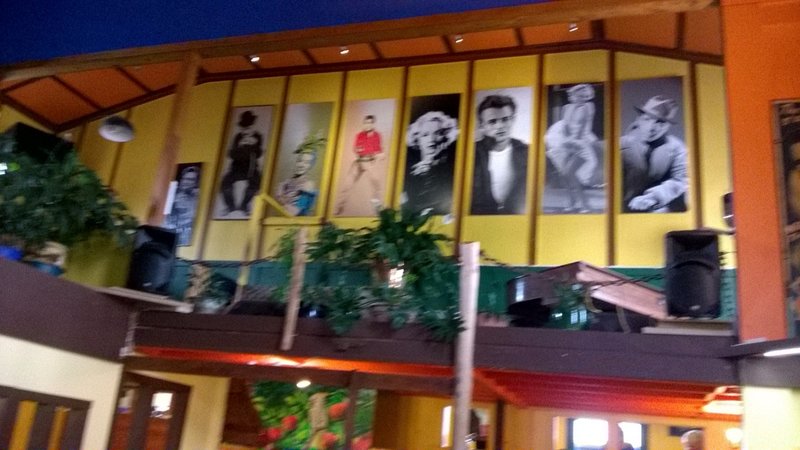 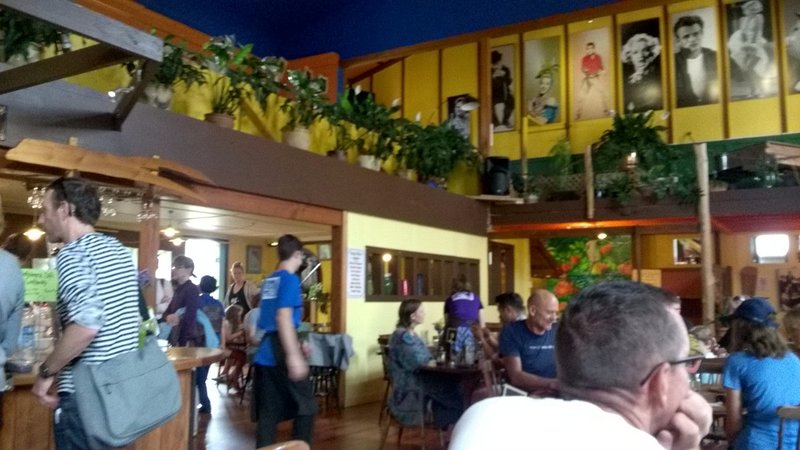 From here it is an easy jaunt to Collingwood, which is near the end of the road. It is built on a point, with the holiday park occupying the sea end. Here I was faced with my first significant parking challenge: there were two parallel walls, with three tents at the entrance to the space and my plot at the far end, meaning I had to back down between the tents and the wall, then turn the 'van so it faced into the wall. Not a problem as it happened, but I did take the precaution of suggesting to one tent person that he move his car. 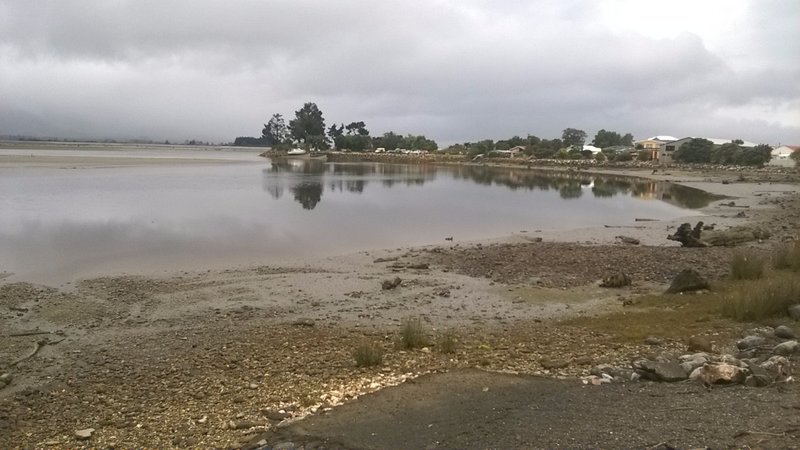 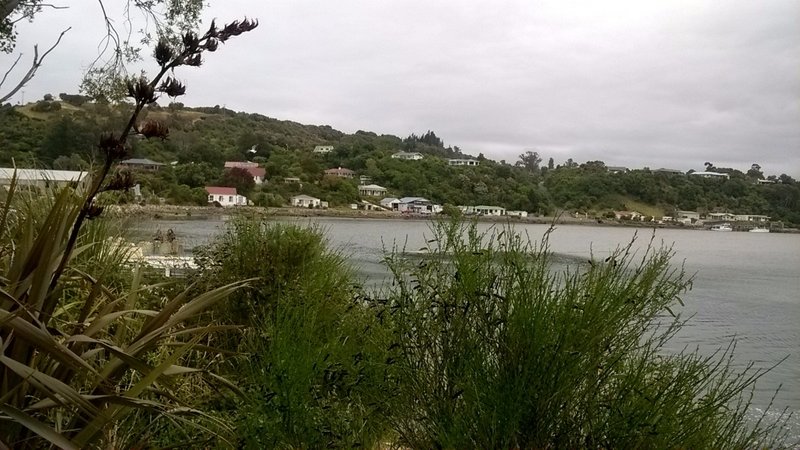 This is where I spent 4 nights over New Years, and I'm very happy with my choice.