The Air Asia flight to Kuala Lumpur was brutal - not because of Air Asia, the plane and crew were fine, but because of the timing of the flight. I left Auckland at, I think, 8:30 in the evening and had a not bad meal served to me but then we had to stop at Gold Coast airport. We had obviously gone through security before boarding in Auckland but in Gold Coast, all passengers had to leave the plane and go though a mickey-mouse security setup, hang around in a gate lounge for a bit and then carry on. No meal for me on this leg: although there was a meal service, the website hadn't allowed me to book a second meal. We hit KLIA2 at 4:40 in the morning, nearly an hour early, there was no delay getting through the formalities, so I had a fair amount of time to wait before it was worth heading into the city. I have not actually been to KLIA2 - last time I flew Air Asia, they were still in the LCCT, a big shed-like structure which was pretty chaotic. I took a look around - there are a few food outlets on the second floor, plus space to look at some planes lined up - pretty much a standard sort of airport. Australia and New Zealand have become squeamish about even acknowledging they have tobacco products - here it looks like they've decided to make a feature of them! 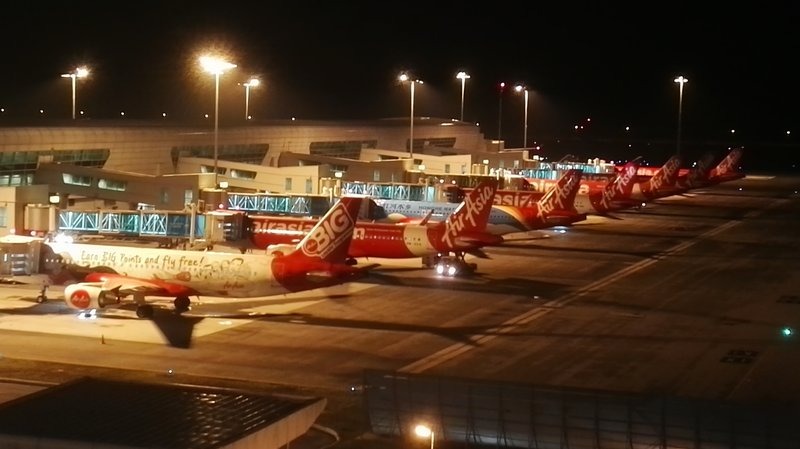 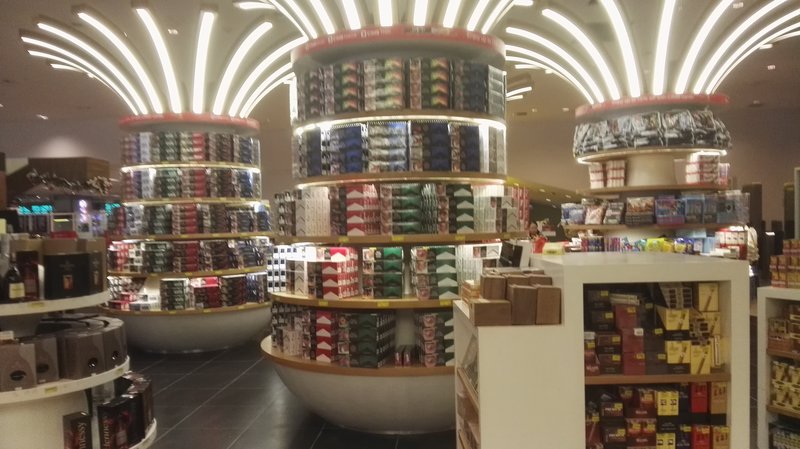 I lingered in a hard chair in a quiet recess of the airport, then went to find a bus into town - at the bottom of the shopping mall that has been tacked on to the airport. I was in KL Sentral by around 10:00. There's been quite a bit of construction since I was here last, so I was not entirely sure of the direction to my hotel, so I cheated, and caught the train to the former main KL rail station. This is the site of one of my all time favourite hotels - the Station Heritage - I've stayed there twice, last time for a week. I enjoyed its timbered rooms, its long gloomy corridors, its near emptiness and even the fact that when something went wrong with a room, they'd just move me rather than fix the problem. It was built in 1910, but it obviously needed quite a bit of investment which has not been forthcoming. So now it is closed and the station just has a few commuter trains and a canteen. 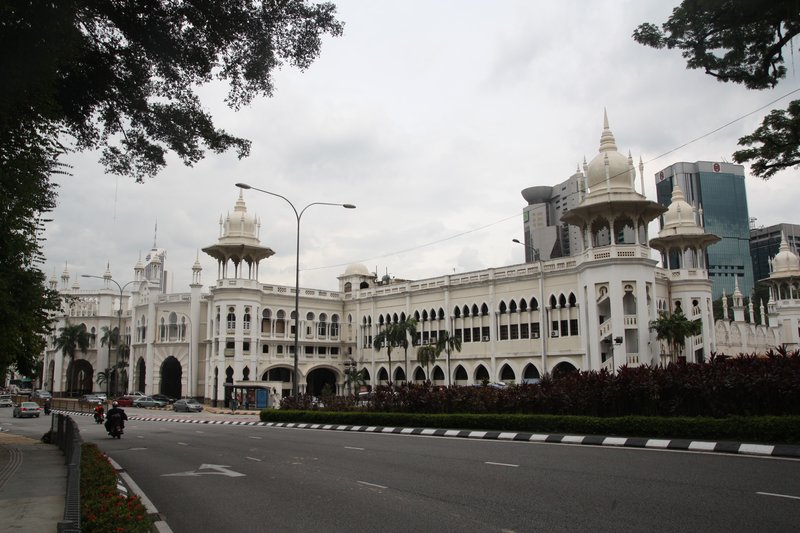 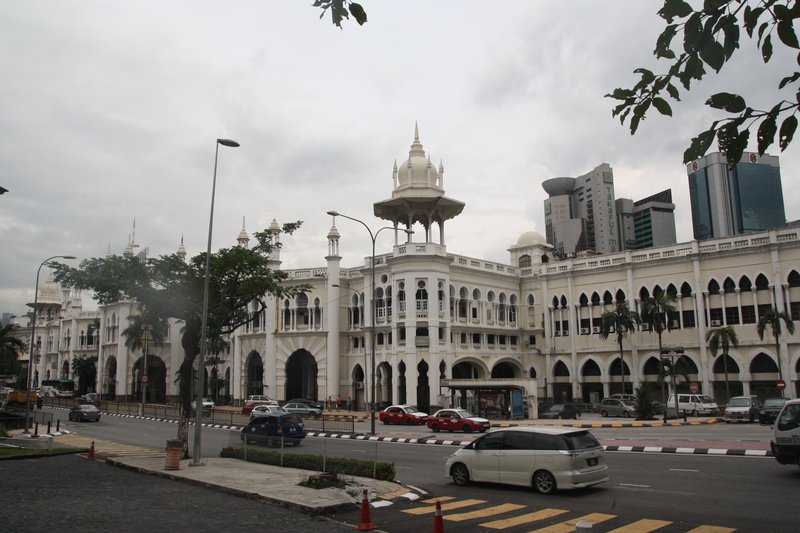 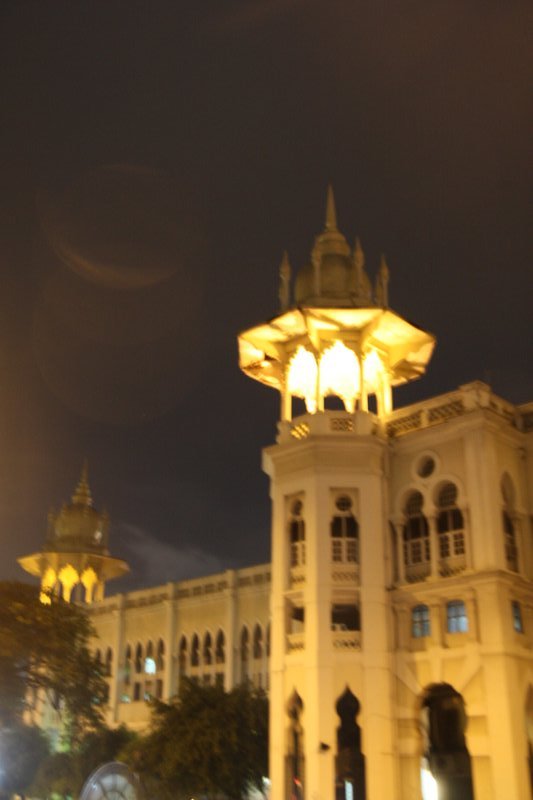 Luckily, I had a back-up - the Majestic is just outside the old station but, because it is no longer an important hub, the hotel is ridiculously cheap to stay in for one of this class. 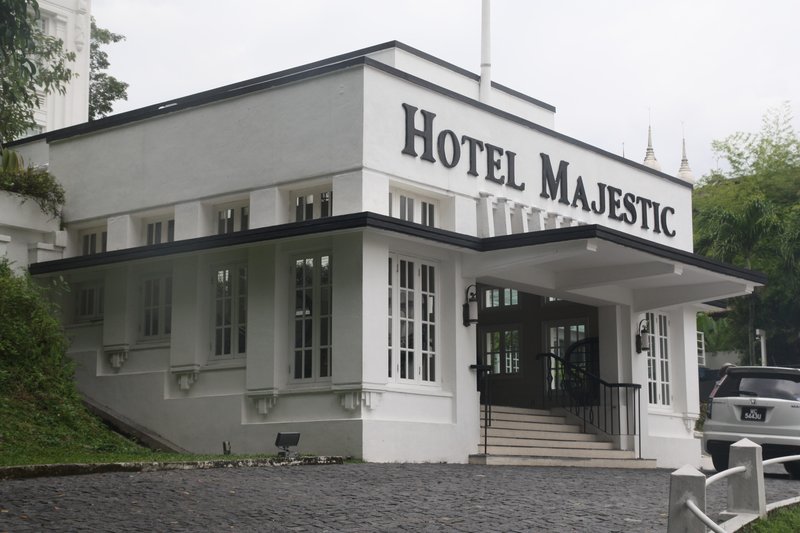 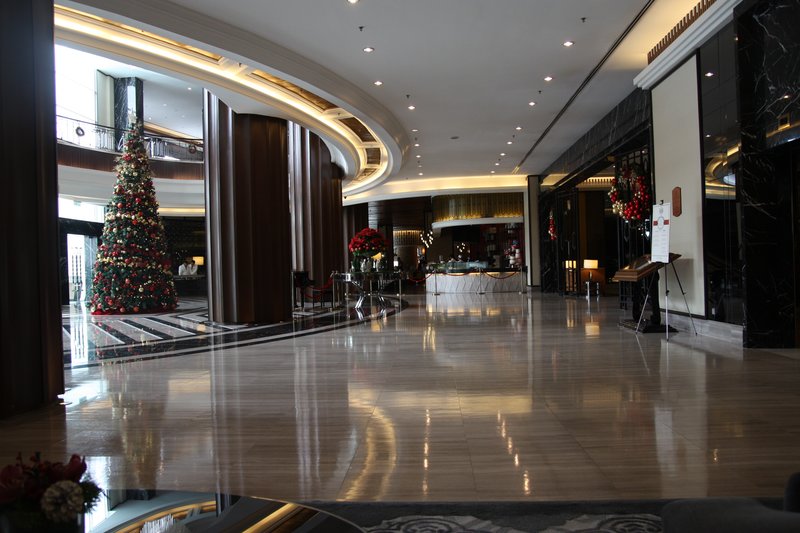 Showing its class, when I showed up all sweaty and dishevelled at 11 in the morning, I was able to check in immediately. This turned out to be a mistake - I had a few ideas of things to do but they transformed into "stay in the room", "have lunch in the Colonial cafe", have a beer in the Smoke House. The Colonial Cafe was almost empty - one person at one table, a group of three at another and then two more came in as I ate my Hainanese Chicken Chop - basically a chicken thigh de-boned and belted flat, with a sauce tasting most strongly of worcestershire sauce and a few chips. Not my best dining experience. 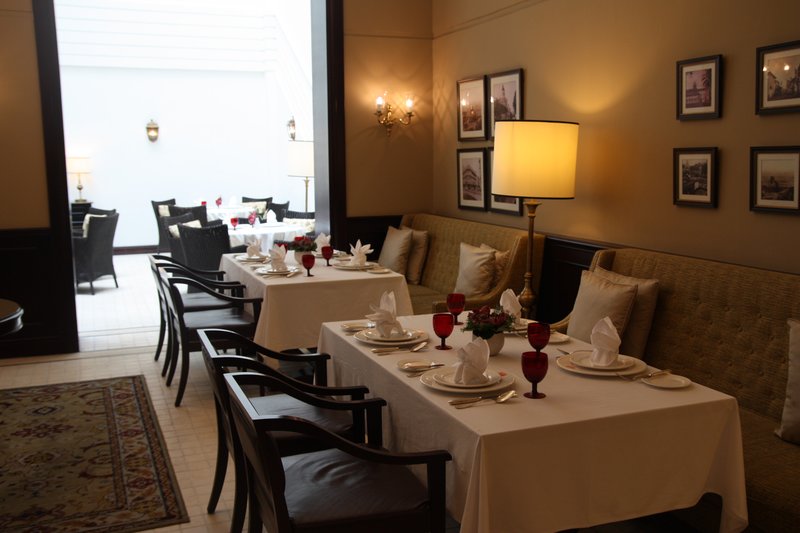 Tempting as it was, 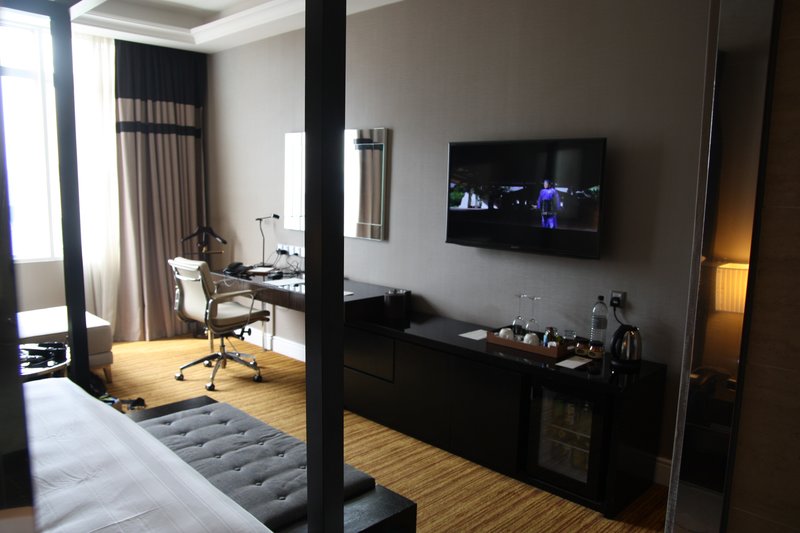 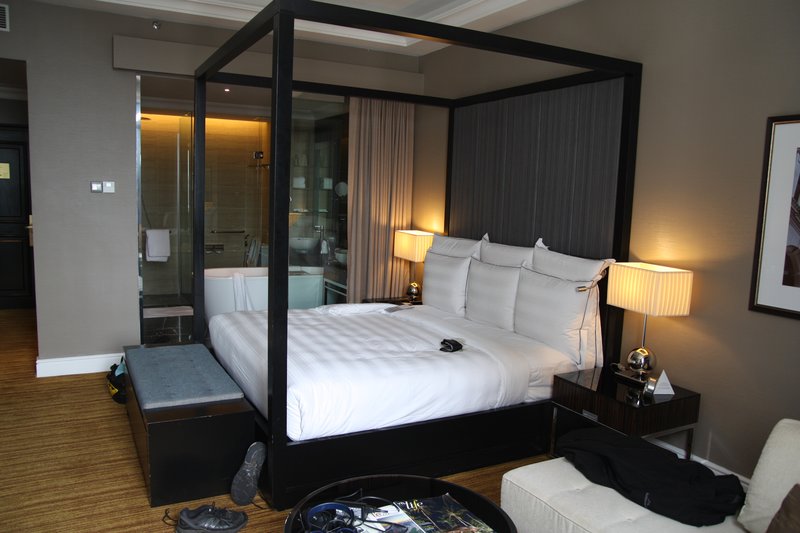 I couldn't spend all day in my room. I had to go back to the station to organise some train tickets. They have one of those queuing systems where you take a ticket and wait to be called - someone had checked the train I wanted as I joined the queue but, by the time my number was called more than two hours later, the train had sold out. The joys of booking a train around Chinese New Year. Luckily I found that I could get as far as Butterworth on one train, then catch another to where I need to go. By this time, I really didn't feel like doing much other than finding some food and then go to my room. I hadn't seen anything very appealing as I looked around the station and its new shopping mall (they're all the rage here), so popped over to the Suria/KLCC mall and just went into the place with the most people - Madam Kwans, for a curry. Since my hotel had a wee bar, I thought I should give it a go, having something they call a Straights Swing. It was an odd experience - I was the only one there, and the barman kept hovering, just across the bar from me. 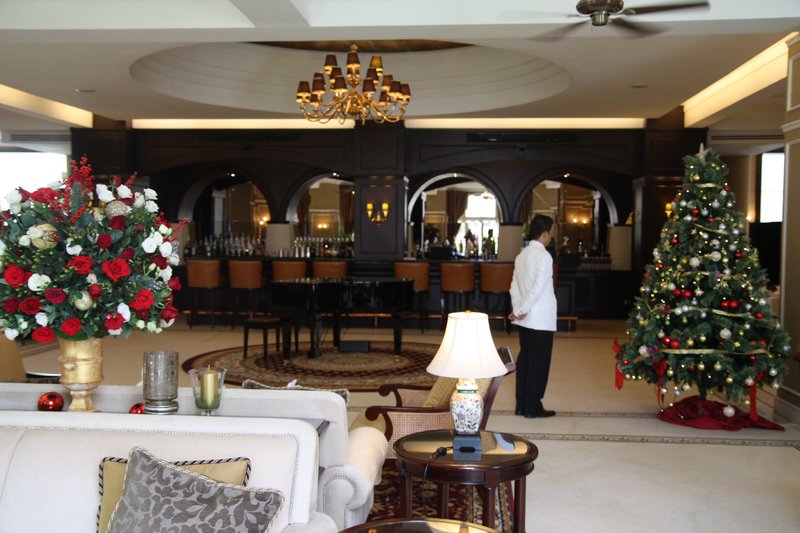 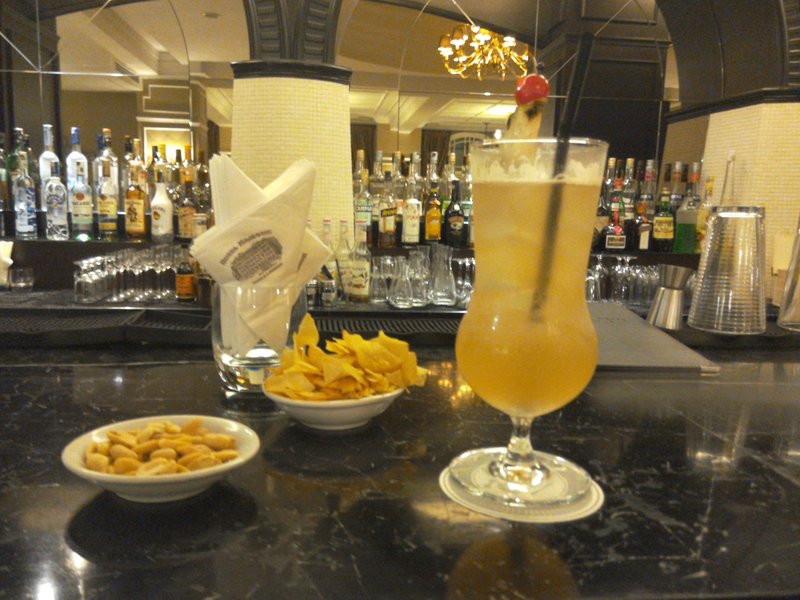 Posted by NZBarry 10:19 Archived in Malaysia