I spent my first night in Sri Lanka in a hotel near the airport, near an air force base which had a string of tin sentry boxes up on stilts along the road. As I came out of the hotel in the morning, the obviously armed soldier opposite caught my eye and gave me a smile and a wave, which I found kind of comforting. My hotel shuttle took me to the airport, where I caught a bus to Colombo: the first bit along the new expressway went well as there was hardly any traffic - the toll took about half the takings the driver had obtained from us passengers. Once off the expressway, we were in a mess of traffic on narrow streets, and had to make our way right to the other edge of the city. I had plenty of time to examine the buildings and shops we passed - none really made me think "I must come back for a walk". This is Main Street, Colombo, as seen from the front seat of the bus. 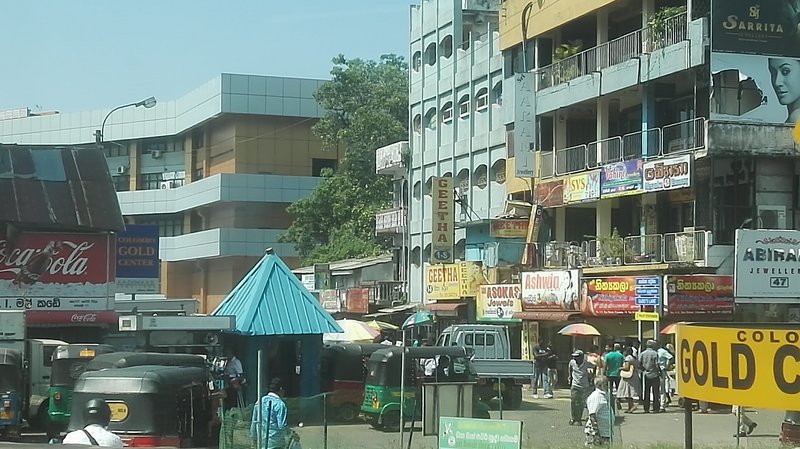 Once off the bus, it finally occurred to me that I had worked out how to get to my hostel from the railway station, but I was at the bus station and had no idea where it was. All I could see was a busy road with a market running down each side.The only directions I could get were pretty vague, so I had to just hope for the best, and luckily the railway station did indeed soon come into sight. This did not mean that my hostel was easy to find - essentially, at one point I went a block further than I should have, so it put all of my carefully written instructions out of wack. No-one had a clue what I meant when I asked about the Star Anise hostel, and it wasn't until I'd stopped for an ice cream and retraced my steps that I finally found it - actually very easy when you know how! It was a great place to stay - very new, very clean (and constantly kept clean by the staff) and right in the centre of what I called the colonial district (actually called Colombo Fort, although the fort is long gone) - the old Dutch hospital was a couple of blocks away and many of the buildings were British banks. The President's Palace was just down the street. 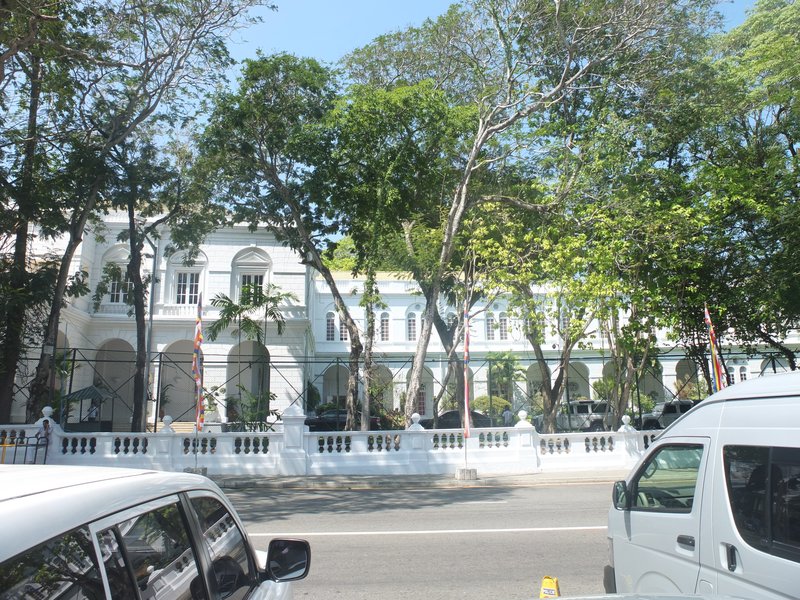 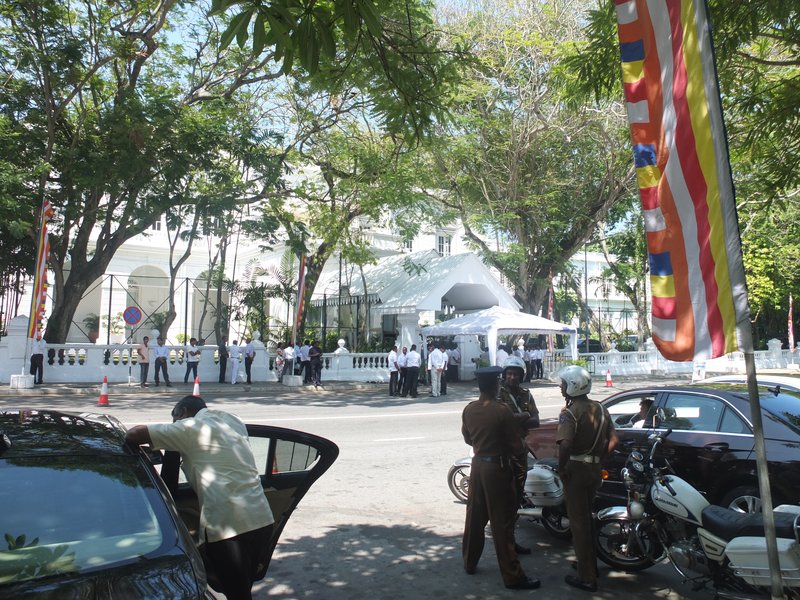 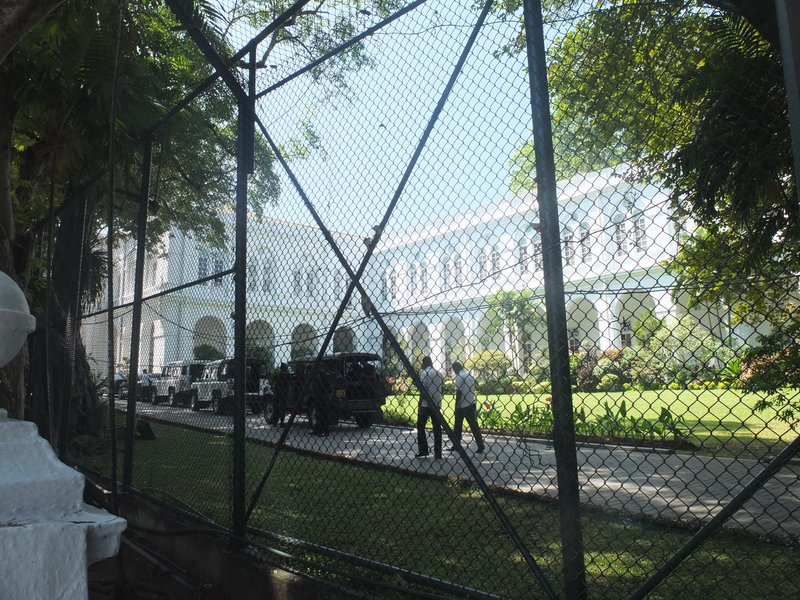 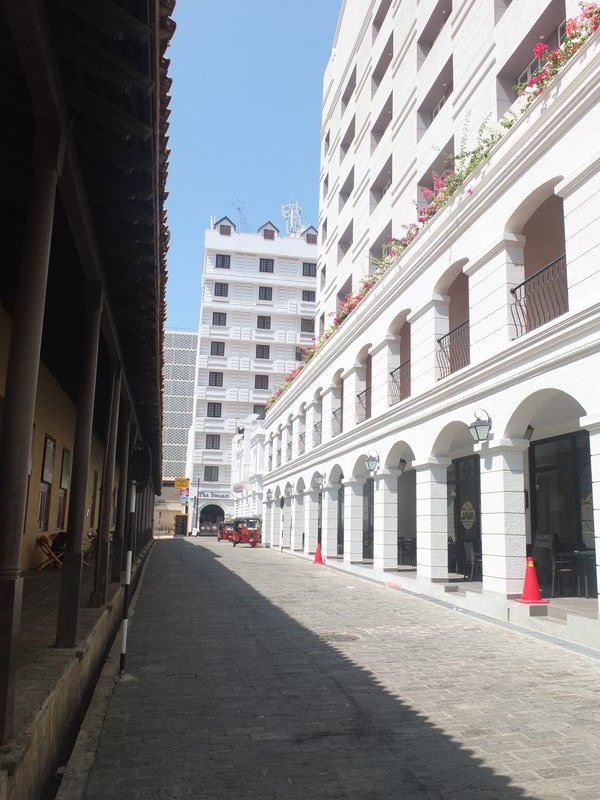 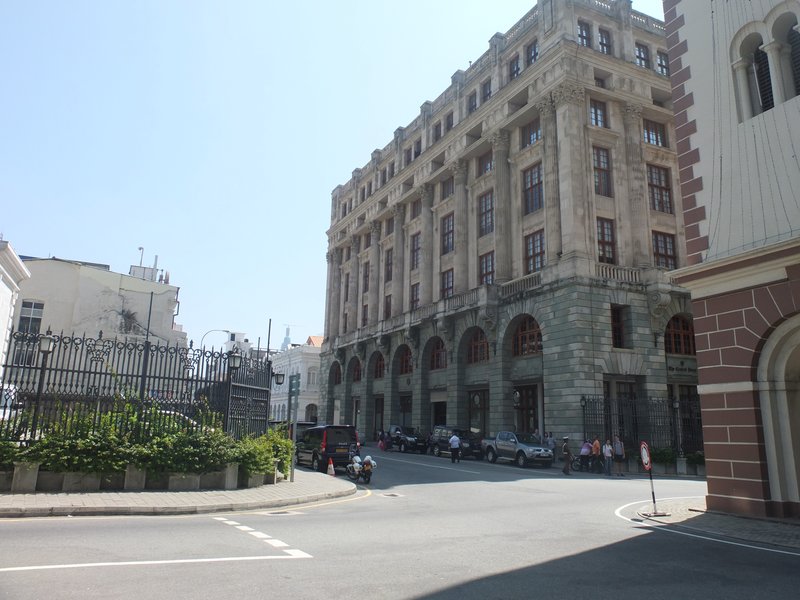 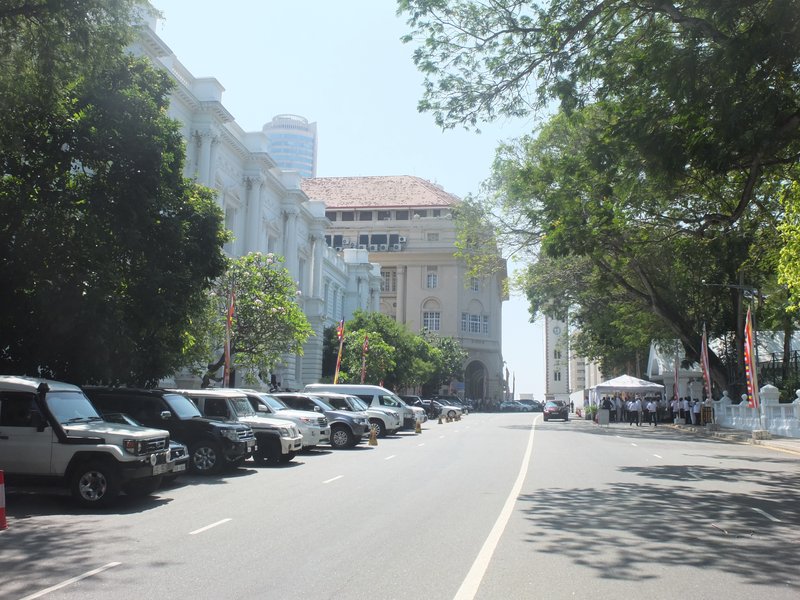 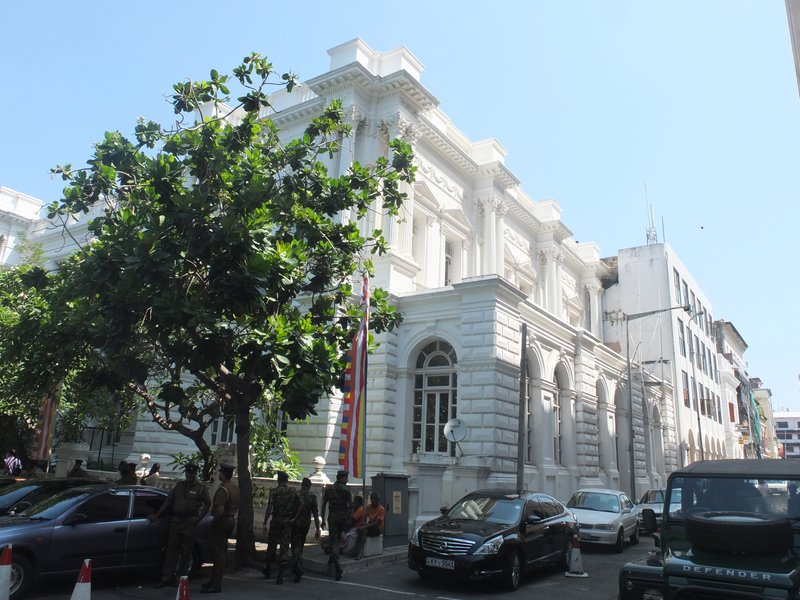 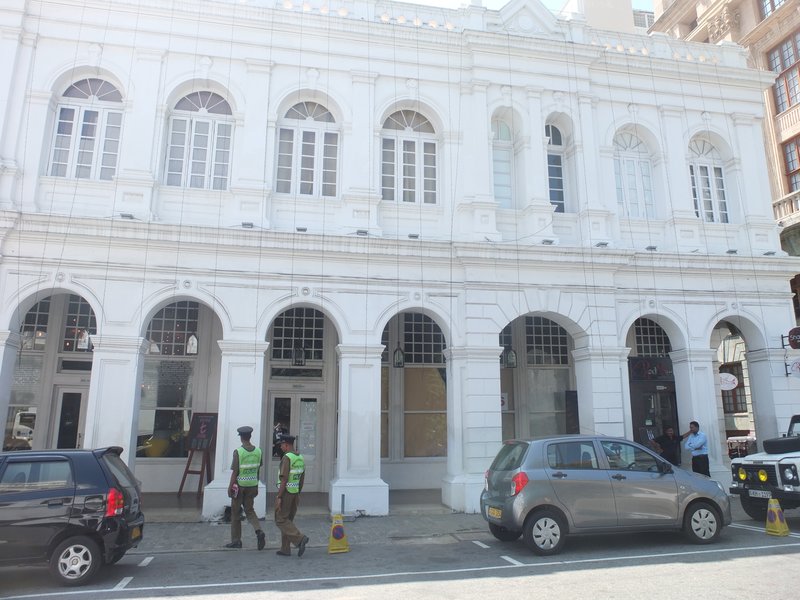 The old Dutch hospital has been converted to a collection of posh restaurants, bars and boutique shopping. My first dinner was here - a couple of the local beers (Lion) and some sort of spicy chicken dish. I was having a last drink when the couple at the next table invited me to join them. They were Brits, caught out by the changes at the airport so needing to fill in time until their very delayed plane left. She was from Halifax, in Yorkshire, they both worked in journalism and had lots to say about their trip around Sri Lanka so it was a great way to spend my first proper night in Sri Lanka. 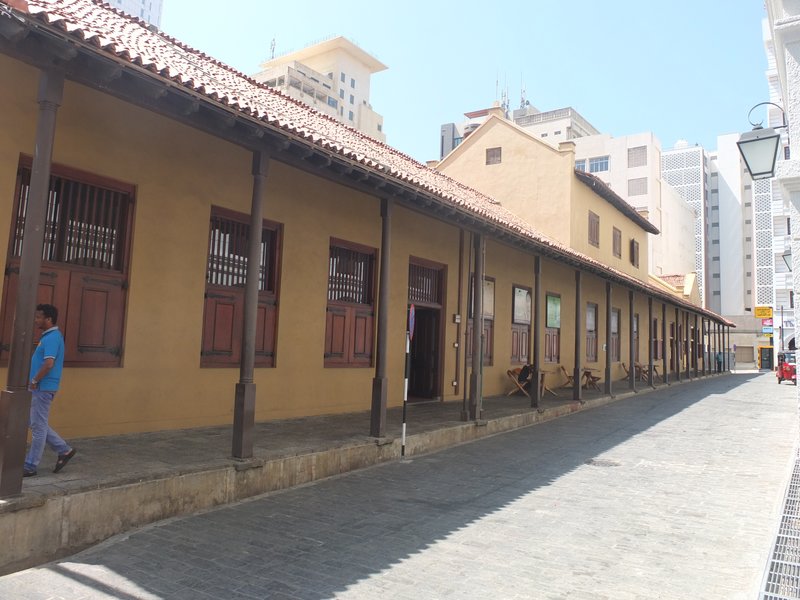 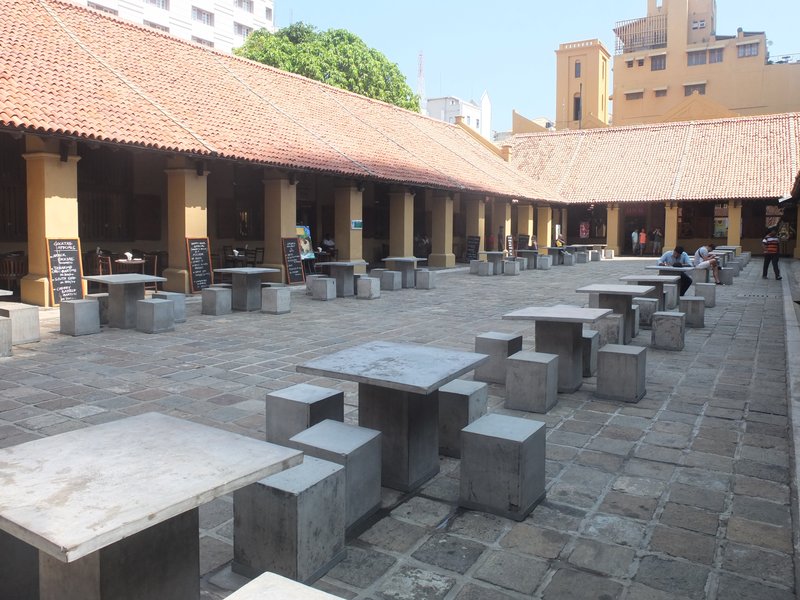 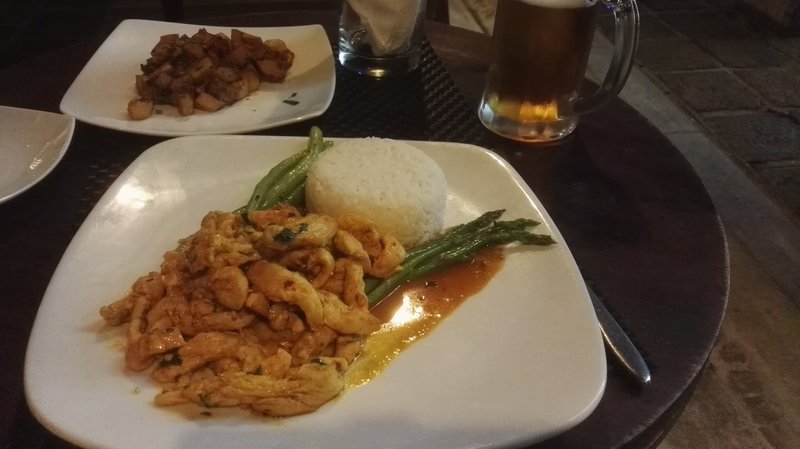 In my previous post, there are some photos of the fancy Dilmah tea shop. There's another tea place near where I stayed which was stubbornly closed all weekend, then I was off in another part of Colombo, so I ended up only getting to the Pagoda Tea Rooms once. Its very old school - quite formal waiters bringing tea, with rather nice cakes and cookies. This is the kind of place I look forward to finding, given all the tea there is in Sri Lanka. 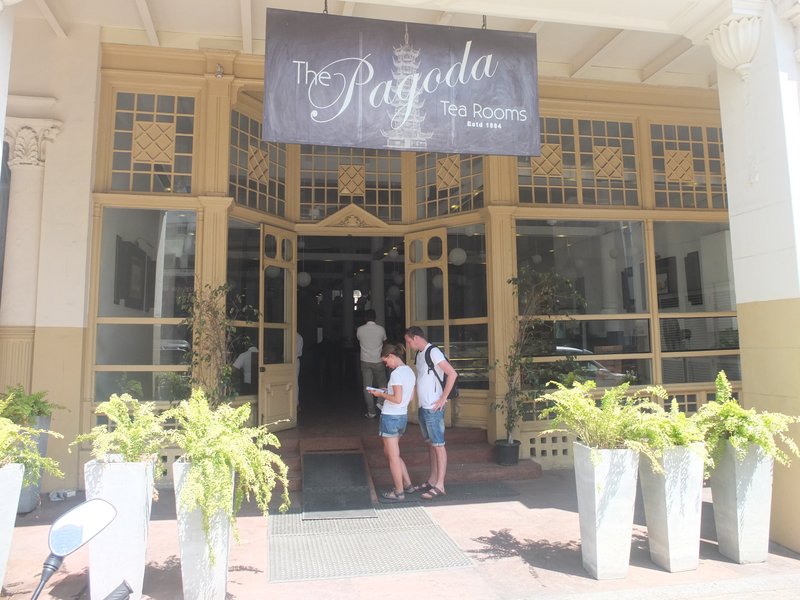 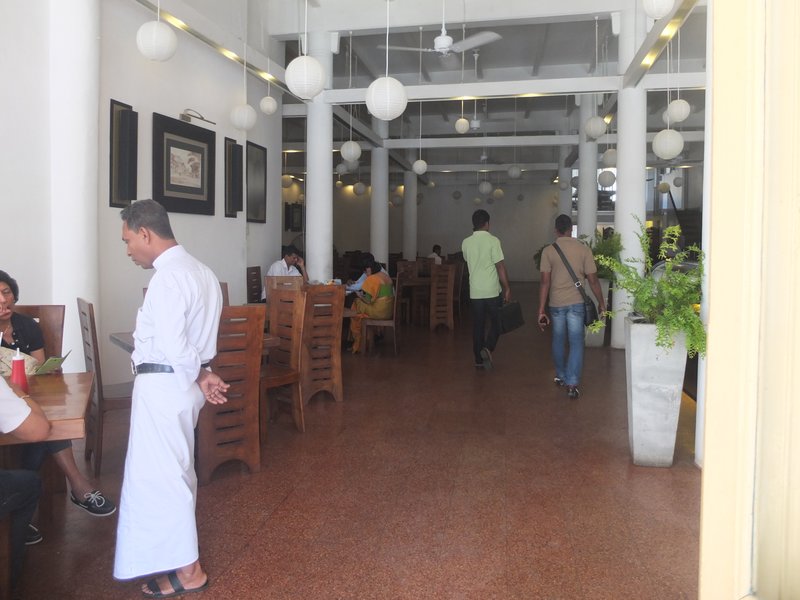 Walking down the street which runs past the Presidential Palace towards the sea, I came across the rather good looking Kingsbury Hotel. Opposite it is a building I just could not identify - it has some signs, but they're all written in Sinhalese. I've now been able to identify it as the Presidential Secretariat Office, which had been the Parliament building. The Presidential Secretary is essentially the Secretary of State - the senior civil servant, and is the modern version of the former secretary to the Governor-General. 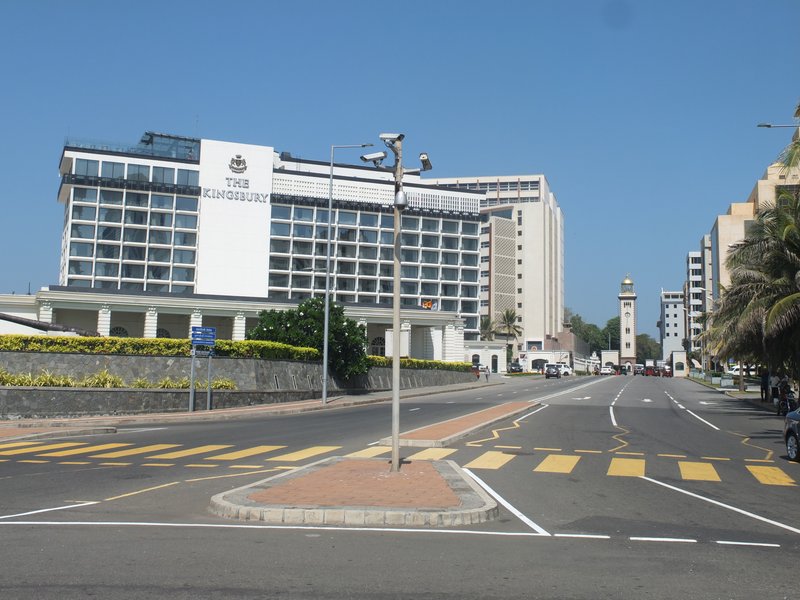 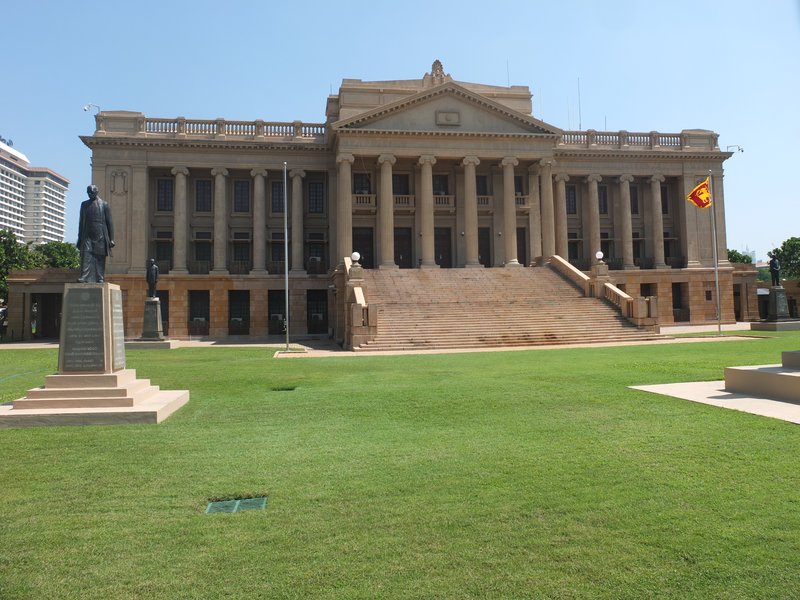