There's more to Gori than Stalin

Just down river, there is an ancient cave city called Uplistsikhe - carved into the rocks. This is said to be one of the oldest surviving places settled in Georgia, some 3,000 years ago, but around 700 years ago, it came under attack from Genghis Khan and was largely abandoned. It doesn't really seem to be my sort of thing, as there's not much intact now (thanks to an earthquake), plus it is raining and a lot of clambering is needed. Here are a couple of bloggers I follow who did actually go.

For similar reasons, I don't visit the church that stands on a hill high above Gori - it is a 3 hour hike. Apparently, to celebrate St George, the locals take sheep up there, walk them around the church three times and then sacrifice them.

What I do do is visit Gori Castle, which is on a hill in the city itself. 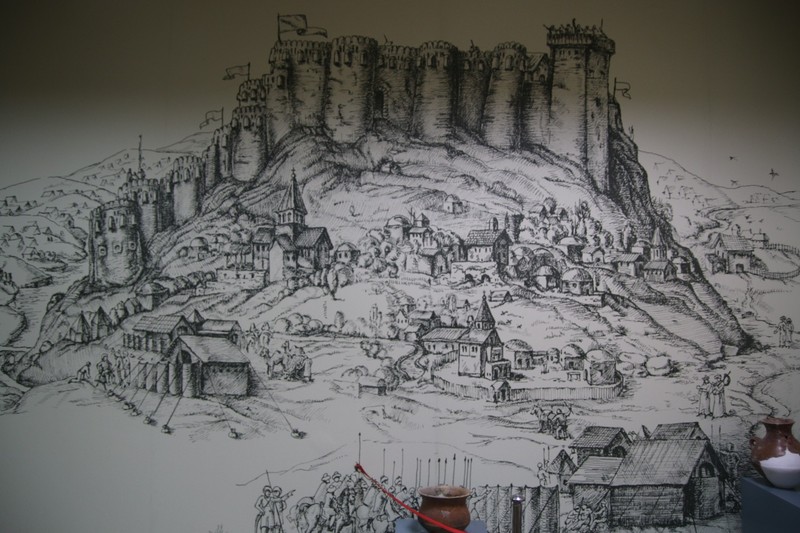 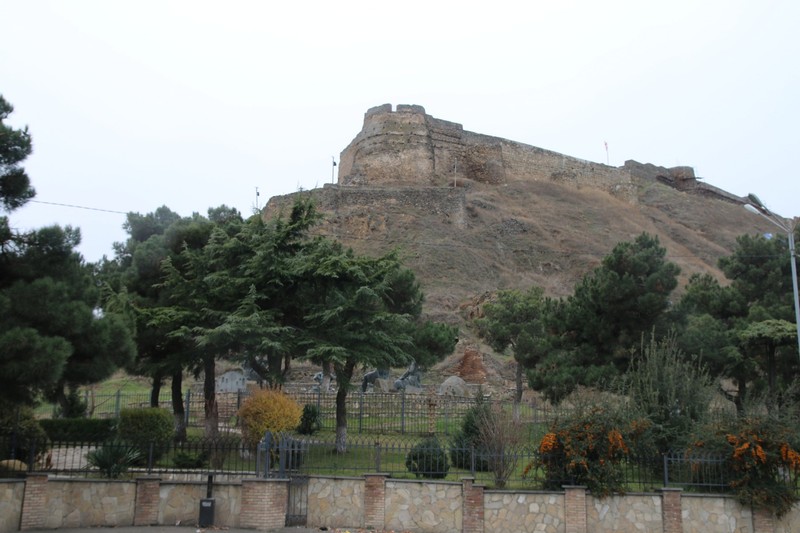 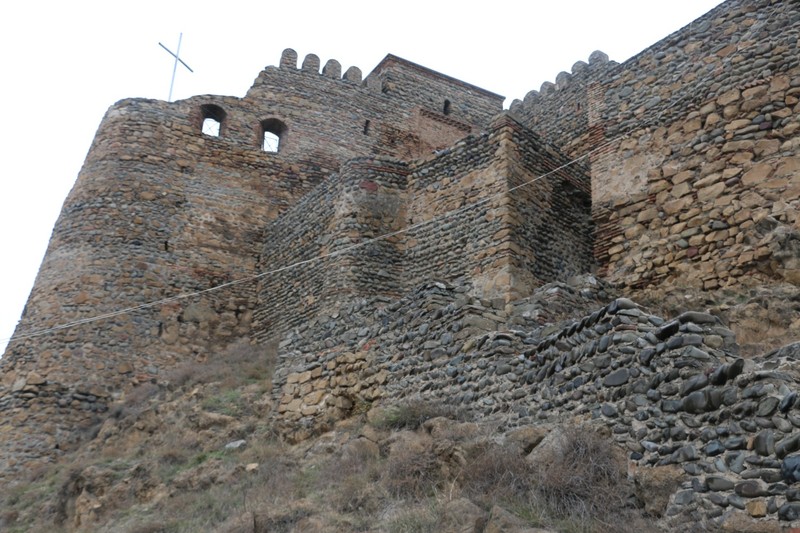 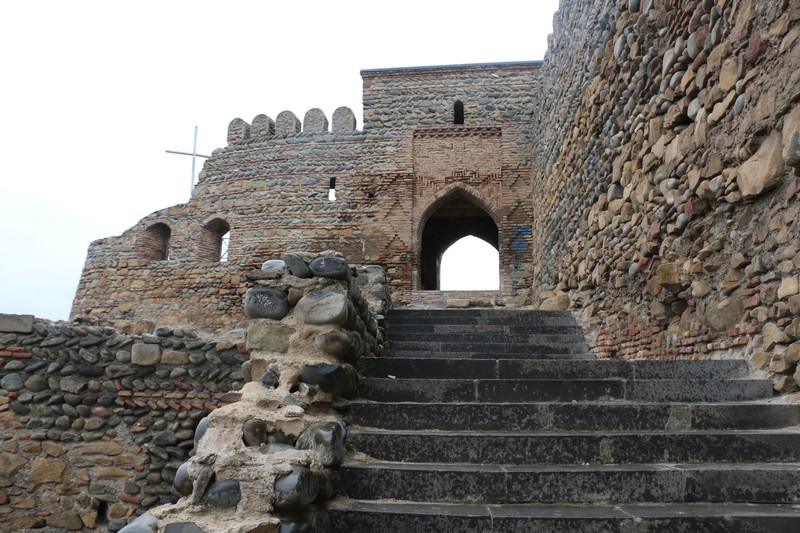 At the base of the path, there is a collection of sculptures - the Memorial of Georgian Warrior Heroes. I don't know if the heroes were damaged and these are faithful reproductions, or if the sculptures are falling apart. 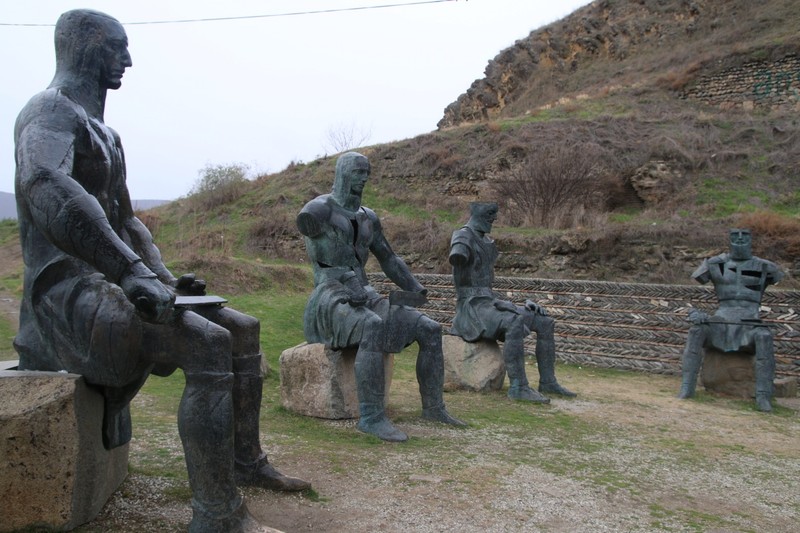 Only the walls remain, but I am able to look out over Gori - it is a pretty undistinguished looking place from up here: 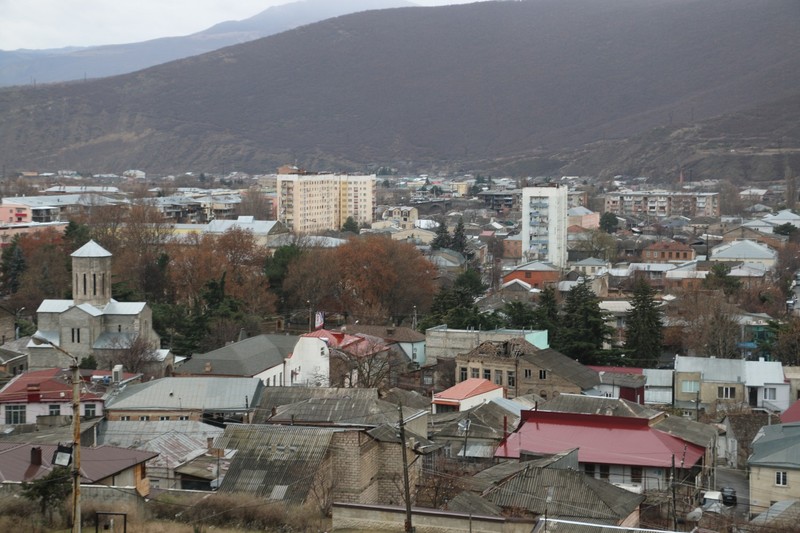 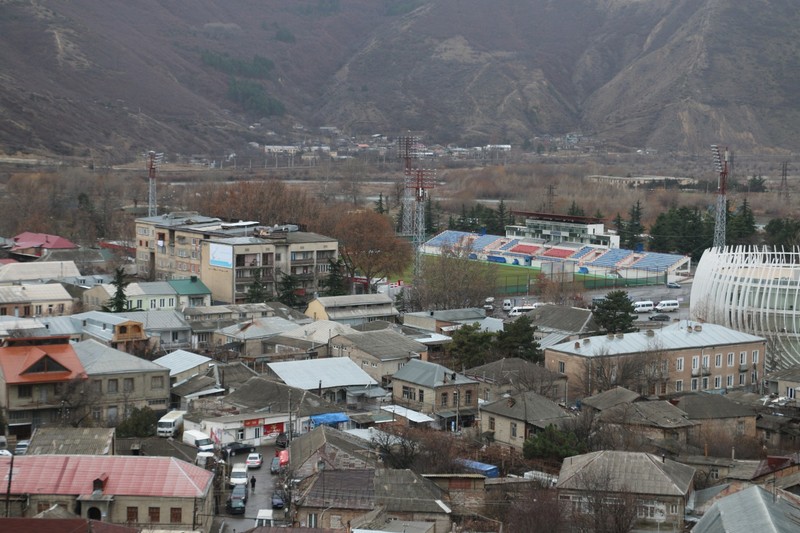 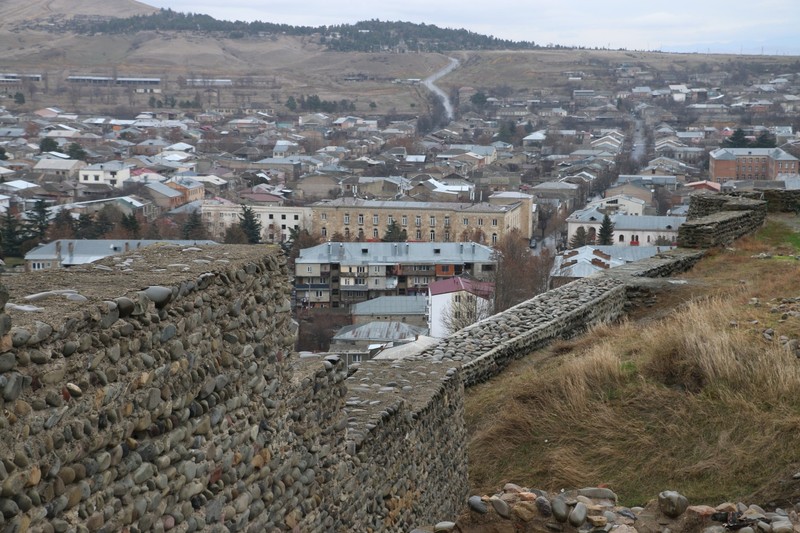 Coming back into the centre of town, I find myself in a few streets of modern housing, boutique shops (most are empty) so obviously there is some effort being made to look to the future. 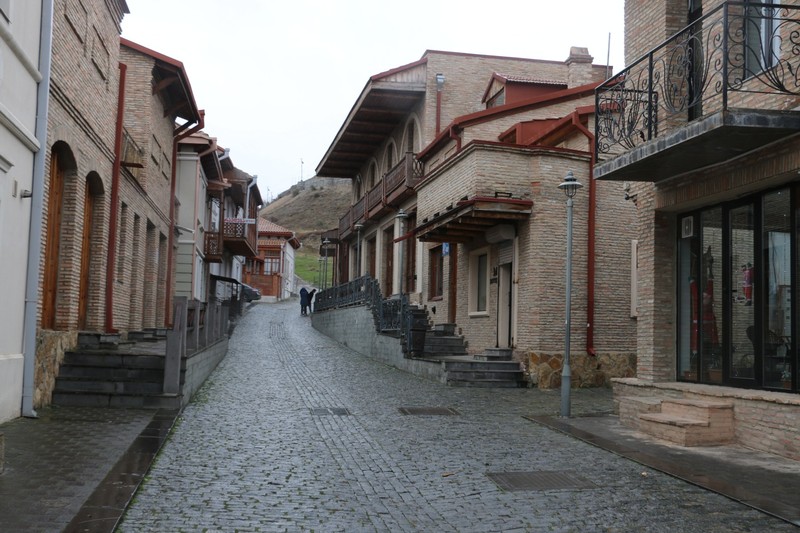 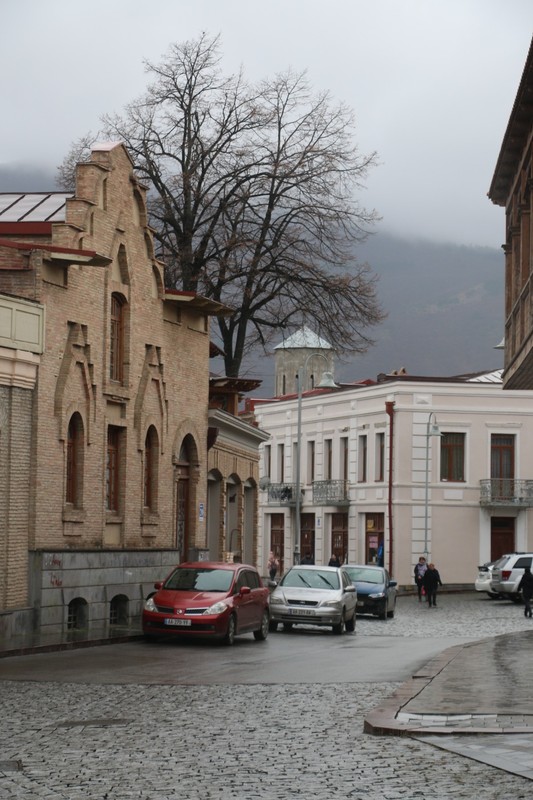 Not far from the Stalin Museum, there is the Historical Ethnographic Museum. It is a fairly small building, with all the exhibits on the first floor. Although I don't actually have a tour, there is a young woman there who points various things out and is good about answering questions. I am not sure she understands what I am saying when I start talking about emojis - which is what these make me think of - but tells me that they are fertility symbols. 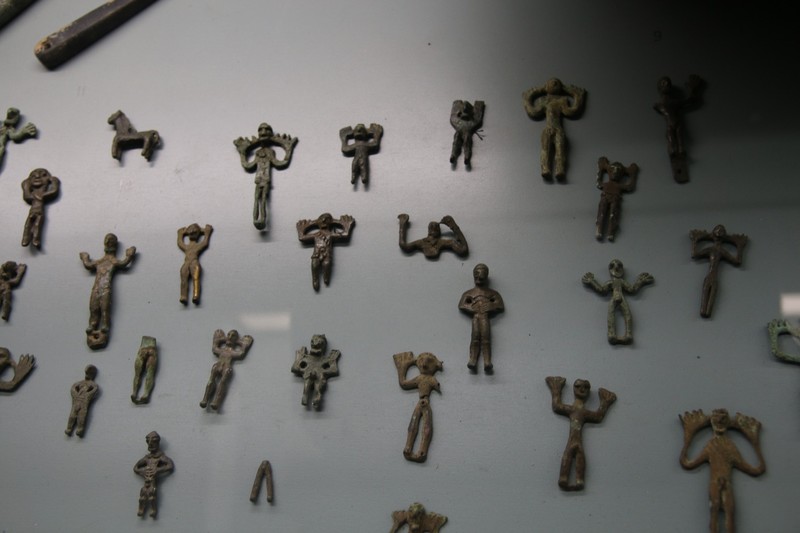 The people here used to live - more than a million years ago - in these wee huts with a central hearth. The bottom photo is of a portable hearth or, as I like to think, a prototype of the barbecue. 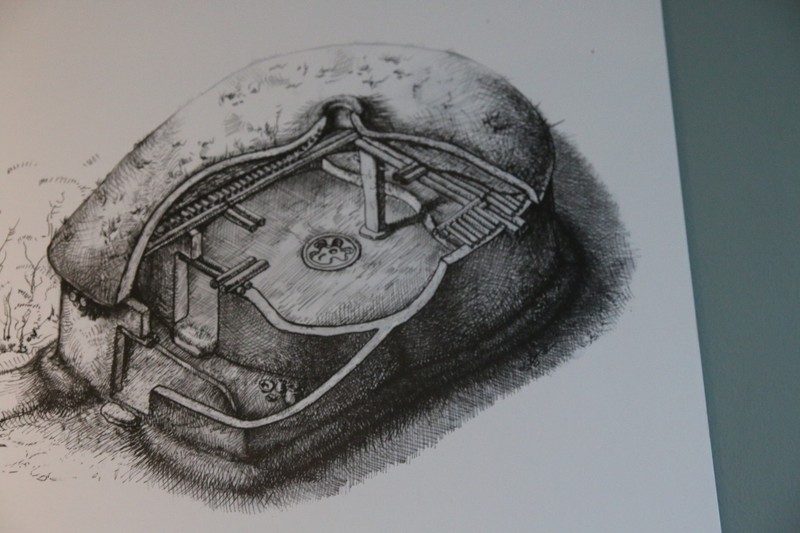 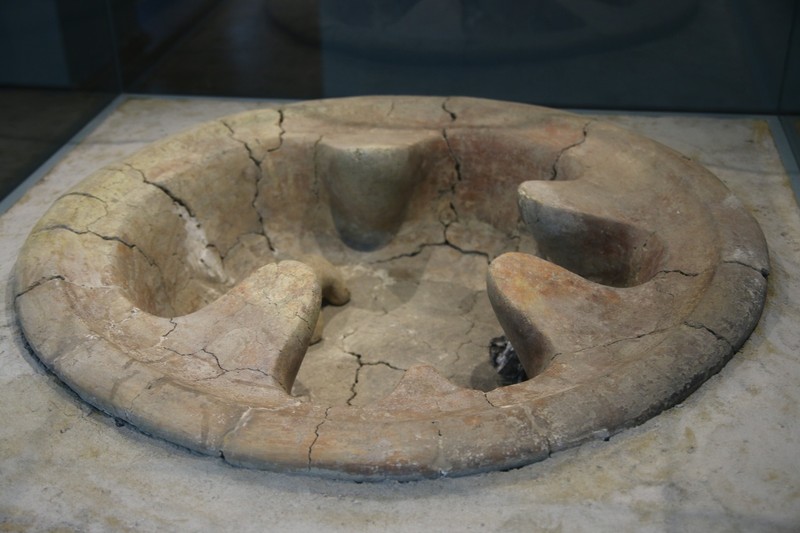 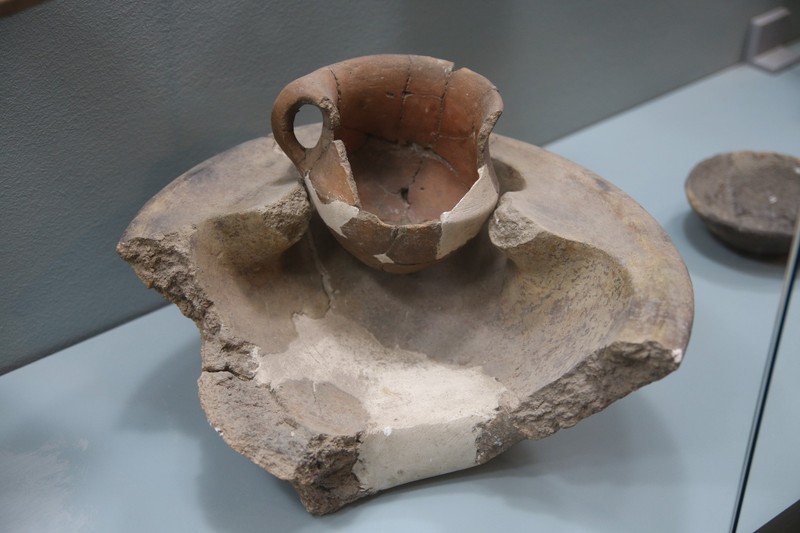 There are collections of local clothing, cookware, musical instruments and the like to give some idea of what the locals are into or have been into in the past. 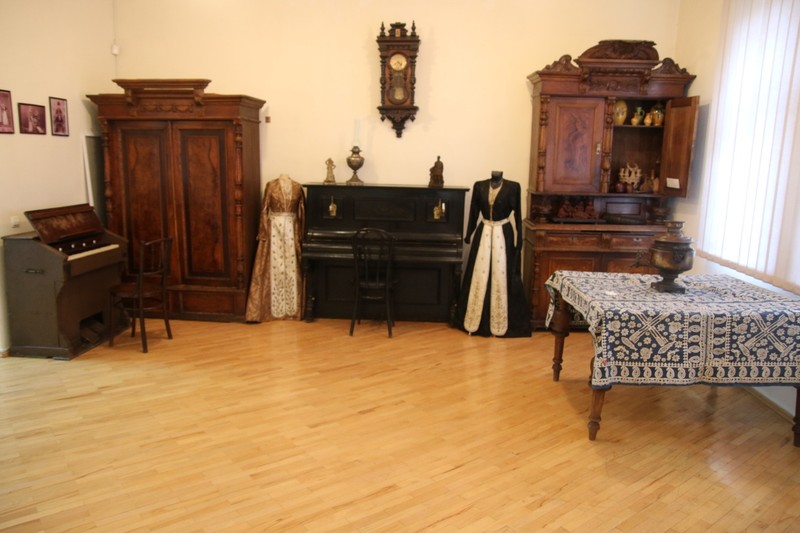 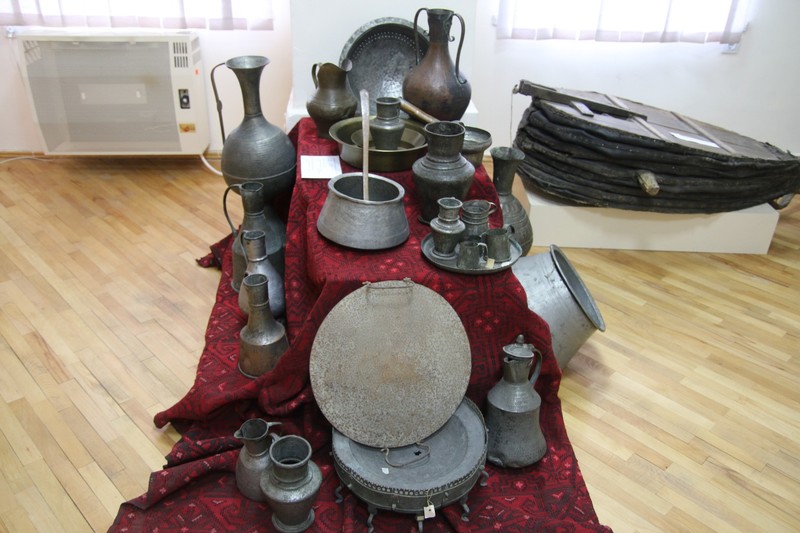 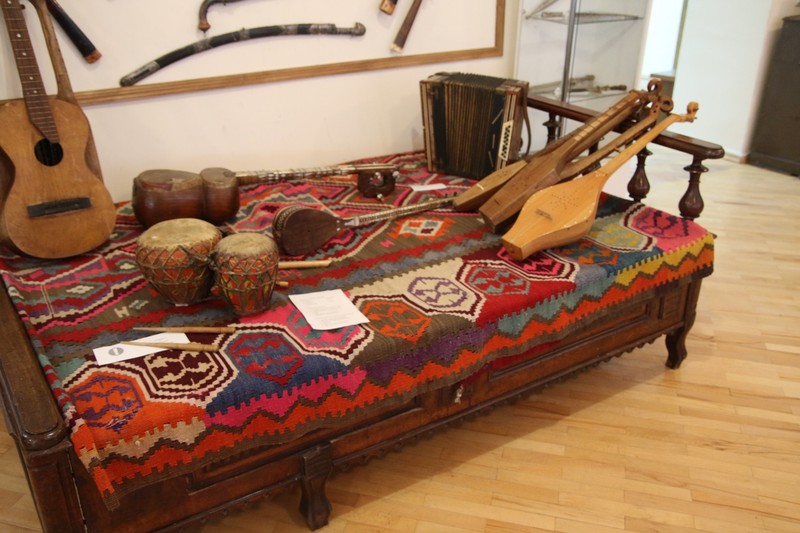 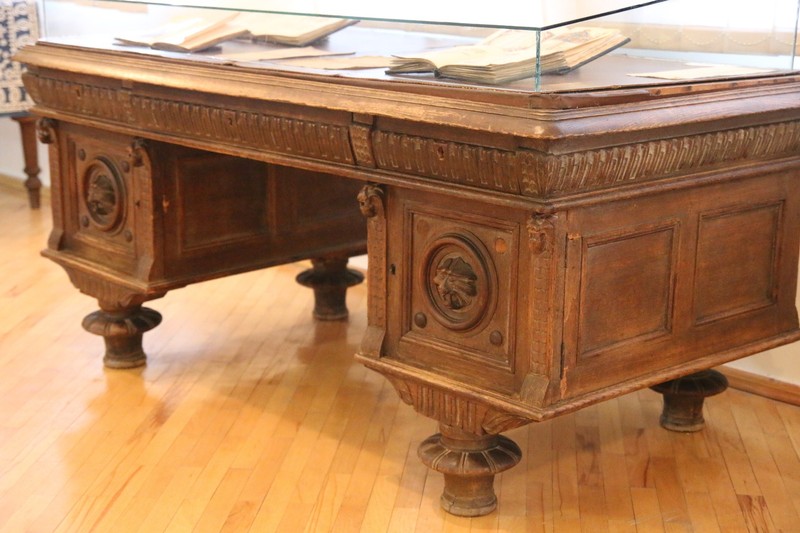 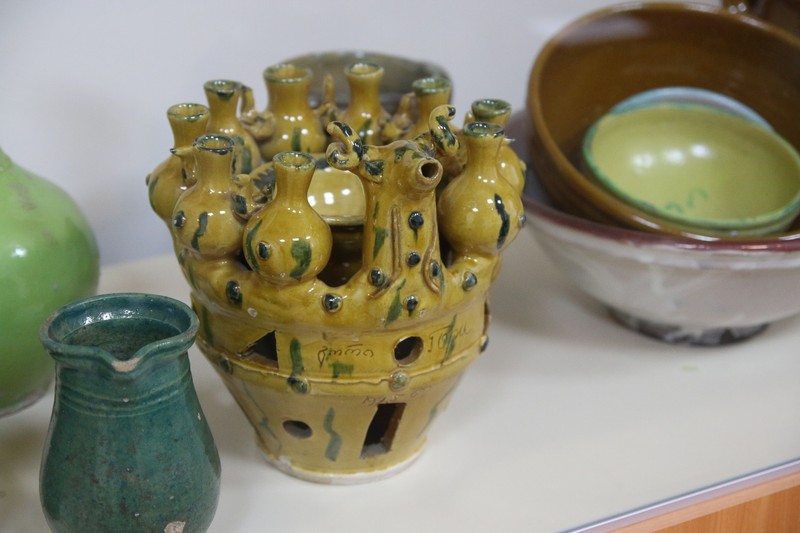 I end up quite liking my 24 hours in Gori - there are things to see and I find several places in which I am fed well - so am glad to have made the effort to stop here.

Posted by NZBarry 02:38 Archived in Georgia

You have wonderuful stories, Barry, good for you!