I spent most nights in Tbilisi on the Left Bank of the Mtkvari River, but not a whole lot of my time there - the Old Town and lots of other things are on the Right Bank. Still, there are some decent things to see in my neighbourhood. The main street is D. Aghmashenebeli - named after a King from nearly a thousand years ago (David IV The Builder), who is given credit for repelling the Turks and kicking off the Georgian Golden Age. It is a bit of a frustrating street - nice neo-classical buildings from the 19th century but I walk up it for about a mile without finding a basic place to sit down and have a drink - no bars at all.

That said, on my first walk up it, I find a restaurant which is quite famous. I only go in because it looks intriguing (there are even canaries in a cage in the corner, quite talkative ones) but it turns out that Barbarestan has quite the backstory, one which has even featured in the New Yorker Magazine - until 2015 it was struggling along with nothing in particular going for it. The owner went to a flea market and picked up a cookbook published in 1874 (written by Barbare Jorjadze, one of Georgia's first female authors and probably its first feminist). Seventy years of soviet rule erased many of these recipes from Georgia's cultural memory, so the owners of Barbarestan decided to bring them back. Apparently the family running the restaurant cooked their way through all 815 recipes, although nowhere near that number of dishes feature on the menu. To my shame, none of this is known to me when I dine there - I just think the things on the menu sound really strange and don't look too closely at them, having a steak instead. It is a busy place - I am seated near the door and see many people sent away.

One place I do go to a lot is opposite the Marjanishvili station, Entree cafe - just a small place with maybe ten tables, but a lot of baked goods and decent coffee - I go in at least once a day and it doesn't take long before the staff recognise me - even when I go away for a few days and come back. 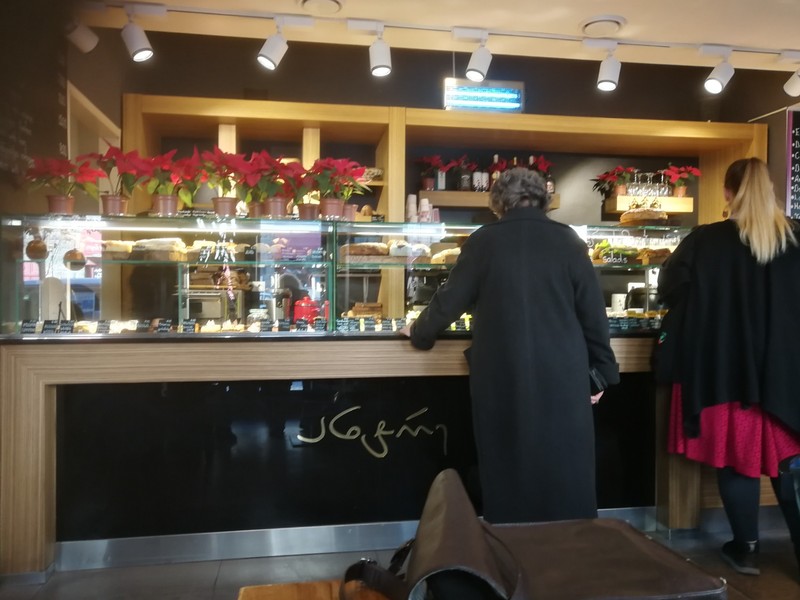 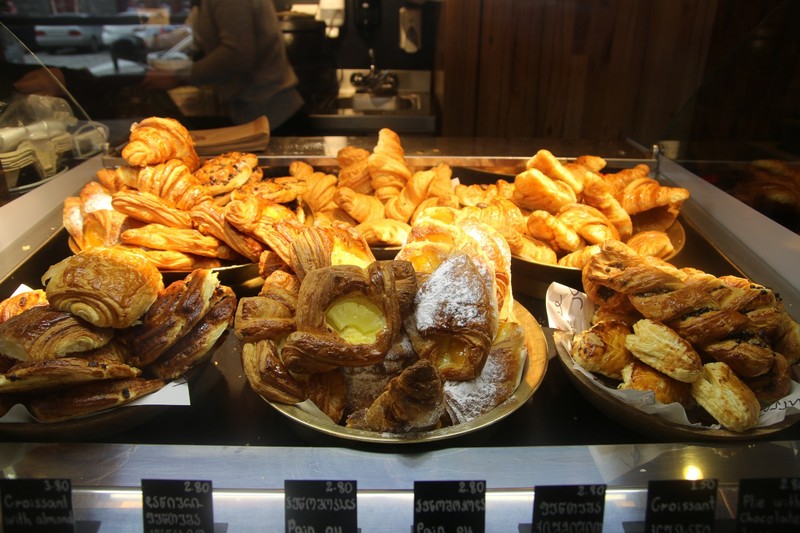 It is on Marjanishvili Street, site of the Marjanishvili performing arts theatre (no signage is in English so I don't go in), which has its own cafe. I only go in to the cafe once and am given very special treatment - I only buy a coffee, but they give me a free (and delicious) biscuity thing (I do ask what it is but don't understand the answer) and then they give me a flask of coffee, asking me to tell them whether it is any good. 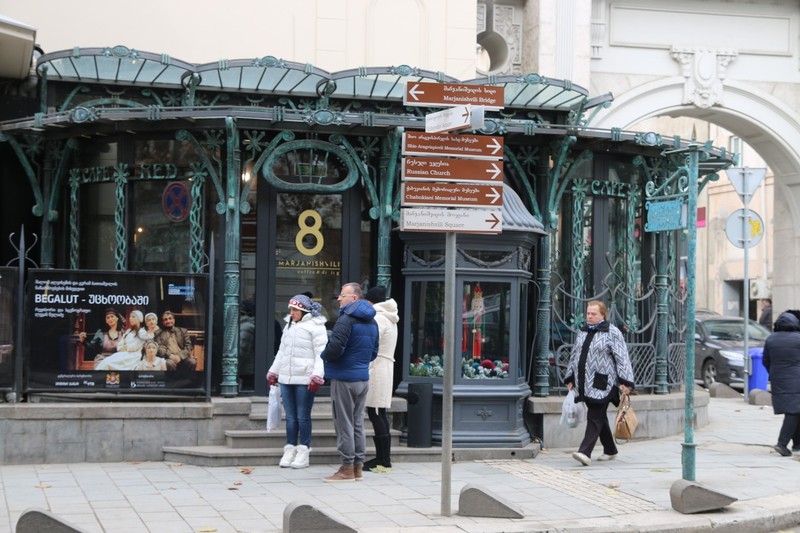 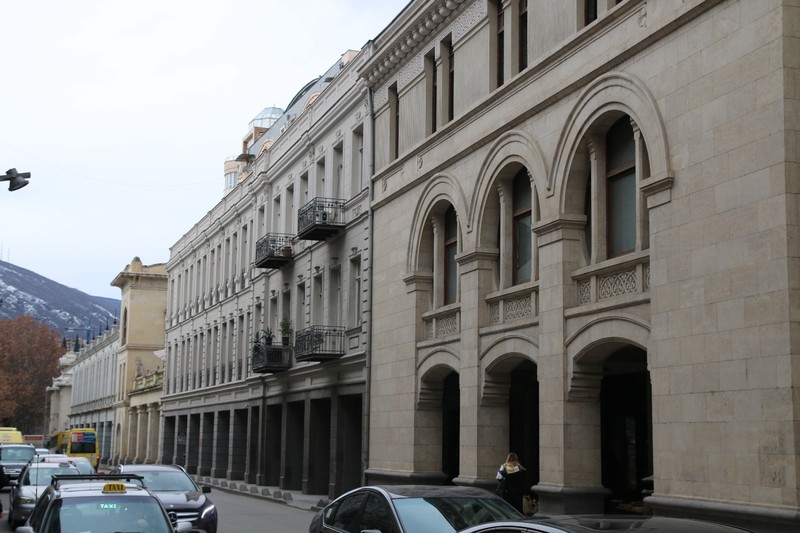 Going south down Aghmashenebeli Avenue, the buildings are a bit less special but there are a couple of famous places to stop in at. One is the Laghidze Water shop - which basically only sells lemonade and has done so since 1900, but in Georgia lemonade comes in many flavours, so we're talking fizzy water to which a flavour syrup is added. Chocolate lemonade doesn't sound very appealing to me, so I go for a lemon flavoured lemonade. There is also a Khachapuri (cheese pie) bakery called Machakhela- there are three or four women all clad in white in a glass-walled room busily rolling out pastry, filling it, and baking it the whole time I am there. 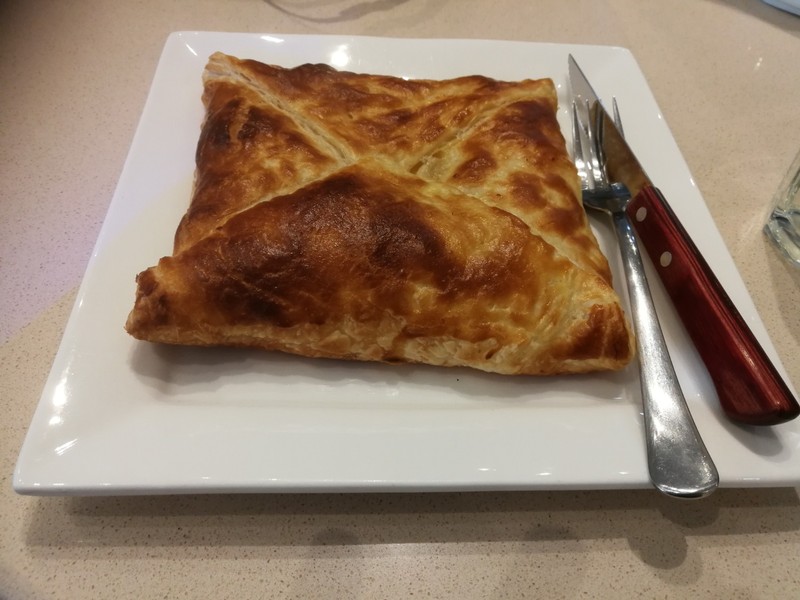 Towards the end there is a block or two of bars and restaurants - none showing many signs of life any time I walk through: 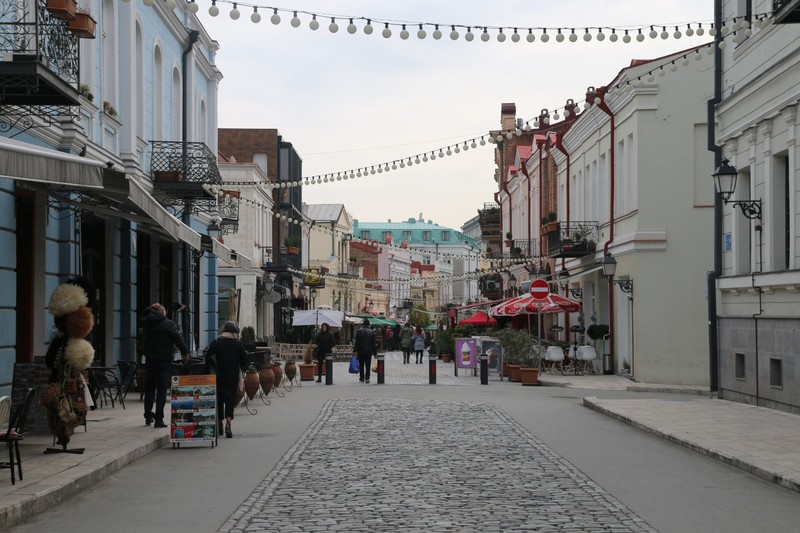 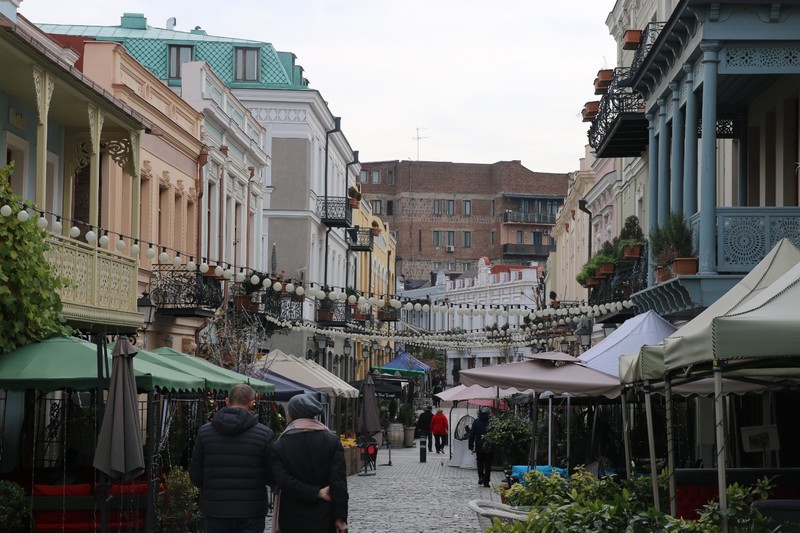 The Presidential Palace is up on the hill above the street (I do go up there, but that's another post) 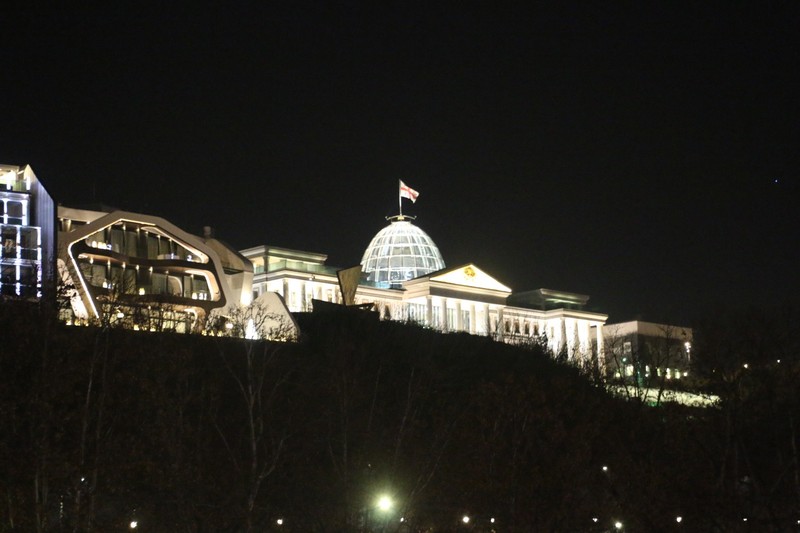 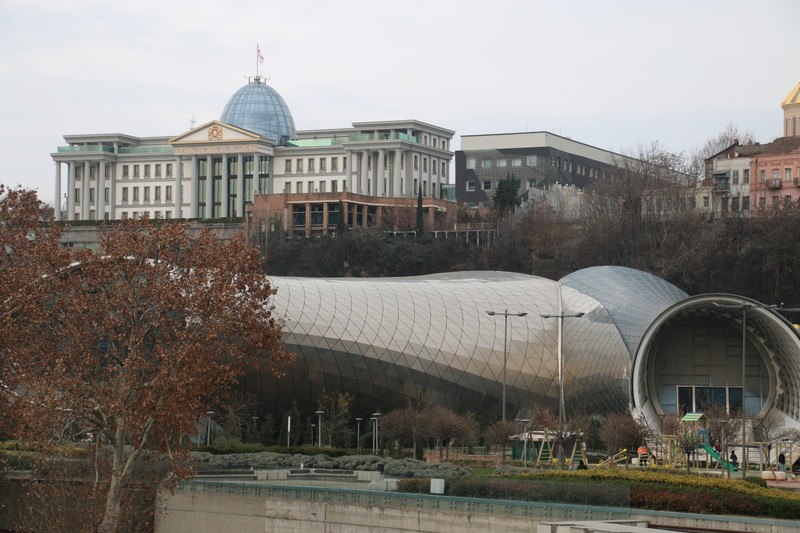 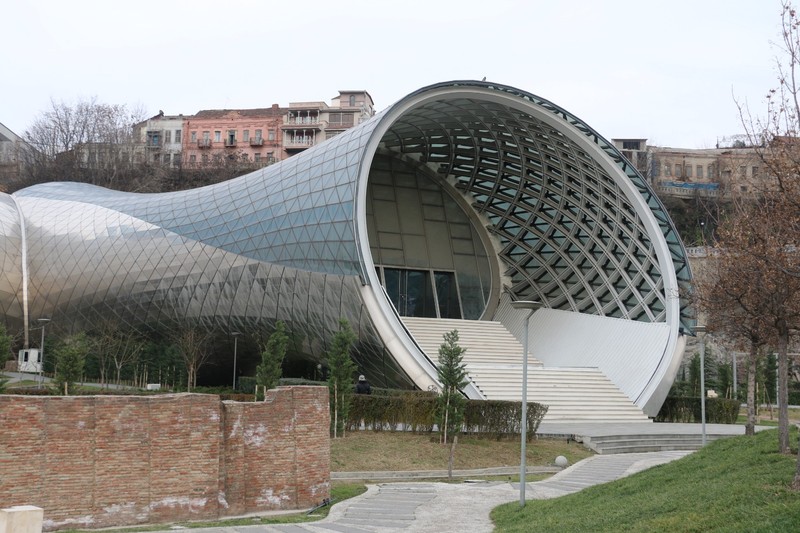 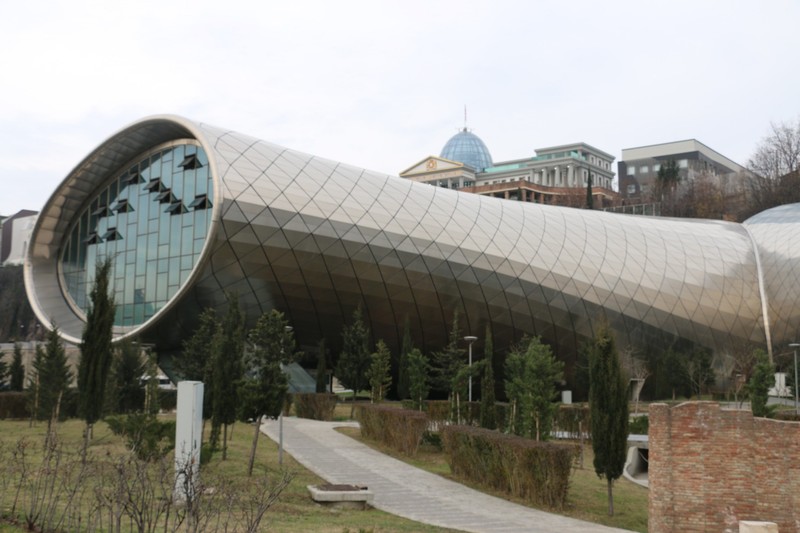 It is in Rike Park - a pretty splendid park, apparently quite new, and one which cost 2.5 million Euro. I am stopped in my tracks as I go in by a fellow with a very brightly coloured bird, one I don't initially believe to be alive, but sure enough, it is. Beside him is a steampunk tree. 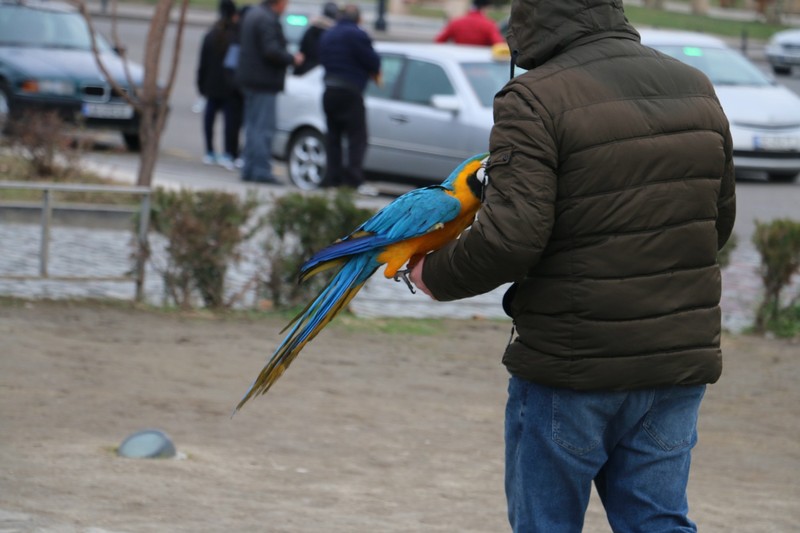 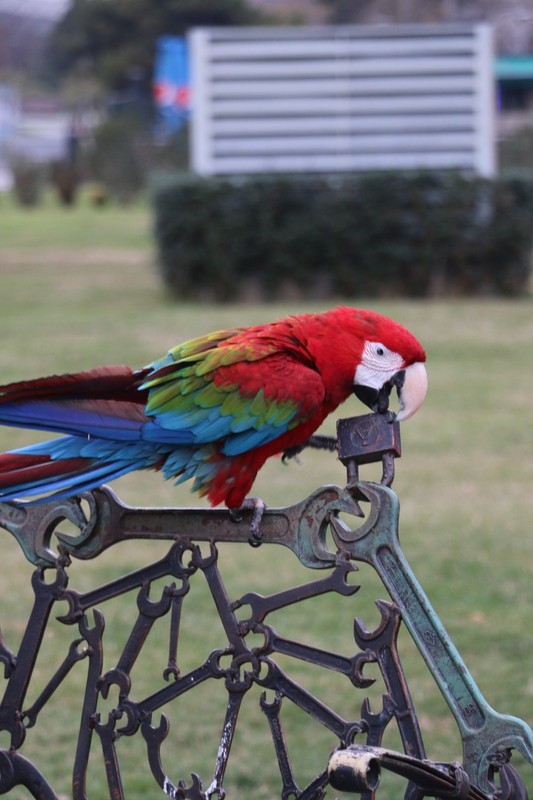 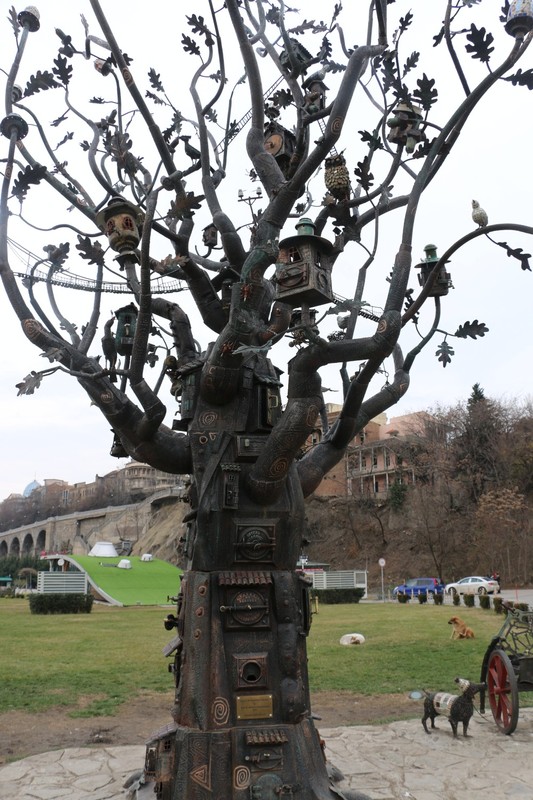 There are other things to see, like the oversize grand piano, and a band is playing near the entrance from the Old Town 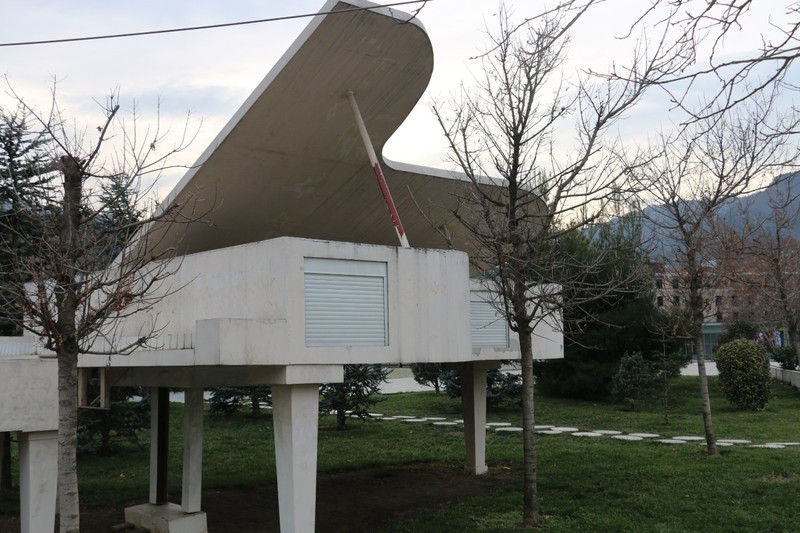 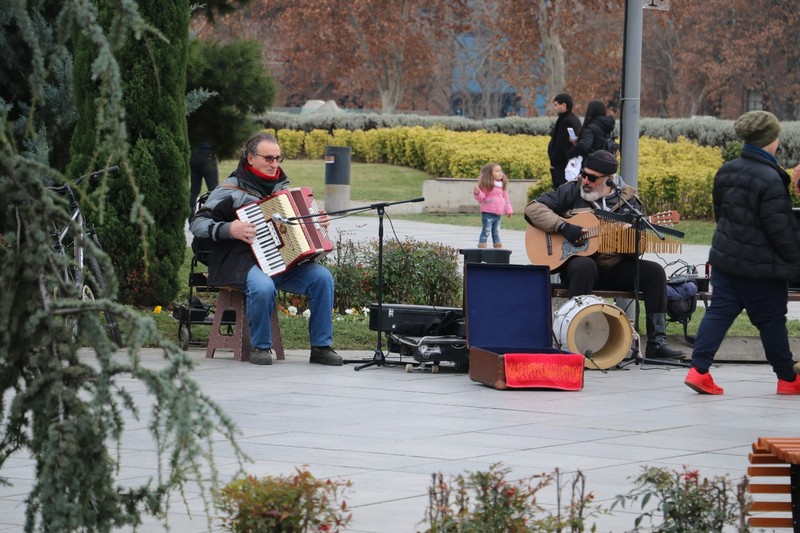 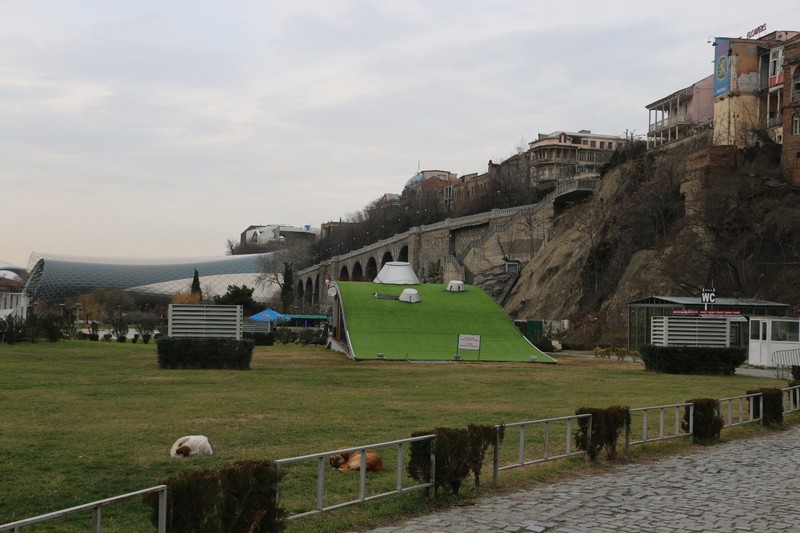 To get to the Old Town, you either go up in the Aerial Tramway and walk back down or you walk across the Bridge of Peace - also built around 2010. It has unkindly been nick-named the Always Ultra, because some think it looks like a Maxipad (I wouldn't know!): 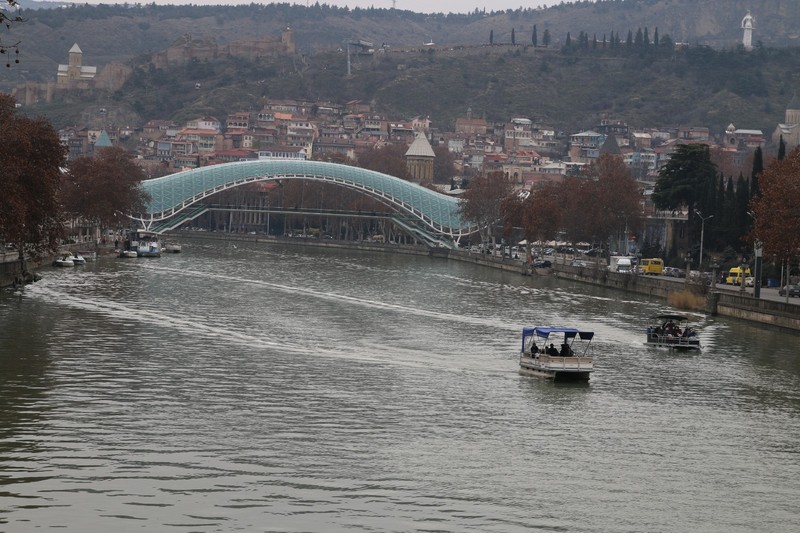 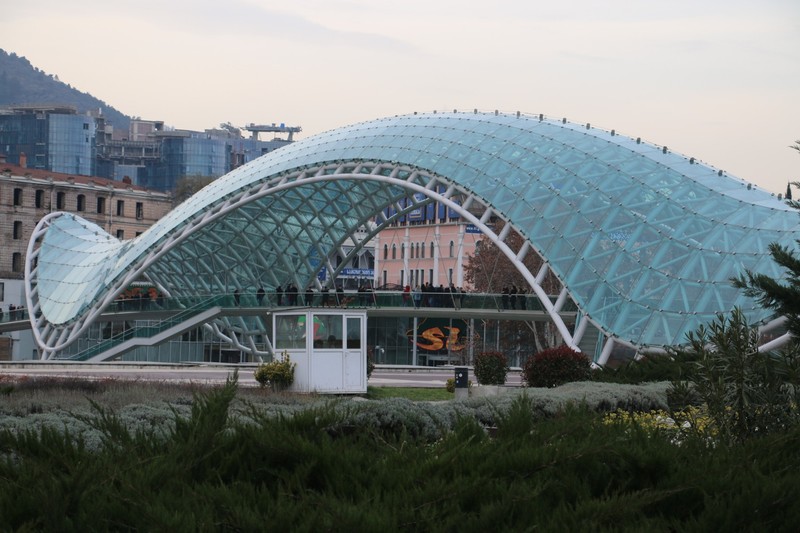 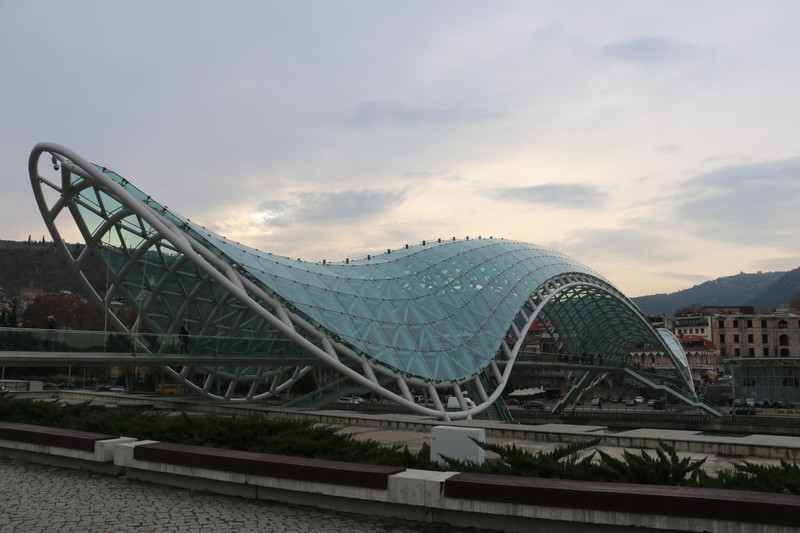 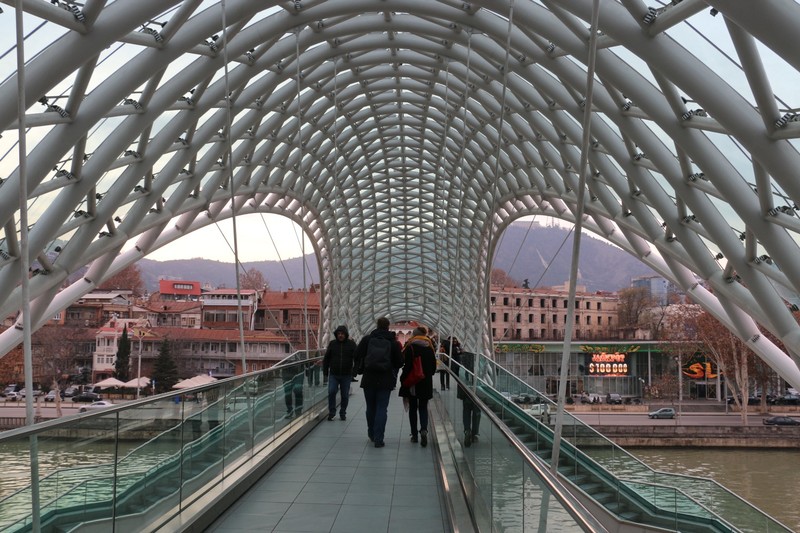 Posted by NZBarry 05:38 Archived in Georgia