To look at this cathedral, you might think it is pretty old but it was only completed in 2004, to celebrate that the Georgian Orthodox Church has been in existence for 1,500 year and, apparently, the 2,000'th birthday of Christ (in which case, the timing is a bit off). It is huge - one of the largest religious buildings in the world. It sits up on the hill behind the Presidential Palace - I find it incongruous that you'd have two such fabulous buildings into which millions have been poured surrounding by housing which is so old and precarious that its falling down.

The Cathedral sits on a rather large area, surrounded by a wall - you can only get in by going through a gate. 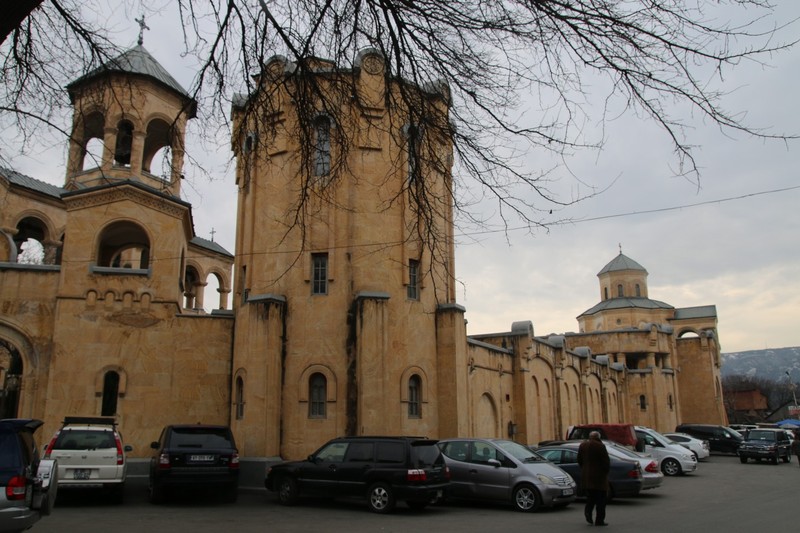 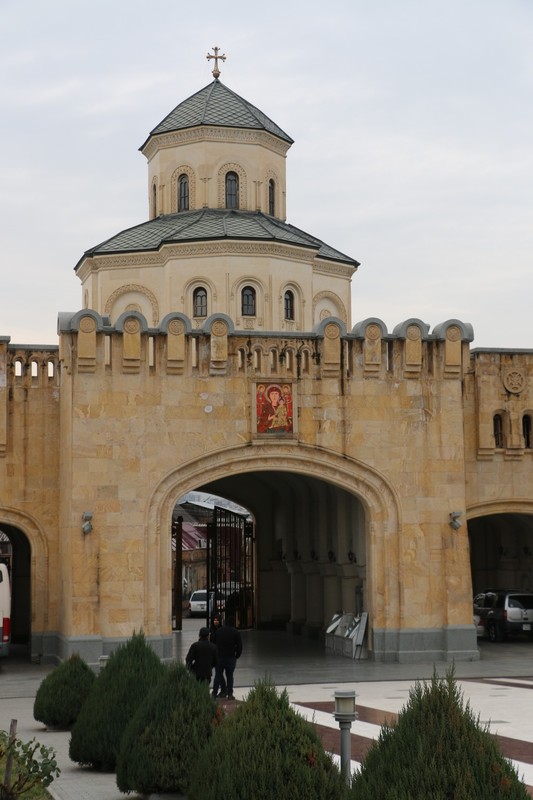 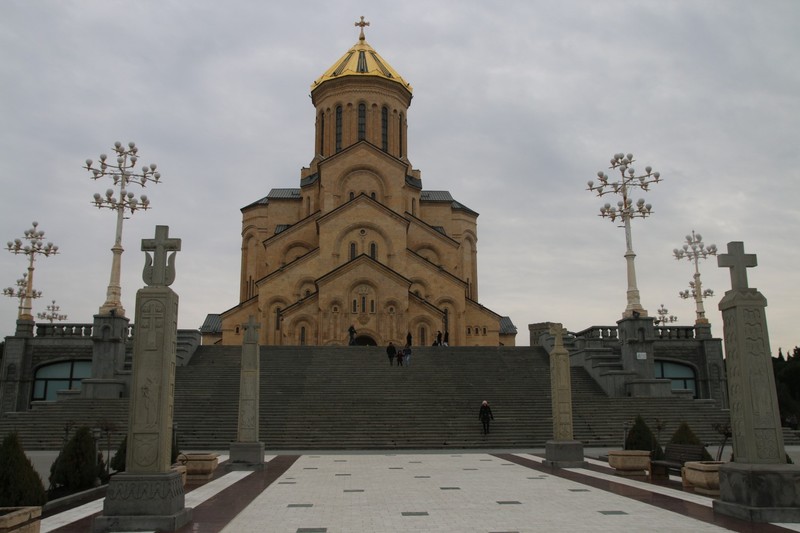 I have got used to these churches not having any seating - although I don't quite know how things work. There are a couple of pulpits, but not up the front - every so often a fellow in robes would come and read silently from a book, then wander off again. Most people there seem like me, just in to have a gander, but some are obviously here to carry out a form of religious observance - walking around the various pictures and saying something, presumably a short prayer, in front of each. 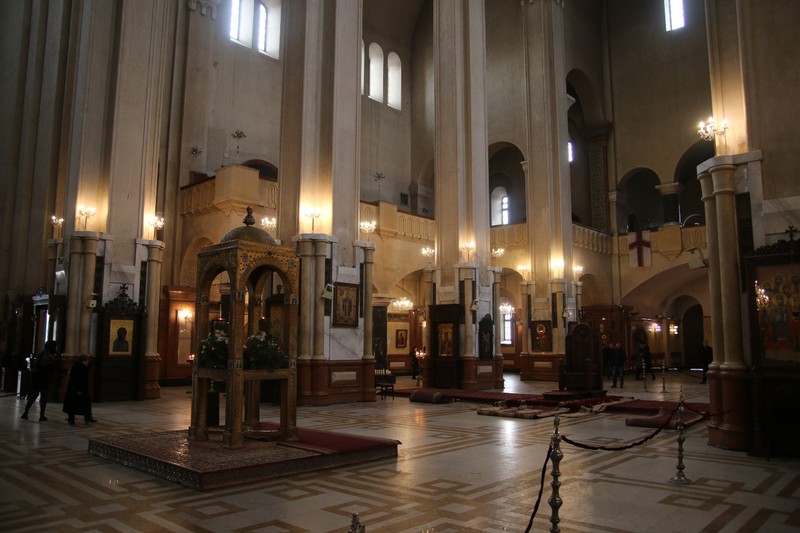 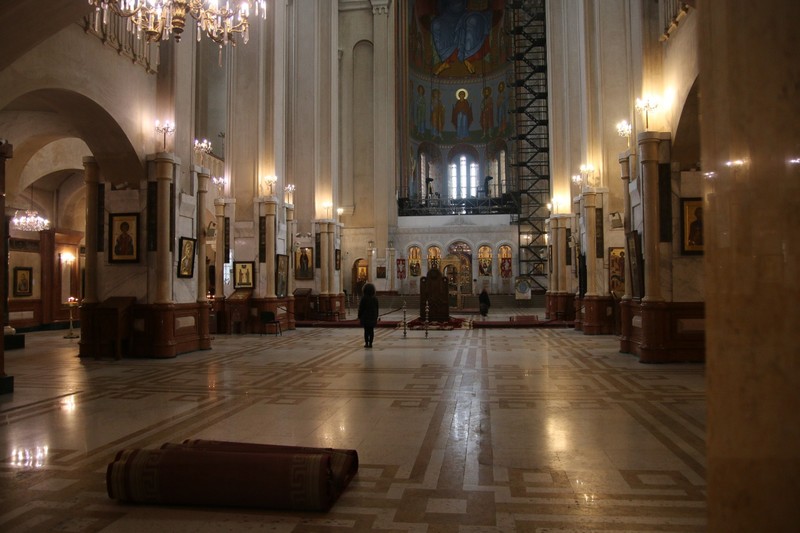 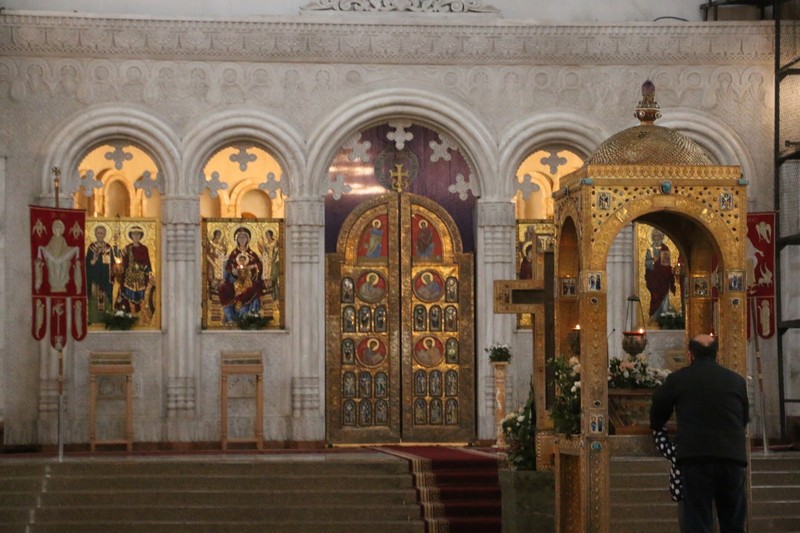 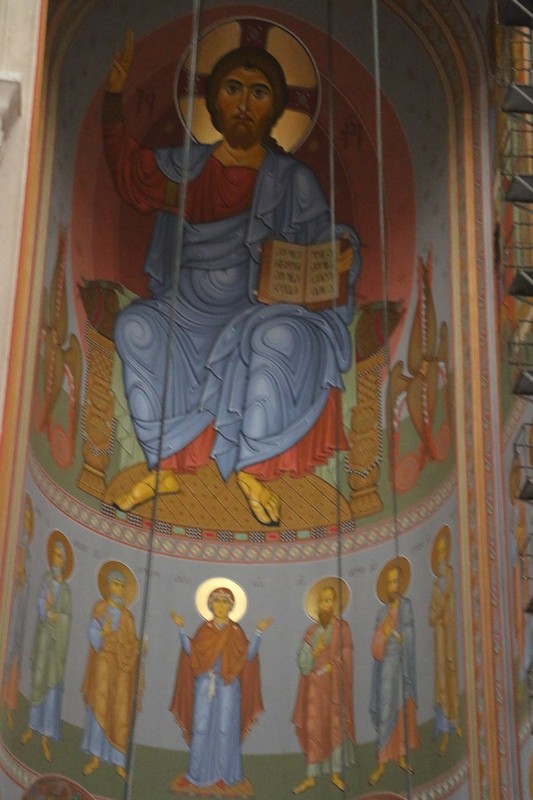 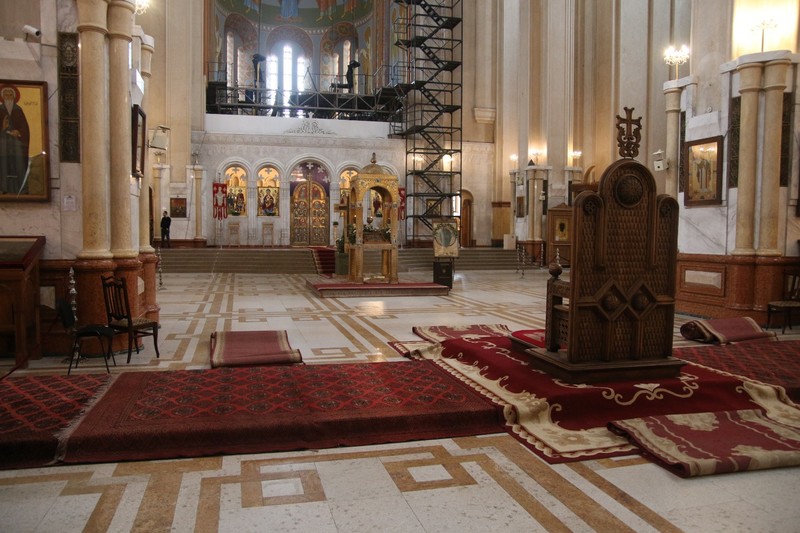 Wandering around the grounds, I hear an annoying buzzing noise - a drone, it turns out. There's a fellow making a tourism video - he's engrossed in his work, but his off-sider explains what's going on. This building is so high, I wish I had a drone. 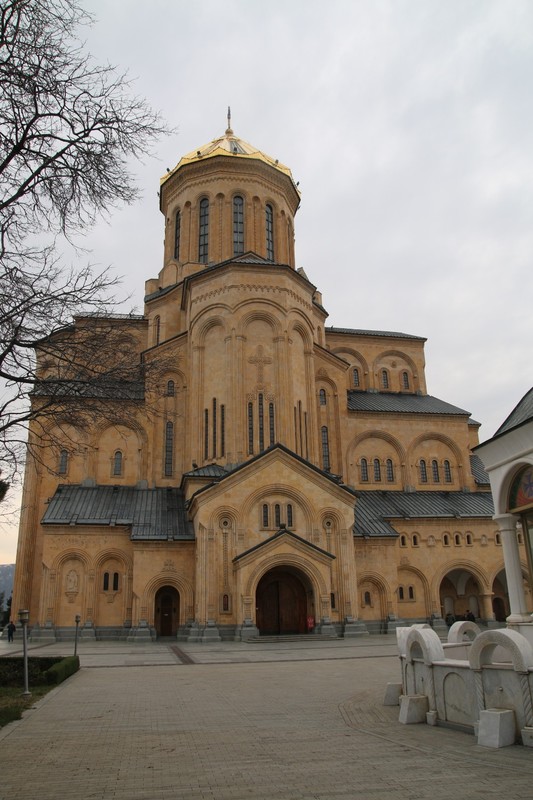 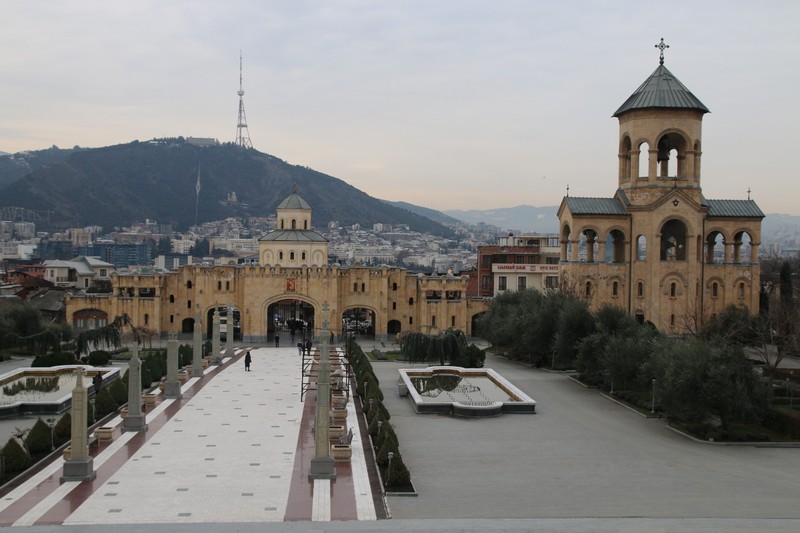 Big as the main church is, there is an even bigger area underneath it, on two levels - completely empty. Maybe in time they will find a use for it. 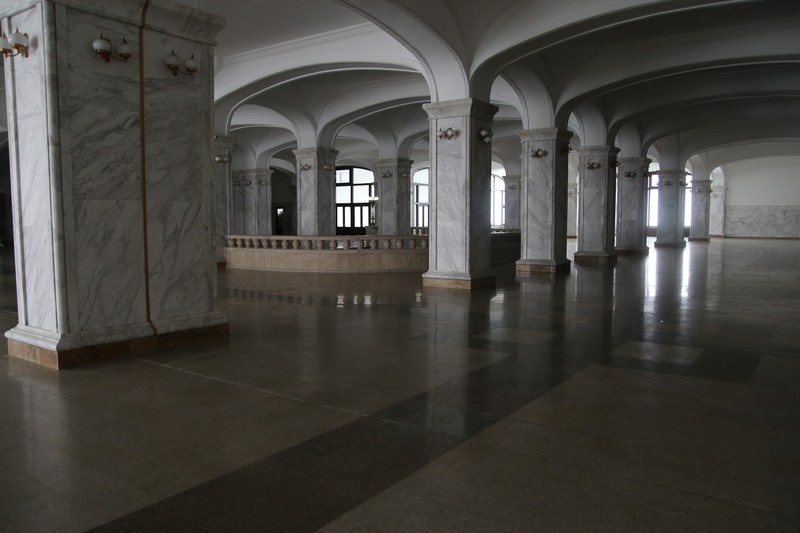 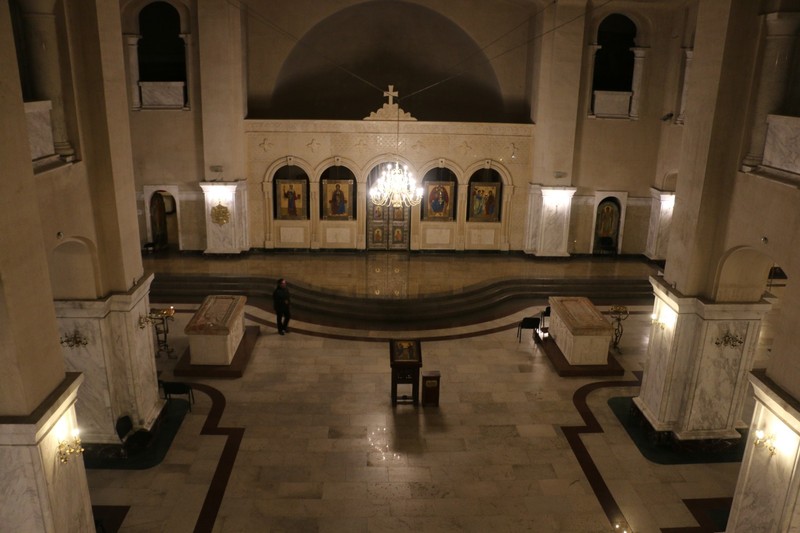 There's another, much smaller church on the street heading back down. Down on the flat, I am intrigued by a wee cat - it is evidently hunting something but neither I nor the other people who stopped to watch can work out what, and then he just wanders off. 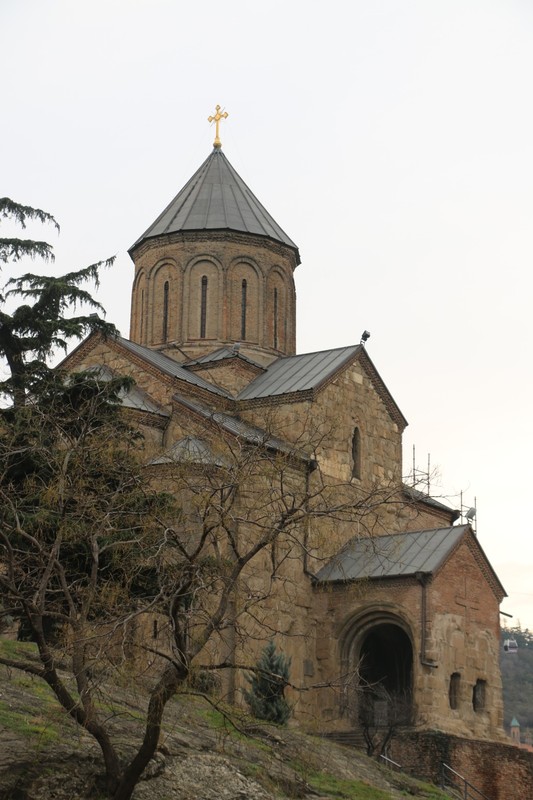 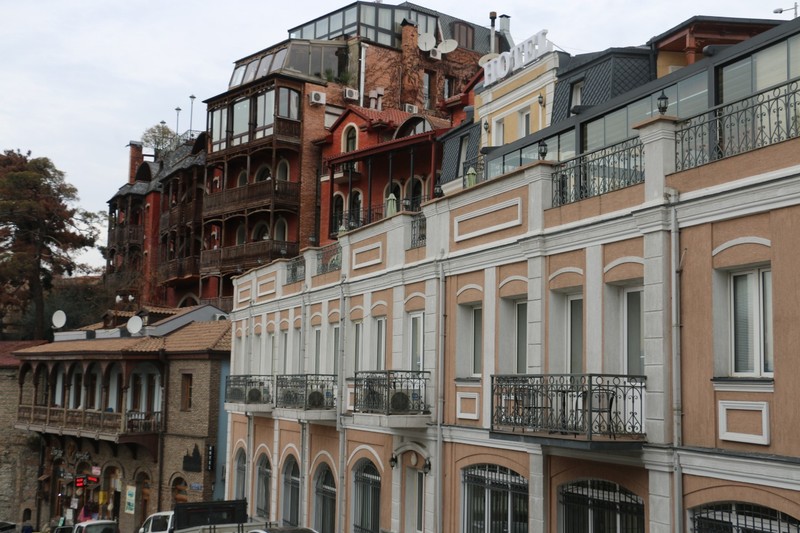 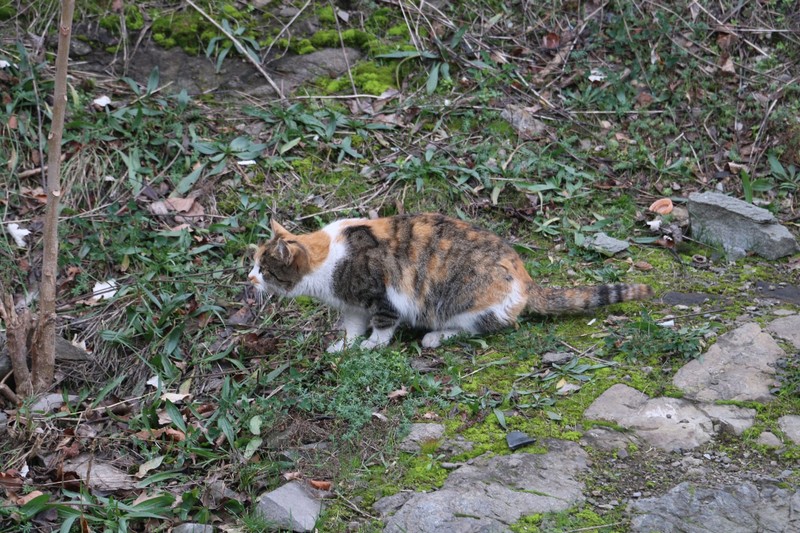 This is looking back up from where I came from. 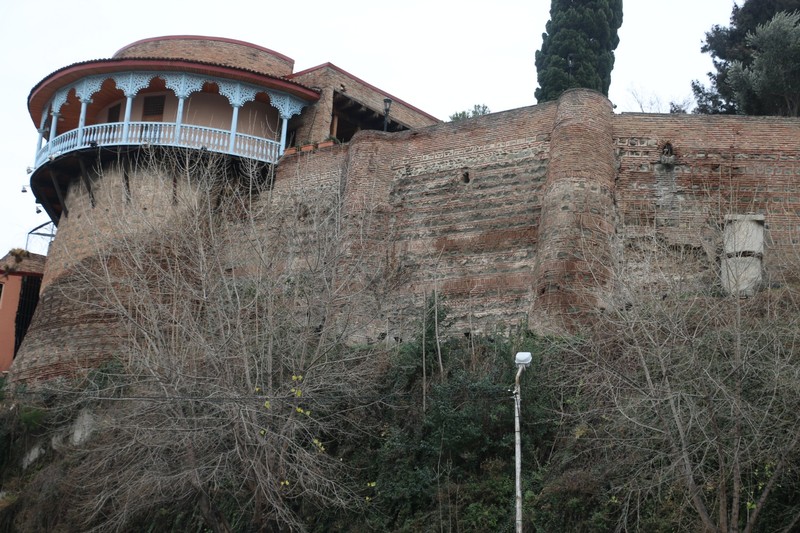 I walk past this building several times, and never work out what it is - it seems quite an impressive and modern building to not be used, but it is obviously empty. I spot a sign beside it with the European Union symbol, but have no idea if there's a connection. 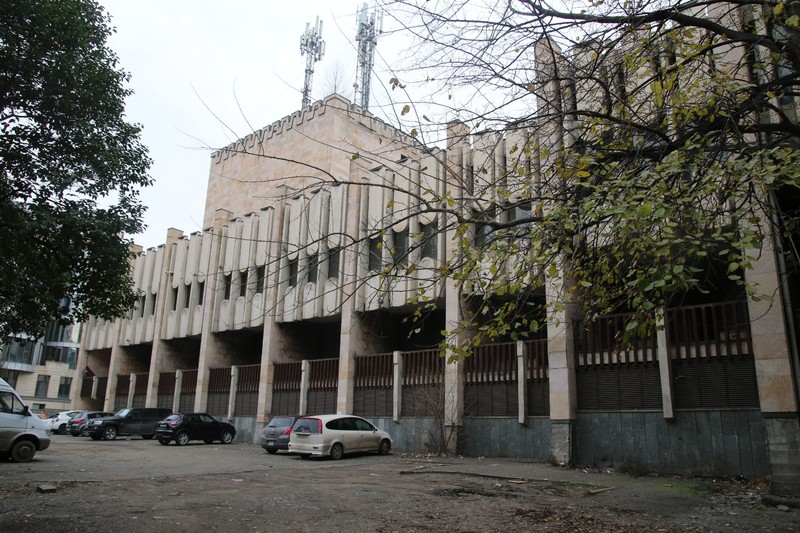 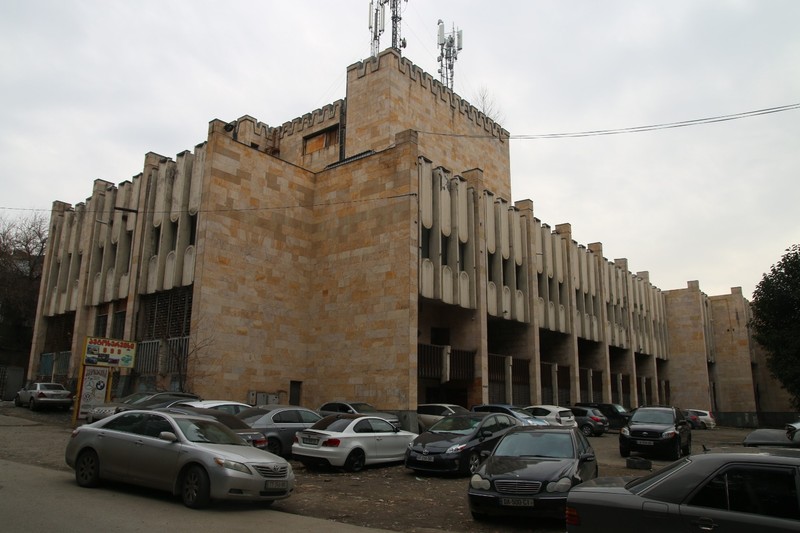 Posted by NZBarry 05:30 Archived in Georgia