An 8:00 a.m. bus is never my idea of fun, and this one, to Melaka, was particularly tedious – straight up the motorway with an unending string of some sort of very frondy but short palm tree. The only interesting feature was crossing the border: in Singapore, they are very keen to stamp out smoking but the change in Malaysia was made evident when even the Immigration Officer was smoking. Another change I noticed fairly quickly was hte increased language barrier. Hanging out at NUS, and many parts of Singapore, it was common to hear English spoken all around me and to have most things signposted in English. In Malaysia, not so much; it was particularly difficult to identify food.

The bus dropped me at a fairly depressing looking mall - not a good look for one of the most recently minted World Heritage areas. My guest house was very nice, Number Twenty, in a minimalistic sort of way; all my room had was a bed, but with nicely polished floors and white walls. It was right in the middle of Melaka’s most famous address, Jonkers Walk, a street which turns into a night market during the weekend. That meant that whenever I wanted to go anywhere, I had to fight against the hordes of meandering sightseers – by the time I was left, I was wondering if I could fit airhorns or use some sort of stick to keep people moving. Probably not the done thing. During the day, Melaka was just hot so after a bit of a walk around on the Saturday I had to retire from the fray. Sunday, I was up to beat the heat, wandered around the waterfront area and the nearby new and very flash mall but something I ate (probably the curried chicken that looked like it might have been simmering for a month or two) caused my system to melt down and again, it was a return to barracks. So, not the most spectacularly successful of visits.

I had originally thought that I might spend quite some time in Melaka, if I was staying somewhere I could work, but it didn’t feel right so I popped up to Kuala Lumpur on the Monday. Good idea. Last time I was there, I stayed at the hotel right on the concourse of the main railway station. Things have changed in the meantime – for a start, it is no longer the main station, but the Heritage Station Hotel 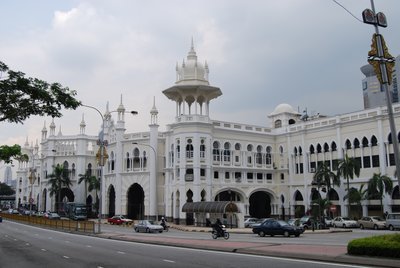 is still there, a bit of a gloomy old pile, but it gave me lots of space and was quiet. Perfect for the work I had to do, so I stayed nearly a week. Breakfast was laid on in the dining room 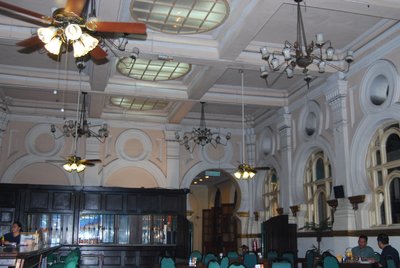 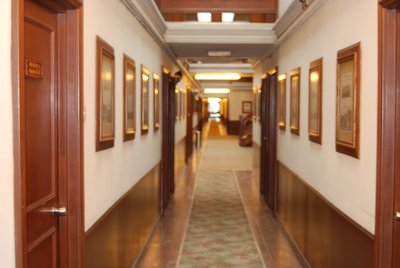 In the evening, I’d strike out in a different direction to see some sights and find something to eat. The one day I went for a wander at lunch time, there was such a storm it caused a number of landslides around KL. I don't think anyone was killed, but I did hear of 13 cars being trapped.

It is a bit of a cliché, but my favourite area turned out to be Bukit Bintang, the primary destination of tourists in KL. It has a whole bunch of posh hotels, about half a dozen more or less grand shopping malls, bars, cafes, restaurants. Walking up the street sees you have about fifty different placards thrust in your face, offering various massage options. Then there’s the wandering vendors of DVD’s, watches and who knows what else along with the street performers (the silver midget 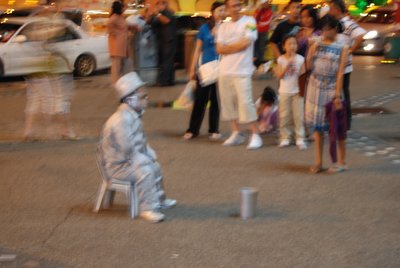 and the gold gentleman seem to be long-standing features) and throngs of locals and tourists. So, for my last night in KL I decided to move into the area, into the Piccolo Hotel – pretty undistinguished from the outside, but very very nice on the inside. 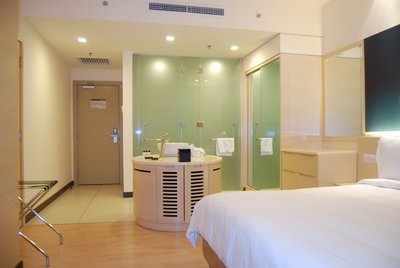 At the place I went for my dinner, 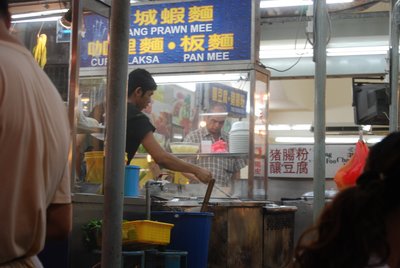 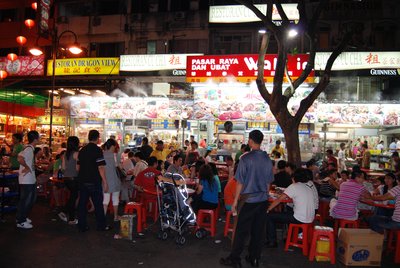 I had the coldest beer I have ever had; it poured OK but then froze in the glass and started to smoke!

Posted by NZBarry 05:30 Archived in Malaysia