I don’t know what happened. I had about 200 miles to go, I left Bournemouth good and early and yet it was well after dark before I arrived. Traffic wasn’t bad and the sun was shining 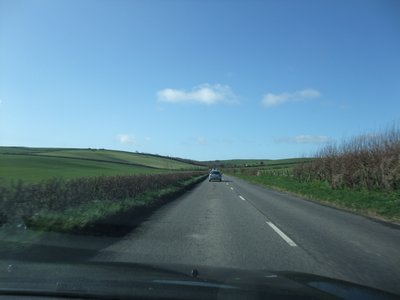 yet the drive took more than 12 hours! Of course, meandering up every side road and gawking at various things does slow one down. First stop of any substance was just outside Weymouth 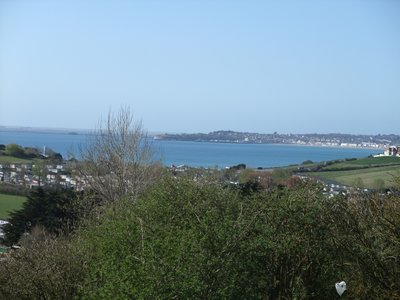 not sure how it happened but instead of making progress 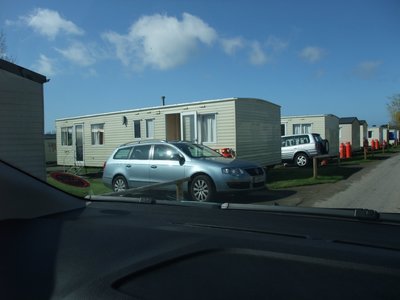 I was curious to see Cheshil Beach, after Ian McEwan named his novel in its honour. All I knew was that it had a few pebbles 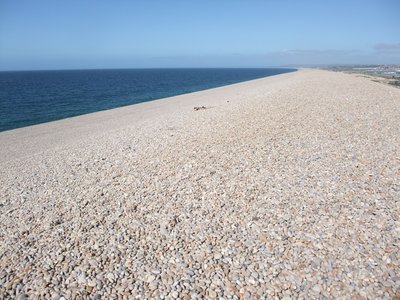 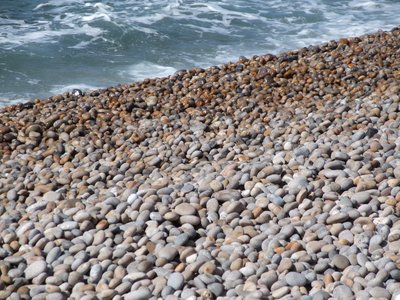 but it is unusual in another way 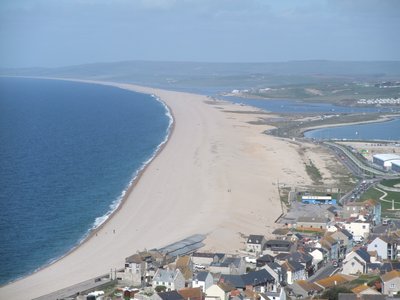 Those pebbles provide a challenge to those wishing to take a gentle stroll along the beach, particularly if you’re trying to go up or down. The noise made was curious as well, a kind of crash to start with, then a lingering scrunching rattling.

After a coffee at a very tempting looking restaurant, it was already noon and time to go – I had a date with a pic’n’mix bin. One of the major victims of the recession has been Woolworths, probably the most iconic and longest established (over 100 years) brands to go (well, there are a bunch of empty shops still around). In Dorchester, however, the manager decided that wasn’t good enough – her branch was making a steady profit, her community was behind her, her workers all saw Woollies as their family, so she re-opened her branch. This hit the press big time, and there was even a TV documentary on her last week I happened to see; she’s one of my heroes of the recession, and seemed like a lovely person to boot. So, I headed for Dorchester, which is about 20 miles north. Here’s her shop 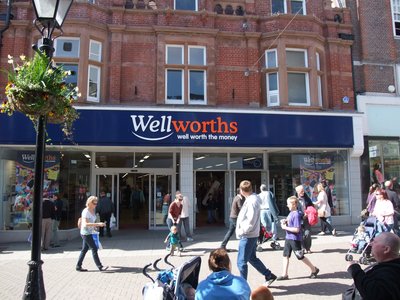 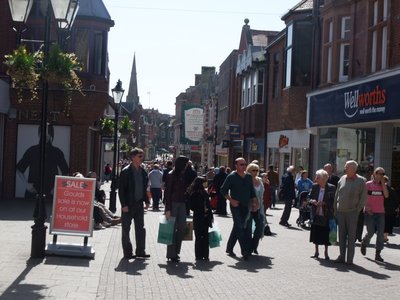 The place was humming, and I did see the manager, had this weird impulse go shake her hand or hug her or something – luckily she left the premises before I got myself arrested. So I bought a gallon of pic’n’mix and had some lunch. Dorchester is just a solid sort of market town, but it has a nice church 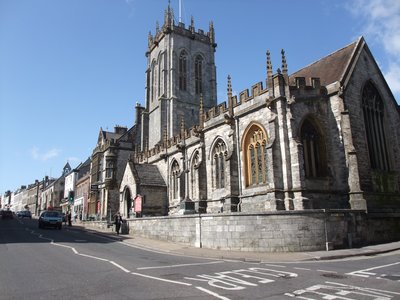 Next stop was Lyme Regis – now this is town which knows how to be a beach resort! It has the beach 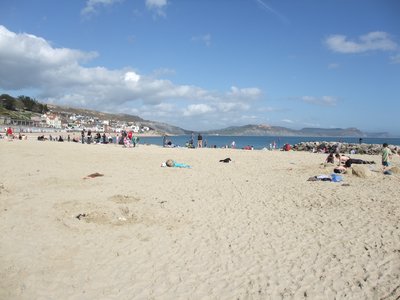 with plenty of bars and cafes fronting on to it 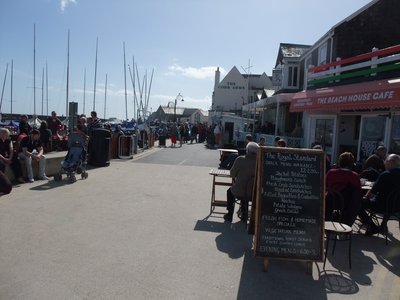 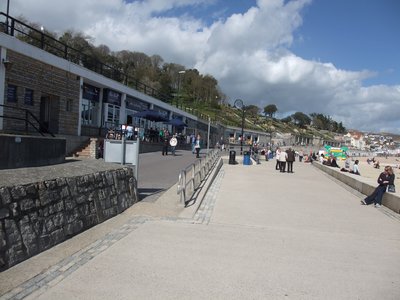 There are even pebbles for those who feel a need 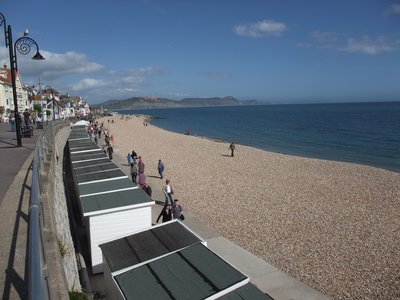 Pity about the homeless guys 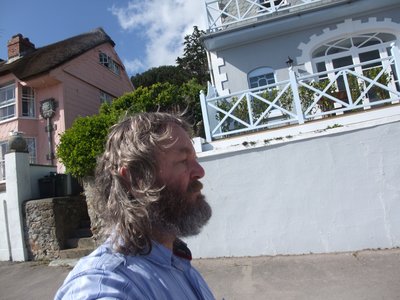 Lyme Regis is a town with a looong history - it is recorded in the Domesday Book (1086) and gained its Royal charter in 1253. It is still a nice town, one of the more genteel along the Jurassic coast: 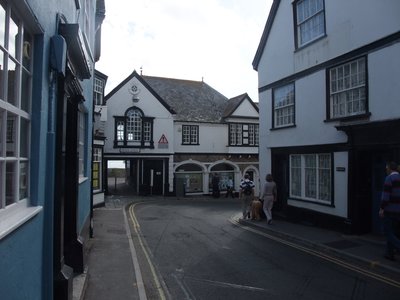 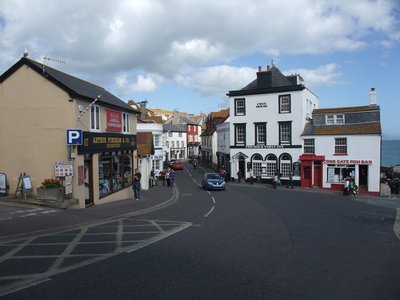 and in between was a glorious garden 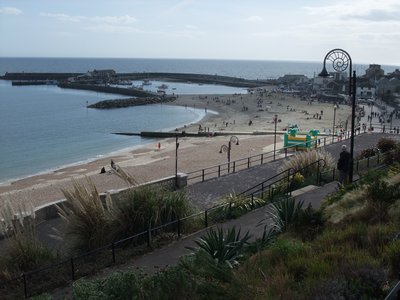 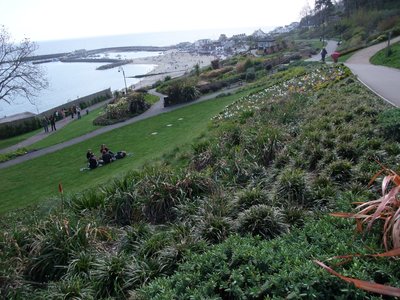 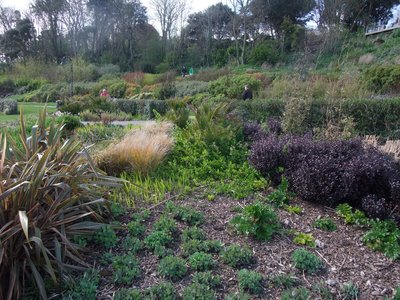 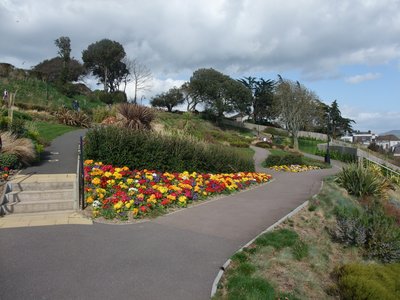 I must confess that I don’t know where this is, somewhere not far from Lyme Regis, and it might even be Beer (Devon) but it seemed peaceful 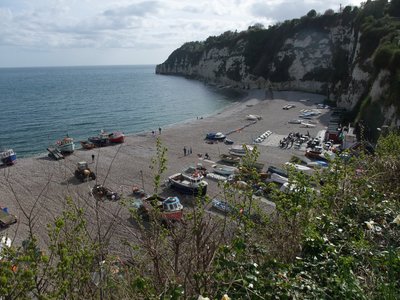 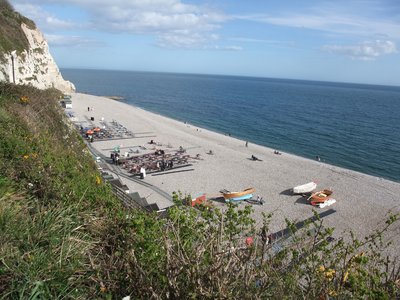 Ah, it is Beer, a fairly small town, a full 139 miles from my destination according to the marvels of google maps. I think the pub in Beer has one of the lamest sort of punning names I have ever come across - Barrell O' Beer. It was so warm I had to have an ice cream then, since the time had crept on to being well after 5:00, I basically tramped it.

Even so it was around 9:30 before I got to the hostel at Lands End (down a one way mile long track behind a farm). 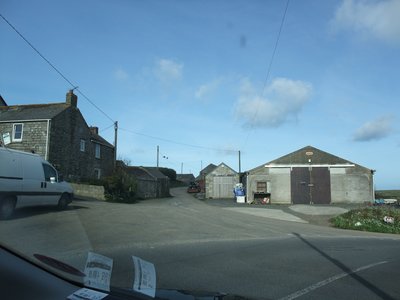 Lands End itself was closed – no loss, there is a big building that obscures any sort of view, and the building doesn’t seem to have changed since I saw it twenty years ago. It was tacky and new then, now it is tacky and old.

So, dinner was a bit of a step down from last night – a mile the other side of the hostel is the stone town of St Just. All I could get to eat at 9:45 was Chinese takeways, so I sat with them and a beer in the near freezing cold at a picnic table and dined al fresco (the picnic table reminded me strongly of Massey, as I spent half my life at a picnic table there). But the Star Inn 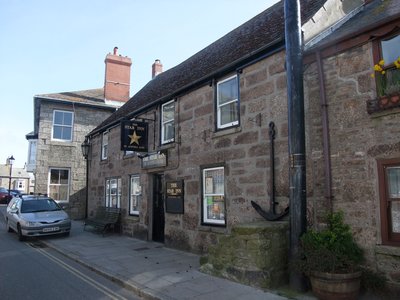 was still going strong, so I went in and had a nice St Austell’s ale as a nightcap.

Posted by NZBarry 12:40 Archived in England