To Tallinn, via Norwich

I was both relieved and a little queasy when I checked out the car in daylight: what had seemed to be a deep ridged scratch in the dark proved to be a line of birdshit. Eww! Leaving a bit after 8:00 it was a fairly slow drive to Southampton, lots of traffic making it so. I didn’t really panic until after I dropped the car off – only then did I realize it was due back at 10:00 and not 11:00. Makes a difference when you get to the Avis depot at 11:30.

Now the roundabout nature of my travels really took over – I caught a succession of trains to Norwich, where I stayed in a very pleasant Travelodge. I’m afraid I have little to say about Norwich, not because I didn’t like it, quite the contrary, it seemed very much like a place I’d enjoy, but because I was working quite hard – the deadline on my other project, although still months away, seems very close. So I got to see the shops near where I was staying, found a nice Italian place for dinner and that was about it.

Apart, of course, for my reason for being in Norwich in the first place. Beckett’s Waiting for Godot. I haven’t read as much Beckett as I should have, but enough to know the pleasure he gives me and Godot must be his best known work: it has been said to be the best play of the 20th century even though nothing happens, twice. Not only that, but the actors were a bit special as well: Patrick Stewart as Vladimir and Sir Ian McKellen as Estragon. I had tried to see this a bit closer to home, at Malvern, but it had long sold out when I tried. Same for other places, like Milton Keynes, so I was pretty pleased to get anything at all for Norwich, even though it meant lots of tripping about. This, by the way, is what my friend from last week was so envious about.

My only regret is that I was a fair way back from the stage, so the finer details of their facial expressions was a bit lost to me. I’m not sure why I didn’t use the small pair of binoculars the Theatre Royal had thought to provide each seat with. But the play was brilliant, much funnier than I expected, given that it is about two tramps waiting for someone never shows up (I’m not sure that anyone today would go to this play not knowing that) and who are amusing each other while they wait – a “tragicomic allegory of the human condition”. Suicide is not far away at times. Beckett said he introduces the other two characters just “to break up the monotony”. I do wonder about Lucky’s one speech – an extremely long and incoherent monologue: does he memorise the same “narrative” or make it up on the night?

Anyway, it certainly made me feel pleased I took the time out to go to Norwich, even though it meant a fairly early start on Wednesday, so I could get down to Stansted and catch my plane: Easter in Estonia was the plan, and it provide to be marvelous. Easyjet did the job, getting through Tallinn customs was a breeze and I was on a bus into town in no time.

As always seems to be the way, it took me a while to find my hostel, despite having a map in my hand and a larger one on a placard in front of me. Perhaps if I had just looked around – it took a drunk sitting at the bus stop to point out that the rather large building across the road gave a vital clue to finding what I was looking for.

The hostel was quite unlike any I have been in. It looks fairly normal from the outside 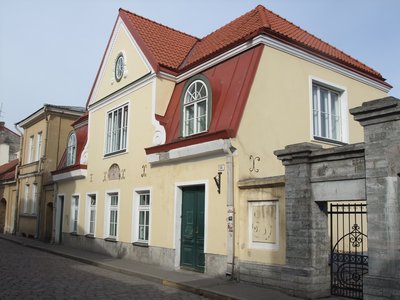 but inside, the hostel was basically a single living room – the beds were in the same space as the kitchen and the staff, who just kipped in whichever bed was spare. But it was warm and friendly.

The Lithuanian Embassy is directly opposite 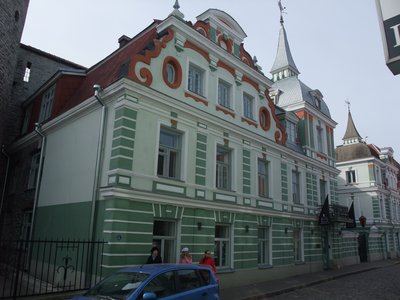 This must be pretty old, 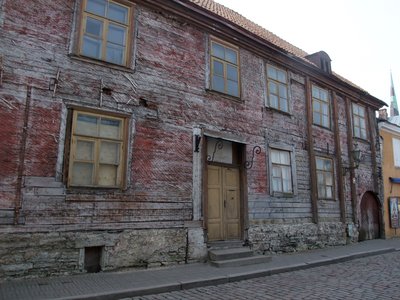 because they banned wooden buildings in the Old City a couple of centuries ago, because of worries with fire.

On my first night, I had a bit of a wander around the Old Town, had one of the worst burgers I have ever had (that’ll teach me for going to local competitors to McDonalds whenever I see one) and was beginning to wonder whether Tallinn was really the place for me. All doubts were dispelled over the next two days – my wanders had just taken me to the least interesting part of town.

It also revealed to me that there is a huge and fascinating bit of European history about which I know nothing. Tallinn wasn’t part of Estonia until the 20th century, didn’t have an Estonian Mayor until about 1916. The Danes were there first, then they sold it to the Hanseatic League, a German trading venture which prized Tallinn highly as a seaport - so it was basically a privately owned city and stayed that way until the mid 19th century. They put up buildings like this 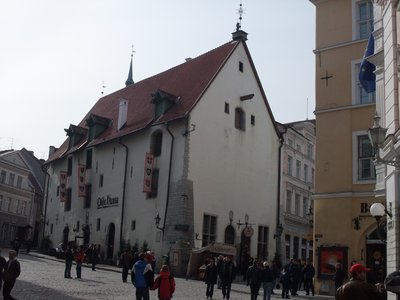 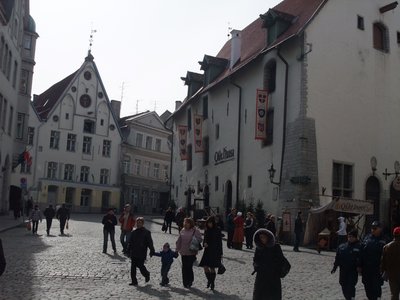 The Swedes came along and established the Lower (Old) Town was Danish, under a town council. All was surrounded by a wall 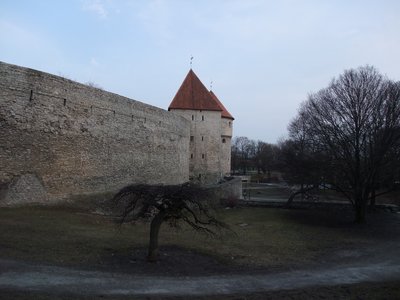 Of course, Estonia was a bit of a football in the 20th century – the Russians took control, then the Germans, and then the Russians. It has only had independence since 1991 but is very much a place on the go.

I spent two days wandering, mostly in the Old Town, and could have easily spent another couple. Here is some of what I saw, as I wandered: 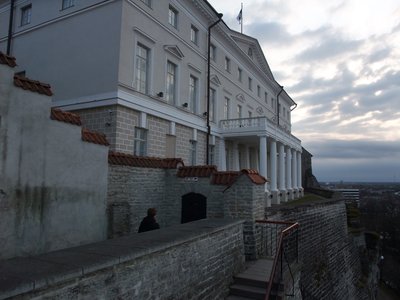 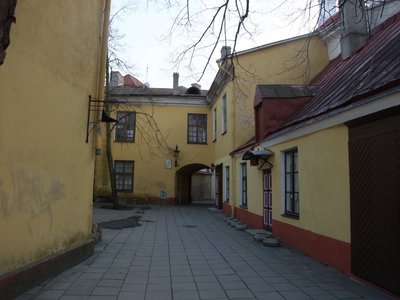 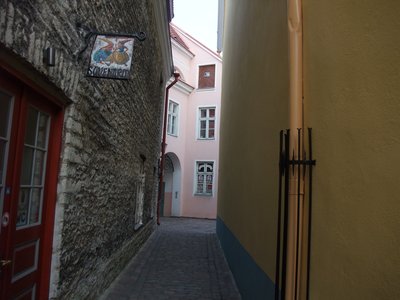 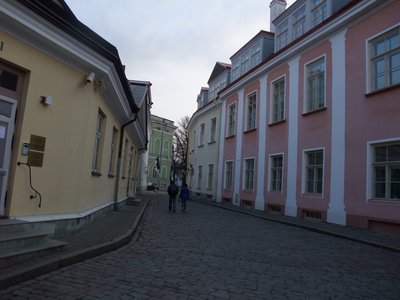 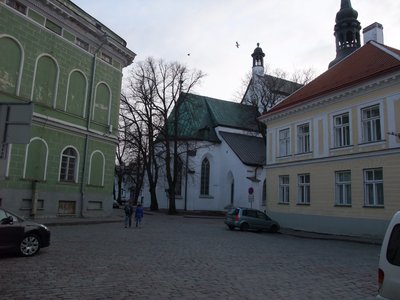 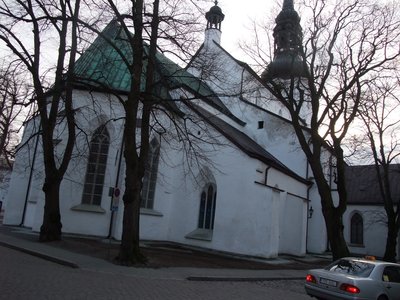 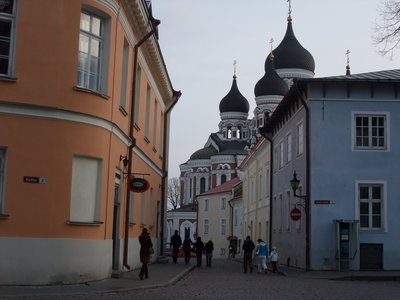 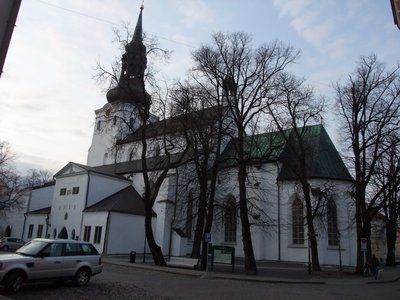 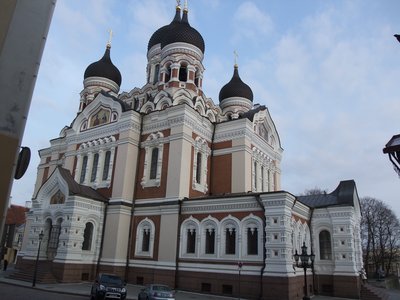 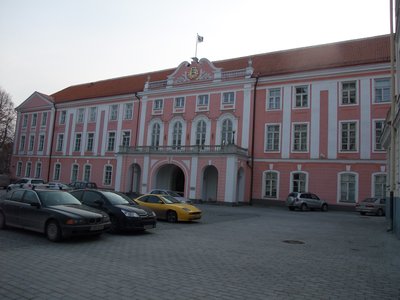 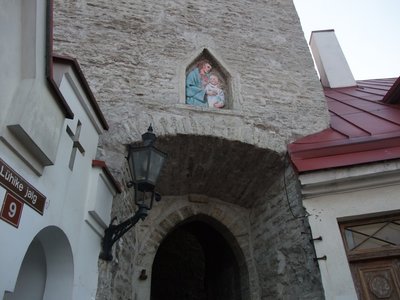 It opens on to the Town Hall Square 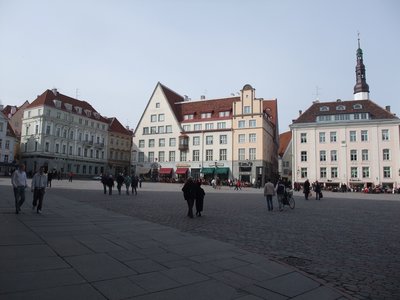 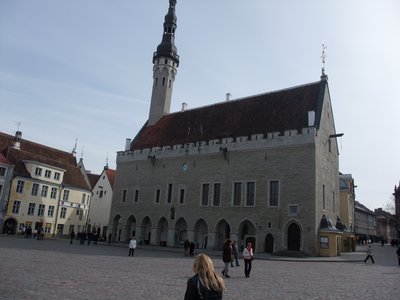 The wikipedia page has a couple of nice panoamic images of Tallinn.

Posted by NZBarry 12:48 Archived in Estonia