The food situation did improve after the first Hesburger disaster, dramatically so. I liked this cafe 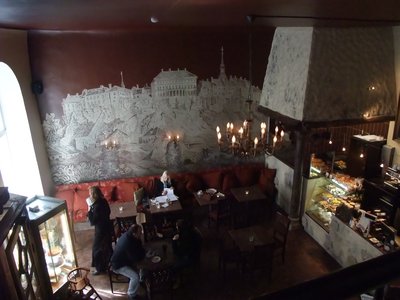 so much I visited a couple of times. On the Thursday night, I found a lot of places were dead empty or so packed, I couldn’t get any service – I sat in the oldest pub in Tallinn, a very cool underground space, for a full quarter of an hour with no acknowledgement, so moved on. The place I ended up dining was a fashionable restaurant, chosen because it was not quite empty but it was pleasingly full by the time I’d done with my pepper steak.

Friday night in Tallinn is less pleasant – by 8:00 I’d seen one fight and run into lots of drunks. The woman running the hostel summed it up: lots of English men, looking for the cheap drinks and beautiful women (and yes, they were, very much so).

Two other cafes I liked a lot. One was underground 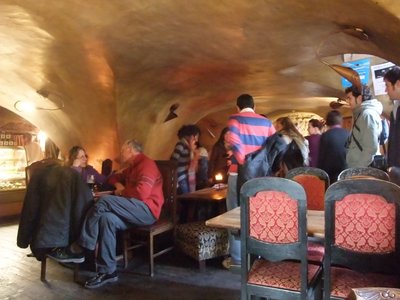 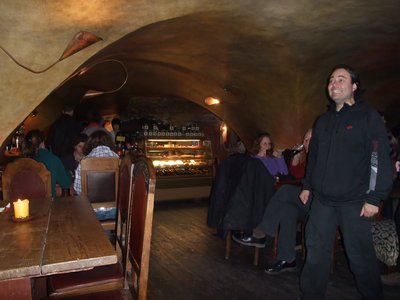 The other was out of the Old Town, in a very new shopping mall, within a bookshop, a very cool bookshop as it happens, with such a wide selection of English fiction I felt compelled to buy a couple of books, along with some DVD’s. They had a different cafe on each floor, both making decent coffee and one doing proper meals, such as the very tasty lambsteak I had for lunch. Dunedin would be improved if it had a bookshop like this one.

The major part of Tallinn was built in the Soviet Era – they built half a dozen suburbs, apparently very planned and in the neoclassical style. I’d have liked the chance to go explore. In between those suburbs and the Old Town is the downtown area, a weird assortment of styles running from the medieval through 18th century wooden to early 20th century neoclassical to stark glass edifices, all cheek by jowl with each other.

I walked all over and around this building, I'm not even sure it is abuilding and not a monument 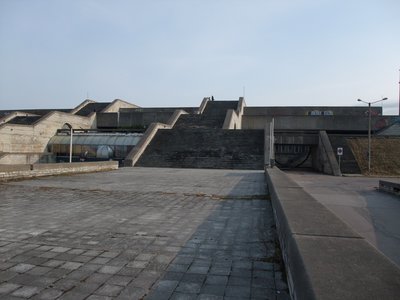 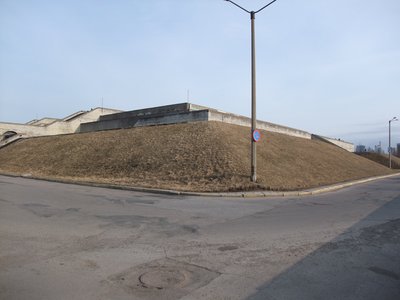 and still have no idea what it is about – it showed very few signs of life, although it had the city heliport and a pleasant fountain 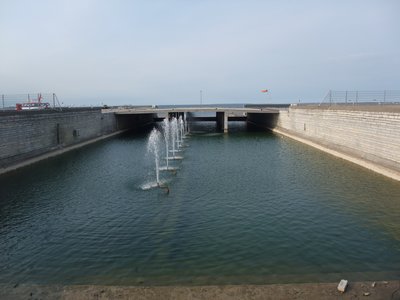 A couple of its neighbours, I found amusing. The photo might be a bit small to reveal the sign on this old wreck 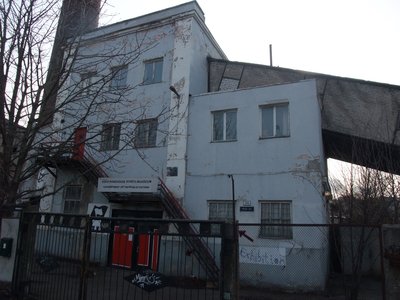 but it is apparently the contemporary art museum. I remain a bit disbelieving about the sign on this place and all. 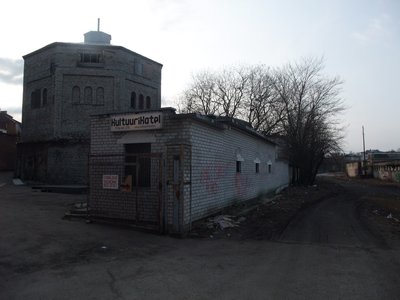 Tarkovsky shot one of his movies here, Stalker, but I will have to wait till I get home to see if these are props: my nice bookshop didn’t have that on DVD but I found a copy on trademe.

I’d ventured out without a jacket, and was finding it a wee bit cool but not unpleasantly so, until I saw this 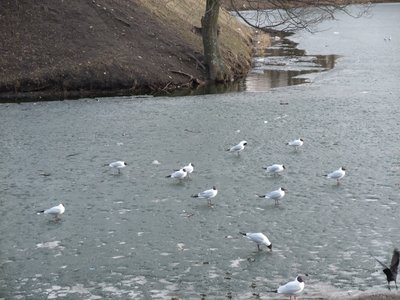 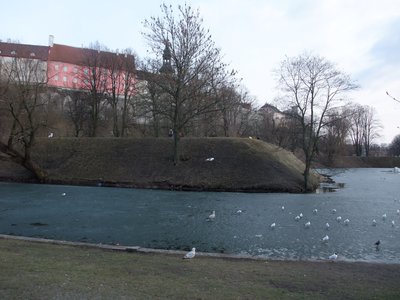 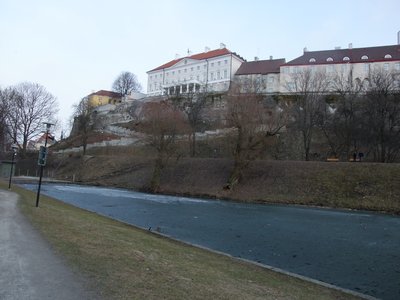 This is probably the nicest part of Tallinn outside the walls 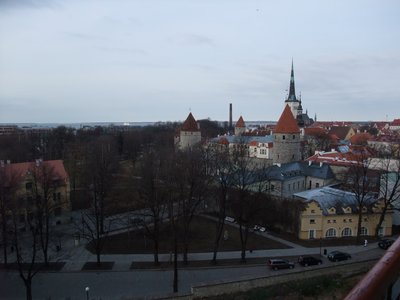 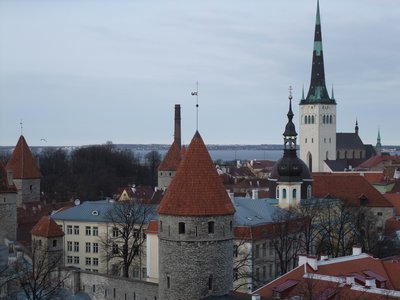 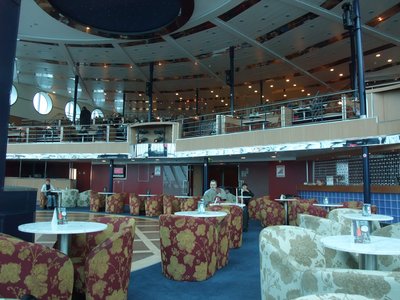 You'd think by now I could read a map, but i got way off course on the way to the hostel but eventually made it. Quite a big place, and iunlike any I've been in so far had big rooms with just two people in each. Kind of nice. Wandering back into town, I found a nice cafe called Engels Cafe opposite this church 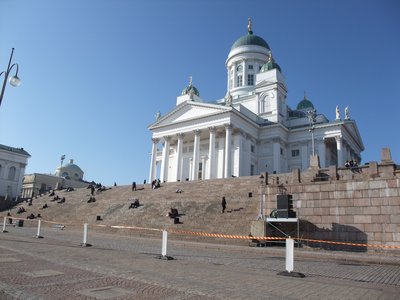 I sat and ate some wonderful meatballs and roast potatoes in a sauce which had fflavours I couldn't work out, a slight sourness and a hint of spice. I went for a general walk, but it was cold and I wasn't feeling 100% so it wasn't a very exciting day. Coming back into town for dinner, I caught the very end of the Easter Procession - they really make a show of it. There was some black and white film being shown, using the church as its screen. The steps were occupied by dancers and lots of candles, and somewhere there were some actors, acting out the resurrection, singing quite operatically as they did it.

Easter Sunday in Helsinki is quiet - almost everything is shut, all the shops, galleries and the like. There were cafes and bars, that was it. I think it was even colder than Saturday, so I didn't linger.

Since I knew I'd be travelling and not wanting to carry lots of books, I brought with me the first two volumes of The Forsyte Saga. Each is just under 900 pages, it is a trilogy of trilogies, so plenty to keep me going. I've seen it on TV of course, but never quite appreciated what a loathsome person Soames Forsyte is: his attitude to his wife is the same as to any other property, she's a chattel (or, at one point, an unnoccupied house ready for a tenant), yet he can't work out why she doesn't like him. The night he forces himself upon her is the end. The opposite strand of the Forsyte family is all kindness and sentiment, in Jolyon.

Posted by NZBarry 13:45 Archived in Estonia