Side Trip to Scarborough

Even though I booked months ago, space in the Whitby was a bit patchy – if I could have had a week or two clear to stay, I probably would have. As it was, I couldn’t even stay all of the long weekend, and had to take a night in Scarborough. I know, life really can be terrible at times.

The hostel is a couple of miles north of town, in a peaceful spot 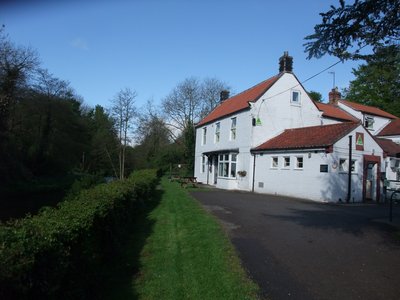 I’d only been in my room a minute, maybe two, and I found myself in a fairly intense discussion with a retired school teacher, who had a lot to say about the state of the country, essentially that the Great has gone out of Great Britain. While I’d noticed some of the things he was talking about, at least I was able to reassure him that there were still, as Ian Dury might have said, reasons to be cheerful, by launching into some of the great things I’ve seen here. He was in New Zealand when he was young, even planned to move there but then met the lady that proved to be his wife, and that was it.

To go back to town for dinner, I decided to promenade along the North Beach Promenade 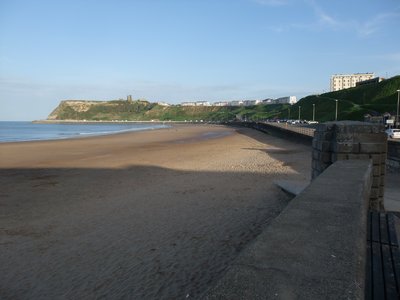 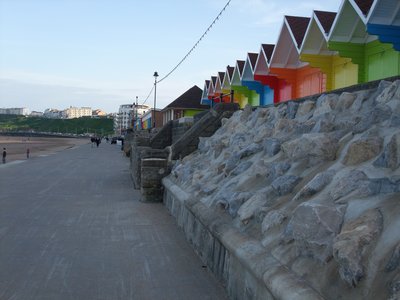 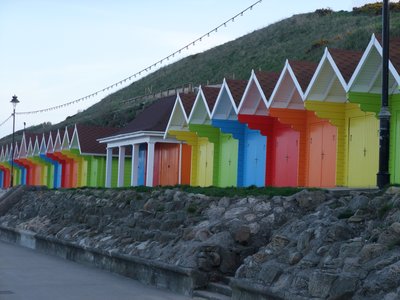 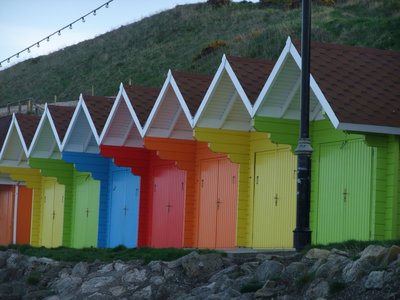 There’s not much left of Scarborough Castle 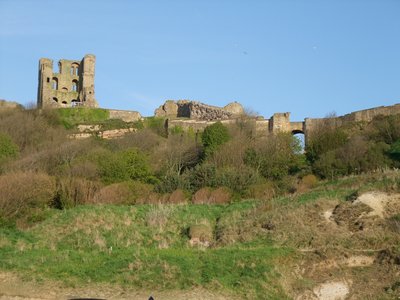 As I rounded the point, I had this weird experience, it sounded like there were about 50 8 year old kids chattering in front of me (having spent some time in hostels, I know exactly what that sounds like) but I couldn’t see how that would be, then spotted the culprits 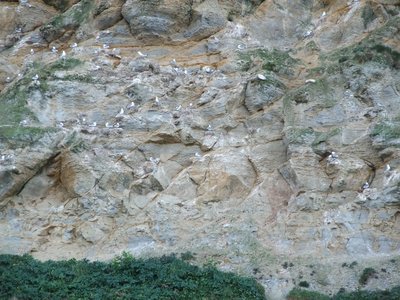 I quite liked my wee wander along the waterfront 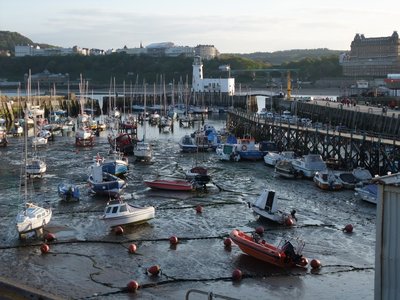 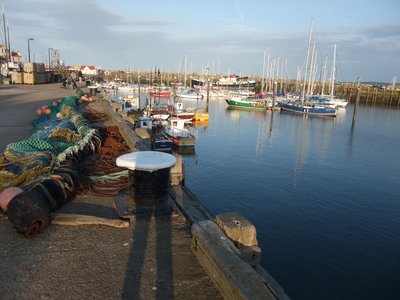 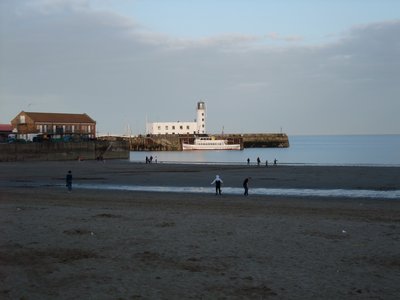 Behind me wasn’t so hot, classic English resort 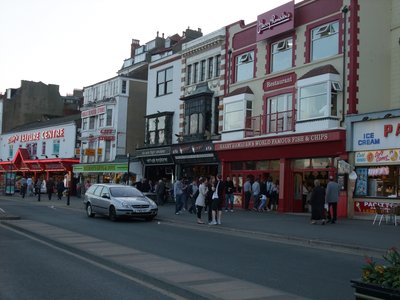 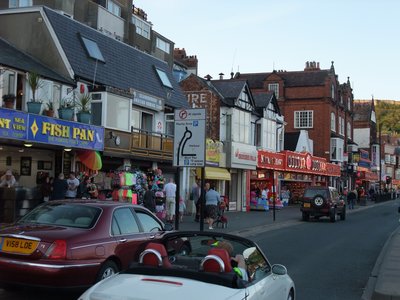 but I still like the look of this hotel 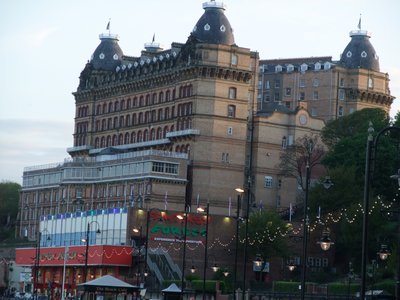 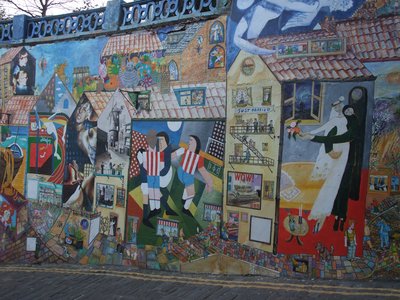 Dinner was a great carvery, where I was once again struck with indecision: pork or turkey? Which is which? Have both, dammit. The man doing the carving was a bit of a grump (“Is that young bloke in the kitchen a foreigner?” “No.” “Well, he’s f*ng stupid anyway”) but generous with the food.

In the morning, I was saved from yet again having to walk into town to catch the bus, as my talkative friend dropped me off. Instead of going straight back to Whitby, I hopped off at Robin Hood Bay 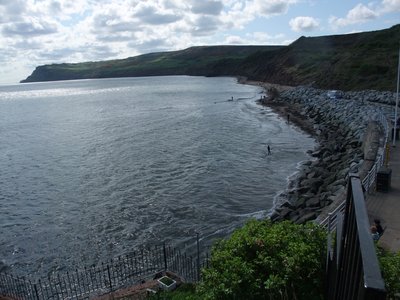 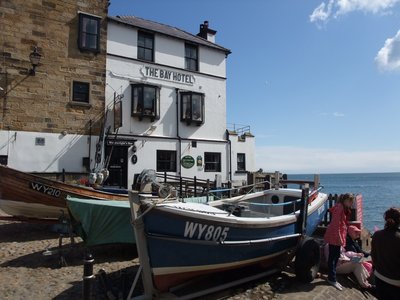 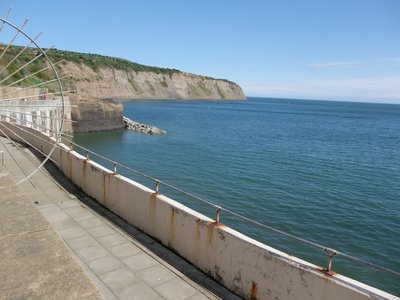 This was a truly charming wee spot, as was its town, which basically had a single street 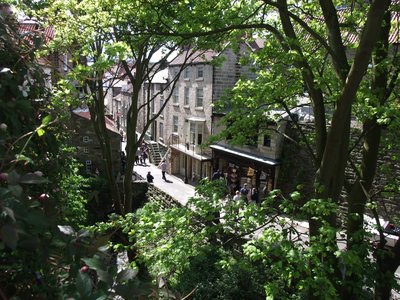 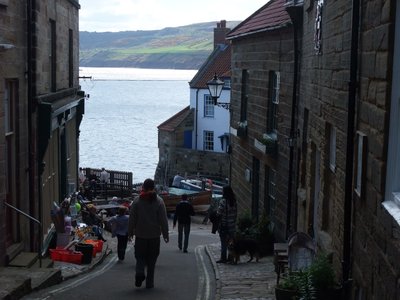 and then a bunch of alleys only accessible on foot 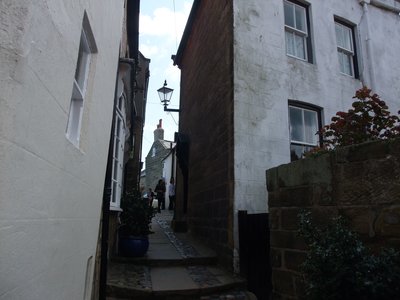 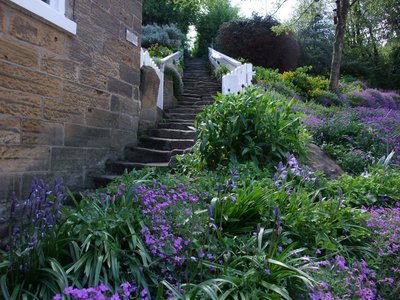 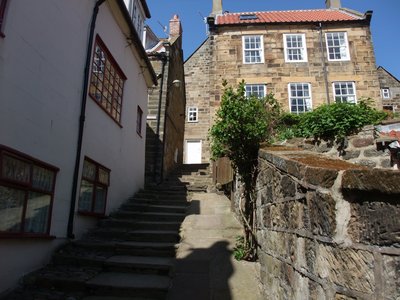 Posted by NZBarry 17:46 Archived in England