Creeping up the Welsh Coast

After leaving Tenby, the plan was to go up the Welsh coast in small hops, but the first such hop was ridiculous: a total of 4.5 miles. I could have walked! As it was, I had to leave my digs at 10:00 in the morning and couldn't get into the new place until late afternoon. Plus, it was threatening rain. So, castle time. There are lots on the Pembrokeshire Coast, every nook or cranny seems to have one, and I think I could spend a month driving about here, but there is only one that the bus from Tenby takes you to 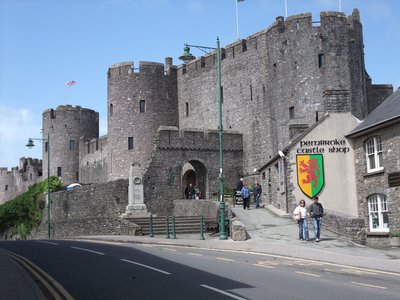 After a hefty breakfast in an 80 year old cafe and sending yet another consignment home, it was time to go in. Pembroke Castle is a pretty big deal: it was a stronghold for quite some time, variously for or against the French and for or against the Welsh, and the birthplace of the first Tudor King, Henry VII - his Uncle Jasper, Earl of Pembroke, was the last proper one - Henry VIII was against baronial power, and actually had Ann Boleyn take the place over. Then he had her executed. For a couple of hundred years, after some deal was done, it was left in private ownership to moulder away but then in the 18th century, romantic poets and artists got all keen on it and it was back on the map. There's been a massive restoration project, and it is looking pretty good. This is inside the wall: 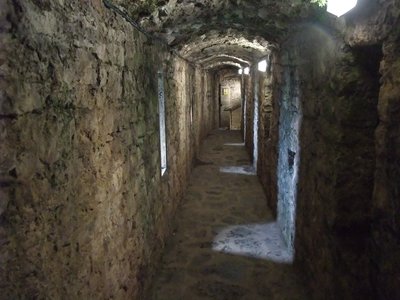 and various shots as I wandered around 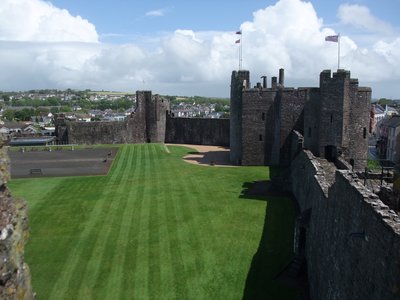 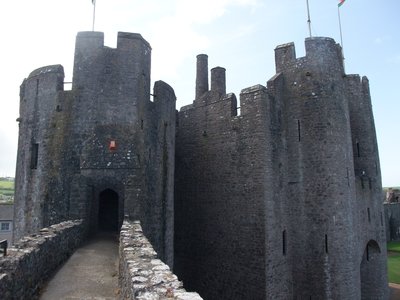 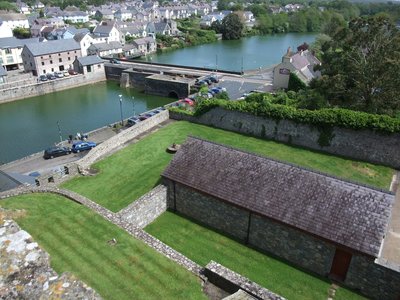 I was curious at the concept of a dungeon tower 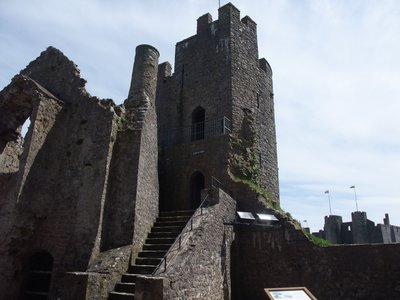 The building to the right is the Great Keep, one of the earliest towers with a domed roof, built around 1200 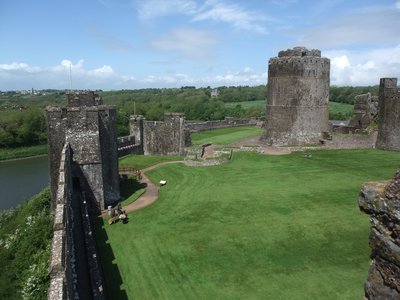 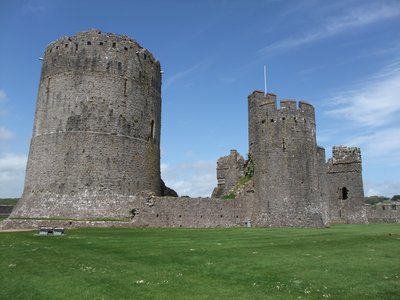 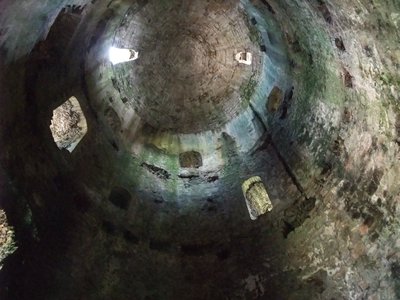 After a quiet pint, listening to a local and a couple of guys he struck up a conversation with solve all the problems of the world, it was time to hop on the bus, and head back. Yep, I said bus - trains aren't that good for travelling up the south west coast of Wales, and it means I had to abandon my bike in Tenby. I left it locked with the key in the lock in the railway station - probably means that some morally bankrupt lowlife will get the thrill of thinking he's stolen a bike, but I couldn't think of a better distribution system.

My destination for the night was a wee place called Manorbier, which had been a big defence base. I chose to stay there simply because the blurb in the YHA book about the hostel made it sound cool. It has a Norman church 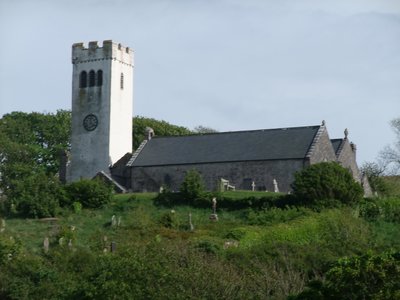 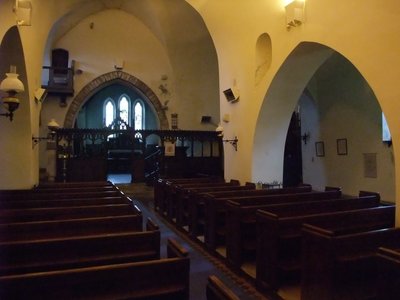 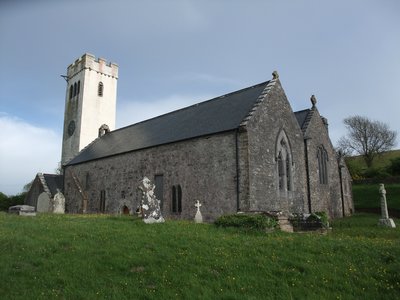 and a pretty wild looking beach 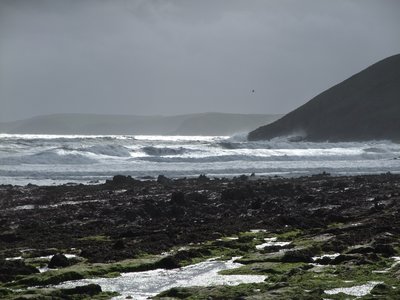 It started to rain while I was at the beach, but the wind was so strong that I was being dried off quicker than the rain could wet me.

Of course, being a nook or maybe a cranny, it has a castle 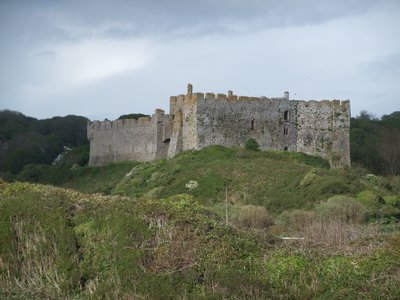 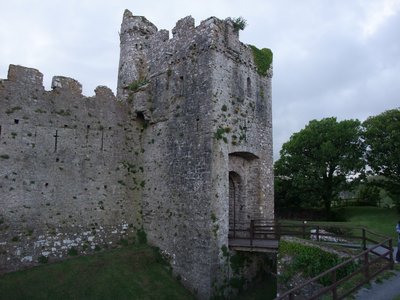 What it didn't have was any place to eat. Yes, there was a pub which had some fine ales and a menu but no-one to do anything about food. So, for the first time since leaving home, I actually had to cook for myself. The horror. The horror.

The hostel was almost deserted - a group was finishing off their meal as i returned, talking about seeing someone called Harry Potter, apparently he's in films. I wanted to shout at them that they were in Wales, the site of some real history, the Last Invasion, and that was all they could find to interest them. Maybe they knew what was on my mind, as I never saw them again.

The hostel was certainly an unusuall styled building, had been part of the defence base 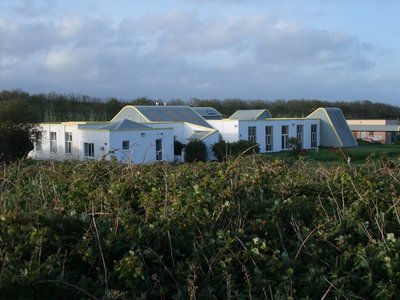 It is up the coast, about a mile from town, on the Coastal Path, so I took a wee walk 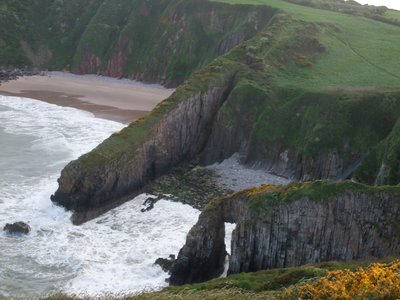 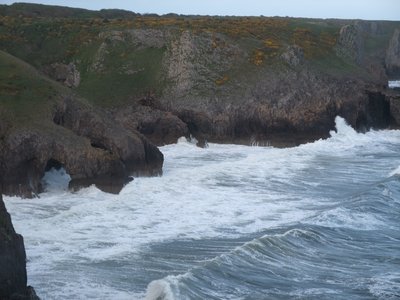 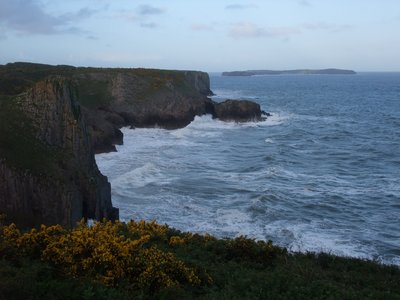 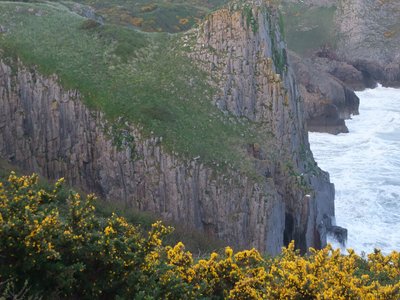 Posted by NZBarry 14:55 Archived in Wales

Stunning pictures of the castle and surrounding areas. Cant wait to read more