More Creeping up the Welsh Coast

Nah, can't keep it up - but I had a dose of young Americans around me recently as I took a bus somewhere.

Anyway, I left Manorbier on a bus, one of the many that makes short trips all around the Pembrokeshire Coast. This one was going a relatively long distance, all the way to Haverfordwest, 18 miles. Still, it managed to take more than an hour, as it popped up side streets and waited vainly for passengers at various point. At one time, it had three passengers, but for a while it was just me, and when we got to Neyland, I seriously wanted to absent myself - this is where Brunel ran his railway to, or from. Probably to, actually, as until there was a railway, there wasn't a Neyland. It looked a pleasant place as well, on the banks of the River Cleddau. At least this day we could go over the river - I'd heard on the previous day that the wind was so high that buses weren't going over.

Haverford West was just a place to stop and catch another bus, one going 16 miles, but there was a gap of a couple of hours. I had all my bags with me, so a leisurely walk wasn't really an option but I saw a wimpy bar. A wimpy bar! A brand new one, even. I was convinced they'd disappeared, as I've not come across any, just a sign in Tenby. I had to go in, was surpised that they offered table service and had pictures of nice looking ice cream sundaes and had a full menu going, but not surprised although sad to find my food was basically crap.

At the end of my second bus ride, which had taken me through pleasantly rolling farm land, for a swoop down to the coast and then through a bit of rough, I was in St David. Here is its main street, standing about one block from the end. 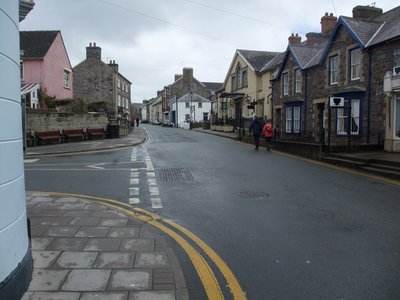 There's maybe another block around the corner and two roads running off it and that's about it. Small is the word, according to wikipedia, it has 1797 occupants and yet it is a city, the UK's smallest, but still a city. The thing is, if you go to the bottom of the main street, and do a bit of a dogleg to theright and go through a gate in a high wall that stops you from seeing anything, you suddenly find this 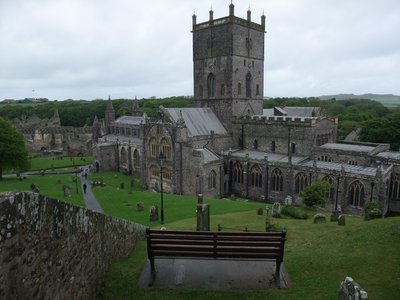 It was a wee bit like the welsh lass saying Machynlleth - every time I saw it it was a fresh delight. I didn't stick around very long the first time, as I was still carrying my bags and had a long walk to the hostel, the longest so far under full load. I'd asked the bus driver about taxis, and was told there were none. Of course, when I got to the hostel there were signs for three different taxi companies. Ah well, at least it wasn't as warm as in Singapore.

It is right out in the country 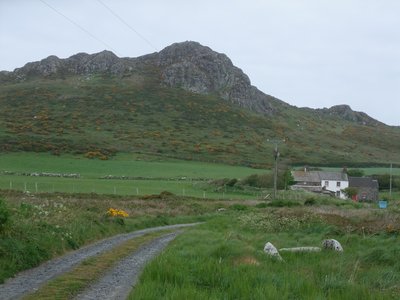 - I can't think of any city where you can start in the centre, walk 30 minutes and spend the last 25 of them in the country. Off to the side is White Sand Bay - the weather was hovering on the verge of rain, if not raining, the whole time I was there so this is as close as I got 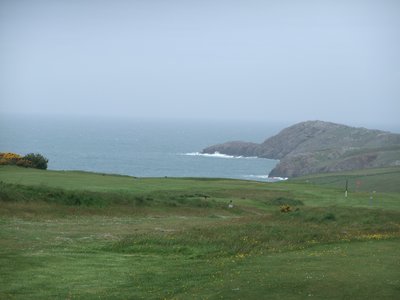 Most of the time, I actually spent around the hostel, there were friendly people and I could work, easily enough. A bit of a scare to have no internet at all, however.

By the time I got back into the central city to find dinner, I was a little alarmed - no convenience store, no chippy, no pizza, hardly even a pub, but three or four posh restaurants which were full. I really didn't feel like starving, and luckily I found a pub at the far end of town that did me proud.

On the Monday, the weather cleared enough to encourage me to make a dash into town, where I could explore the Cathedral properly. 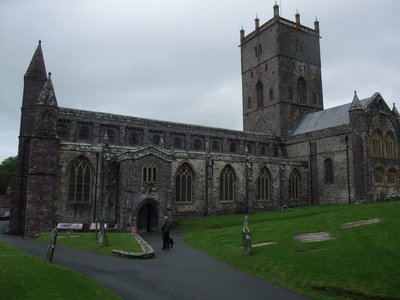 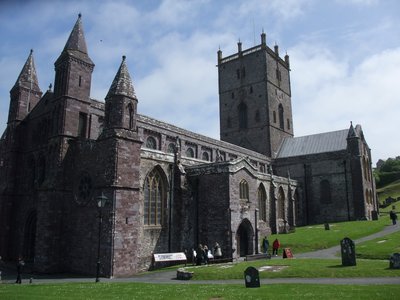 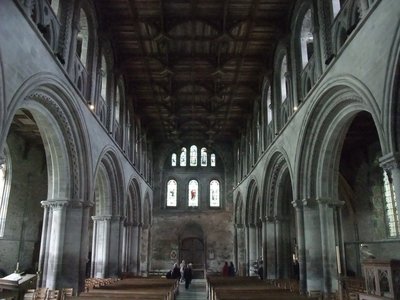 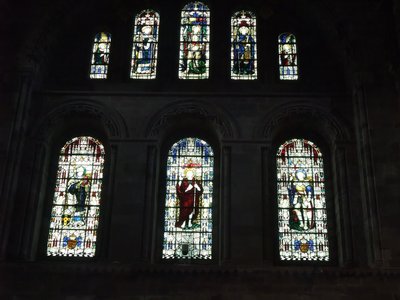 It had a very nice restaurant where I was planning to spend a chunk of time relaxing, until a group of four year olds decided that it was really a football field and that football means lots of screaming. My tolerance to such things is not what it used to be so I retreated to the Bench, which was a very nice place in the centre of town - with a pervasive smell of deliciously cooked prawns.

Next to the Cathedral is the Bishop's Palace, not quite as well kept unfortunately 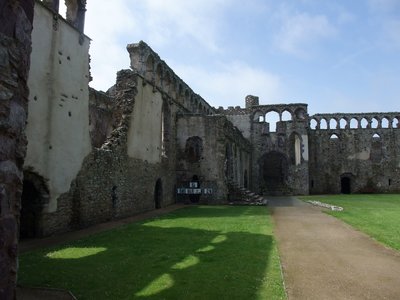 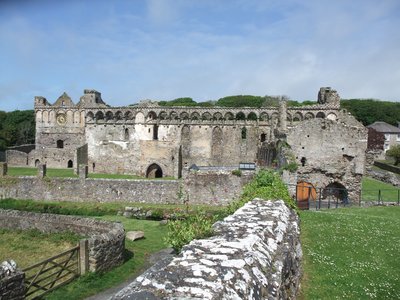 Despite being small with no shops, I managed to spend most of the day in St David, popping through the gate to see the Cathedral a number of times. 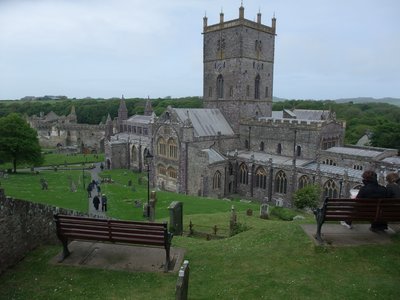 And then it was all over. A bus up the coast to Fishguard, a night in a pleasant hostel there with a pint and a bite to eat in the pub while some folk musicians did their thing in a corner and it was bye bye to the UK. So many things I've seen, yet so many more that I haven't. I could have spent a month covering the ground of the last few days! But it has been grand, with more to come.

Posted by NZBarry 15:54 Archived in Wales