The NY Times sent me an email a while ago touting the virtues of Williamsburg. When I found I could get a room in a new Motel6 right in the centre of town for $30, the deal was done: my first destination would be Williamsburg.

I didn't get very far after dropping Katie at work, no further than the Wal-Mart at the end of town. I've only ever been in one, and I wanted to go and explore the joys of $7 jeans, see if they had any books at all (they do, but John Barth is a long way from what they sell) and generally check the place out. Somehow I emerged with a gallon of kettle fries (Really, a whole gallon. Of chips.), a doo-hickey to let me play my MP3 player through the car stereo and a $1.68 chilli bin.

The drive down the Delmarva Peninsula to its point was fairly unspectacular, but I did have to pull in and wander about Pocomoke - it was – it was hot and still 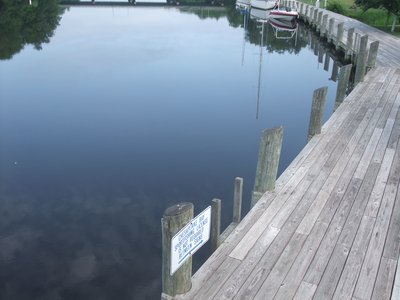 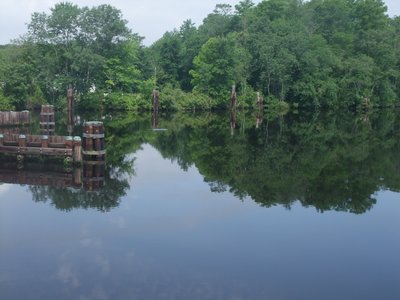 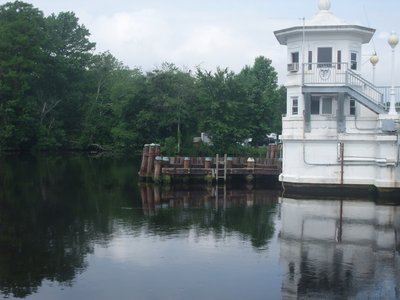 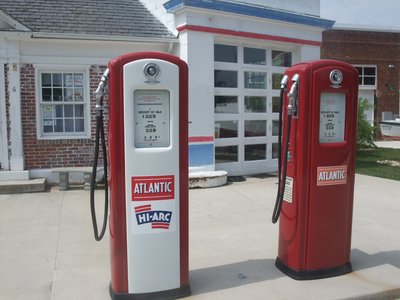 At the point, there is one of the seven engineering wonders of the world, at least it had that status when it was built in 1964, the Chesapeake Bay Bridge-Tunnel. First there is a bridge 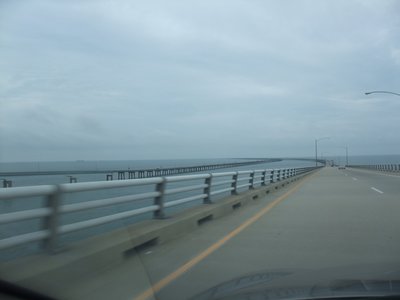 and then there's, well, nothing 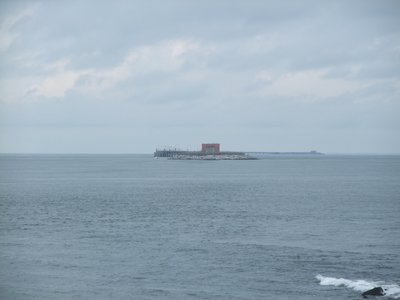 To allow shipping to get in 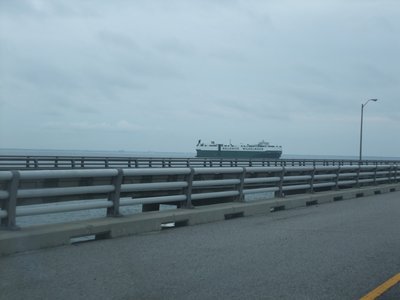 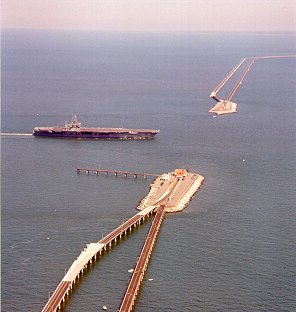 the bridge is transformed into a tunnel, twice. The whole thing is 17 miles long, the longest in the world. This had me back on the mainland, near the big naval base at Norfolk Virginia. My guidebook mentioned a coffee shop there run by leftie wierdoes, so I popped in to check it out. There was a bit of a boat tied up on the way

This is the battleship Wisconsin. 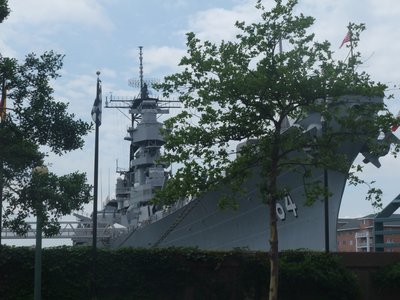 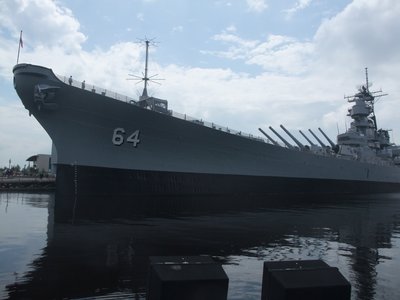 After that, it was a clear run up to Williamsburg but even so it was late in the day before I got there. Williamsburg is one of the oldest settlements in the USA, and when Jamestown was burnt down, it became the colonial capital. Early in the 20th century, after having his church restored a local priest decided it would be a good idea to restore colonial Williamsburg to its 17th century glory. It has operating taverns and shops as well as various historical buildings with a replica of their original contents. Several blocks in all. Almost everything was closed by the time I got there, but wandering around made for a pleasant couple of hours. 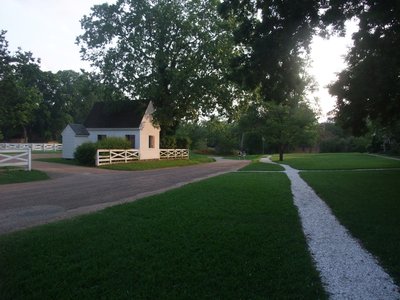 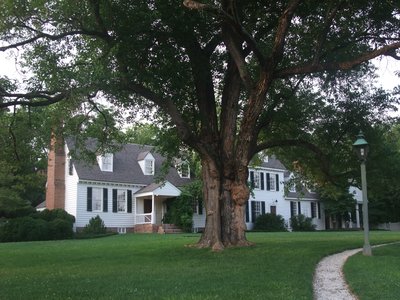 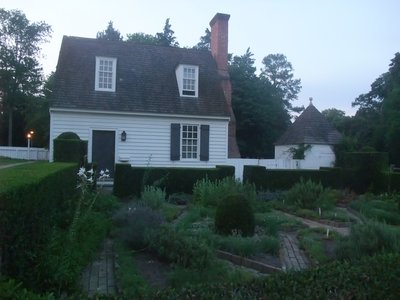 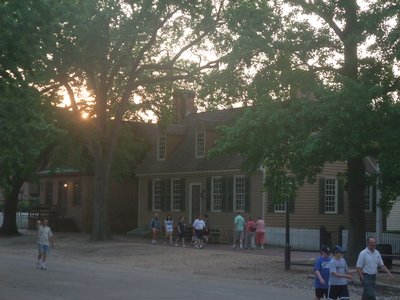 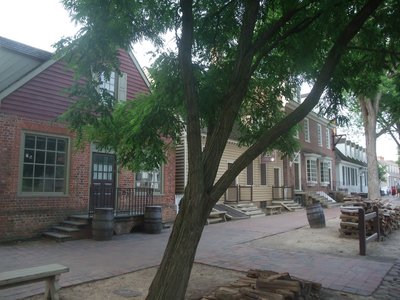 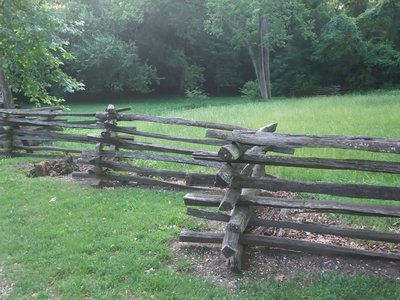 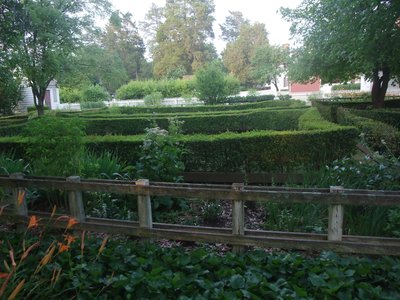 This is the Governor's Palace, occupied at one stage by Thomas Jefferson 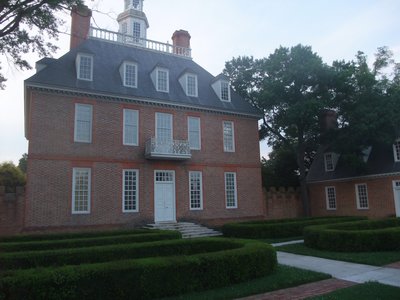 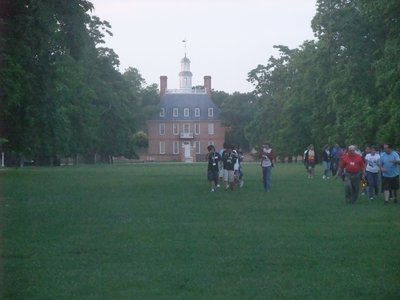 and the Court House 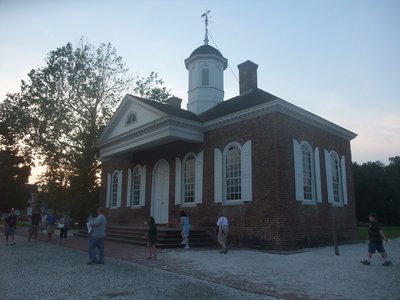 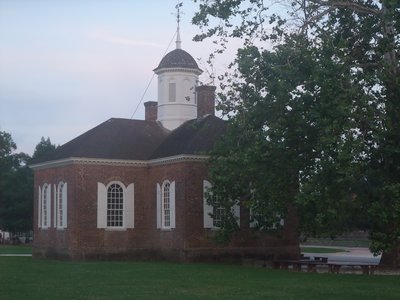 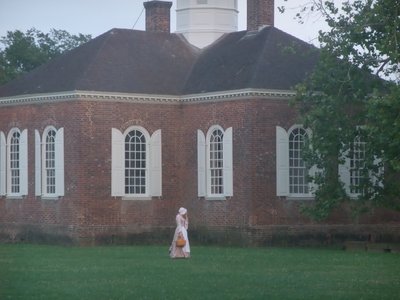 Next door is William & Mary College, second oldest University in the USA, and a collection of very handsome buildings indeed, although not the originals 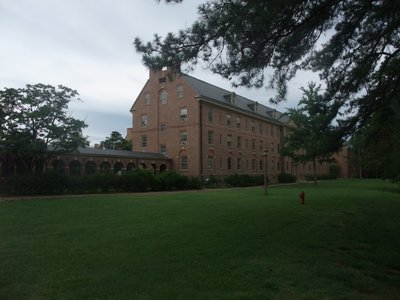 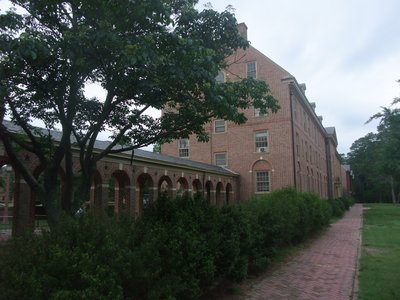 They had a good bookshop, it even had several John Barth books, but not the one I want. I'll get one if it kills me!

I was quite keen to try out one of the dining establishments in Colonial Williamsburg, as they serve 17th century food, but they were mostly closed, and the offerings from the one I did find open didn't realy appeal (partly because they were $US30 for a main). So, recourse was had to one of the endless fast food places America offers.

Posted by NZBarry 00:56 Archived in USA