After reading Ryu Murakami's In The Miso Soup a few years ago, I was curious about the bell-ringing that the Japanese do on New Year's Eve to literally ring in the New Year. I didn't hear any bell ringing from my hotel and didn't quite know where in Kyoto I might get to be part of such a ceremony, so missed out. I did engage with one popular thing to do on New Year's Day: I went shopping. They call it hatsu-uri - the first sale of the year, and it looked like thousands were lining up at some shops to carry out the ritual. All I ended up buying was an incredibly small steak (as if the cow had been grown to scale with a bonsai tree): I spent the day largely walking around the Gion area of Kyoto. This is the oldest section, dating back to the middle ages. Instead of allowing development, the idea is to preserve this as a historical district.

On my way there, I came across one of the brightest temples I've ever seen (apart from Mega Mitre 10): 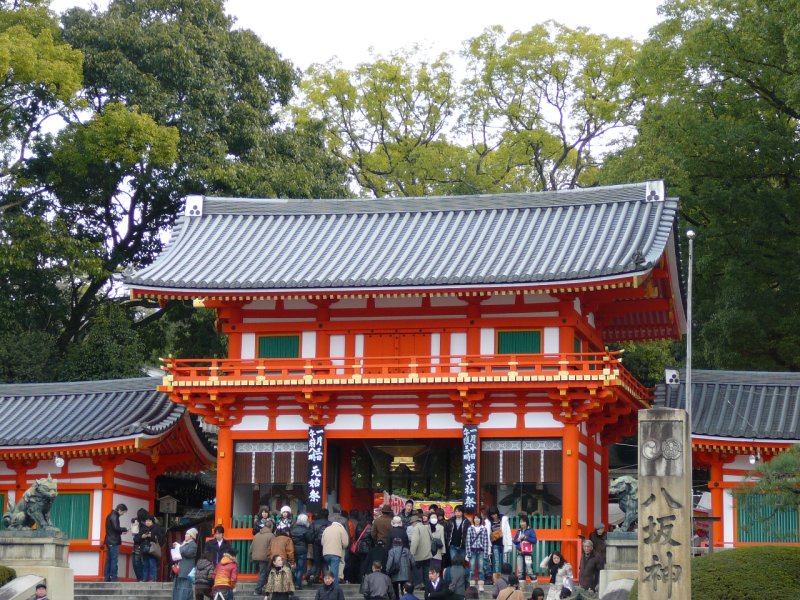 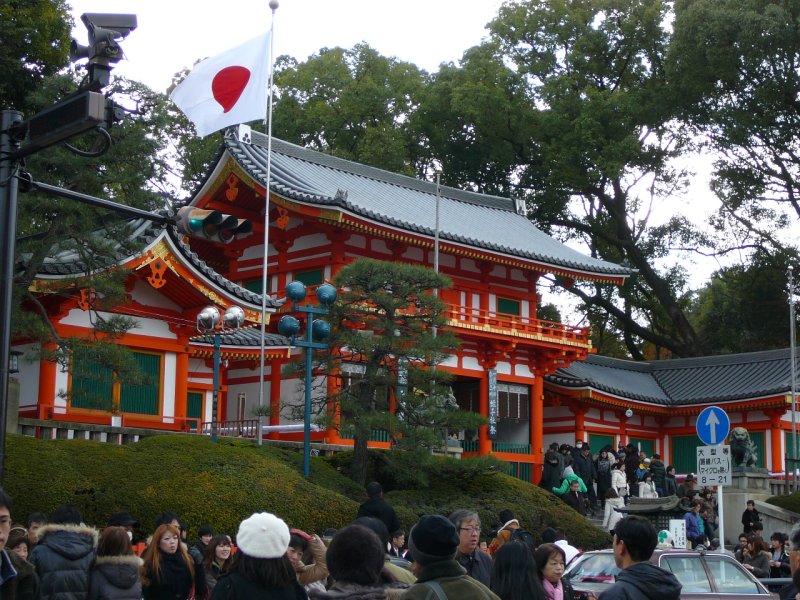 I didn't take many photos for some reason and the ones I did take might not be regarded as the most conventional tourist photos, mainly taken in the side streets of Gion, where there has been modernisation but in a respectful style. Here are some townhouses: 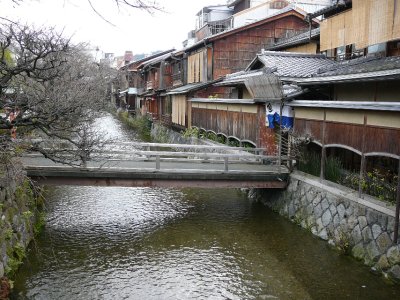 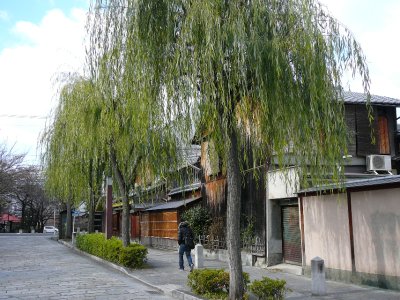 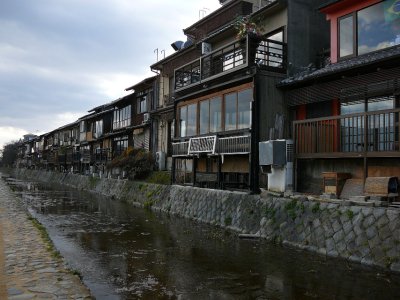 and some shops in the area (these ones didn't open) 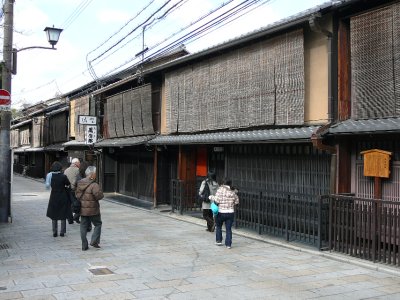 Gion is a place where it is still possible to see traditional geishas, but their numbers have apparently dropped off dramatically. I didn't see any real ones, although I saw several women who had obviously rented the outfit for the day. The only bird who would acknowledge my presence was this one: 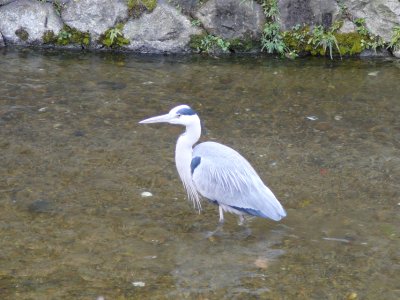 Something odd happened to me today, however: after seeing so many taxis like this one 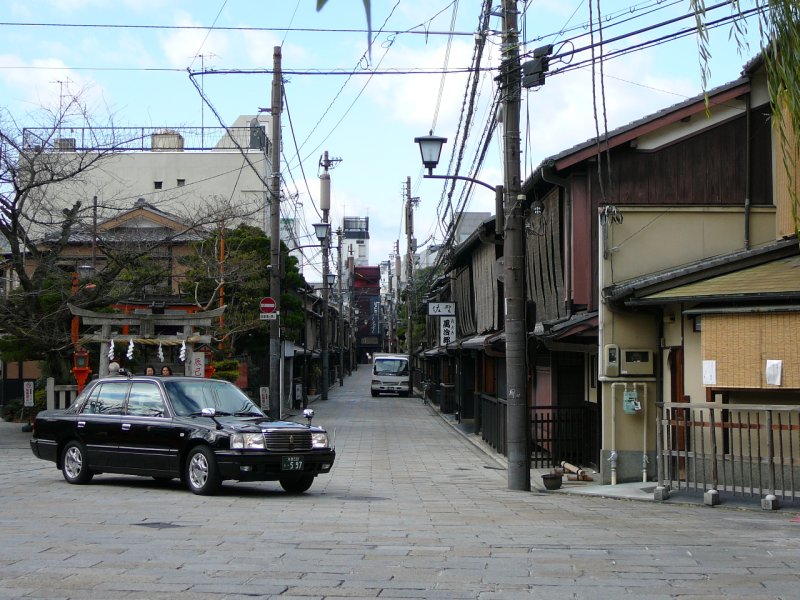 I decided that when I got home, I'd have to get either a Toyota Crown or Nissan Cedric: cars that actually look like cars rather than air bubbles.

Back across the river from Gion, I wandered around looking for coffee shops my guide book told me I should be trying, found some donut places instead. In the evening, I thought that since it was New Year's Day, I should take myself somewhere nice for dinner, rather than noodle or curry houses or the food departments in supermarkets. I'd noticed a couple of narrow streets lined with restaurants, so made my way back there, to be confounded by the most interesting looking places having Japanese only menus. After wandering up and down the entire street a couple of times without making up my mind, I finally went into an Izakaya - pretty much the Japanese equivalent of a pub, but with small servings of food. This one looked pretty old and ramshackle - a square bar around the cooking area and bar seats around the bar - very small. They charged me a fairly hefty cover charge, saying I'd get snacks - all I did get was a bowl of endamame (people will know how much I love boiled soya bean pods (Yeah, right!)). But I was happy enough pigging out on yakitori (being careful to avoid those made of offal), kushiyaki, korokke and yakiniku.