I was here for a couple of days without once feeling the urge to see a temple, unless you count this 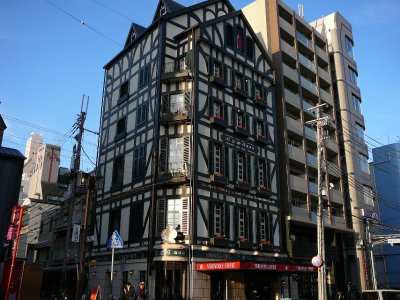 It is Nishamura's Coffee House, and quite the local icon, having been in business for more than 50 years, owned by the same family throughout. I had a long wait for a table, despite the bottom two floors (at least) being given over to the cafe. Its not exactly a casual place - the waiters had a silver service level of formaility, and the menu was an eleborate affair, with lots of different ways to get your coffee (all VERY expensive), fancy cakes and combinations of the two. I ended up with a cake and a filter coffee, and occupied myself with people watching: a few tourists like myself, but the bulk of the custom seemed to come from well-heeled locals.

After wandering the town for a bit, curiosity got the better of me. I was checked in to a capsule hotel, and they were very strict about not letting me in until after 3:00. Since it was well after that, I had to go. The first floor communal area was very much like a communal area in a backpackers - internet, comfy chairs, TV's, food vending machines - with one minor difference: a bath the size of a small swimming pool out the back. Upstairs was the sleeping area - my reading had led me to expect drawers, a bit like in a morgue, but it was nothing like that: 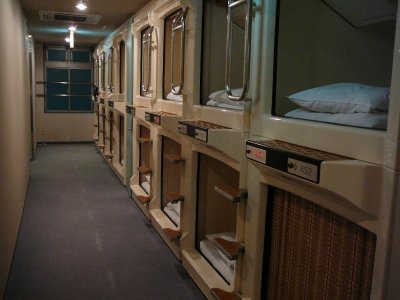 I reckon I had more space than in many backpacker bunks 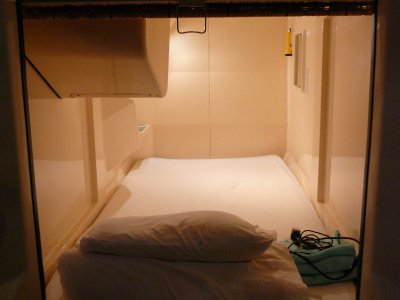 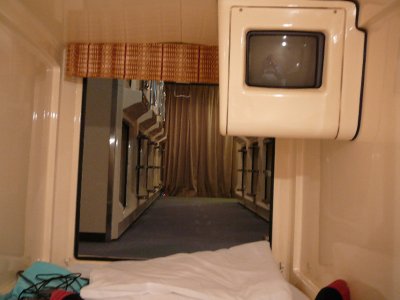 The thing that made staying in a capsule hotel very different from staying in a backpackers is that some of the guys (it was a men only space) would come out of the bath and pop into the communal space without troubling to robe themselves very carefully - finding me a little unprepared for so much naked Japanese man and leaving me a little nonplussed.

The centre of Kobe, around the railway station, didn't do much for me - lots of garish entertainment places - but I walked out towards the harbour and found it much more rewarding. There was another long covered alley between shops - I saw a place selling really good looking umbrellas (Kansai brand) but decided it would be too awkward to buy a bunch of umbrellas to carry for the rest of the trip, thinking I was bound to find another shop in Tokyo (I never did). Looking back into town from the pier, it could have been almost anywhere 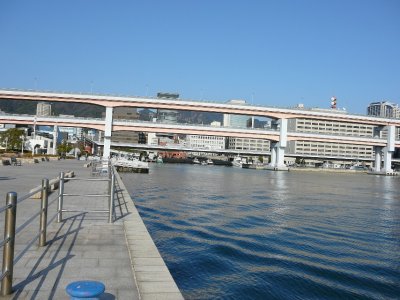 I was hanging about, enjoying the sun, doing a bit of reading when I heard some strange noises - music, engines, and someone speaking through a megaphone. Here are the engines I could hear 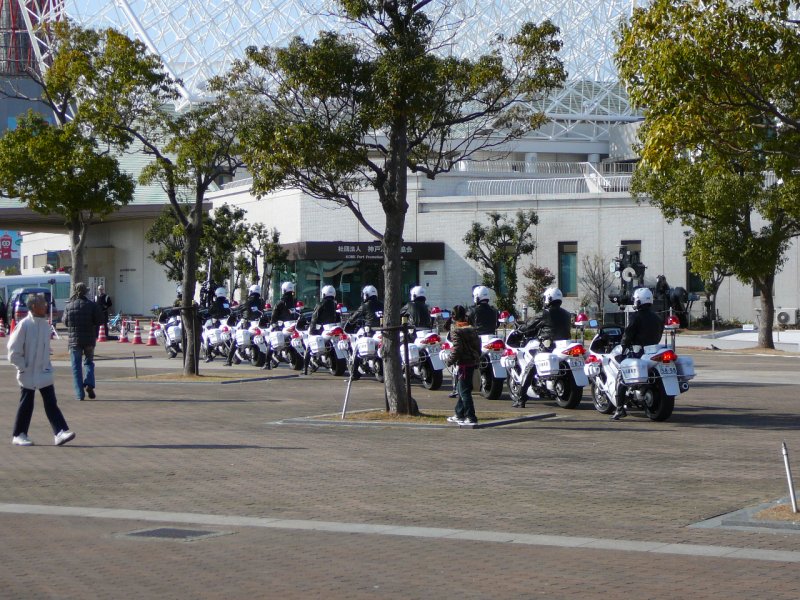 I think it may have been this fellow with the megaphone 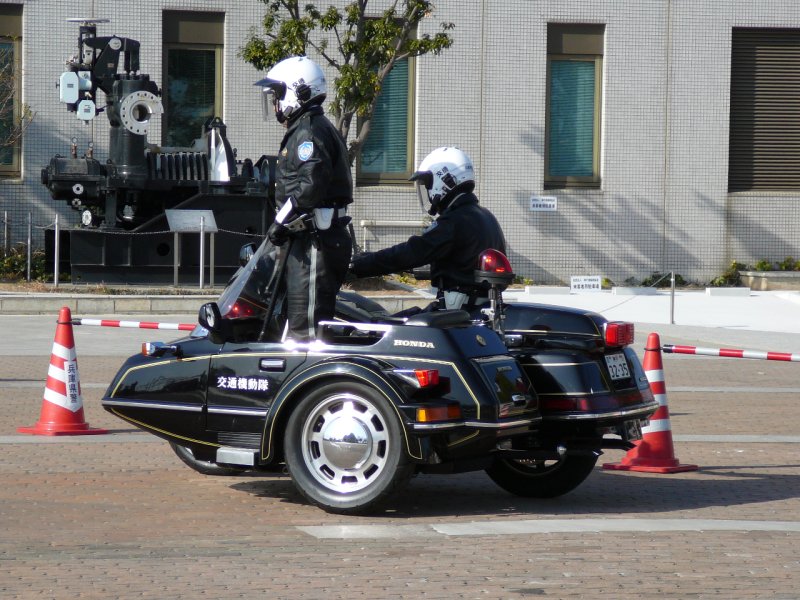 He led off and then left them to dance 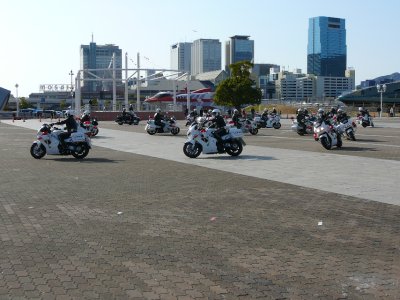 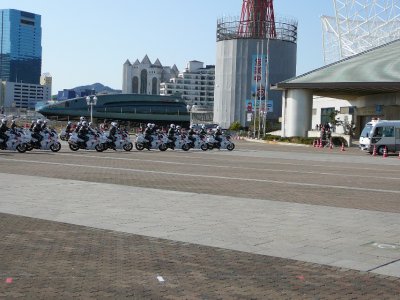 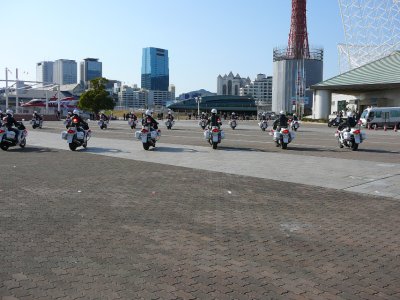 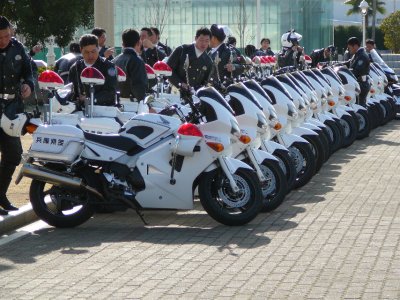 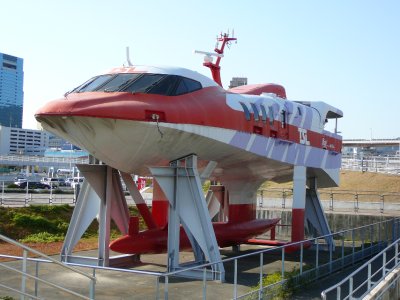 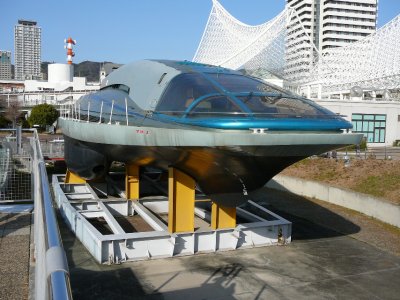 as well as some much older examples 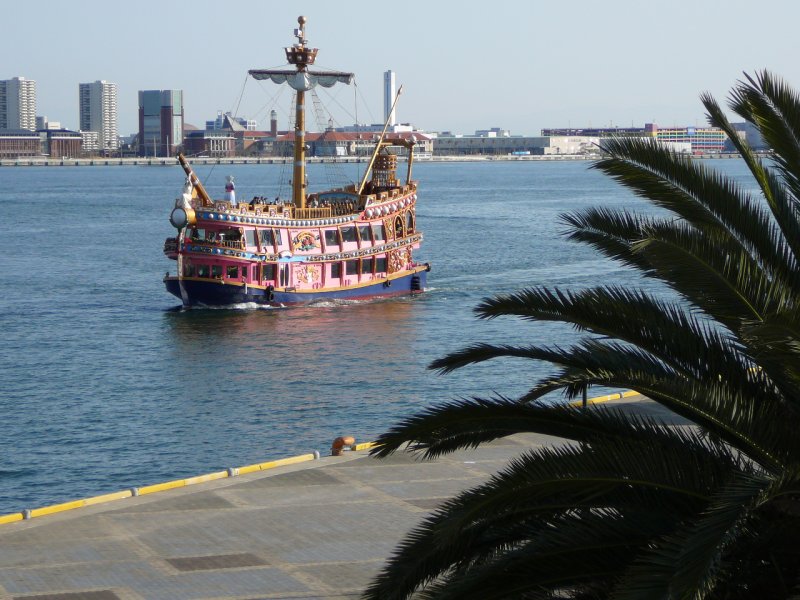 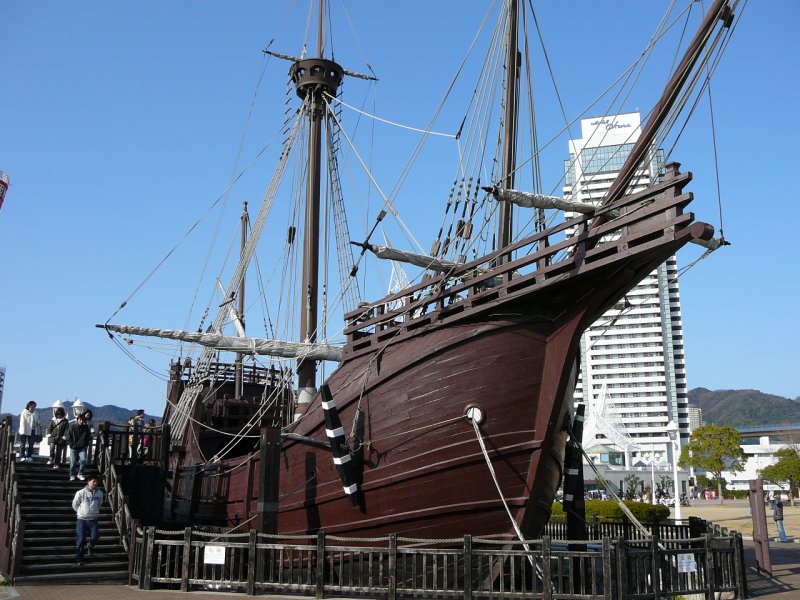 And that was Kobe, for me anyway.