Singapore has to be one of the most fantastic places to go for food - it ranges from the very fancy to the humble foodcourt, with everything in between. About the only thing I never found was a good coffee; the best I found was the day I dozed on the bus going to work and missed my stop, only to find there was an entire Bukit Timah shopping centre one stop away from the University, which had an Italian cafe with OK coffee.

I did visit lots of food courts with a view to picking my favourite, and have three contenders. First up is the Kopitiam near the beginning of Orchard Road, 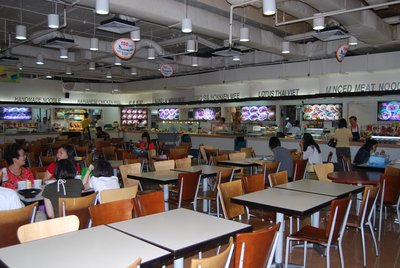 the place I probably visited the most, because it was the place I first visited when I arrived in Singapore the first time, plus it was close, I think it stays open 24/7, has cheap beer and it has this: 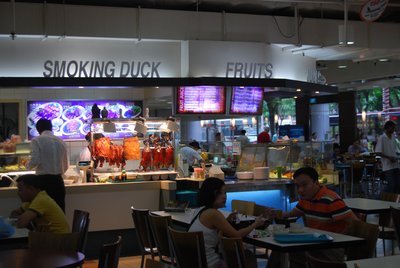 The next I stumbled into when I went walking randomly the day I found it was a holiday so couldn't work - the Clark Quay Kopitiam gets points simply for the view: 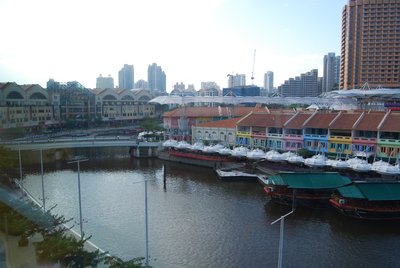 But loses because it does not sell beer and I didn't really go for the food: 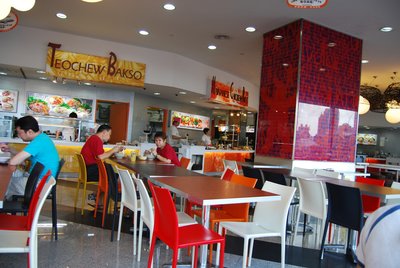 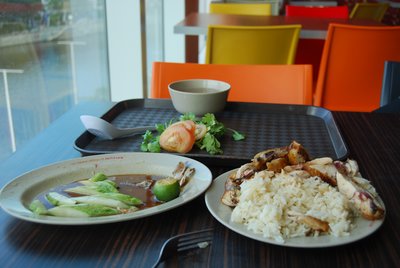 My winner is the place I remember most fondly from last time, a place I was convinced was going to be wrecked in the revamp, but has come out looking very good and with great food, the Raffles Shopping Food Court: 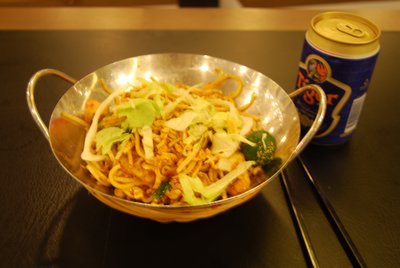 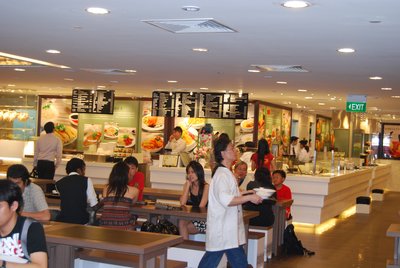 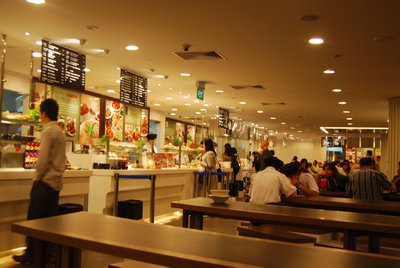 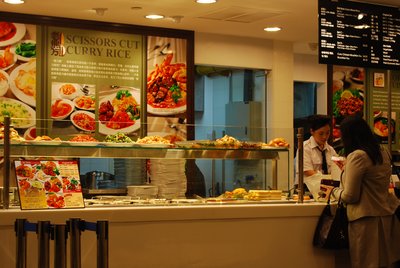 I didn't only eat in foodcourts: I had such a great lunch, probably the best chicken curry I've ever had, at the Rendezvous Hotel 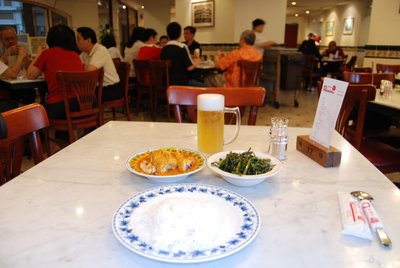 that I went back for their buffet dinner (and failed to take a camera). I think I pretty much ate an entire steamed sea bass (so called, I believe, because it is the same size as a bass guitar) along with a rather tasty duck curry, among other stuff.

Of course, you can't go to Singapore and not have at least one Singapore Sling. 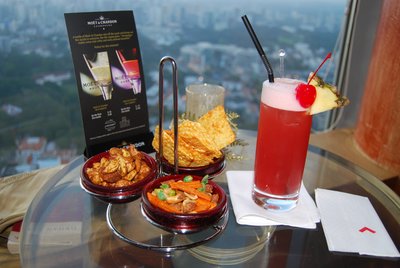 Tastes rather like marzipan. THE place to go is of course Raffles (the Hotel, not the foodcourt) but I decided I wanted a place with a view (top floor of this, about where the light is: 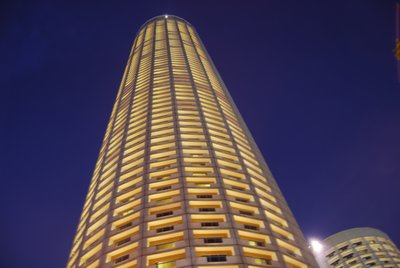 My final experience of Singapore was rather a surprise; I was flying out of the newest terminal at Changi, and thought it was a bit lacking, until I discovered Brewerkz, who make a fine India Pale Ale but, more interestingly 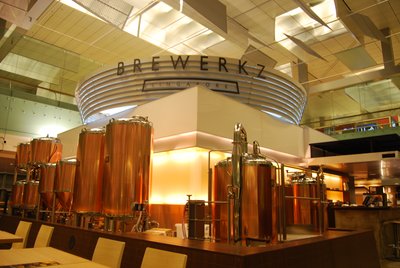 have installed a brewery in the airport. Damn expensive beer, but it didn't stop me having two.