Lunch was delayed: what I took to be some sort of interesting looking eating house turned out to be a temple. the Denso-in Temple (I think - there was no sign, but that's what my studies of the maps reveal) - it was a nice peaceful spot on top of the hill behind my hotel, so I hung around a bit 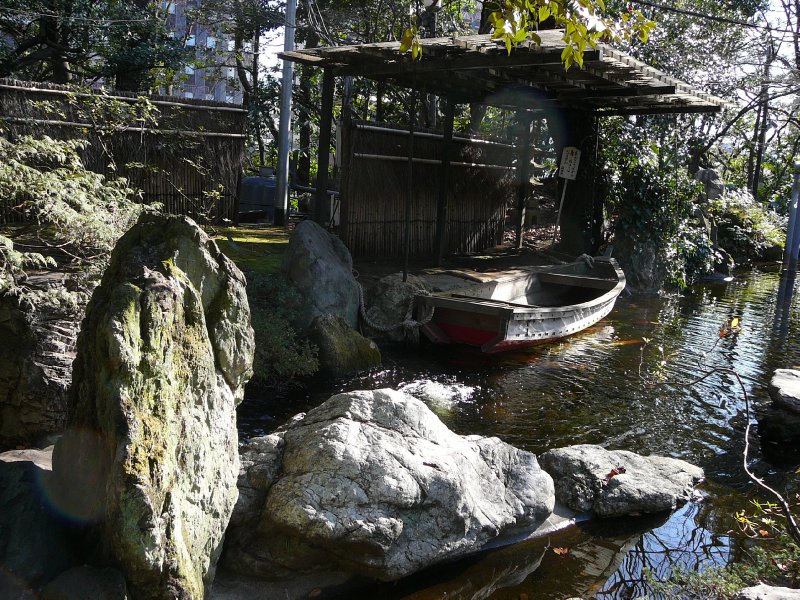 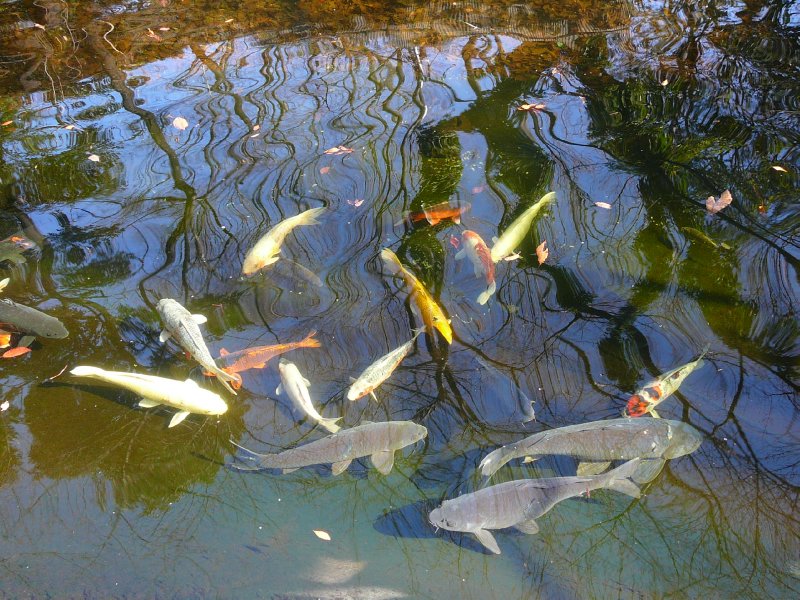 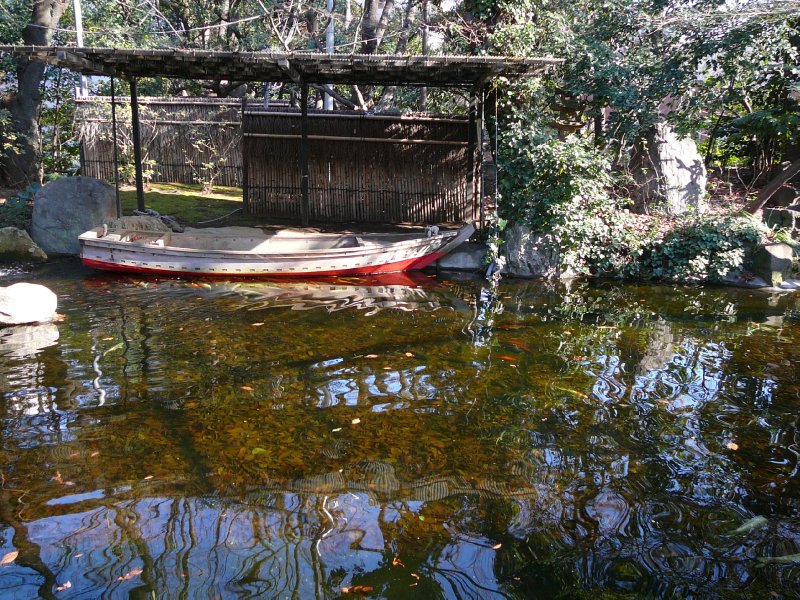 Plans thwarted, I decided to see what was down here 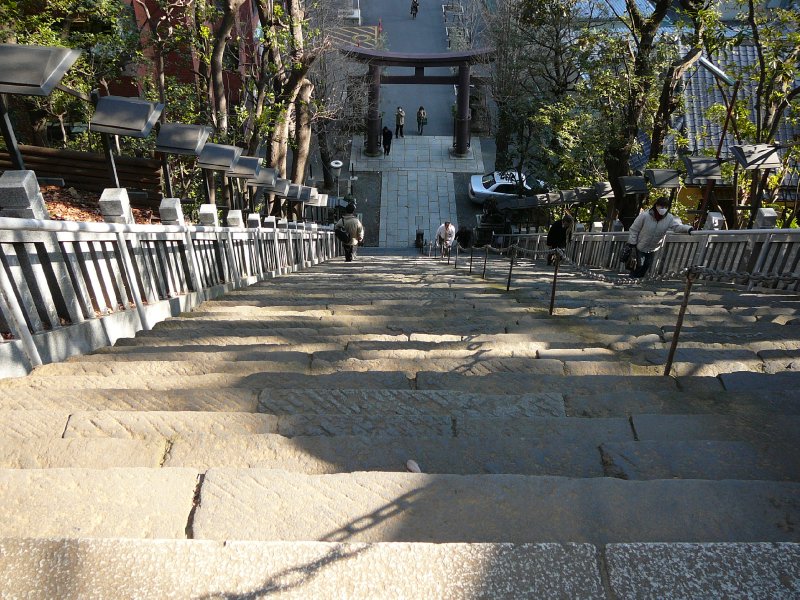 Another temple, it turned out, but a very new looking one, with quite a lot of green space around it 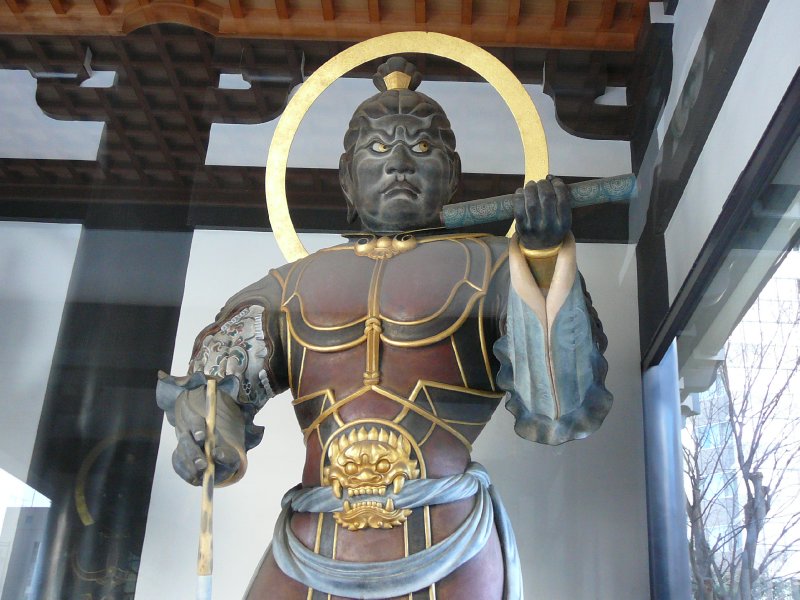 and some guardians at the gate 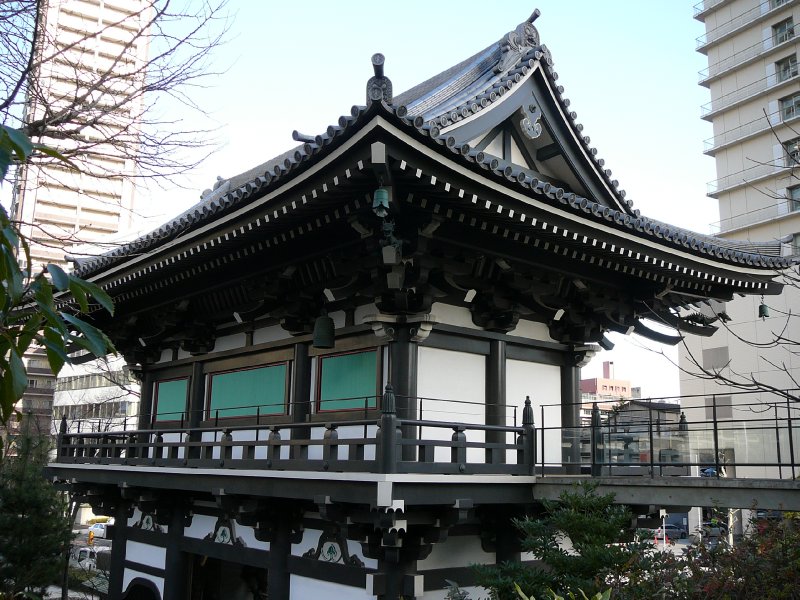 Nearby, I found a couple of rather large buildings - this is the Mori Tower 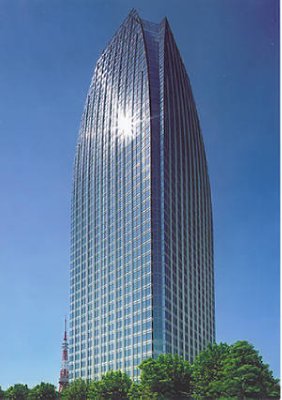 I went in and discovered there was a restaurant on the 42nd floor, so decided to check it out: very posh and exclusive, but I went in and had a coffee anyway. 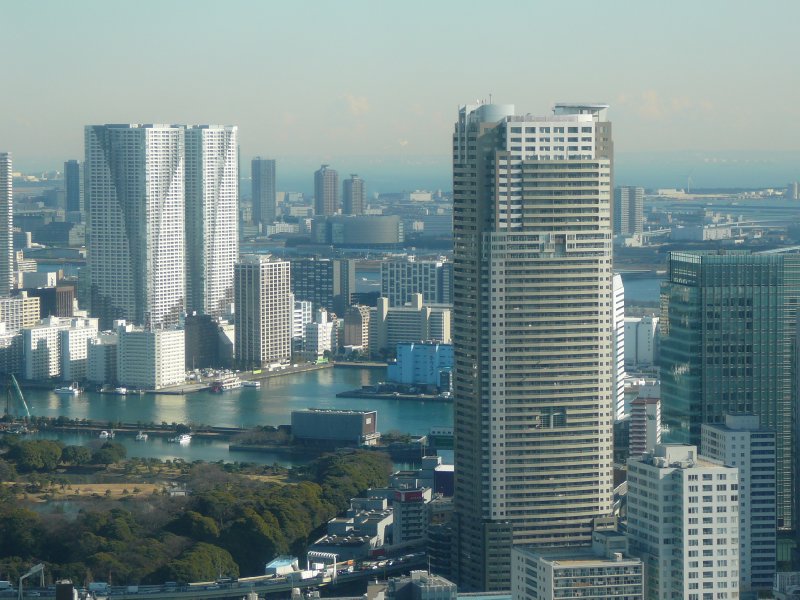 Down in the lower decks, they had some more reasonably priced eateries, where I was able to have a delicious tonkatsu 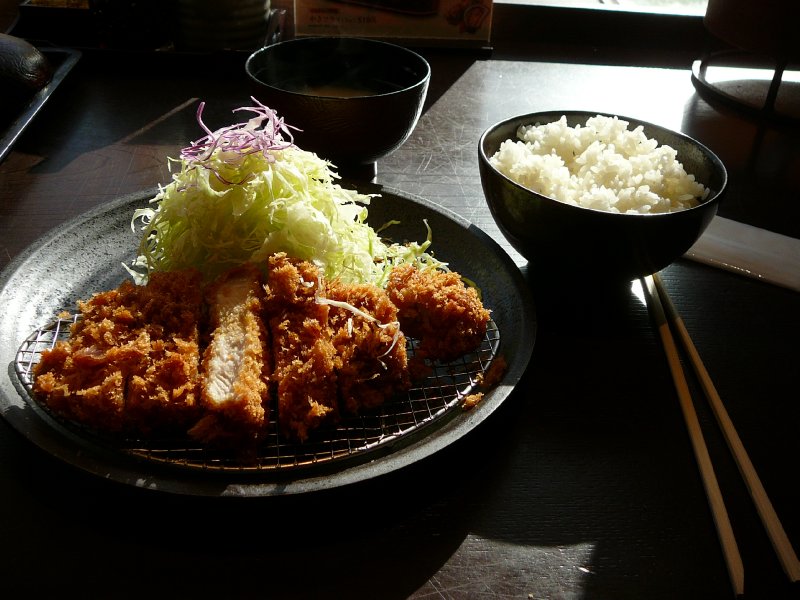 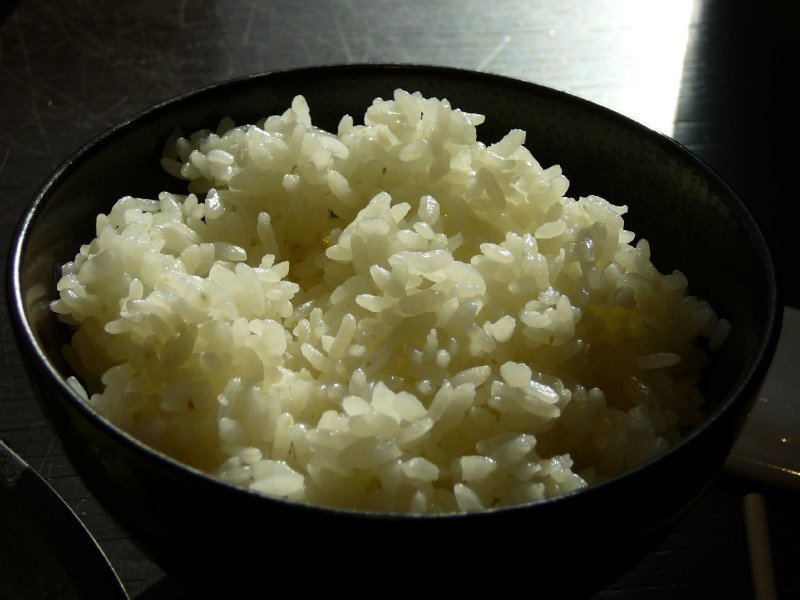 One of the big drawcards for me in Tokyo was Akihabara, which is supposedly the best place to check out electronic goods, particularly hifi. I found it to be a bit average, to be honest - a few buildings devoted to a handful of brands (McIntosh was very evident), but not a friendly vibe and the kit was jam-packed in. I was better off in a Bic Camera or Yodobashi - huge megastores with all sorts of electronic stuff, where I spent hours, checking out stereos, playing with cameras, trying on headphones: it is still a surprise to me that I came home with so little from them (although I did make an error with the exchange rate - I thought I was going to make a fortune selling a particular electronic gadget on trademe, until I realised I had moved the decimal point one digit too far, so that they seemed to be a tenth of their actual price. oops!). The ones at Ikebukuro seemed particularly enormous, and here they had a Yamada Denki as well.

I spent my last few days in Japan in the Sakura hotel in Ikebukuro - it seemed a good idea to have a change of location. Ikebukuro is quite a razzle-dazzle sort of place: major shopping across the tracks from where I was staying, including the weird Sunshine City mall, and then lots of bars, clubs and the like between where I was staying and the station. Everywhere was festooned with overbright and garish neon. One of the reasons I'd chosen to come here was the so-called gyoza stadium and the ice cream stadium at Sunshine city, but when I got there, I found it was inside a children's amusement park (Namja Town): I watched for quite a while, but no single adult went in, so I decided it was not for me.

One unexpected benefit of staying in this part of town is that it has quite a few record shops, actual vinyl records, I mean. Between them all, they had a very significant collection. If I hadn't been worried about the need to carry them all home, I'm pretty sure I could have bought several times the number I did accumulate. 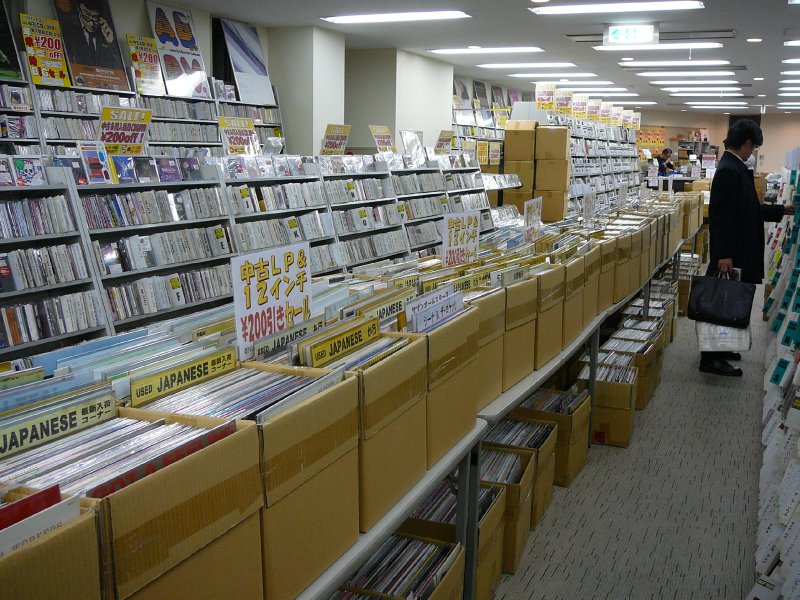 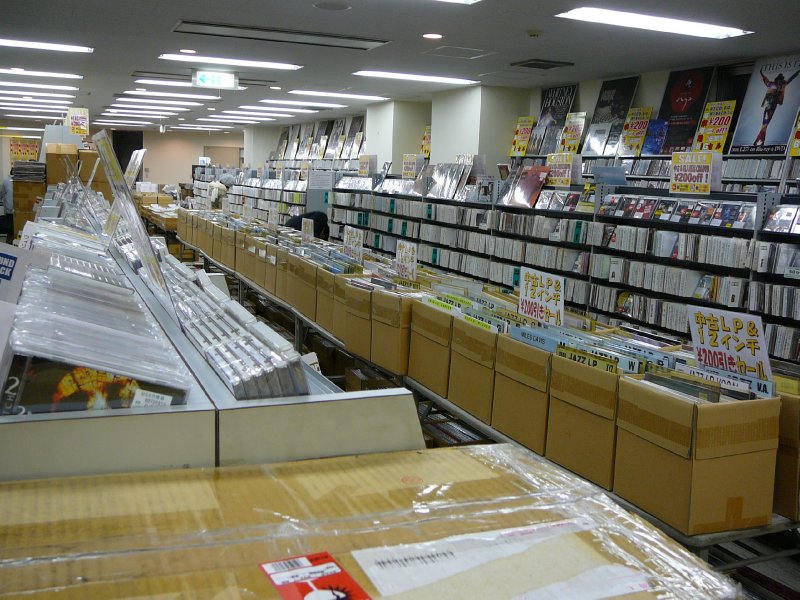 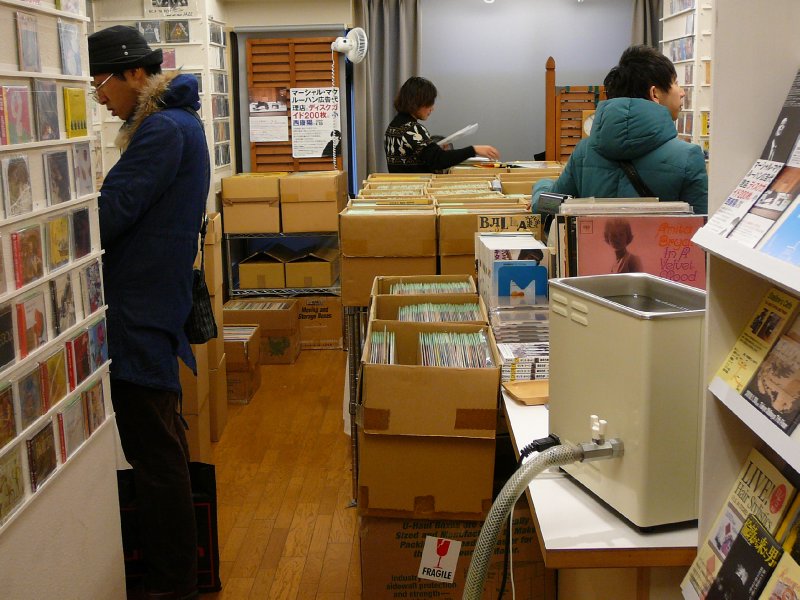 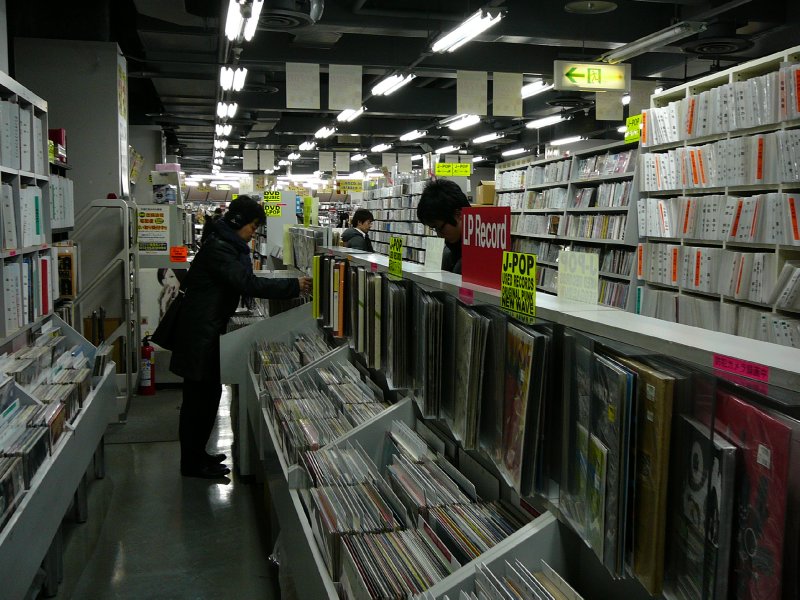 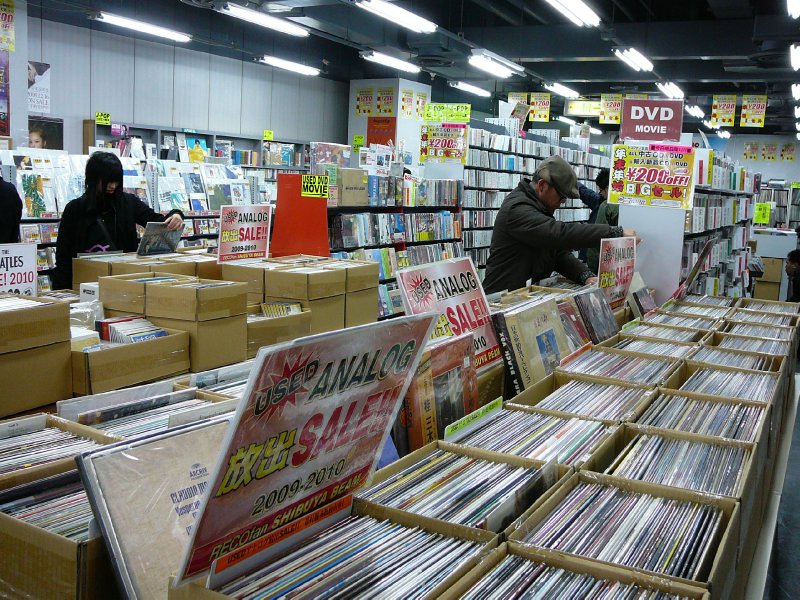 These shops weren't all at Ikebukuro - I spent a day down at Harajuku, and found some more. I actually went down here because I was curious about the cosplay scene (where people dress up in costumes and then play out the character they've adopted), but saw nothing - apparently it is a Sunday only thing. But people do come here for one other thing, and that's the shopping. This is Takeshita street, the one that caters to young fashions 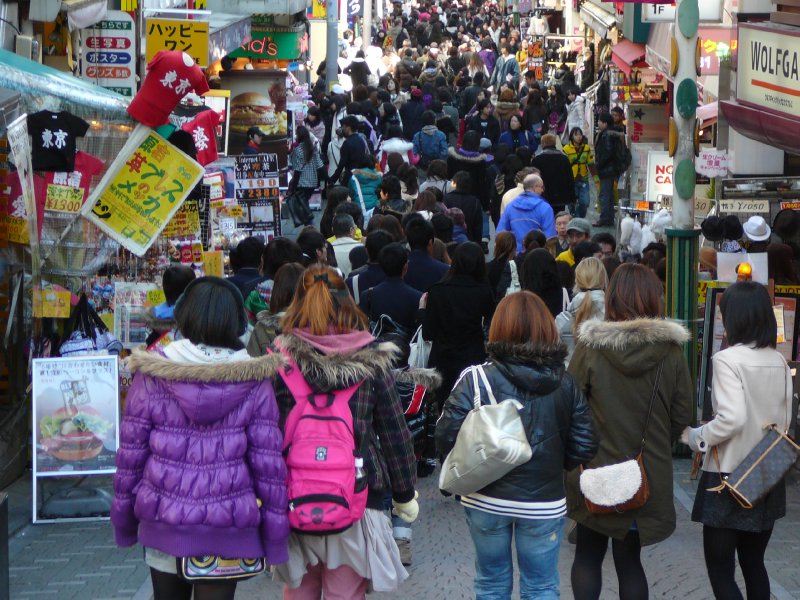 I did walk up it but, unsurprisingly, there was nothing there for me. There is a parallel street, Omotesandō, which was much more satisfying: a tree-lined avenue (often called Tokyo's Champs-Élysées) with some cool coffee shops, very upmarket international brands and the Oriental Bazaar, which had a nice collection of traditional Japanese clothing, crafts, ceramics and the like.