This, finally, is my last post about my trip to Japan. There are several day trips to be taken out of Tokyo, but the one that appealed the most to me was to go up to Nikko, a place which Tokyoites go to for the mountain air. It is a smallish town, north of Tokyo, and a pretty big deal in Japanese history: it has had religious significance for centuries and is the burial place for an important early 17th century shogun (i.e. ruler of Japan), Tokugawa Ieyasu. His grandson caused half a million workers to labour for a year and a half to construct a shrine (Toshogu) in his honour. I, er, wouldn't pay the entry fee to go in. 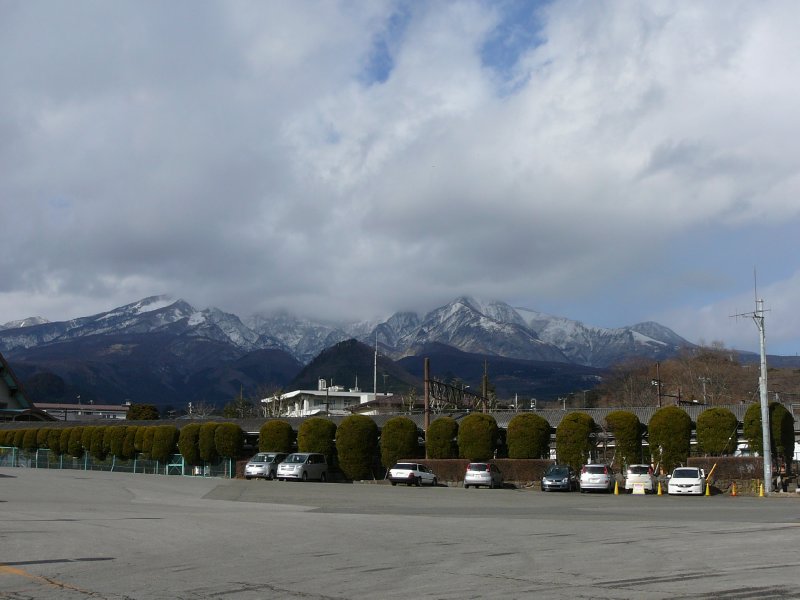 The town itself, not so pretty. On my way up, I spotted a place that gets raved about, Hippari dako, so popped in for some chicken skewers: it is very much a cafe aimed at the Western tourist, and they've been there in their thousands, judging by all the business cards left behind.

Immediately before the National Park is the Shinkyo Sacred Bridge 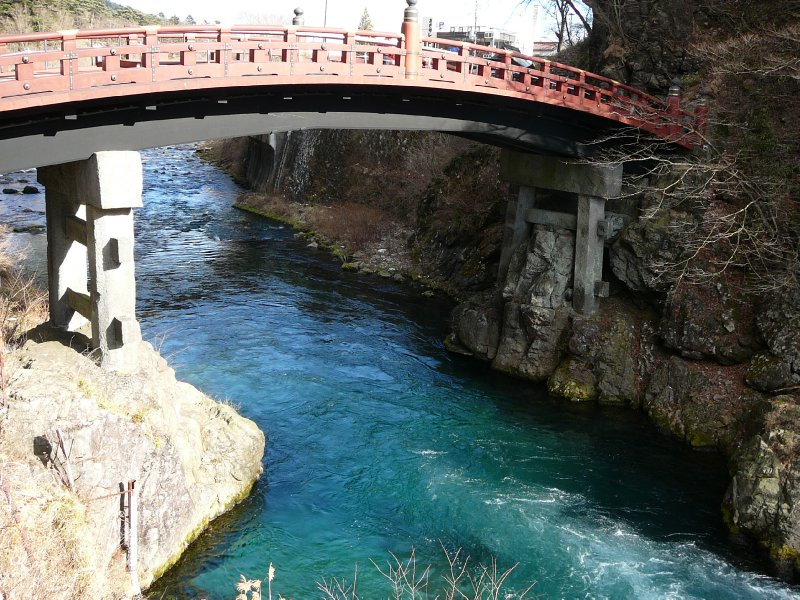 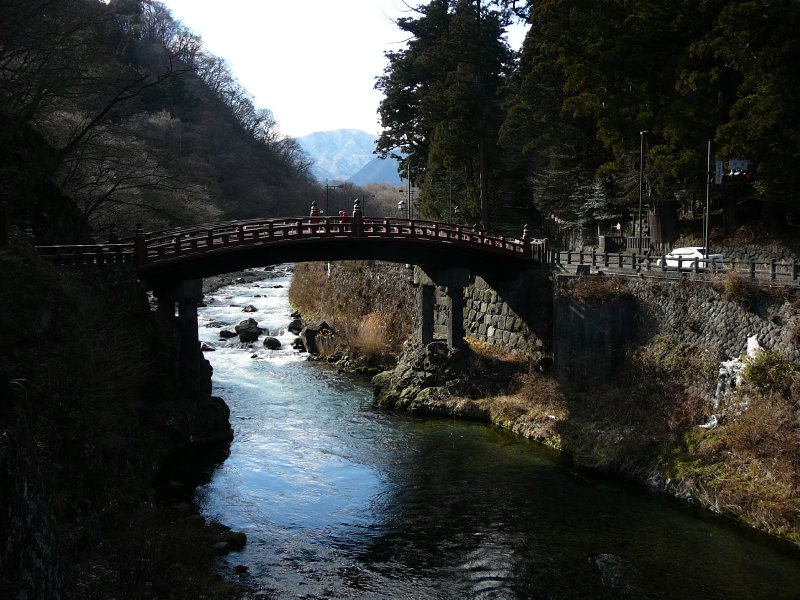 The story goes that the priest who brought Buddhism to the area, Shoto, wanted to get across the river and called upon the gods for assistance: they obliged by providing a pair of snakes which formed a rudimentary bridge. This is their material (and man-made) substitute.

The path up is tree lined, and would be gorgeous with a layer of snow: 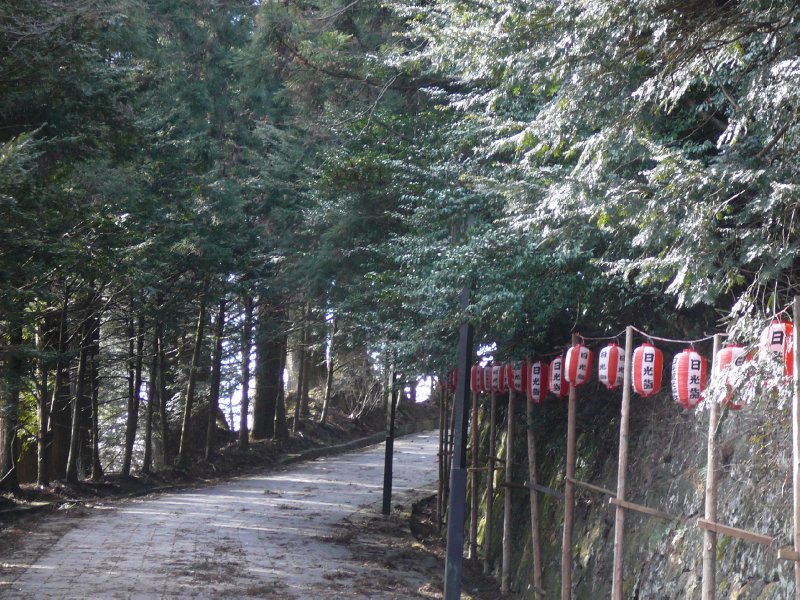 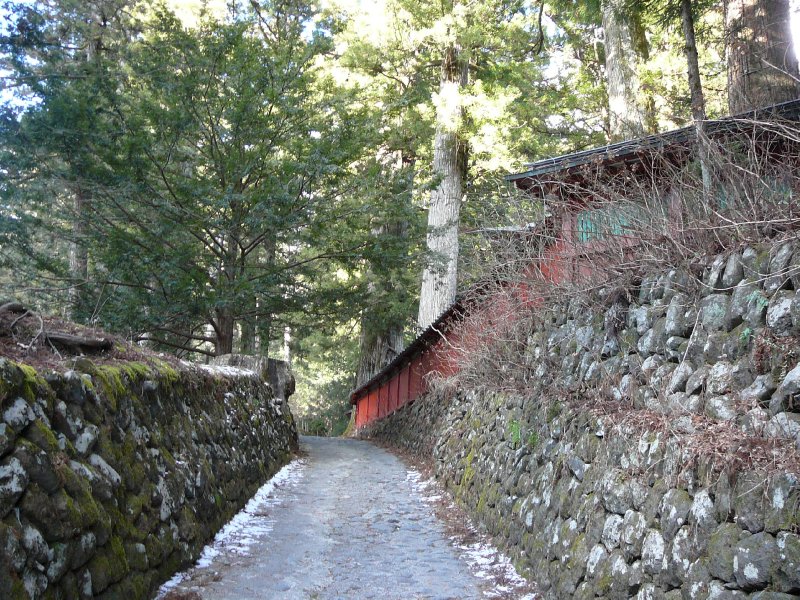 Priest Shoto is still around to greet visitors 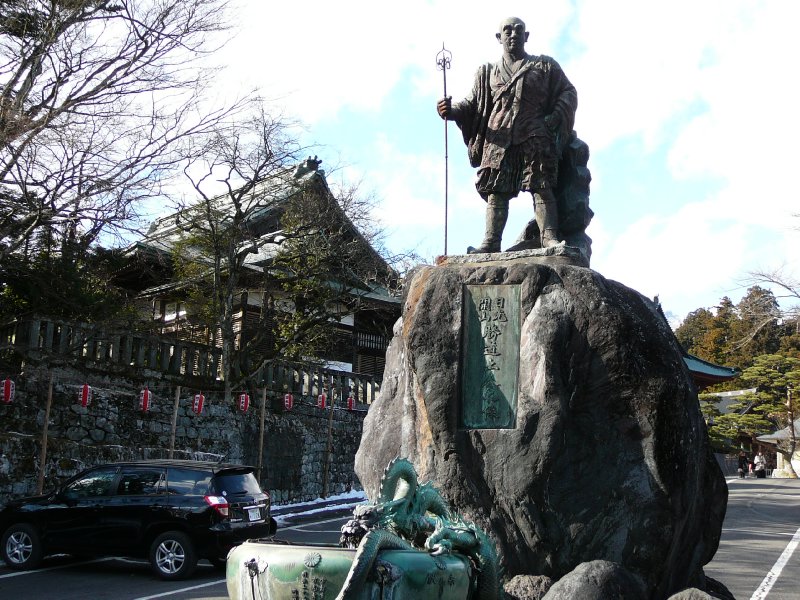 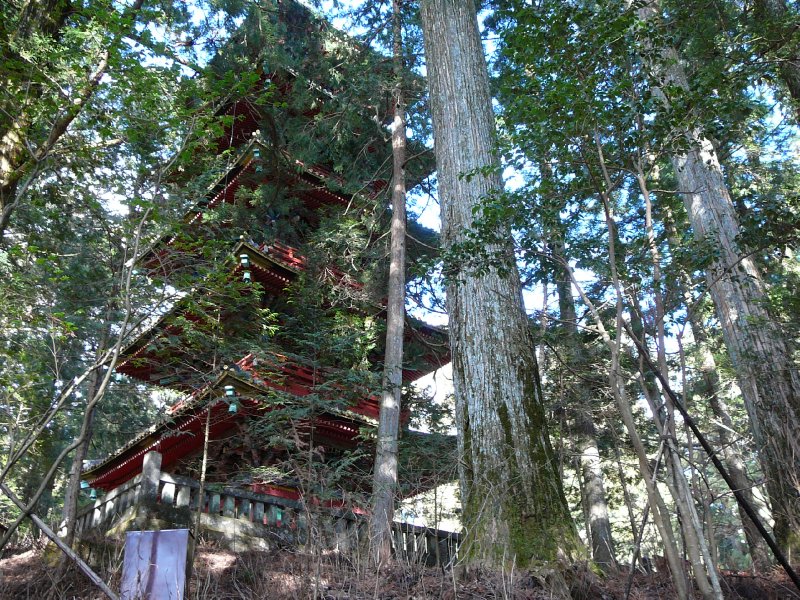 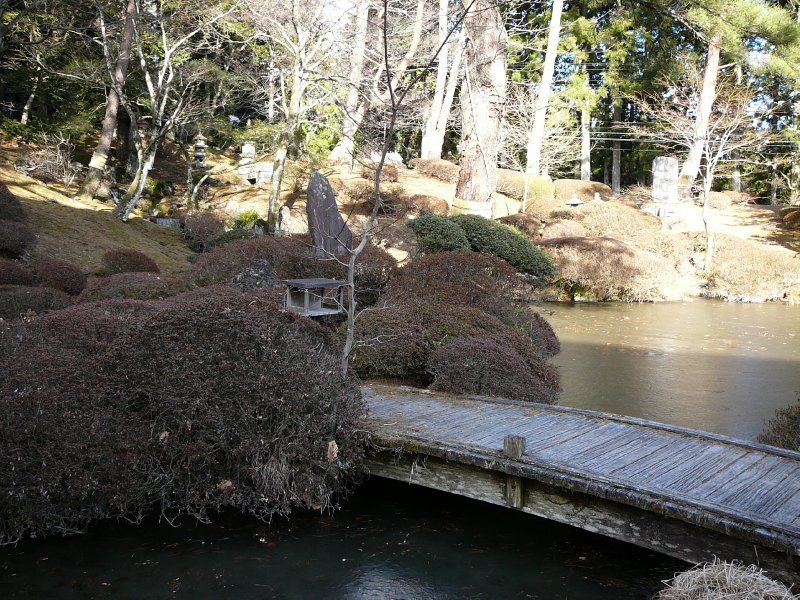 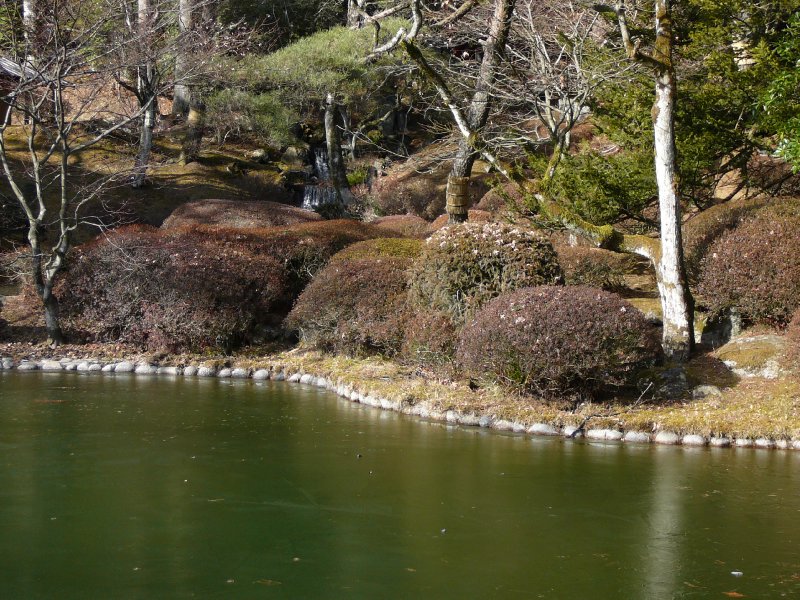 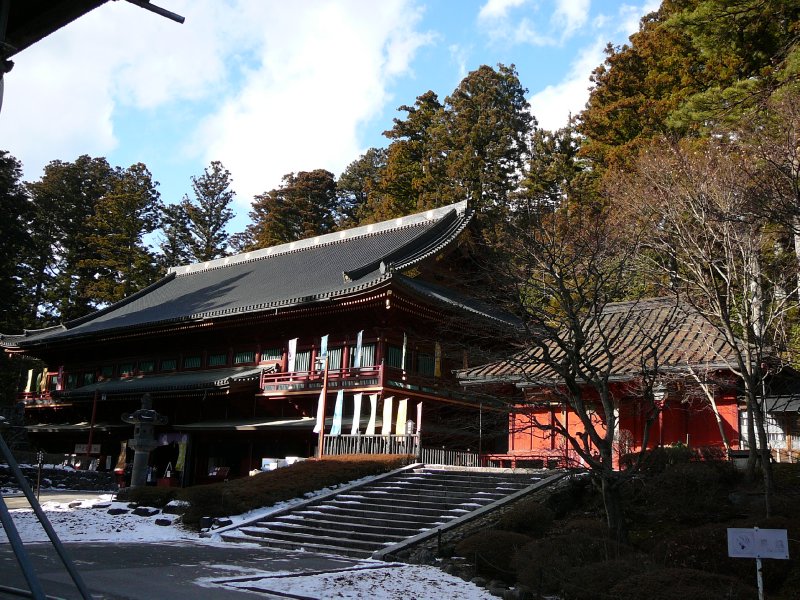 I found a wee path snaking off up through the trees 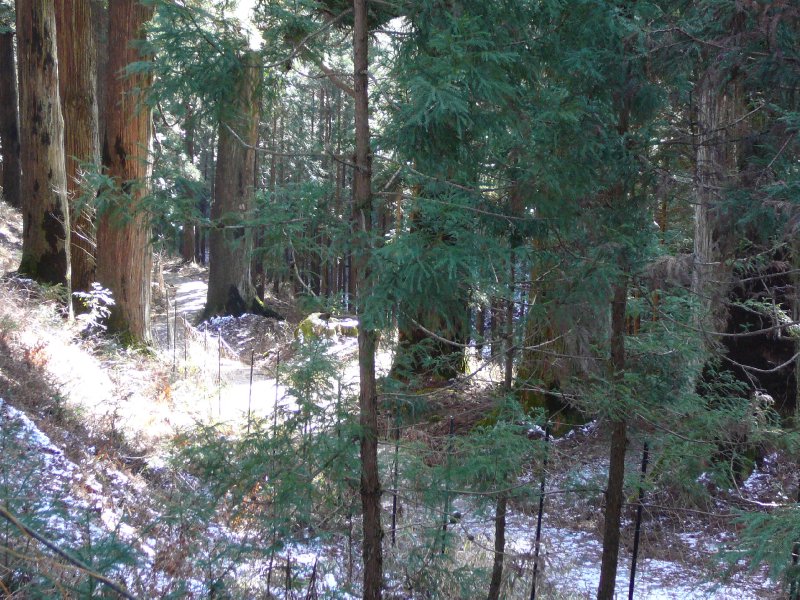 and wondered where it would lead. Turns out that I got to the very top of one of the hills and found a very undistinguished looking shrine, with absolutely no sign to indicate what it was about (subsequent googling suggests it is the Takino-o Shrine) 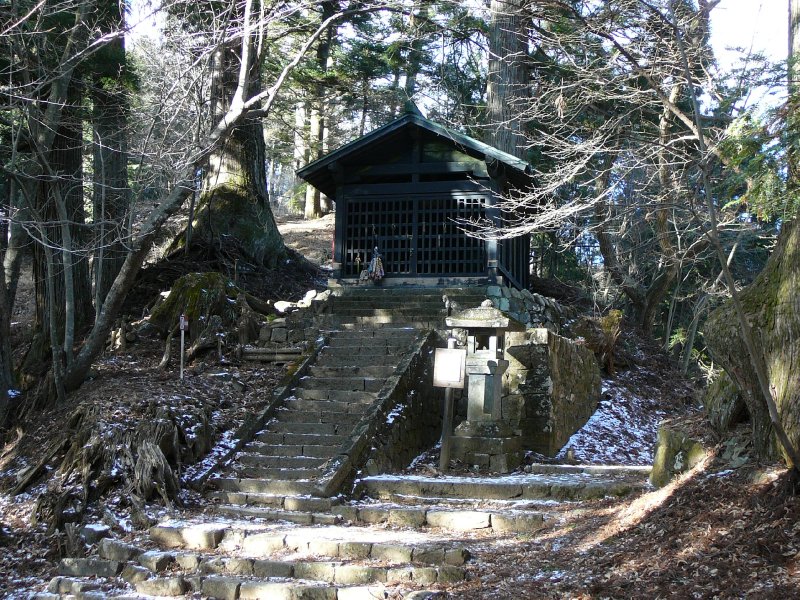 I walked down a pleasant path which went down another side of the hill - the road back into town was iced up, to the point that I managed to take an extremely inelegant tumble. Before I caught the train back, I thought I'd try a different place to eat, what looked like a Japanese family restaurant opposite the railway station. Here I tried gyoza for the first time 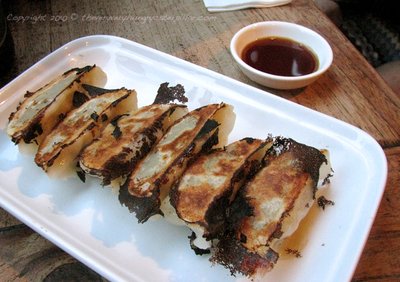 They're delicious - a fried dumpling crescent, with a very light filling which had a delicate taste of garlic as its major flavour. Don't know why I left it to my last day to try them out, but am glad I did and have had them several times since coming home (including a particularly interesting variation involving shrimp, basil and chilli at Riverstone Kitchen).

Next morning I had to leave my hotel at 10:00 and had a mid afternoon flight from departure from Narita, so just went and hung out at the airport for a few hours, eating rather more than I should have. The travelling wasn't quite over when I returned to Auckland - I had liked the look of the Toyota Crowns so much that I'd checked a few out on trademe, and had an appointment to view one. After a quick drive up and down the motorway, the deal was done and I had a road trip back to Dunedin. I'm no mechanic, but the car just felt right. Even my brother, who is a mechanic and thought I was crazy to buy a car in such an impromptu way, seemed to be quietly impressed. All I know is that over the next couple of days, I drove it from one end of the country to the other and it never used a drop of oil or water or missed a beat.

Posted by NZBarry 04:19 Archived in Japan