I had a car and all afternoon to get to Noosa, which was all of 140 kilometres away, and still I managed to be doing the last bit in the dark. This is mainly because I decided to take every little coastal road I could find to get there, rather than tramping up the main road. I did manage to go 37 km before a stop of any significance, but when I saw Redcliffe, it felt like somewhere I needed to stop. I later learnt that it has a reputation for being a bogan town, being in the top ten bogan suburbs in Australia - here is what one proud local has to say about the place:

Redcliffe, where the local shopping centre is an architectural marvel resembling giant boobs pointing skywards,” Strutt writes. “Redcliffe, where they once paved the main street of this paradise and put up a toilet block.Yes, there may now be some posh parts of the Peninsula, but I am proud to say “’The Cliffe’’ remains a haven to the true and faithful Boganista.

Some fellow has written a ballad to celebrate its bogan-ness and there is even a Faceboook app: "How Redliffe Bogan Are You"?

And here was me, thinking it was quite a nice place, so nice in fact that despite my coast crawl examining everything to see, when I returned from Noosa, I actually stayed in Redcliffe, in an old skool beach front motel. How is this for a beach scene? 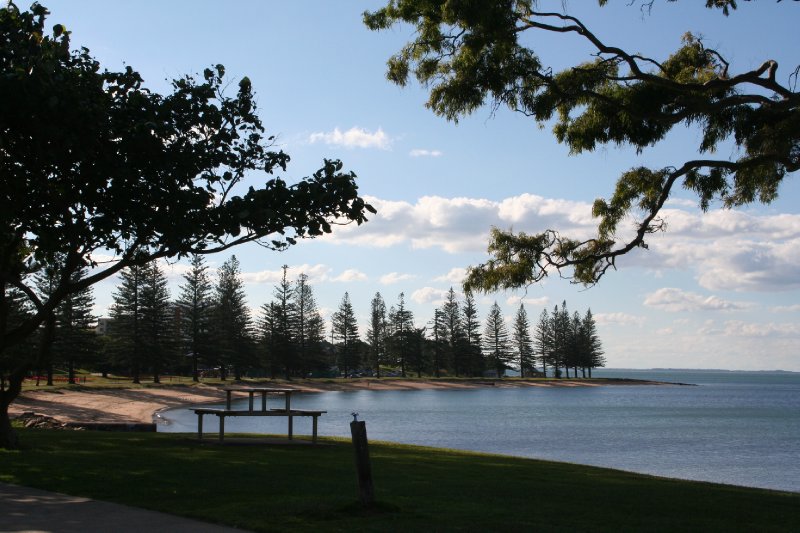 It has a decent looking jetty: 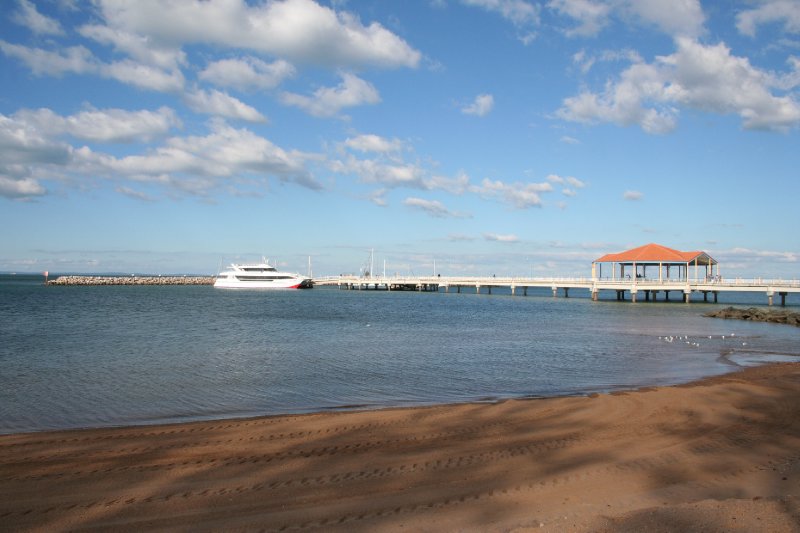 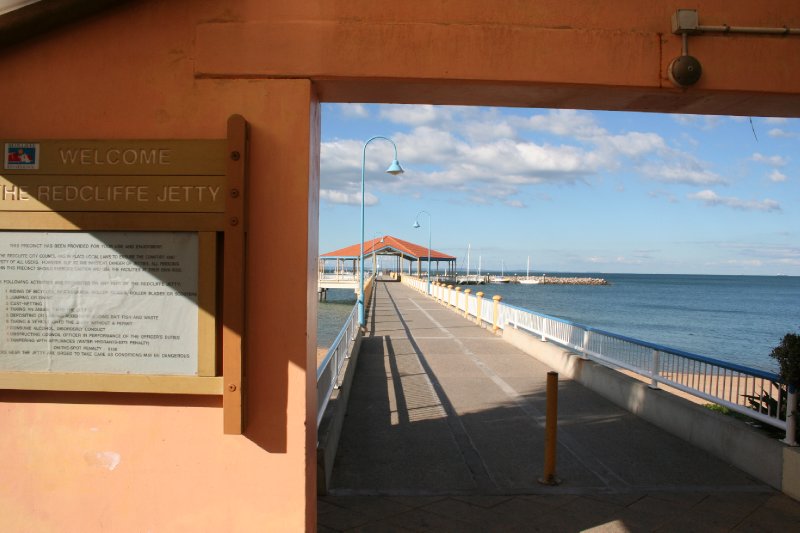 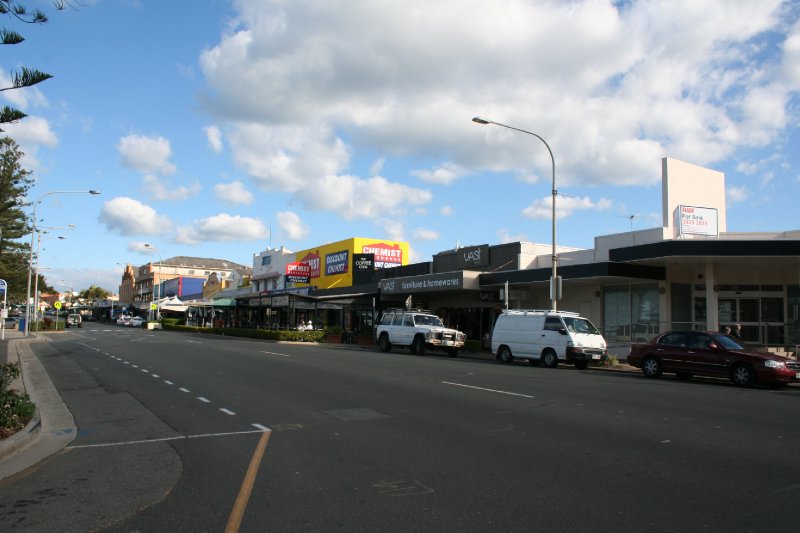 but from a distance, you would never know: 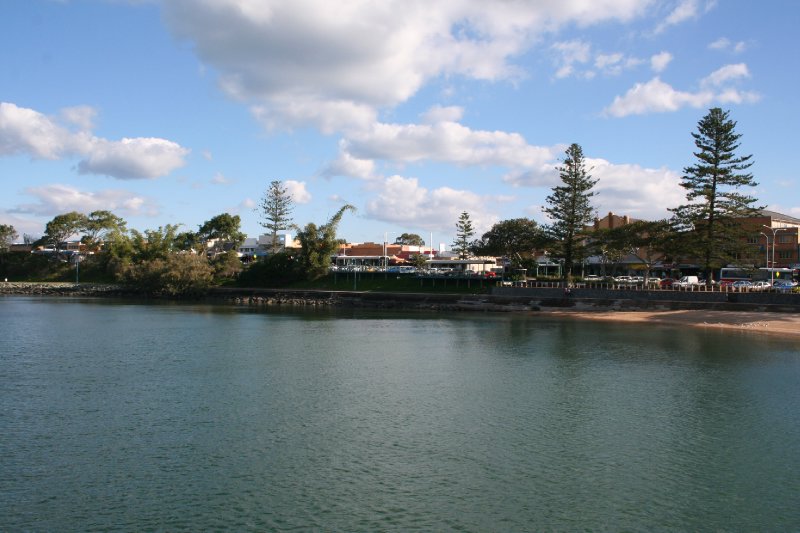 and it was a lot better than some of the solid concrete town centres of some of the beachfront communities I struck on my coast crawl. But I have to admit, Noosa was rather a lot nicer than Redcliffe, most particularly the beach: 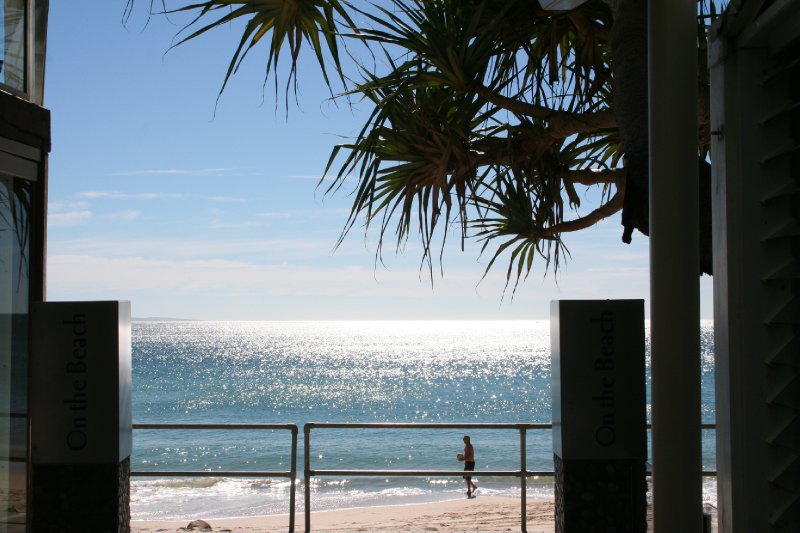 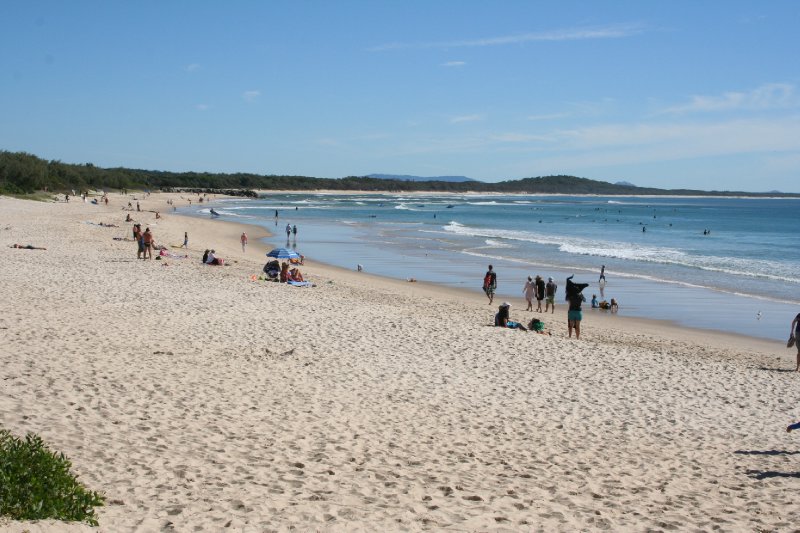 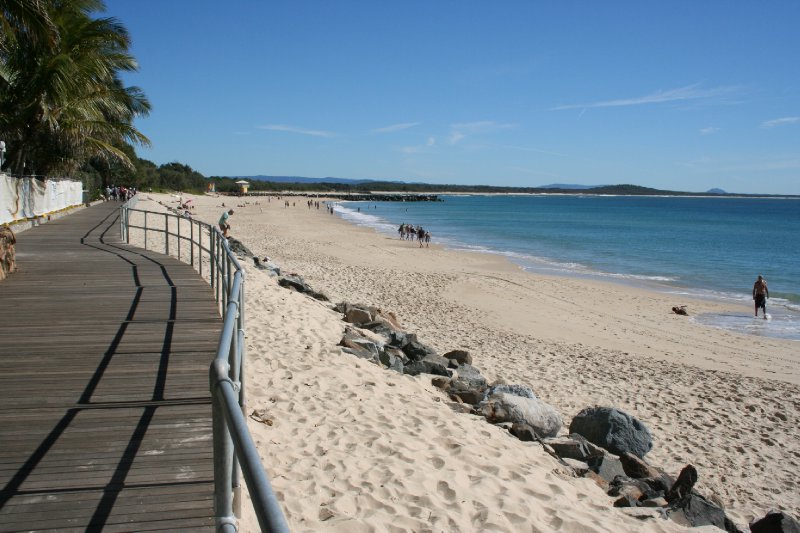 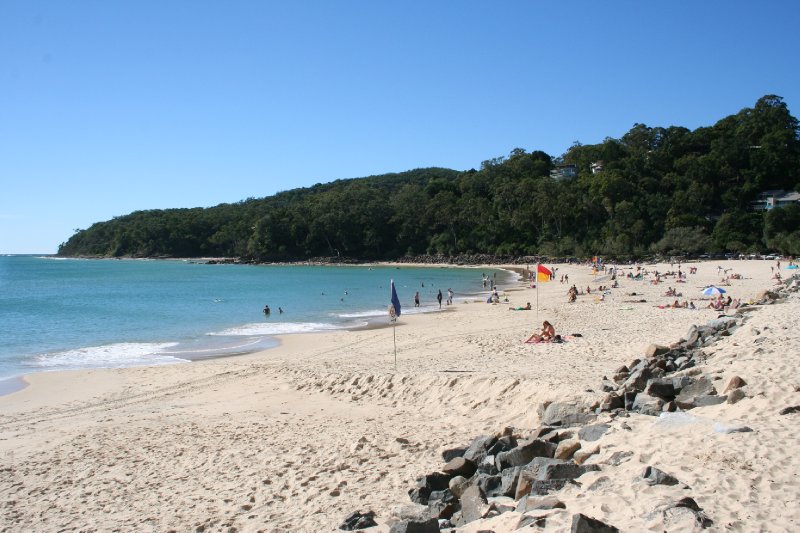 It had rivers and canals, and was evidently quite wealthy. 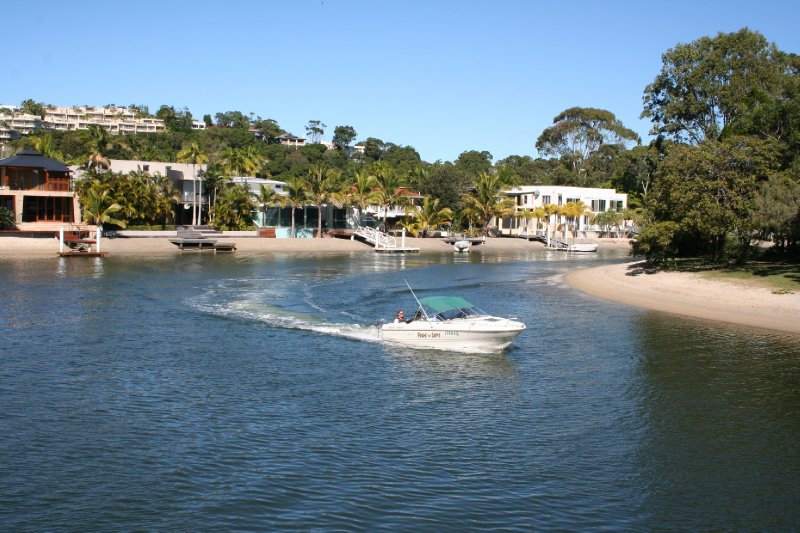 I, not being wealthy, was staying in the YHA, and what an odd experience that was. When I checked in, I was told to go to the common room for a guest introduction and wine: all new arrivals had to introduce themselves. By the time it was my turn, people had stopped listening - not sure it was worth a wine. The hostel itself is a grand old house, with some less grand buildings out the back where they put me.

Apart from the beach, the other thing about Noosa is its food and shopping street, Hastings Street. Certainly, there were plenty of interesting looking cafes, and lots of places to buy stuff, but when I saw that the Sheraton was doing a seafood smorgasbord, none of that mattered: I paid my $70 or whatever, and gorged myself. The only thing I didn't really take to was the Moreton Bay bug, also known as a flathead lobster, but there was plenty of oysters, mussels, snapper... to be going on with.

Posted by NZBarry 05:05 Archived in Australia