To El Fin del Mundo (or Ushuaia, the end of the World)

Departure from Buenos Aires was a little erratic. I had a mid morning flight, so was anxiously awaiting the opening of the breakfast room at 8:00. By about 10 past, I decided I couldn't wait any longer, and set off to catch the bus to the airport. Once again my fallibility when it comes to directions kicked in, and I found myself almost back where I started. Eventually, after another long walk in the wrong direction, I gave up on the bus. Now there are all sorts of warnings about taxis being fake and how they'll steal your lungs or luggage, so you should always telephone for what they call a radio cab. But well, I had neither telephone nor number to call, so when I saw a wee man washing his taxi, I grabbed the opportunity. It was only when I got to the airport I realised why there was no breakfast: I'd set my clock to the wrong time when I arrived in Argentina and it was an hour earlier than I thought it was. I guess that's one indication you're on holiday, if it takes two days to notice.

Before I move on, here are a few buses, which I really liked the look of: 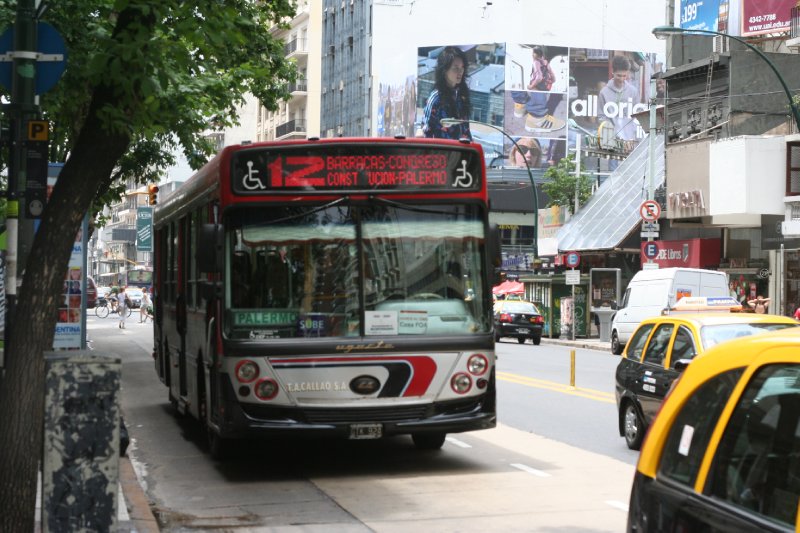 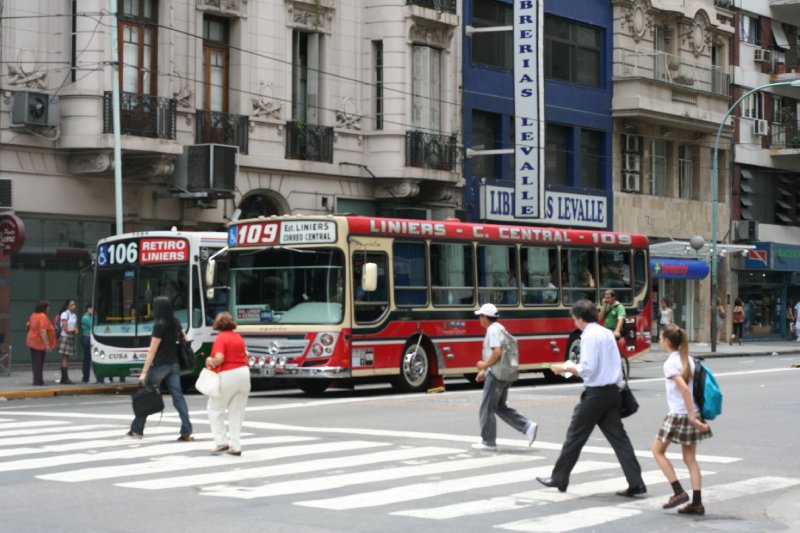 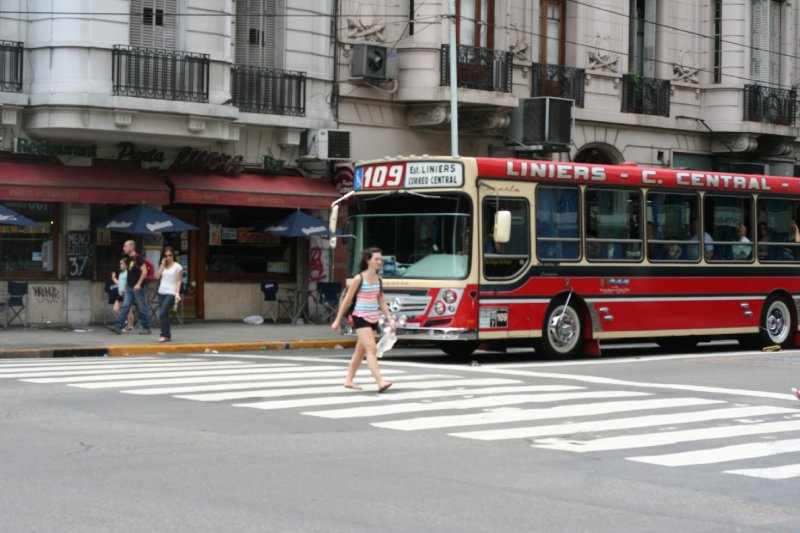 I'm not sure what the occasion was, but I noticed quite a few people around town with face paint (I tracked them back to the source, the university): 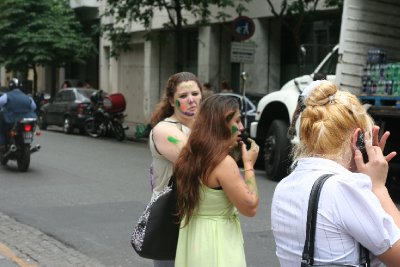 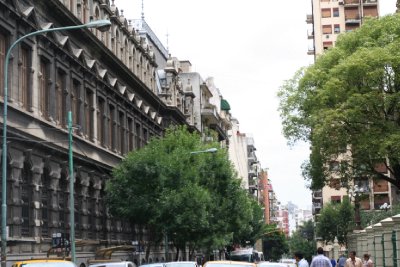 The flight down was largely obscured by cloud (but once again Aerolinas Argentina was exactly on time). Luckily things cleared as we hit the Beagle Channel and made the descent into Ushuaia (the plane window doesn't help the photo quality, nor does the fact I forgot to turn on the autofocus on my lens, but they give the general idea): 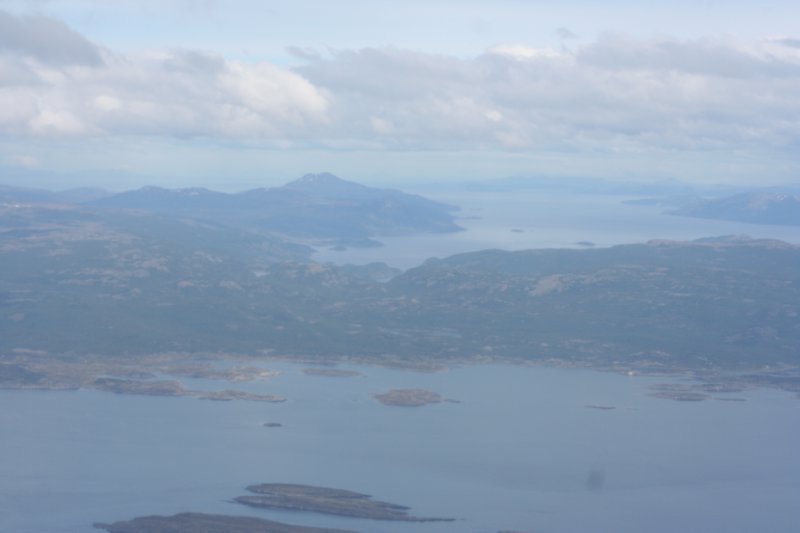 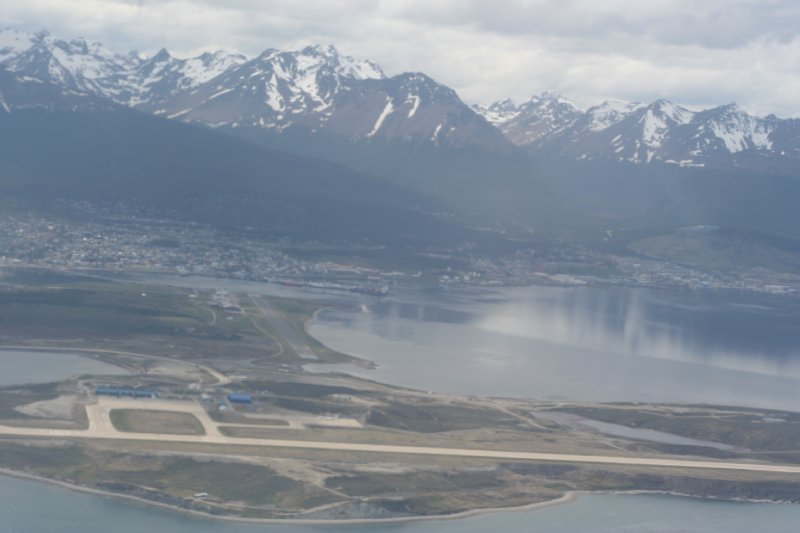 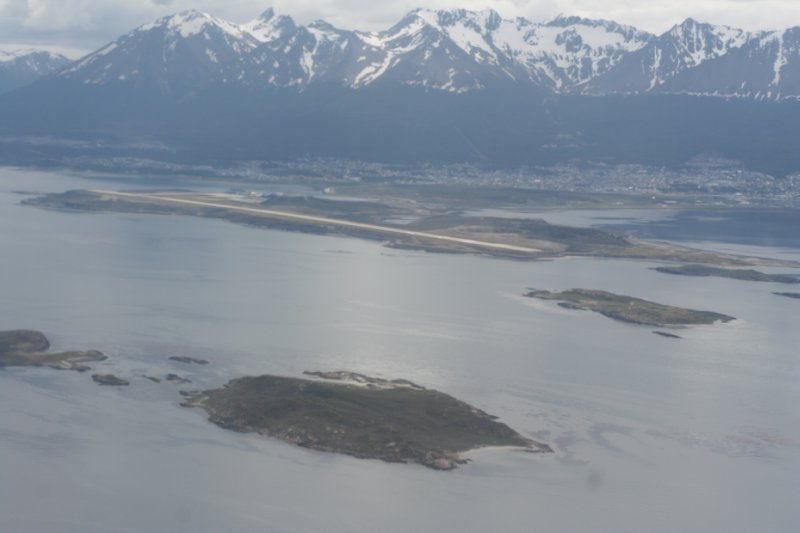 I could actually walk to my hostel, the brilliant La Posta (there's a very scenic video to watch on their website), where I stayed for three nights. Walking into town and along the waterfront, I struck gold in the shape of the El Almacen de Ramos General, a cafe/bakery/museum - I made several visits over my time in Ushuaia, mainly to get a cafe doble and a donut 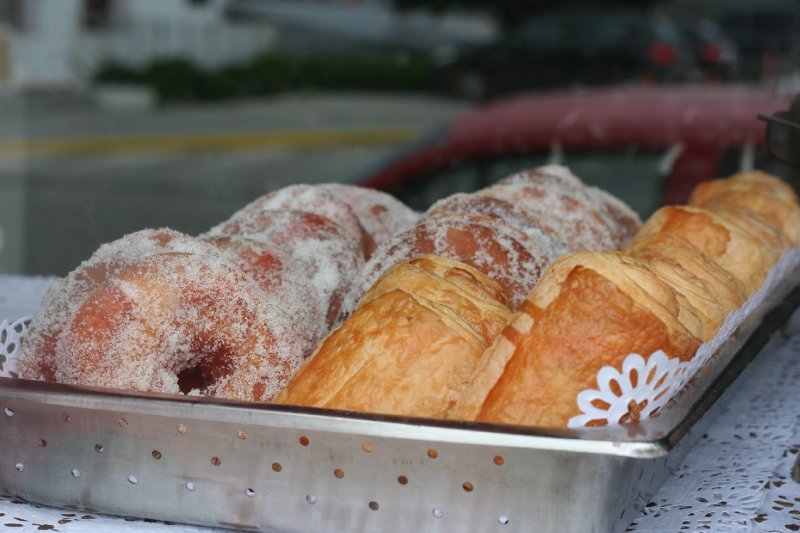 - the waitress taught me the spanish word for these very patiently, but I could never get it right and always had to point. It was only on my last day I noticed these: 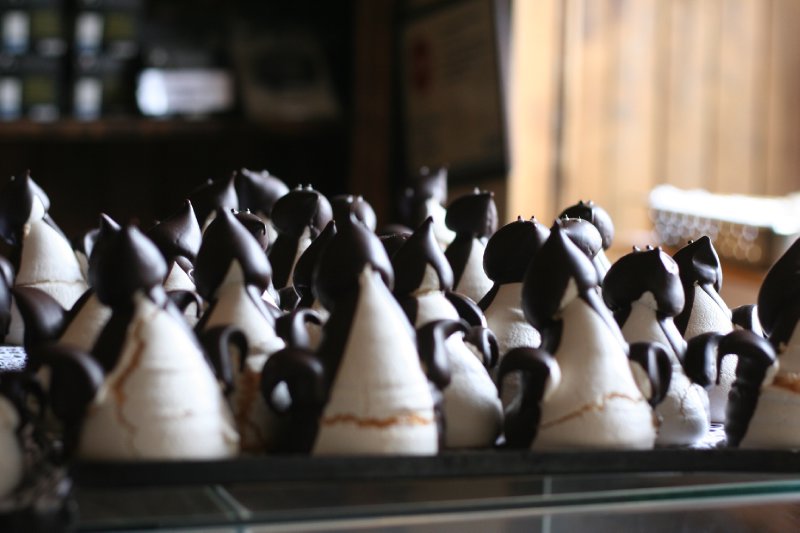 I was happy to just go in and read, and soak up my surroundings: 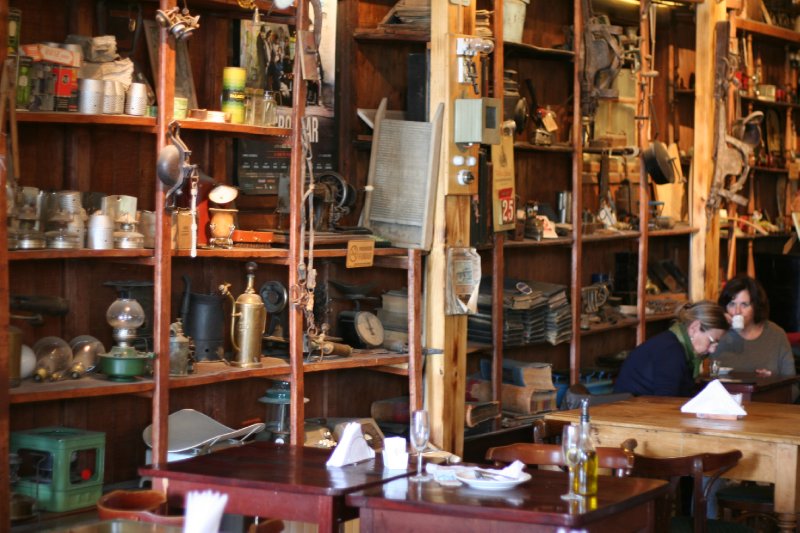 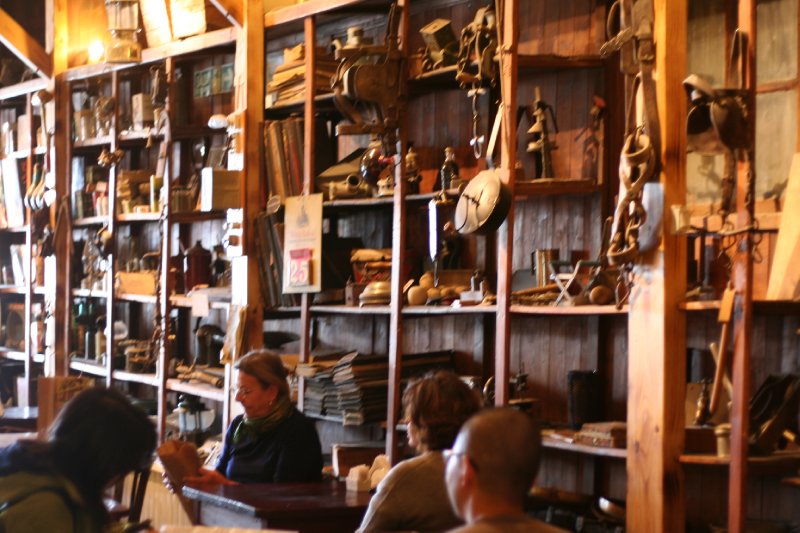 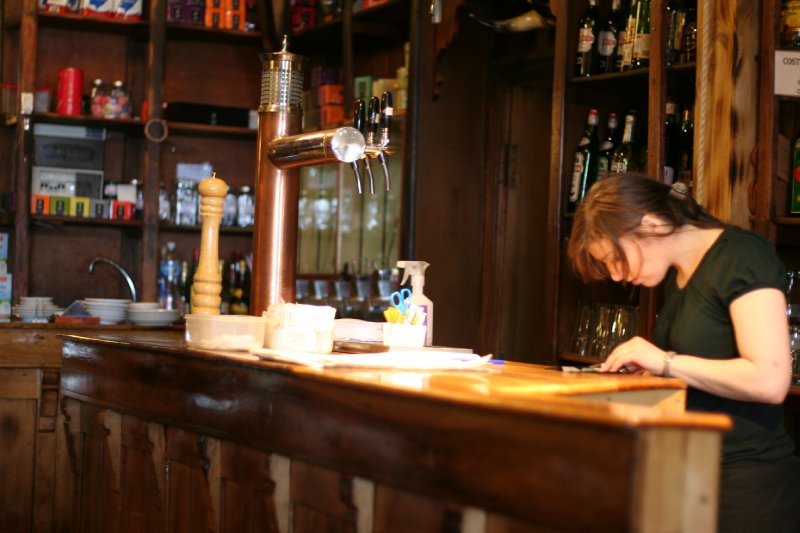 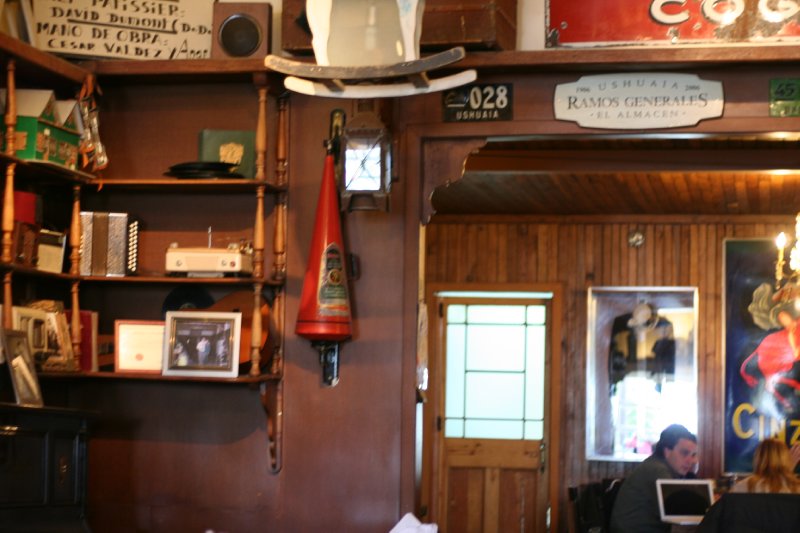 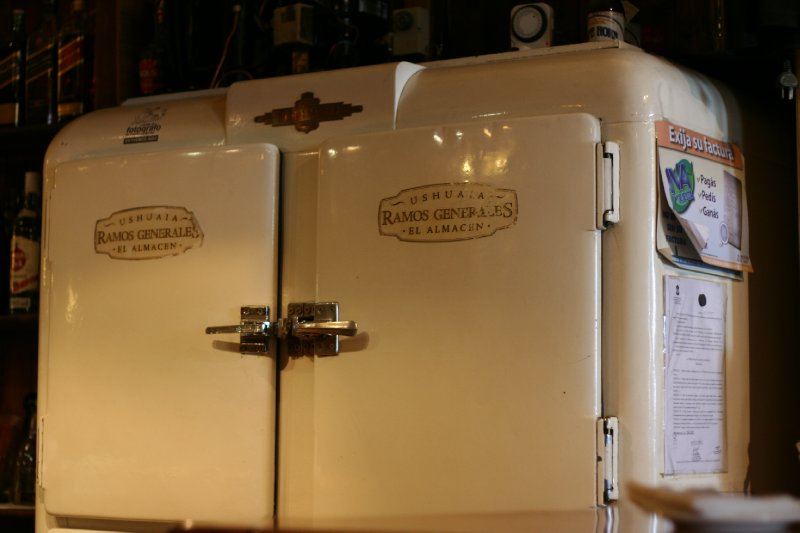 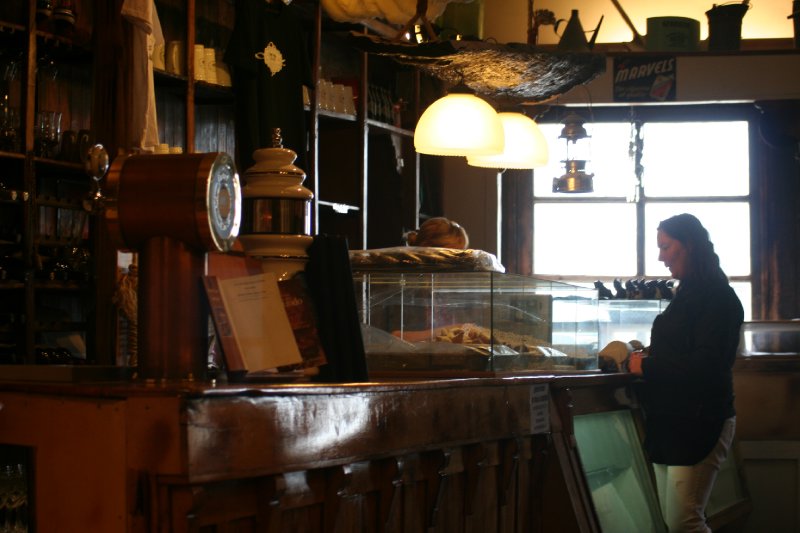 One of the things I had read about and decided I must do was the local train, Tren del Fin del Mundo 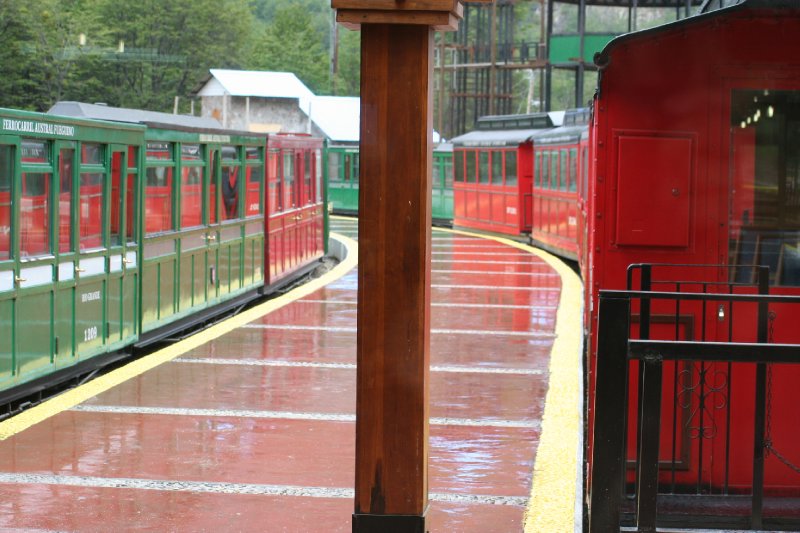 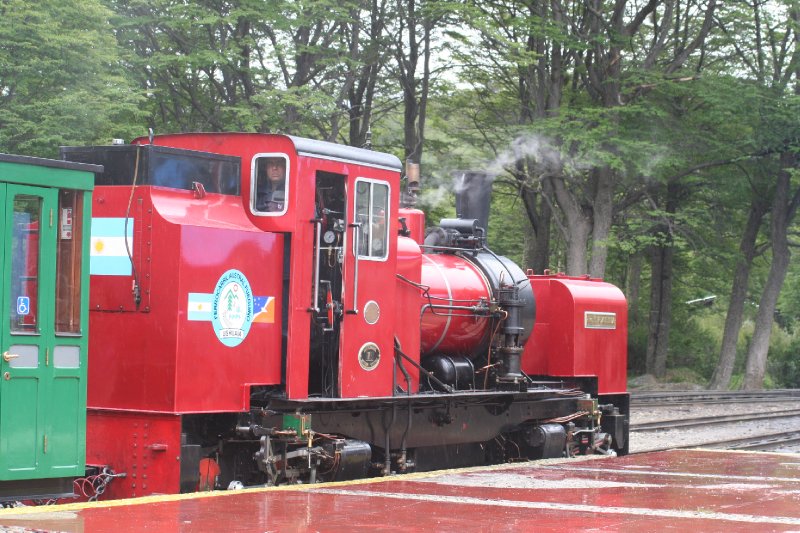 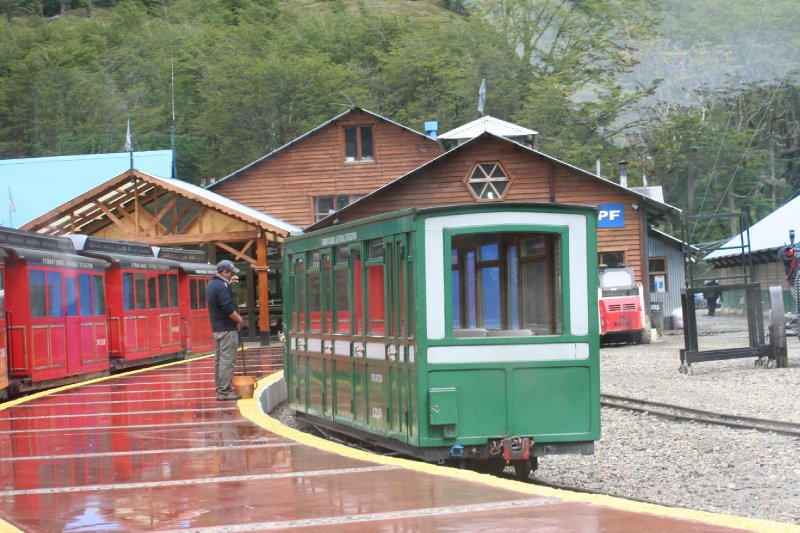 It is a pretty famous train, running along tracks built by convicts to retrieve timber for firewood for the prison, but it really wasn't much of a trip, just a short jaunt into the corner of the Tierra del Fuego National Park: 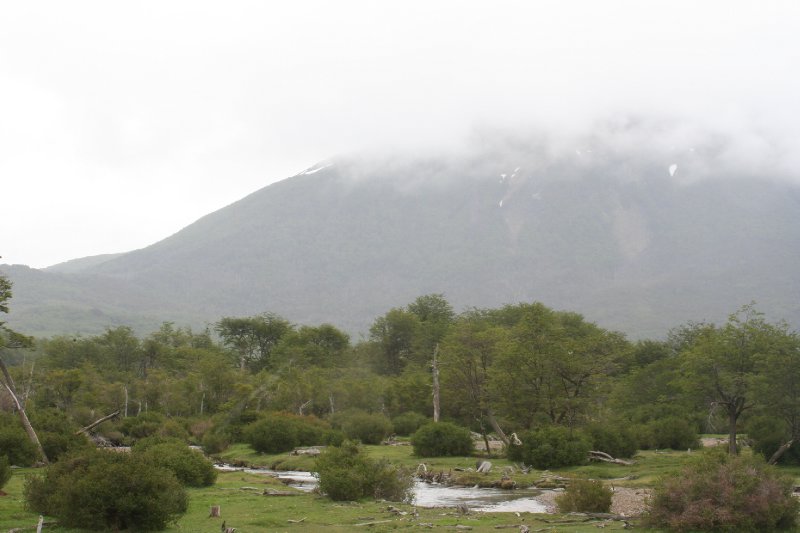 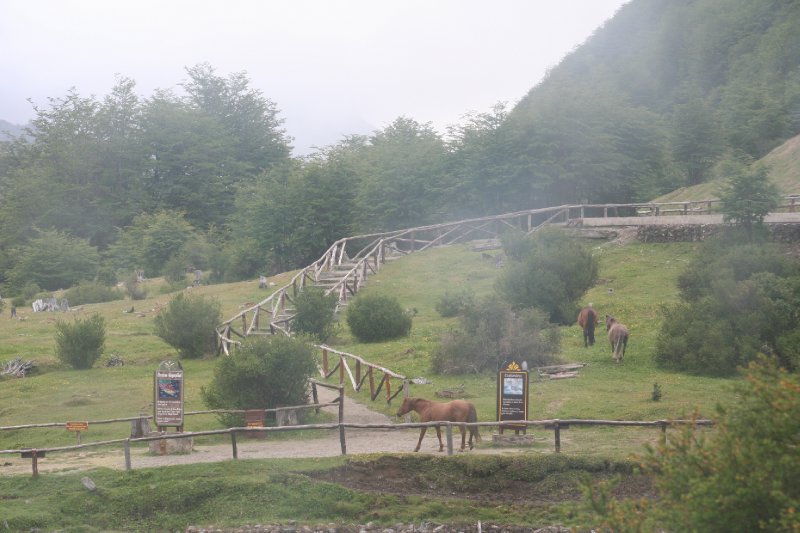 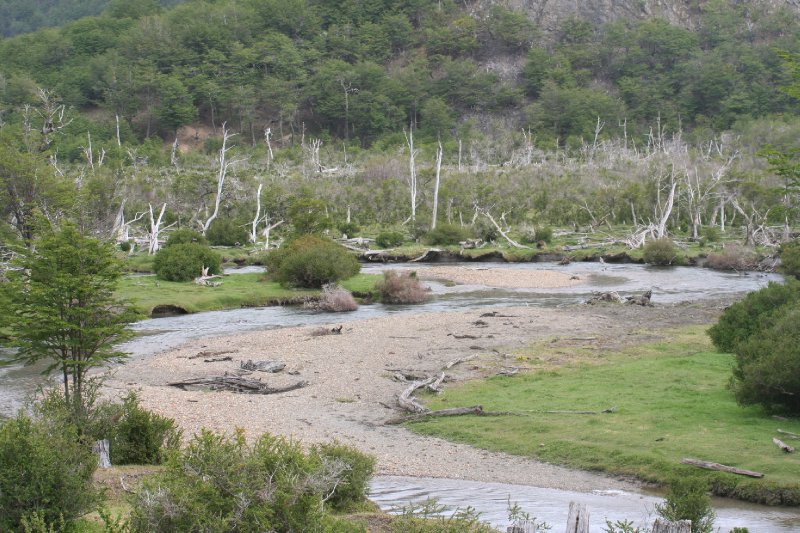 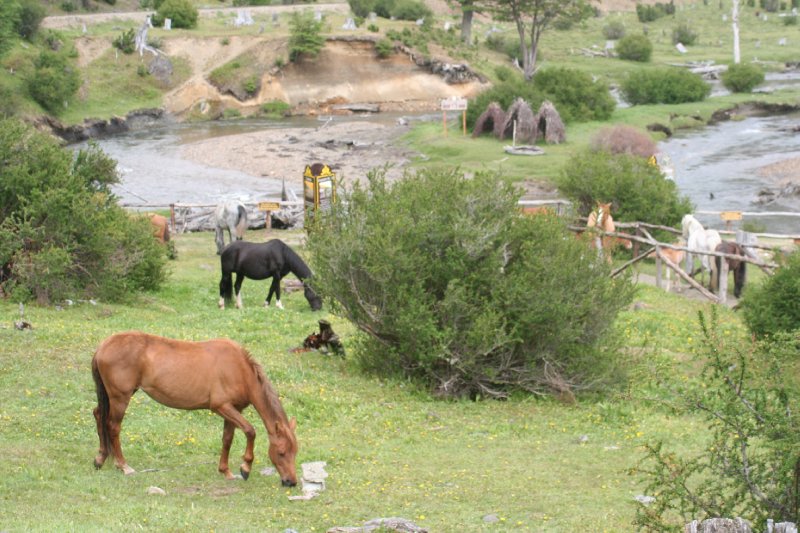 The fellow sitting opposite me was a local, complete with cup, thermos and mate straw. The cup gets filled to the brim with mate leaves (the local tea), then is continually refilled with water, with the resulting drink sucked up through the straw. I drank quite a lot last time I was here, but wasn't really into having any more. Not so my fellow passengers - my seatmate passed his cup and straw through the entire carriage, for everyone to have a suck - not for me, sorry. He did seem like a decent chap so when the trip was over and I noticed him calling for a taxi, I gestured that he should share my one back to town. He had not a word of English, but made sure to shake my hand before getting out.

I really liked Ushuaia and have another post to make about it - it is just a fairly small town almost at the end of the world (there's actually a Chilean town further south). Here is its main street: 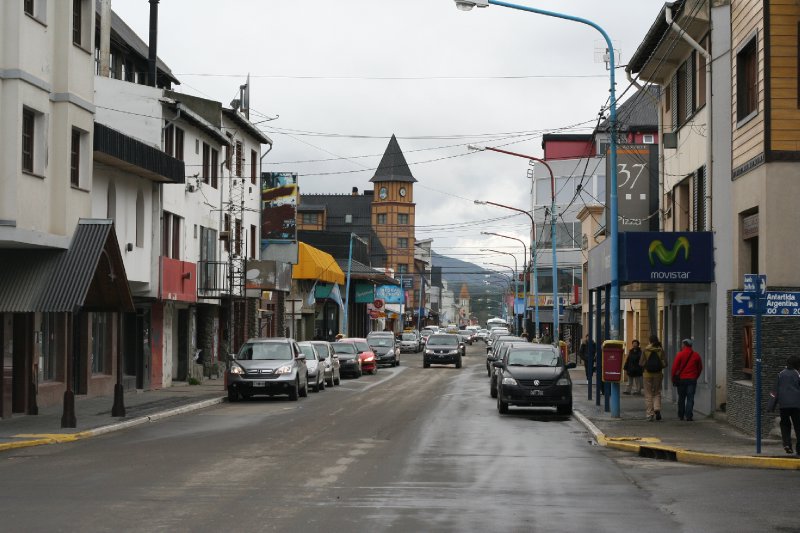 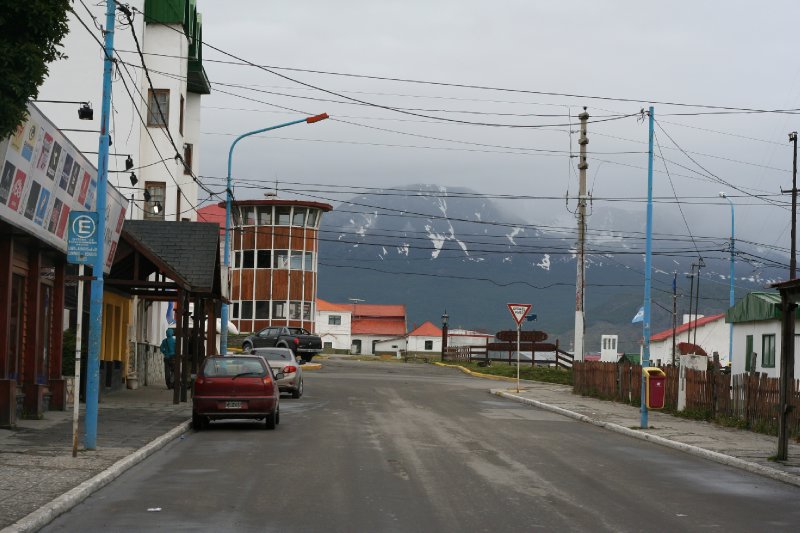 and the kind of office the local lawyers have: 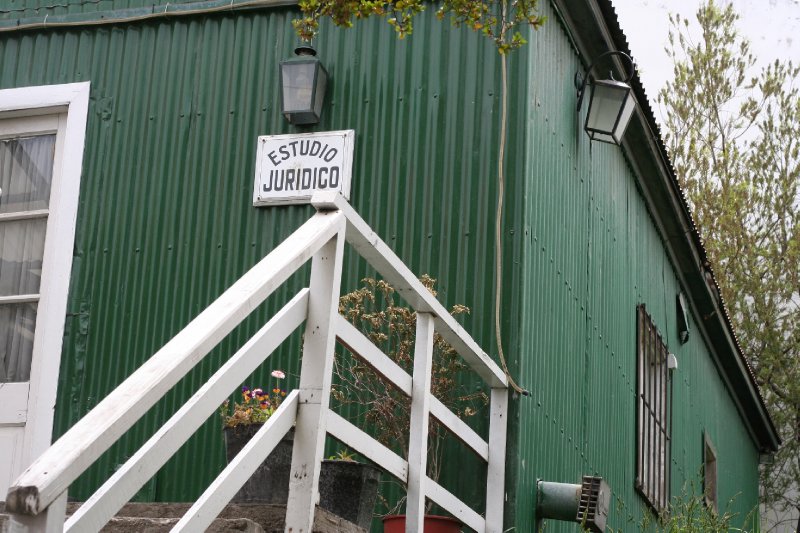 Posted by NZBarry 02:37 Archived in Argentina