The big gastronomic treats I had promised myself in Argentina were red wine and beef, specifically beef cooked on the parilla, the grill used to have an asado (barbecue). Unfortunately, one thing I hadn't figured on was just how late this meant I would have to eat - after a fairly long day and grazing on various bits and pieces, I wasn't really ready to hang about until after 9:00 for dinner. So my first dinner turned out to be a hamburger (they charmingly translate this so authentically here that hamburgers are actually made with ham) and a tasty local artisanal beer at a local institution, Tante Sara - the place was absolutely packed, which is always a good sign.

I did end up having a parilla the next day, after watching my food cook very slowly: 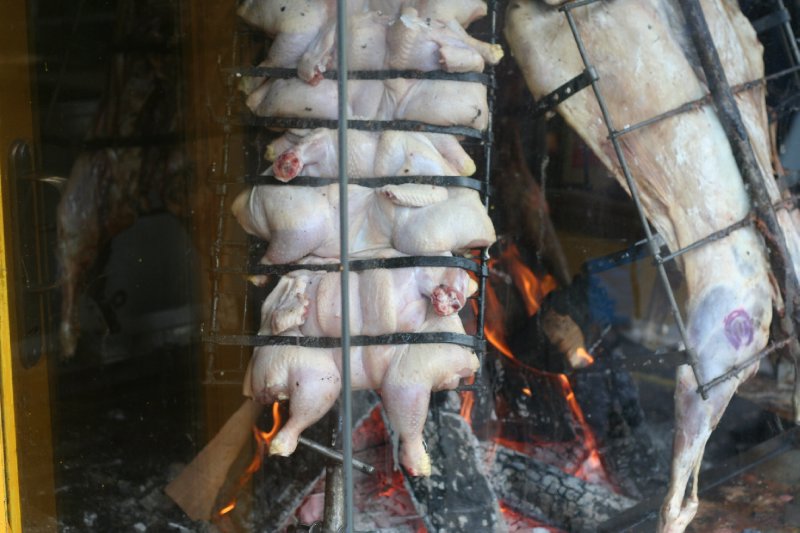 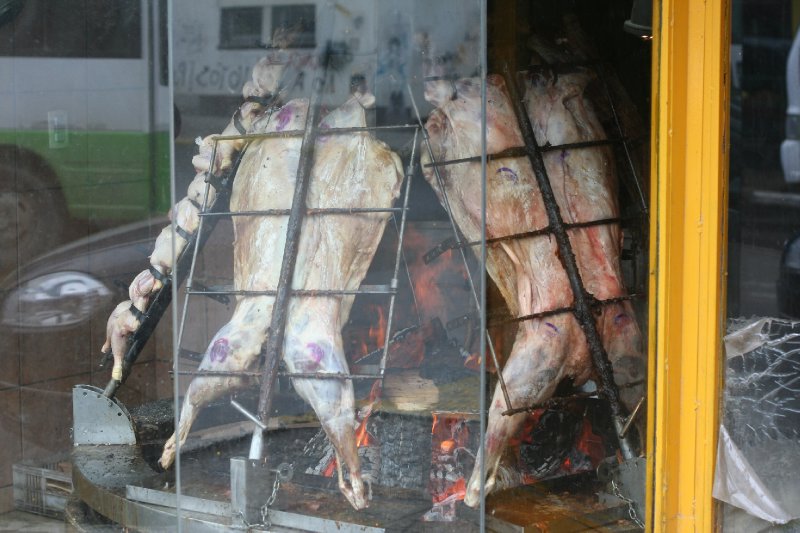 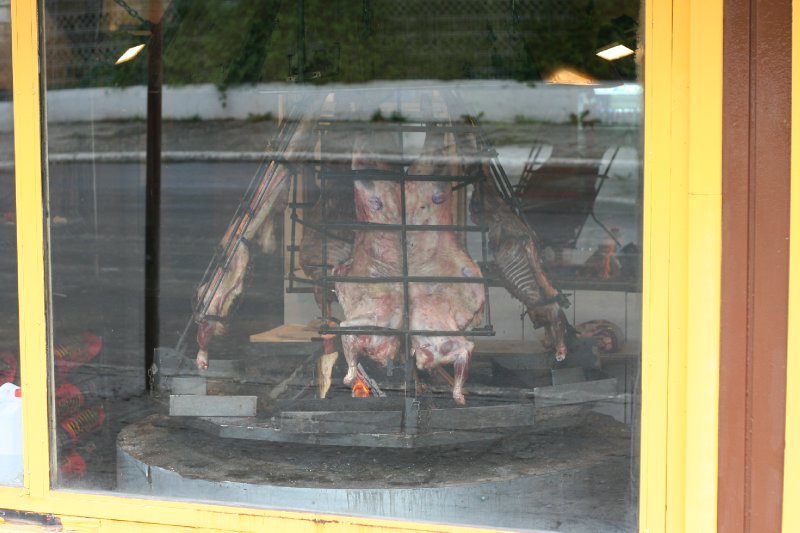 The place I picked had an enormous salad bar, but no sign of any meat at all - turns out I had to get that from the man tending the parilla - I took as much as I dared, then piled up various things from the salad bar. Of course, I had way too much for one man to eat in one meal, but did my best. I'm not quite sure how it happened, because I was aware that this wasn't the healthiest option for eating, but I managed to line up a couple of days later for another lunch-time asado. I picked a busy looking place, thinking that would mean it was good, but most of the people were on some sort of bus trip, eating there against their will.

Another big tourist thing to do in Ushuaia is to walk about 7 km out of town up the hills that encircle it, then take the chair-lift to catch the views back over the Beagle Channel. I certainly enjoyed the views: 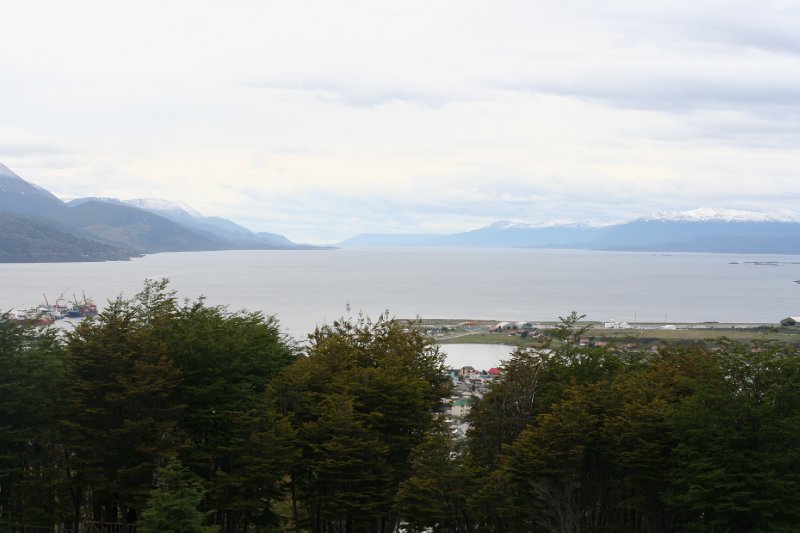 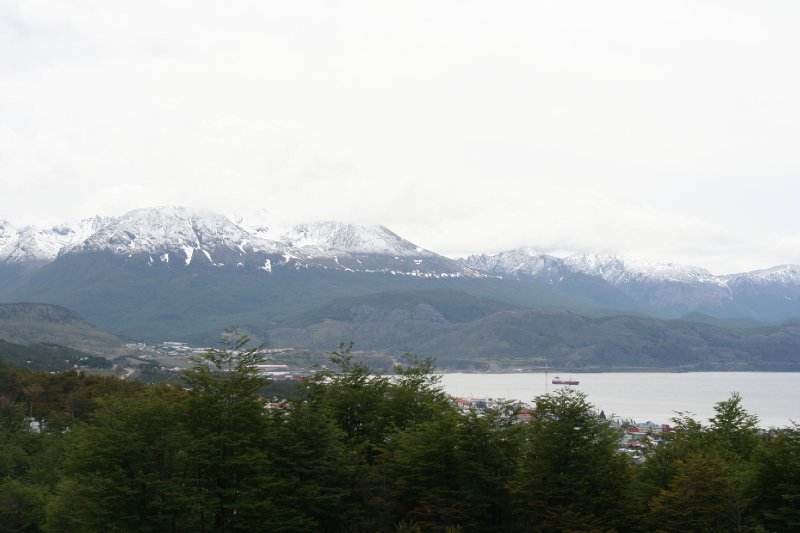 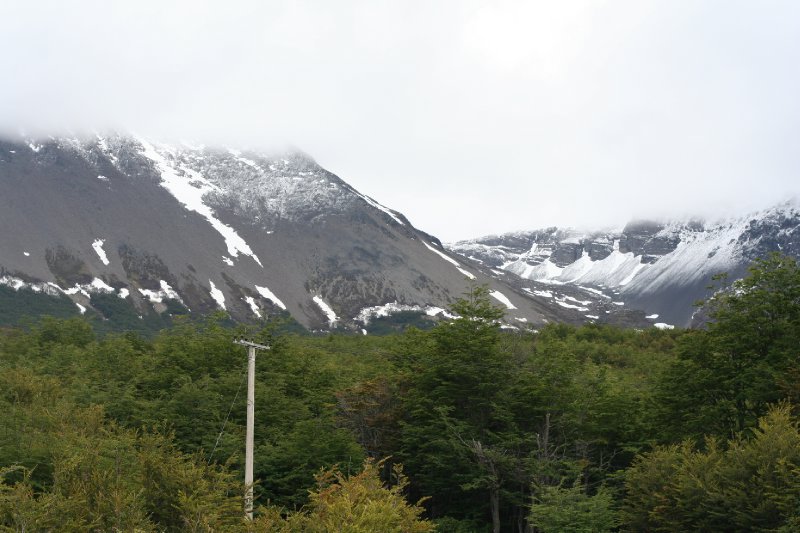 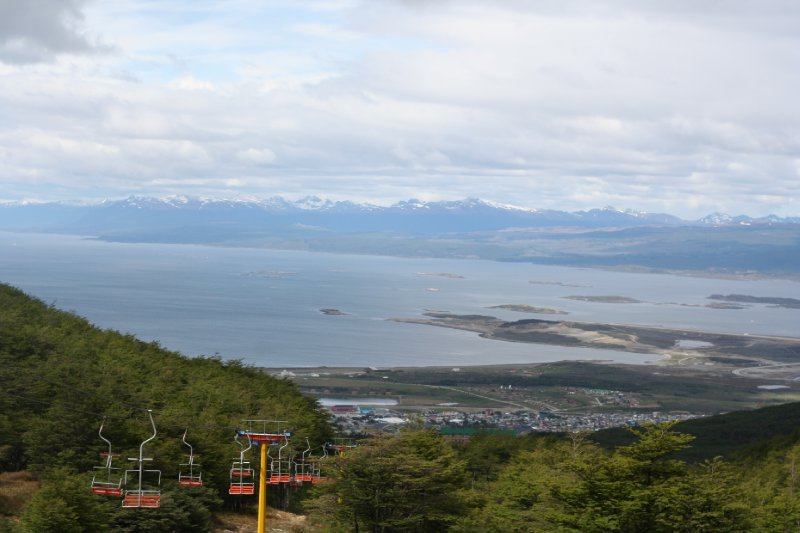 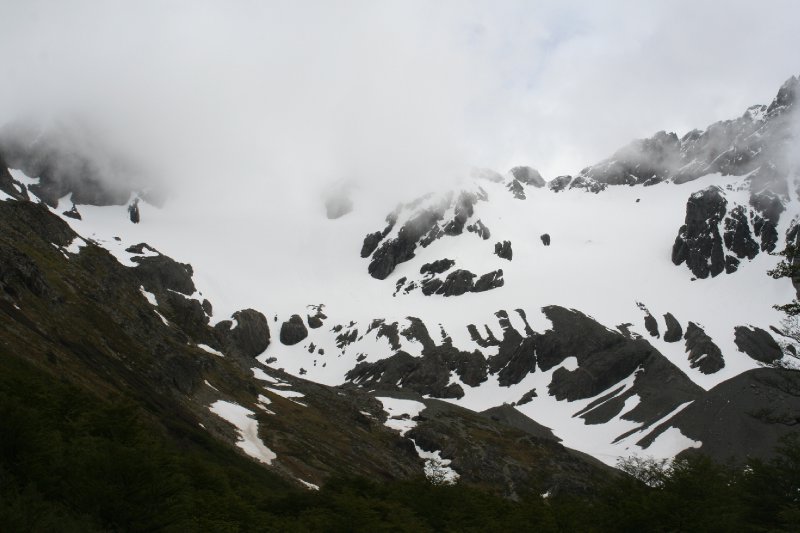 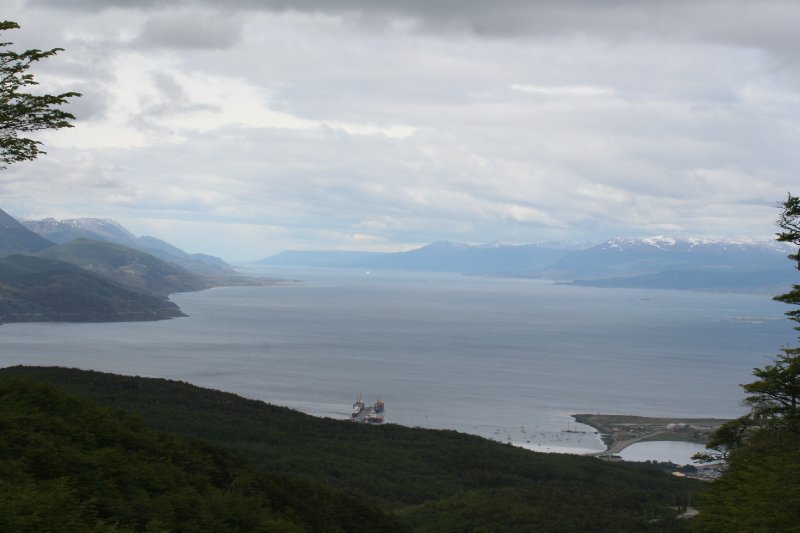 What I absolutely hated was the chair-lift: 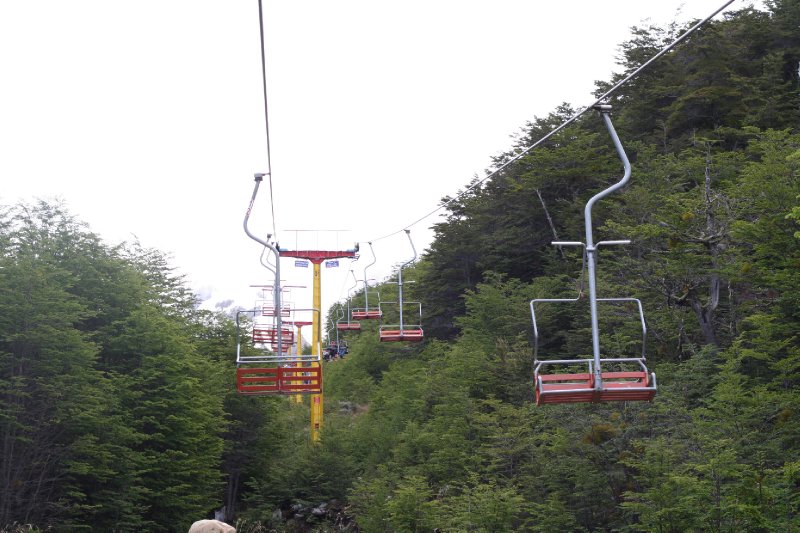 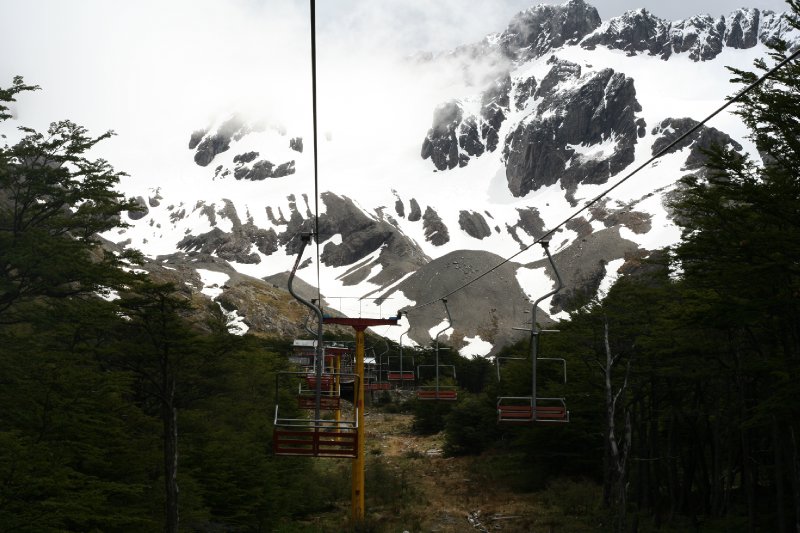 Intuitively, I knew that it must be fairly safe, but my right amygdalae were working overtime in producing fear and anxiety - I was glued to the seat and wouldn't even move my head. Then the whole chair-lift apparatus would pause for a bit, which didn't help. So I walked back down and vowed never to get in one of these contraptions again, even if the life of the love of my life depended upon it (luckily, I can't imagine how those circumstances might arise).

I knew this was going to be bad for me, so had deliberately dawdled in the tea shop, had a big breakfast (of lemon meringue pie) 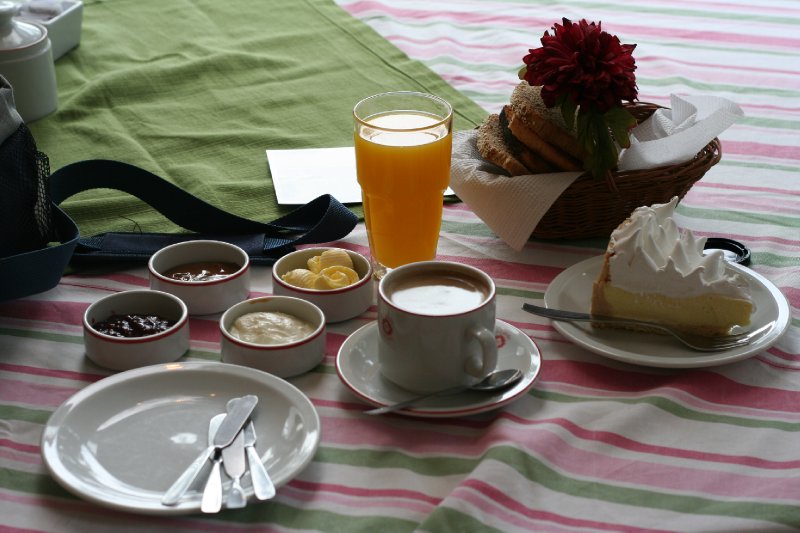 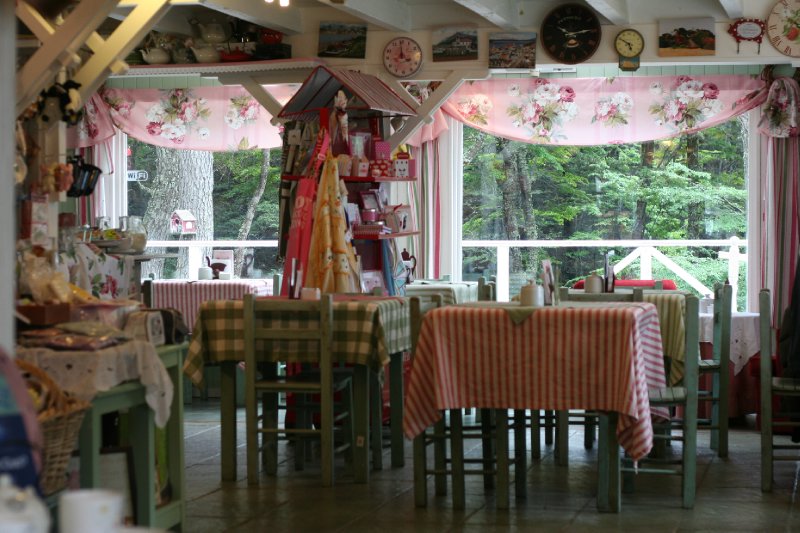 and the view from the window 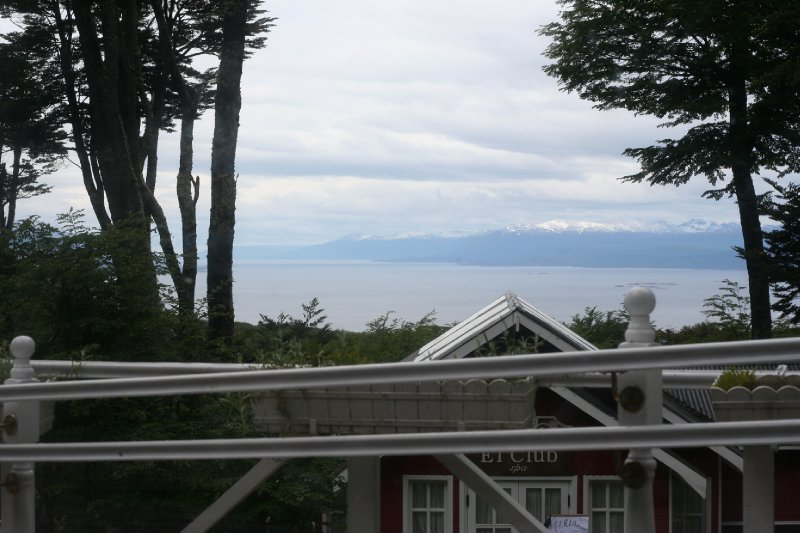 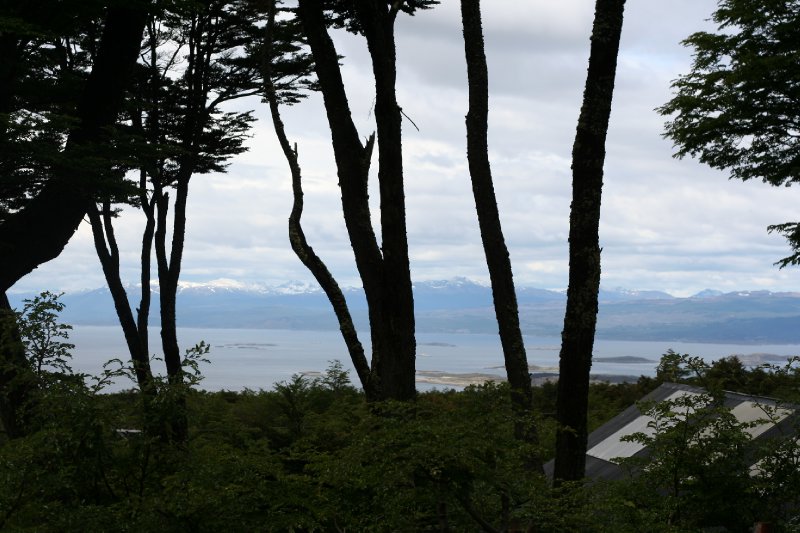 My other touristy thing was to explore the old prison 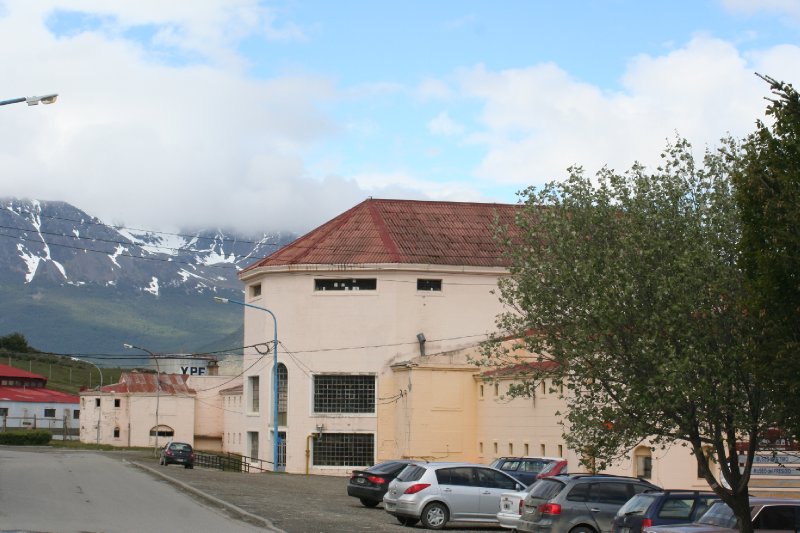 This was first mooted in 1873, with two objectives - the first was to operate it on the relatively liberal, reformist, principles which underpinned the prison in Port Arthur, Tasmania (backed up by the reality that the terrain was so hostile, it would kill anyone who escaped). The second was political: President Roca wanted to establish some sort of official foothold in the area - it means that Ushuaia started its life as a penal colony (there were aboriginal inhabitants of Tierra del Fuego, but they hadn't really established a settlement here). The prison opened in 1897 and had to be closed in 1947, as there was too much uncontrollable abuse. It is now the Museo Maritimo de Ushuaia, and includes an art gallery along with a substantial number of cells in their original condition. 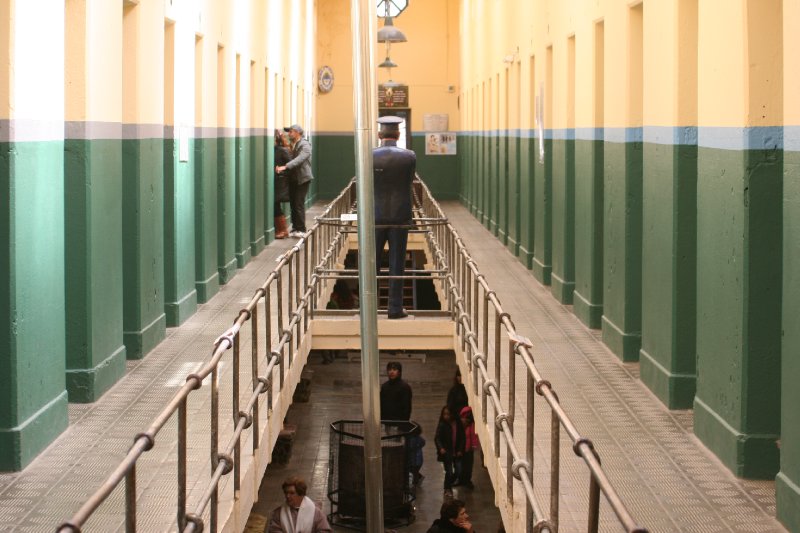 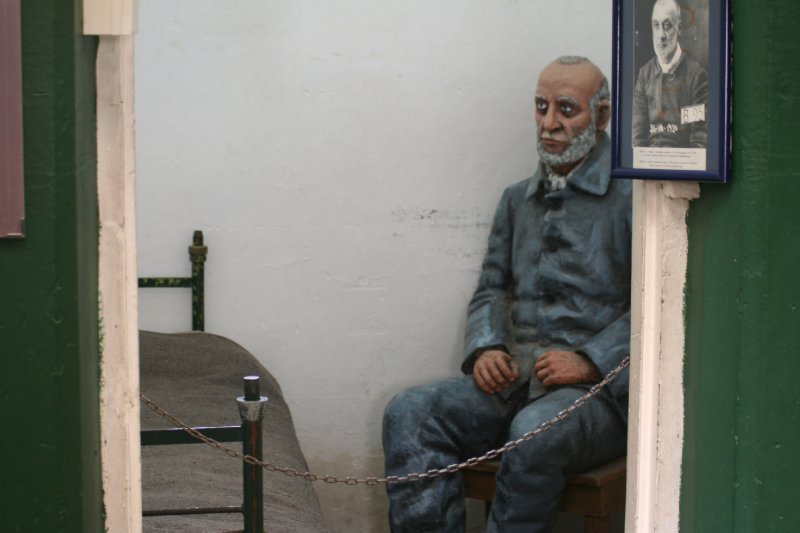 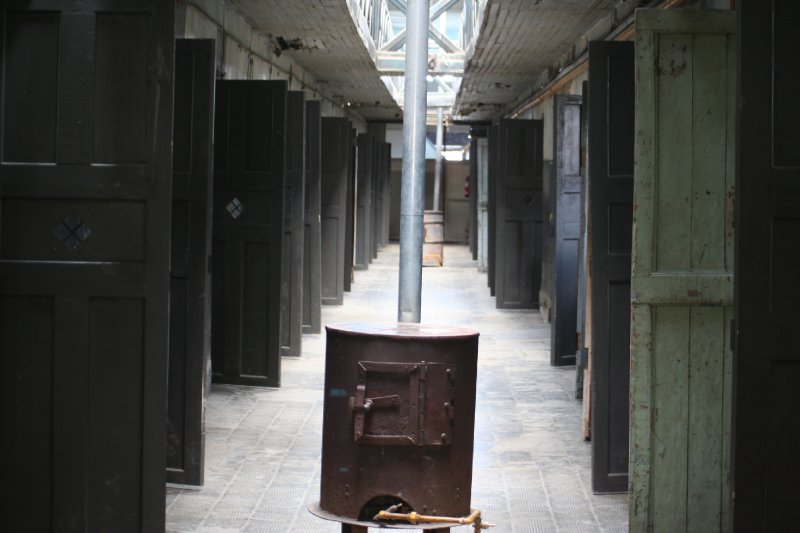 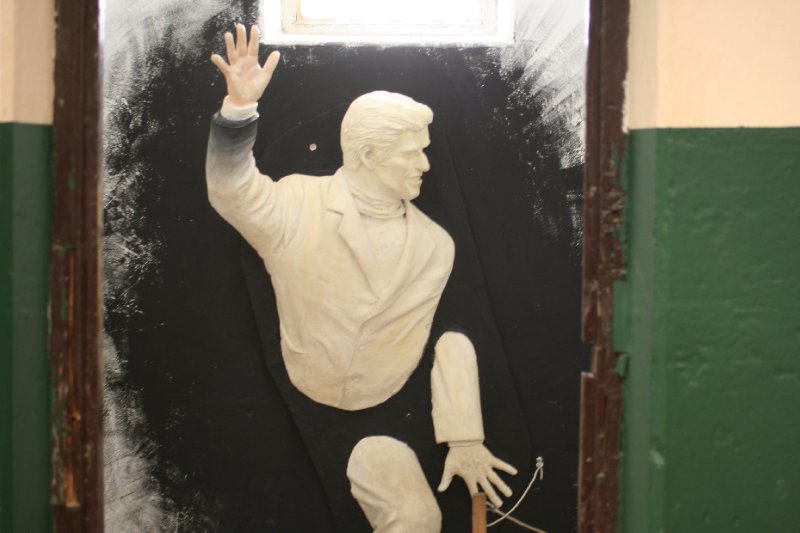 and this painting that was in the art gallery wing 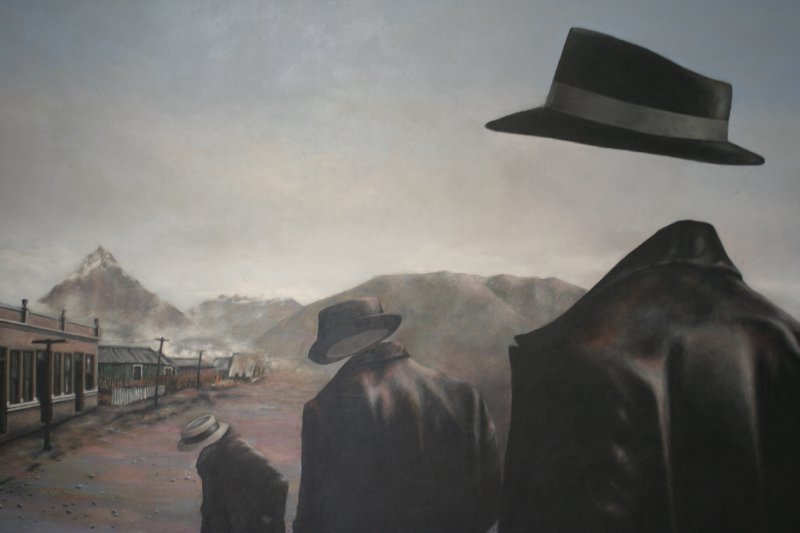 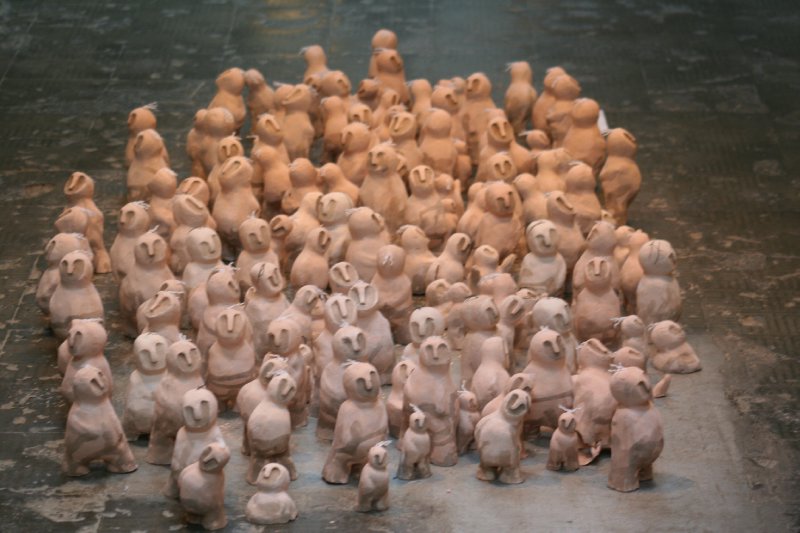 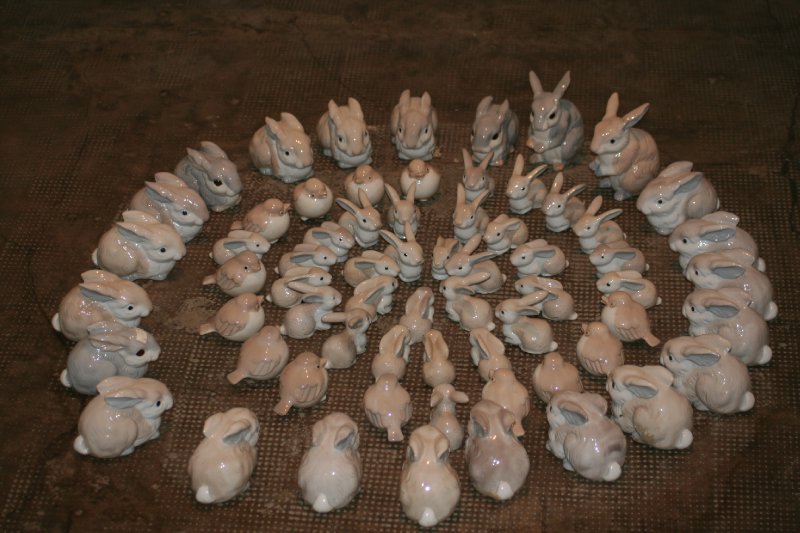 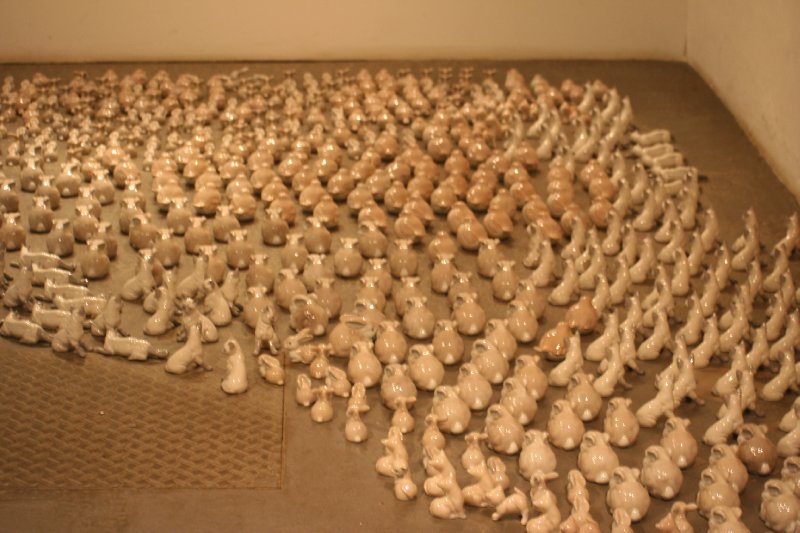 Posted by NZBarry 00:57 Archived in Argentina

I too have acquired a panic-inducing fear of chair-lifts, which I discovered in Singapore last year. And they weren't even high! But I could still see death all around (or rather, below) me.

Glad I am not the only one. I hear you are about to go travelling yourself.