Don't worry, this is not a report of my death in Punta Arenas, but it has a cemetery which features strongly as a tourist attraction, and for good reason: I have never seen one like it. I wasn't actually heading there when I found it: I was looking for some lunch, but in a very wandering sort of way. I had decided that the time had arrived for me to finally have a haircut, but didn't quite know how to go about getting one, what with my lack of Spanish and the tendency for English to be thin on the ground. I asked the fellow running my hostel (the rather brilliant Estancia) for advice about finding an English speaking hairdresser. A random hostel guest offered to teach me enough Spanish to ask for what I wanted (my response: "I'm a guy, how do I know?"), or I thought maybe someone could write down some instructions. But Alex, the hostel guy excelled on my behalf: he phoned his hairdresser and gave instructions as to what to do; the hairdresser was extremely careful, and took exacting measurements but ultimately I think I should have asked for "un poco mas" to be cut off as I still had problems seeing when the wind blows (although he did get my beard looking nice).

So after that, I just set off on a general walk, looking for something interesting to eat and noting buildings which caught my interest 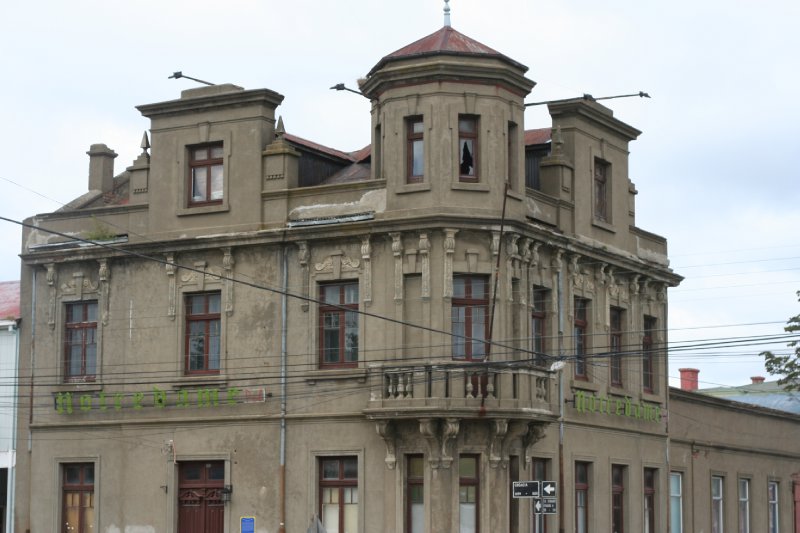 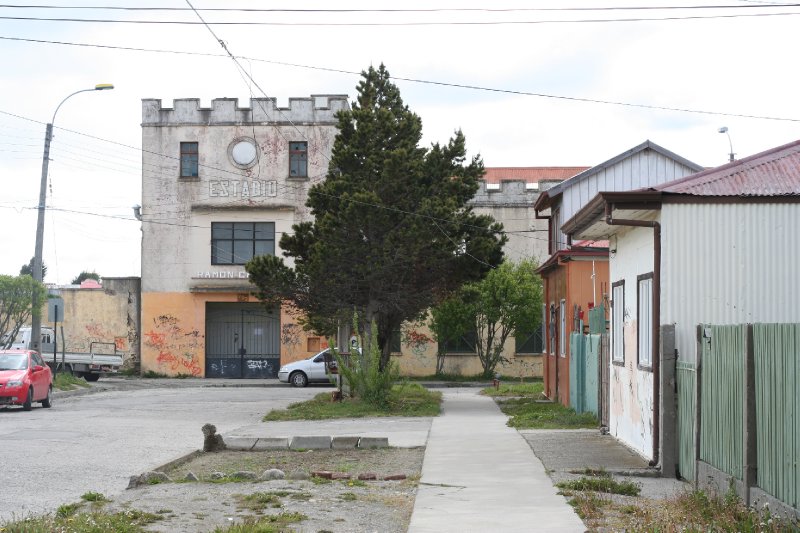 and there I am at the cemetery. Space must be short, because they've built it up so that it looks for all the world like a miniaturised motel complex 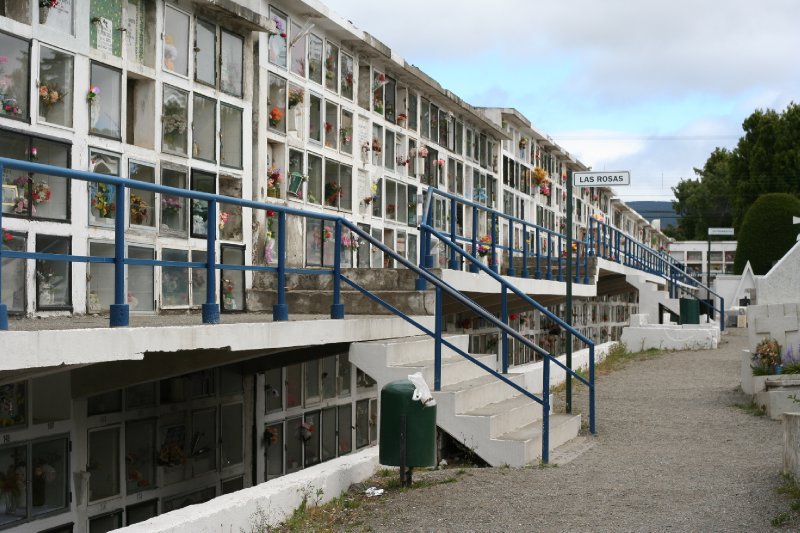 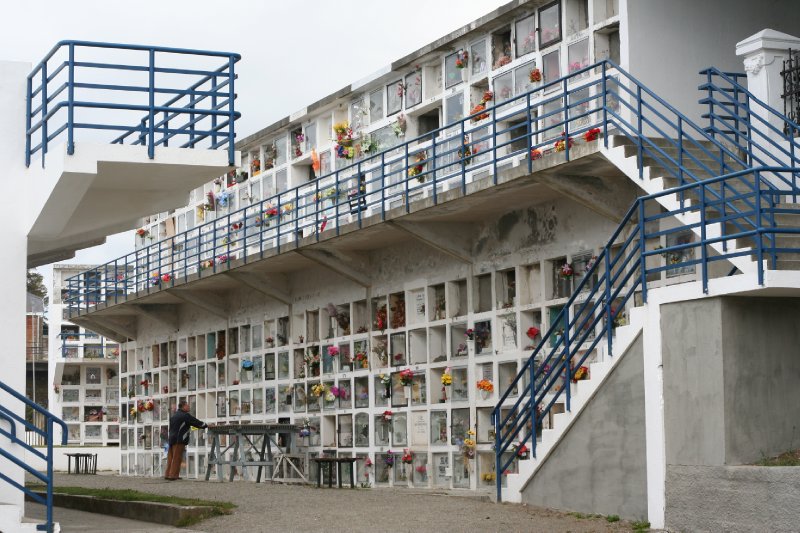 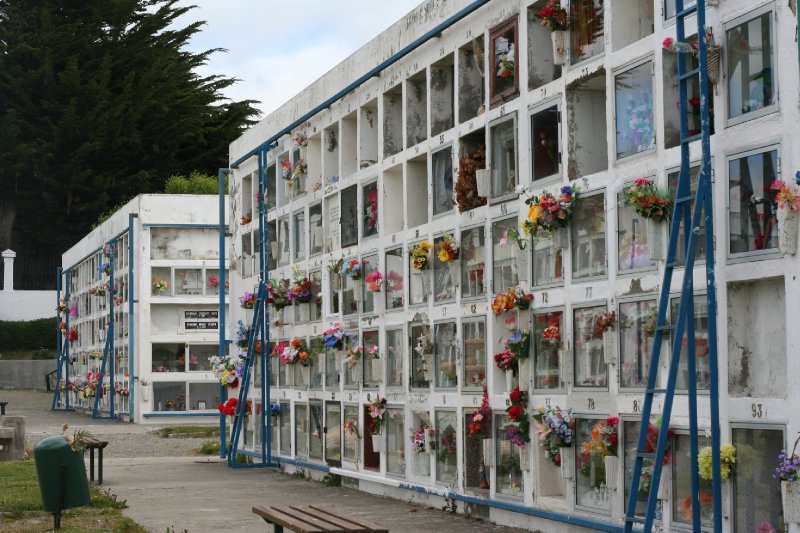 So, this is one way to end up, in a space not much bigger than a deep drawer filing cabinet, with hundreds of neighbours. I found it quite depressing 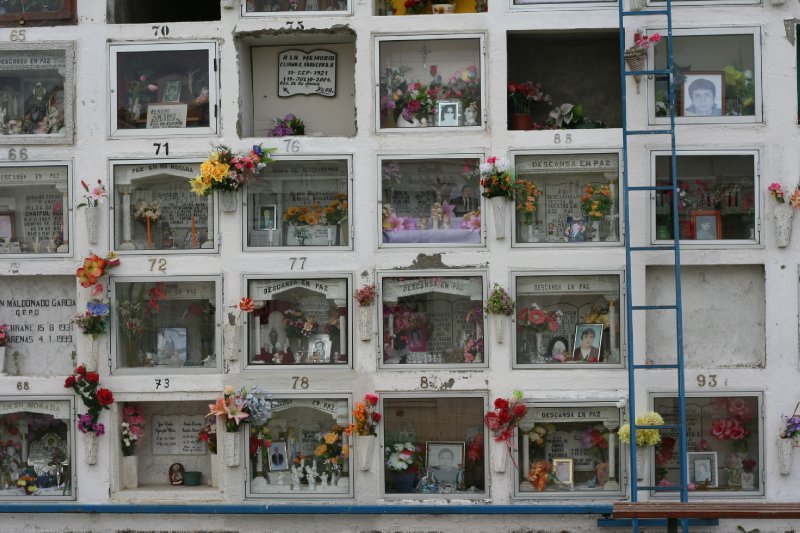 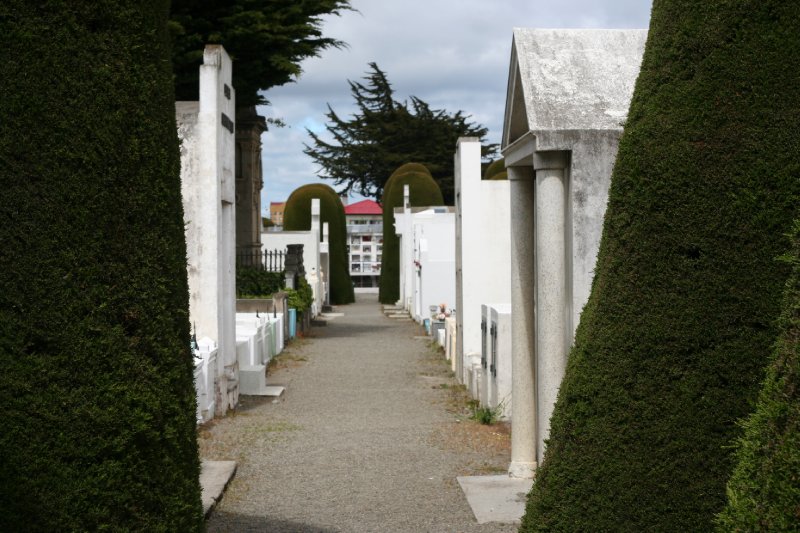 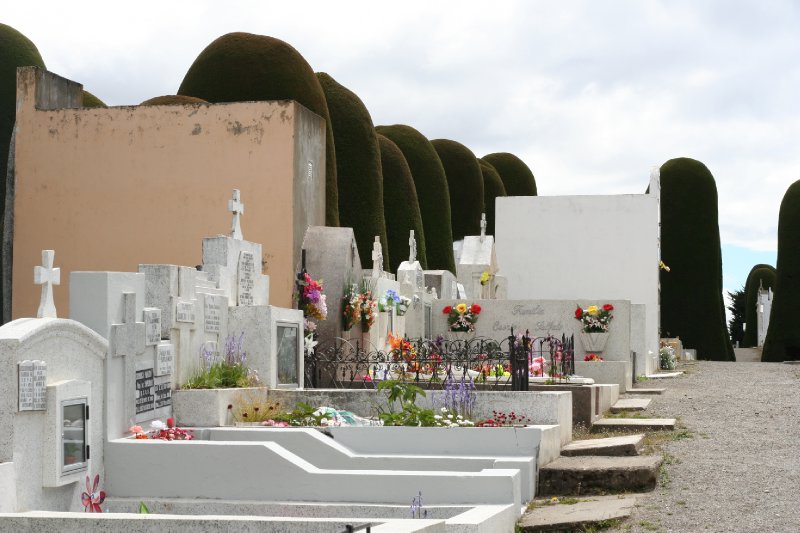 and there were some rather luxurious spots 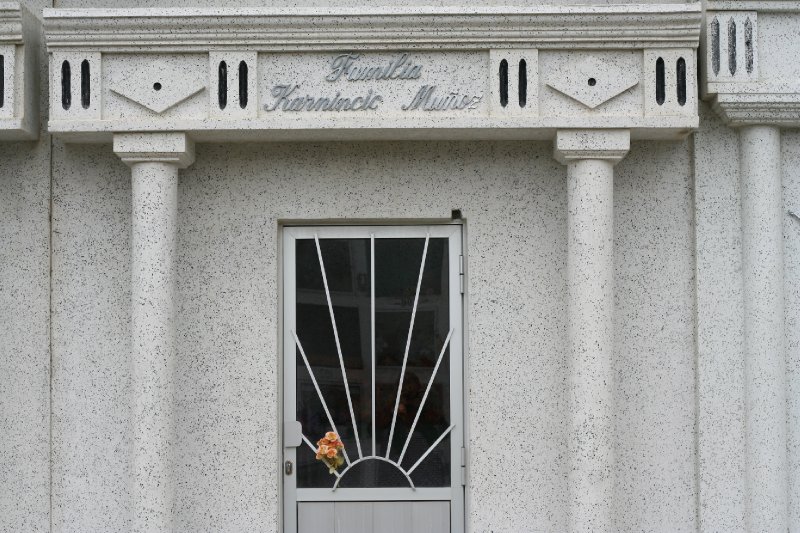 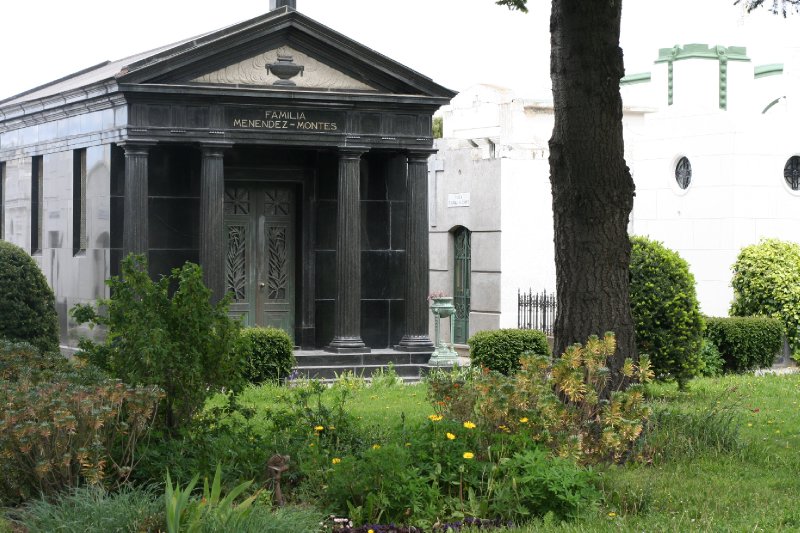 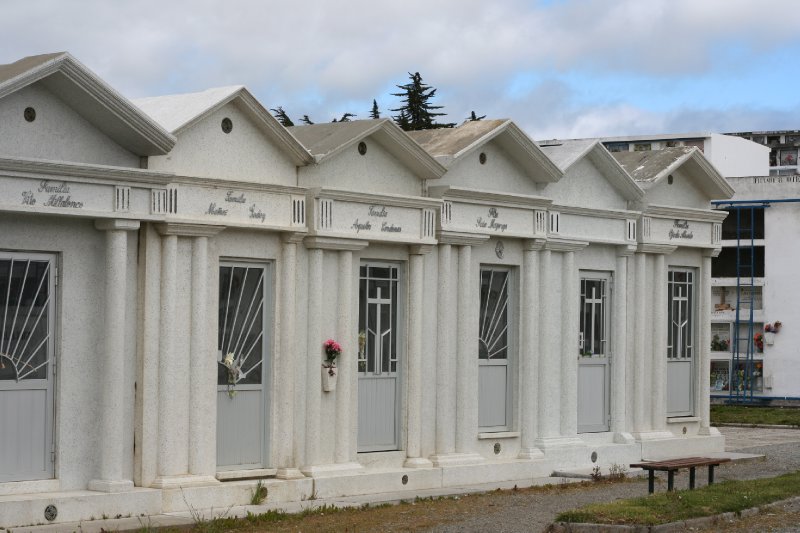 On my last day in Punta Arenas, I woke to a disconcerting sight: four half naked, gorgeous German women getting their day started. Funnily enough, we ended up in adjacent seats on a ferry later in the day, but they showed no signs of recognition. The ferry was across the Magellan Straight to a wee port town on Tierra del Fuego called Porvenir, a sadly run down spot - I described it as sad to Alex back at the hostel, but he insisted the right word is melancholic. The food places were looking so damaged and neglected that I only ate some bread from a panaderia. The one bright spot was the police: I was walking in to town from the ferry and they were kind enough to pick me up. They even said that if I went up the hill, I'd get some photos but, well, I went up the hill and things didn't look much better from there.

On the way back, I shared a taxi with an older German guy: I don't think he enjoyed his trip very much - his only words to me were about the expense of the taxi (he actually harrumped as he climbed out) and he was clearly not happy to be served instant coffee in the cafe. I took the safe option and drank beer.

Posted by NZBarry 04:01 Archived in Chile