This is my last entry for Singapore; obviously I left a little time ago but am running somewhat behind, but I'll get there. There's a map somewhere on this site I have plotted the points I hit post-Singapore.

This entry is really just a random collection of photos I took while in Singapore; I didn't carry a camera around very often, plus I tended to follow the same path between the hostel, work, food but in the last few days I was better about carrying the camera and discovered something about Singapore; it is really quite small, at least the central city. This is a shot I took while waiting for the Singapore Sling mentioned in the last post: 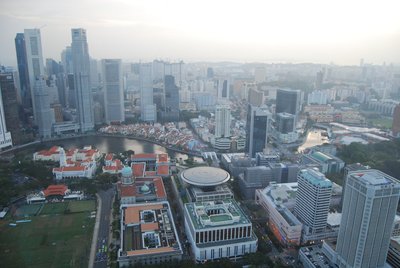 This is how Singapore was looking by the time I'd finished: 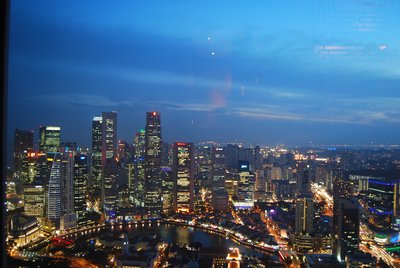 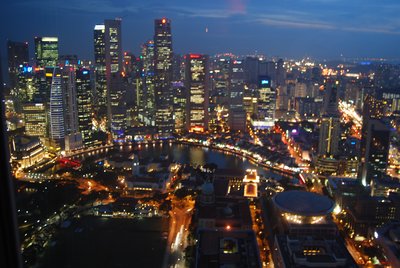 It was a pretty special place to hang out; I could imagine myself becoming a regular if I stayed longer in Singapore. Poor old Dunedin has NOTHING like it - maybe we should take over the top of the Forsyth Barr building and turn it into a bar?

After having my Singapore Sling, I experimented with taking a night shot (it means standing very still, as I keep failing to carry the tripod): 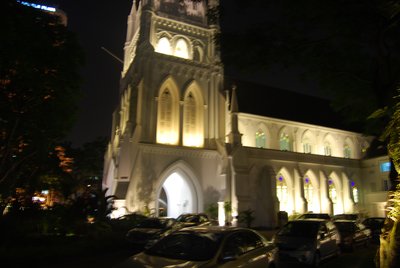 then took off down a street I'd not been down before and within a couple of blocks found myself at the Marina. 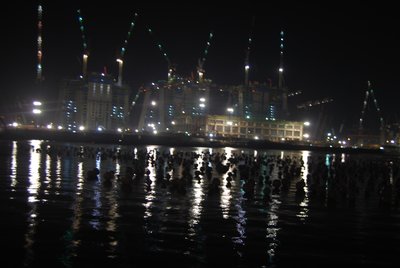 There were a fair few people promenading and, for entertainment, Singapore's National Hand bell Choir (about to go on a world tour, I understand): 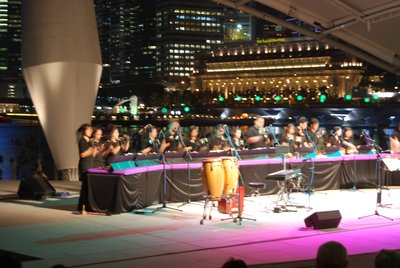 I took quite a few photos but my ability to stand still was a little lacking, so I'll keep them for my own enjoment.

The next day, my last day, I'd done all I could do at NUS so thought I'd change scene and work in the National Library of Singapore. It offers some pretty decent views, sufficient to keep one from working (these are all taken from inside the library, at the level on which I was working)!! 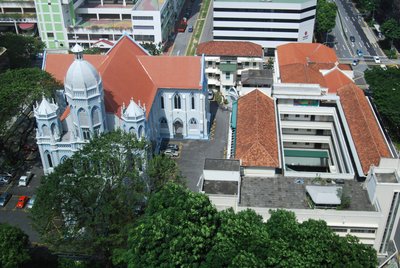 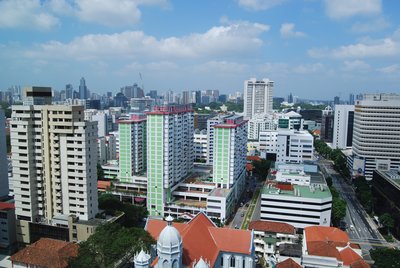 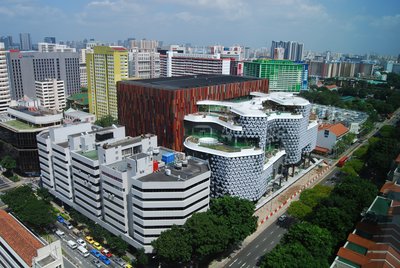 Finally, a building I had often walked past and admired: 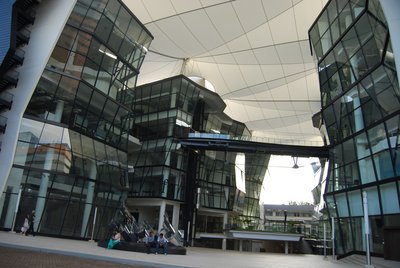 There is nothing anywhere to say what function the building serves, so finally I went inside and found a noticeboard - it is La Salle College of the Arts.

Posted by NZBarry 07:34 Archived in Singapore