I mentioned in the last post that the hotel had a pretty unprepossessing entrance, so much so that I took a photo 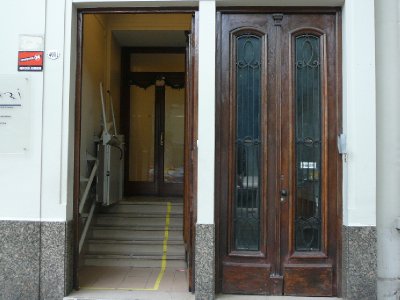 The building opposite was a bit more colourful 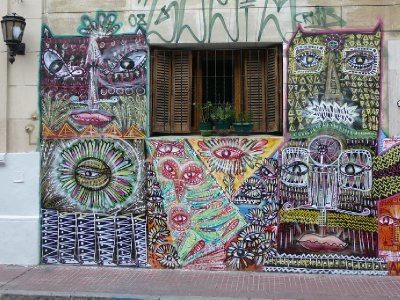 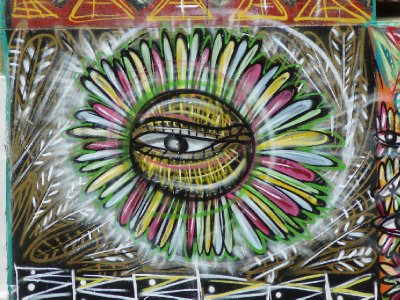 My hotel provided breakfast: coffee, medialunes with dulce leche (caramelised condensed milk) and a tiny glass of some of the best orange juice I've tasted. The hotel manager would fuss around as I ate breakfast and, as if he was offering me the Crown jewels, want to know if I wanted another of his tiny orange juices: of course I did, I just didn't understand why he had to dole it out at about two tablespoons at a time! But breakfast was such a pleasant experience that going somewhere else for breakfast just seemed wrong, cheating somehow. But when you have the glamour of 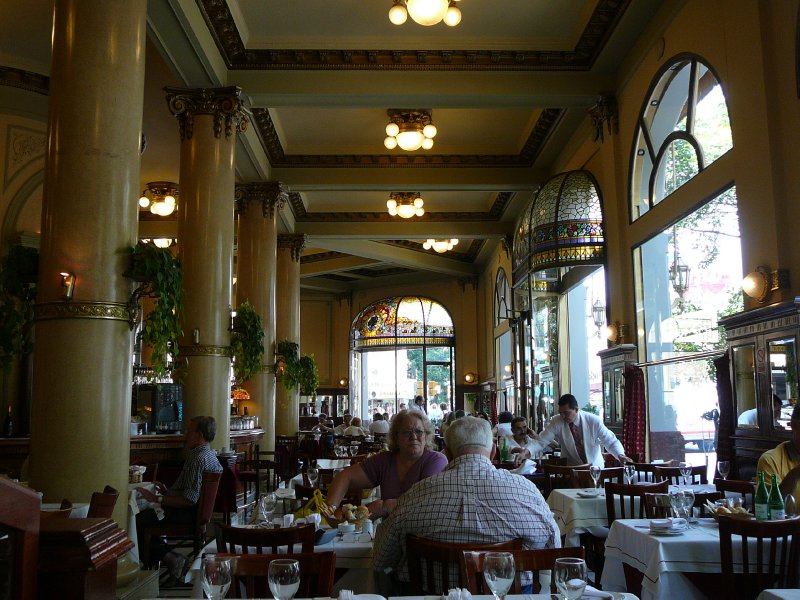 Las Violetas Cafe, well, it is hard not to be seduced and to have some delicious revuelto (scrambled eggs) 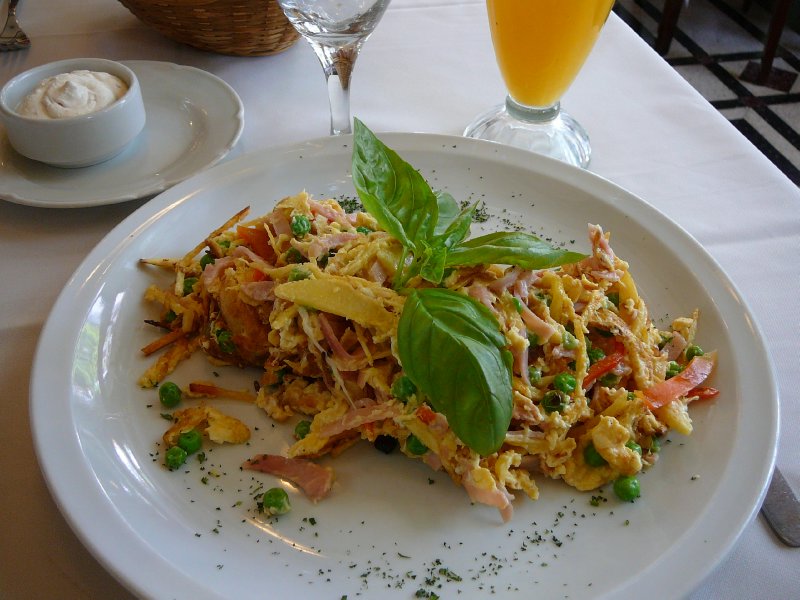 Although I managed to squeeze in visits to a large number of cafes while I was in town, this was by far my favourite. I'd pop in for a morning coffee on my way into each day, and made a point of having dinner on my last night here - service was very formal but warm: obvious professionals. I wish we could have cafes like this in New Zealand. I ended up not seeking out any flash restaurants but concentrated on the cafes near the hotel, and they all did a great job of feeding me.

My first couple of days here saw me wandering in the vague direction of Recoleta, soaking up the experience of being in Buenos Aires. Seeing this 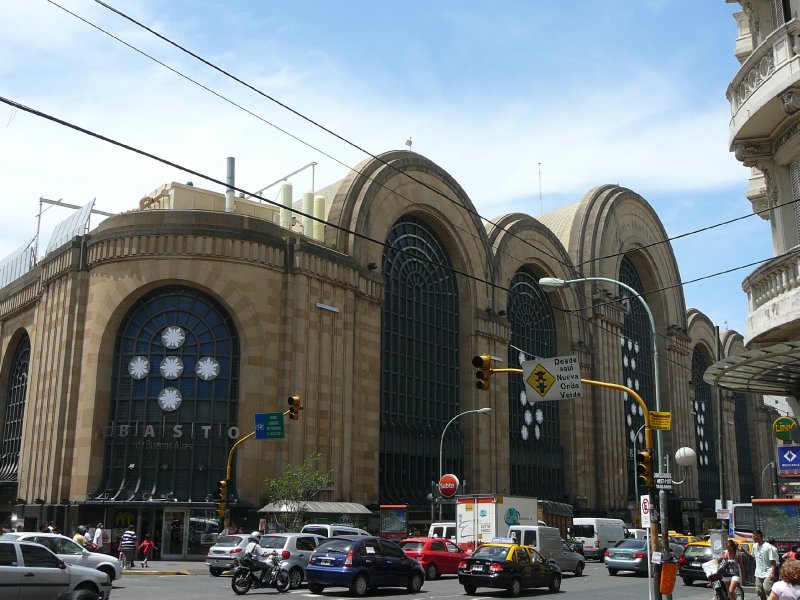 I had to go in and explore - it is the former central market, now an upmarket mall, Abasto Shopping 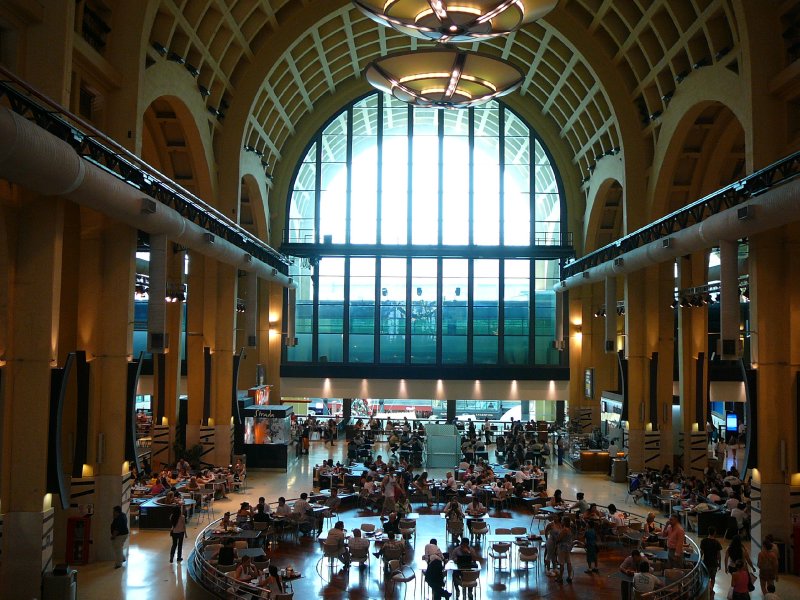 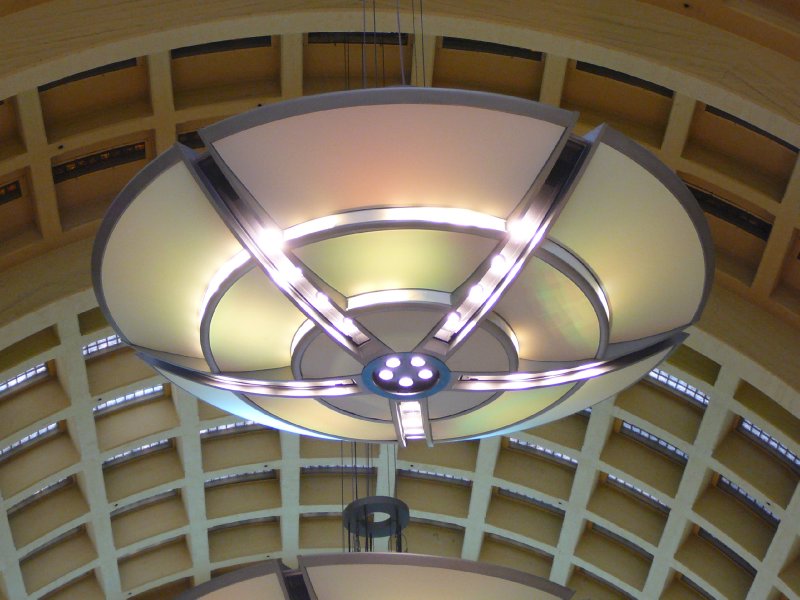 Recoleta is an inner city suburb of Buenos Aires, historically and culturally very important, with one of its major landmarks being the Recoleta Cemetery: lots of very important people buried or entombed here, including Eva Perón. Once again, I was astonished at the sheer grandeur of the cemetery and was happy to just wander around for a while. 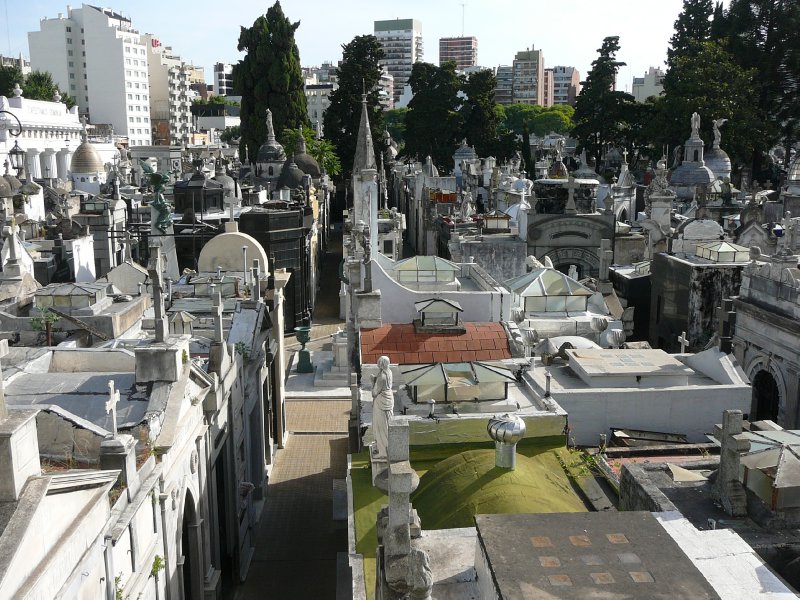 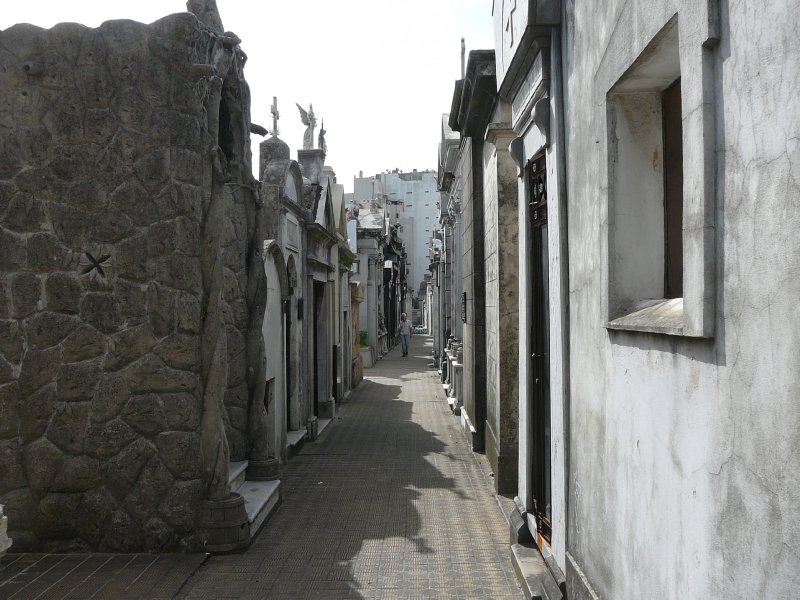 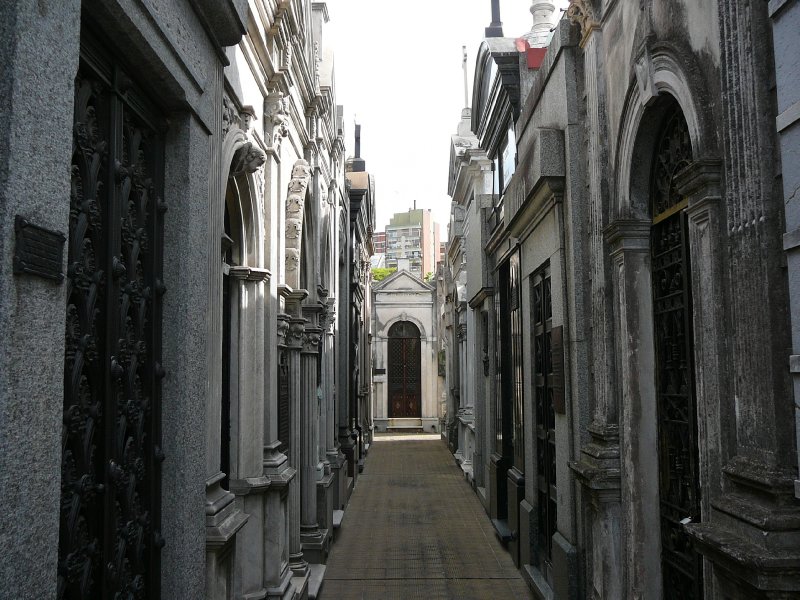 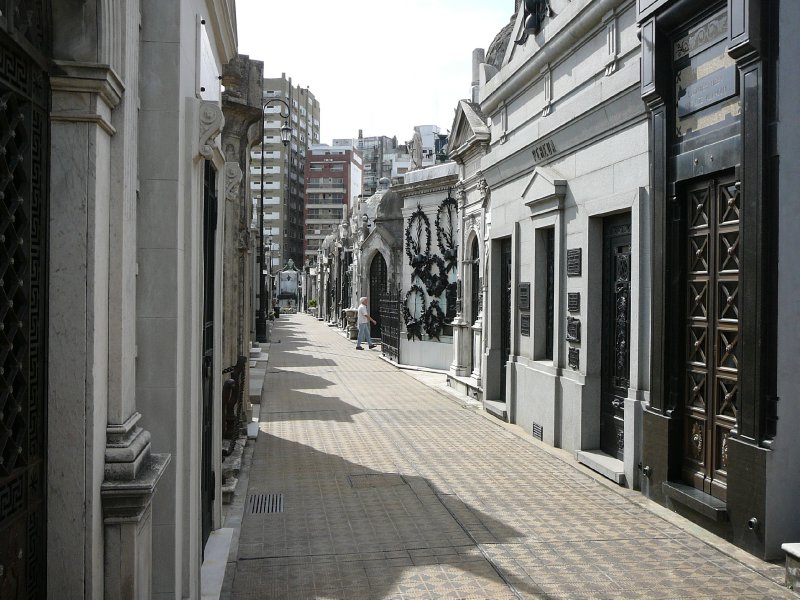 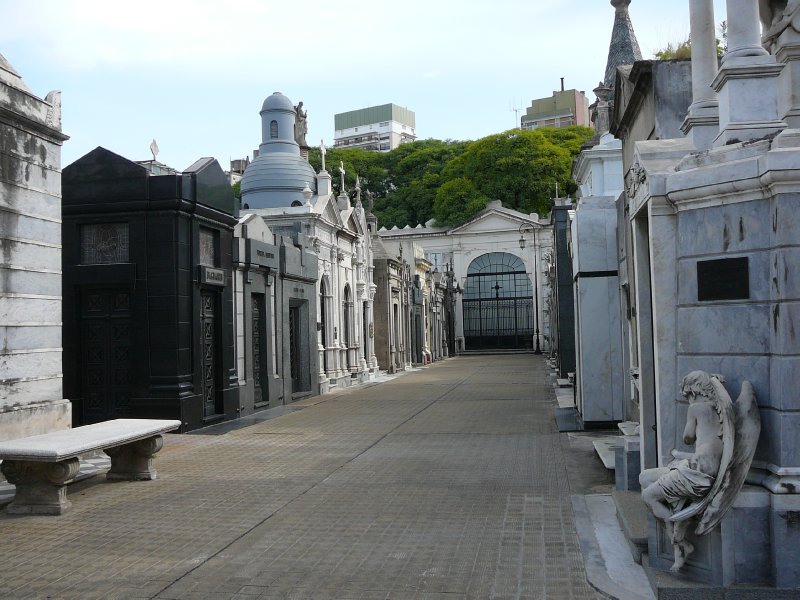 Of course, many tourists make a beeline for Eva Perón's tomb, and I did spot it, but there was always a huge cluster of people, as often as not with a guide explaining why he had brought them to see her tomb and it made me think - I don't actually know much about the reasons for her fame, so honouring her suddenly seemed a bit weird. Besides, it was time for coffee.

Next door to the cemetary is the Church of Nuestra Señora del Pilar, which was built in the early 18th century. It gets a bit of a panning from other tourists as being a bit average, but it seemed special enough to me. 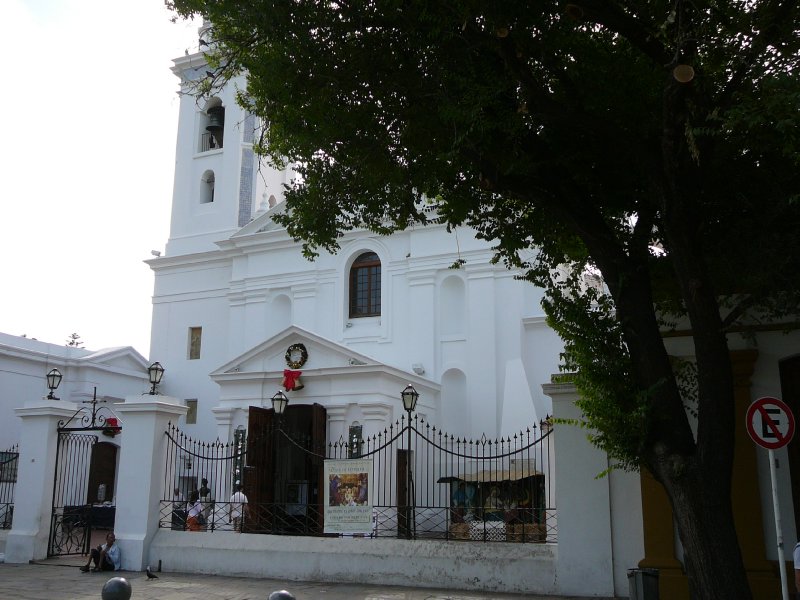 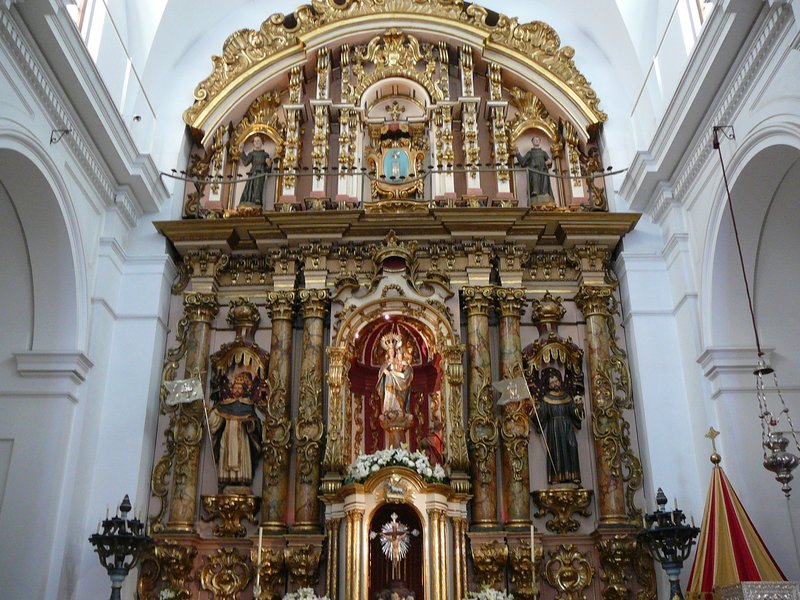 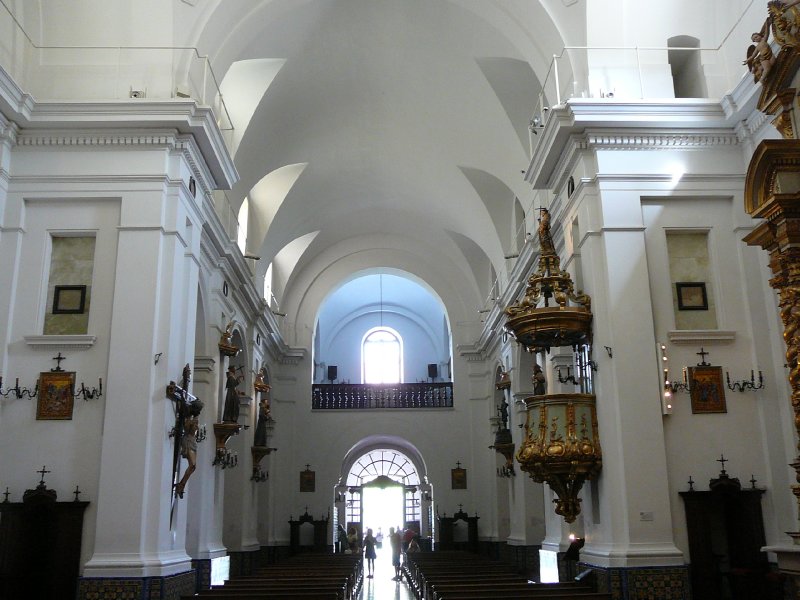 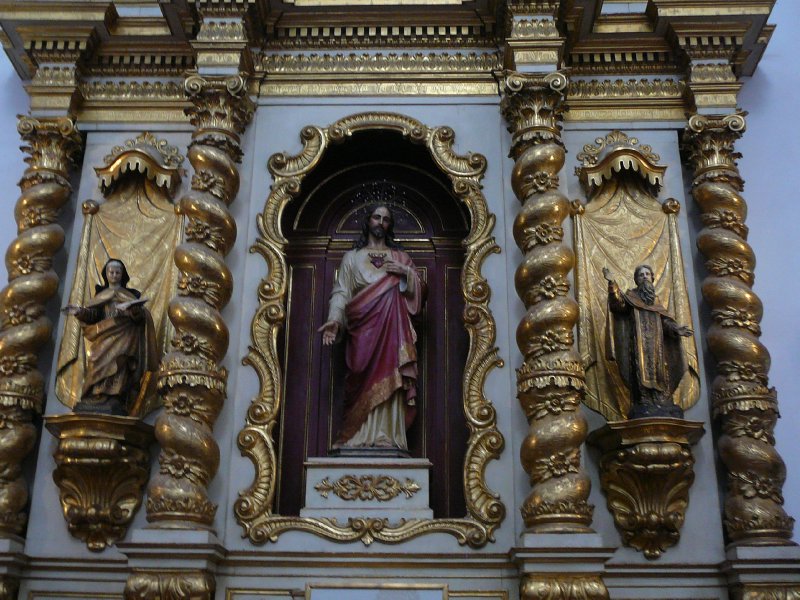 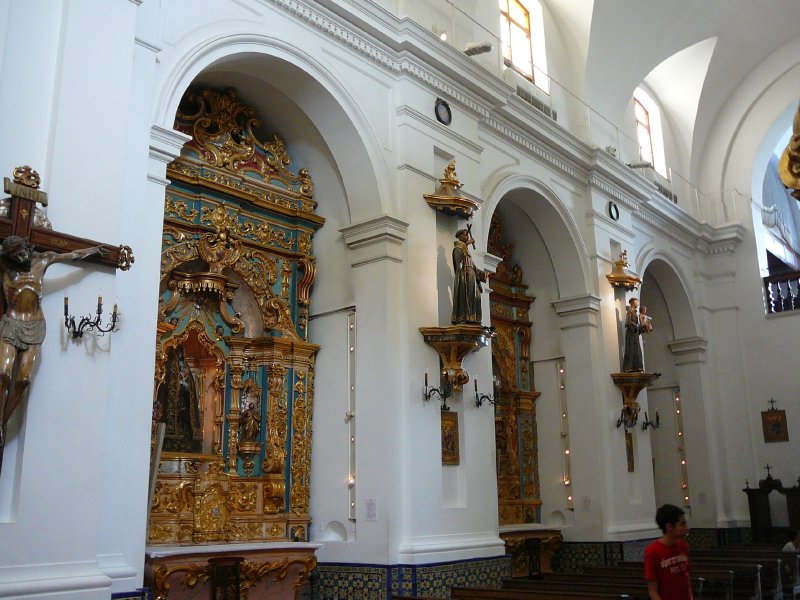 A museum of religious art has been established in the cloisters: it didn't do much for me, but I did enjoy the cloisters themselves. 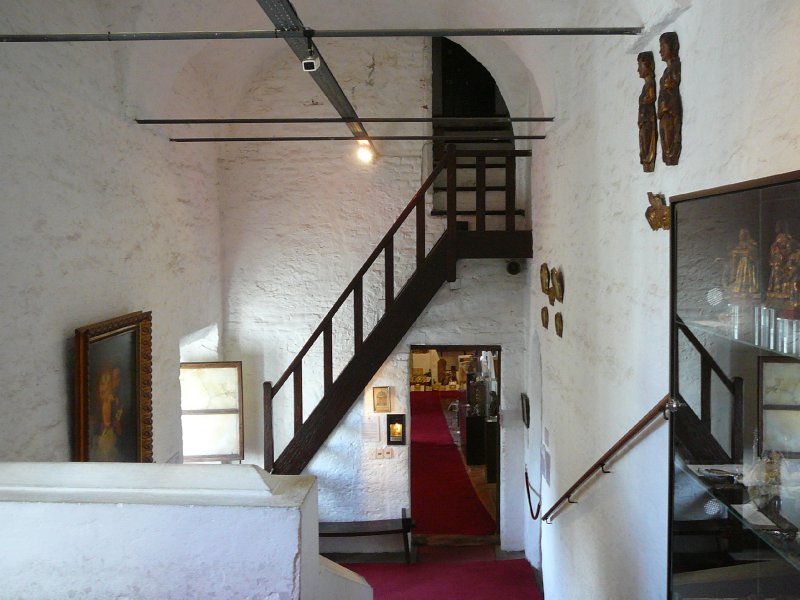 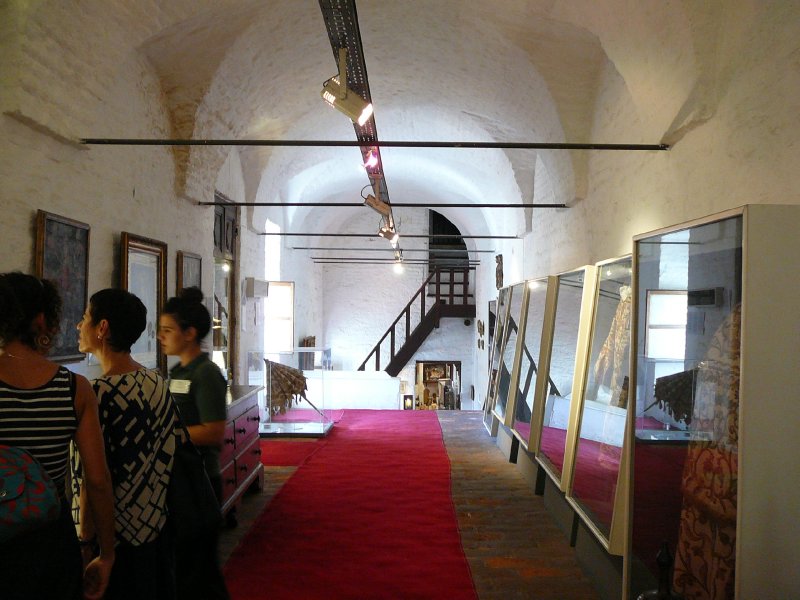 Also in the same area was the Ricoleta Cultural Center, which had an earlier life as a shelter for the poor. 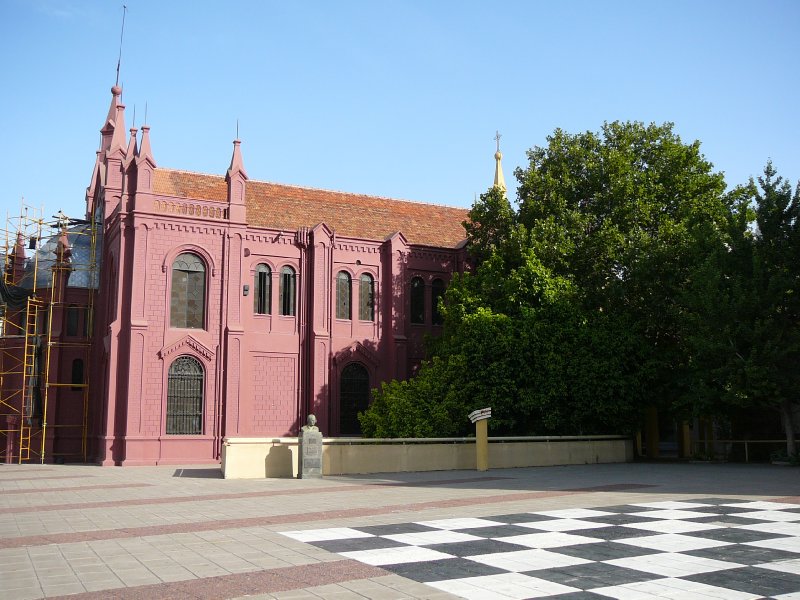 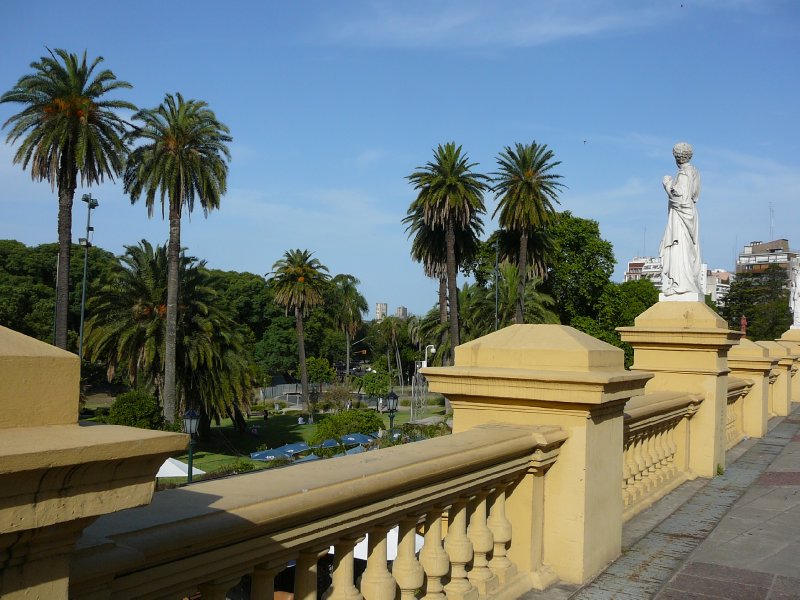 This was a good way to polish off my visit to this part of town. 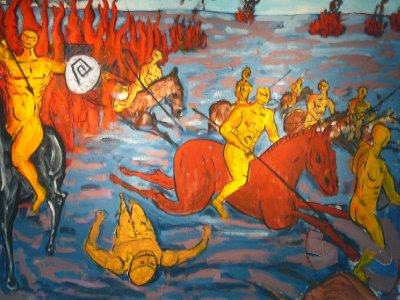 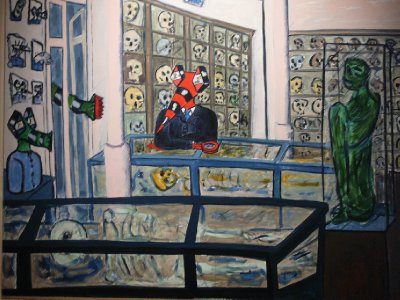 Posted by NZBarry 01:44 Archived in Argentina